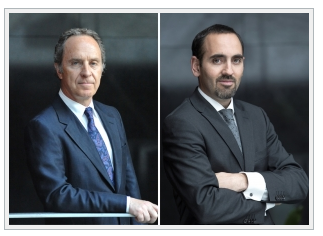 Francesc Mora worked in Мorabanc for 20 years, last six years as President. Under his chairmanship, the Bank managed to increase the capitalization of its subsidiaries in the United States and Switzerland, as well as hold a number of major transactions in the real estate market in Paris, Brussels and Barcelona.

New President Jordi Mora´s candidacy was agreed at INAF (National Institute of Finance of Andorra). This assignment is a part of the Bank´s policy connected with necessity of modernization of the Bank, including the structure of the Board of Directors.

Jordi Mora Magriñà was born in 1953, graduated from the Management school of Barcelona, holds a master’s degree in the area of business analysis. Works for Мorabanc since 1995. He also a member of the Board of Directors of the holding company INOCSA, which controls insurance group of Catalana Occidente. Until this appointment Jordi Mora Magriñà was the Chairman of the Board of Directors of Morabanc.

Òscar Aristot Borràs, who has been a member of the Board of Directors of the Bank since 2013, replaced Jordi Mora. Òscar Aristot stadied in a business school ESADE (Lic&MBA), business school IE (Master of financial management), he also is a financial consultant, accredited by the European financial planning Association. His professional career was closely connected with the financial sector in companies BBVA and Deloitte.