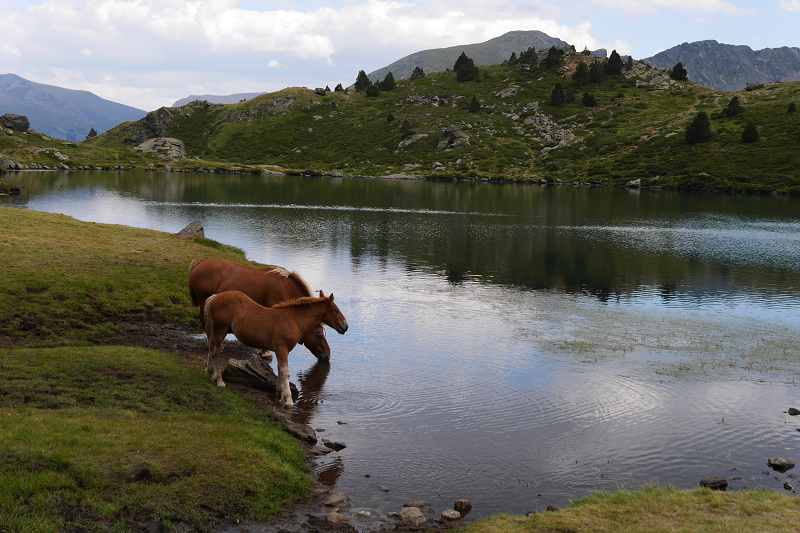 Walking is the best way to get acquainted with the landscapes of the country. During such journeys, a traveler discovers new and new secrets of nature step by step, without any hurry. Andorra offers several long-distance walking routes: far and wide of this amazing country. There are more than 250 km of backpacks routes in Andorra of different complexity.

More than 30% of the territory of Andorra – are national parks under UNESCO protection. The largest park is Madriu-Perafita-Claror Valley. It is situated in the southeast of Andorra and covers a surface area of 4,247 hectares, distributed between the parishes of Encamp, Andorra la Vella, Sant Julià de Lòria and Escaldes-Engordany.

The Valley was declared a World Heritage site by UNESCO in 2004 under the category Cultural Landscape, which is defined as a “joint work of man and nature, which forms a coherent unit for their aesthetic, historical or cultural values.” Landscapes with extraordinary beauty are hence the result of human interaction with the environment.

The preservation of a major valley in its entirety is unusual and this is the only one that remains in the Pyrenees. But although most of the Madriu-Perafita-Claror Valley has been maintained in its natural state, the Valley is not an unspoilt territory.

Ecotourism in Andorra is available by horse riding. Horseback riding over fairy-tale Andorra—is an unforgettable experience. In Andorra, there are several jockey clubs and horse riding schools. The offered routes are not only mesmerizing with beauty but also have educational spirit as far as they go through historical sights of the Principality. Or your choice, there are the route of different complexity rates (with natural impediments in the form of masses of rock, for instance) and length (from one up to several days).

Look here for the full travel guide in Andorra