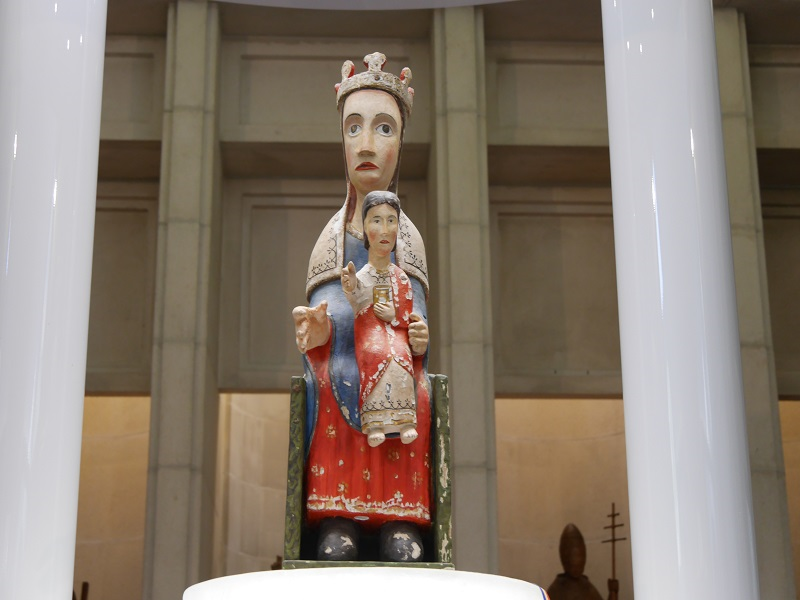 The best Day Of Andorra

Best Day of Meritxell (patroness of Andorra) is one of the most important holidays of the Principality, which is celebrated on 8 September. The name “Meritxel” means “the Light in the middle of the day”.

Official festive events dedicated to the Day of Andorra, are usually held in the Church of Nostra Senora de Meritxell in the district of Canillo. Meritxell day (the day Our Lady of Meritxell, the Patroness of Andorra) is one of the major holidays of the Principality that is celebrated on September 8. “Meritxell” means “Midday light”.

Among other Andorran showplaces this complex presents a special interest due to its scales and diversity. The territory of the church encompasses several architectural monuments: an ancient church in Romanesque style, new church and a capacious lecture hall. The ancient church was built in honor of Holy Mother in the XVII century. In 1972 it was heavily destroyed by the fire. The church was restored only in 1994.

The Legend of Our Lady of Meritxell

It was Three Kings, Epiphany, 6th of January, and very cold. Some people coming up from the direction of Encamp were taking the snow-covered path to Canillo to hear Mass when, to their astonishment, they saw a dog-rose, green-leafed and in full bloom. They drew closer to see what sort of marvel this was and there, under the bush, they found a brightly painted wooden statue of the Virgin and Child. She was 33″ (84cms) tall. They picked her up and carried her to the priest in Canillo. He put her on the altar and, after Mass, locked the church and went home to bed. The following morning he unlocked the church. And lo! The statue had disappeared.

On taking the path home the pilgrims found to their astonishment that the statue had returned to the foot of the dog-rose. Could it perhaps be that she would prefer to be in Encamp rather than Canillo? They picked her up and carried her carefully down the path to Encamp, handed her to the priest who put her on the altar, locked the door and went home to bed. The next day he unlocked the church and found the statue had disappeared. So the people returned to Meritxell and, lo and behold, they found her yet again under the bush. They then realised that that was where she wanted them to build a sanctuary.

After that, the tiny hamlet of Meritxell, first documented in 1176, became a centre of pilgrimage for the whole of the medieval Pyrenees just as modern day pilgrims converge on Lourdes. There is a fascinating ledger which was kept by the priests, noting down all the gifts given to the Sanctuary including such things as wax candles and a bell rope. Over the centuries, thanks in part to the pilgrims, Canillo became the most prosperous parish in Andorra.

After a request from the Consell General (Andorra’s parliament) in 1913, Pope Pius X gave permission for Our Lady of Meritxell to be declared the Patroness of Andorra. The 8th September was declared a national holiday and the Sanctuary became a symbol of Andorran nationhood. For some 50 years (before the Constitution of 1993 separated church and state), the Síndic, (chairman of the Consell General), gave the State of the Nation address outside the Sanctuary after Mass. He would record the events of the past year and tell of the Council’s plans for the next. After which there would be much traditional sardana dancing and barbeques in the surrounding meadows.