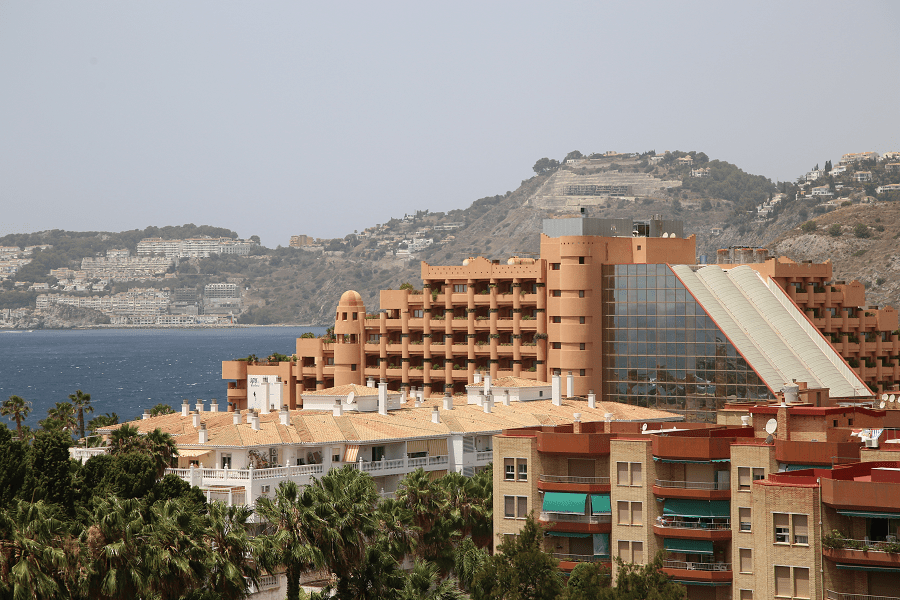 Costa Tropical is a comarca in southern Spain, corresponding to the Mediterranean coastline of the province of Granada, Andalusia. It is also but less frequently called the Costa de Granada or Costa Granadina.

This territory limits to the east with the region of Poniente Almeriense, in Almería (Costa de Almería); to the west with the Axarquía – Costa del Sol, in Malaga; to the north with Alhama, the Lecrín Valley and the Alpujarra Granadina; and to the south it has access to the Mediterranean Sea.

It is a popular part of the Mediterranean resorts of Spain. 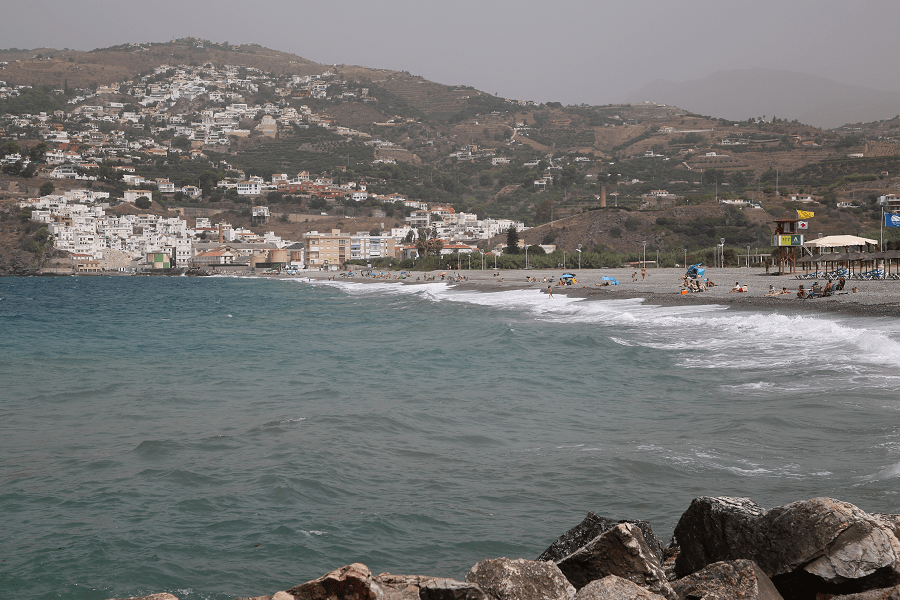 It is made up of 18 municipalities, of which the most populated and extensive is Motril; on the contrary, the municipality with the least number of inhabitants is Lentegí, and the one with the smallest area is Torrenueva Costa. Its traditional and historical capital is the city of Motril.

The Mediterranean climate prevails on the Costa Granadina. The Sierra Nevada mountain range, with the highest heights of the Iberian Peninsula, protects this coastline from the cold north winds and, due to the Föhn effect, creates a subtropical microclimate in localized areas, with 320 days of sunshine a year and an average temperature in around 20 ° C. 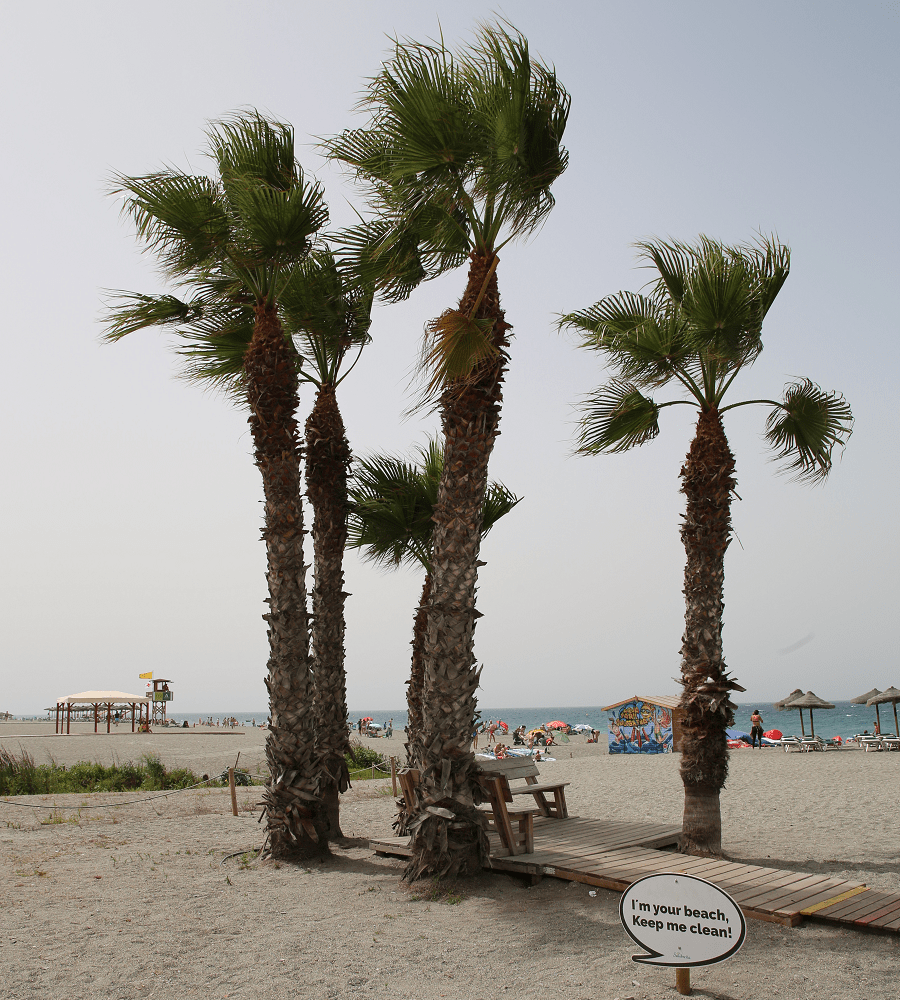 The climatic conditions of the Costa Grenadine have developed a culture of exotic tropical fruits unique throughout Europe. This is the case of the custard apple, which has a designation of origin and has made Spain the world’s leading producer of this fruit. There are also crops of papayas, avocados, mangoes, guavas, etc.

Another type of crop typical of the Costa Grenadine is sugar cane, which entered Europe through the Iberian Peninsula and is only grown here from the entire continent. 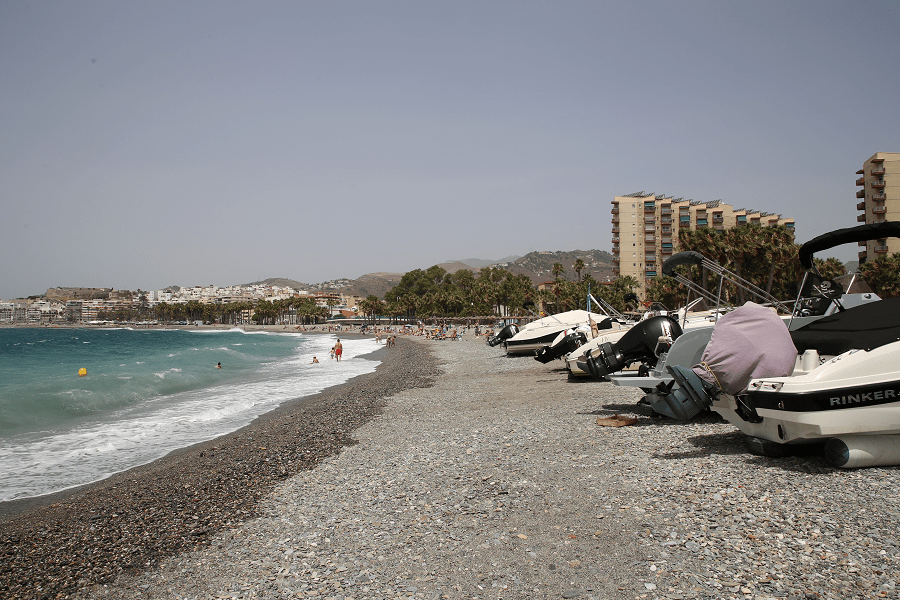 The Costa Tropical has many historical sights, including prehistoric cave paintings in nearby Nerja; many Roman ruins including roads, bridges, buildings, fish salting factories, and irrigation systems used to this day; and abundant remains of the many-centuries domination of the region by the Arab conquerors. In fact, Almuñécar served as the entry point to Iberia and establishment of a power base for Abd ar-Rahman I in 755, who came from Damascus and was the founder of an independent Muslim dynasty that ruled the greater part of the Iberian Peninsula for nearly three centuries thereafter. 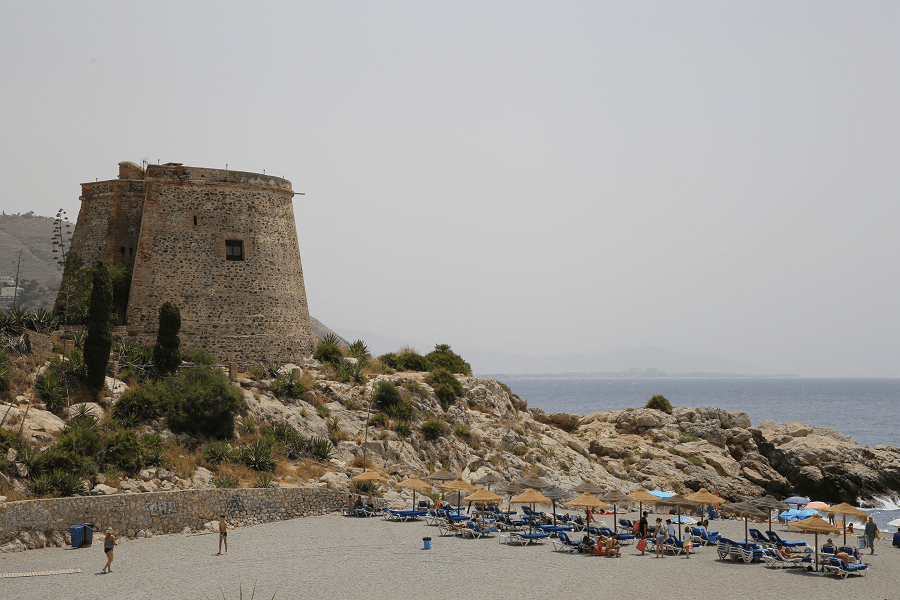 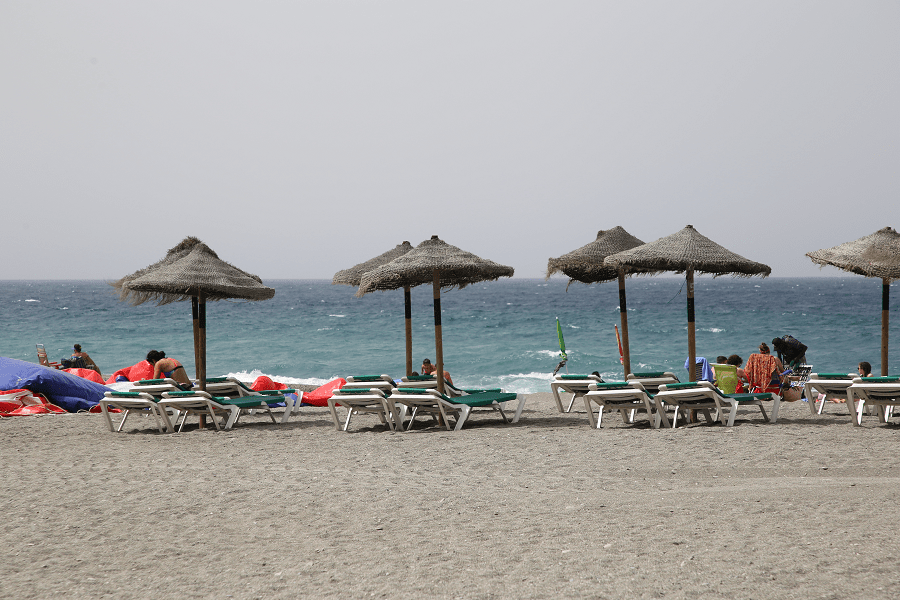 The nearest international airports are in Malaga and Granada. 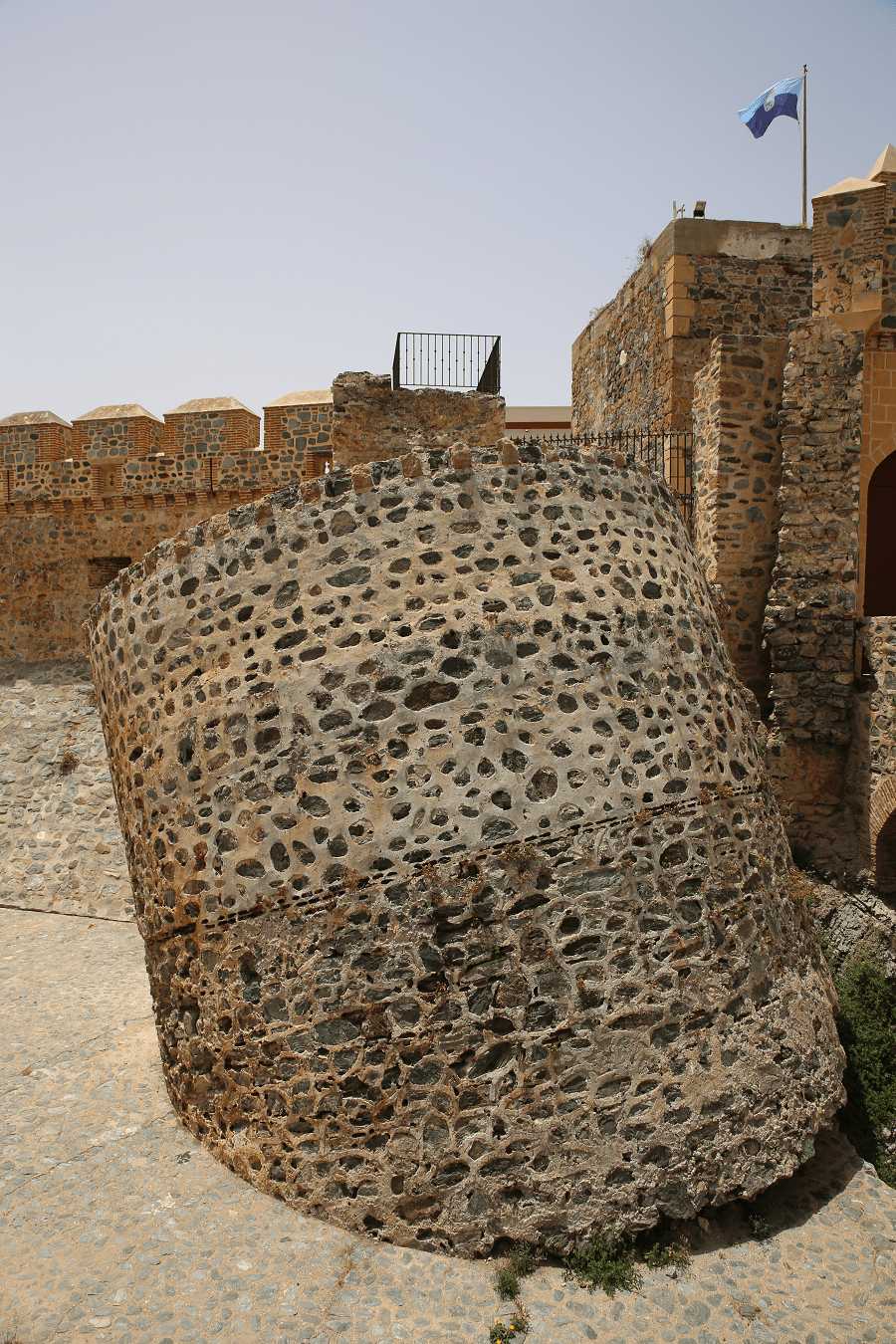 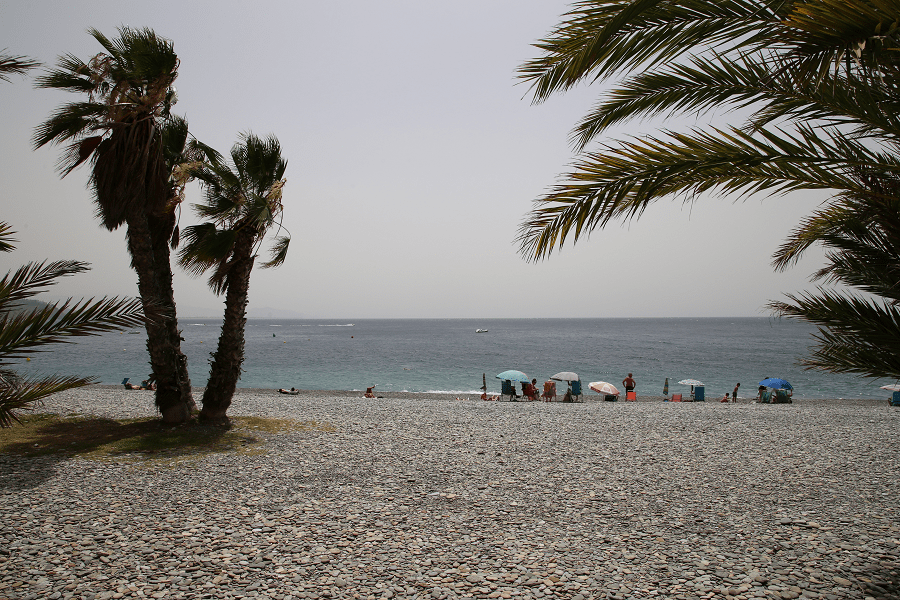 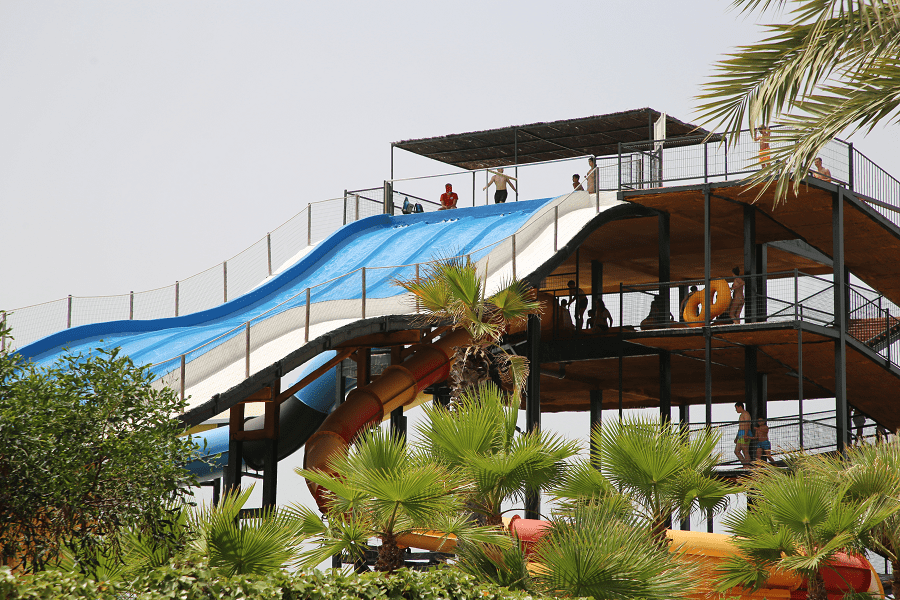