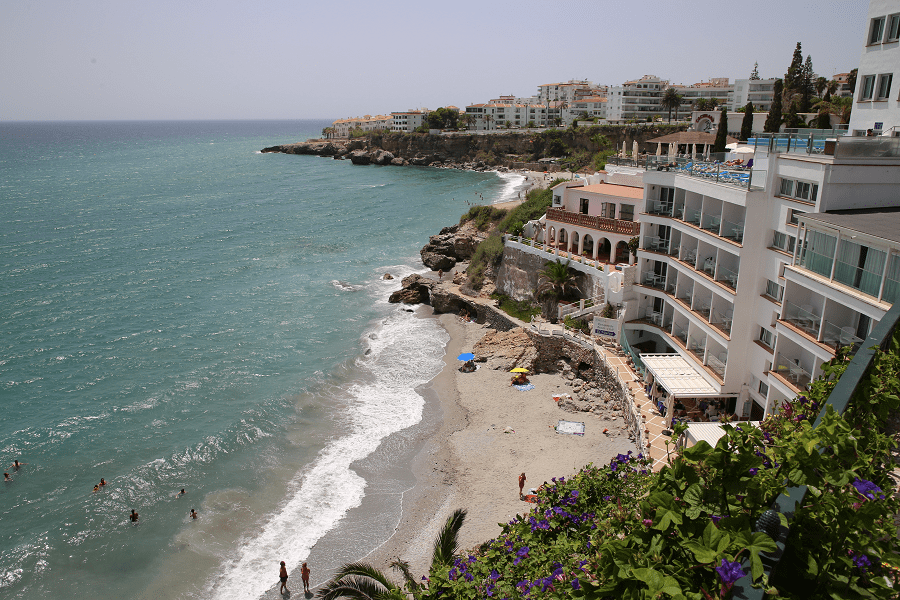 Nerja is a municipality in the province of  Malaga (Spain) and the easternmost town in the Axarquía region, Andalusia.

It has a long history proven by the paintings found in the Cueva de Nerja, discovered in 1959, which could constitute the oldest rock art images in the history of mankind with 42,000 years old. Under Muslim rule, its name was Narixa, which means “abundant source” and is the origin of the current name. 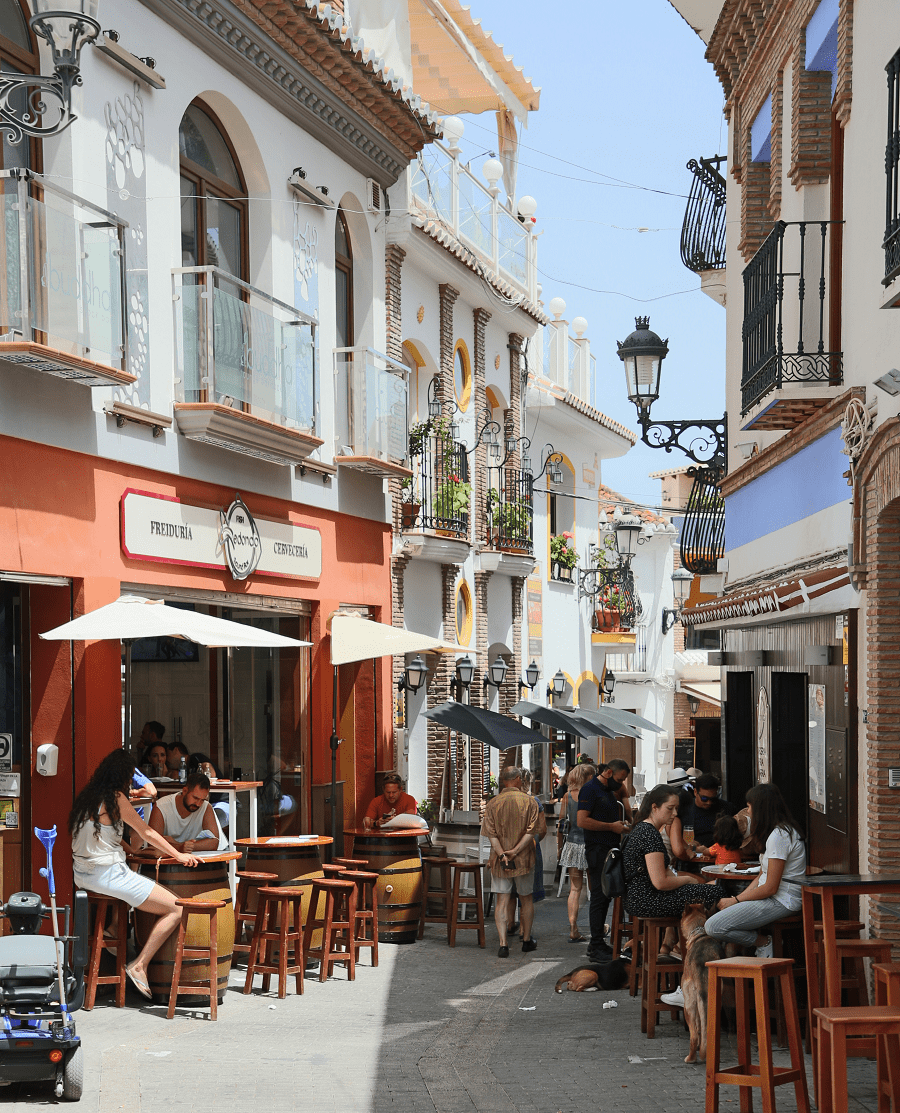 Since the 1960s it has been a preferred tourist destination belonging to the Costa del Sol part (its easternmost resort) of the Mediterranean resorts of Spain.

In 2020 it had an official population of almost 22,000 inhabitants, one third of which were predominantly English residents.

Nerja has a mild climate all year round, which allows the cultivation of subtropical fruits such as custard apple, avocado or mango. 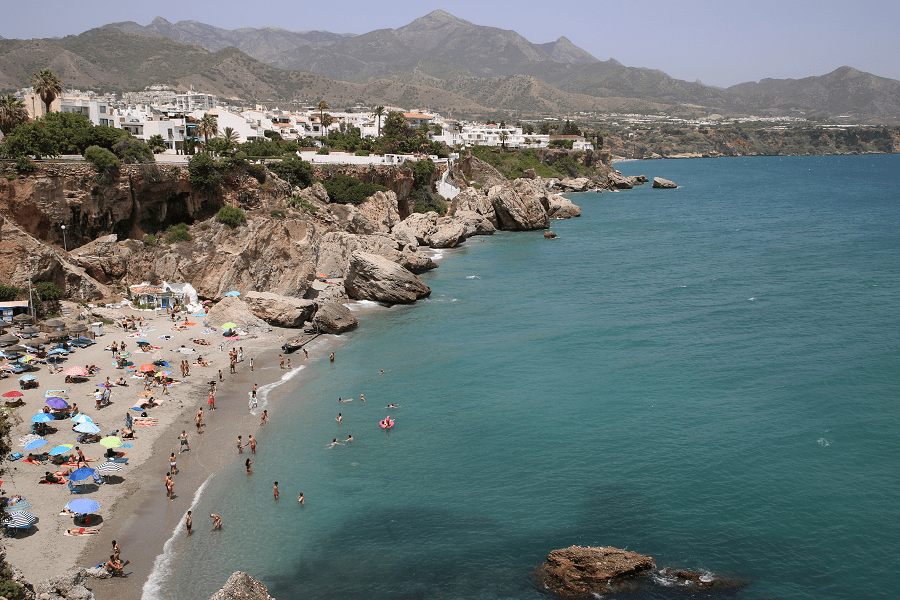 Balcón de Europa: in the center of town is the Balcón de Europa, a viewpoint with stunning views on the sea. The name “Balcony of Europe” was proposed by King Alfonso XII who visited the area in 1885 after a disastrous earthquake. It was King Alfonso XII, who came to this place to check the damage caused by the earthquake and gave it the name it has today. It was given the name of Balcón de Europa, because when looking out it seemed as if Europe ended there, the next thing would be Africa, hence the name “Balcony.” 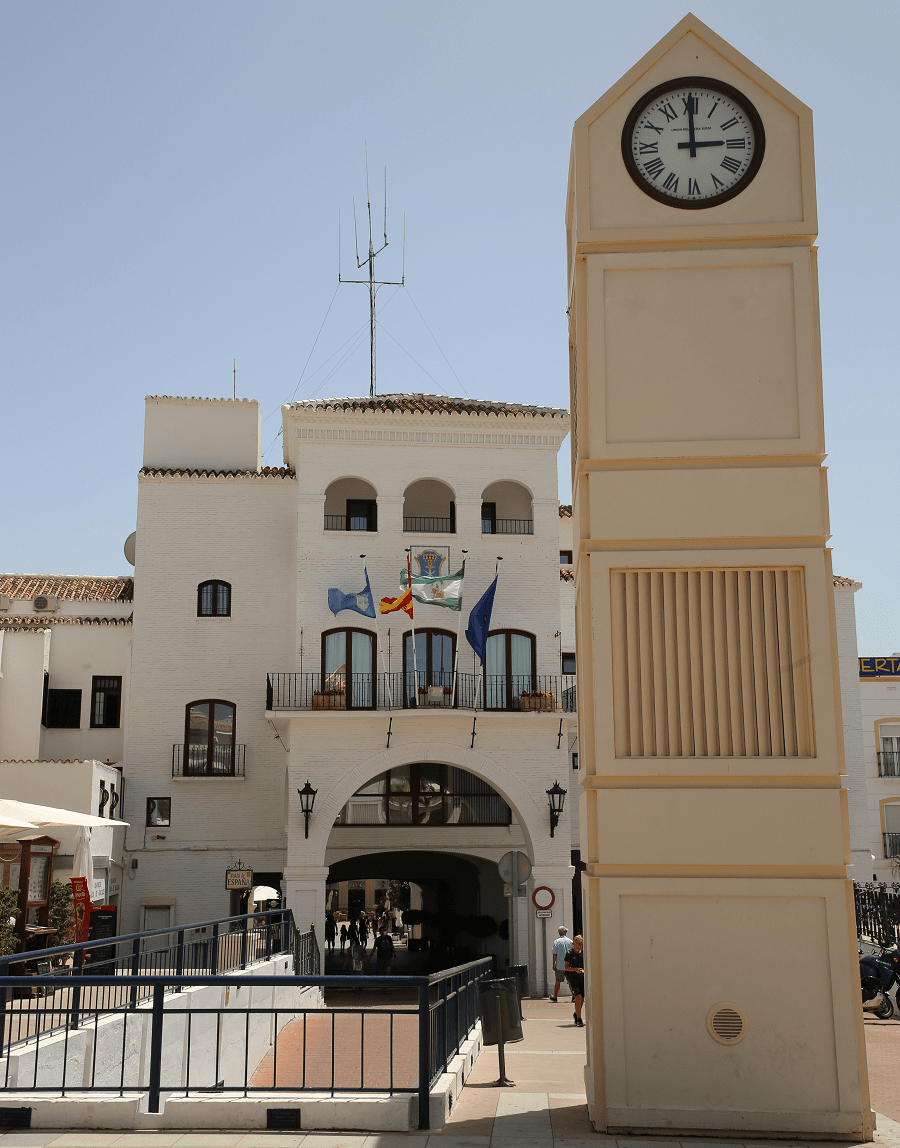 The Aguila aqueduct is a 19th century civil work located in the municipality. Also known as Puente del Águila, it was built to transport water to the mills of the old San Joaquín de Maro Sugar Factory. Its architect was Francisco Cantarero Martín. The Azucarera-Alcoholera de San Joaquín company, owners of the factory, sold it to the Azucarera Larios company in 1930. Decades later, the latter transferred it to the Nerja City Council in 2005, becoming public ownership. Restoration works began in 2010 and ended in 2012. 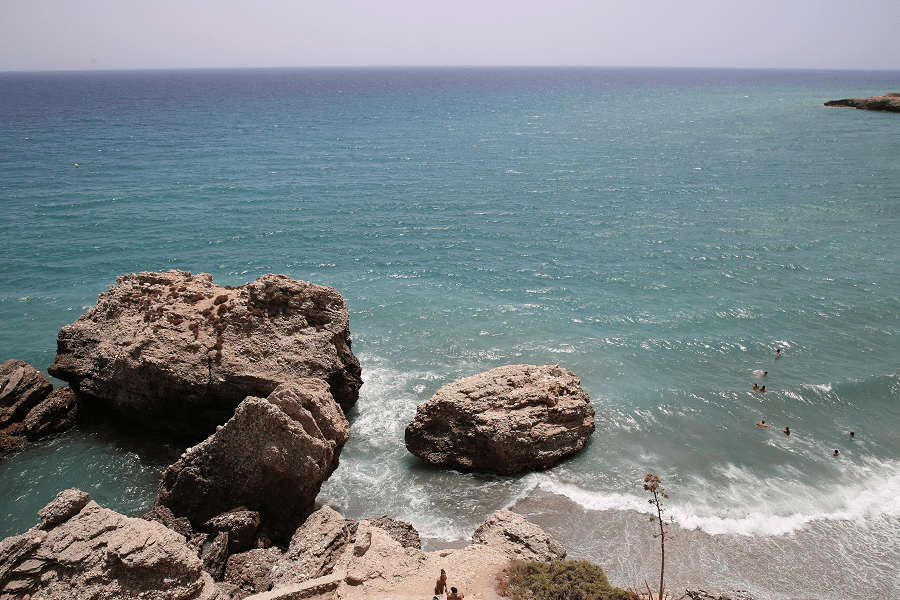 Ermita de las Angustias: a 17th century work in the Baroque style. Its simple belfry and the frescoes on the dome stand out, attributed to the Granada school of painting by Alonso Cano.

Church of El Salvador: work of the 17th century, Baroque and Mudejar. It has a square tower and an orthogonal bell tower. Inside it keeps wall paintings by Francisco Hernández.

Iglesia de las Maravillas: a small temple of popular architecture, also from the 17th century and located in the town of Maro. 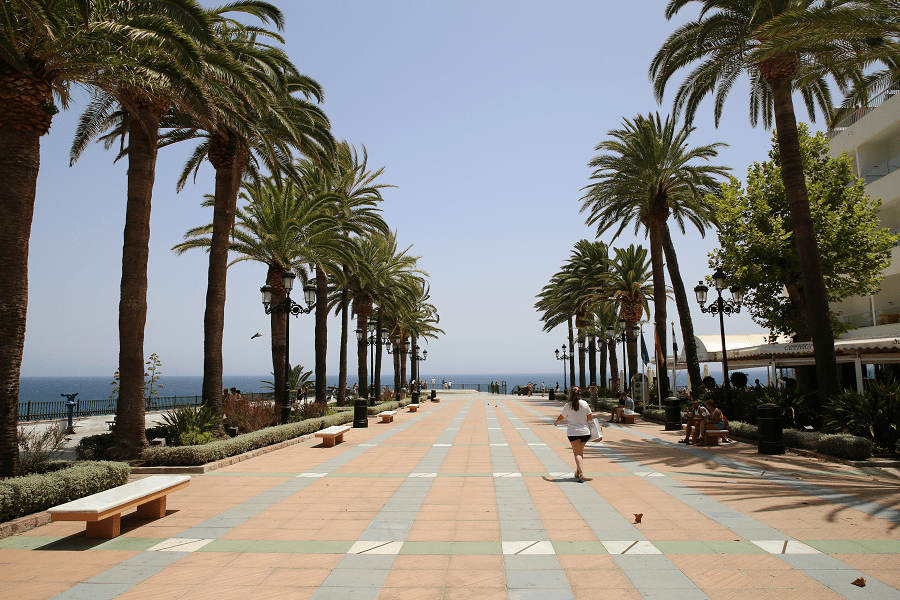 Ingenio de San Antonio Abad: one of the few preserved sugar factories of the many that existed along the Malaga coast.

Nerja History Museum: The History Museum houses a review from the Prehistoric Age to the present day where reference is made to the city, its history and its Natural Heritage. It also has educational workshops for the youngest and with the most advanced technology such as interactive touch screens. The museum is located in the heart of the city, a few meters from other tourist resources such as the Balcón de Europa. 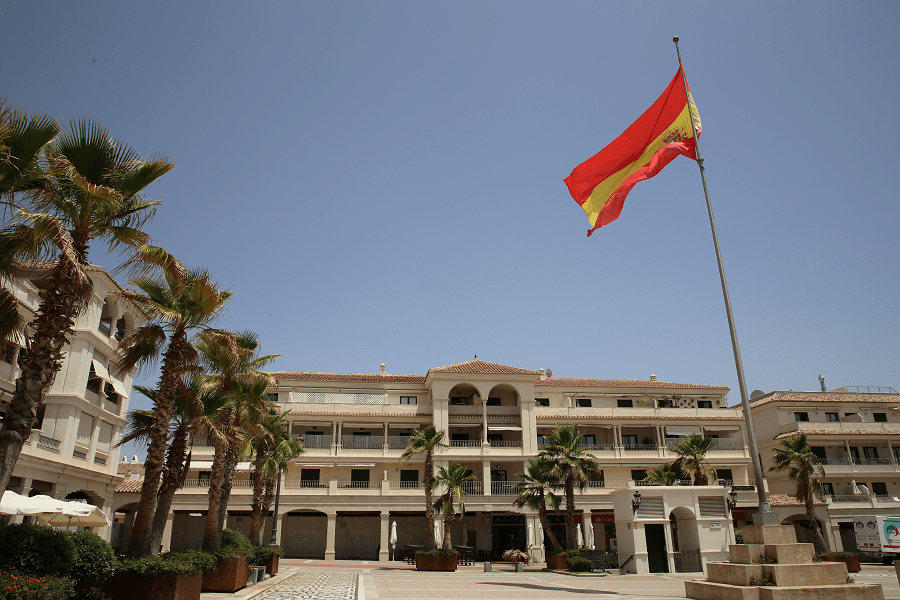 The Caves of Nerja are a series of caverns close to the town. Stretching for almost five kilometres, the caverns are one of Spain’s major tourist attractions. Concerts are regularly held in one of the chambers, which forms a natural amphitheatre. The caves were re-discovered in modern times on 12 January 1959 by five friends, who entered through a narrow sinkhole known as “La Mina”. This forms one of the two natural entrances to the cave system. A third entrance was created in 1960 to allow easy access for tourists, just south of the Sierras of Tejeda, Almijara and Alhama Natural Park. 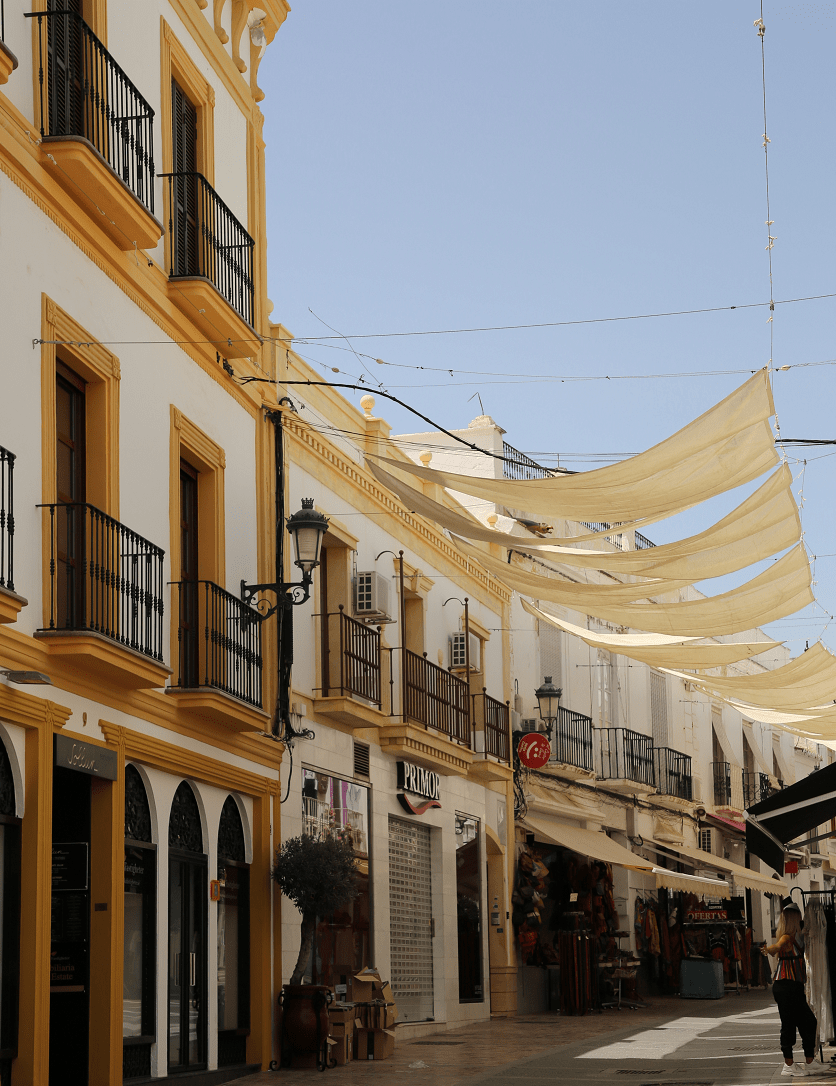 The Sierras of Tejeda, Almijara and Alhama Natural Park is a protected area. It contains the Sierra de Tejeda and Sierra de Almijara mountains. The park is mountainous and is partly covered by pine forests at the lower levels, while typical Mediterranean vegetation is found higher up. There is a large number of endemic species. 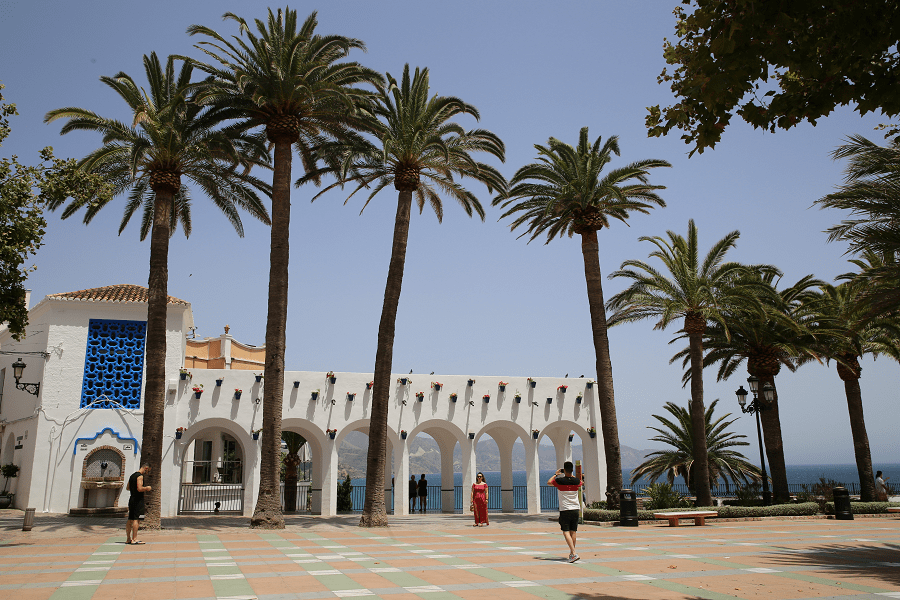 The Pico Navachica is the highest peak in the Sierra Almijara. The peak has an elevation of 1,831 metres, prominence of 597 metres and isolation of 19.57 kilometres from La Maroma to the WNW. The mountain is in the Nerja municipality of the Axarquía, which extends from the mountains down to the Mediterranean Sea. It is in the Sierras of Tejeda, Almijara and Alhama Natural Park. 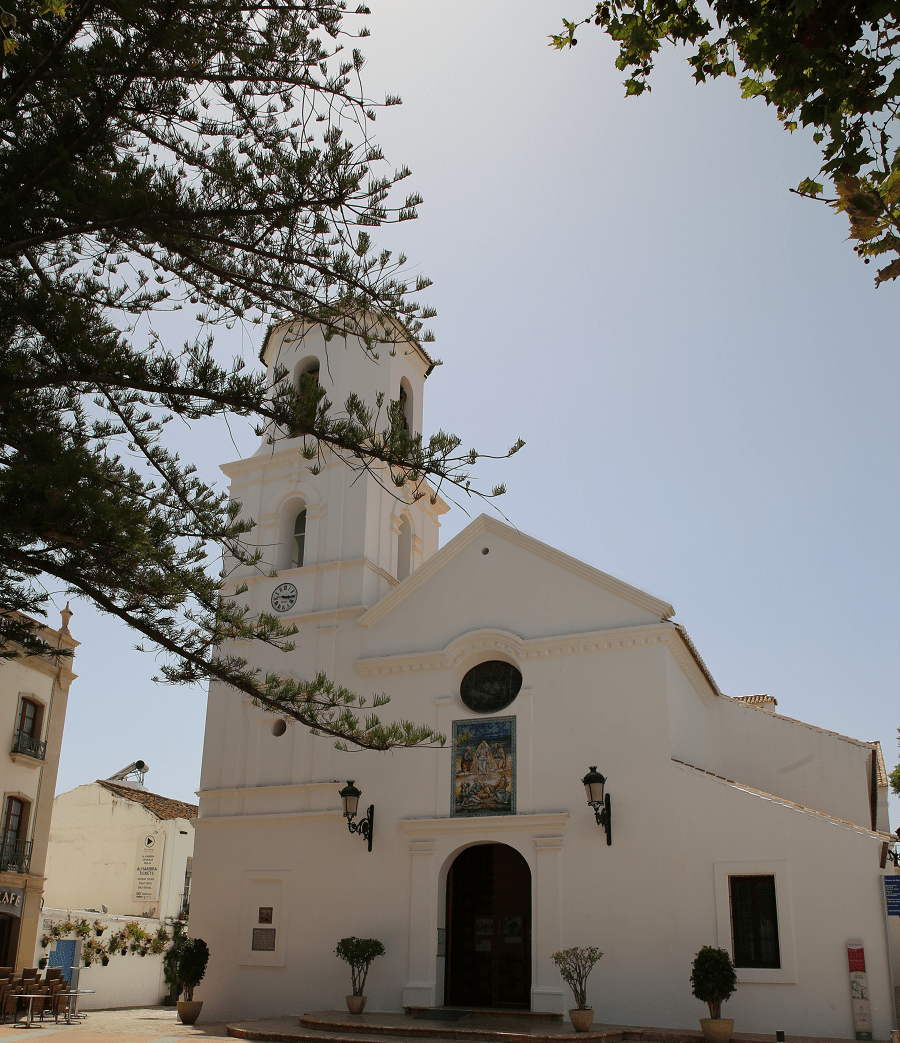 Nerja consists of more than 14 km of coastline, from west to east, the name of its beaches are Playazo, Chucho, Torrecilla, Salón, la Caletilla, Calahonda, el Chorrillo, Carabeo, Carabeillo and Burriana. El Playazo has an environment that has not yet suffered the consequences of the uncontrolled urbanization of the Malaga coastline. 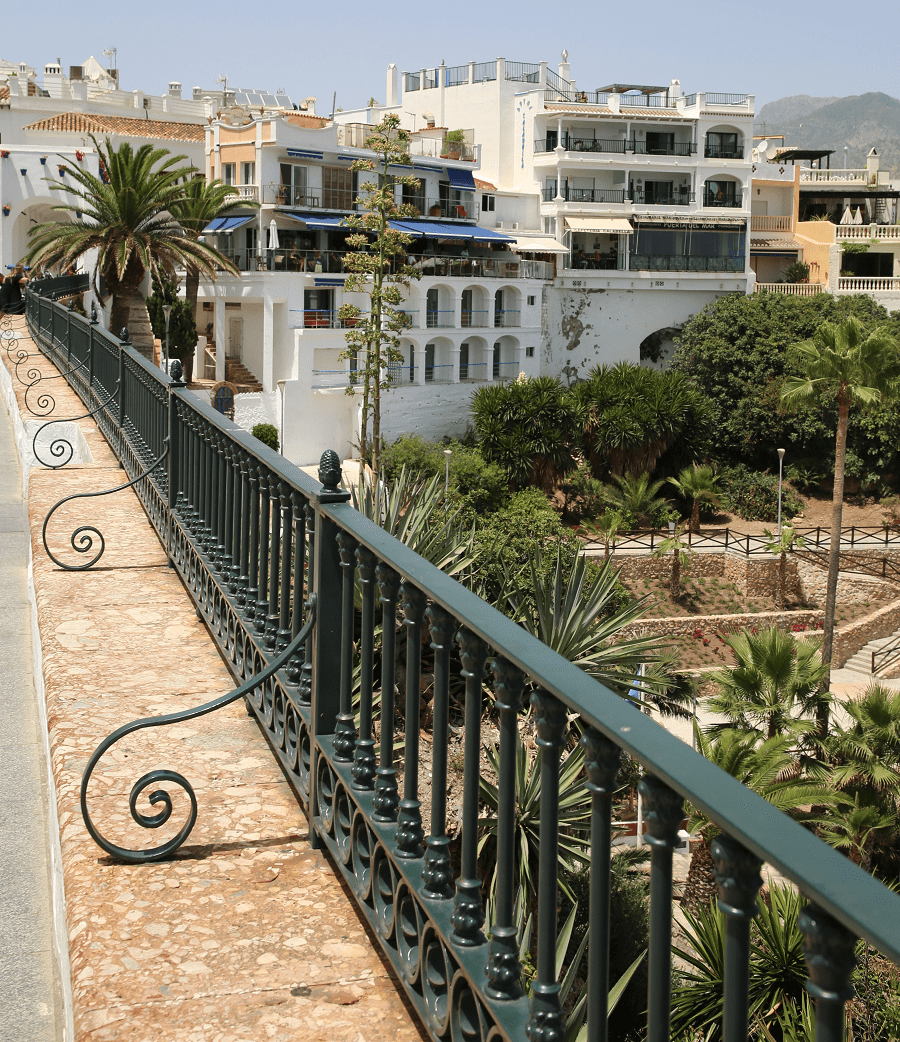 Burriana and Torrecilla beaches are accessible for wheelchair users. The name of its cliffs are the Cala “Barranco de Maro”, the Caleta, the cliff of Maro, the Torre de Maro, the Paper Mill, the Alberquillas, Cala del Pino ”and Cala El Cañuelo. 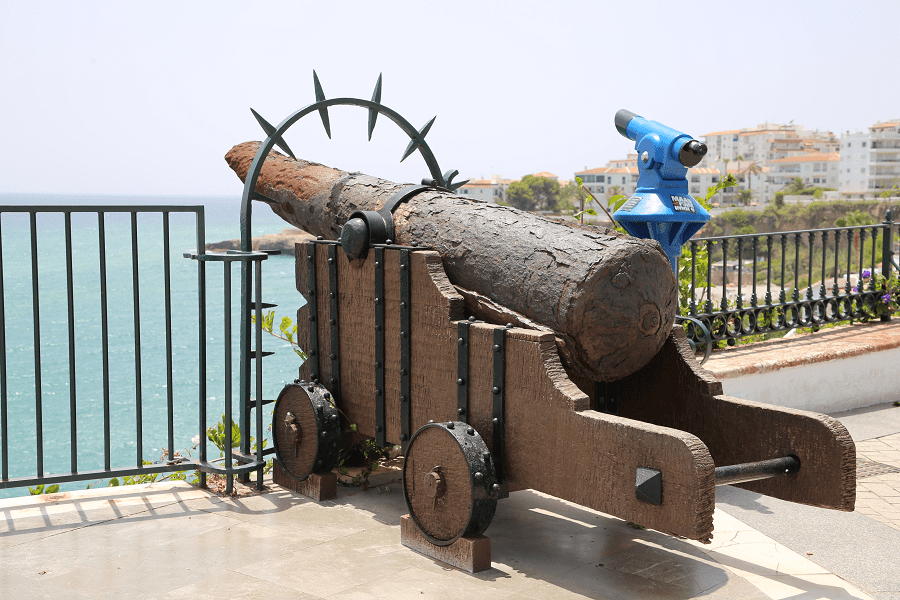 Nerja’s gastronomy is typical Mediterranean, with an abundance of fresh fish and tropical fruits. Typical dishes of the town: the ajoblanco with grapes, the ajocolorao, the sweet potatoes in sugar cane honey, the Nerja cabbage, the pickled anchovies, the fried pumpkin, the avocado salad, the almond soup. 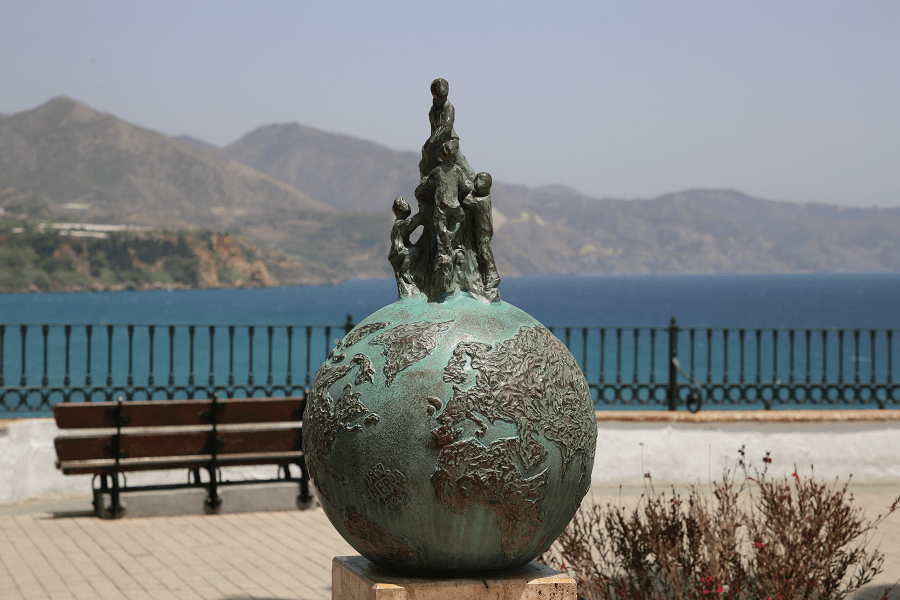 There are two Michelin restaurants in the city: 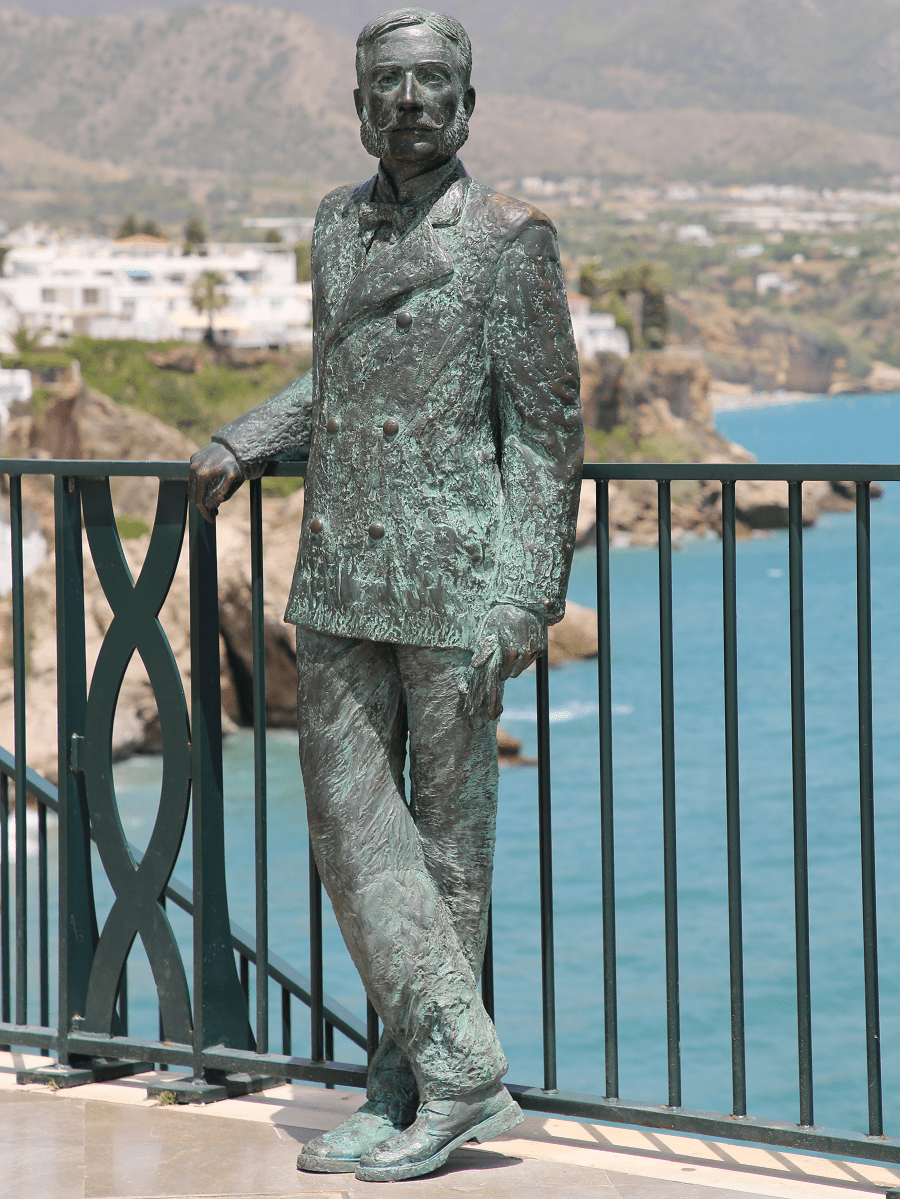 Nearest international airport is in Malaga. From Malaga 45 min (56.4 km) via A-7 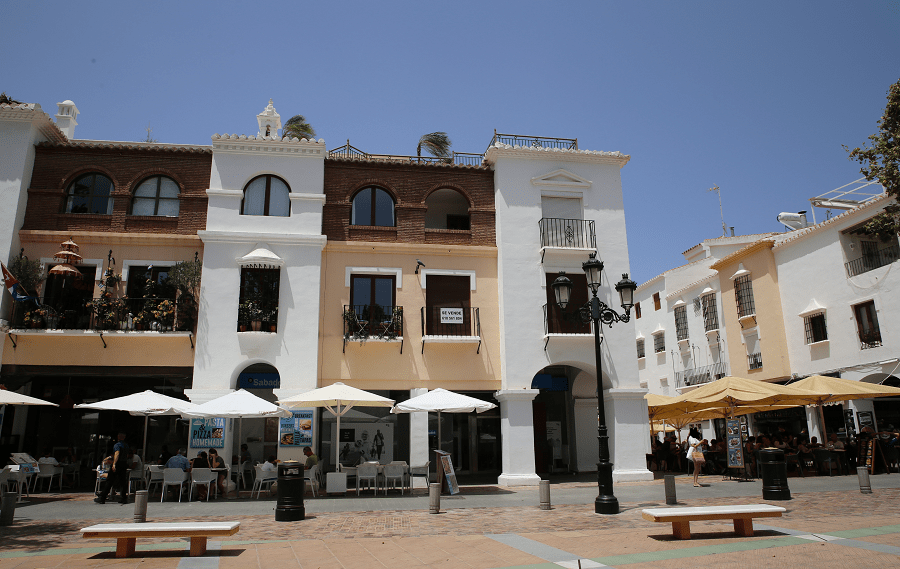 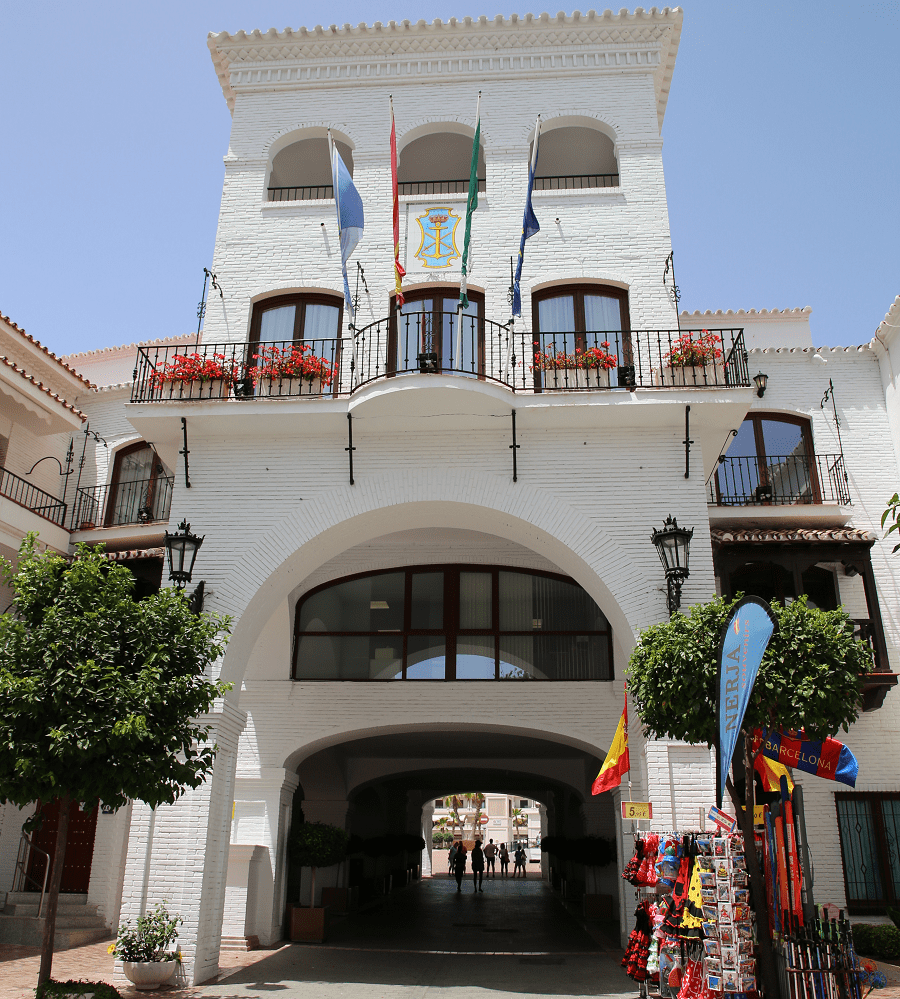