On 4th September in Andorra’s Meritxell Church, the exhibition “The Bible of the world" will be opened • All PYRENEES · France, Spain, Andorra 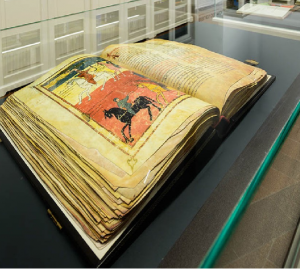 On 4th September in Andorra’s Meritxell Church, the exhibition “The Bible of the world” will be opened. The Co-Prince of Andorra, the Bishop, the Bishop of Urgell Joan Enric Vives, as well as the minister of culture, youth and sports of Andorra Olga Gelabert, will present at the opening exhibition ceremony.

The exhibition includes more than 1200 volumes from the Bible and the New Testament, written in different languages and dialects, from a private collection of Pere Roquet Ribó. He started his collection in 1995. He acquired the first copy of the New Testament in Northern Kenya – the book was written in the language of the Turkana.

The majority of the volumes (including those written in rare languages) were published in the second half of the twentieth century.