Andorra approved the signing and ratification of the additional protocol to the Council of Europe's agreement on the prevention of terrorism • All PYRENEES · France, Spain, Andorra 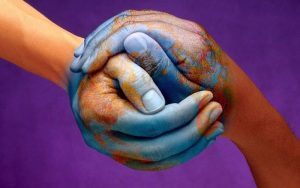 The Andorran Government approved the signing and ratification of the additional protocol to the Council of Europe’s agreement on the prevention of terrorism, which entered into force in Andorra on 1st September, 2008.

The new document, adopted by the Council of Europe in October 2015, is more complete and aimed at the multilateral fight against terrorism: it provides more precise definitions of criminal offenses and certain actions that could lead to the threat of terrorism. Among them – provocation of the public, recruitment and training of terrorists, travel abroad for the purposes of terrorism, as well as financing and organization of these trips.

The Protocol also provides for more cooperation at the national and international levels to prevent terrorism, in particular, the establishment of a contact network, accessible 24 hours a day and 7 days a week for the purpose of information exchange.

The additional protocol will require the amendment of the Criminal Code.