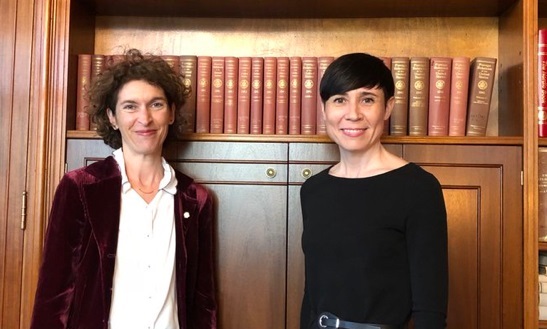 Maria Ubach visited the Norwegian Institute for European Affairs, where she met with the director and the author of a series of researchs on Norwegian-EU relations, Ulf Sverdrup, as well as with Niels Engelschiøn, the state secretary of the Norwegian government for Europe.

The parties also discussed cooperation between social security systems and the technical aspects of adaptation to the four basic freedoms.

The association agreement between Andorra and the European Union provides for a similar regime.