An international contest of monologues in the Catalan language will be held in Andorra in September • All PYRENEES · France, Spain, Andorra 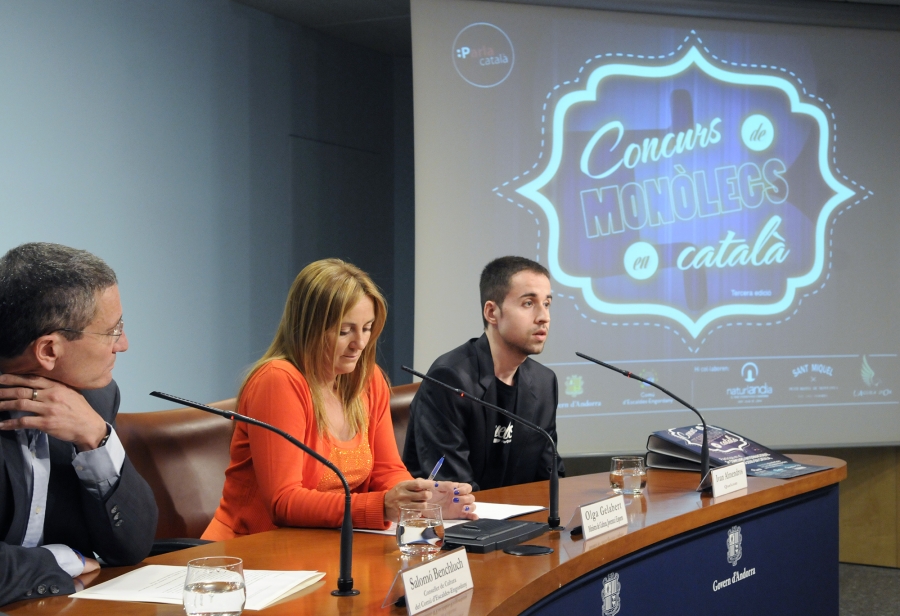 An international contest of monologues in the Catalan language will be held in Andorra in September. The duration of a monologue should not exceed 15 minutes, and it will require even more professionalism from the participants. As was stated by the Minister of culture, youth and sports Olga Gelabert, the purpose of the contest is the further development of the Catalan language in all territories where the Catalan language is spoken (Andorra, Spain, France, Italy).

According to the Minister, the previous contests had popularity and success, and the government hopes this year to involve not only fans, but also professional participants.

The final competition will be held on Friday 30 September at 21.30 in the auditorium of the administration of Escaldes-Engordany. The registration is open until September 1. The winner will receive a cash prize of EUR 1000.