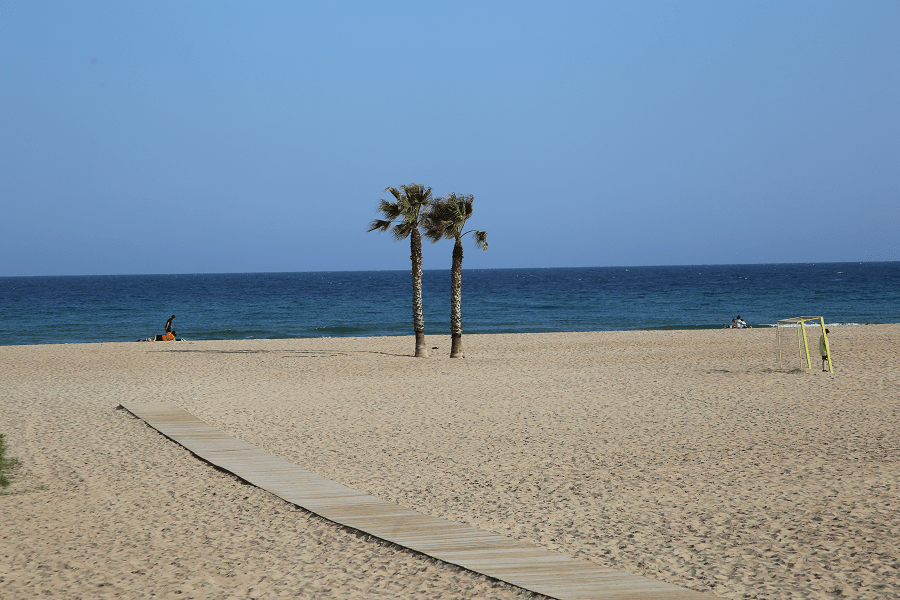 Torredembarra (cat. Torredembarra) is a coastal town and municipality in Spain, Catalonia, located in the Tarragona province. It faces Altafulla in the west, and Creixell in the east.

The city of Torredembarra was inhabited during the Roman Empire, as evidenced by the remains of Villa del Moro (1st century BC – 2nd century AD). This residence, the center of political and economic control over the territory, is one of the oldest Roman villas in Catalonia.

The city was born during the Middle Ages, namely in the XI century.

The city is dominated by an old castle or palace (and now the town hall), built in the early 16th century by the Icart family, lords of the Torredembarra barony. Around it is the Castle Square, which can be accessed through the gates of the old wall that protected the city. Nearby there is a church and the historical center of the village.

The population remained more or less unchanged until the advent of tourism in the 1960s, which led to a significant increase in new construction on the outskirts of the city, a large number of villas, as well as the emergence of the first campgrounds and hotels in the area.

The city has four beaches:

La Paella (cat. La Paella) is located in the Munts area, which has a marina and a sports area.

Baix a Mar is located in an old fishing village. It stretches from the Nautical Club to the Narsis Monturiol square.

Els Muntanyans, which is of great ecological importance. The last dunes and marshes after the Ebro Delta have been preserved here.

Canyadell – one of the most beautiful beaches in the region. The beach is surrounded by rocks with typical Mediterranean vegetation.

There are no Michelin-rated restaurants in the city.

The traditional weekly regular market is held in Torredembarra every Tuesday of the year, except for those that coincide with local holidays in the calendar, and is held in the car park at Carrer Mañé i Flaquer.

The weekly market has more than 80 stalls covering a total area of ​​768 square meters, where you can find mainly basic necessities such as clothing, shoes and food in general (especially fruits and vegetables), as well as other goods such as toys, gifts, jewelry, leather goods.

The Indian Fair (Cat. Fira d’Indians), held in September, introduces visitors to the Indian heritage of Torredembarra. Excursions, exhibitions are organized, and kiosks are set up in the historical center of the city where you can find various food products, crafts, jewelry … The city literally travels in time and goes back to the nineteenth century.

The antiques and collectibles market (cat. Fira d’antiguitats i col leccionisme), also known as the flea market, is held in Torredembarra every Saturday from 16:00 to 21:00. Its territory is between Plaça del Castell, Carrer Ample and Carrer de Joan Güell. It is one of the most famous and popular markets in the region. Almost everything is sold there: numismatics, philately, lithographs, postcards and ancient graphics, art, paintings, sculptures, carvings and images, wrought and artistic iron, furniture, jewelry, newspapers, magazines, vintage clothing, ancient and military weapons, machines and items of ancient mechanics, handicrafts made of metal, wood or leather, books.