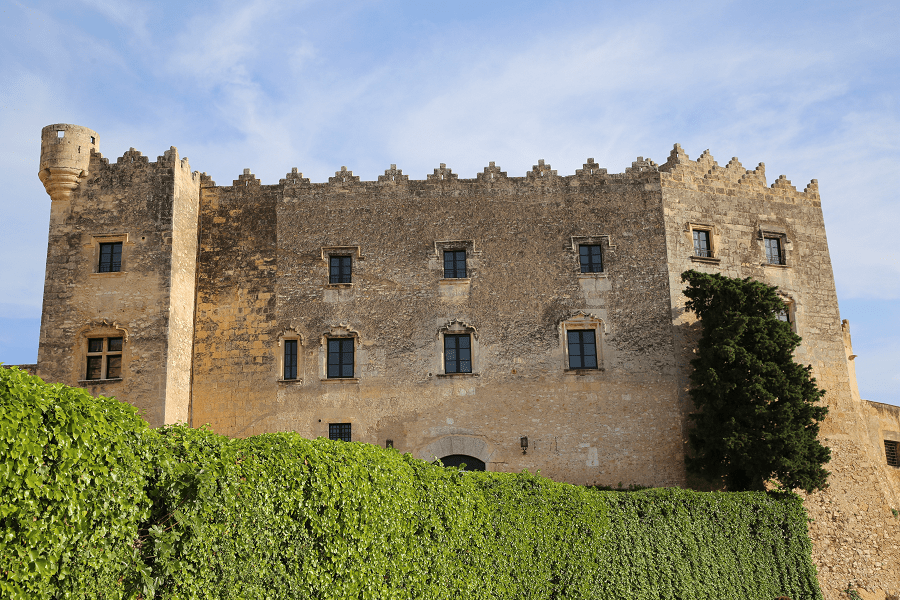 Altafulla (cat. Altafulla) is a city and municipality in the Tarragona region and Baix Gaia subregion (Spain), Catalonia. It is a seaside resort.

The origins of the city of Altafulla date back to the Middle Ages, to the middle of the 11th century. The city is located on a promontory that slopes slowly down to the Mediterranean Sea, where, together with other fortified hills along the Gaia River, it forms the southern tip of the County of Barcelona. Thanks to this situation, the castle of the city became dominant in the region, and at the same time, the Roman Via Augusta became the main communication artery of the territory.

Altafulla offers the best outdoor activities on beaches just a few minutes away and the tranquility of an ideal holiday destination.

Short distances to cities such as Barcelona, ​​Roman Tarraco (Tarragona), coastal towns of the Costa Dorada, PortAventura park, Delta Ebro, as well as the routes of Gaudi, Picasso, Cistercian Route, gastronomic visits and good wines from the regions of Priorat, Penedès, Terra Alta and Baix Gaia make Altafulla the center of cultural entertainment in this part of Catalonia.

In 1998, the Generalitat of Catalonia declared the city a cultural property of national interest, mainly thanks to the Villa Closa. Two years later, in 2000, it was also declared a UNESCO World Heritage Site thanks to the Roman Villa Els Muntz.

Altafulla consists of three settlements: Altafulla (center), where most of the inhabitants live all year round; Altafulla (beach) or seaside area, consisting of many apartments, where tourists spend the summer, and Brises del Mar, located in the north of the city and accessible on the road from Torredembarra to Riera de Gaia. The city center and the sea area are separated by Paseo Marquez de Tamarit, the old N-340 road and the RENFE railway line, stopping at Altafulla Tamarit station.

The parish church is dedicated to San Martí (cat. L’església parroquial Sant Martí). It was built between 1701 and 1705 in a neoclassical style. It has three naves with a transept. On the facade – the image of Sant Martí de Tour. There is an unfinished square bell tower. Although the church was badly damaged during the civil war, it still has a 1745 Baroque altarpiece.

Altafulla Castle (cat. Castell d’Altafulla) is in very good condition, as it was rebuilt according to the plan of the 15th century. It is a building with an irregular polygon shape, reminiscent of a fortress. Despite the fact that the interior has changed several times, the original courtyard and gallery from the Renaissance period have been preserved in it.

On the outskirts of the village is the Church of Sant Antoni (cat. L’ermita de Sant Antoni). It was built in 1717 with donations from a local fisherman. Since there was no money to complete the work, the fishermen pledged to donate one-seventh of the catch before construction was completed.

The area known as Els Munts hosts the remains of a Roman villa. Excavations began in 1967 and numerous items were discovered that are kept in the National Archaeological Museum of Tarragona. Among these items are marble figurines.

At the southern end of the Altafulla beach is one of the most beautiful castles in the region – Tamarit.

In the photo below: a monument to the casteliers (builders of the “human tower”), whose slogan is four words: força, equilibri, valor, seny (strength, balance, courage, prudence). We can say that this activity very well demonstrates the traits of the Catalan national character – solidarity, mutual assistance, love for the holidays, pride for traditions and the desire to preserve cultural identity.

Altafulla celebrates its small festival on September 11th and its festival on November 11th, the feast of San Martí. Also very important are the Witch Fair (Fira de les Bruixes) at the end of June, Fira d’Artesans in mid-August and the Camí de la Creu (Via Crucis pageant) on Holy Wednesday evening.

There is one Michelin rated restaurant in the city: Bruixes de Burriac, Cup 2, 33 – 65 EUR • Traditional cuisine.

The beach at Altafulla (cat. Platja d’Altafulla) is a beautiful golden sandy beach with restaurants, showers and a variety of water sports facilities. The beach has been awarded the European Blue Flag for its cleanliness.