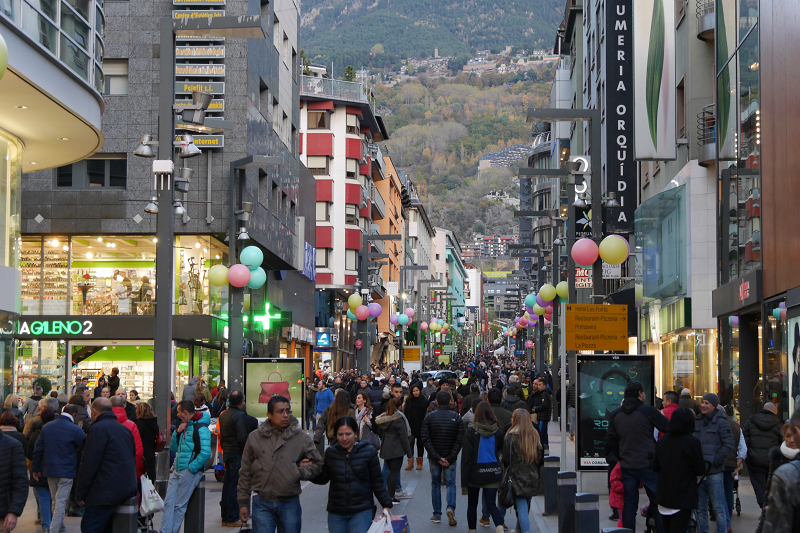 *All Andorra: it should also be mentioned that the population of Andorra increased 12-fold during the second half of the twentieth century, mostly as a result of immigration, being a key factor to demographic growth and a boost in economic development. In 2016, only 36,138 inhabitants, out of 78,264, were Andorran citizens. In all, over 100 nationalities live together in Andorra. The largest foreign communities are Spanish (20,652), Portuguese (10,300) and French (3,946).