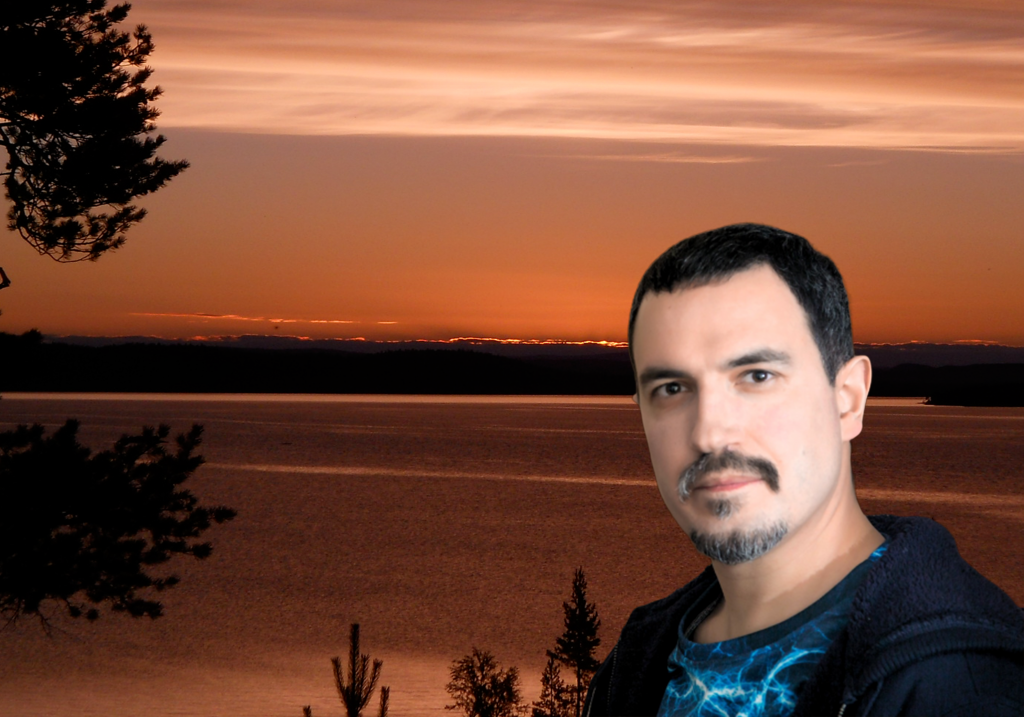 Music is one of the most fast developing forms of art which objectively reflects the zeitgeist and esthetics of the modern world. The 20th century was marked by the birth of new genres such as jazz, rock-n-roll, rhythm-n-blues and techno, which changed radically the musical landscape and created new innovative and revolutionary approaches to making music. This development is continuing and recently led to an interesting symbiosis between music and science.

We had an opportunity to talk with Ivan Stepanyan, a doctor of biological science and active member of the Center of Multidisciplinary Research of Moscow State Tchaikovsky Conservatory, which is as an institution for new scientific approaches in exploring music and gives a wide platform for cooperation between musicians and scientists.

One of the leading directions of work of the Center of Multidisciplinary Researches is creating new systems that push the development of music much further forward. As an inventor of the musical instruments under his brand Pentagramon, which are based on this new system, Ivan Stepanyan is the one who is responsible for the birth of this new form of musical expression.

In his interview for All Andorra Ivan told us about the latest research which shows a close link between music and DNA codes and how his inventions – Pentagramon instruments can change modern music.

Hi Ivan! Can you please tell us about your invention – the Pentagramon instruments? What is it all about?

There have been a lot of attempts to find new forms of musical styles during human history. For example, a form that will be based not on a classical 7 note system like all modern music but more oriented towards microtonality.

These experiments are still actively continued by many enthusiasts but until recently there was no criterion of this microtonality before it was discovered by a Russian scientist Sergey Petoukhov. In his work “Matrix Genetics” Petuhov analyzed the DNA code by matrix as well as other mathematical methods. Comparing the relations and the proportions of DNA codes he discovered that they have the Golden ratio (section) principle.

I will not go now too deep into details of this algorithm but the main achievement of its discovery was a possibility to consolidate the classical Pythagoras musical system with a new “pentagram” system that is based on Fibonacchi numbers.

Basically this new approach is a structure that consists of an endless number of systems and each system is put into another one just like a Matryoshka Russian doll, starting from one note, then two, three, five, eight, thirteen etc, everything according to the Fibonacci numbers principle.

New musical aeshetic, which reminds me somehow of a biochemical image of a DNA coil

This structure has a new criterion of musicality. Two or three note harmonies are good and normal for us. Five note harmonies still sound good but is more unusual to our ears and all harmonies that go beyond these in their number of notes based on the Fibonacci system are forming an absolutely new musical aesthetic, which reminds me somehow of a biochemical image of a DNA coil. My Pentagramon instruments are based on these principles.

Do you have something ready not in the theoretical but in the practical field of this new musical system – some music that is done according to these principles on your Pentagramon instruments?

We are working with many composers but at the moment we are standing only at the beginning of a long journey. The problem is that we are offering a whole new system that first must be carefully explored by composers in order to understand how it works. But when you do finally understand, this system gives musicians the ability to create real masterpieces and develop a new movement in music. Like any instrument and musical system you need special skills and talent to understand how it works, so it is not really easy.

We just loaded a page on our site that works like a musical instrument, where you can easily see in a graphical model how to play Pentagramon instruments, so people can practice and understand how the whole thing works.

For starting to compose the music according to this system, I would recommend to practice in building 3 or 5 step patterns without limiting them in one octave. Then you can try to incorporate to this base more challenging 8 or 13 step musical structures and try to experiment with the modulation.

An example of musical improvisation in a 13-step pentagram system

And what kind of musical instruments do you manufacture under the Pentagramon brand?

A synthesizer that looks great and is very ergonomic and comfortable to use. Its keys are symmetrical and there are more black keys than we are used to see on standard models.

Also we have a microtonal electric guitar. And not so long ago our partners made a “bila” (flat bells, BILOS GOLDEN RATIO) under the Pentagramon brand. It is a really big instrument which consists of different sizes metal plates which you have to hit with a special gavel and it sounds very beautiful – like a church bell ringing.

In addition to creating these instruments what else you do to advertise this new musical system?

We take part in Symmetry festival, which happens in Europe regularly. You can see many live performances of artists that are starting to get involved in “genetic” music. Also, you can witness these kinds of performances at the festival, Moscow Autumn. And we hold seminars and conferences at our Center of Multidisciplinary Research at Moscow Conservatory where we manage to bring together musicians and scientists on one platform, but this is a really unique case and I don’t know any similar examples.

Our seminars always attract key figures from the science and industry world. They have already been attended by the producer of the legendary band, Eagles, and founder of the School of Audio Engineering (SAE), Tom Misner, as well as by the well-known, quantum scientist, Sir Roger Penrose.

Not so long ago we issued a compilation of the works from these conferences. We did it with the Biomachsystems magazine and it was issued as a separate small book full of interesting articles about everything that lies on the intersection of music and science – structures of different musical systems, musical interfaces, artificial intellect, psychophysiology of musical perception as well as musical cryptography.

And why do you think this symbiosis between science and music is happening at the moment? Could it be because music is one of the most exact forms of art where a lot of mathematical algorithms are used, just like in architecture?

Yes, it is sad that music is frozen architecture and architecture is frozen music. We can definitely say that in some ways music is a part of mathematics. And also it is a kind of section of medicine. Musical therapy is very powerful in medicine and has been since ancient times when there were practices like surgery that was done to a piece of music that worked like an anesthetic.

Because of its multidisciplinary qualities music is interesting for people from the art world as well as for scientists. The research in these fields is done all over the world. For example, not so long ago the London Symphony orchestra played a concert in which each member of the orchestra played a melody of his DNA. But the way they did it was just that they agreed that each letter will be represented by a particular note that was chosen in a random order. In this way you can play even a telephone number, choosing in a random way a note for each number. This kind of approach belongs more to a conceptual art compared to our method with which you can create music that is based on the objective physic-chemical parameters of DNA molecules.

And don’t you think that this desire to put the music into some understandable mathematical algorithm in some ways kills its magic as a visceral form of art that is mostly created in an intuitive way?

This is a good question. I actually think that music is a kind of creativity that comes from the soul. This is why we make the Pentagramon instruments. Our goal is to give musicians the possibility to express their feelings in a new way. Our new musical system gives wider options for this expression.

If we talk about pure algorithmic music, it’s much more limited in ways of expression, but it can still sound very interesting. But it’s not a thing that comes from your heart and soul and you can definitely hear it. We have done these kinds of experiments like sounding long genomes and it was interesting, some of them were like bees and some were like bells ringing.

The example of DNA fragment sonification by genetic musical algorithms

Is the main goal of the Pentagramon project to create a musical revolution and to totally change its basic principles?

Not really. We don’t oppose the classical musical system and see Pentagramon more in the way of its addition and further development.

What is your plan for the further development of the whole project?

I think we have to create as much musical material as possible and to involve people which will represent our project in the best way. This is why we started to make electrical instruments like synthesizers and electric guitars. Classical music is for a limited audience and the real industry is in mass culture, including genres like rock and electronic music. We are open to cooperating with people from different musical styles which can show how beautiful and interesting a piece of music could be that is created according to our system.

Also, an important aspect is creating new musical software on a Pentagramon base. Doing musical software’s is always a hard task, especially when you have to work with microtonality and new systems. We are inviting all enthusiasts that are not afraid to create these new soft’s to develop together with us a new musical movement.

Thank you for this interesting talk and I really wish you luck and success in what you are doing.