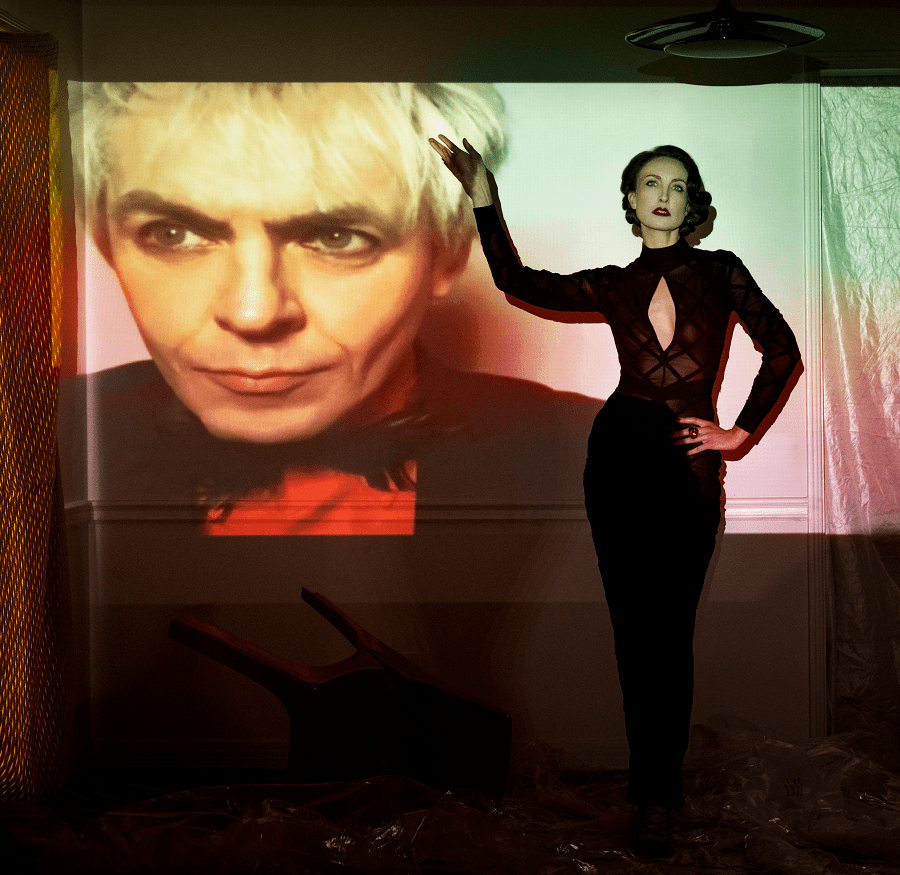 Singer and composer Wendy Bevan and Duran Duran keyboardist and founding member Nick Rhodes talks about their project «Astronomia», quests of the ineffable, impact of COVID-19 on the artistic world, benefits and limitations of working in the lockdown and space as a place for escapism from drastic reality

The dramatic reality of our time turned many people to change plans and choose unexpected paths. Especially during the pandemic and arising from it lockdowns reflected much and had a deep impact on the artistic world. Many projects had to be postponed or took radically new forms under the influence of the unusual circumstances, through which we were all going through.

A bright example of new forms and ideas that were brought to art under the influence of the lockdown is project «Astronomia» – created by the legendary Duran Duran founding member and keyboardist Nick Rhodes and singer, composer and video artist Wendy Bevan. Originally, Nick was going to produce Wendy’s solo album, but the world situation putted this plan on hold, since there is no possibility now for touring and proper promotion of the album. But Wendy and Nick felt they had a lot of common in their artistic tastes and visions and continued to work together, sending each other their musical sketches, being at the same time in isolation in different parts of the world—Wendy in LA, Nick in London. Slowly but surely, this exchange of musical ideas shaped into «Astronomia», an ambitious multimedia project that consists of 4 albums with 52 visualized tracks.

«Astronomia» is dedicated to themes such as the universe, stars and celestial events. The first album «The Fall of Saturn» was released just a couple of weeks ago, and the next 3 will follow during the year. We had a nice chance to talk with Wendy and Nick about «Astronomia» as a form of escapism, stars, wonders of the unknown, benefits and limitations of working in lockdown and other interesting matters.

Can you please tell us a bit how you came across each other and how the idea of doing such a project together came to you?

Wendy Bevan: Nick and I met through a mutual friend. At the time, I was looking for a producer to work on my next album as a vocalist, and I thought Nick would be perfect for this. When we first met, we never imagined that we would end up working on «Astronomia» together. It was purely something that grew and developed into its own entity during 2020 as a result of the situation we found ourselves in and as we witnessed the world changing. The project grew from us sending each other a few musical tracks back and forth, to four albums and creating our own musical universe!

«Astronomia» is dedicated to such themes like stars, the universe and celestial events. Can we say that there is deep impact of the lockdown circumstances in which the project was shaping and that being in such an unusual situation makes you think more about cosmic things that are far away from our daily, routine life?

Wendy Bevan: Absolutely. We created a parallel world sonically and truly existed in this world throughout the turbulence of 2020. «Astronomia» allowed us both to dream; we created a soundtrack to the film we were living in that was never made for the screen, and something that we couldn’t otherwise express with words—a quest for the ineffable. We hope that our audiences feel the same.

Nick Rhodes: I think this period enabled everyone time for reflection and adjustment relating to what is really important in your life. The universe has always been a great source of inspiration for both Wendy and I; it is the appeal of gazing into the future, exploring the unknown and the infinite beauty of the skies above. The «Astronomia» project became an allegory for our times. Our first release of four albums, «The Fall of Saturn», reflects the period when the world changed, the sadness and loss we all felt as our contact with each other was severed and the isolation that followed.

Where did your passion for astronomy come from? Is it something that you always adored?

We can call «Astronomia» a kind of multimedia project where visuals are a consistent part of the music.

Wendy Bevan: Yes, the flow of the visuals do lend themselves to the music, as the music is extremely cinematic. We would like to imagine that in the future if we are able to do a live show, the visuals would feel immersive, so it would be a complete experience for the audience.

I am interested in how the creative process went. Did you have these visuals in your head when you were composing music?

Wendy Bevan: No we didn’t, but Nick and I both think in a very cinematic way and compose music imagining what it could look like if it were an image, so it naturally lends itself to be paired with a visual landscape.

Who actually created the fantastic visuals for «Astronomia»?

Wendy Bevan: The album artwork was created by our London-based designer, Rory McCartney. He found these incredible images whilst searching online that we are now using as the cover artwork for each album. The images are time-lapse photos of the sky through a pinhole camera, taken over the duration of an entire year. We thought the concept was really beautiful. The moving image/video, I create on a weekly basis for our Instagram and YouTube channel. We use a lot of found public domain footage, and I edit it to fit with the music.

At the moment, the first album of «Astronomia», «The Fall of Saturn» has been released. You have 3 more you are planning to release. Do you have an understanding and a clear schedule of next «Astronomia» releases?

Wendy Bevan: Yes, we do. The whole project is in sync with the Equinoxes and Solstices throughout the year, so we have a very definitive schedule. The next album will be released on the Summer Solstice, the 20th of June.

Can we call «Astronomia» a pure studio project that was created in the lockdown, or do you think there is a possibility of performing it live when the world situation will be more suitable for public performances?

Wendy Bevan: We really hope that one day «Astronomia» will be able to be performed live and fully bought to life. Under the current situation, who knows exactly when this will be. But one day in the future, this would be a dream for us both. I imagine it at as a full show with an orchestra. Perhaps one day!! 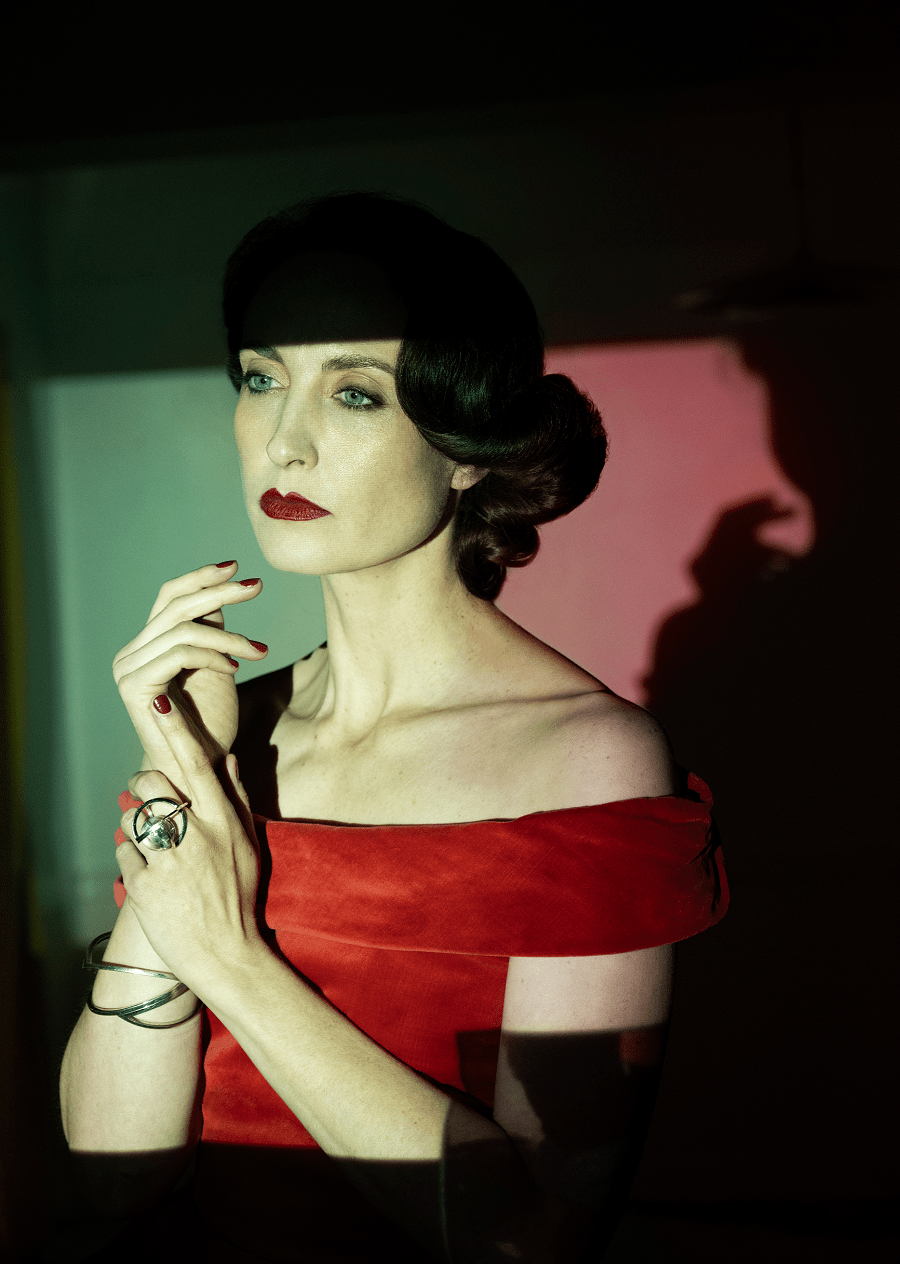 What are the benefits and limitations of working in a lockdown and creating something together being at the same time in different parts of the world?

Wendy Bevan: The limitations only really came in the final part of the production when we mixed and mastered the project. It was fairly tricky to do this at distance, but we managed it. Nick and I would ideally be in the studio together and mix the music as it’s such a sensitive process. Ironically, the benefits when writing were that in fact we had no limitations whatsoever. We weren’t limited by studio time, so creatively we could really spend all the time we needed on the tracks and then send them to one another. Once we had established the universe as our concept, there were absolutely no boundaries with the writing.

Nick Rhodes: Without the events of the last year, almost everyone’s lives would have taken a different path. Wendy and I had been working on her solo album, which was ready for release last spring, but without the possibility of live shows and promotion to support the record, we made the decision to hold it back. This opened the gateway to «Astronomia». At first we were not even sure what we were creating together, and as we were thousands of miles apart, we were also in the process of discovering a new way to work. When the dust settled and we managed to grasp control of the music, everything began to crystallise; it became clear that the influence of the planets and stars was guiding us to form a new musical universe. The pieces did not seem to fit into any specific, existing genre, but they did all belong together in this series. Our universe continues to expand…

What kind of a general impact, in your opinion, is this lockdown and pandemic situation making on the world of art?

Wendy Bevan: A drastic one. I believe that many, many artists will have created incredible work during this period, but in terms of how we continue and the effects it will have on the live music scene, art scene, theatre world, I believe the domino effect of this has only really begun.

What are your thoughts about these strange times that humanity is passing through at the moment, and where do you think it is all going to?

Wendy Bevan: Personally, I have been through so many phases from acceptance, hope, inspiration to completely the opposite of these emotions. The times we are living through are certainly a monumental shift in humanity and our existence on this planet. There are many lessons to be learned, and I think ultimately we will grow from this time with more awareness of the fragility of time and the precious life we have.

Can we call «Astronomia» in some ways a form of escapism from the problems of the current life, or does it reflect somehow the surrounding reality?

Wendy Bevan: It is what you want it to be, but for me, its escapism and the space for us all to dream.

Thank you very much for the interesting talk. It was a big honor.