William Maybelline about the new Lebanon Hanover album «Sci-Fi Sky», the band’s passion for lo-fi/VHS videos, his thoughts on the collapsing world and much more

Lebanon Hanover is a duo that is highly responsible for bringing a strong hint of darkness into contemporary pop-music. Their style is usually categorized as darkwave and incorporates influences of gloomy ‘80s post-punk, gothic, noir aesthetic and decadent poetry. It will be hard to find another band that is bringing such a consistent dark atmosphere through the elegant and simple sound based on monotonic basslines, minor guitar chords, vintage synths and the infernal, deep vocals of the Lebanon Hanover members, Larissa Iceglass and William Maybelline.

Someone’s passion for the dark side can seem a bit grotesque. Lebanon Hanover lyrics give a feeling of an existential abyss of despair and deal with themes of isolation, desolation and loneliness, which recalls Byron’s poetry. But the thing is that all expresses the real feeling and the sorrow Larissa’s and William’s view on our reality. This sincerity is probably one of the basic reasons for Lebanon Hanover’s popularity and success. According to William’s words, there is a certain reality to them in what they say in their songs.

After meeting each other in 2010 in William’s UK hometown Sunderland and finding a lot of common points in their musical tastes, Larissa and William never stopped doing music together. Having already four studio albums under the belt, a lot of successful tours on all continents, a bunch of deeply atmospheric videos that are made in a recognizable style that reminds the VHS, lo-fi and minimal videos of ‘80s indie bands and perfectly represents the bands vibe—Lebanon Hanover is now prepared to throw their fifth studio album «Sci-Fi Sky», which is going to be released today. https://lebanonhanover.bandcamp.com/merch

We had a lucky chance to have a chat with William Maybelline about the sound and atmosphere of the coming out album, endless amount of pain and misery, COVID impact on the music business, darkness that is paradoxically a harmony and other important matters.

Hi William! Thank you very much for finding time for this interview, it is a really big honour for us. First of all will be interesting to know about your new albums «Sci-FI Sky» that is going to be released on October 24—can you please tell a bit about its musical direction, vibe and how long you have worked on it?

Direction is a deeper form of atmosphere which we decided to dig more into, epic drones and thick fuzz noisy goodness. But that’s not all: there is a variety of tastes and textures, some hard tracks, slow deathly and some on the bright side, but always with that hint of darkness.

I’ve noticed that you have some events in plan for this year. Are all the events still in plan or they are postponed now due to the COVID situation?

Most of our shows we had to move over to the next year, which have moved around with dates so they will fall on different dates and months from the original planned.

Did you create the new album during the quarantine? And do you think that this lockdown situation was fruitful for many artists, especially for artists like you that sing a lot about isolation and desolation? Seems that this bit apocalyptic images of empty perfectly fits with Lebanon Hanover dark mood, we can see it clearly in one of your last videos «The Last Thing».

We were lucky to meet some months before and were able to finish off the album just before COVID kicked in! I believe it could have been fruitful in a creative and productive sort of way, but, of course, artists need to be out on the road and on the stage a lot of the time. So about that, I feel sorry for all artists, including us. But I see where you get at. The track can definitely fit these times now.

You have a very recognizable style of videos—I know that you mostly do them yourself, they perfectly reflect the band’s mood, and they all have a very vintage, VHS kind of picture. Do you use some vintage equipment when you shoot them, or do you get this kind of picture due to the clever post production?

We always admired lo-fi/VHS videos, especially from bands of the ‘80s. So we wished to carry on the flame. We have never used any filters to create such an effect, as we have always preferred the real thing, as it gives more feeling.

Lebanon Hanover always has impressive lyrics which are a consistent part of the dark and atmospheric music. Do you write them together or it is mostly a duty of one band member?

Are there some poets or some poetic genre that makes a significant impact on you?

We were always and continue to be moved by poets, but we also take a lot of poetry from the poetry of our lives (past and present) it’s the way that we have always seen, and observed, which results in lyrics. 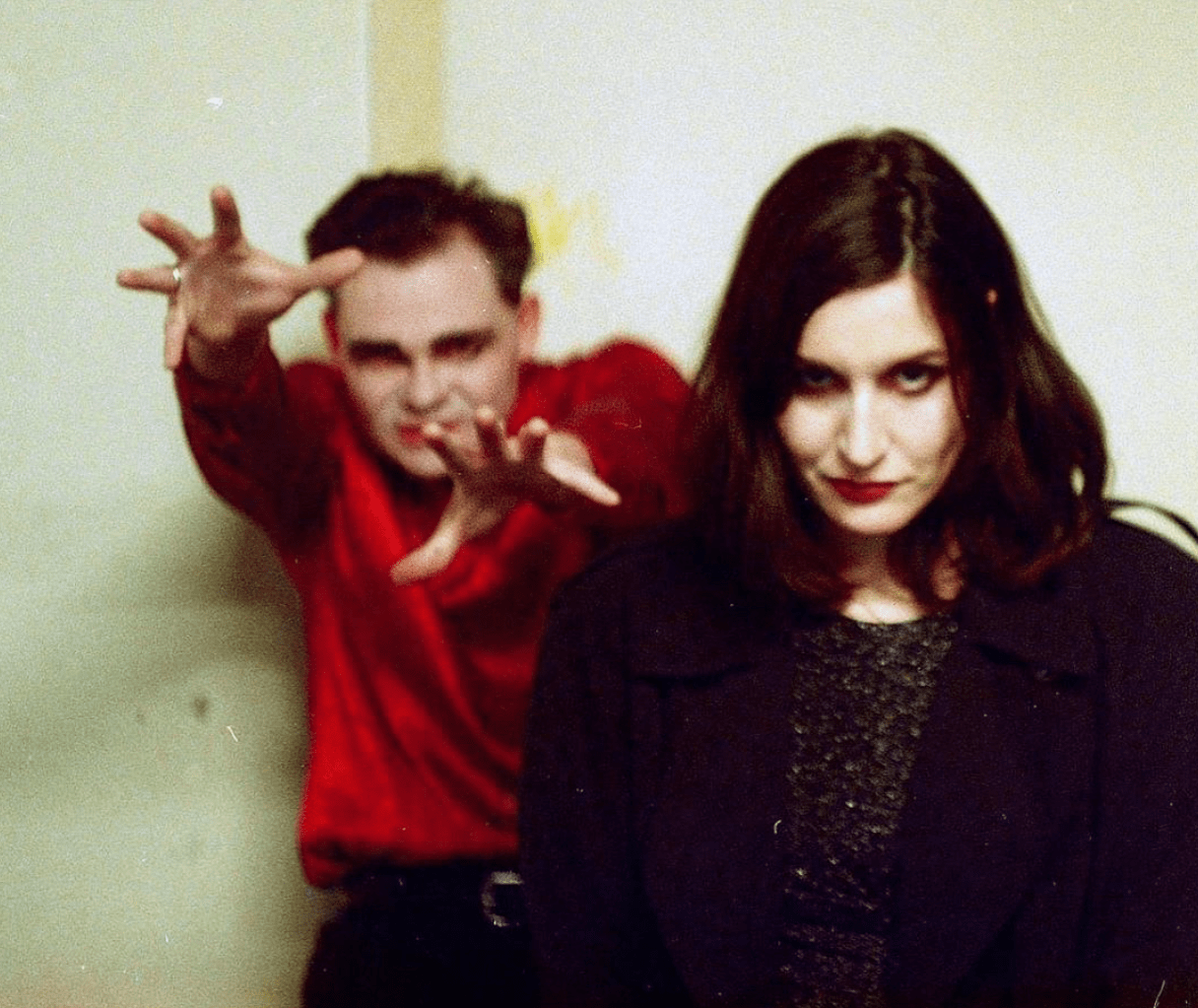 Your song lyrics are very decadent and you appear in them like persons with misanthropic views on reality that  likes to wonder some graveyards alone with a desolation like a trademark and a wish to murder everyone. Are you such misanthropic personalities in real life or is it more a kind of cleverly played artistic image with grotesque and dark humour?

There is a certain reality to us in what we say in our songs, and we find the way to express in such a graphic way which almost gives justice to what we felt. As we push to bring to life our thoughts and feelings, however dramatic and theatrical they are, there is a part of reality to us in the words in which we sing.

There are many bands now that play music common to you—darkwave, gothic, postpunk. Do you think that one of the reasons for the current popularity of such kind of music is that it really reflects the current zeitgeist?

What we have did musically is just in our taste, so the like that you mentioned just so happens to be that, perhaps it grew more and people caught onto it over time. In general, more night clubs started to pop up and play this style, and then there is always the internet boom.

What are your general views on the dramatic events that we are seeing in the world now—like riots, pandemic, growing nationalism? Do you think we are living in a collapsing and disintegrating society for which your music could be just a perfect soundtrack and things will get only darker and darker or there is a light at the end of this tunnel?

The world has been collapsing from the day it existed, from worse to worse socially, there is an endless amount of pain and misery. We elaborate on these situations, there is always going to be darkness. But this darkness in what we make paradoxically is a harmony for us.

Was always wondering about the band name—does it have some hidden meanings?

It is possible, there are hidden meanings in the name. We can only guess what that may be.

Do you miss touring, or are you ok about using this time for creating new music and dealing with your inner world?

When there were regular shows without COVID it was like were always touring, since we are always playing as many dates as possible. For sure there are parts of touring that are missed. But we also luckily have equipment that also allows us to record even while travelling. For example, we were on the road from Shenzhen to Shanghai, and in the car on an MPC Live we wrote a track for the coming album!

We wish you to be on the road again in the visible future and to enjoy again this perfect balance between giving a lot of shows and making new music. Thank you for this interesting talk, William.