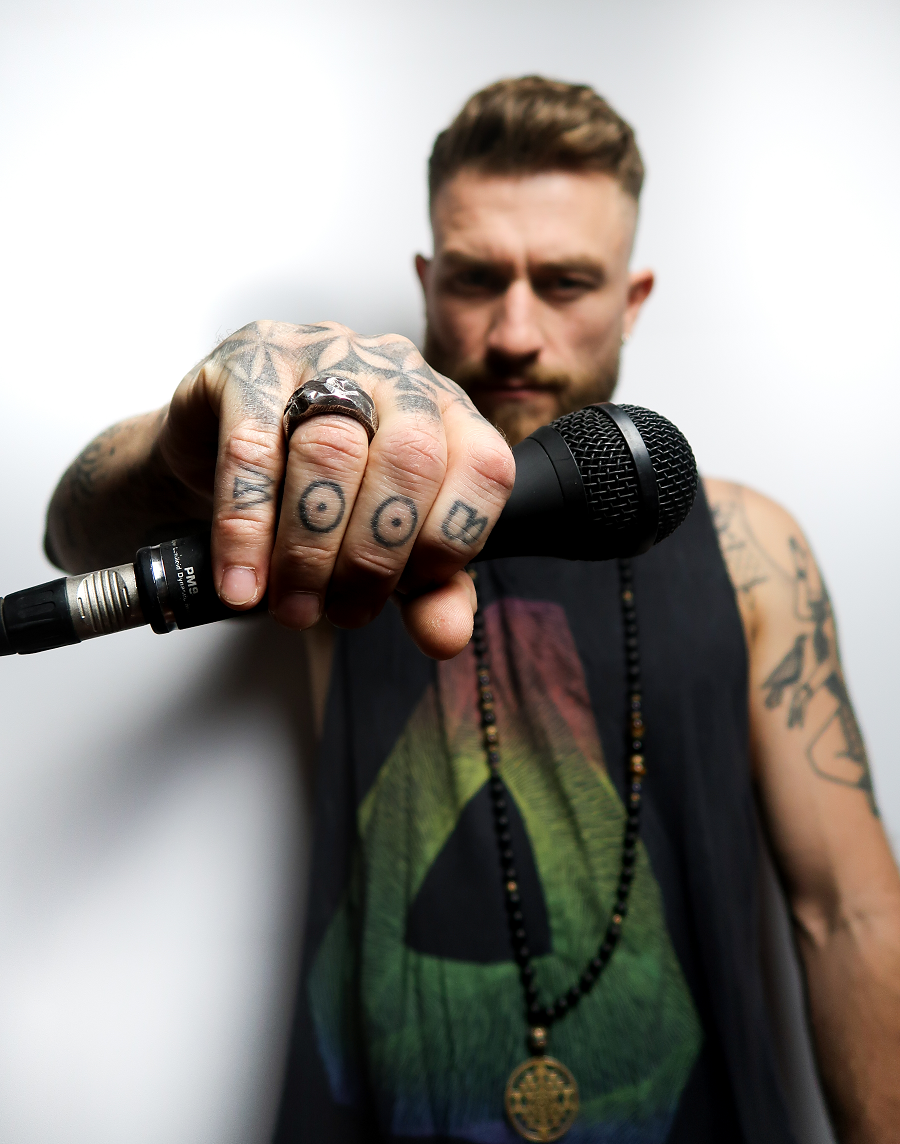 Dub Fx about his new project “Branches”, his thoughts about COVID -19 pandemic and Black Live Matter protests in Australia, coming to the true dream of having a musical family and other interesting things

Benjamin Stanford better known to the masses by his stage name Dub Fx is an Australian musician known for his unique approach and techniques of making music which are largely based on his impressive beatboxer’s skills and using effect pedals.

He started his way in music in his youth years with joining an alternative rock and rapcore band N.ON. After N.O.N released its first and only album in 2004 Benjamin decided to continue his future development as a solo artist and moved to Europe where he practiced for many years a gypsy lifestyle of a travelling musician. It happened to be a turning point when the artist Dub Fx was born and Benjamin started to develop under this alias, during his travels all over Europe with street performances, his unique techniques and recognizable musical style.

In 2008 Dub Fx was filmed while he was performing in the UK on the street of Bristol his song “Love Someone”. The video went viral on YouTube and collected more than twenty million views. This certainly helped Dub FX to achieve a wide international recognition and which leaded changing his status of an innovative street performer to well-known and respected artists with a super busy booking schedule with regular gigs on top musical festivals and great venues all over the world.

With five studio albums under the belt that stands on the crossroad of such musical styles as dub, reggae, hip-hop and drum and bass, Dub FX continues his exciting musical journey. We had a great chance to talk with the maestro about his new music and general impact of pandemic on his lifestyle and way of working, views on the fragile situation in the world with protests and COVID-19, his family life, favourite musical collaborations and much more as well.

Hi! Thank you very much for finding time for this interview, it’s a really big honour for us. Will be great to know what was keeping you busy recently, as I understand the last music you have released is a collection of tracks called “Branches”?

Yes. I made the “Branches” project while I was recording my last album ‘Roots’ which is why the titles work together. Originally it was going to be one huge album, but I realised I had too many songs and it didn’t all fit together. I split them up into two categories, “Roots” has a more rootsy sound and it also pays homage to what I grew up listening to, while “Branches” is me branching out into new territory.

Did this strange quarantine reality that we were living in for the last few months had a significant impact on you and changed your lifestyle as an artist?

I was supposed to perform around 70 shows this year because I was releasing these two albums but I only did ten! That was quite annoying because I worked really hard on the albums and the new live show. Now when everything goes back to normal, I will need to release something fresh again before I head on tour.

Do you miss touring?

I have a love-hate relationship with touring. I love doing the shows and meeting the fans. But I hate missing my family. But this is who I am, and I’ll be doing it for a while.

Do you have any idea when you will have an opportunity to go touring again?

I’ve just started booking shows in Germany for March 2021. I think I’ll do the rest of Europe also.

What are your general thoughts about all these dramatic events with the pandemic and lockdowns?

Personally, it feels like this pandemic was blown out of proportion. At first when we were all told how deadly and contagious this virus was I was completely up for staying at home and quarantining. But now that the latest information came out telling us it’s not actually able to survive on surfaces like they originally told us, asymptomatic people cannot spread the virus, and the number of deaths has been falsified because they attribute all people who die with the virus as a COVID death even if any type of influenza would have killed those people with pre-existing conditions. This shows they either planned this pandemic or used this virus to shut the world down on purpose to cripple the economy, take away our sovereign rights over our bodies pushing for microchips, mandatory vaccines and fear to create a new world order. It seems obvious that something fishy is happening and plenty of experts agree.

Are you based in Australia now and what kind of vibe and atmosphere you can see in your home country now?

Yep, I’m in Australia, right now the Black Lives Matter movement is taking centre stage, which is great. The government here is racist and doesn’t deserve to be in power. Revolution or at least reform is important right now. Our entire system is built on colonialism whether people want to acknowledge it or not.

What kind of ways of keeping your connection with you fans you followed during this long lockdown?

I’ve been streaming every Wednesday and Saturday at midday UTC time on Facebook and twitch.tv/dubfx11. I’m not making any money from it, but I’ve been having loads of fun. I really hope things go back to normal though.

As well as the live streams I’m also doing one on one tutorial sessions with people who want to learn my skills. That has also been fun. teaching people things that I didn’t think anyone cared about!

Will you continue to do these regular online shows and lessons after life will get back to normal?

Maybe, it depends if it grows or not. Currently it is growing so fingers crossed.

Your music is always very inventive, eclectic and covers different musical styles. Do you see now any new and developing musical style with a fresh sound, ideas which will go big soon?

Steppas Dub seems to be getting bigger and more mainstream, although it’s not new. I’m not sure if any new genres are coming through now. It feels more like the new production techniques are revisiting the old genres. 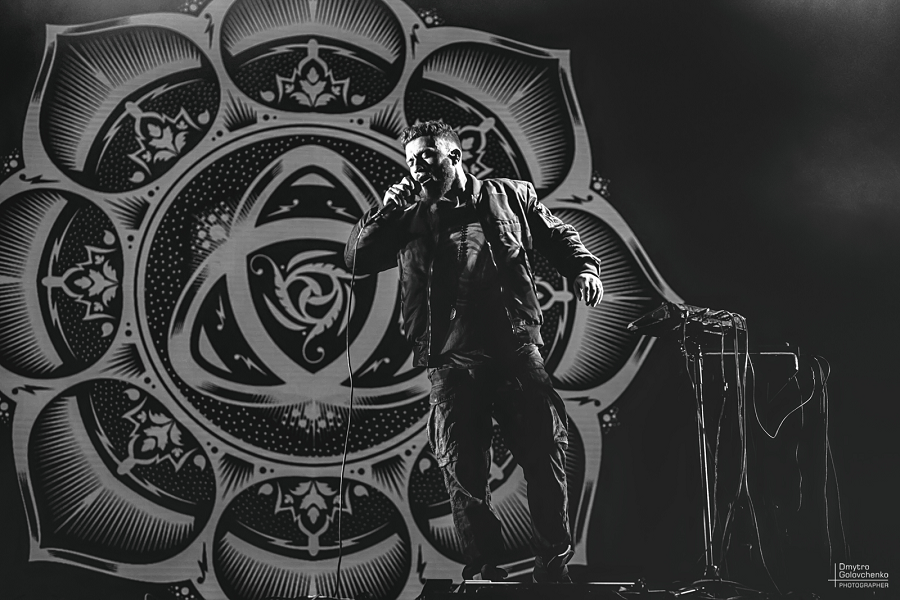 Your artistic career is full of exciting collaborations with different great artists, do you have some favourite ones?

Yeah, I really love the album I did with Sirius. That is a bit of a time capsule, I think … I also love the videos I did with Chali 2na and my wifey Sahida Apsara.

The fact that your beautiful wife Sahida Apsara is a great artist too and you are doing music together must be bringing your family life to a great level of understanding?

It’s always been my dream to have a musical family. I always tried to get my Ex Partners involved but they never really enjoyed it. My wife Sahida shares the same dream as me so it’s perfect!

How does your does your ordinary family day looks like?

I usually wake up and make breakfast for everyone. Our daughter Sahara sings songs while we hang out and plan our day. We usually take the dog for a walk and then come home and make lunch. After lunch either my wife or me get a few hours alone in the studio to get some work done while the other looks after the kids. Then around 6pm we start making dinner and watch something on Netflix. We then put the kids to bed and my wife, and I get some time to catch up on emails or social media stuff or we just cuddle on the couch, then we go to bed.

Seems like a perfect day. You make an impression of a very balanced, physically and mentally healthy person. Do you have recommendations to our readers on how to achieve and develop such importance in this complicated, hysterical times of physical and mental health?

Do I? Hahaha. Well I did what some people call a “hero’s journey.” I left home after high school and went out into the world and figured out who I was. For six years I lived in a van and did street performances all over the world. I created my own business, skill set and career. So I guess I’m very comfortable in my own skin. Most people I know finished school and went to university and then went straight to work. Some of them may have spent a year traveling and getting drunk but that’s it. Now they are in their thirties and having kids, but they never really went on a hero’s journey. As a result, they lack a type of maturity that I can’t really express in words. It feels like they need to be spoon-fed information because that is how they have spent most of their lives. The funny thing is they all think I’m crazy.

Wish you to continue staying comfortable in your skin and to continue this heroic journey. And thank you very much for this interesting talk.