Montreal Castle has managed to be the viscount residence, and the military hospital, as well as the bakery, and the monastery School, and the town hall since the XVI century • ALL ANDORRA

Montreal Castle (fr. Le château de Montréal), also known as Château d’Orthe, is located in Peyrehorade, in the French department of Landes. The castle is an object of historical heritage, according to the decree of June 15th, 2012.

The castle is a building in the Louis XIV style – the former Viscounts of Orth’s (Orthe) residence. It was built in the XVI century and transformed in the XVII and XVIII centuries. The castle’s initial name was Château de la Dame de Montréal.

It was the first building to monitor the movement of ships calling at Port du Roc.

The building was destroyed around 1515, and they began to build a castle in its place. Work ceased in 1523 during the Spanish invasion. The castle was hastily completed then, between 1570-1571 which affected its appearance: if the walls of the two lower tiers are made with carefully crafted limestone, then the last two floors offer poor-quality masonry, on which cracks are visible.

Powerful round towers were added to the castle’s four corners during the end of the XVI century.

The building underwent its first transformation in the 17th century. Part of the fortifications was demolished and gardens in the “à la Française” style appeared on the castle’s grounds.

A front yard appeared in the XVIII century. Three central balconies were restored at the same time.

Pierre d’Aspremont supervised the work of the castle. His son Adrien, Governor of Bayonne, died there in 1678.

The castle belonged to the Viscountess Luce-Antoinette during the French Revolution. However, she was forced to emigrate in 1792. All the castle’s property was put up for sale as a national patrimony.

The castle housed a military hospital from 1795 to 1814, and the castle cellars were rented out in 1881 – it housed bakeries and public “bath-showers” (“bains-douches”).

The castle also managed to be a monastic school for girls, and there was a “Christian boarding school” from 1905 to 1914.

An infantry regiment was located in the castle until 1919 when a granary appeared.

Mr. Motes, a local antique dealer, founded the museum there in 1928.

The town council bought the castle in 1937, and two elementary classes of the town’s school were placed there, and a hostel was set up in the basement.

The Germans settled in the castle walls in 1941 and only left it after the defeat in World War II in 1945.

The castle has been the Municipality of Peyrehorade headquarters since 1983, which took control of the building’s restoration.

Les Gourmandises De Nicolas, a French café restaurant, is located next to the castle. 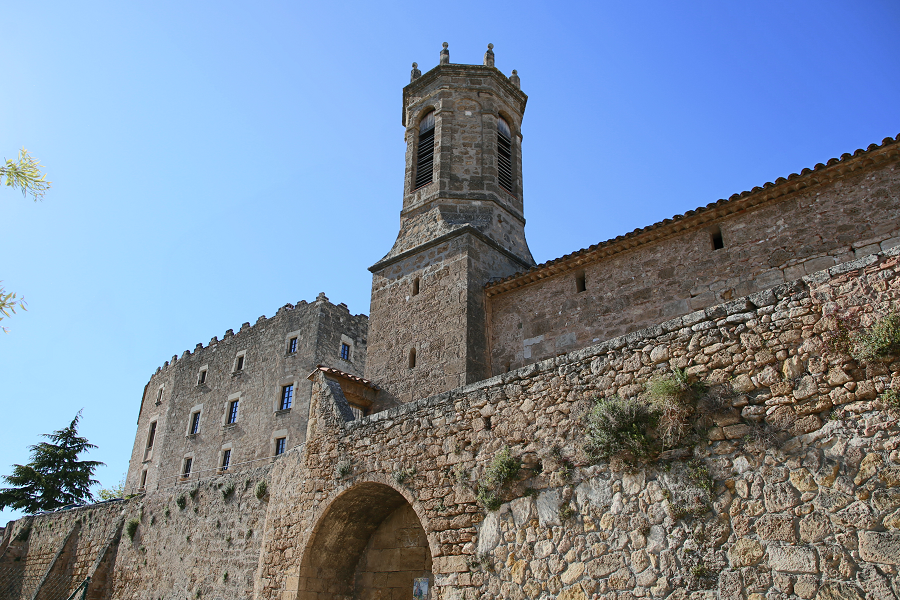