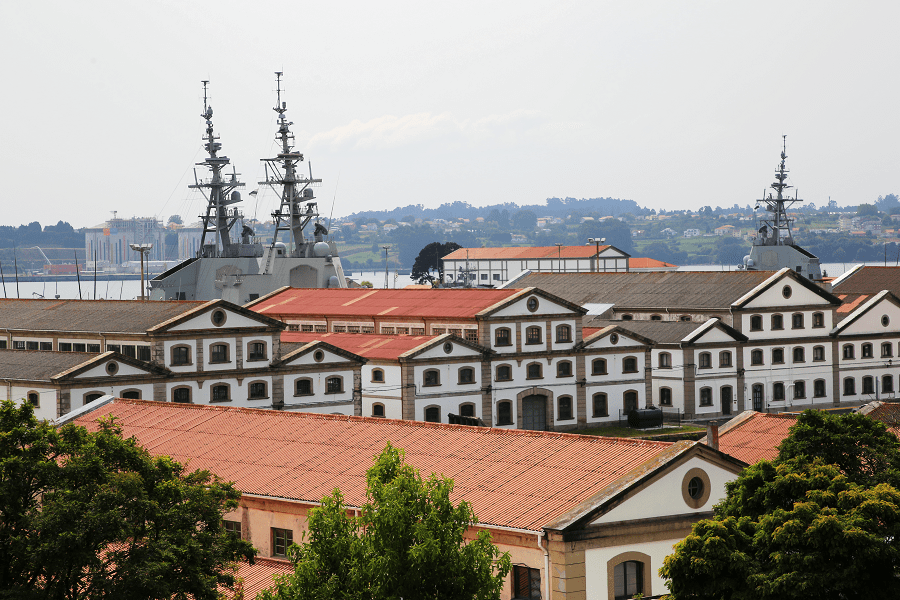 Ferrol is a city and municipality located in the north of the province of La Coruña, in Galicia, Spain. The city is located in the interior of the Ferrol estuary, although the municipality also has an outstanding coastline open to the Atlantic Ocean. 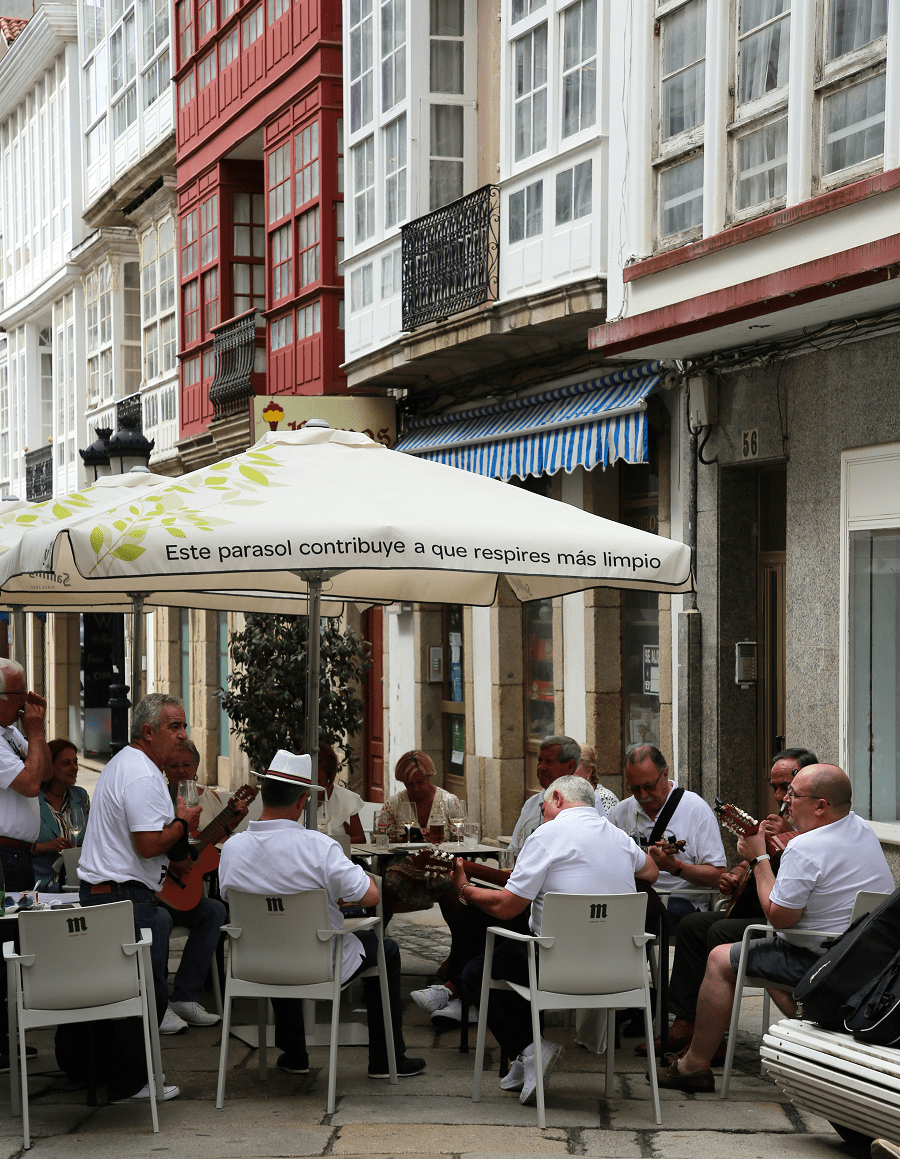 The city has been a major naval shipbuilding centre for most of its history, being the capital of the Spanish Navy’s Maritime Department of the North since the time of the early Bourbons. Before that, in the 17th century, Ferrol was the most important arsenal in Europe. Today, the city contains some of the major shipbuilding yards of the Navantia Group. 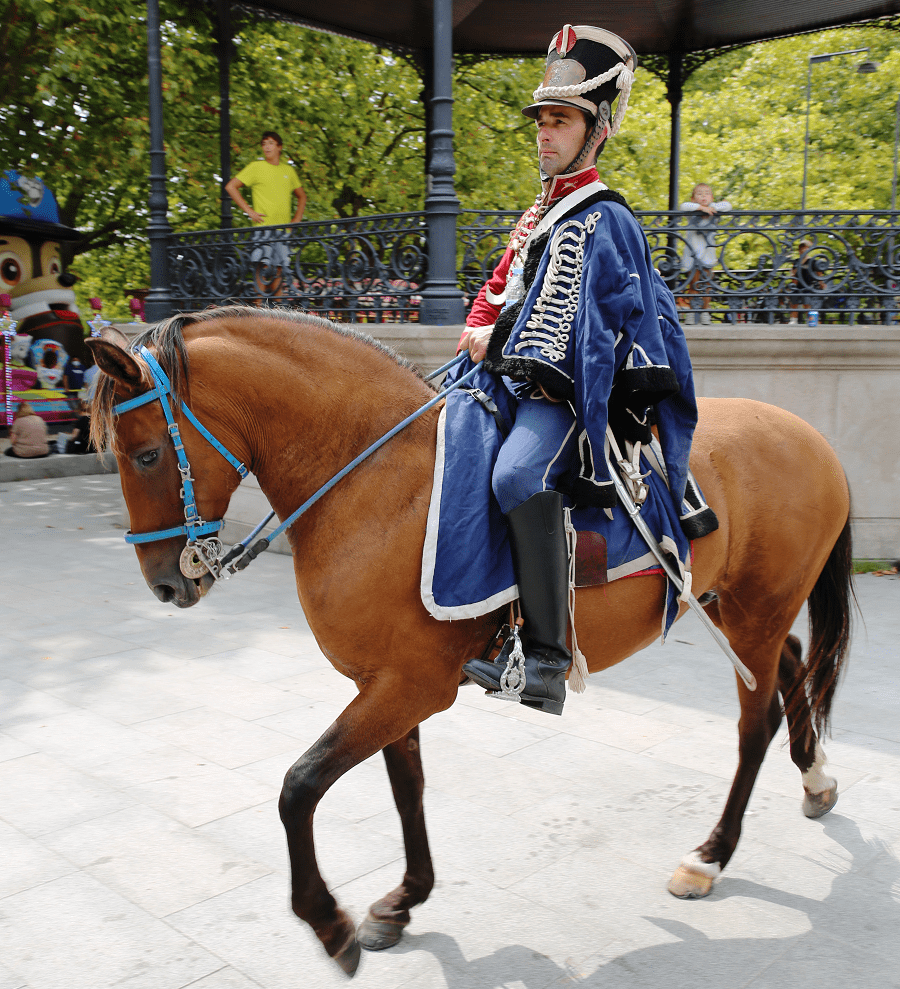 It is a city traditionally oriented towards maritime activities, through its fishing and commercial port, civil and military shipyards, Navy facilities or tourist beaches. 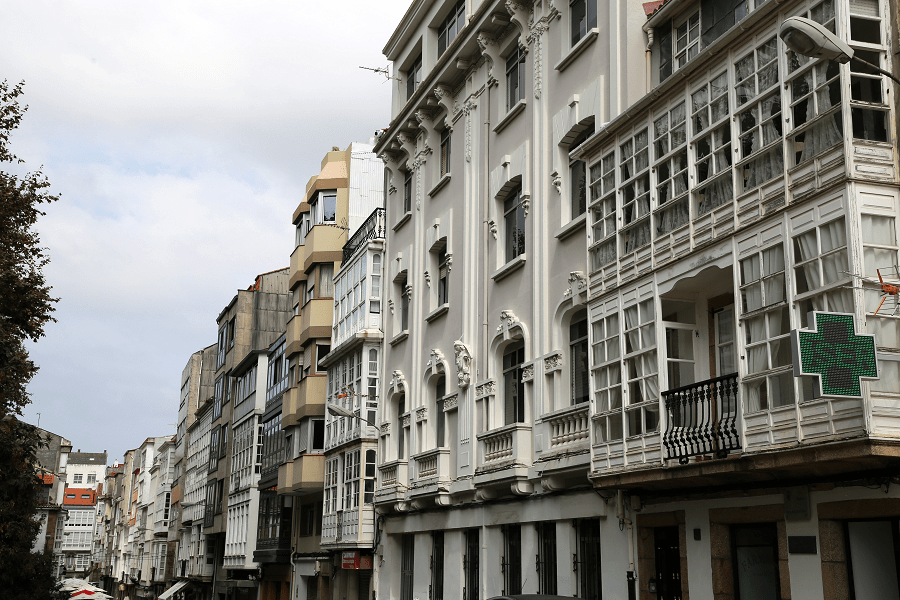 The municipality is a part of the Rías Altas coast of the Atlantic resorts of Spain. 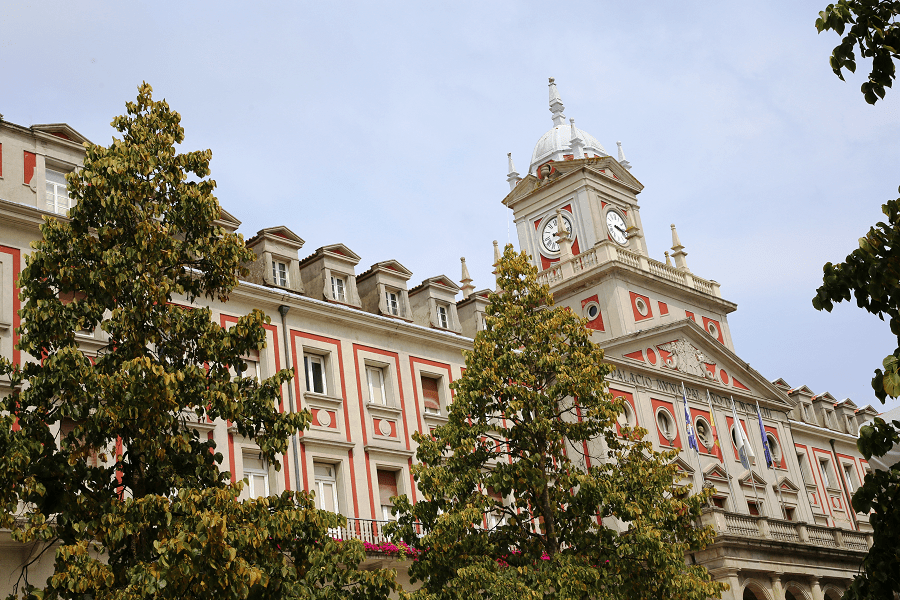 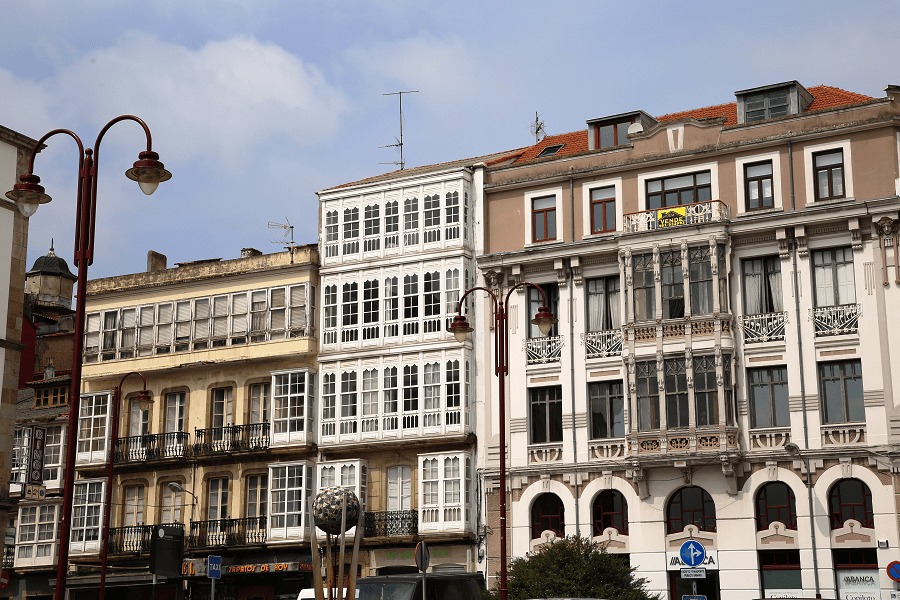 Museum of the Galician Society of Natural History 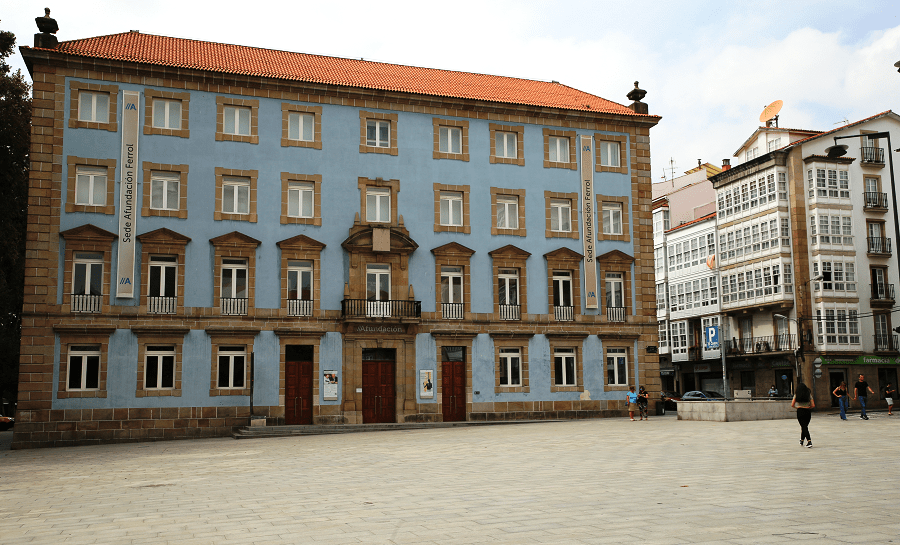 La Magdalena neighborhood: dates from the 18th century, with its streets and gallery houses 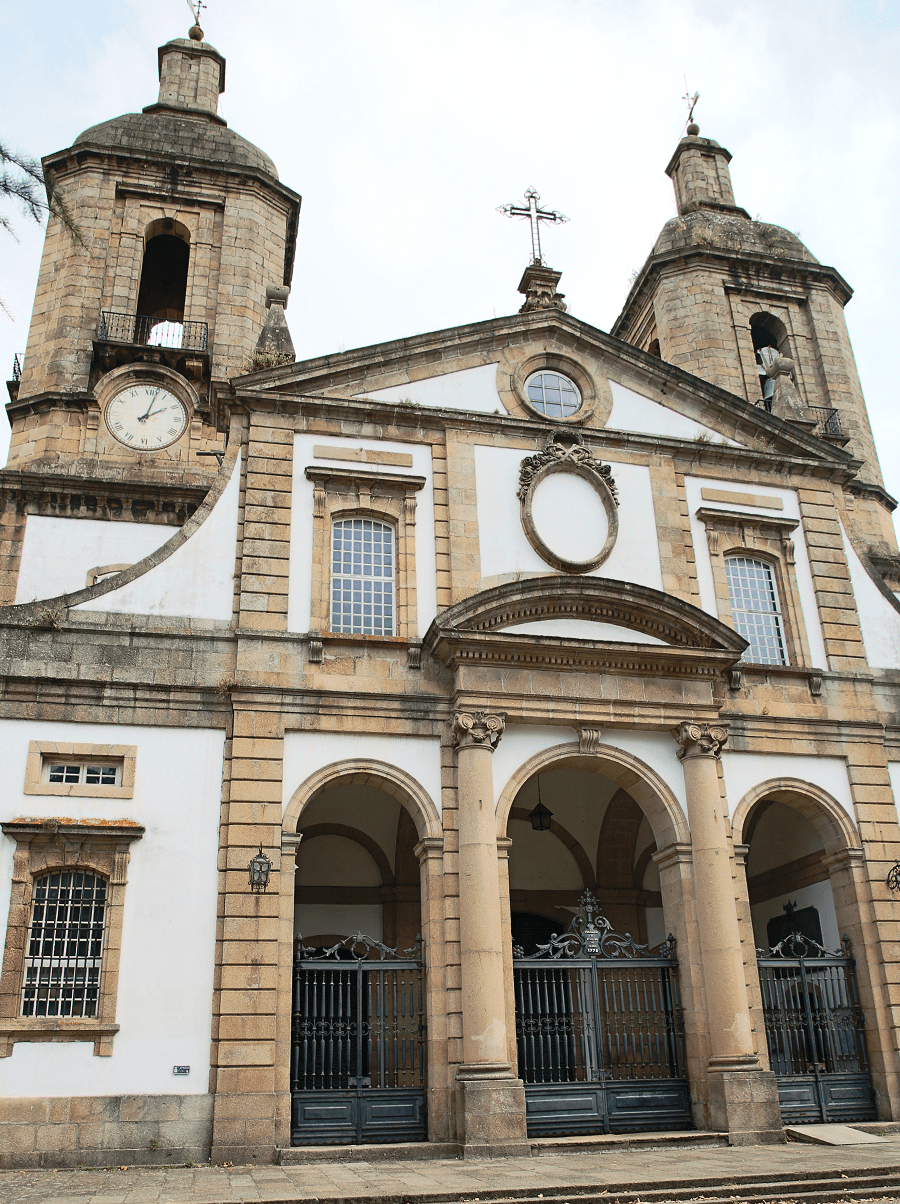 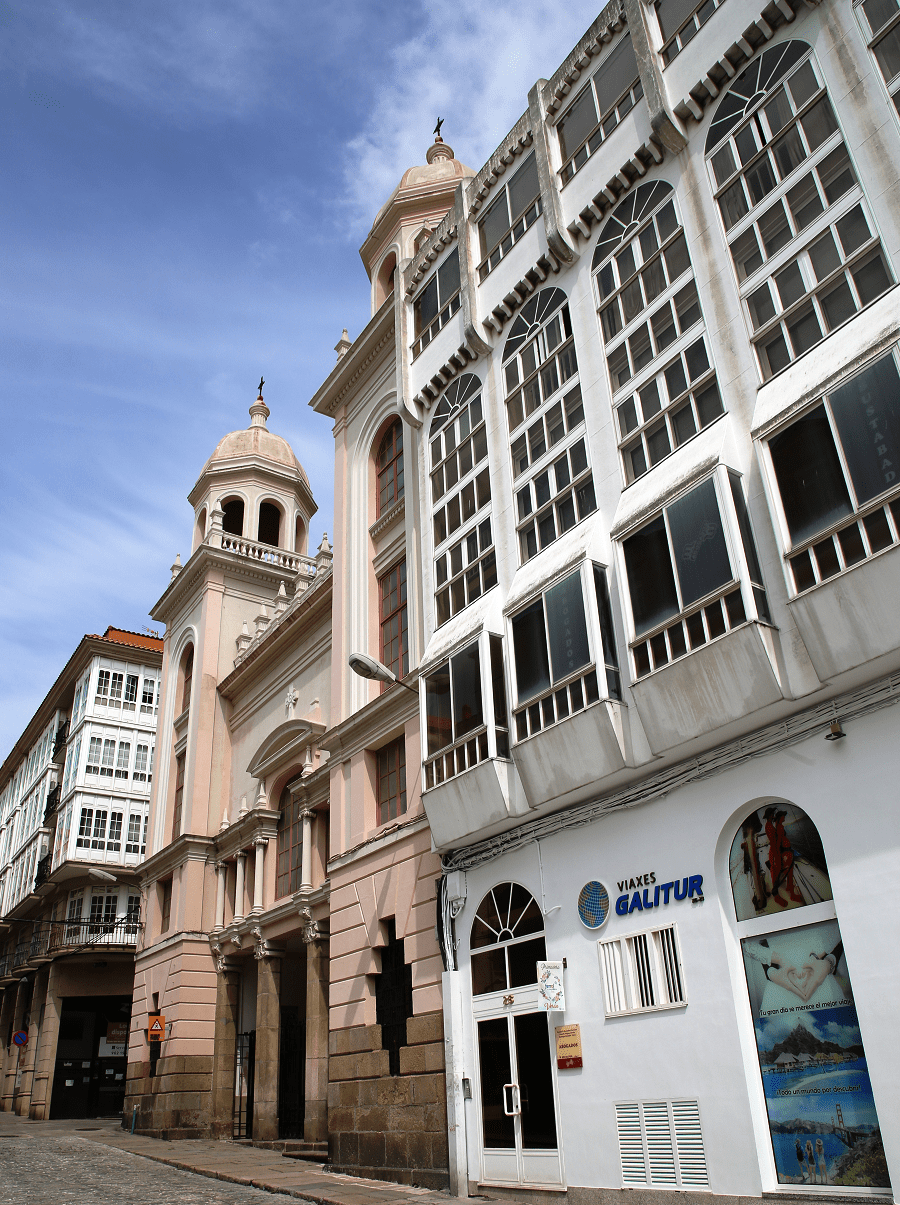 Co-Cathedral of San Julián (in the neighborhood of La Magdalena) 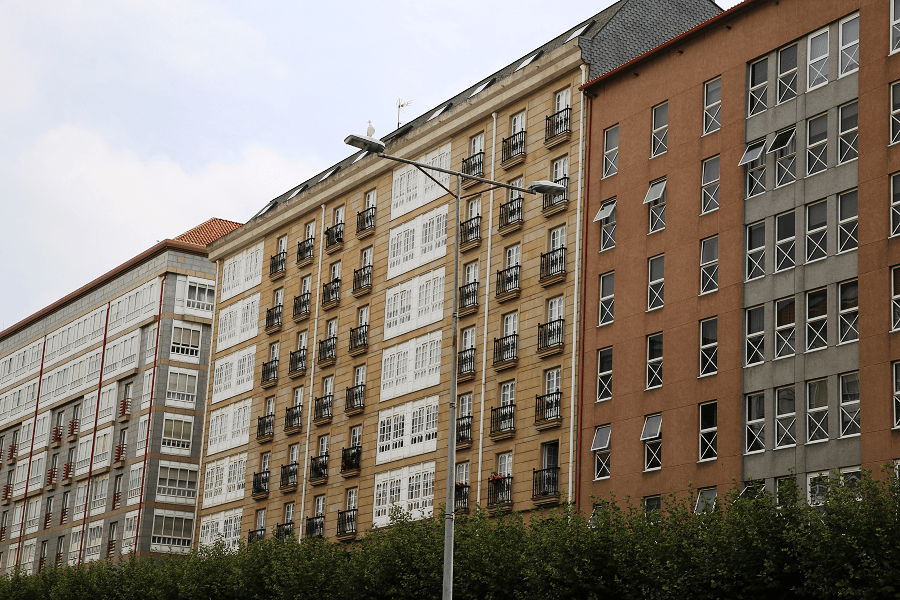 Neoclassical Church of San Francisco (in the Ferrol Vello neighborhood) 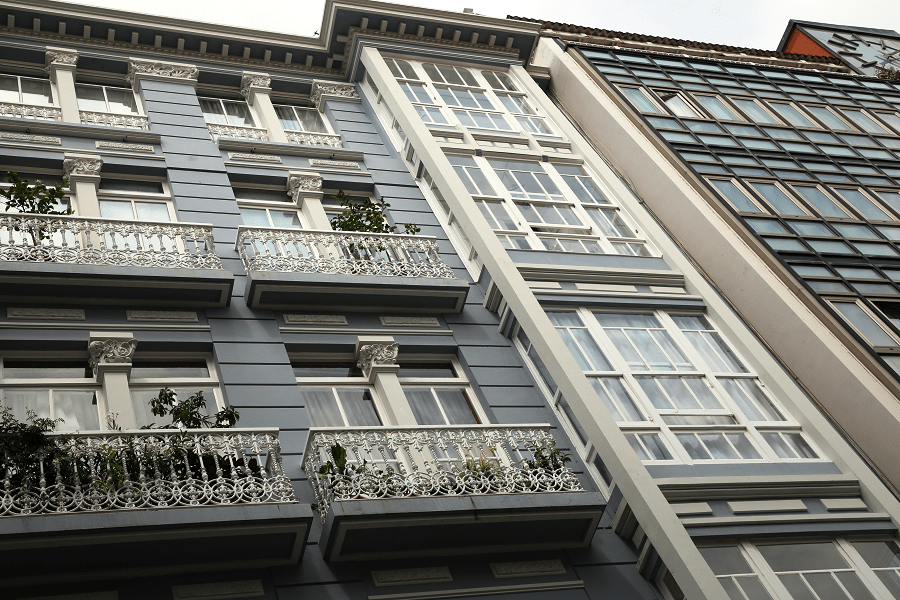 Castillo de San Felipe (on the opposite shore is the Castle of La Palma, belonging to the municipality of Mugardos)

Hermitage of Chamorro: located in the mount of Chamorro, in the parish of San Salvador de Serantes. On the day of the Virgin of Chamorro a great pilgrimage is celebrated 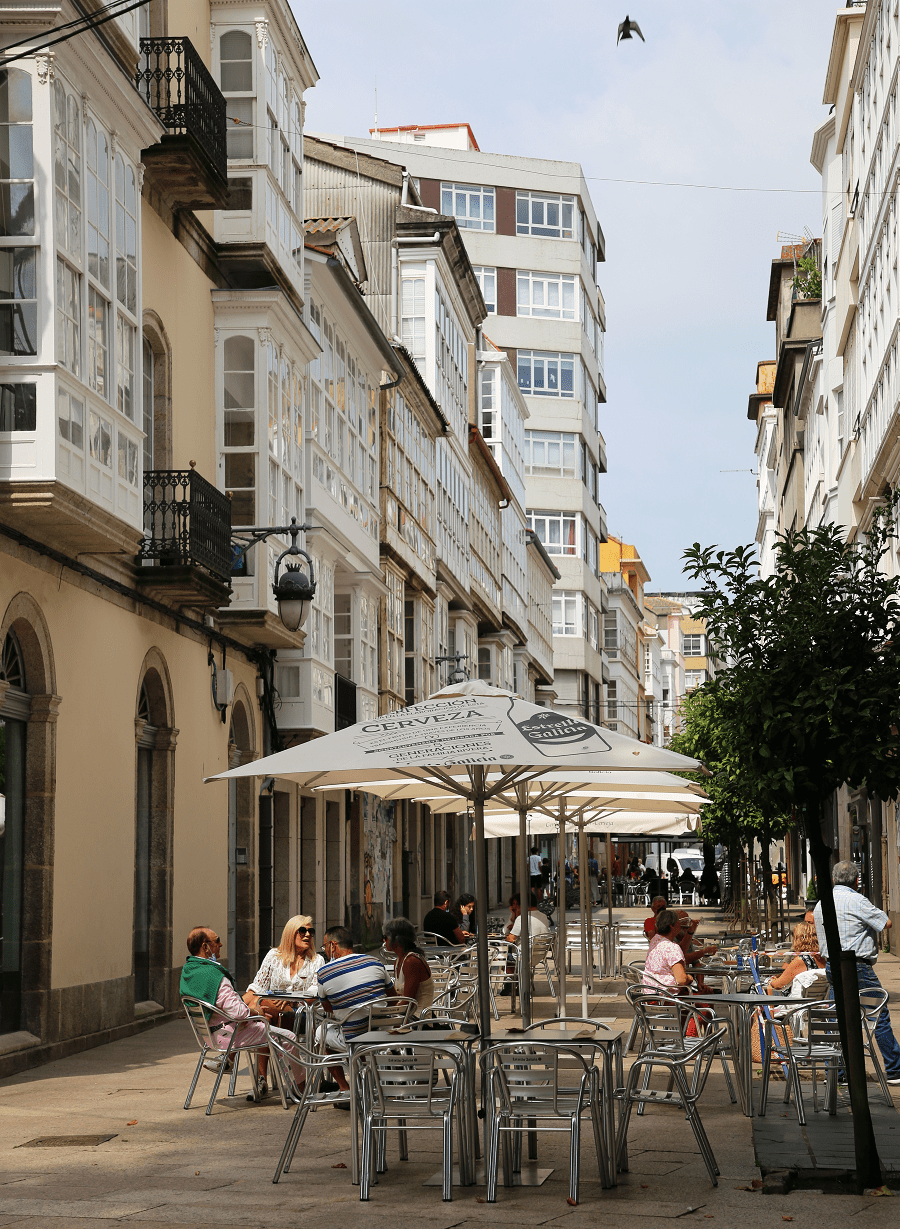 Hermitage and sites on the island of Santa Comba

Captaincy General and the Gardens of Herrera: next to these gardens are the statues of Mars and Jupiter, which are the oldest in Ferrol. 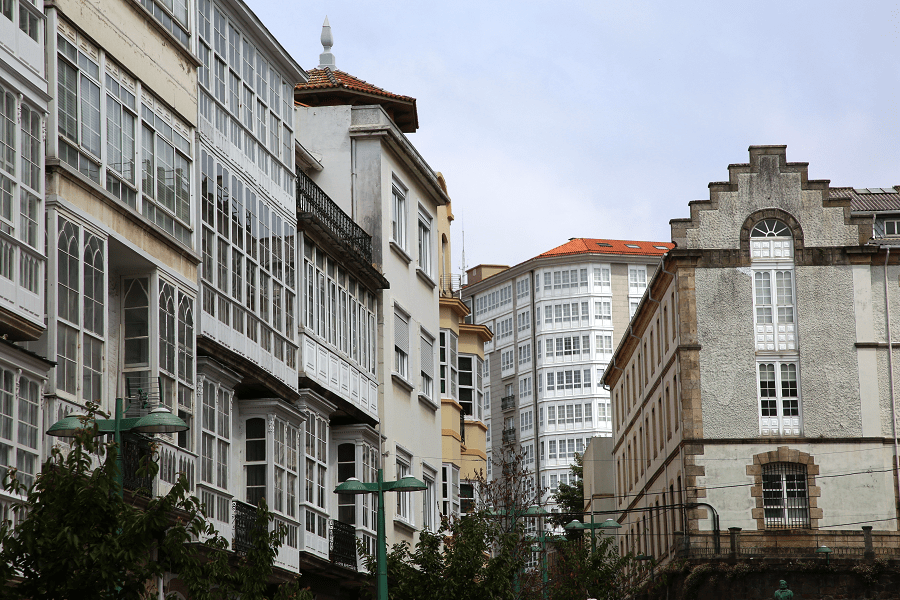 Entrance of the Ferrol estuary: viewpoint from which you can see the mouth of the estuary, its narrowing (where the castles of San Felipe and La Palma are located, one of them in each shore) and the city’s own seafront. 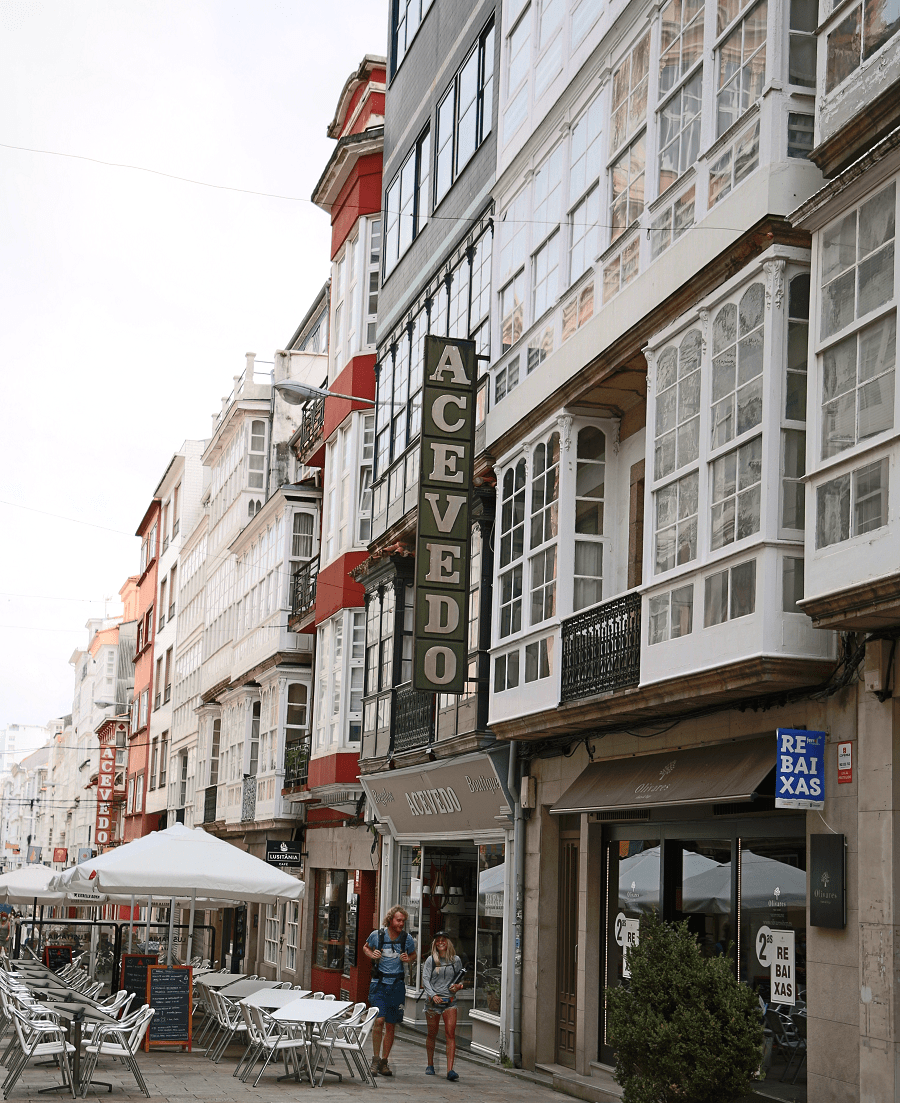 The port of Ferrol is and has been a reference point for the disembarkation of sailors bound for Santiago de Compostela. The legend of the English Way is part of the history of the city, where pilgrims from the most distant countries arrived. 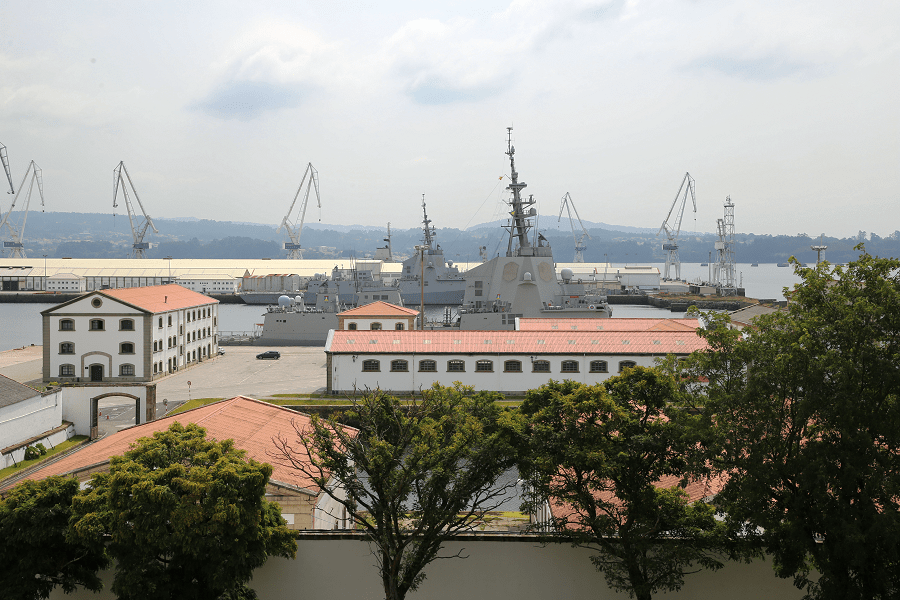 The Ferrol coast is made up of several unspoiled beaches, very popular with bathers in summer and all year round by surfers and windsurfers. 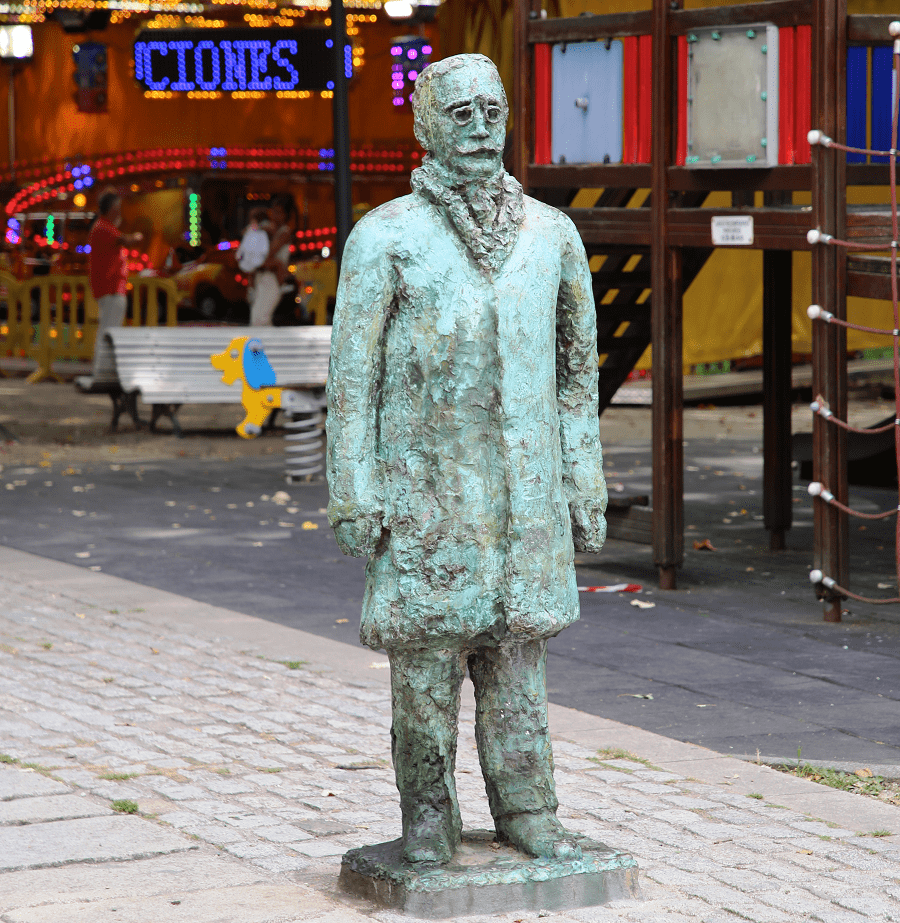 Four of them had a blue flag in different times: Doniños, San Jorge, A Fragata and Esmelle.

Those of Santa Comba, Ponzos and Covas also stand out. 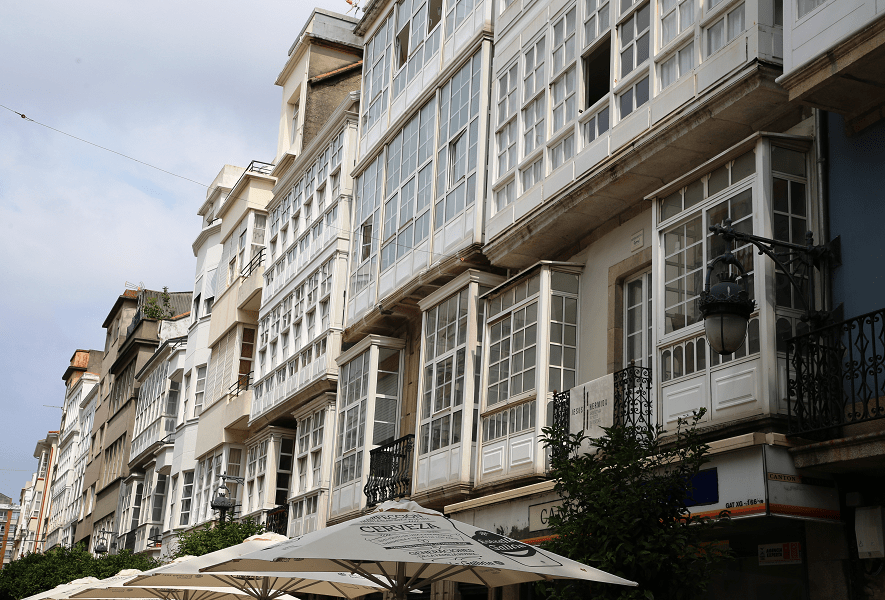 The port of Ferrol plays an important role in the Ferrol economy. Composed of two docks, one in the surroundings of the city and the other at the mouth of the estuary, it presents the second largest movement of goods in Galicia. It stands out in the import of coal for the Endesa thermal power plant in Puentes de García Rodríguez; gas for the Reganosa plant and wood for Ence and other companies. 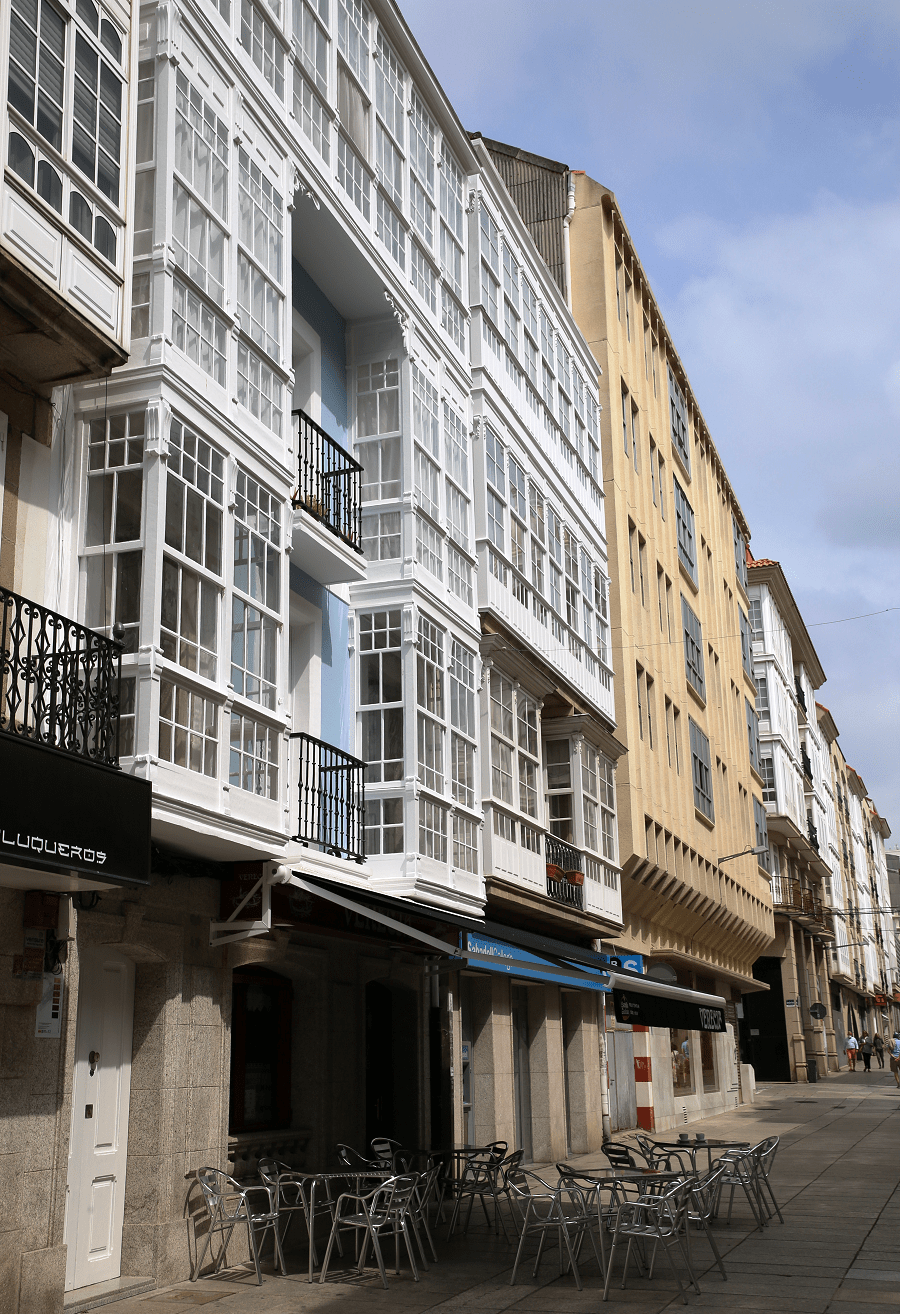 The outer port has one of the largest container terminals in Galicia, operated by the FCT company. Currently, progress is being made in the railway connection project with these port facilities. 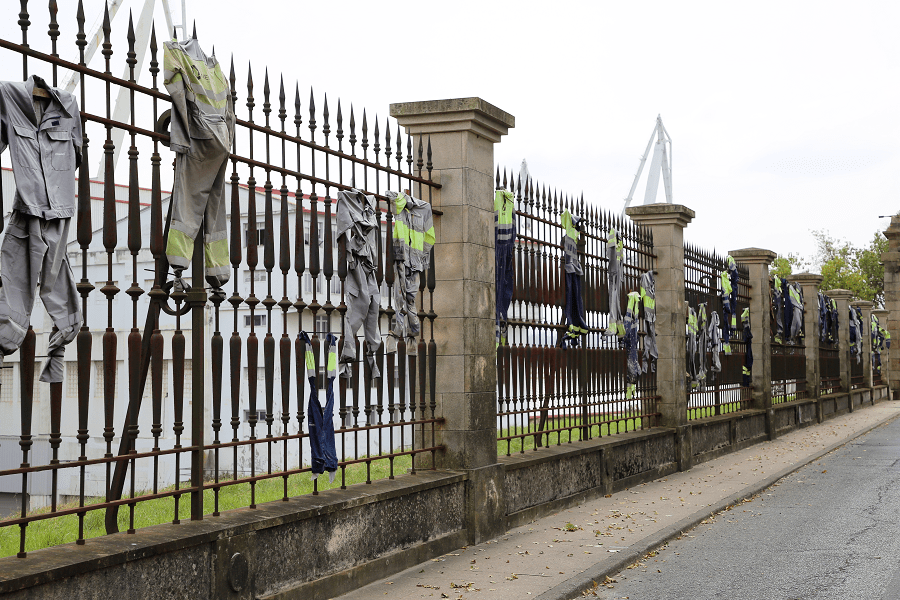 The Spanish Armada forms another of the fundamental pillars of the city of Ferrol. The departmental city is the headquarters of: 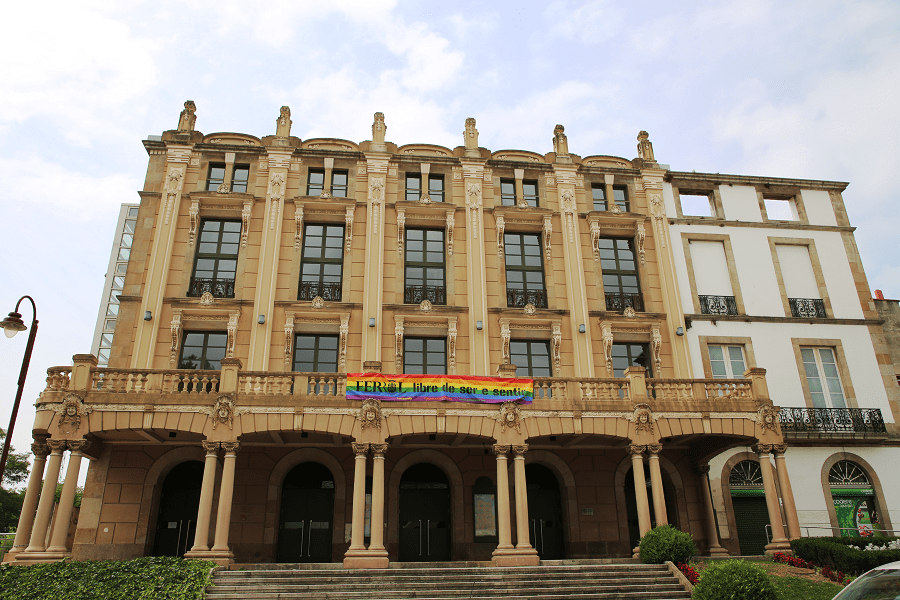 The nearest airport is A Coruña (LCG).

The city has direct railway communication with cities such as La Coruña, Lugo, León, Valladolid, Zamora, Madrid with Renfe services. 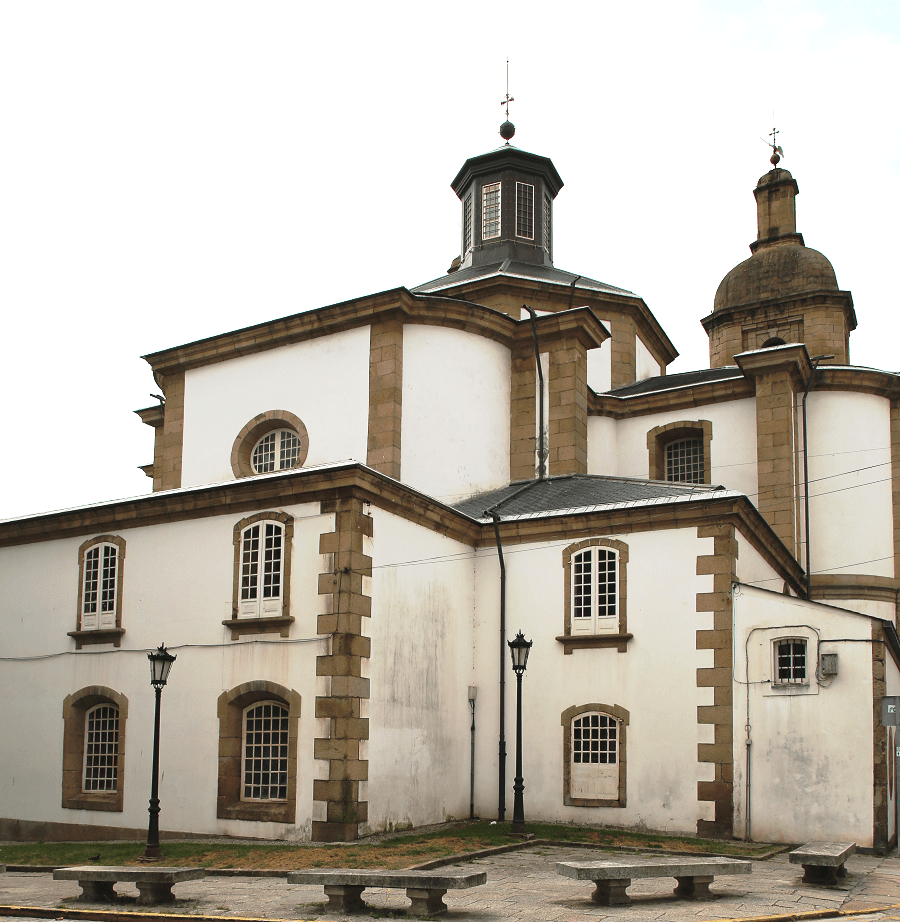 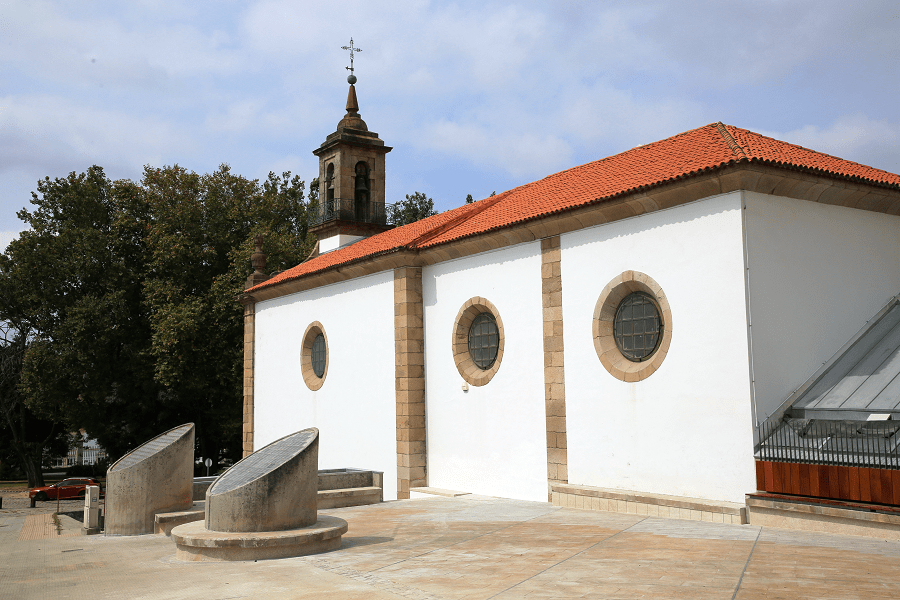 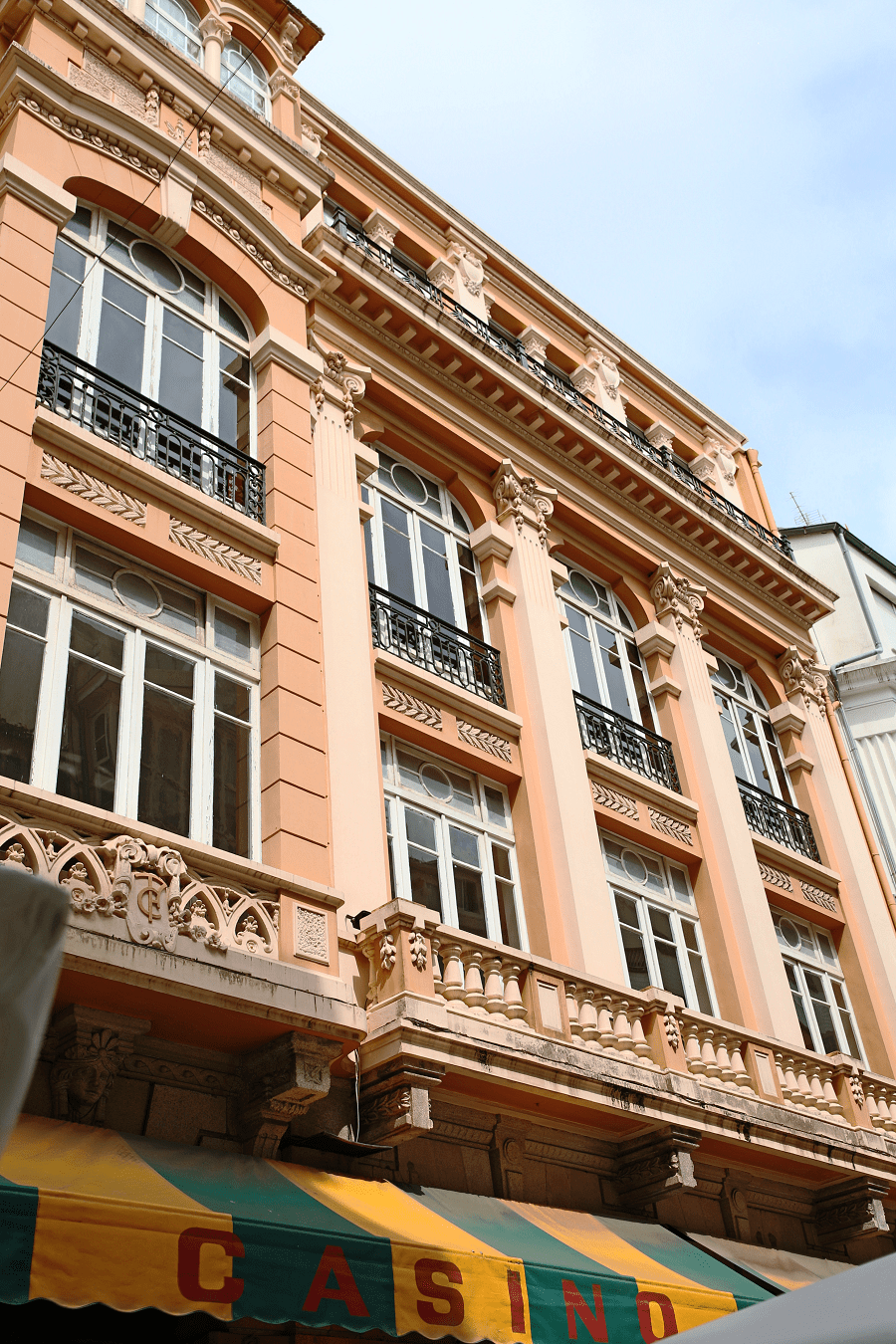