Embassy of France in Andorra and the Government of Andorra scheduled the film screening ("Human") by French photographer and environmentalist Yann Arthus-Bertrand • All PYRENEES · France, Spain, Andorra 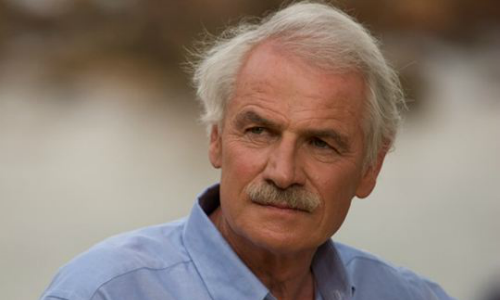 Embassy of France in Andorra, the Andorran Commission for UNESCO and the Government of Andorra scheduled the film screening (“Human”). The event takes place in the framework of the week of the environment in Andorra. The film will be screened in the cinema of Ilya Carlemany this Thursday at 19.00. The event will be attended by the film’s director, Yann Arthus-Bertrand, who will lead a discussion on topics related to creativity and protection of the environment.

The movie “Human” was filmed over 2 years and consists of data obtained during interviews with more than 2000 different people on topics such as the fight against poverty, war, homophobia, love, family, the future of the planet.

This is the second film of Yann Arthus-Bertrand, a specialist in the aero photography, which is also known for his participation in the protection of the environment. In 2005 he created the Foundation “Good planet”, which actively promotes environmental awareness and combat climate change.

His first film of the series (“Home”) came out in 2009 and was devoted to the environmental prospects of development of the planet. The film was seen by over 600 million people worldwide. The premiere of the film took place in the presence of the UN Secretary General Ban Ki-moon on the occasion of the 70th anniversary of the United Nations. Since 2009 Yann Arthus-Bertrand has been and Ambassador of good will for the United Nations environment programme.

Yann Arthus-Bertrand received world popularity thanks to the series of images of various corners of the Earth shot from the air: the project “Earth from Above” in 1995.

Presentation of the film “Human” in Andorra is open for everybody. The Ambassador of France in Andorra Ginette de Matha and the Minister of environment of Andorra Sylvia Calvo will also take part in the debates.