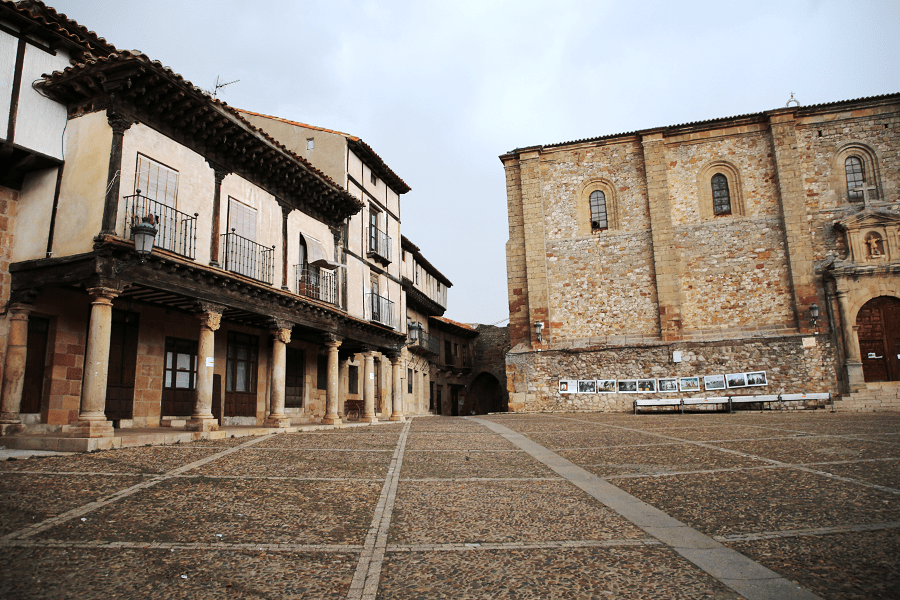 Atienza is a municipality and town in the province of Guadalajara, in the autonomous community of Castilla-La Mancha, Spain.

Since 2019 Atienza has been a part of the network “The most beautiful towns in Spain“. 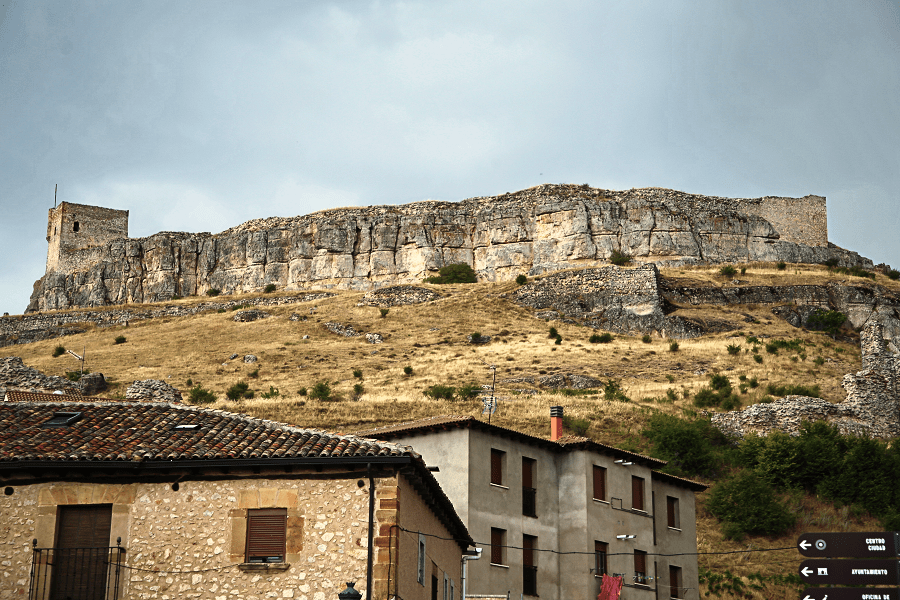 The town had in the past up to 14 churches. At present there are seven churches and three hermitages, in different state of conservation. 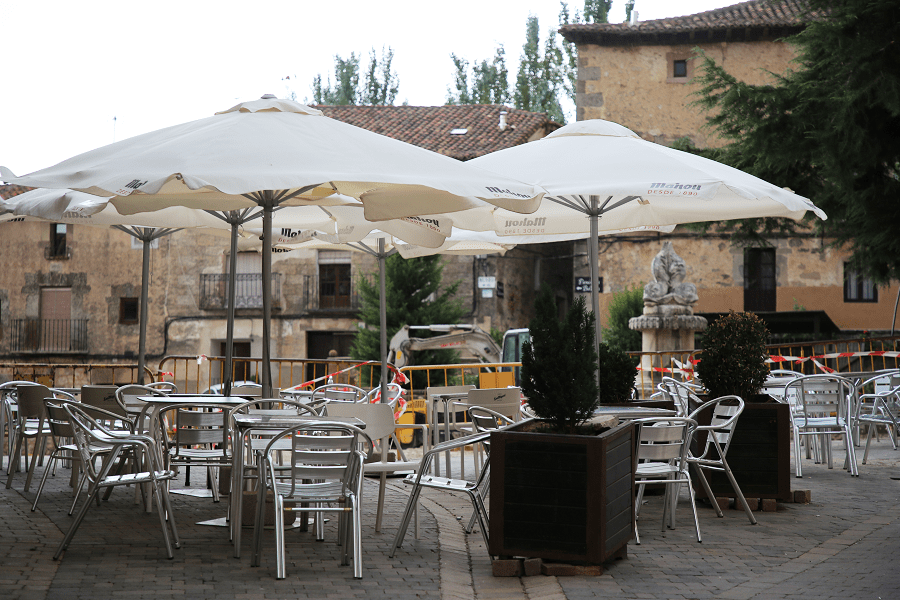 The church of San Juan del Mercado, dedicated to San Juan Bautista, is today a parish church open to worship. It was started in the 12th century, but it was rebuilt only at the end of the 16th century, in the Renaissance style. Its façade is reinforced by ashlar buttresses and the façade is of classic lines. 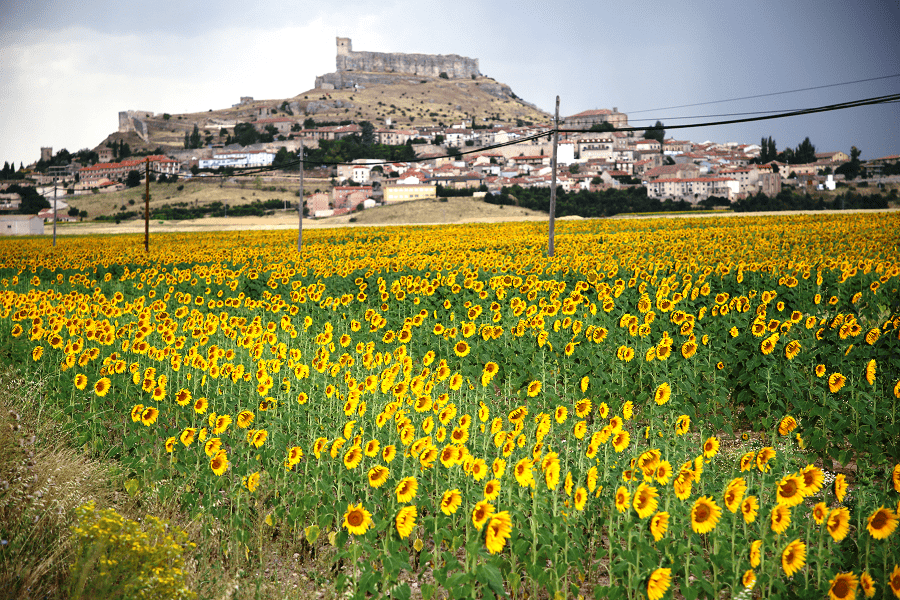 Regarding its interior, the floor plan is of a hall with three naves, separated by cylindrical columns, on which the vaults are based.

Its main altarpiece consists of a central body and two sides, separated by two Solomonic columns, and is in the Baroque style, with paintings by Alonso del Arco. It has an apse and a high choir with an organ. 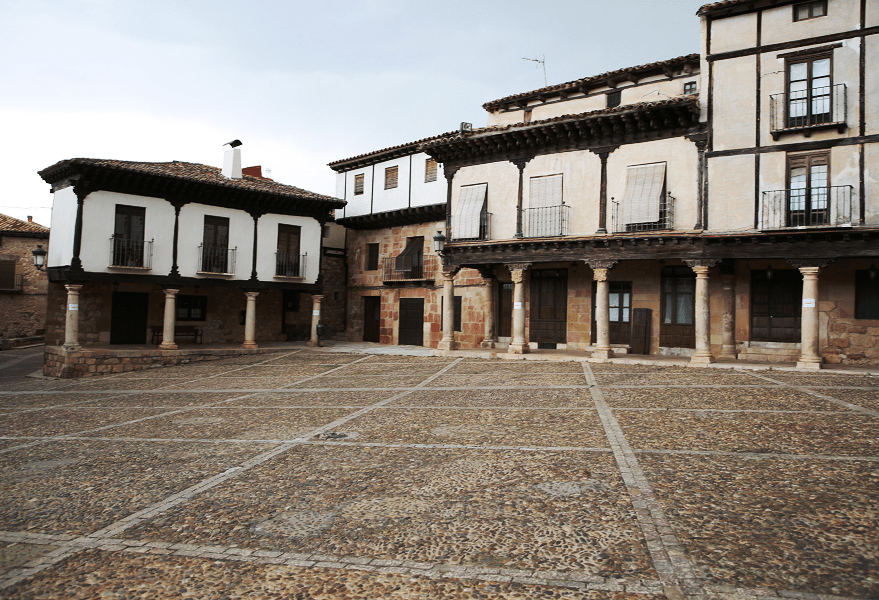 The church of San Gil is today a museum of sacred art that houses a collection of Athenian art from different periods, as well as an exhibition of archaeological elements. Of its Romanesque construction, only the apse remains, from the 12th century, with a semicircular floor plan and with columns of foliaceous decoration.

The church of San Bartolomé is located next to the outermost layer of walls. It is a work from the first half of the 13th century, with a square apse. In front of it is a porticoed gallery with semicircular arches. 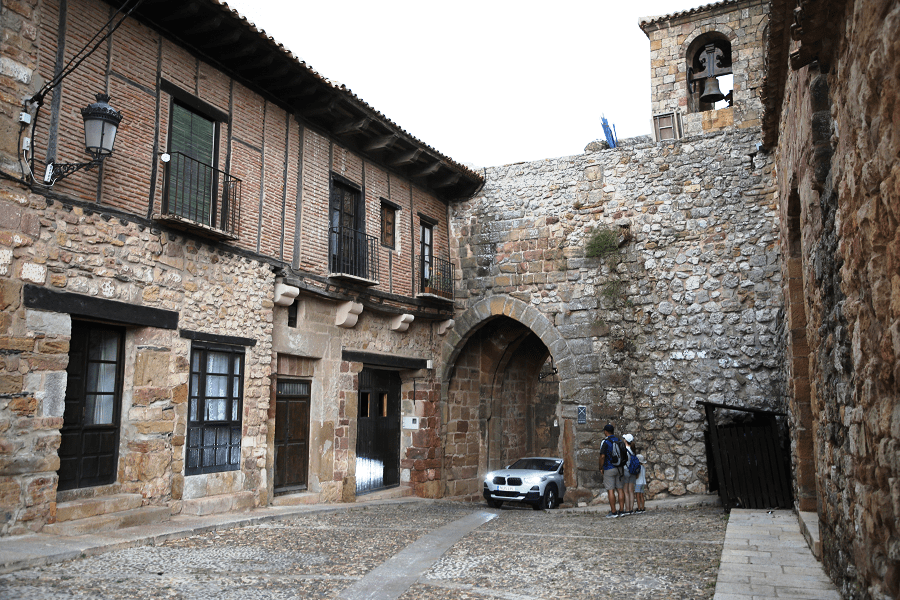 The church of the Holy Trinity is located today in the Museum of the Caballada. It has a Romanesque apse with a Segovian influence. The interior has a single nave, divided into three sections, with a high choir at the foot. Its Gothic and Renaissance chapels, of the Christ of the Four Nails and of the Ortega, and the rococo of the Immaculate Conception, which was donated to the town by Felipe V. 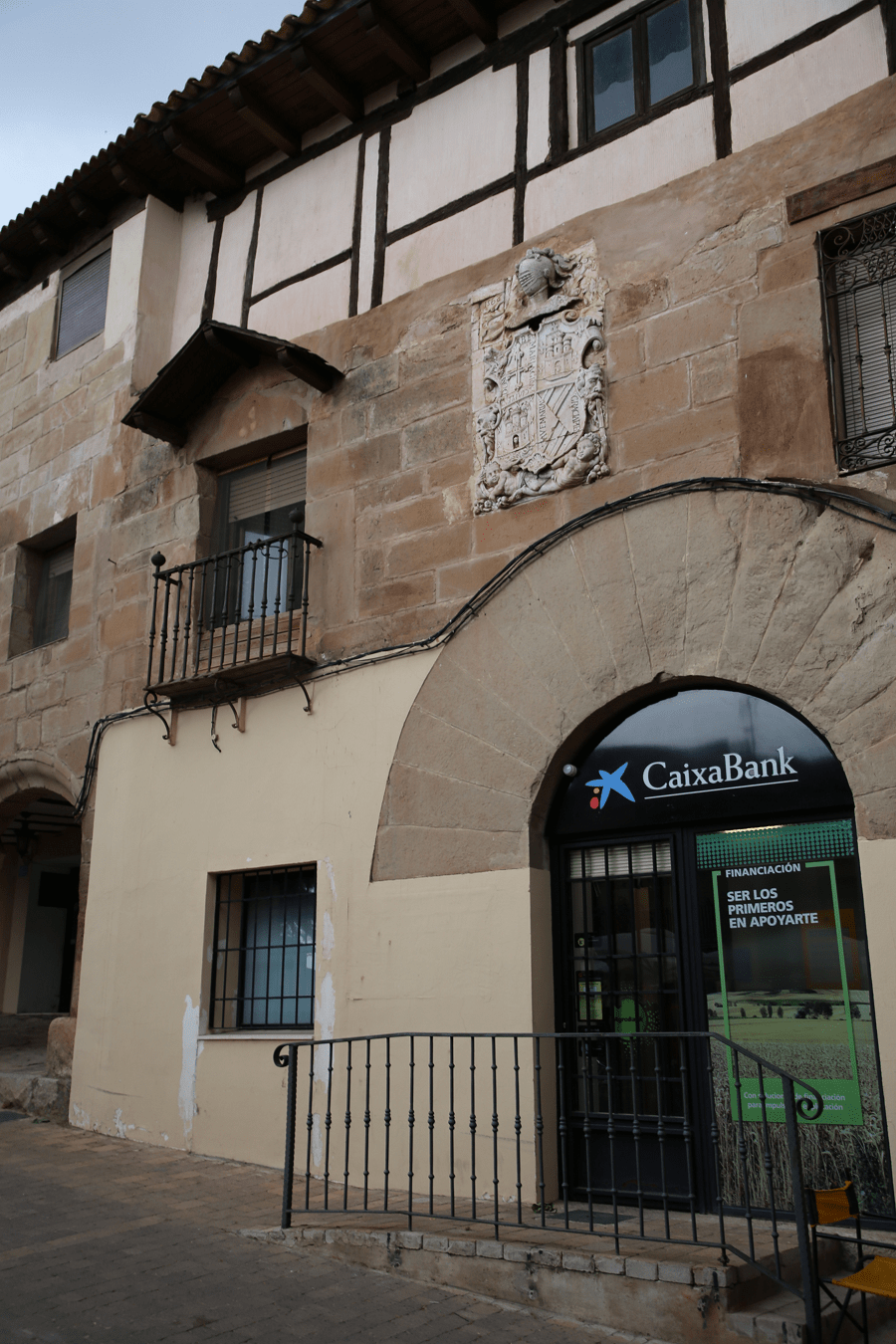 The castle of Atienza, which dominates the hill on which the town is located, is visible from afar.

Atienza was a strongly walled town during the Middle Ages. It had two sections of walls, of which a good part of its route is preserved in a relatively good state of preservation. 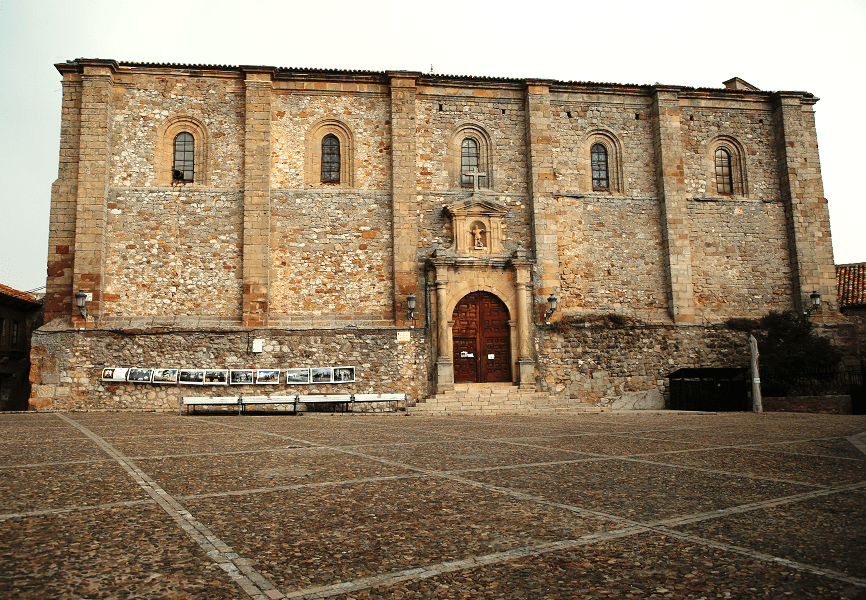 Near the Plaza de España the Casa del Cordón is preserved, a medieval palace in a Gothic window on the façade stands out.

Also noteworthy is the urban complex around the Plaza del Trigo or the Market, in a traditional Castilian style, on whose side the church of San Juan is located. This square responds to the type of Castilian main squares, with arcades with stone columns and exposed wooden structures. It was in this square where the Market of the town and its region took place. 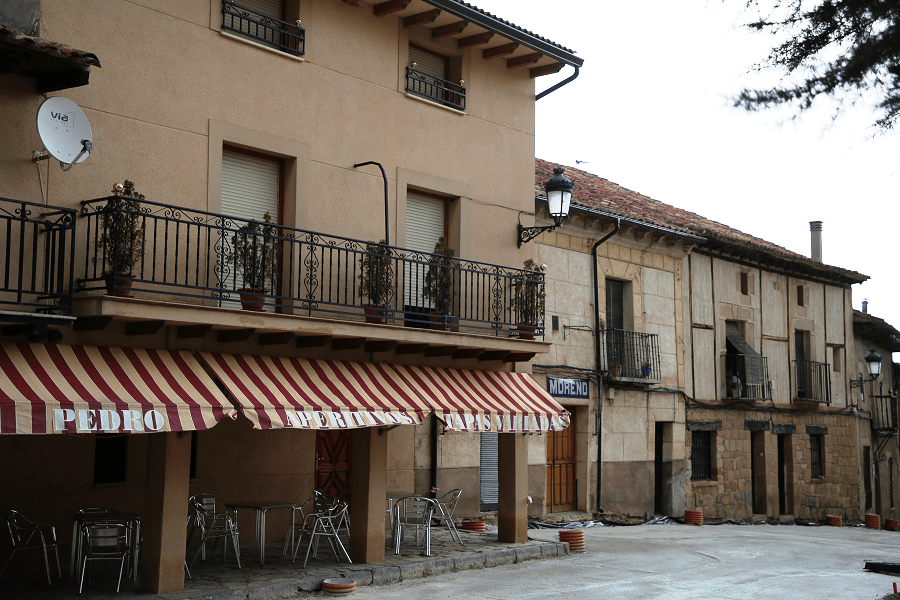 There are several houses emblazoned with the coats of arms of noble families settled in different times in Atienza. Among them the Bravo and Laguna family stands out, in the Plaza de España which, according to a plaque on its façade, was the birthplace of the community member Juan Bravo.

Atienza is part of the Camino del Cid, a route that links the points of the journey of the legendary Castilian hero in his exile, with a Cidiano landmark in its vicinity. The town is also the north start of Section 10 of the Don Quijote Route, for which reason there is a recreational area typical of this ecotourism route at the foot of the castle hill, with the road in the direction of Sigüenza. 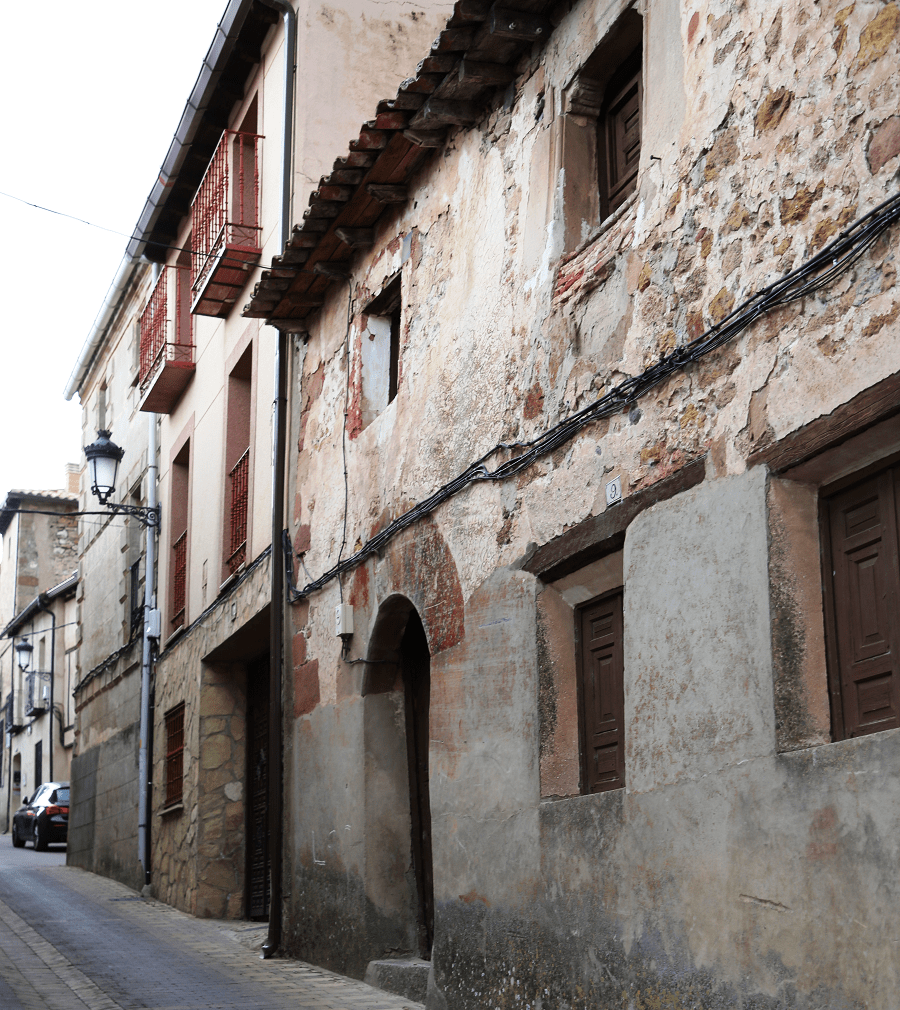 In the same way, it is part of one of the routes of the Camino de Santiago, specifically the one that comes from the Levant, known as Ruta de la Lana. 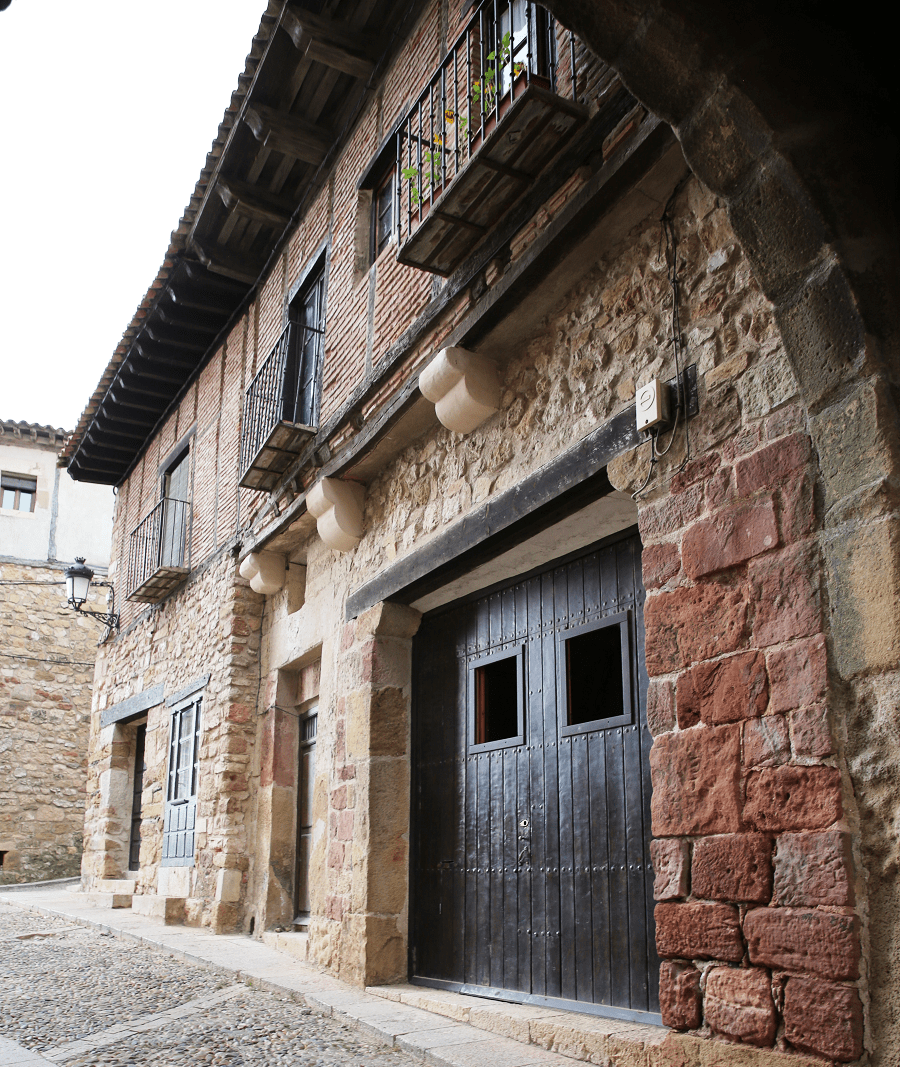 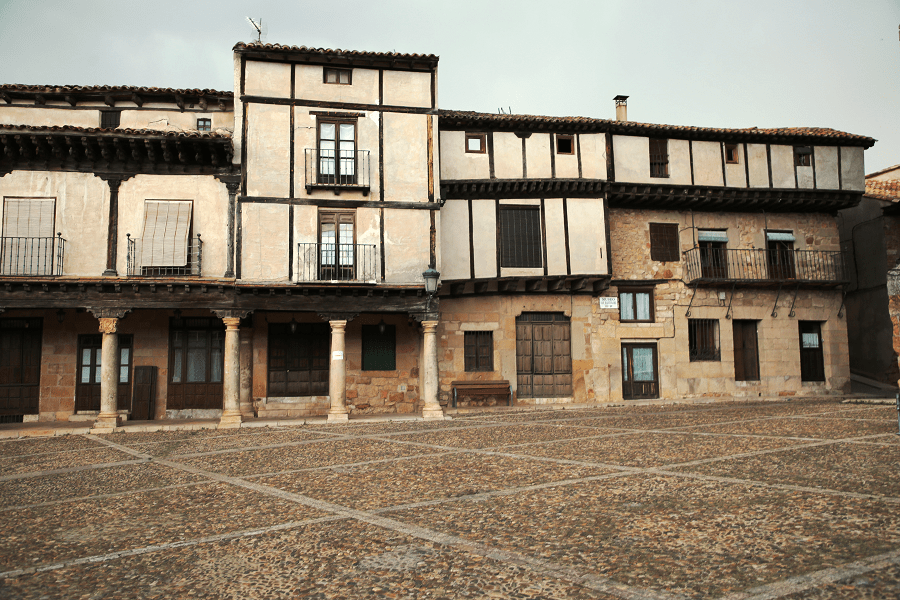