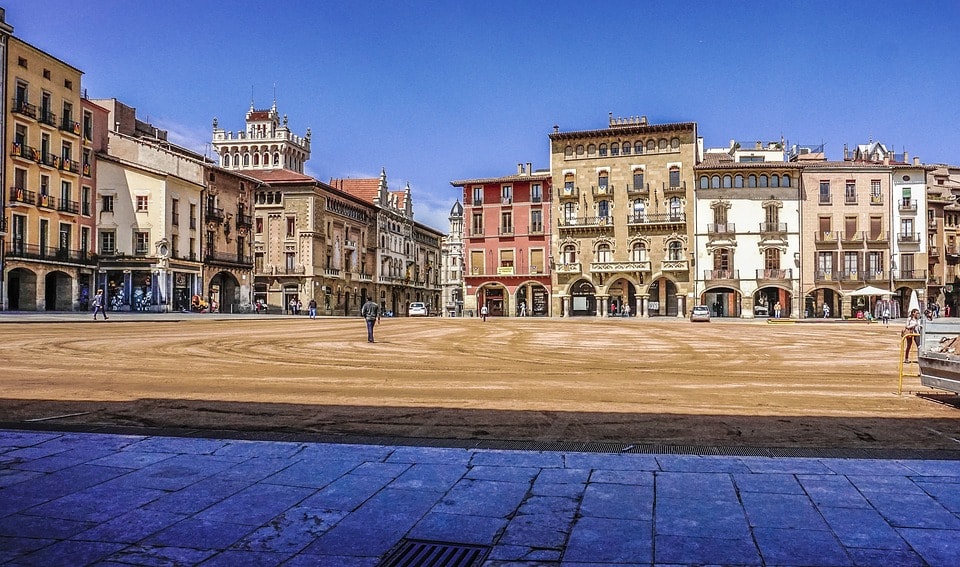 Vic (cat. Vic) is a city and municipality in Spain, the capital of the Osona region, in northeastern Catalonia. Its geographical location, 70 kilometers from Barcelona and 65 from Girona, has made it one of the capitals of the interior Catalonia. It has a population of about 50 000 inhabitants.

The name of this town was written for centuries with the Vich form, according to traditional spelling. Since the beginning of the 80’s, the official form is “Vic”, in application of the Orthographic Norms of the Institute of Catalan Studies. The spelling with final “h” remains in the surname Vich, and also it is the one that has the homonymous town of Arpitania.

Tourism attractions, architecture and what to see?

It is a city worth visiting, because it has one of the most suggestive medieval ensembles in Catalonia, which was voted one of the seven wonders of Catalonia in 2007. The center of the old town is Plaça del Mercadal or Plaça Major, where several modernist buildings, arcades and towers stand out. The Episcopal Museum of Vic has one of the best collections of Medieval Catalan Art and is declared a museum of national interest by the Generalitat of Catalonia. 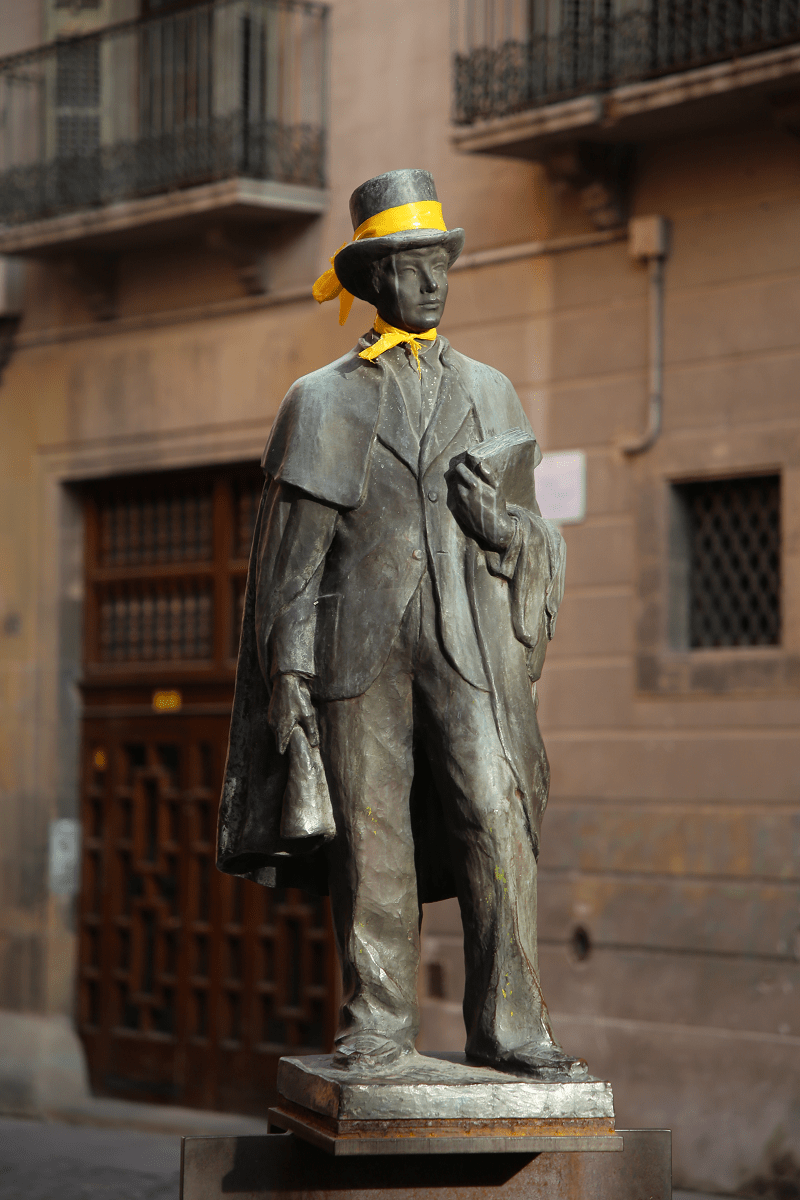 Two of Vic’s most important monuments are:

● The Cathedral of Vic
● The Roman Temple of Vic

It’s argued which was the first cathedral church in Vic, St. Peter the Apostle or Santa Maria la Rodona. For centuries, the bishops celebrated the first Christmas Mass at Santa Maria, and the third, in Sant Pere. The very old church of Santa Maria, was reconstructed from the foundations by the canon Guillem Bonfil in 1140, and was consecrated after forty years by the bishop Pere de Redorta. He was assigned there in 1787 to make room for the new cathedral. 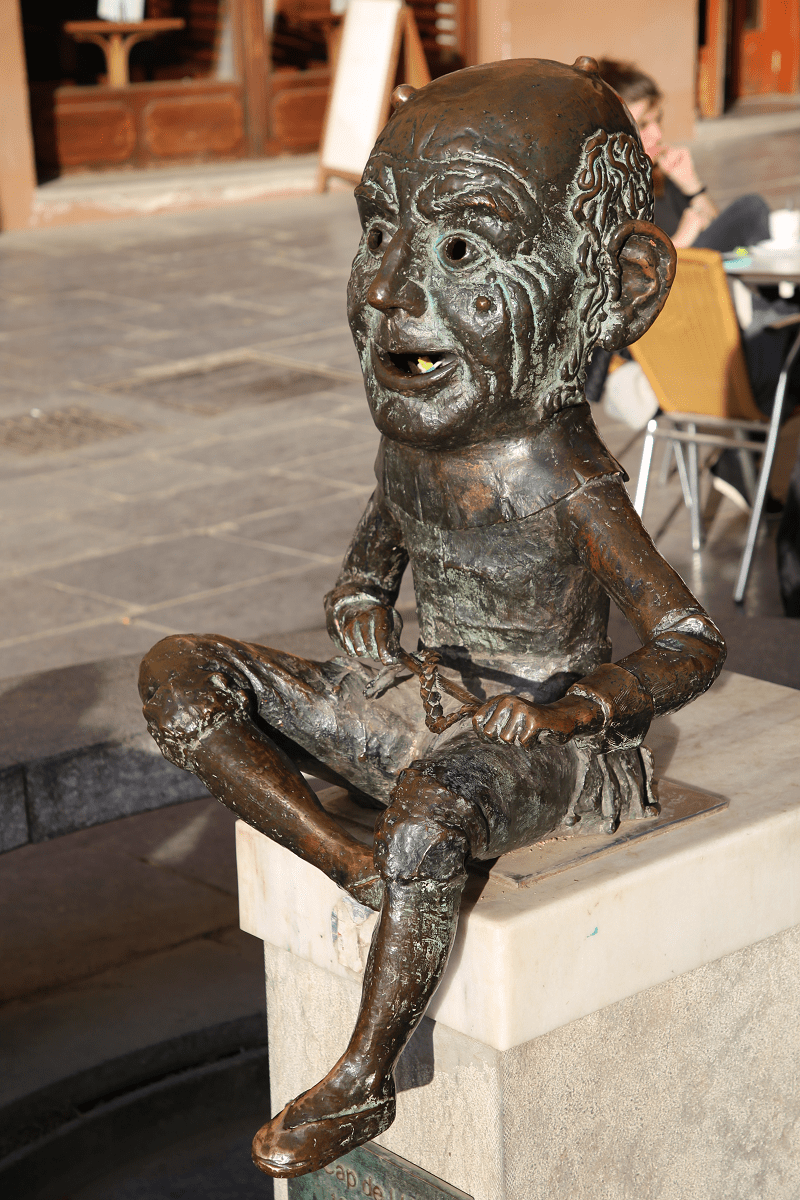 The original cathedral, with a single nave, thick walls and few windows, was replaced by the one built by Abat Oliba. Two hundred years later, Ramon d’Anglesola already published a pastoral letter urging the faithful to contribute to the repair of the building. In 1401, Bishop Diego de Heredia added a transept, and in 1585 the door of Saint John opened. Over time, however, a complete reconstruction was increasingly necessary, and towards the end of the 17th century, the cathedral was demolished to make it a new. The first stone of the new temple was laid on September 24, 1781, and was consecrated on September 15, 1803. It is a classic design building, a combination of the Doric and Tuscan styles, with a stone facade enriched with a beautiful balustrade. It has three entrances, corresponding to the three naves, and colossal statues of its six patrons.

The interior is corinthian. Of the medieval cathedral, only the altar of alabaster of gothic style, donation of the early 15th century of Bernard Despujol, the Romanesque bell tower and the crypt were preserved. Among the side chapels is the one of Sant Bernat Calbó (bishop of Vic between 1233 and 1243), who participated with Jaume the Conqueror in the conquest of Valencia. The cloister, of two floors and of Gothic style, is of great beauty. You can also admire the gothic door that leads to the chapterhouse. 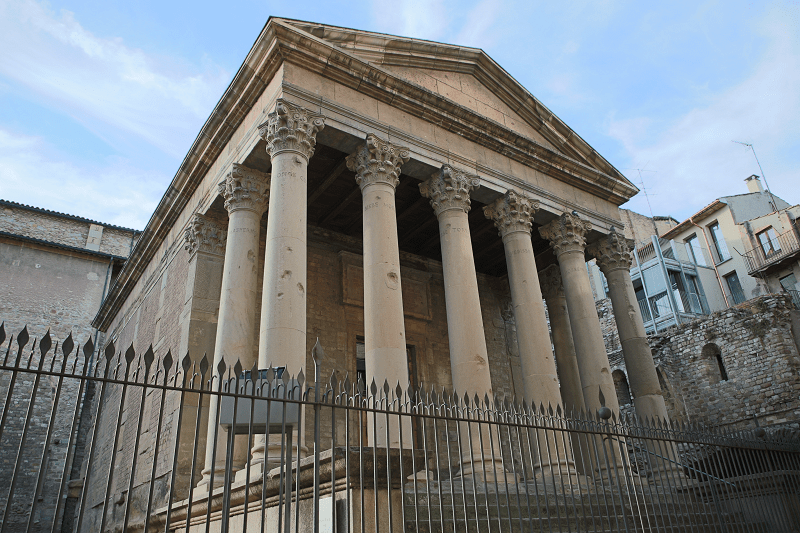 The council seminary was started in 1635 by Gaspar Gil and was finished, by order of the Holy Father, Benedict XIV, by the bishop Manuel Muñoz Guil in 1748. The modern seminary is located in the former school of the Jesuits. Some of the priests who have formed them have had a lot of call, such as the philosopher Jaume Balmes and the poet Jacint Verdaguer, author of L’Atlàntida. The episcopal palace was destroyed in the War of the Harvesters and was not completely rebuilt until the time of Bishop Francesc de Veyán i Mola, at the beginning of the nineteenth century. The seminar also houses the Vic Archaeological Museum. 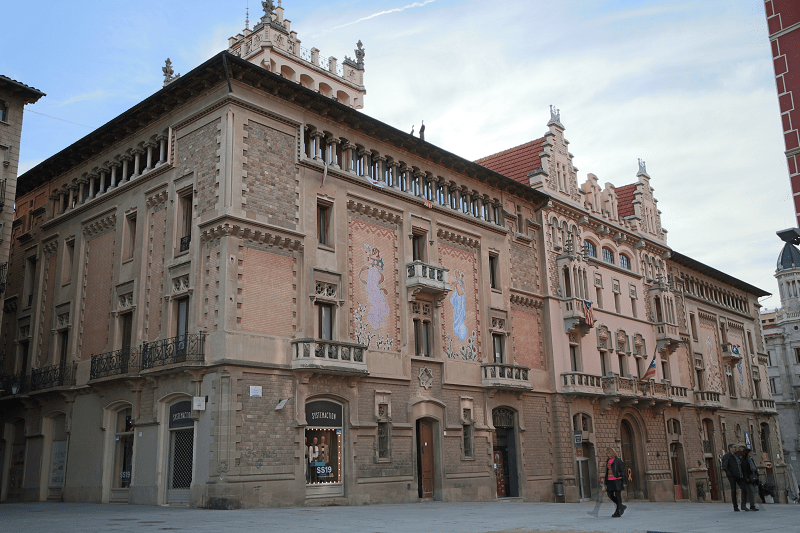 The Episcopal Museum of Vic (MEV) (Museu Episcopal de Vic) is a medieval art museum specialized in liturgical art, painting and sculpture from the Gothic and Romanesque period of Catalonia, located next to the Cathedral of Vic, in the Osona region. It is declared a museum of national interest by the Generalitat de Catalunya. The Vic Episcopal Museum was inaugurated by the bishop Josep Morgades i Gili in 1891, gathering the effort made by a group of intellectuals and clergy of Vic from the Renaixença era to recover the Catalan artistic heritage and For more than a hundred years, it has continued its mission of conserving, studying, exhibiting and disseminating its funds of exceptional value that have been located in a new building tailored to the collections since 2002. 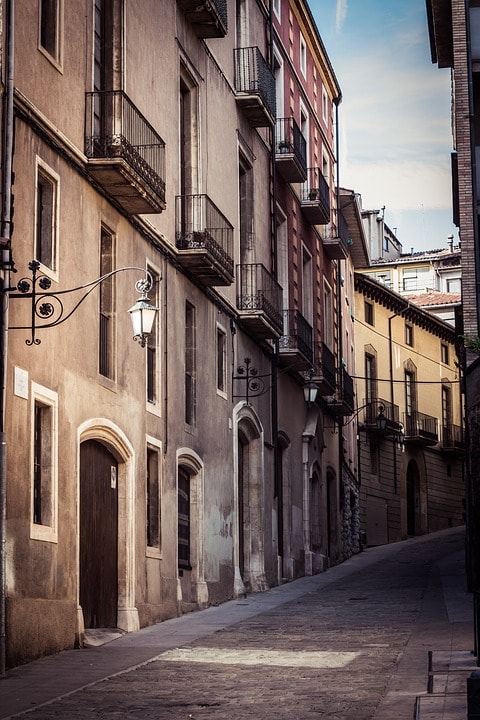 Vic is in full swing renaissance. From 2010 until 2013, the city opened two giants (Llucià i Mercè) and two giants (Muley-Abbas and Ermessenda); The latter are dressed as they were before the current centennial giants of Vic, the Counts of Osona, but in a scroll-like version.

On July 5, Sant Miquel dels Sants (Festa Major) is celebrated, which has become a national interest. In 2016 Vic became the capital of the Catalan Culture, and Vic demonstrates in Catalonia that its popular culture has been revived. Hundreds of people attend the event and every year the number is increasing. During the days of Sant Miquel dels Sants, there is a mass celebration of the Festa Major, where the three heads of Llúpia each represented by a color (green, black and red), along with hundreds of people, travel around the city and then all three meet on the Cathedral Square where there is a very sentimental and festive atmosphere. The day of Lluïment occurs on July 5, with the smell of lavender on Carrer Sant Miquel, L’Àliga, Giants Comtes, Giants Pubills, Giants, Cotonins, Bou and Mulassa and along with the grallers, the Municipal Band of the City of Vic, and the Cobla.

The city is famous for sausages, among which the sausage of Vic stands out, although the best known is one of its commercial variants, the whip (el fuet). It should be noted that the pork became the basic food of the Viennese and Osona cuisine mainly thanks to the environmental characteristics of the area, which makes regional products such as unique and characteristic llonganissa or botifarra.

There are about 20 restaurants in the city of a good quality and competitive prices, mostly inside the Old City.

Shopping in Vic is not a priority on the tourist program. Only on weekends city bazaars and fairs, which traditionally take place on weekends or on some public holidays in the main square, can be of tourist interest. At the fairs, in particular, you can come across exclusive products grown in the region. Among them are some well-known wine and cheese brands in Spain. 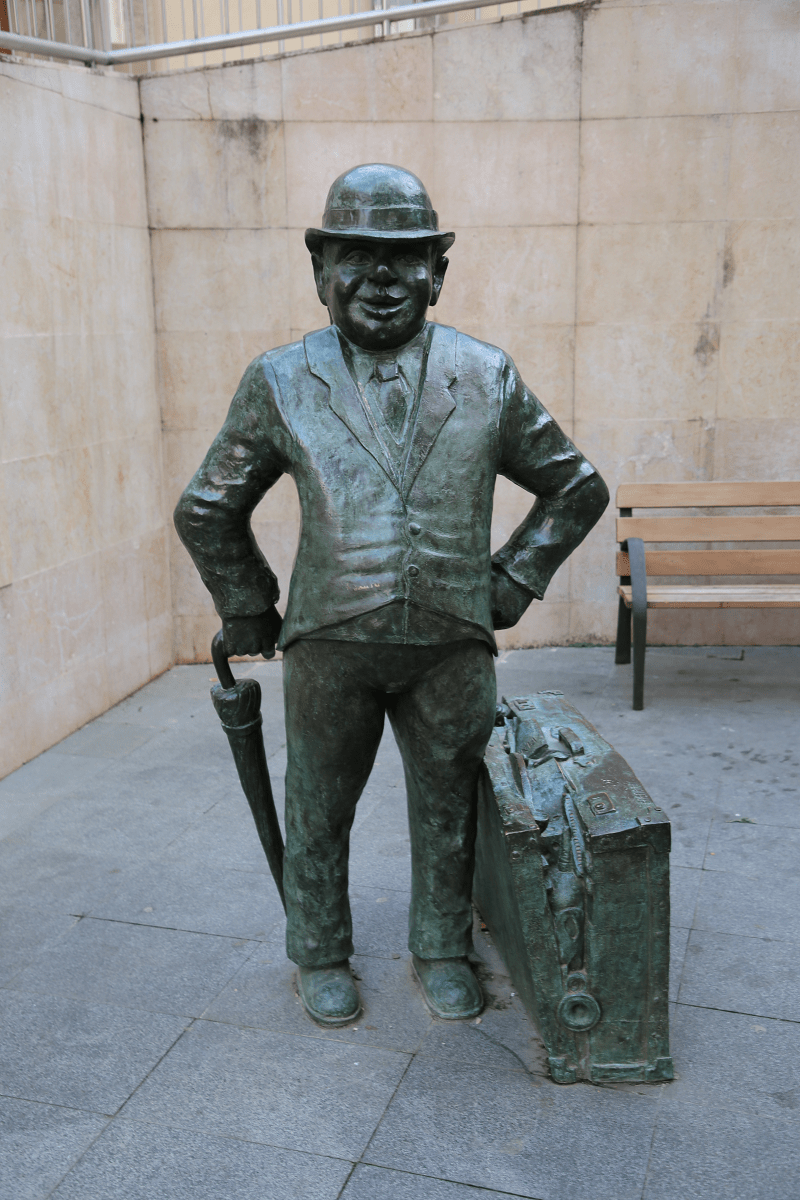 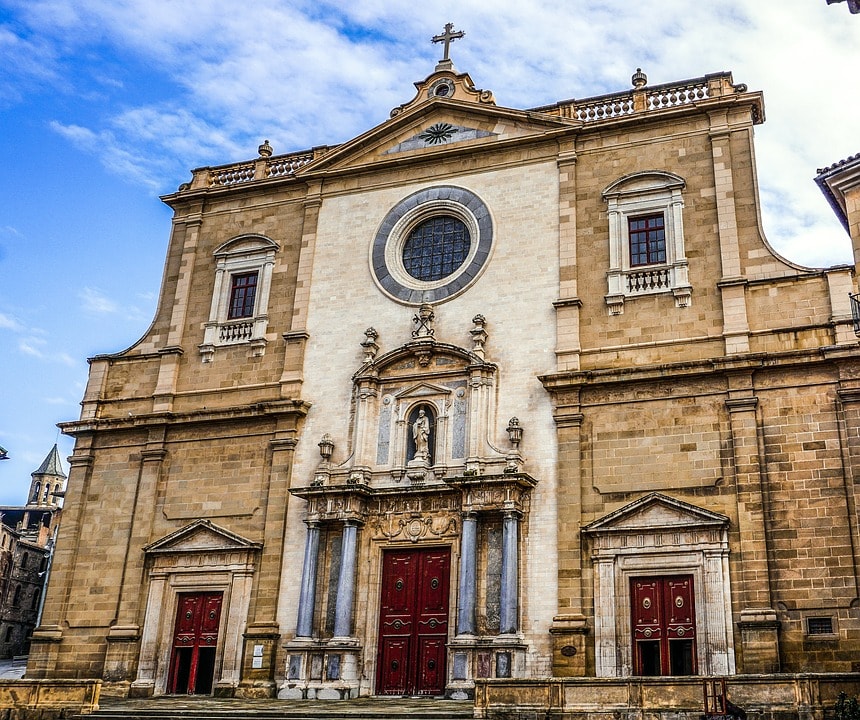 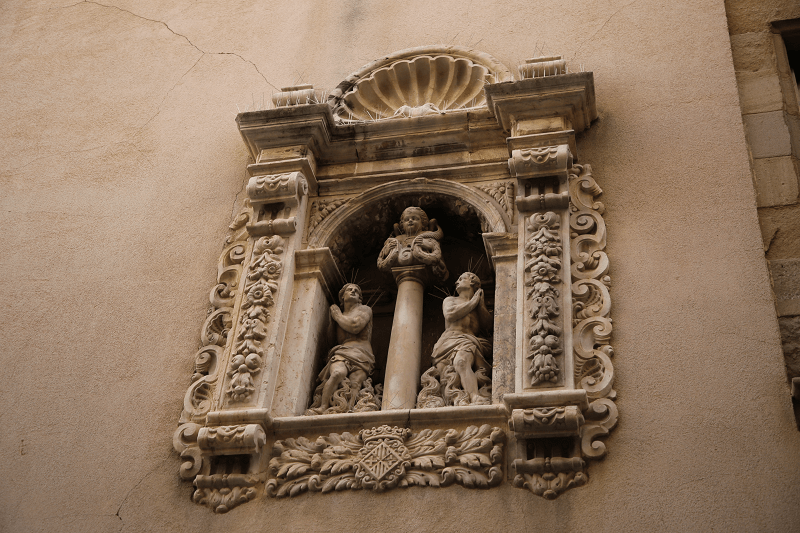 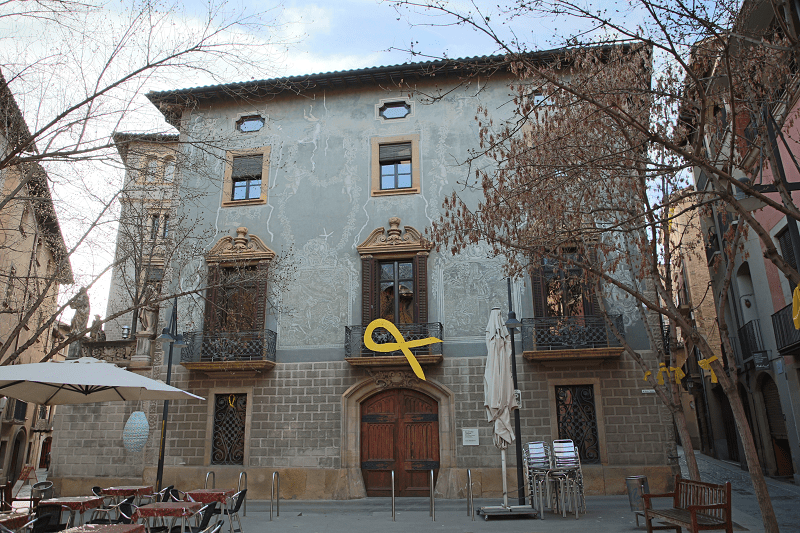