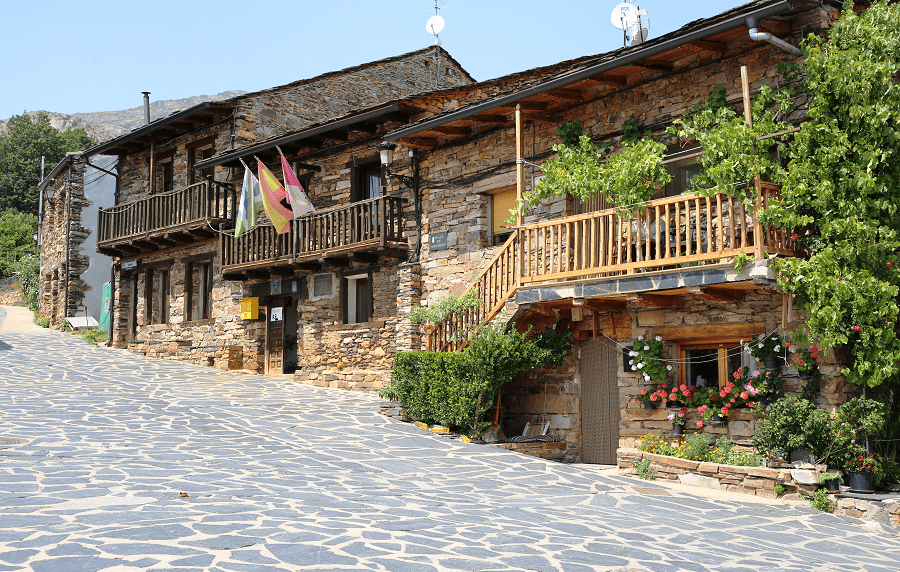 Valverde de los Arroyos is a municipality located in the province of Guadalajara, Castile-La Mancha, Spain.

Since 2013 Valverde de los Arroyos has been a part of the network “The most beautiful towns in Spain“. 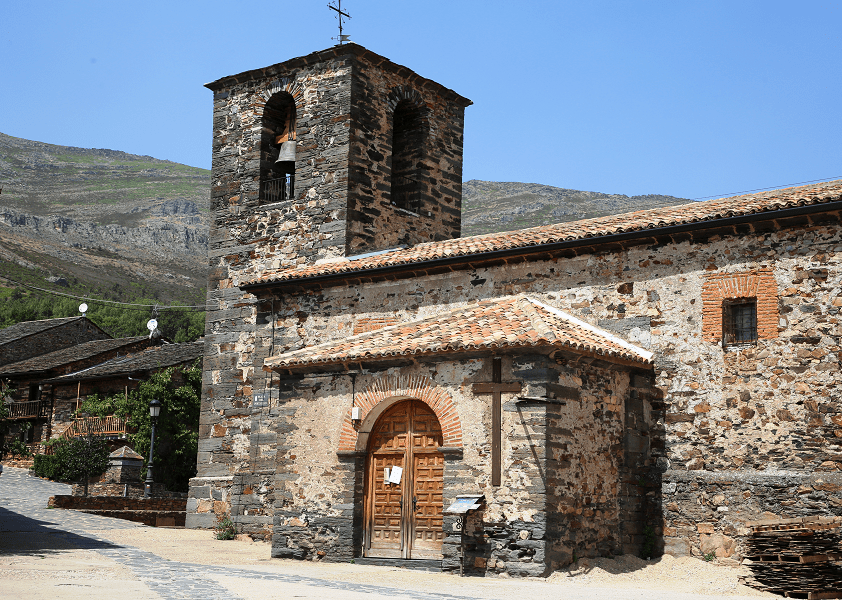 Valverde de los Arroyos is one of the most emblematic towns of Black Architecture, with the peculiarity that its buildings have a striking and peculiar golden tint, because in addition to the traditional black slate and wood, the so-called gneiss stone, a quartzite that, when reflected in the sun’s rays, gives off a truly spectacular special luminosity. 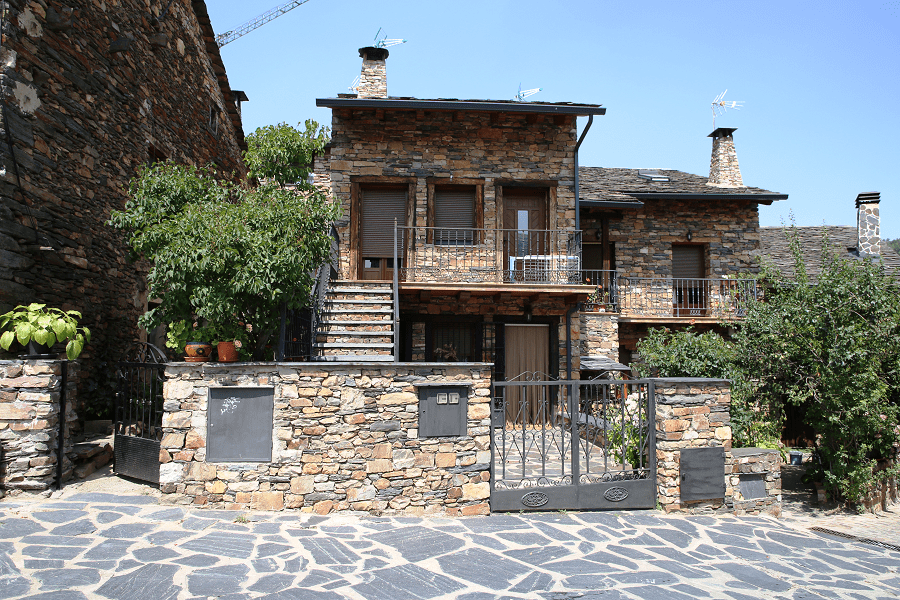 This constructive singularity is typical of the towns located on the west slope of the Ocejón peak, such as Valverde de los Arroyos, Almiruete and Palancares. 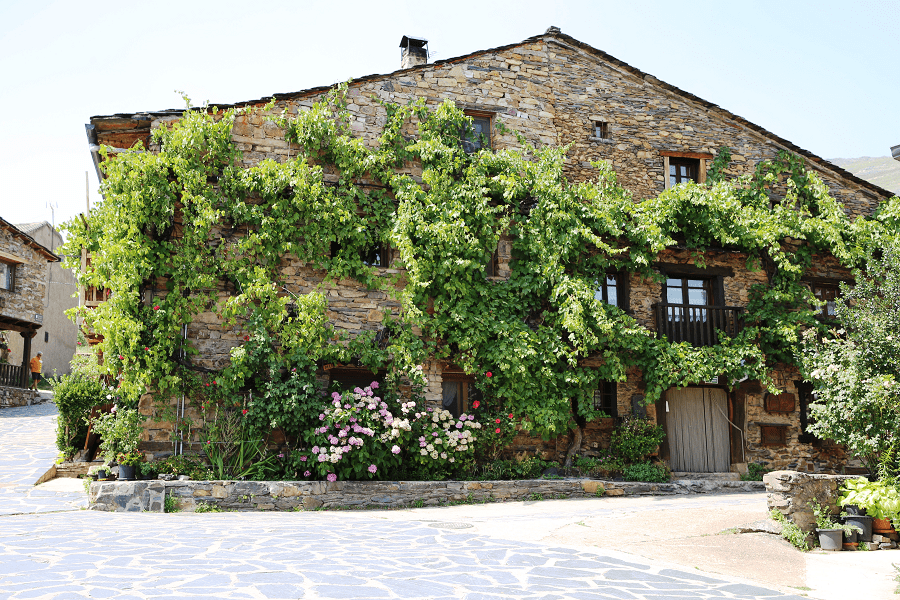 The town is located in one of the most beautiful valleys in the province of Guadalajara, in a very high cirque formed by the Ocejón peaks. Numerous streams that surround the town descend from these heights and even give it its name. 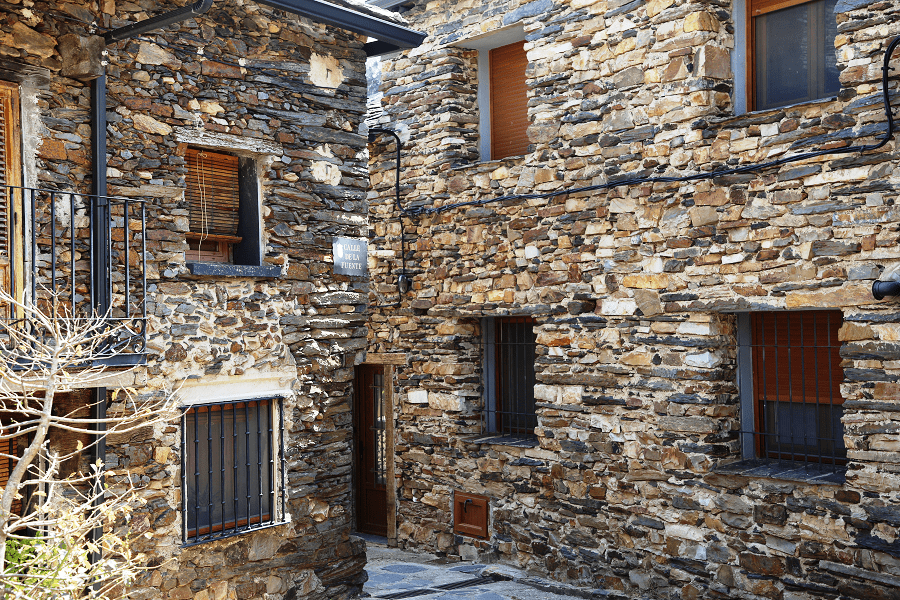 Terraces occupied by small orchards, thick oak forests and jara bushes make up the natural landscape of its surroundings, in whose vicinity we cannot miss the impressive place of Chorrera de Despeñalagua, a spectacular waterfall of about 80 meters in height, which comes from the Arroyo de la Chorrera, a tributary of the Sorbe River on the northern slopes of Pico Ocejón. 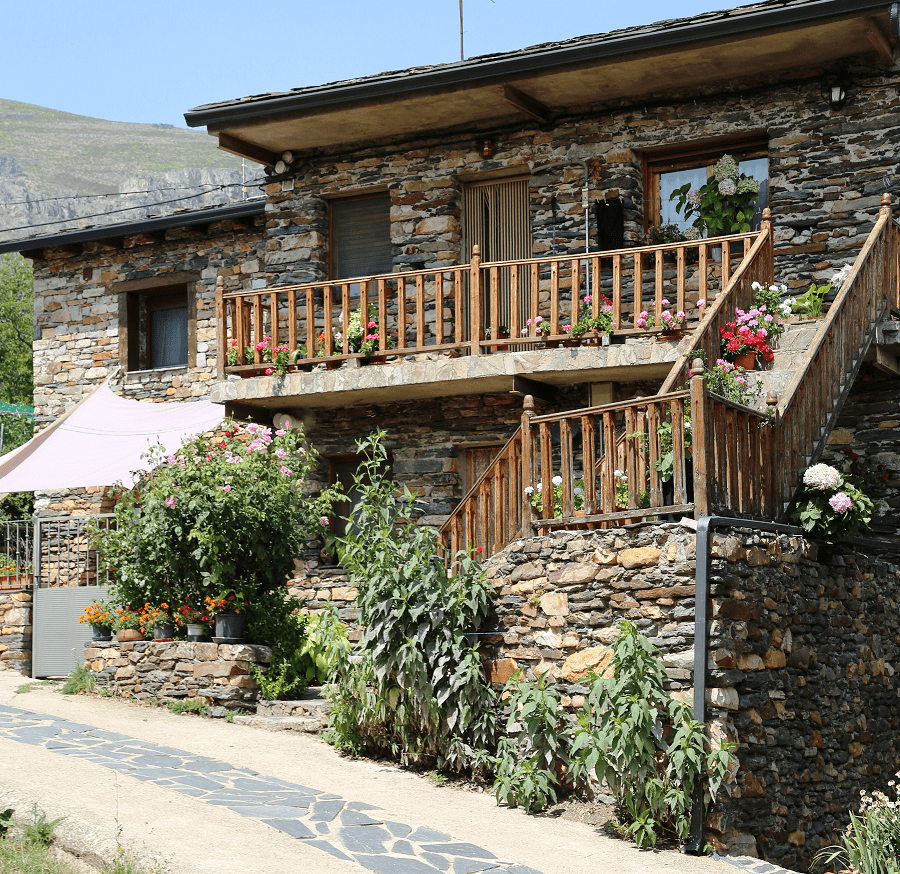 In its architectural complex, the Parish Church of San Ildefonso, XIX century, a typically mountain construction that keeps inside a magnificent processional cross from the 16th century, an extraordinary Renaissance work of goldsmithing. 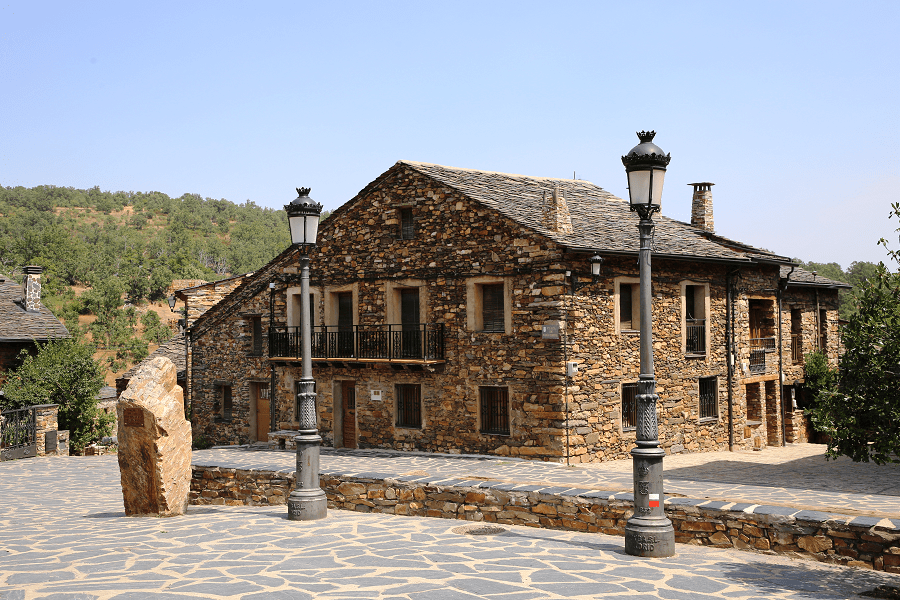 In its urban area we also find the Ethnographic Museum, a sample of the textile strength that the town had until the middle of the 20th century. 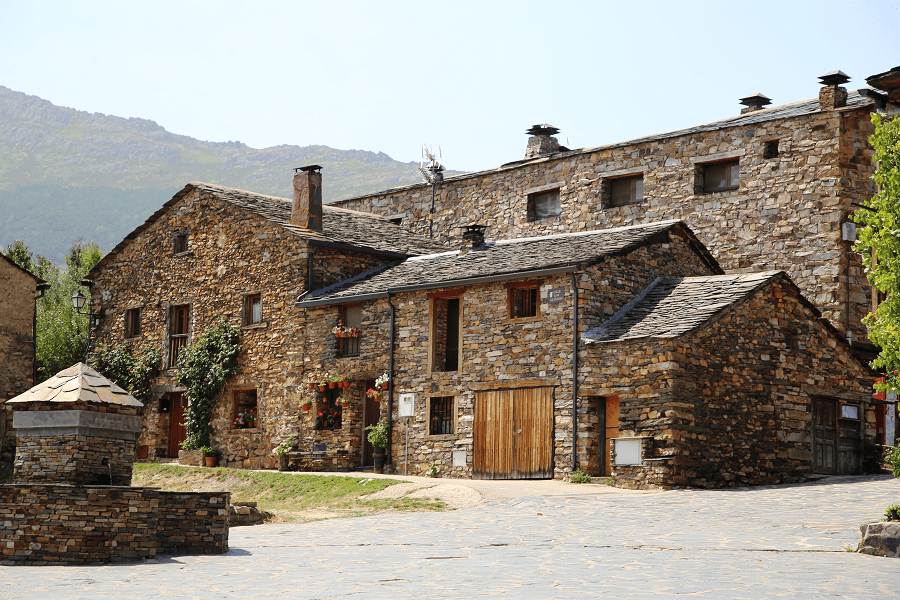 In its heritage of traditional culture it is necessary to highlight the ancestral Dances to the Blessed Sacrament in the Octava del Corpus. This festival, declared of Regional Tourist Interest, is celebrated on the eighth Sunday after Corpus Christi. 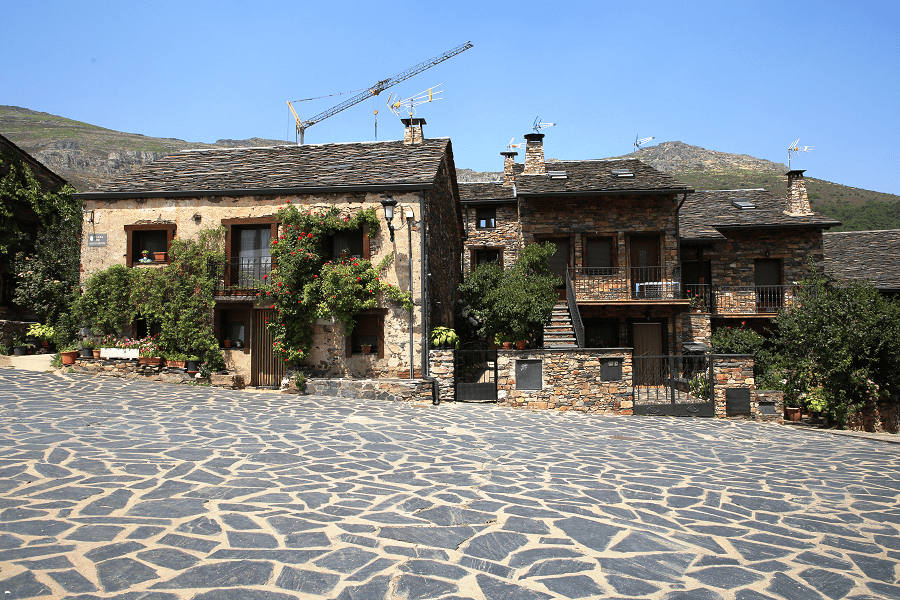 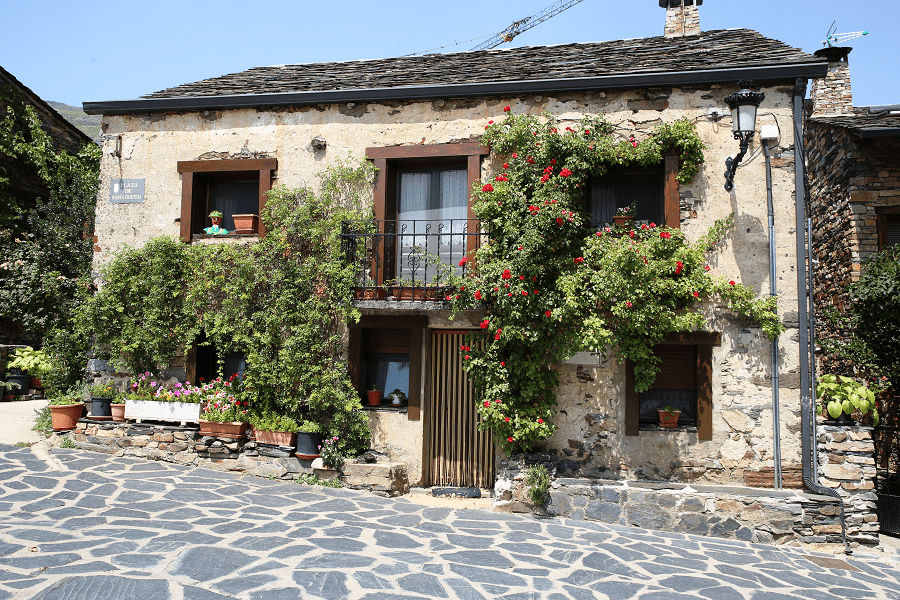 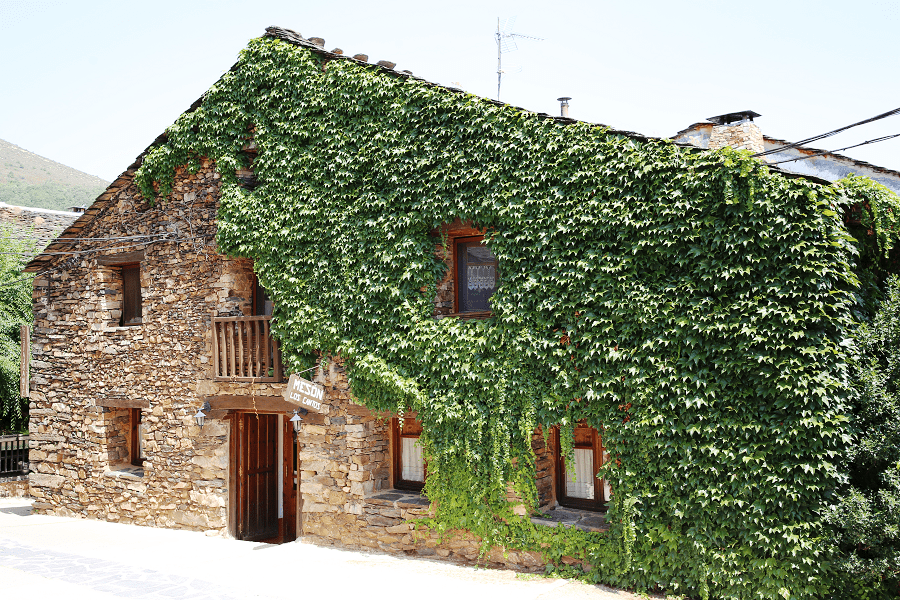 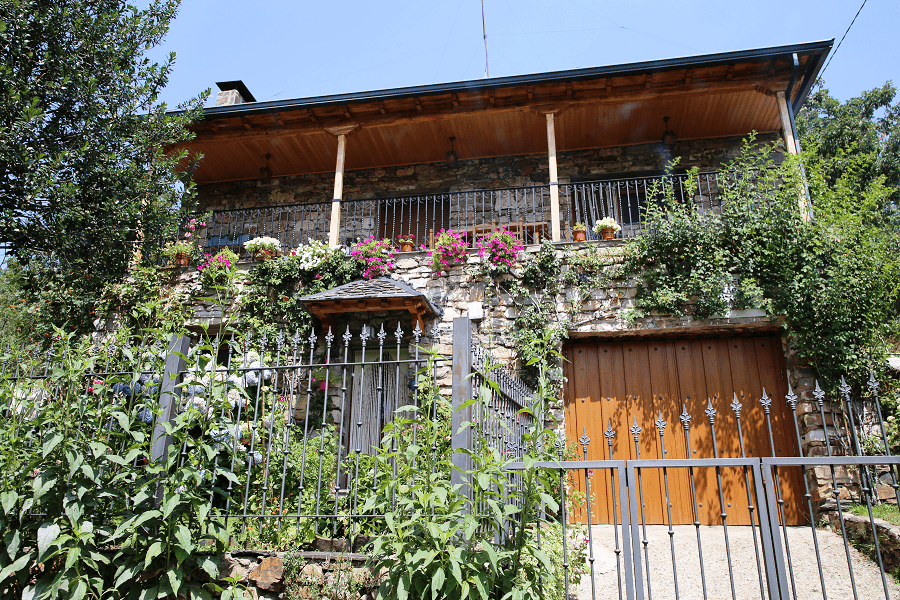 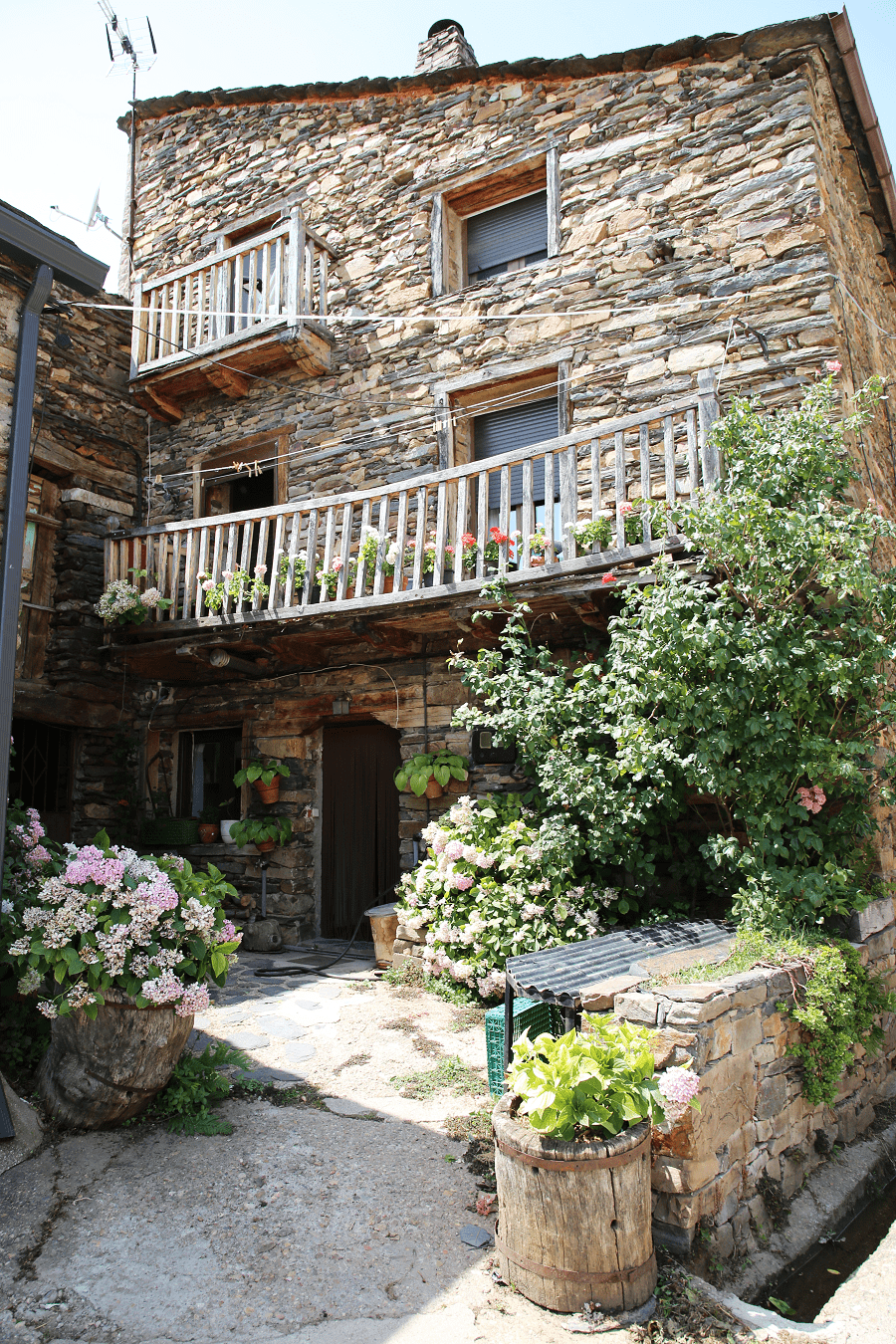