Tudela is a municipality in Spain, the second largest city of the autonomous community of Navarre and a former Latin bishopric.

The Cathedral of Santa María (Santa María la Mayor) is a late-Romanesque temple, inspired by Cistercian architecture, of large dimensions, that began to be built at the end of the 12th century during the reign of Sancho VI el Wise, passing the witness to his son Sancho VII the Strong, who in turn passed it on to his nephew Teobaldo I. He used some of the foundations of the Great Mosque of Tudela (9th to 11th centuries). As the orientations of the two temples did not coincide, the mosque was demolished to build the new temple and only some of its foundations were used. 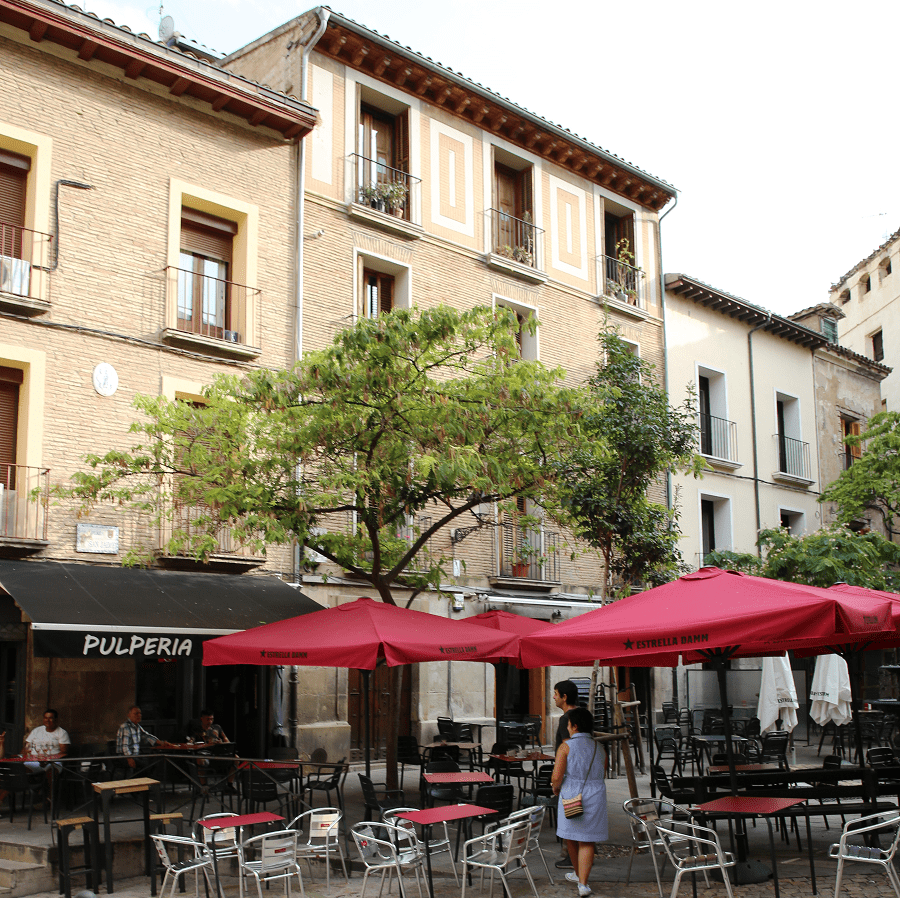 The Church of La Magdalena is the greatest exponent of Romanesque architecture in Tudela. Its construction dates back to the mid-12th century (Romanesque). Over the centuries it has undergone numerous renovations. According to some experts, the construction stands on an old Mozarabic church. It is located between Portal, Caldereros and Fosal streets in the Old Town of Tudela. 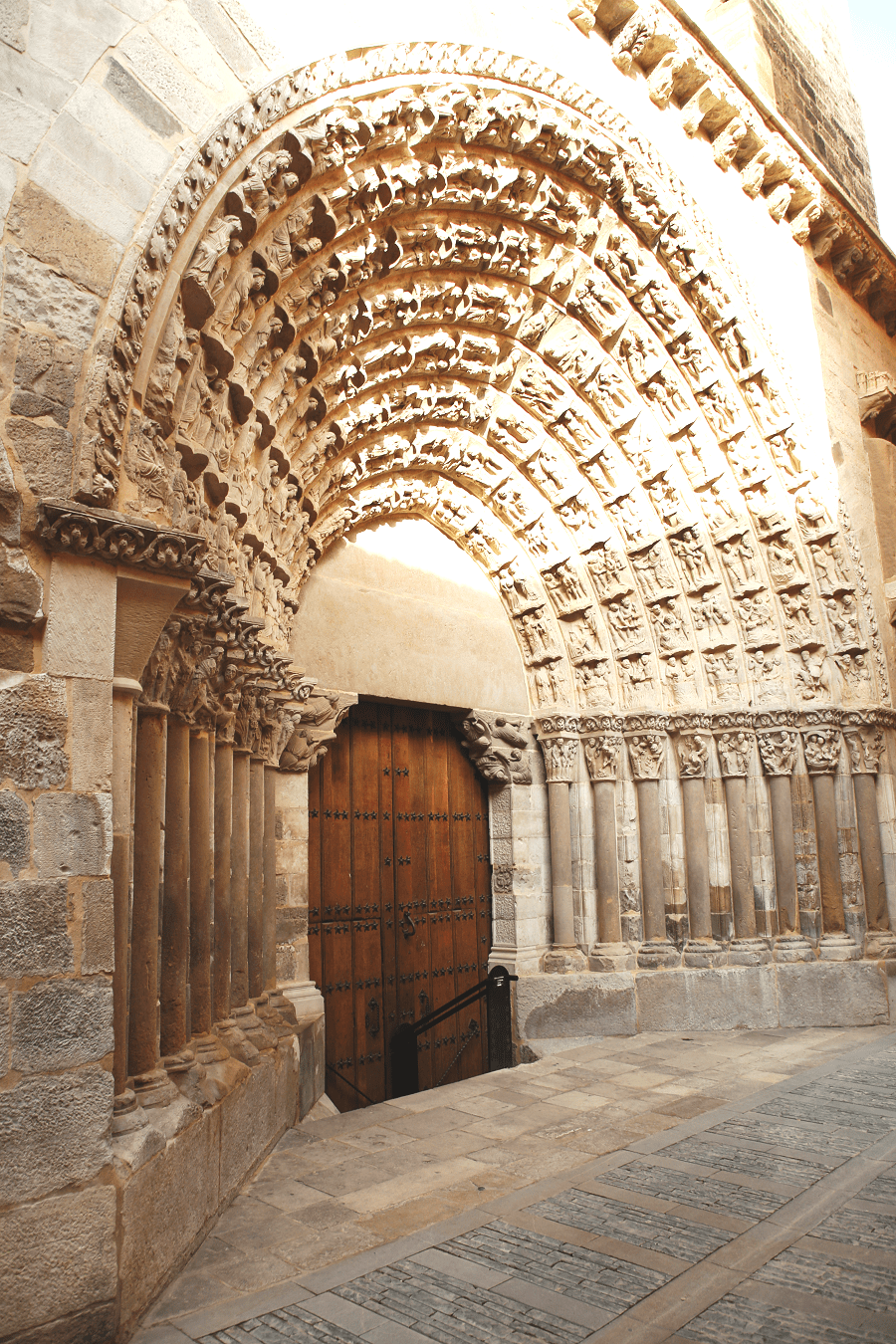 The church of San Nicolás de Bari de Tudela was one of the most outstanding Romanesque temples in the city, whose existence dates back to the first half of the 12th century. It was rebuilt in the 18th century with its current Baroque style. It is located between San Nicolás and Serralta streets in the Old Town. This is where Sancho VII el Fuerte was buried, although two years later he was definitively transferred to Roncesvalles. 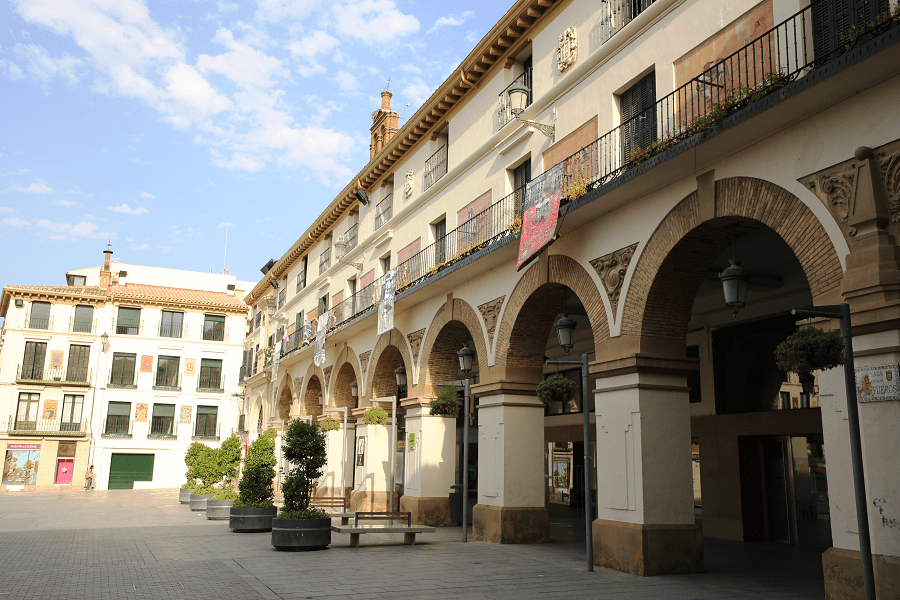 The church of San Jorge el Real is a 17th-century Jesuit Mannerist style church located in Plaza Mercadal, on the corner of Calle Pasaje, in the Old Town. It was a church of the Jesuits, until that was ceded to the parishioners of San Jorge, becoming San Jorge el Real for having belonged to the crown. The old cloister or courtyard of the Jesuit college is currently the headquarters of the Castel Ruiz Cultural Center. 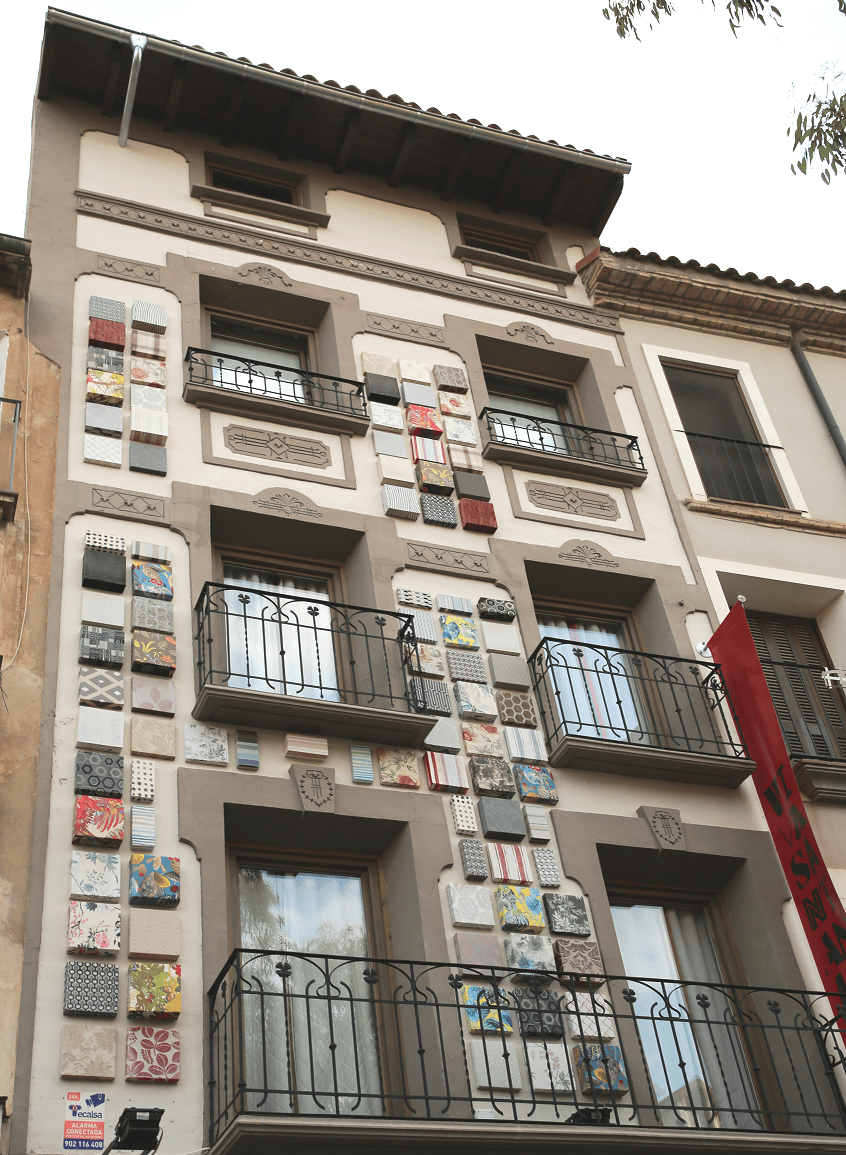 The church and convent of Carmen is a temple from the end of the 16th century, in Mannerist style, located on the corner of Gayarre and Carmen Alta streets in the Old Town. 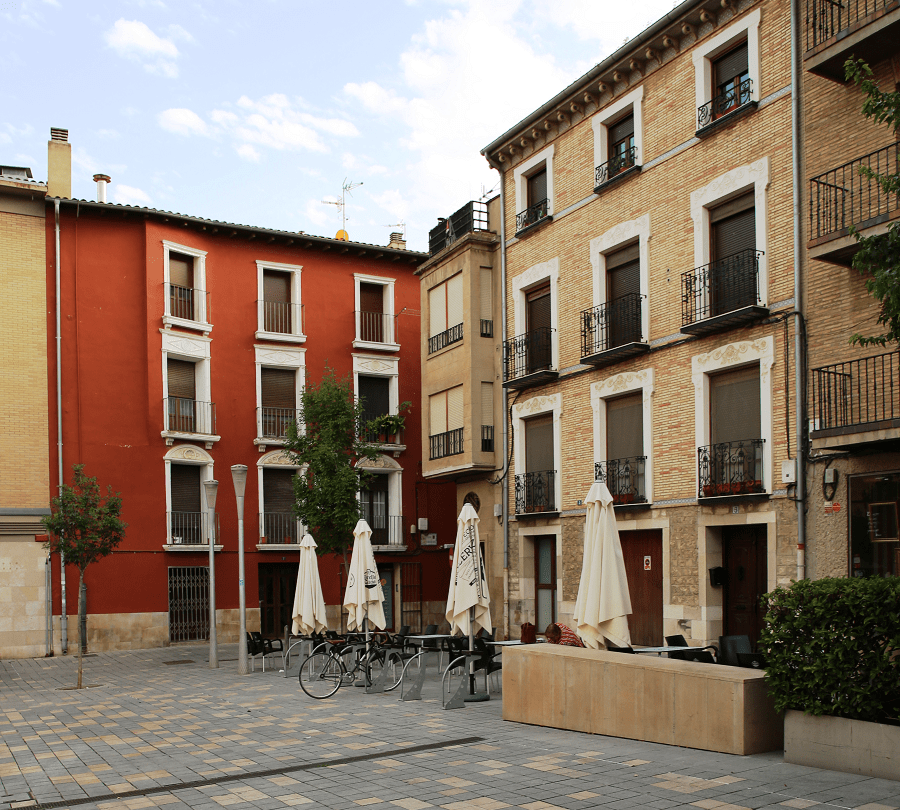 The Palacio Decanal or Palace of the Dean of Tudela is a brick building from the end of the 15th century in the Gothic-Mudejar style, located on La Merced street in the Old Town, next to the Cathedral. Today it houses the Museum of Tudela. 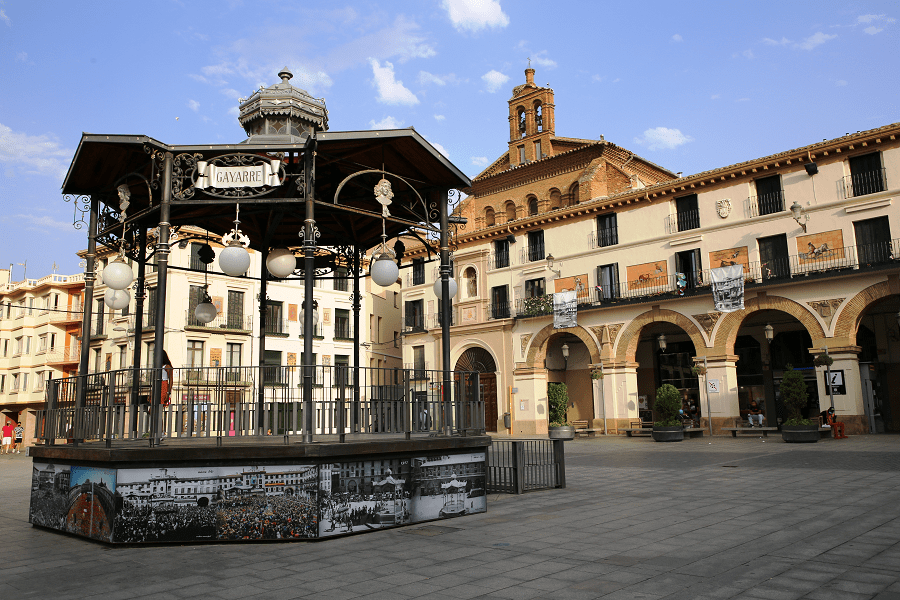 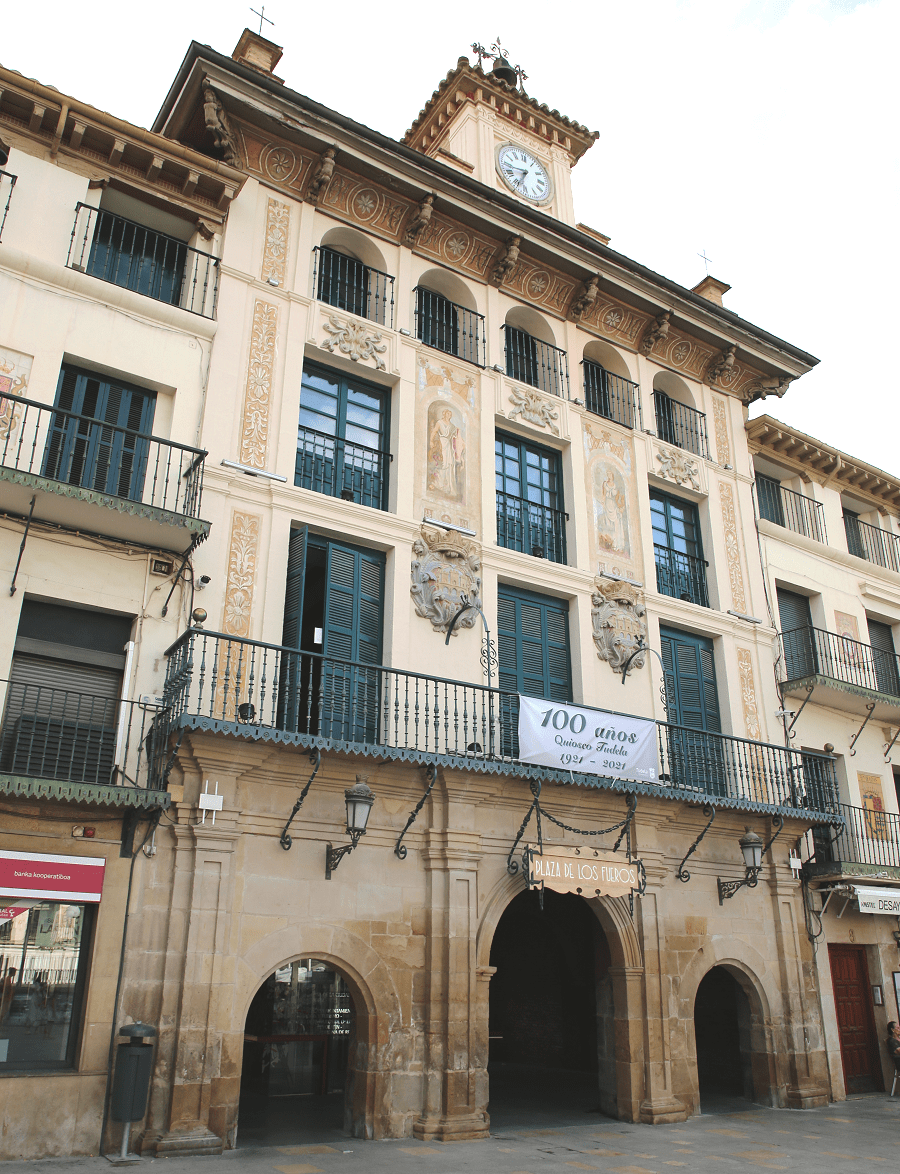 The palace of the Marqués de San Adrián, located on Calle Magallón in the city’s Old Town, is a Renaissance palace from the first half of the 16th century. 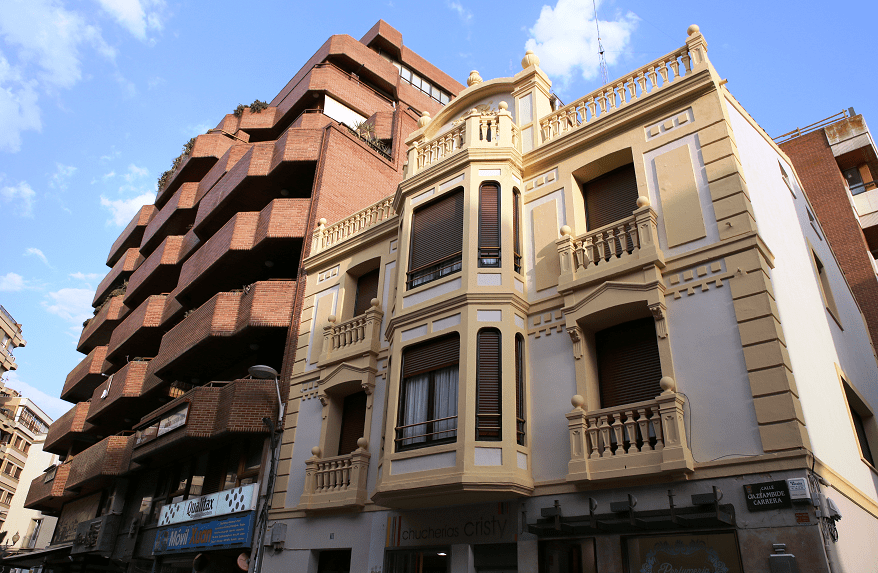 The palace of the Marqués de Huarte is a splendid baroque palace from the mid-18th century. It has two facades, in Mercadal street and in Las Herrería. It is located in the Old Quarter of the city. It currently houses the Library and the Municipal Archive. 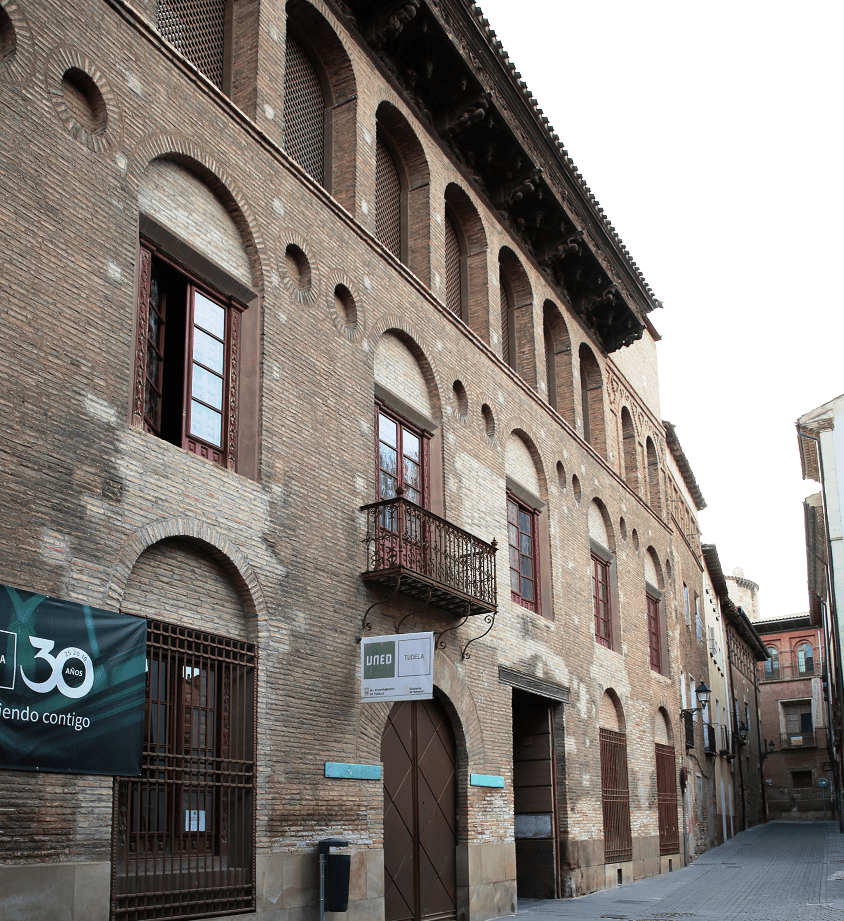 The Casa del Almirante, or Palacio del Almirante, or Palacio de los Cabanillas Berrozpe, is a building of civil architecture, one of the most interesting Renaissance palace in Spain from the mid-16th century. It is located on Rúa Street, in the Old Town of the city, next to the back of the town hall building, and is currently the headquarters of the María Forcada Foundation. 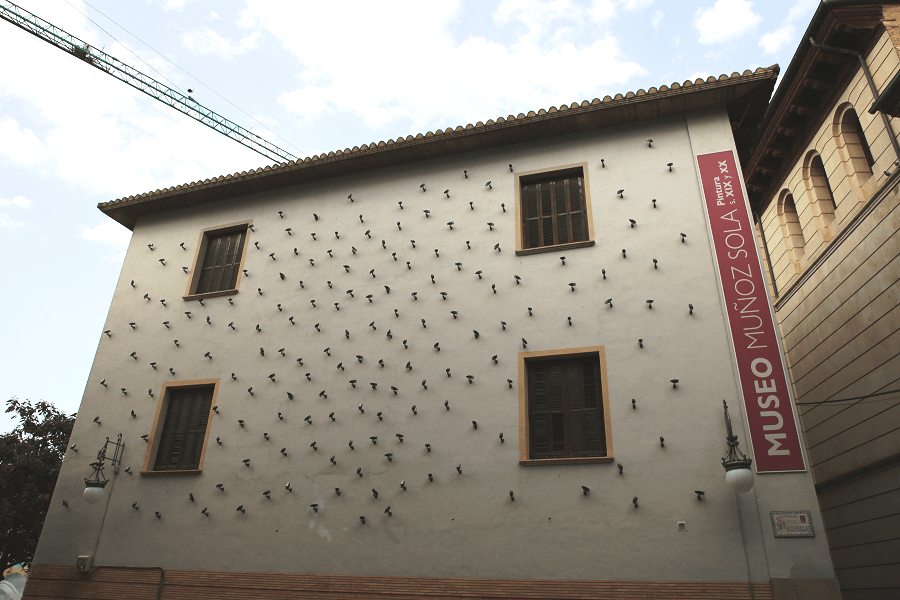 The Casa de los Ibáñez de Luna or Casa de los Señorena is a 16th century Renaissance mansion, located on Calle Rúa in the Old Town, near the Church of San Nicolás. 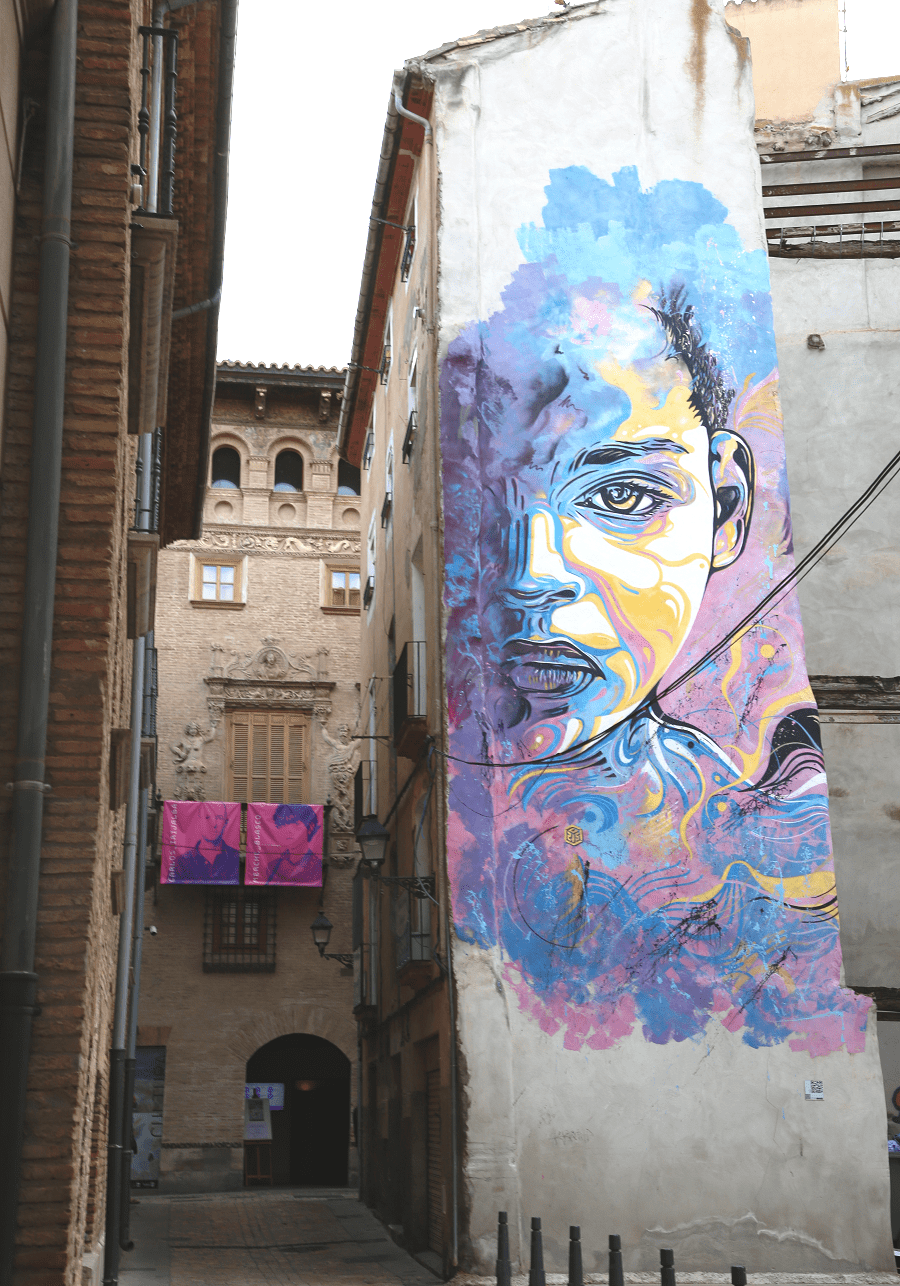 The Royal House of Mercy was an 18th century mansion, of whose initial structure only the neoclassical façade remains. It is located on Calle de Misericordia in the city, and has currently been completely remodeled to be used as a four-star hotel. 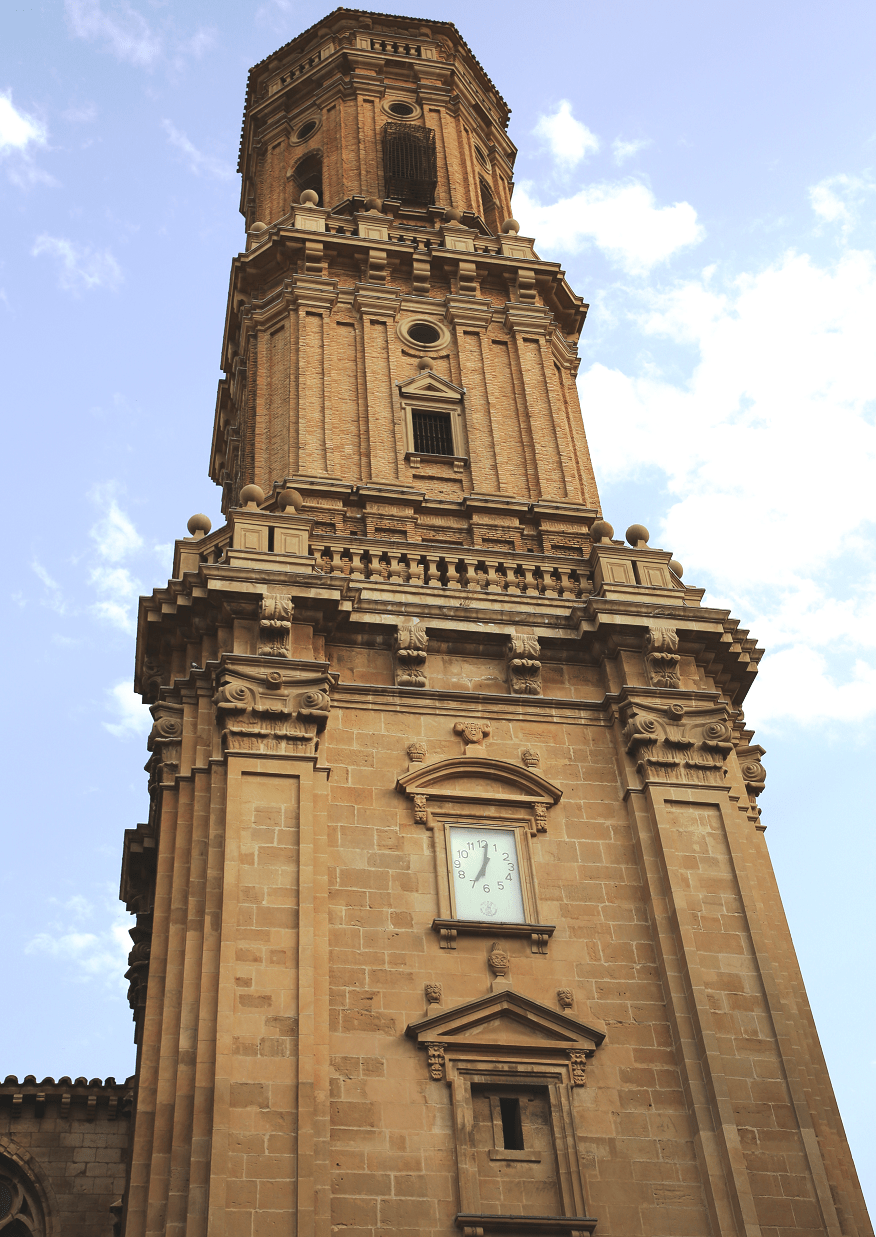 There are two museums in the city: 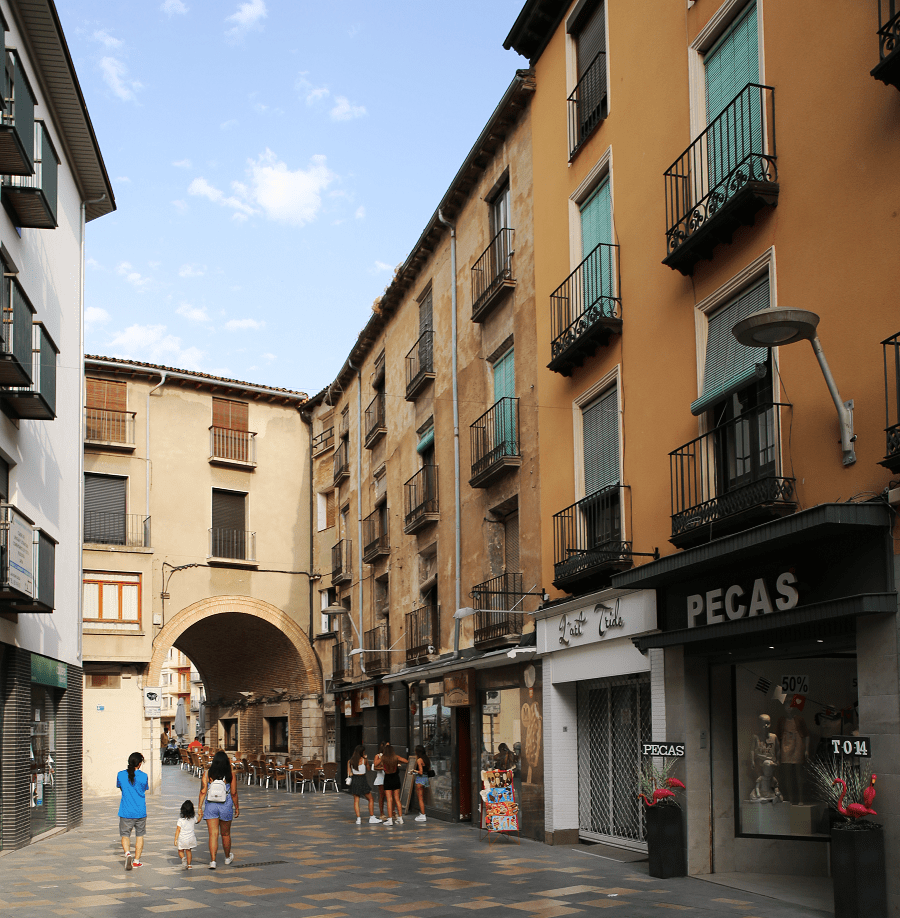 The Days of Exaltation and Festivals of the Vegetable are celebrated in the Navarra de Tudela locality during ten days, generally in the first fortnight of May or from the end of April. 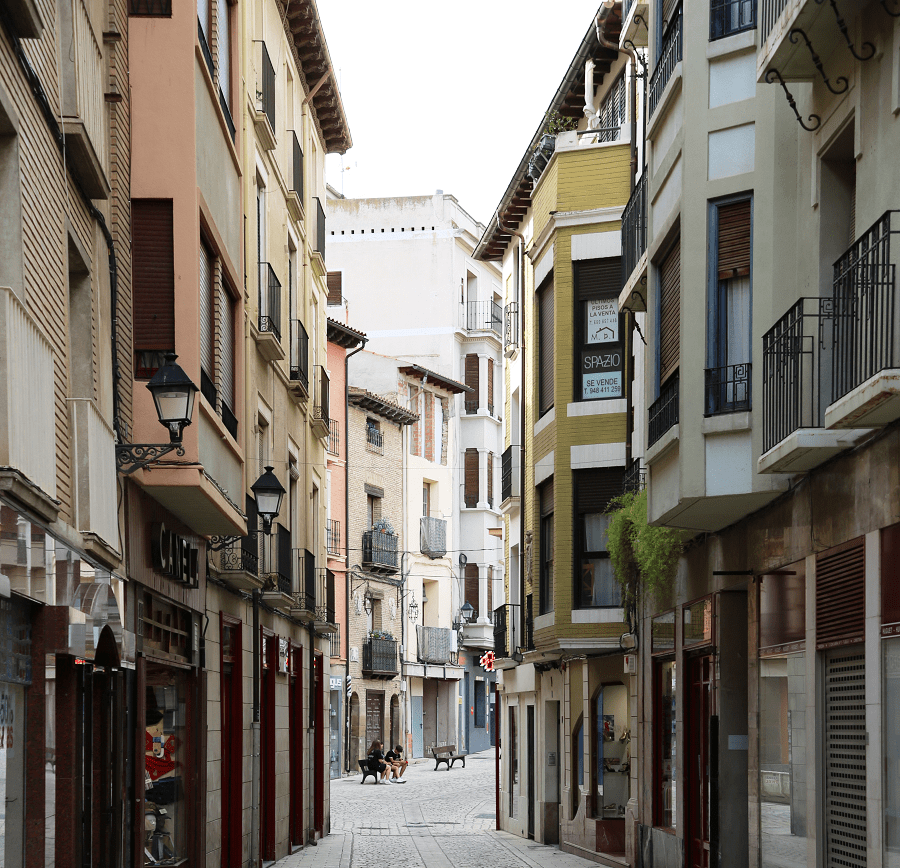 Its origin is in the “Week of the Vegetable” that began to be organized in the 80s. In the current format it has been developed since 1994 (this year the twentieth edition is celebrated). They were declared Fiestas of National Tourist Interest in the year 2011. There are hundreds of events that take place before, during and after the Days of Exaltation and Festivals of the Vegetable since Tudela and its fertile orchard allow to enjoy different seasonal products. 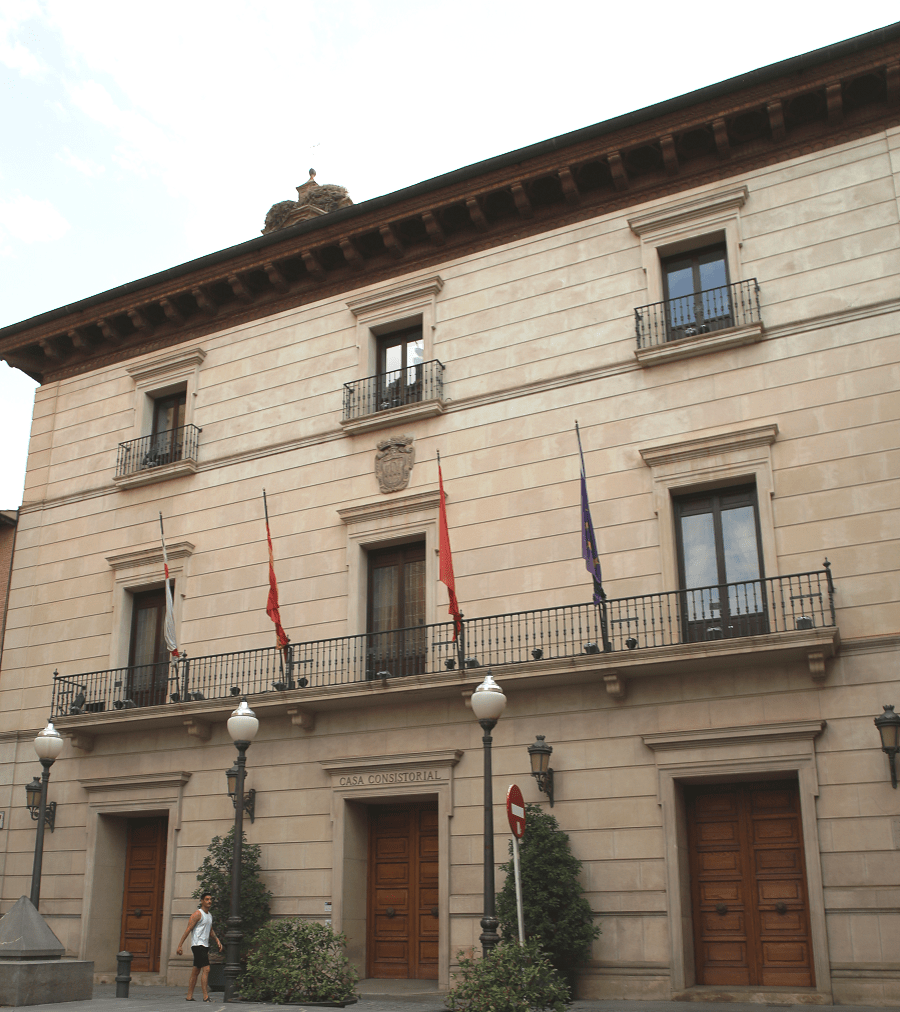 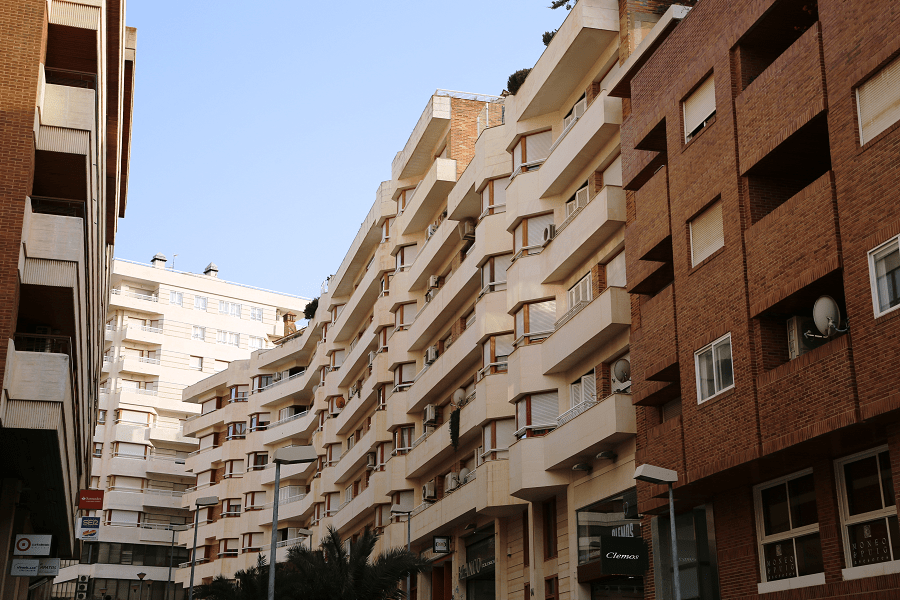 The town is served by the Tudela de Navarra railway station on the Casetas–Bilbao railway. 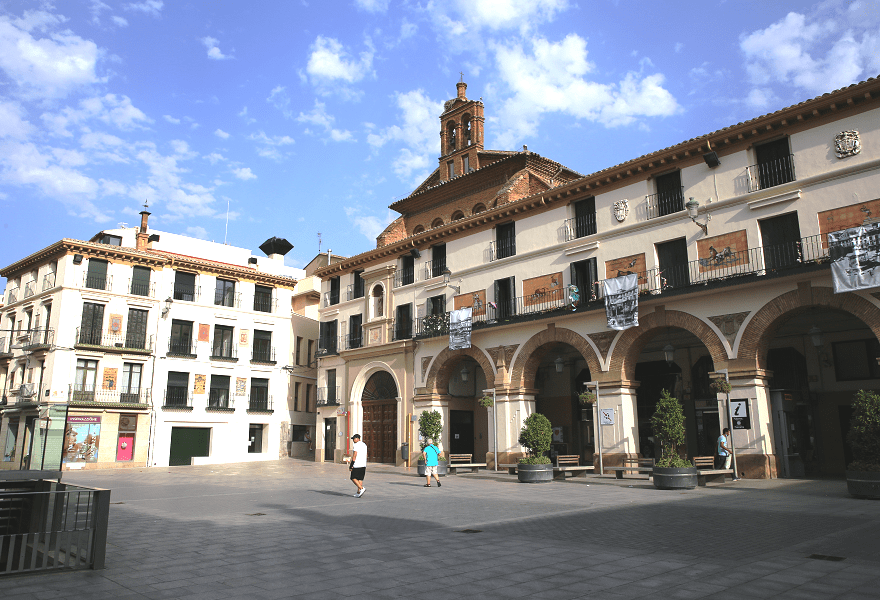