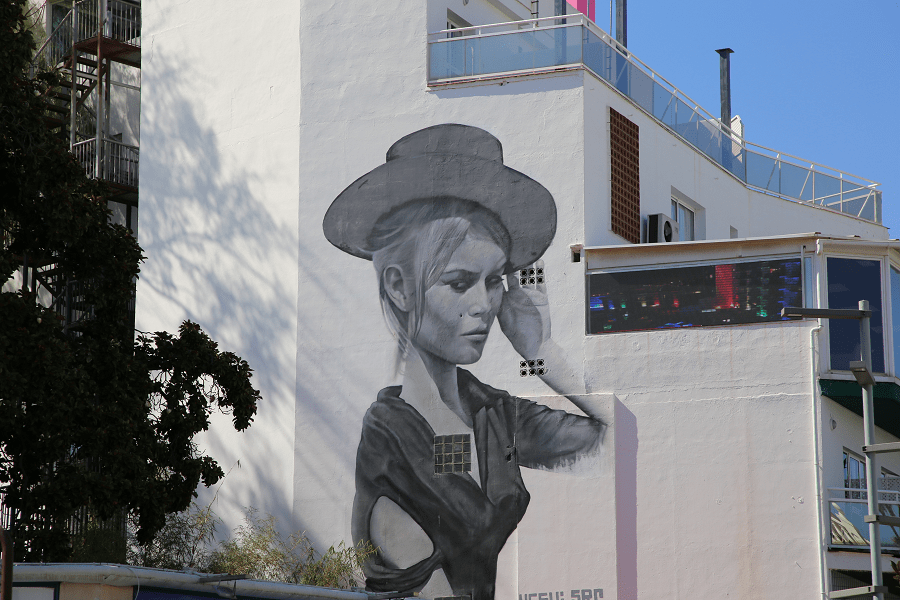 Torremolinos is a municipality in Andalusia, southern Spain, west of Málaga. A poor fishing village before the growth in tourism began in the late 1950s, Torremolinos was the first of the Costa del Sol resorts to be developed and is still the most popular in the region.

In the 1950s, Torremolinos, a small fishing village that, since 1924, was part of the city of Malaga, became one of the main tourist destinations for sun and beach in Spain, the first in Andalusia and on the Costa del Sol. The influx of foreigners, intellectuals, bohemians, hippies, artists, aristocrats, jet-set personalities and tourists in general during the 1960s and 1970s created a liberal, permissive and cosmopolitan atmosphere that differentiated it from other areas of the Costa del Sol, becoming one of the main references for musical and nightlife in Spain. 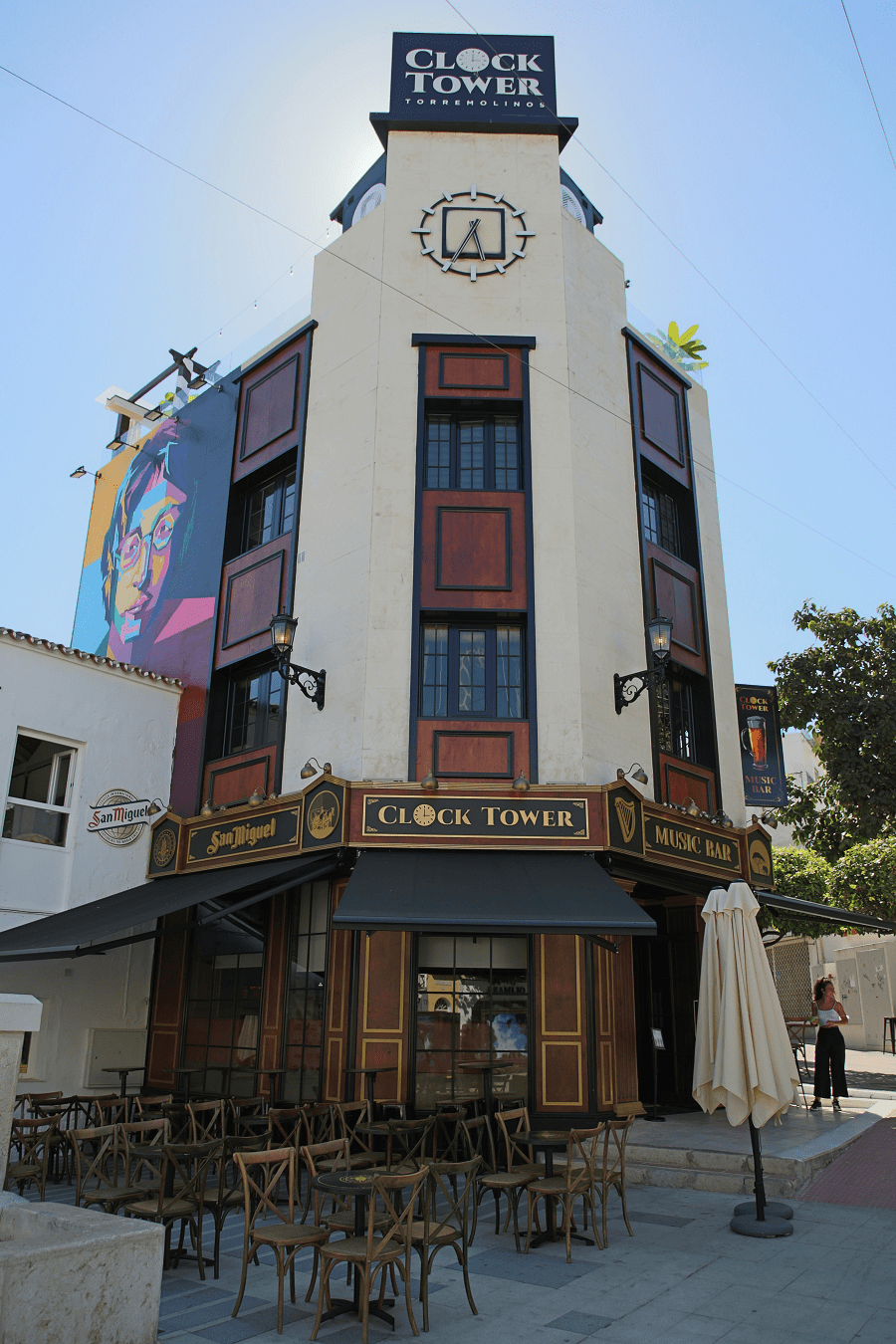 Areas of the town are dotted with older high-rise residential buildings and hotels, but height limitations on new developments and a significant number of original old town properties have kept the town centre much more open than other popular resorts such as Benidorm and Fuengirola. 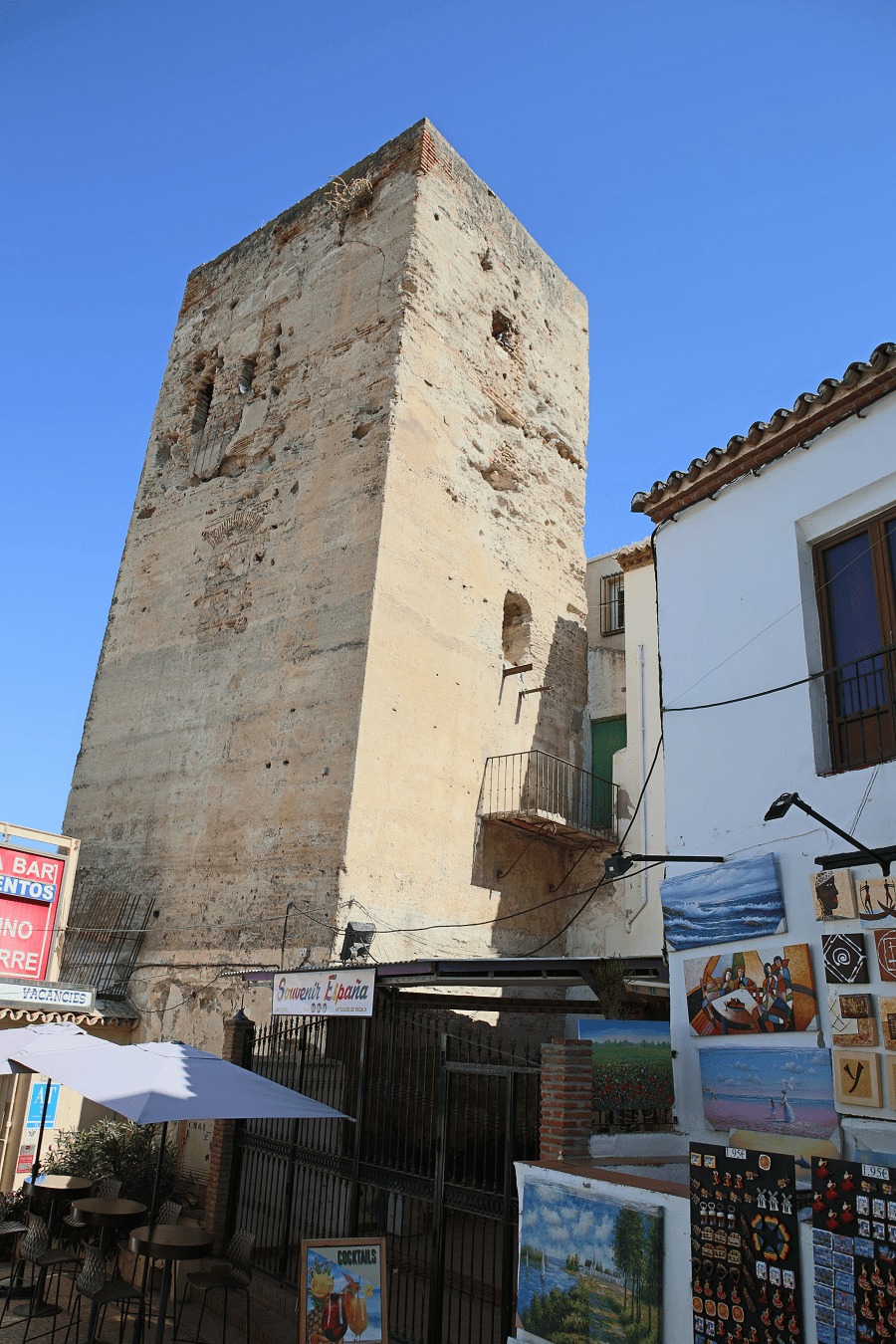 The commercial street par excellence is Calle San Miguel, located in the old town. At the end of this street is the Torre Molinos or Torre de Pimentel and not far from the Castillo del Inglés or Santa Clara. Notable buildings include the Casa de María Barrabino, which was built in the 19th century and reflects the tastes of the 19th-century bourgeoisie in Malaga, the Hotel Pez Espada, an exponent of the so-called relaxation style, and the Pablo Ruiz Picasso Cultural Center, also known as College of Orphans of Railways, which was concluded in 1935, by the architect Francisco Alonso Martos, following the progressive ideals prevailing during the Second Republic. 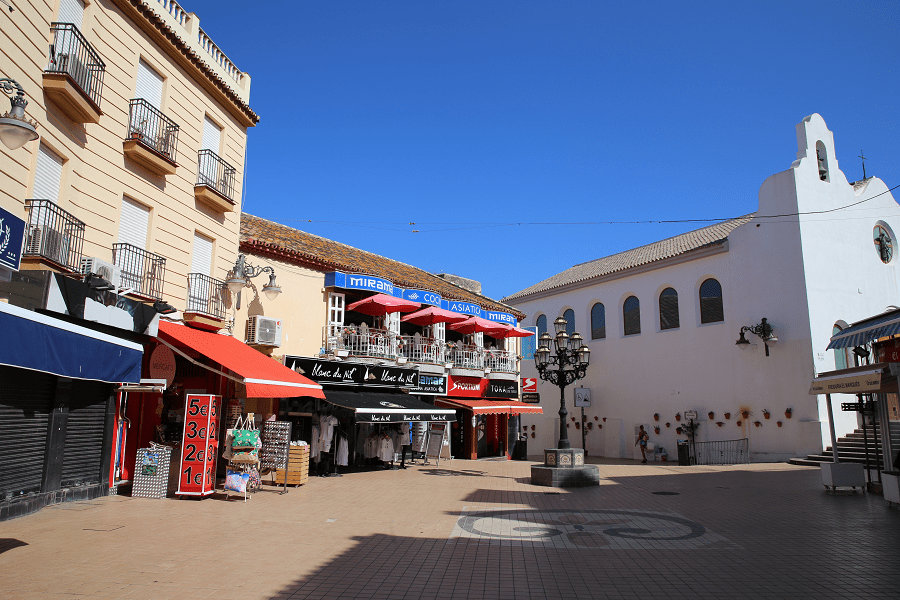 These last two named buildings have been declared Asset of Cultural Interest (BIC) since 2006 and 1990 respectively. Other buildings of interest are the Casa de los Navajas, in neo-Mudejar style, and the Church of San Miguel, as well as the Costa del Sol Conference and Exhibition Center and the Prince of Asturias Municipal Auditorium, where the biggest events of the city take place. 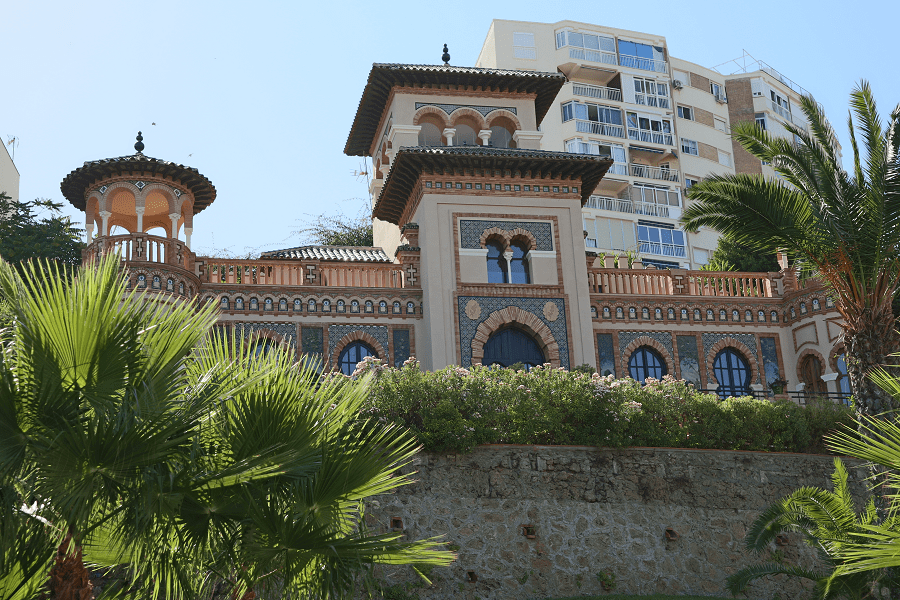 Torremolinos is home to largest water park on the Costa del Sol. Called Aqualand, it is open from May to October. Discount coupons are available at many outlets. Next door is the Crocodile Park, which is open year-round. Nearby is a large wooded area with public barbecue facilities and seating. Very popular with families, there are no restrictions on consuming alcohol. 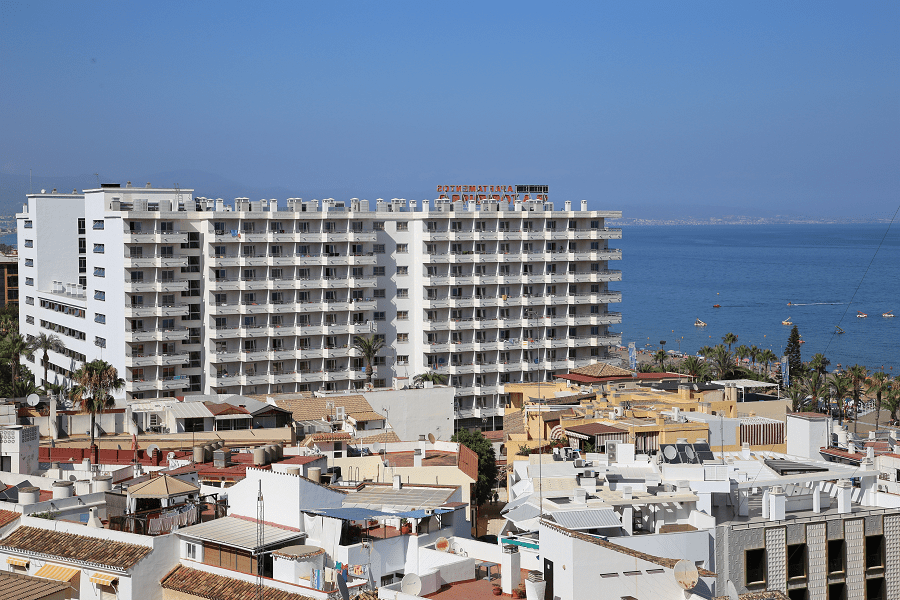 The botanical gardens “Molino de Inca”, are located next to the municipal-run Garden centre which backs onto Aqualand. Here can be seen the original buildings and mills, as well as wildlife and water features. Many wedding photos are shot here.

The main tourist attraction in Torremolinos are its beaches. The municipal term has almost 7 kilometers of coastline, its main beaches are Los Álamos, Playamar, El Bajondillo, La Carihuela. These are urban beaches accessible from the Paseo Marítimo. In general, they are of dark sand and moderate waves and present a high level of occupation during the summer months. The most popular are the beaches of El Bajondillo and La Carihuela, located in the urban center. The first is more than a kilometer long by 40 meters wide. La Carihuela is approximately the same width and about 2 kilometers long. This beach is located in the old fishing district of the same name, where fried fish restaurants abound. 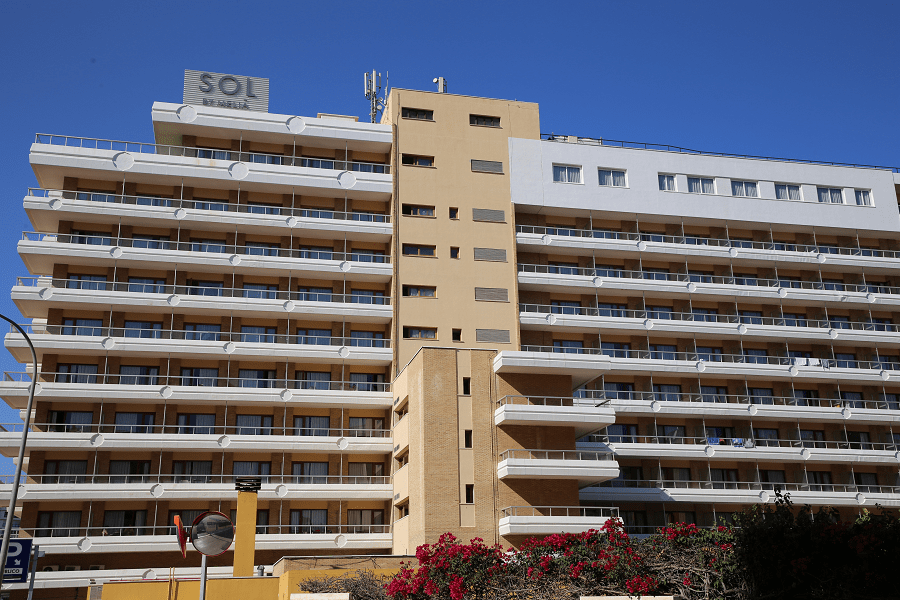 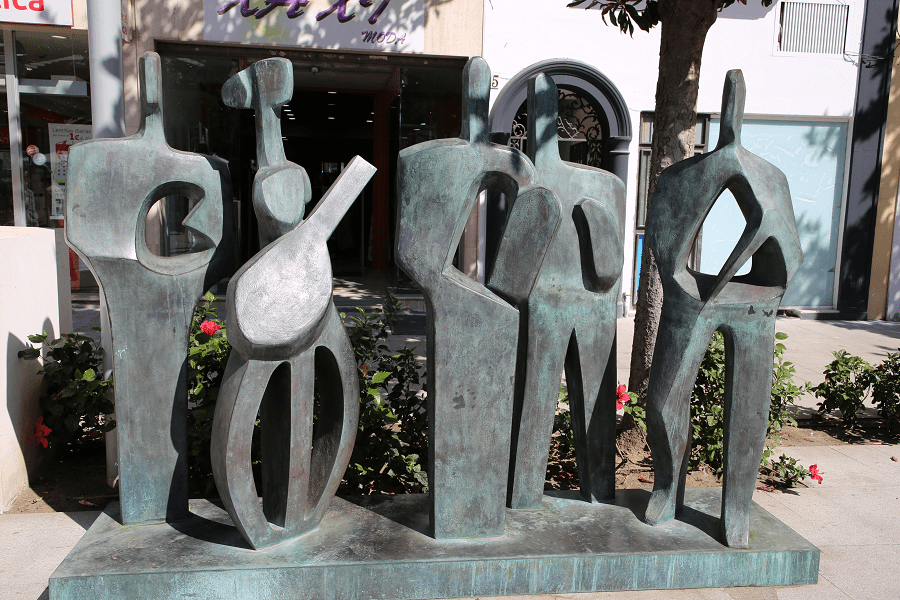 The main tourist shops are on Calle San Miguel and the stairs down to the beach. 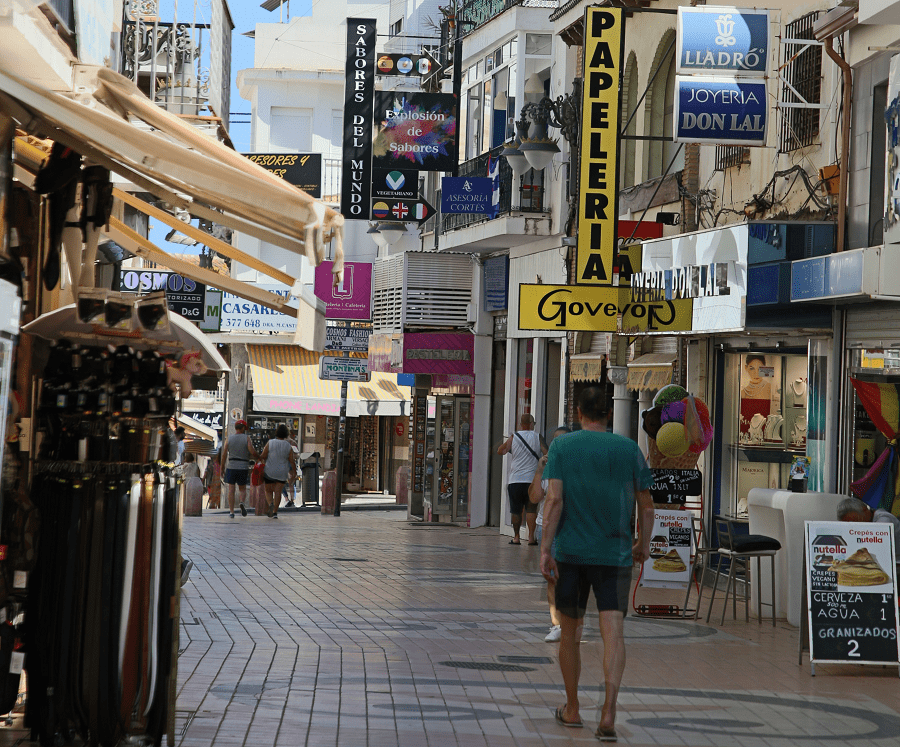 In Torremolinos over 300 restaurants serving every kind of food, from fast food to gourmet and representing all nationalities can be found. The famous beach Chiringuitos traditionally serve barbecued fish as well as typical Spanish cuisine. In the district of Carihuela, there are many upmarket restaurants catering to the Scandinavians and British who make up a large part of the population. 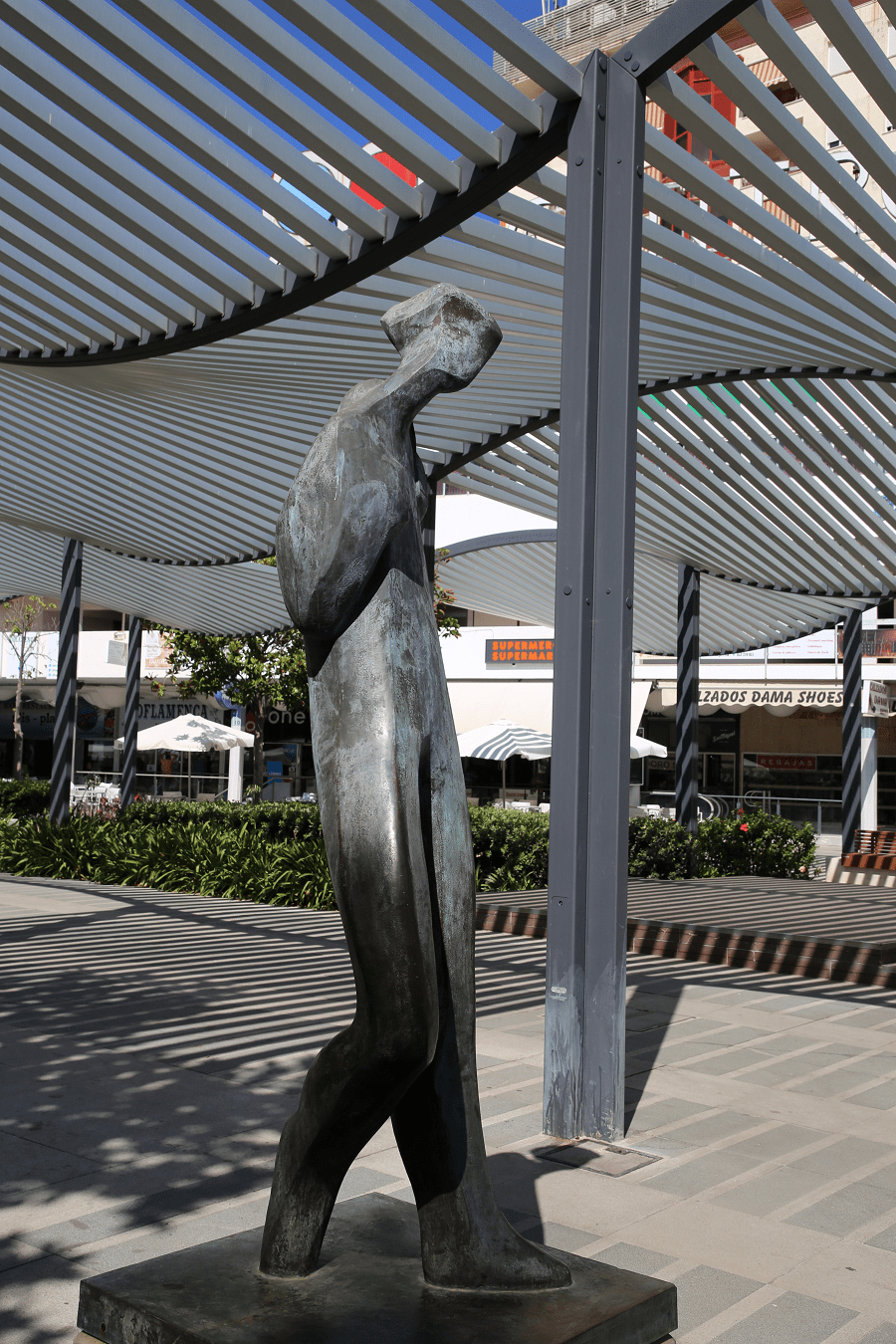 Easily reachable by public transport or taxi are the very popular Asiel buffet-style restaurants, one in Arroyo de la Miel, the other near Ikea. These serve everything imaginable from oysters to pizza for a fixed price. Fresh fish and meats are cooked to order. More choice exists at the Plaza Mayor complex including Foster’s Hollywood American Ribs and Burgers. 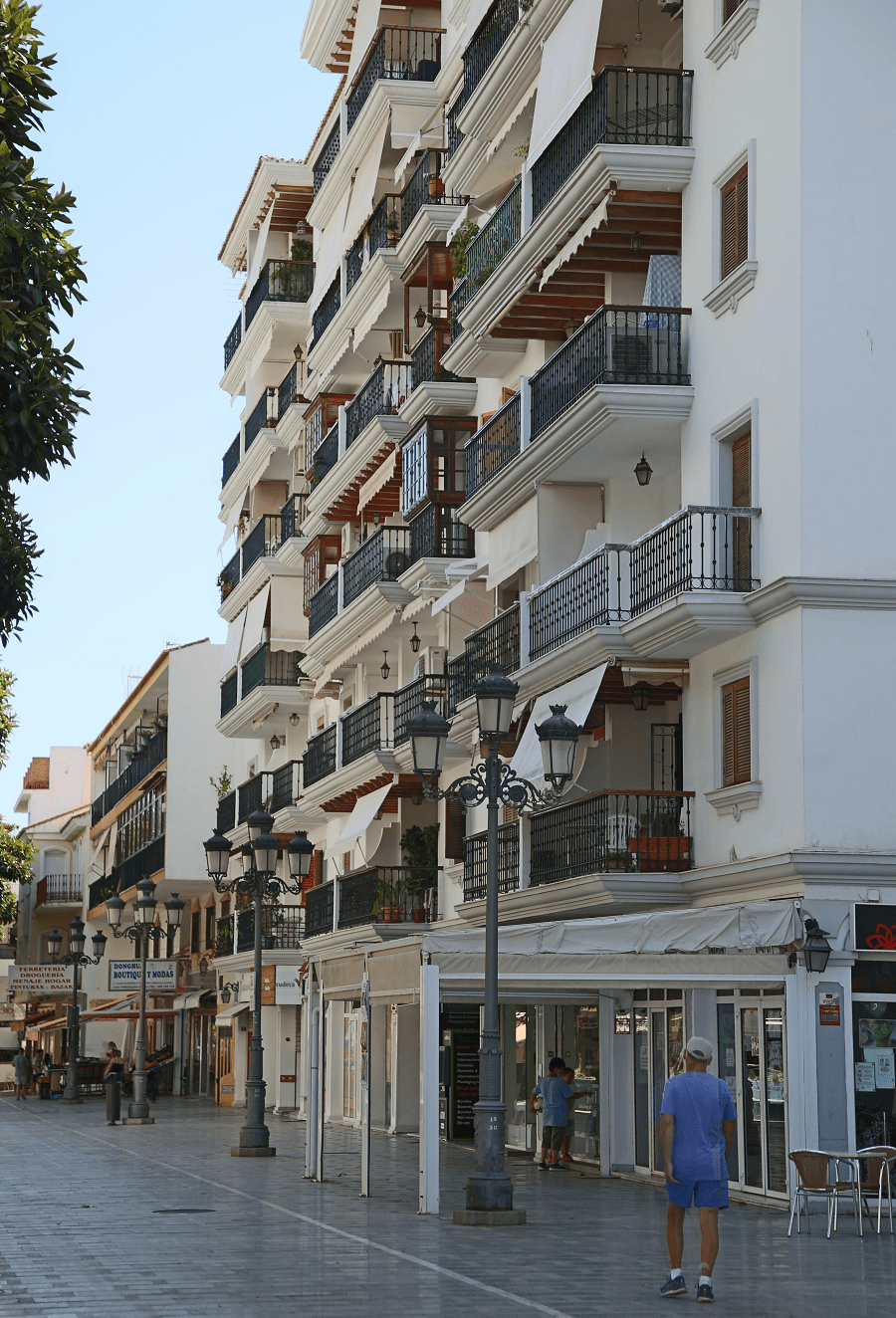 The typical dishes of Torremolinos are the roasted pepper salad; the skewers of sardines; gazpacho; shellfish and crustaceans such as coquinas, fine shells, prawns, razor clams, crayfish, prawns; the fish with salt; and fried fish, which are consumed in practically all the municipalities of the Andalusian coast and the typical cakes of Torremolinos. 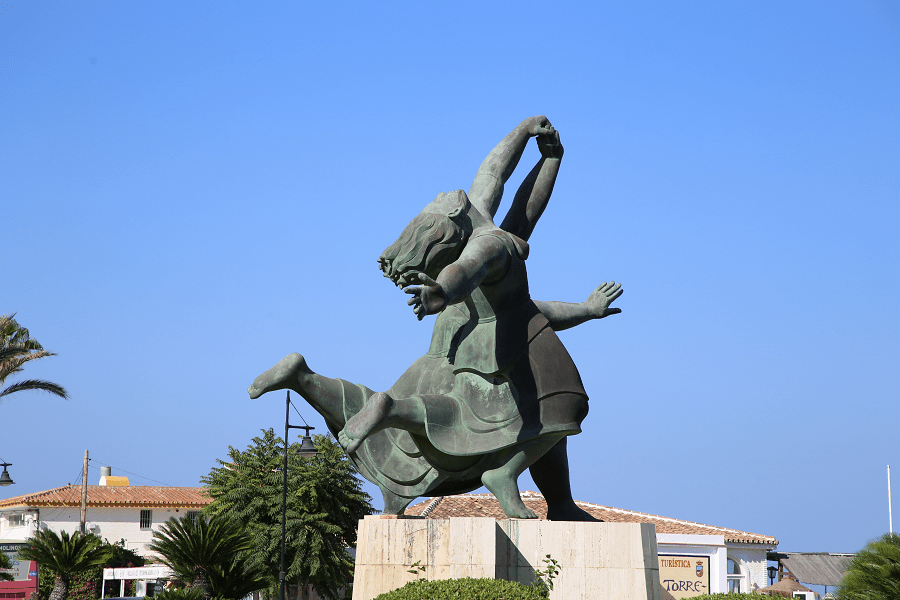 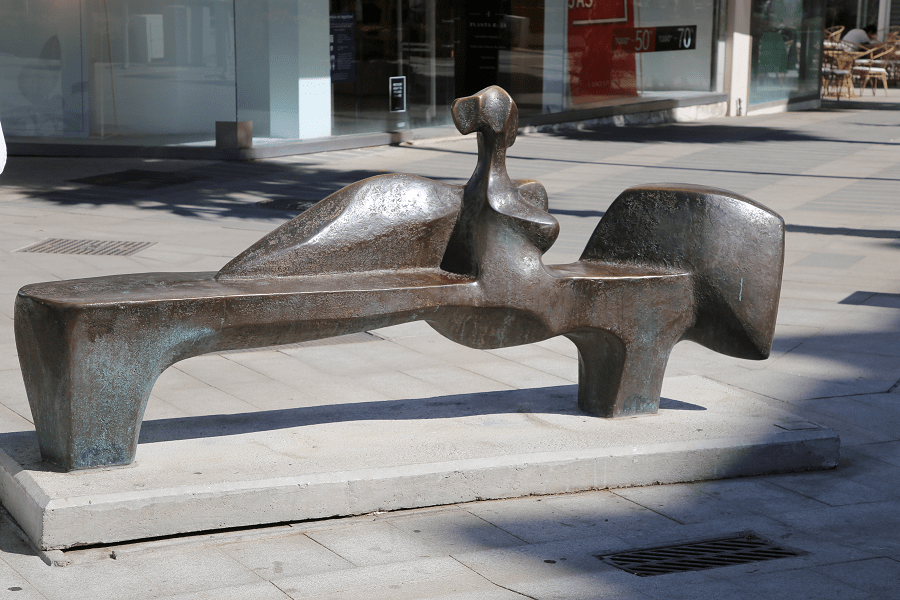 Málaga Airport is 10 minutes away by train, which runs every 20 minutes. 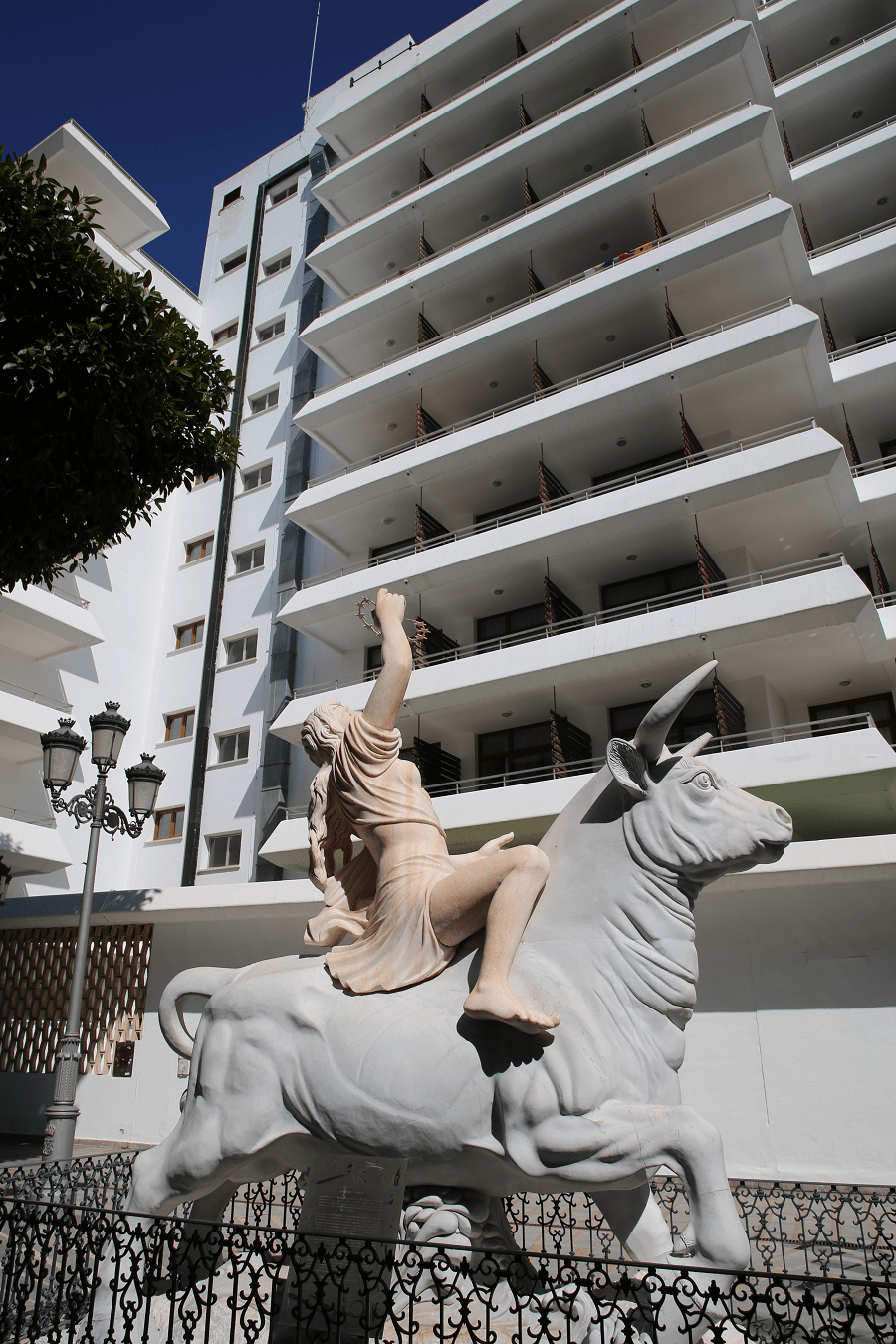 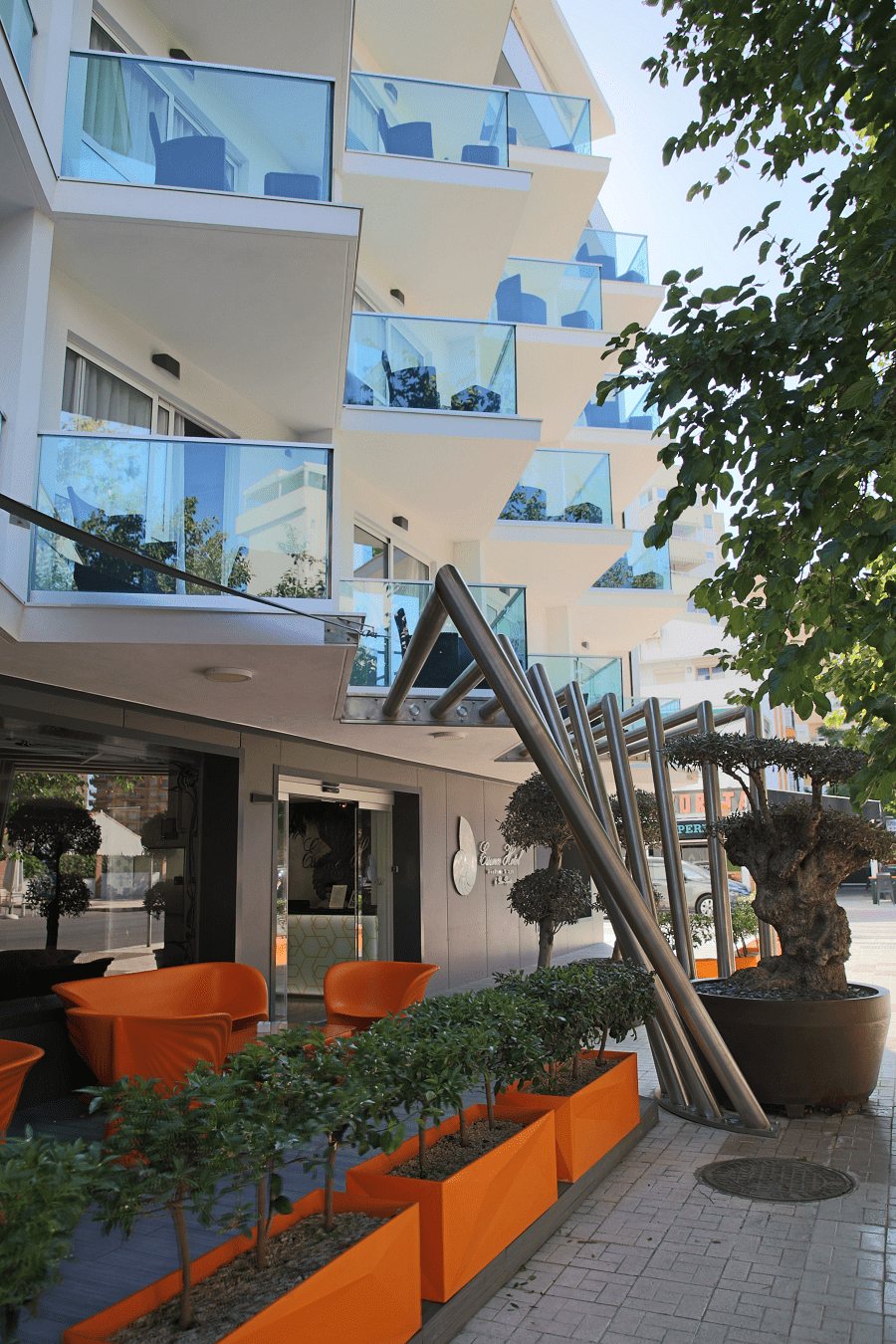 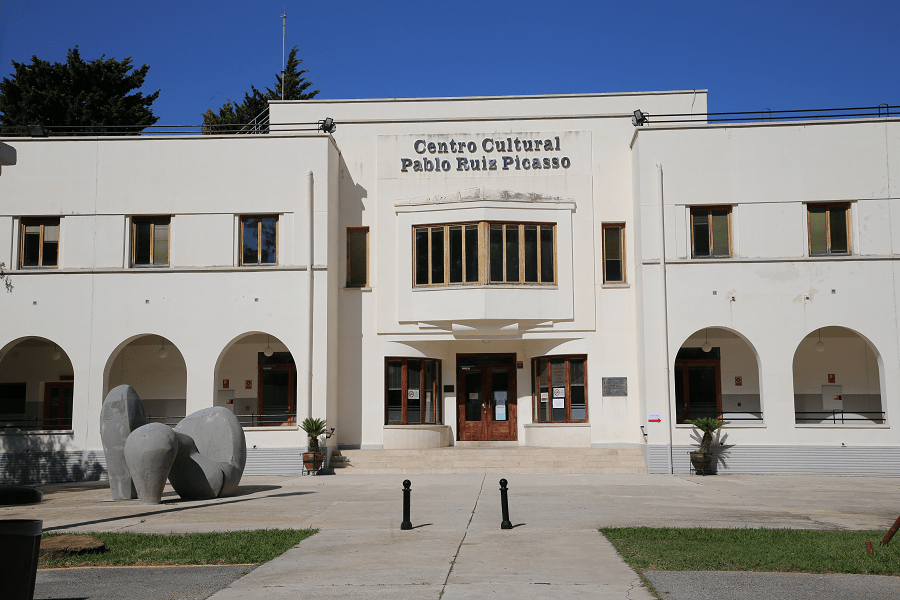 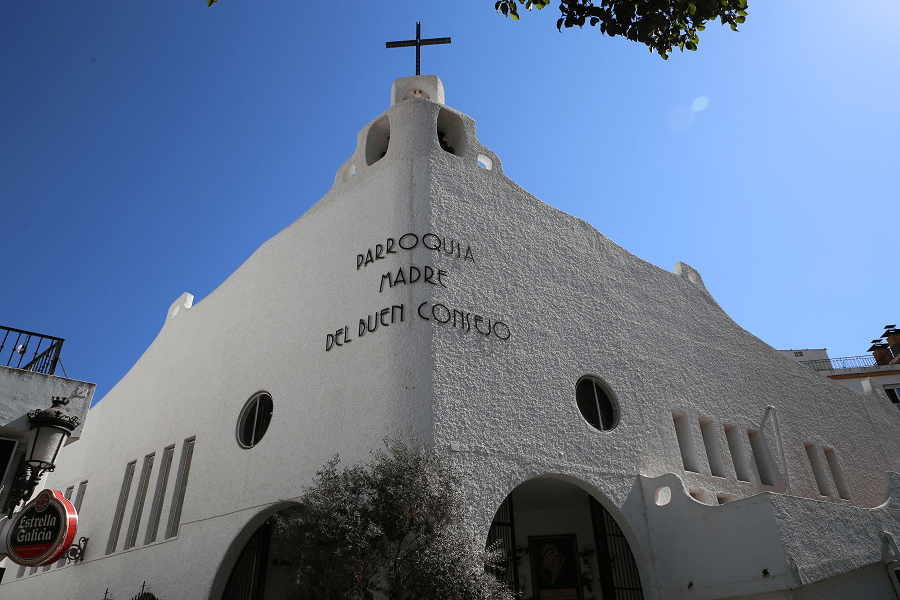 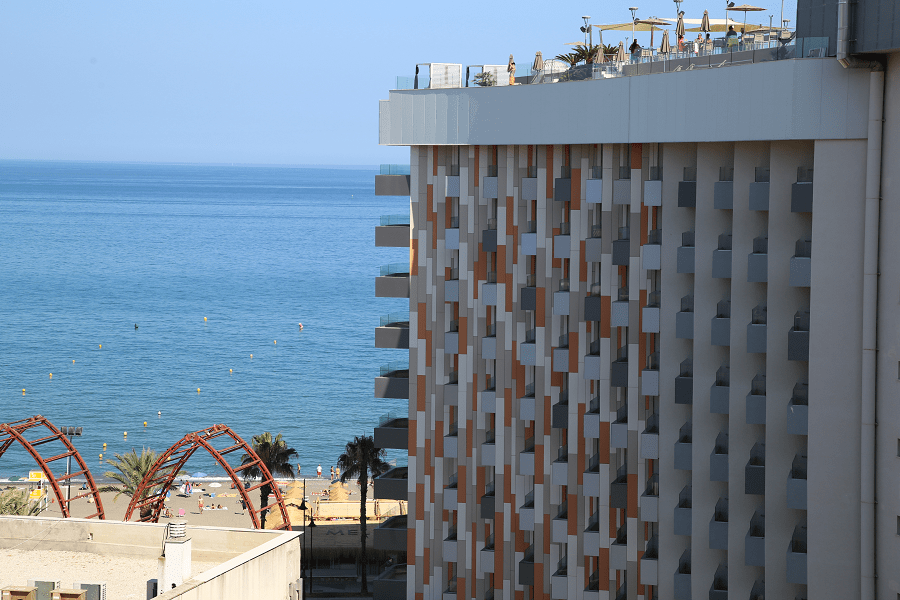