The city was removed from the province of Pyongan Namdo In 1946 and received a direct subordination city status – the administrative status of the province level.

The city was badly damaged during the …

One story houses of Japan on the views of Mount Fuji, Japan 2006. Looking from Shinkansen train 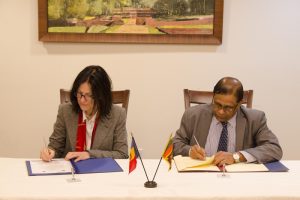 Permanent Representative of Andorra to the United Nations Elisenda Vives and her counterpart from the Democratic Socialist Republic of Sri Lanka Amrith Rohan signed on 30th November a document confirming the establishment of diplomatic relations between the two countries.