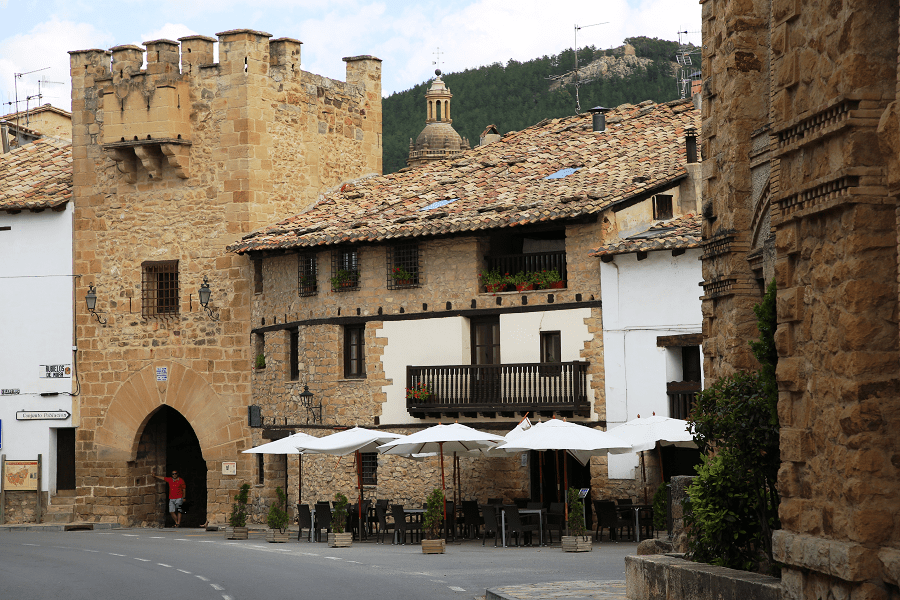 Rubielos de Mora is a town and municipality in the Gúdar-Javalambre region in the province of Teruel (autonomous community of Aragon, Spain). 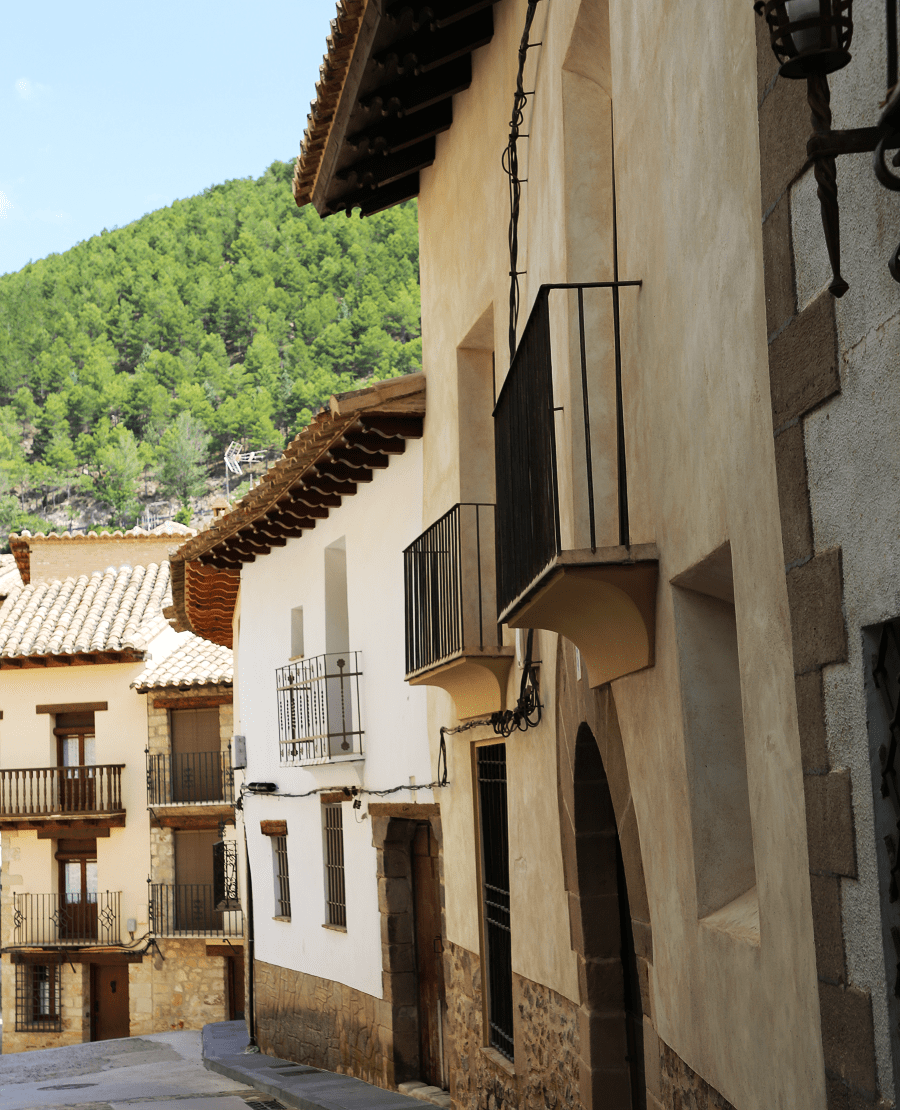 The Church of Santa María la Mayor is a baroque masonry and stonework construction. Its floor plan is rectangular with a nave with side chapels covered by ribbed vaults. On the outside and on the Gospel side, in the third section, there is the main portal, carved in stone, with a portico covered with a ribbed vault and open in a semicircular arch. It has a tower with three square bodies and an octagonal room, in which the bells are located; one of them dates from 1476. 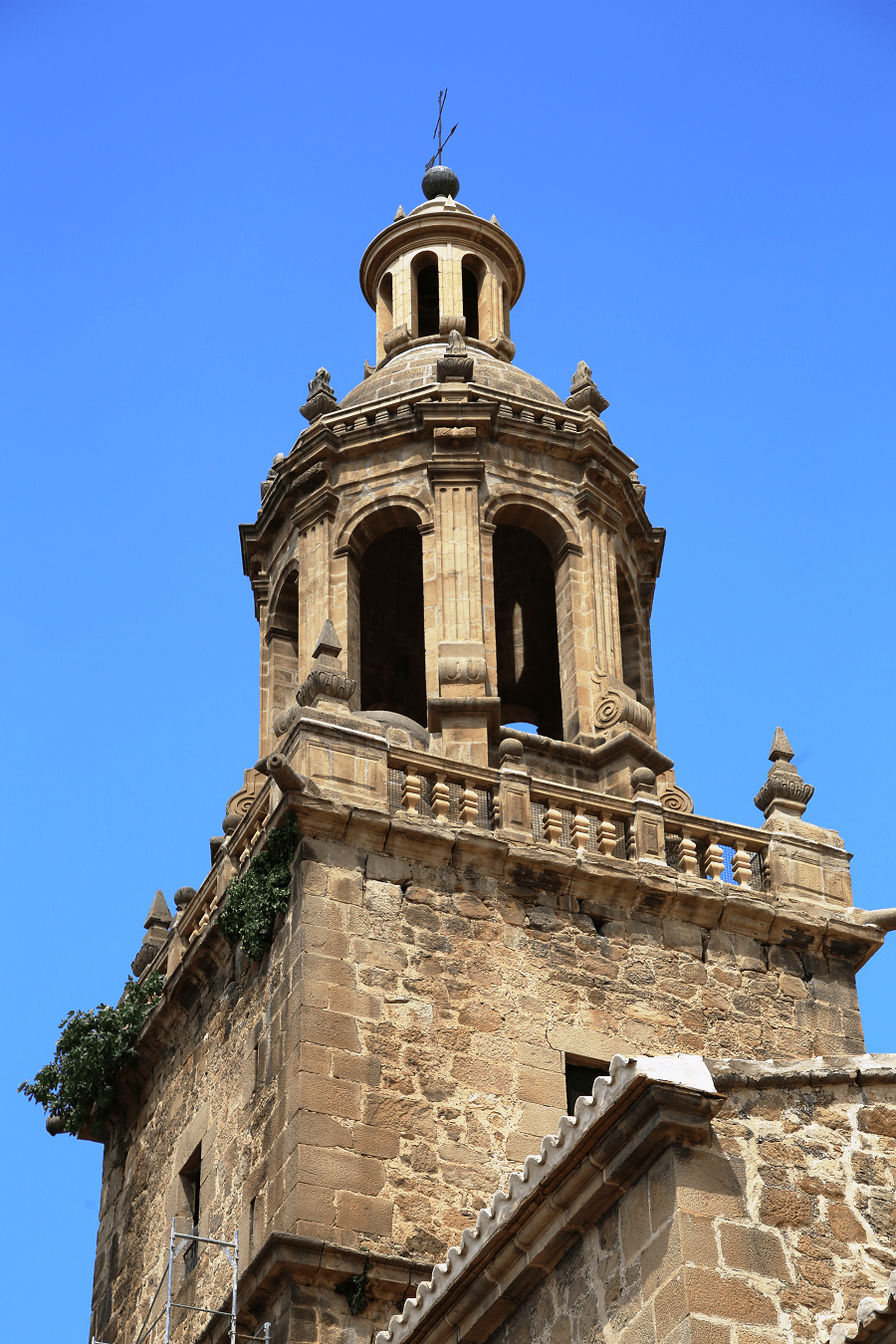 The town has several hermitages. That of the Holy Martyrs Abdón and Senén is possibly the oldest, since its construction dates to the 15th century. A Gothic rose window is preserved from that period. Built in masonry and stonework, it has a rectangular plan with a pointed barrel vault. 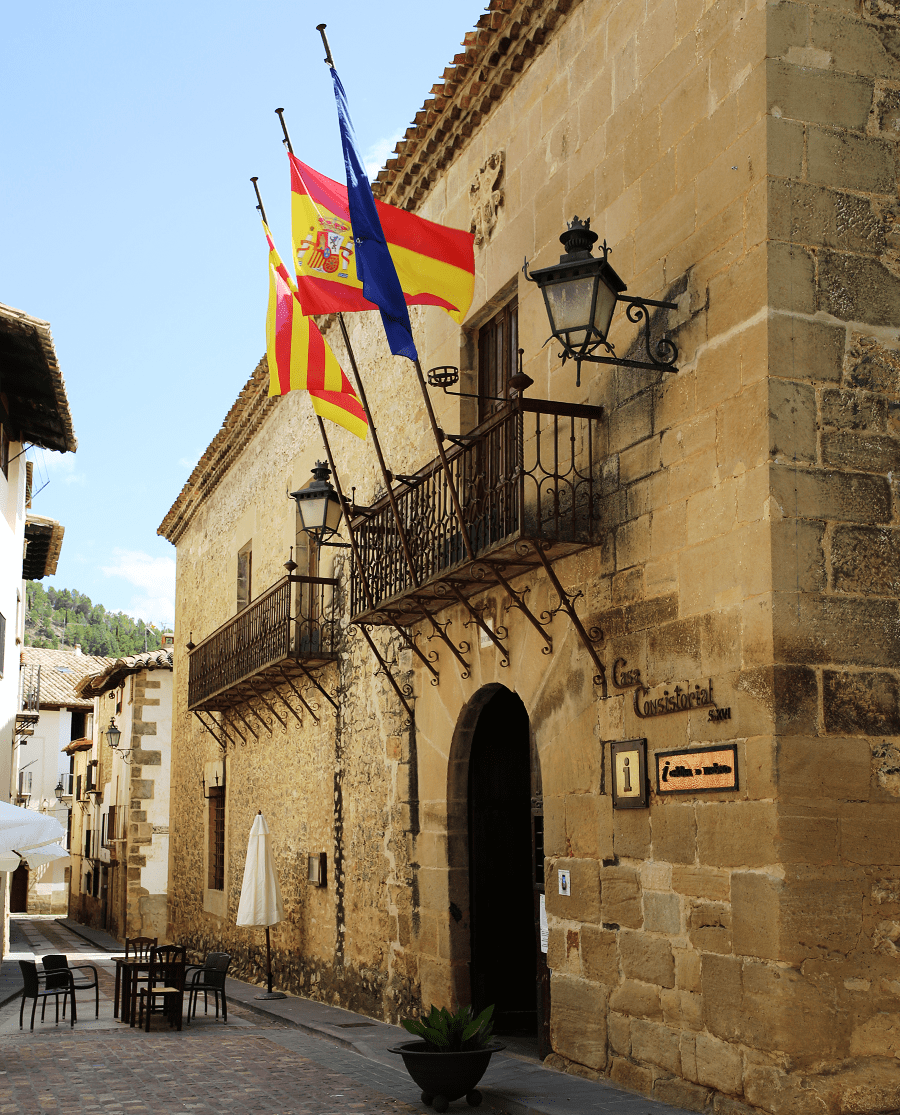 The hermitage of Santa Ana is a temple built in the first half of the 17th century —the accounts of living expenses are preserved between 1659 and 1662. In 1888 it was reformed, replacing the half-barrel vault with a four-sided roof.

The Ermita del Pilar is located in the old house of the Tonda-Serret family, which later passed to the Marquis of Villasegura. Made of stonework, it has a rectangular floor plan with a single nave covered with a lunettes vault. It is lined with stucco from the 17th century. Dismantled in 1936, it was later redecorated with a series of canvases. 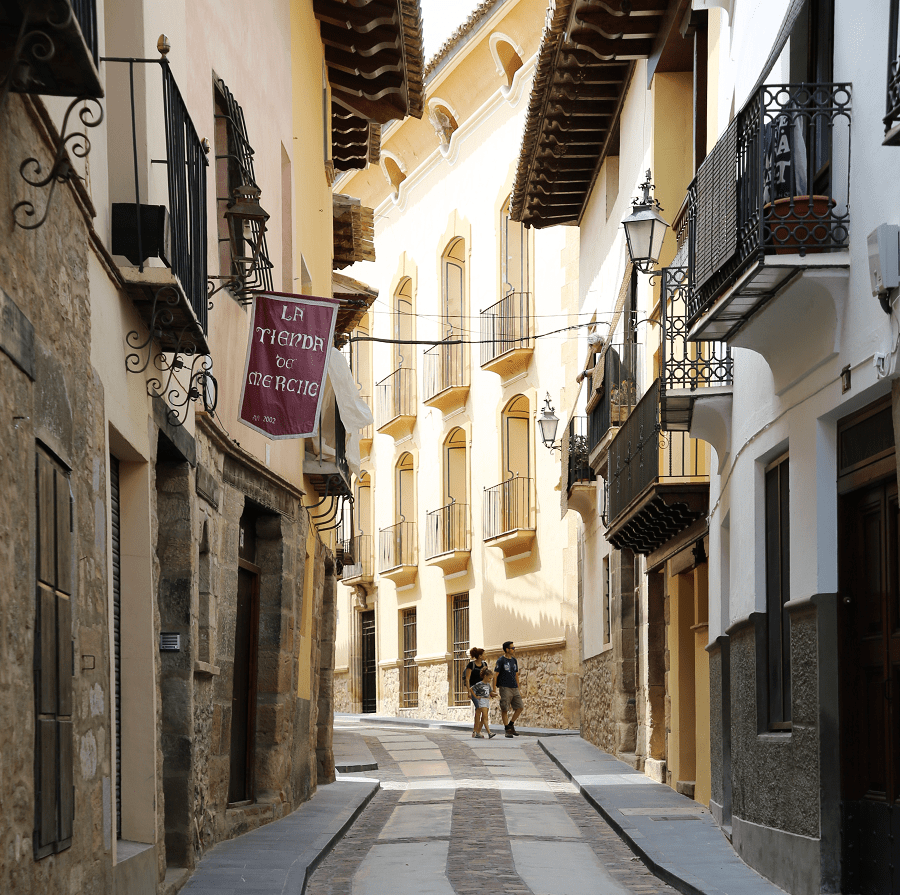 In addition to the above, it is worth highlighting the hermitages of Santa Bárbara, Los Desamparados and San Miguel and San Roque. On the latter it is known that in 1652 it had already begun to rise, and that its consecration took place in 1658. A last hermitage, that of Calvary, is a restored neoclassical temple, with an octagonal plan on the outside and circular on the inside, which presides over the village valley. 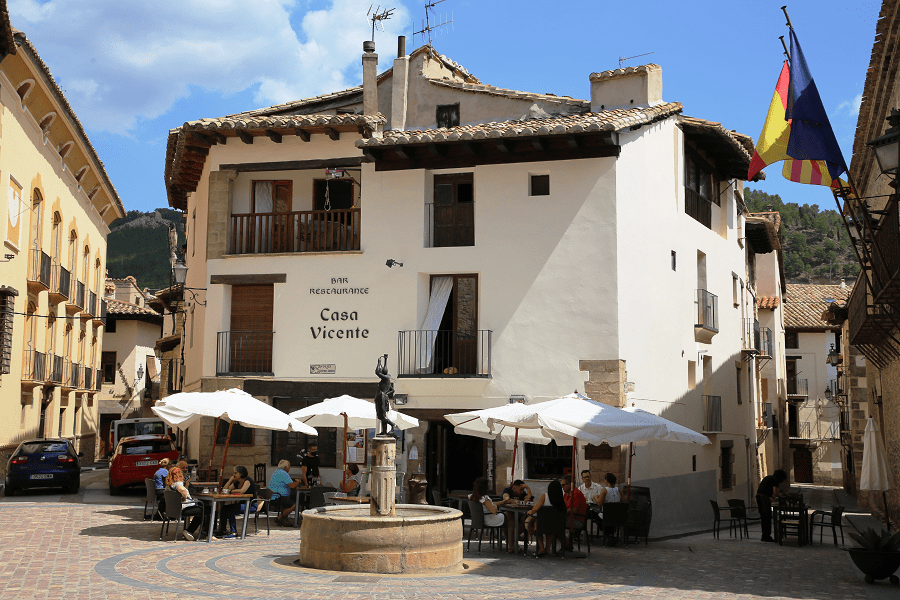 The town had two convents. From the Agustinas convent, its church, built in the 14th century, which was the original parish of the municipality, deserves special attention. In the 15th century the chapels were added next to the door and in 1624, after dislodging what was the old church, the Augustinian monastery of San Ignacio de Loyola was founded.

The other convent, that of the Discalced Carmelites, was founded in 1608 and its construction completed in 1622. Of its set, made of stone, the church and the cloister stand out. In 1835 it suffered a major shake in its structure during the Carlist Wars. 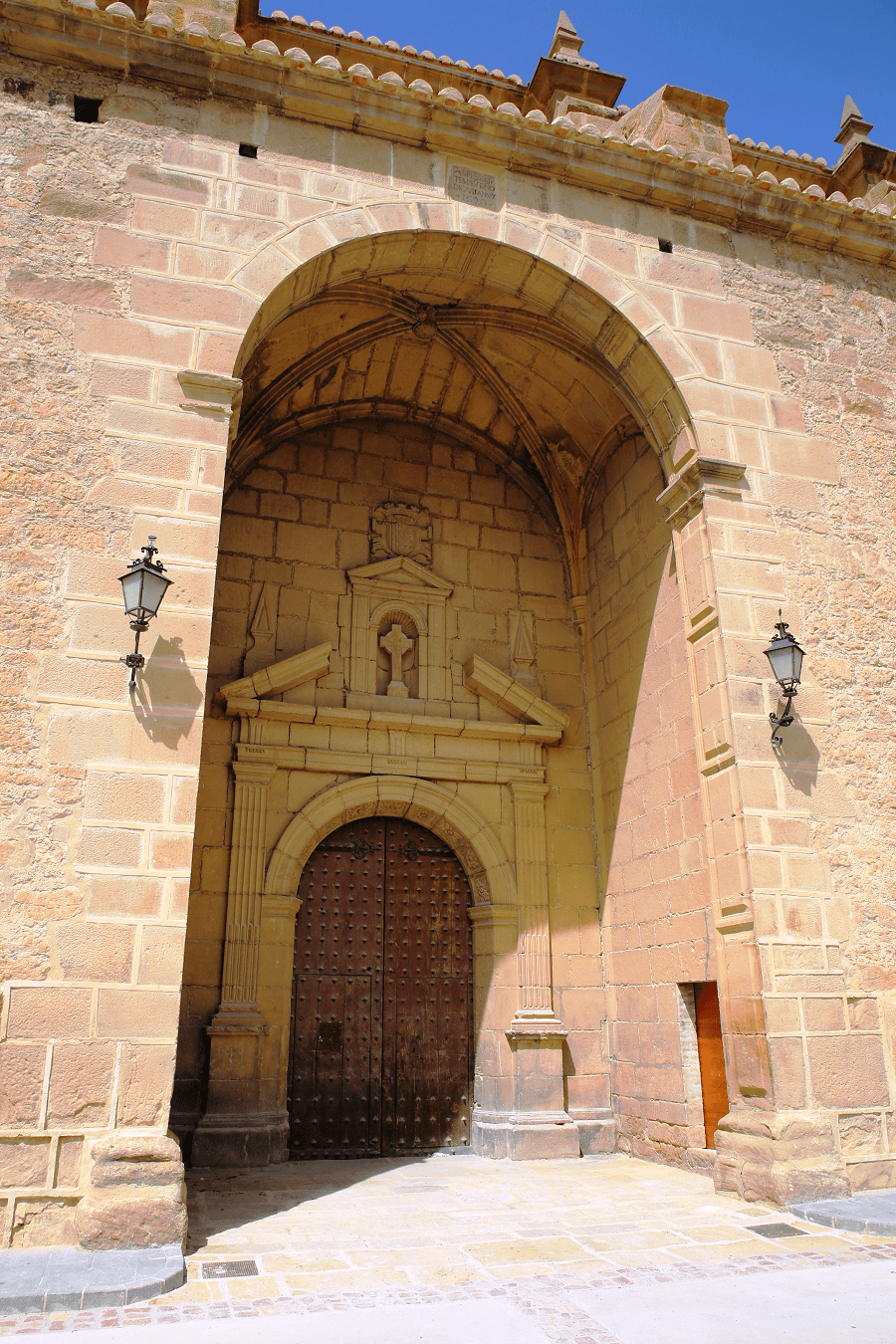 The town has a very well-preserved old center, which was awarded the Europa Nostra prize in 1983. Of the seven old entrances to the walled enclosure, only two remain: the Portal de San Antonio and the Portal del Carmen —ancient Santa María . The first, made of ashlar and masonry, has one of the most beautiful towers and doors in Aragon. The second includes, as part of the architectural element itself, a Baroque chapel dedicated to the Virgen del Carmen.

Other notable buildings are the 16th century Renaissance town hall of Rubielos de Mora, and the old town hall. Various houses of the nobility dot the town. Among them are the Casa de los Condes de Florida, a building with a remarkable three-storey façade, all of it made of ashlar masonry, between dividing walls. The first floor exhibits three baroque doorways, lintelled and molded with various grills, with a shield over the central one. On the second floor there are two molded balconies, with a stone base in the center. Finally, on the third floor there is a gallery with twelve arches, and, above it, a double wooden cornice with profuse decoration. 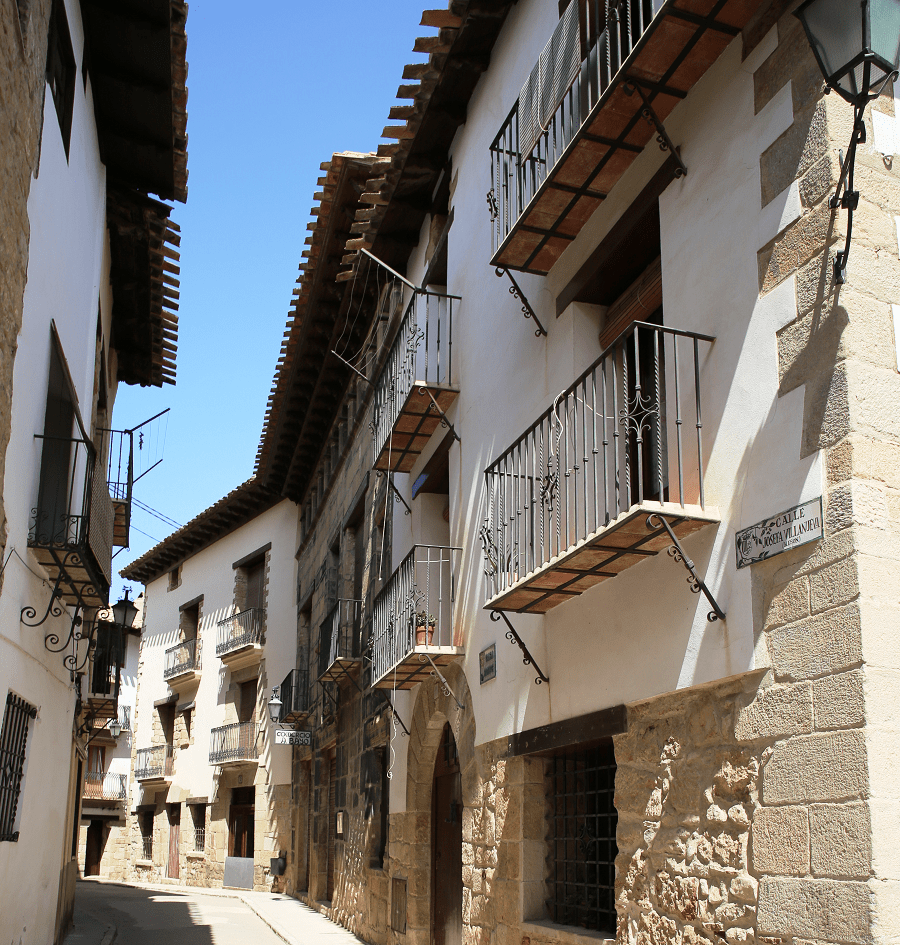 The Palace of the Marquis of Villasegura, with its large façade, is one of the largest in Rubielos. The exterior in different heights is the traditional one of the Aragonese Renaissance model palaces.

House of the Counts of Creixell, the latter is a Baroque construction whose façade is presided over by the family’s noble coat of arms, and it was where General Cabrera established his headquarters during the Carlist Wars.

The municipality has the Salvador Victoria Museum Foundation, installed in the old Gracia Hospital, a building built in the mid-18th century. The ground floor houses the bibliographic collection and a room for temporary exhibitions, while the first and second rooms house the work of Salvador Victoria Marz and that of the painter’s friends.

On the other hand, the importance of paleontology in this region has led to the opening a few years ago of a center in Dinópolis next to the town. In it you can see numerous fossils found in the area, known as the “ambarina region”, the name given to the area of Dinópolis in Rubielos. 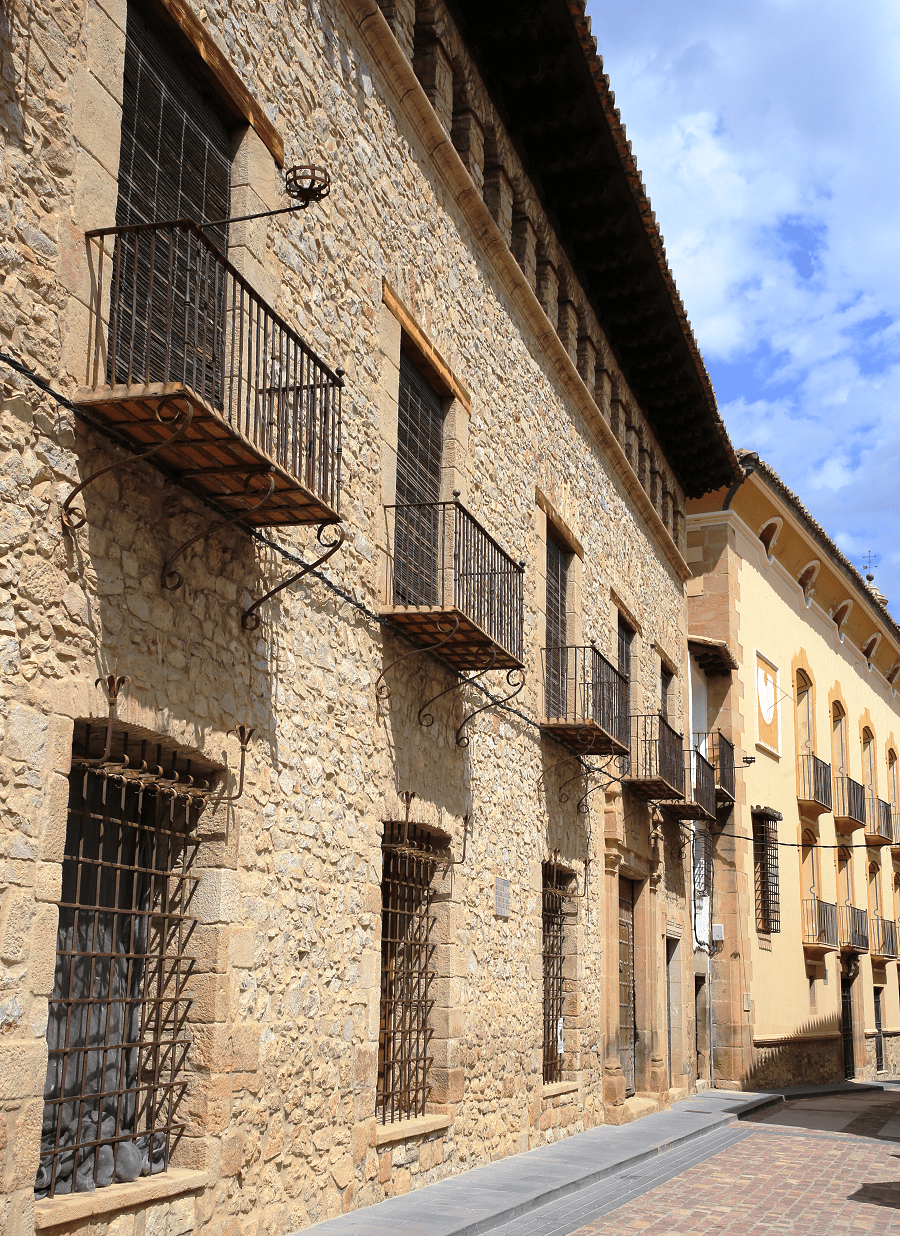