The Palace of the Kings of Navarre of Olite or Royal Palace of Olite is a castle-palace in the town of Olite, in Navarre, Spain. It was one of the seats of the Court of the Kingdom of Navarre, since the reign of Charles III “the Noble” until its conquest by Castile (1512). 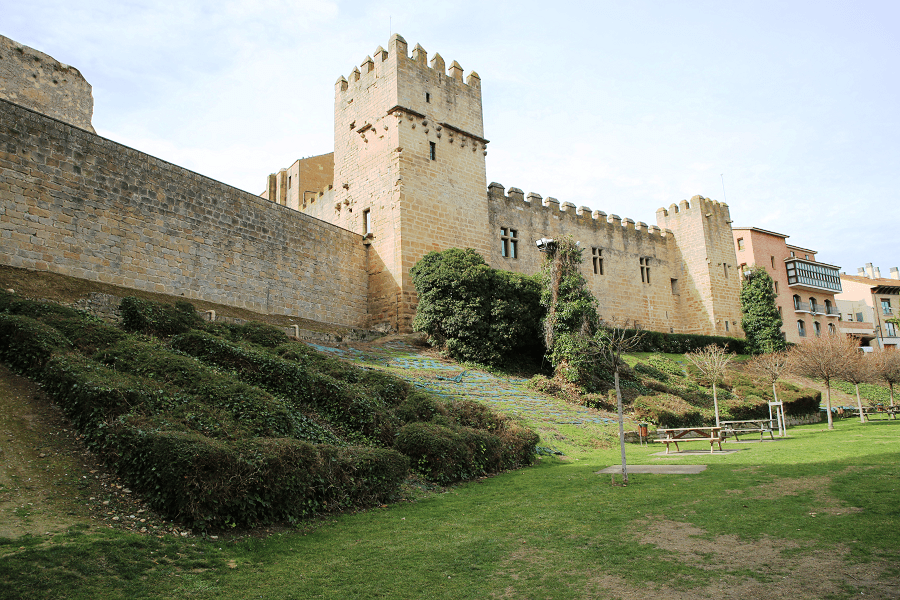 The Old Palace, built in the 13th century in gothic style, is structured around a rectangular courtyard around which all dependencies luenga. 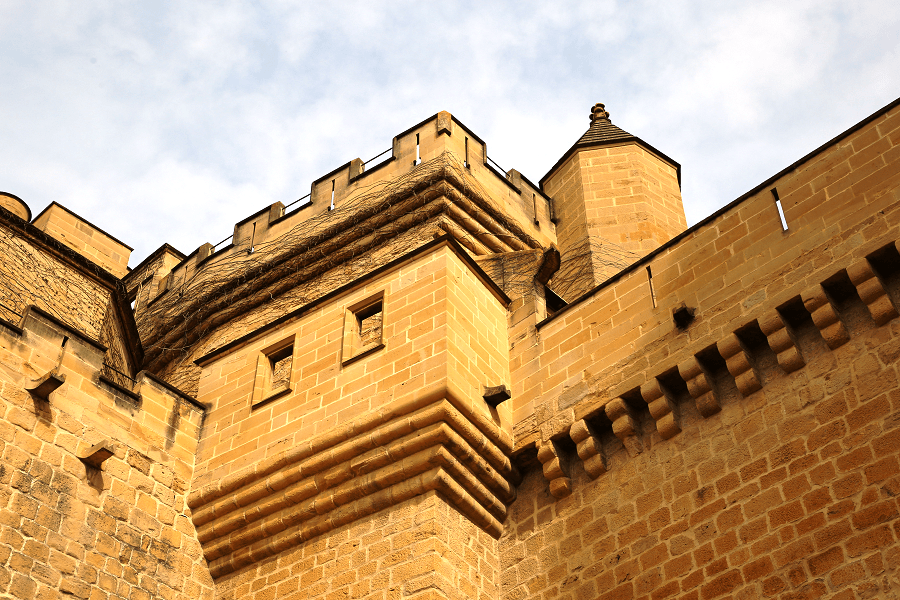 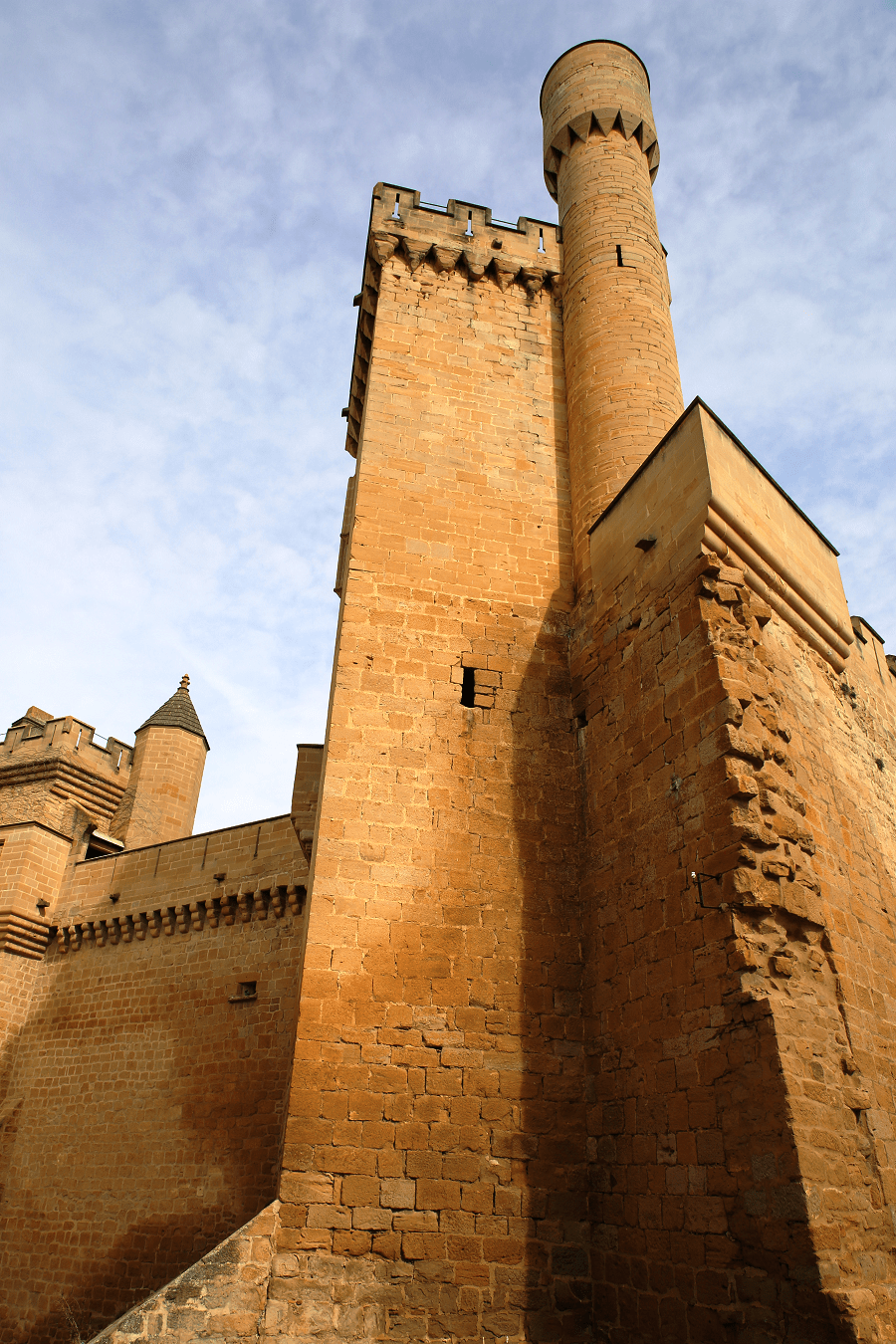 The Great Hall was topped by three towers. Today only two remain: the central one, above the main door, was removed in 1414. 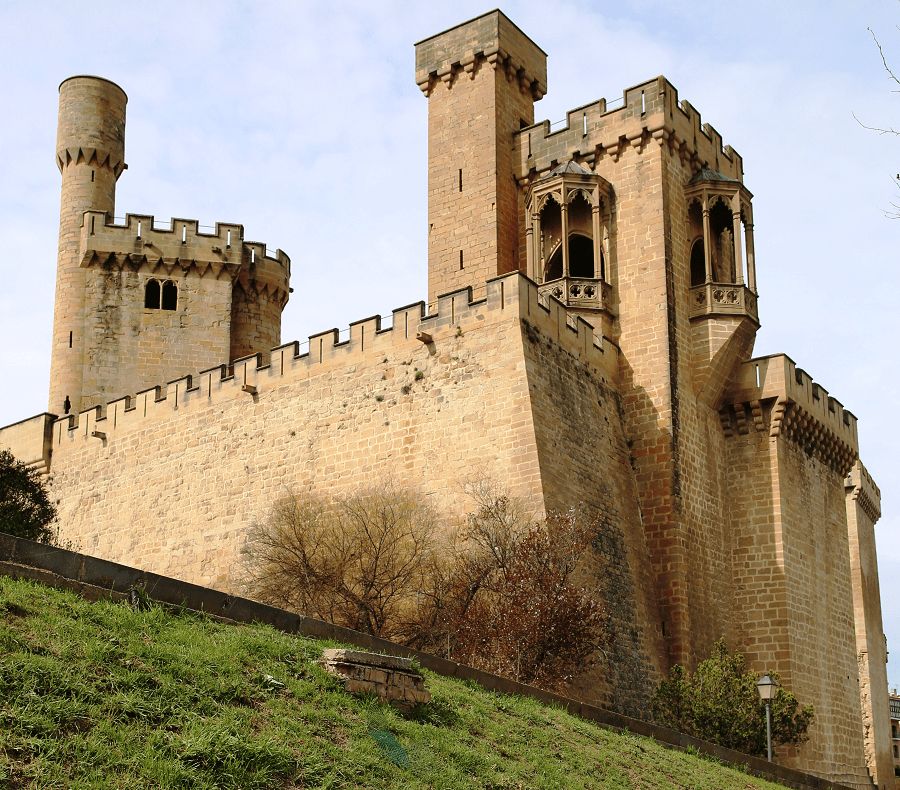 With the development of the New Palace in the 14th century, the royal court moved out the Old Palace. Parts of the Old Palace were thereafter used as stables, kitchens, and other secondary dependencies. In 1584 the Marquis of Almazán restored the main façade of Old Palace, placing the coat of arms of Philip II of Spain in it. 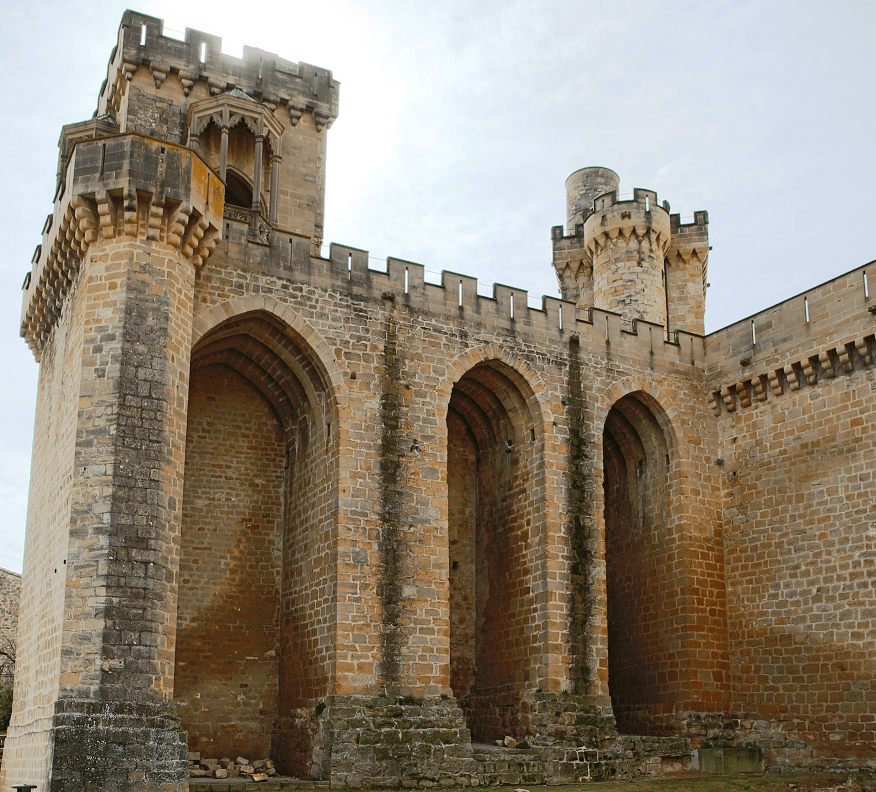 This coat of arms is still visible today, but very deteriorated. The Old Palace eventually entered into a state of disrepair, and was largely abandoned.

Most of its internal structure fell to ruin, although its main façade and four towers survived. The building was restored in the 20th century, but the internal chambers had been lost beyond repair. 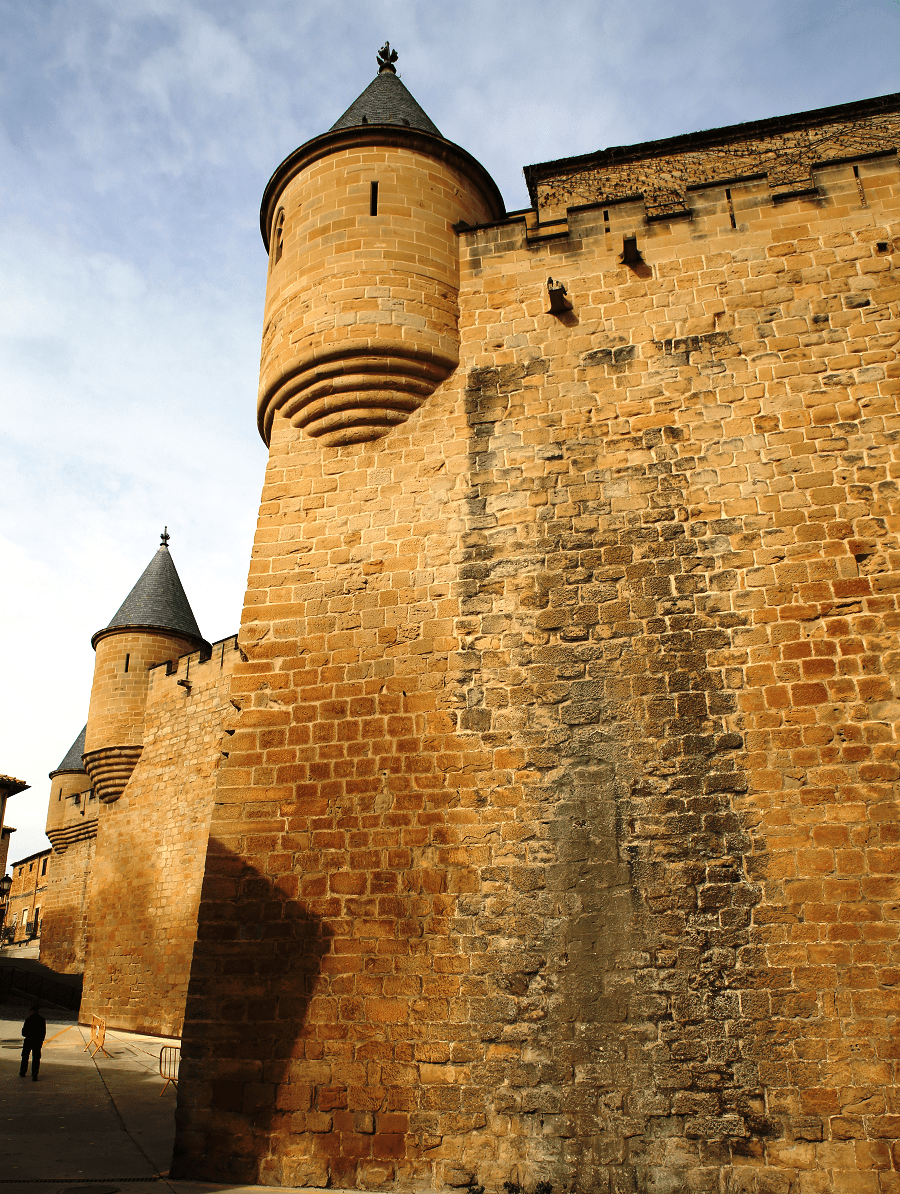 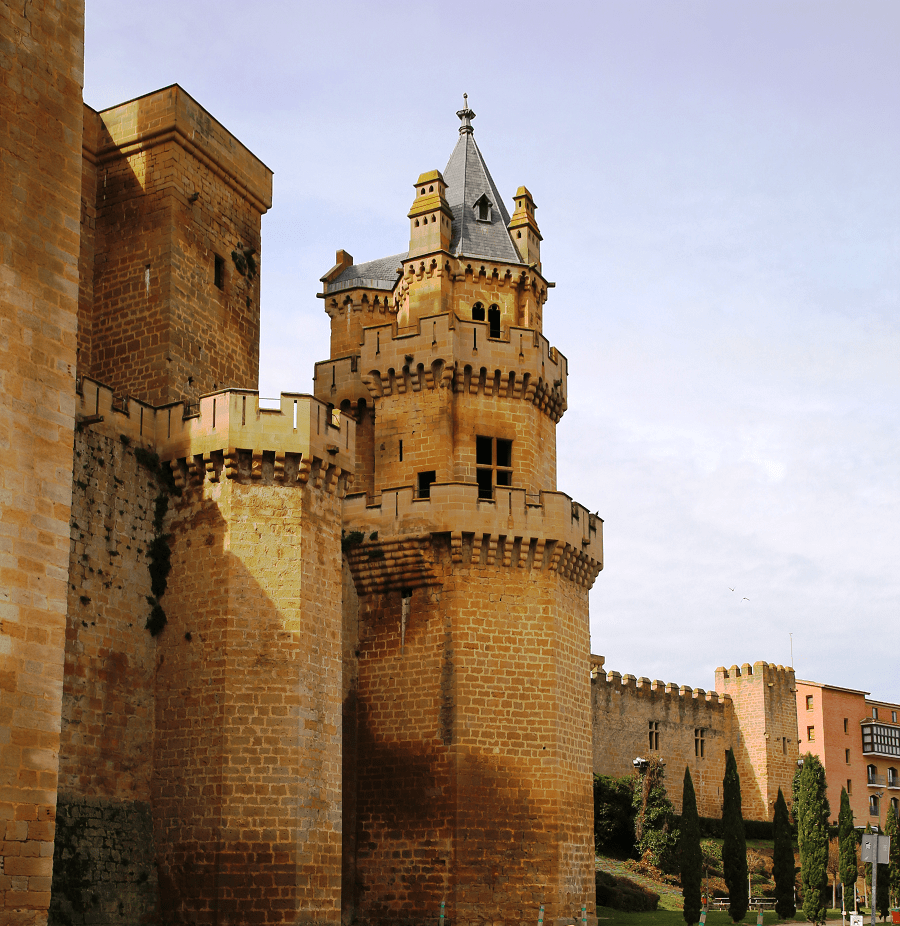 Nowadays, the Old Palace is a Parador de Turismo hotel called “Principe de Viana” facing a square known as Plaza de los Teobaldos. Nothing remains of the original internal structure of the old palace, except for the walls and outer façade have a Gothic window somewhat deteriorated with two shields on top among the pinnacles of the window. 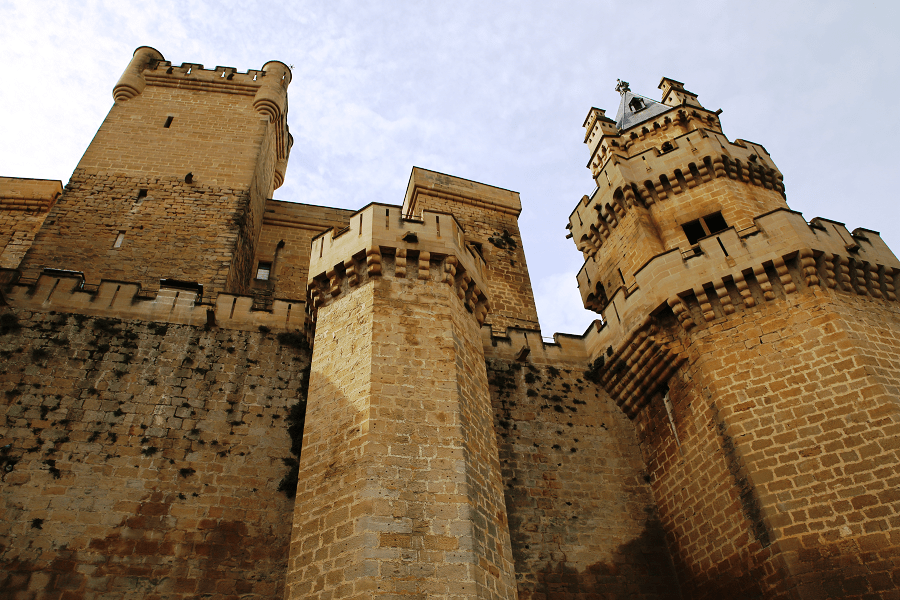 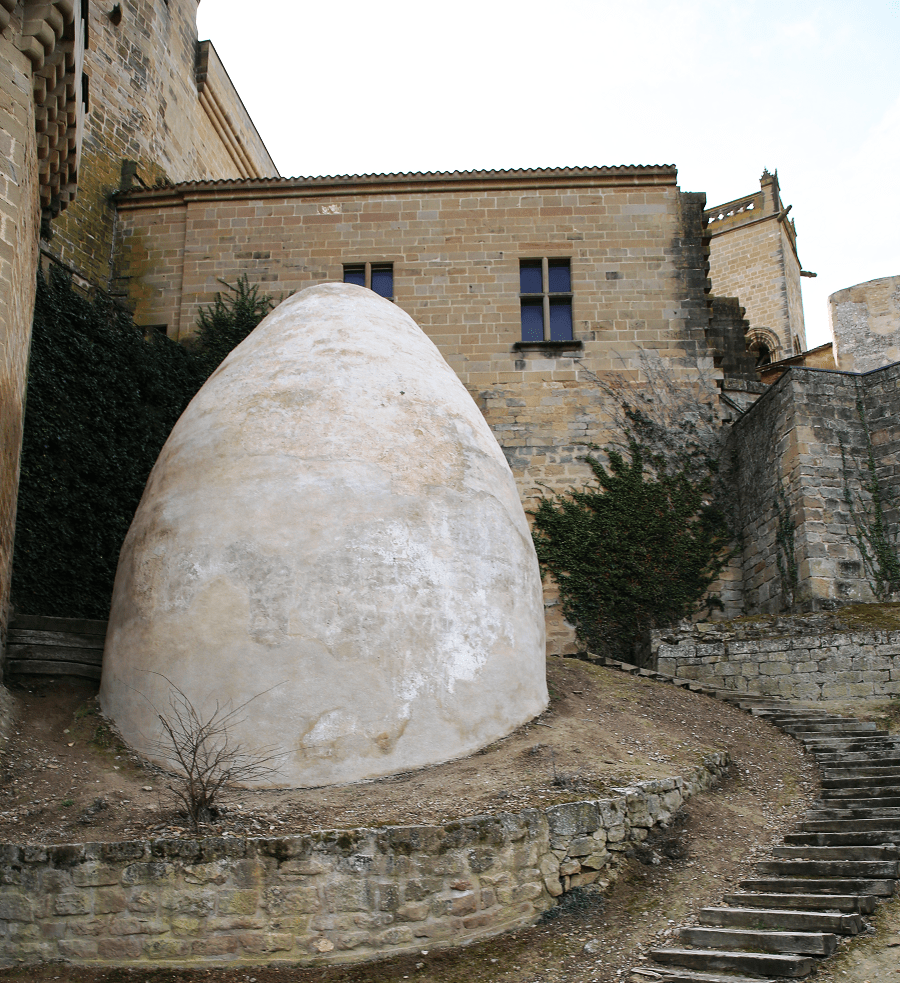 The Santa María la Real church was erected during the 13th through 14th-centuries. It stands adjacent to the Palacio Real de Olite, much favored by King Charles III of Navarre (1361-1425).

The interior has a retablo depicting the Virgin Mary and the Christ of la Buena Muerte. The 14th-century Christ statue may derive from the former church of San Lázaro.

The facade is profusely decorated with sculptures. The portal, below a large rose window, is formed by 8 arches. In the tympanum are various stories of the early Life of Christ and the Virgin.