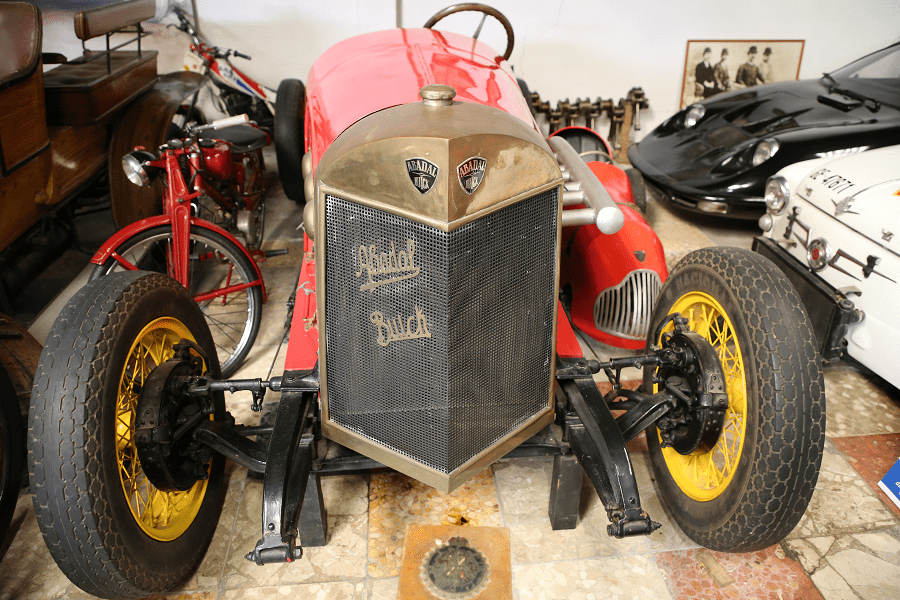 Red Abadal Buick from 1923. The Abadal was a Spanish car manufactured between 1912 and 1923, named after Francisco Abadal. Considered a fast luxury car, it was closely patterned on the Hispano-Suiza and offered in two models. One had a 3104 cc four-cylinder engine while the other had a 4521 cc six-cylinder engine. In 1916 Abadal acquired the Buick agency, and Barcelona-built Abadals after that year had Buick power units and featured custom coachwork. These cars were called “Abadal-Buicks”. This exhibit comes from The Salvador Claret Automobile Collection 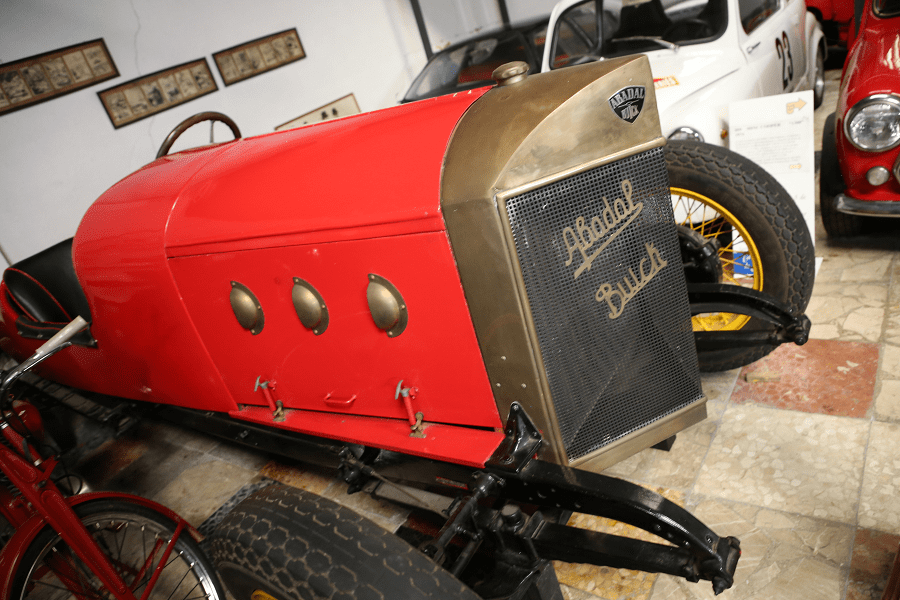