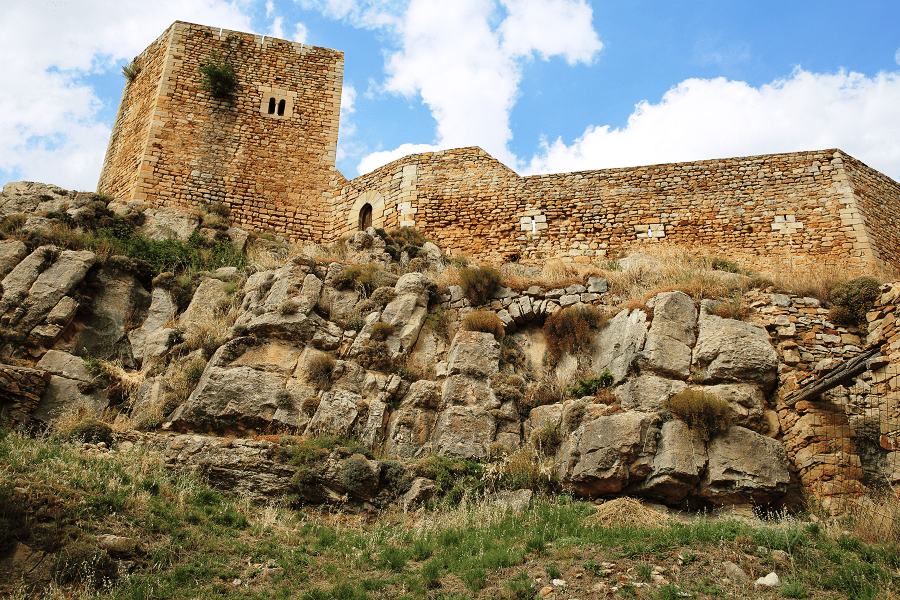 Puertomingalvo is a town and municipality located in the heart of the Maestrazgo Cultural Park in the northeast of the Gúdar-Javalambre region, in the province of Teruel in Aragon, Spain. 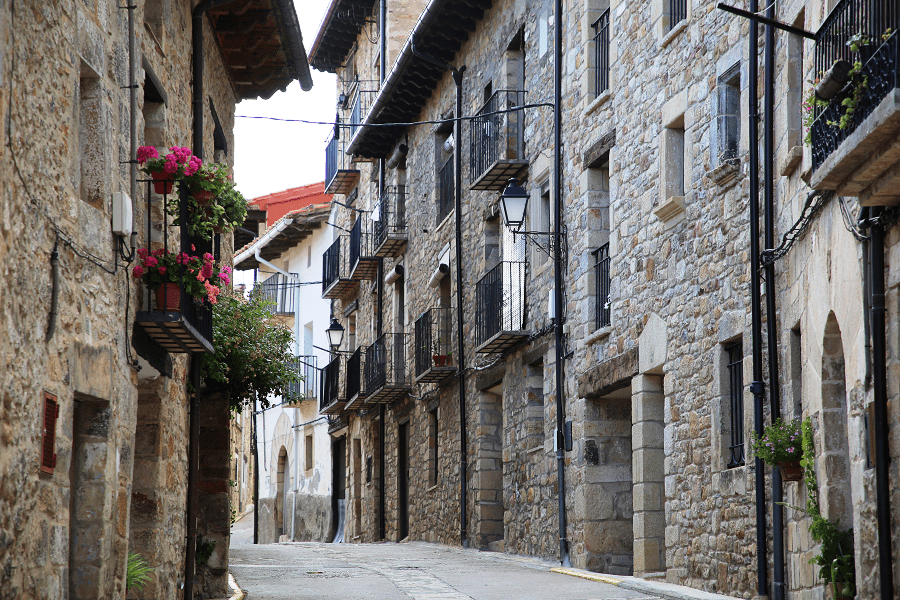 The urban nucleus sits on a rocky promontory presided over by the Puertomingalvo Castle. Set formed by a complicated network of narrow streets in which good examples of popular architecture stand, highlighting some constructions such as:

Town Hall House: Work built between the 14th and 15th centuries, it has a façade made of stone masonry in which its entrances in the form of a semicircular voussoir arch stand out, as well as its beautiful twin openings on the upper floor. All finished off by a wonderful worked wood eaves. 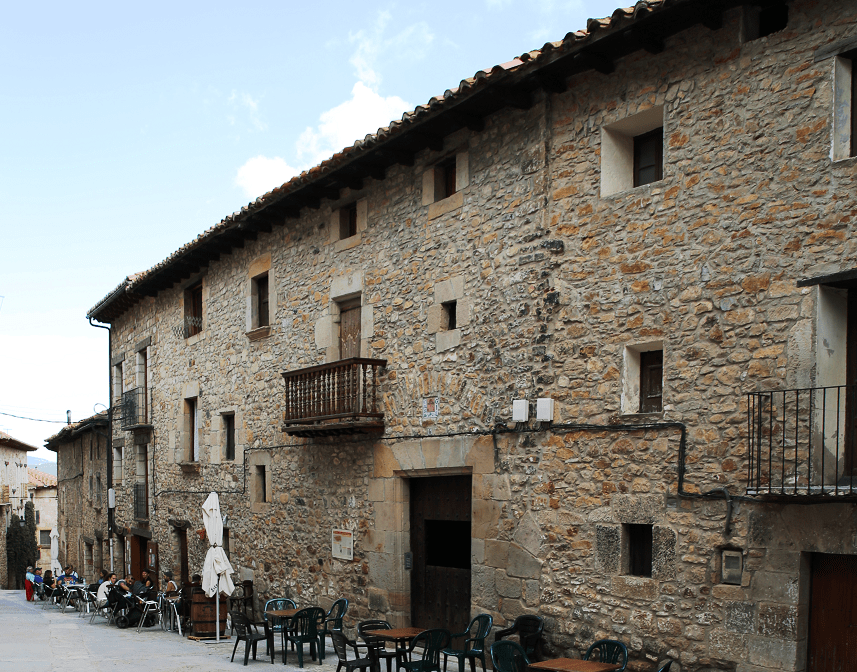 Buildings of the Casa Lloveros and the Casa Alta, belonging to the Levantine Gothic style. 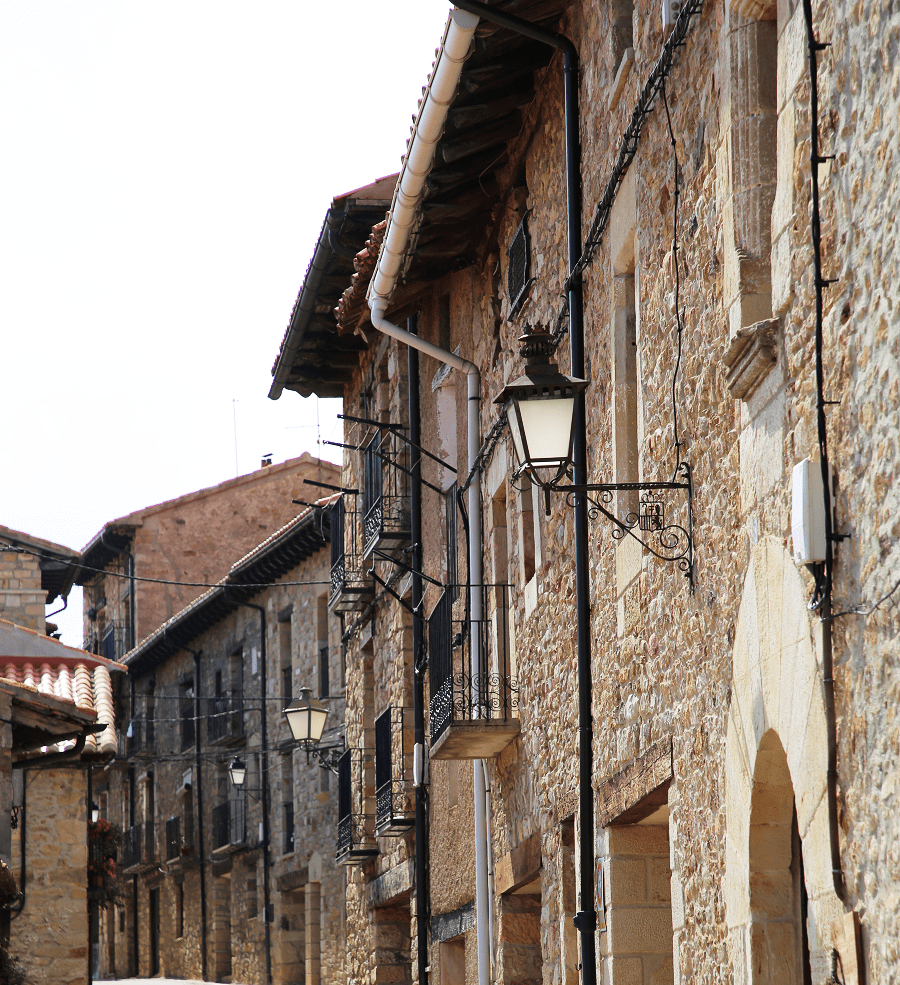 Puertomingalvo Castle: the most significant element of the town. We have news of it in 1202 with the Arabic name of Avingalbón. Pedro II donated it to the Bishop of Zaragoza, to later enter a long period of abandonment. It is one of the best preserved fortifications in the entire Maestrazgo area, becoming a splendid panoramic viewpoint of the area.
Remains of the walled enclosure: highlighting the portals called Portalón and Portalillo. 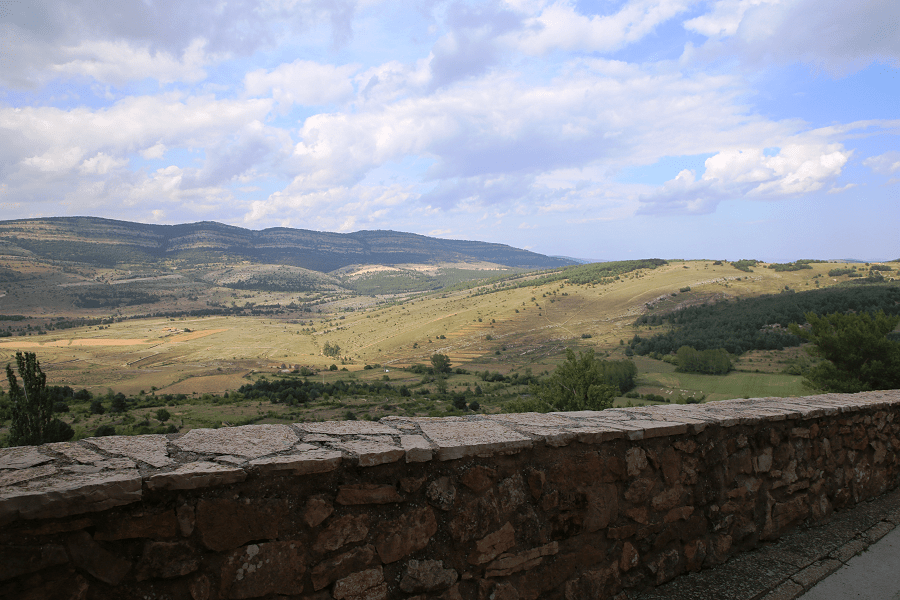 Parish Church of La Asunción and San Blas: Baroque construction from the 18th century consisting of three naves, a high choir and a bell tower that acted as a fortress. It is worth highlighting the pictorial decoration that the walls of the interior of the temple receive. The top of the tower becomes another of the viewpoints with views of the Sierra de Gúdar. 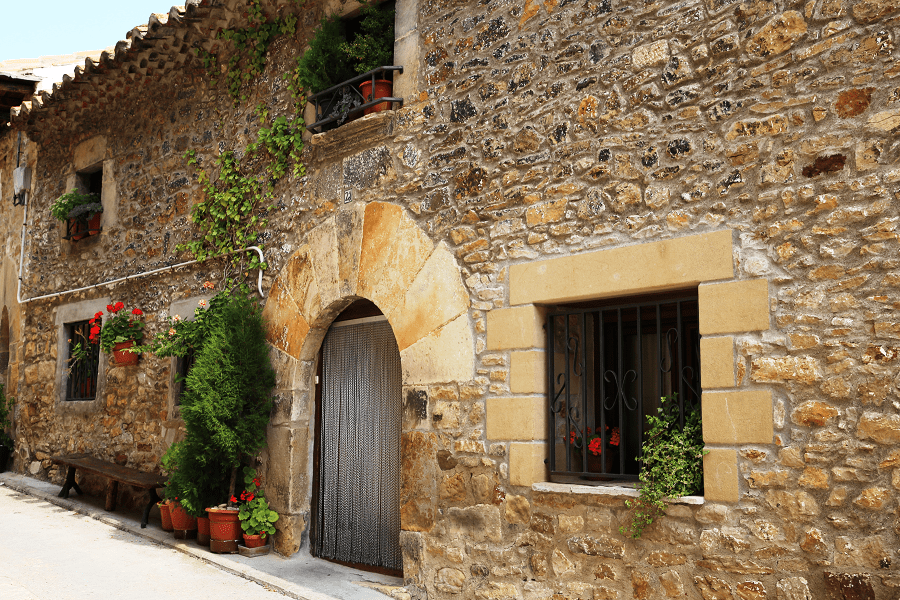 Peirones de San Bernabé, Dornajo, La Pilarica and Santa Bárbara. All this contributing to the fact that the entire population nucleus is considered a Monumental Complex and declared of Tourist Interest.

Mas de Torre Pintada: Located on the outskirts, it is a magnificent fortified farmhouse. 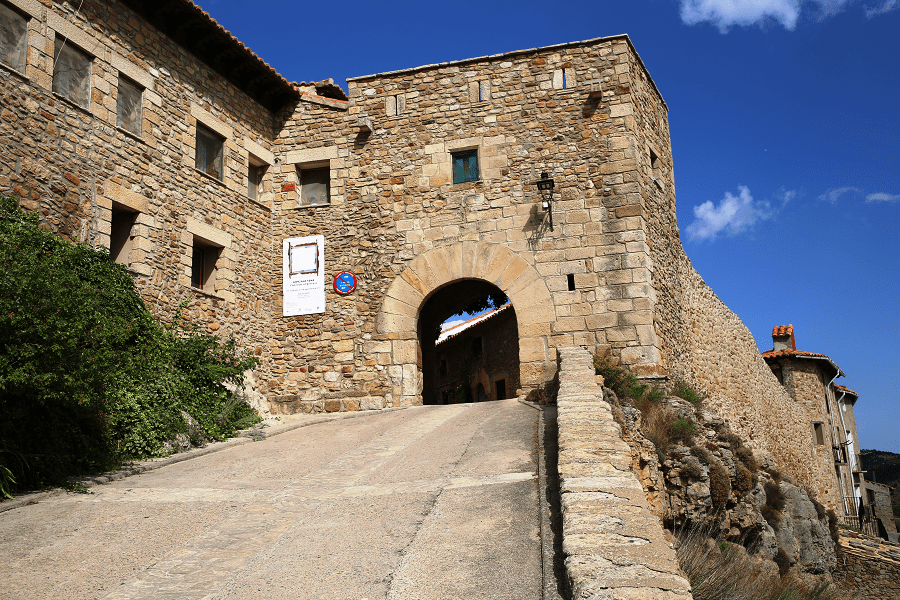 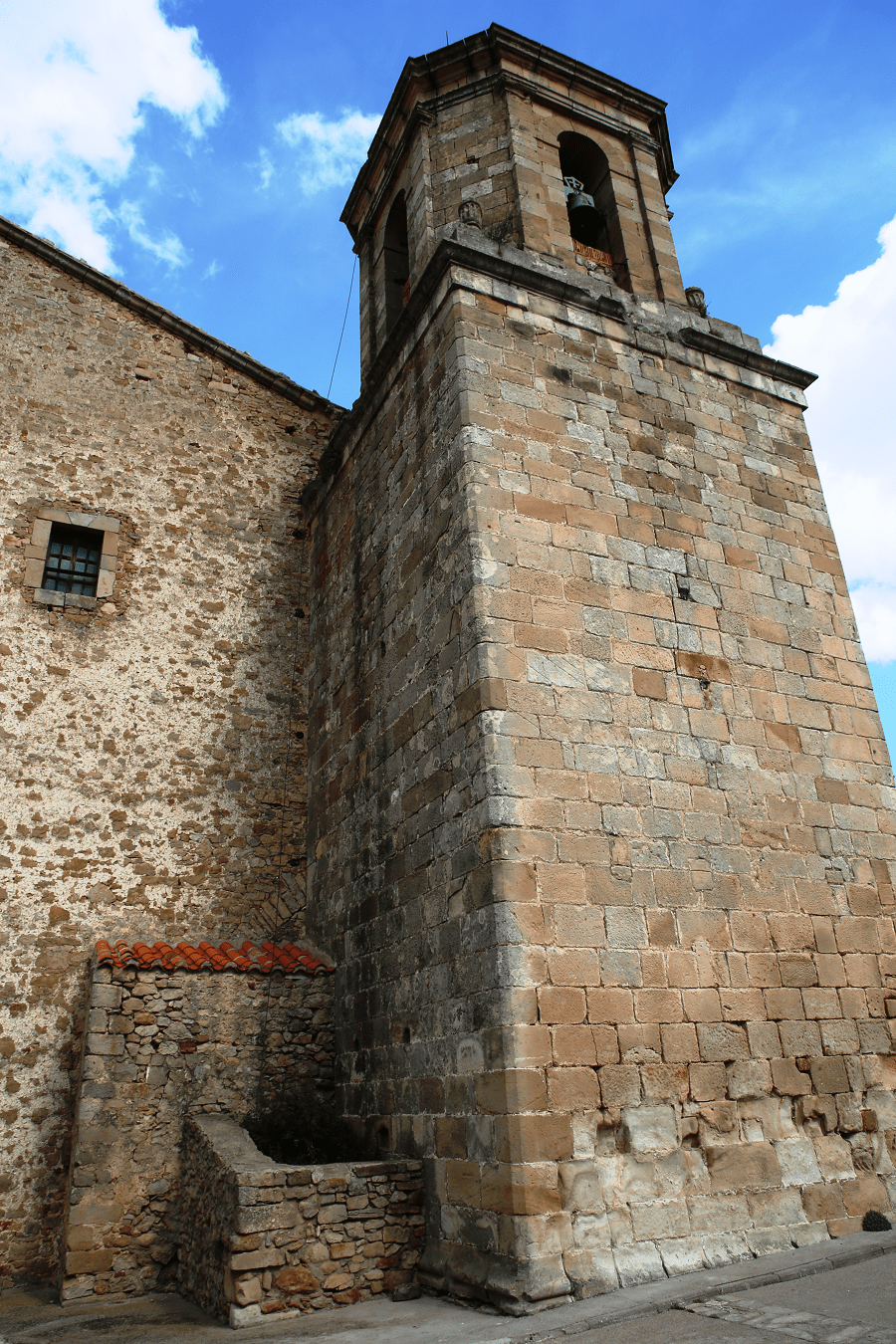 Puertomingalvo has a wide range of accommodation, offering the possibility of using hotels, campings or rural tourism homes. All this is completed with a small Interpretation Center dedicated to the Castles, located on the ground floor of the Casa de la Villa. 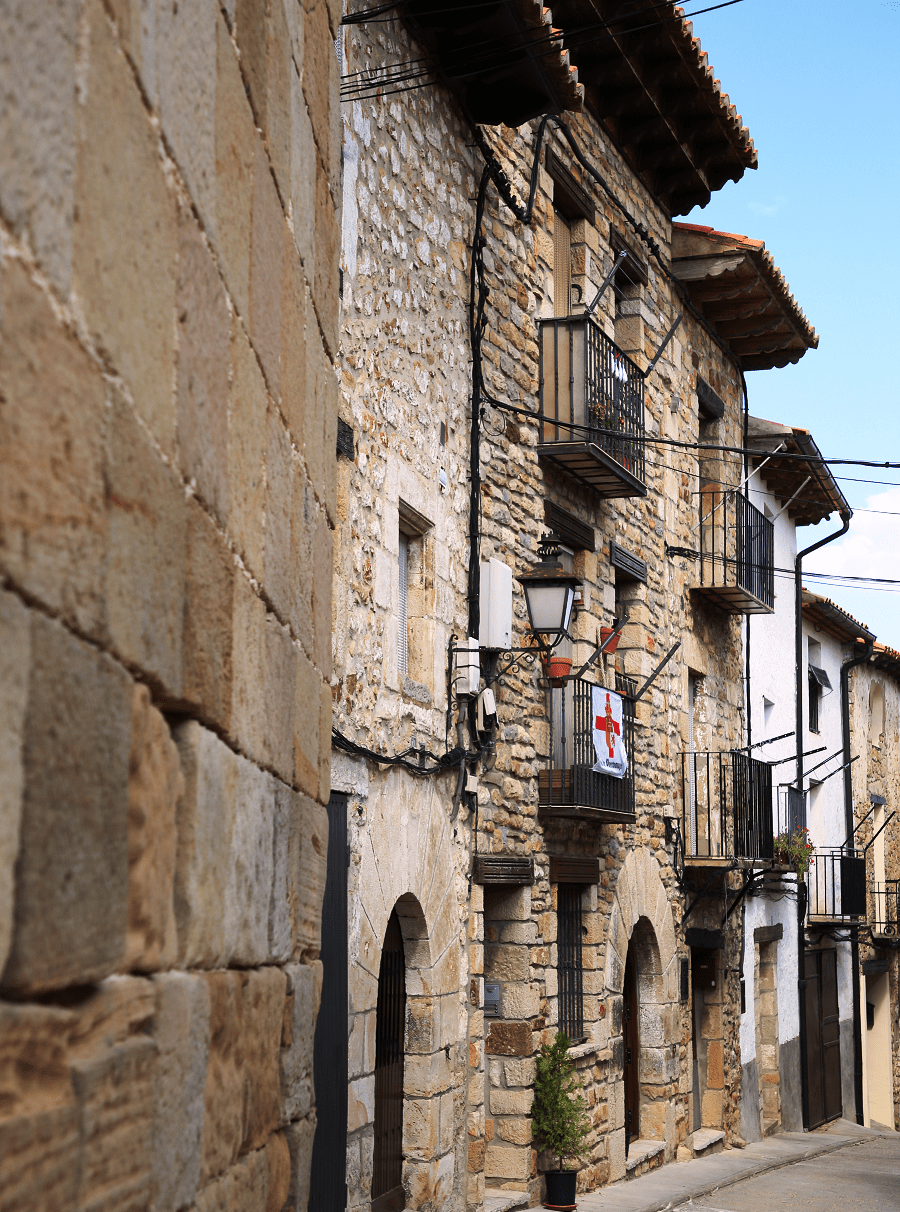 Festivities: On the Saturday closest to January 17, San Antonio is celebrated. The first Saturday of the month of May the Rogation to San Juan de Peñagolosa is celebrated. The patron saint festivities in honor of San Bernabé take place on June 11. From August 9 to 15, La Asunción is commemorated. 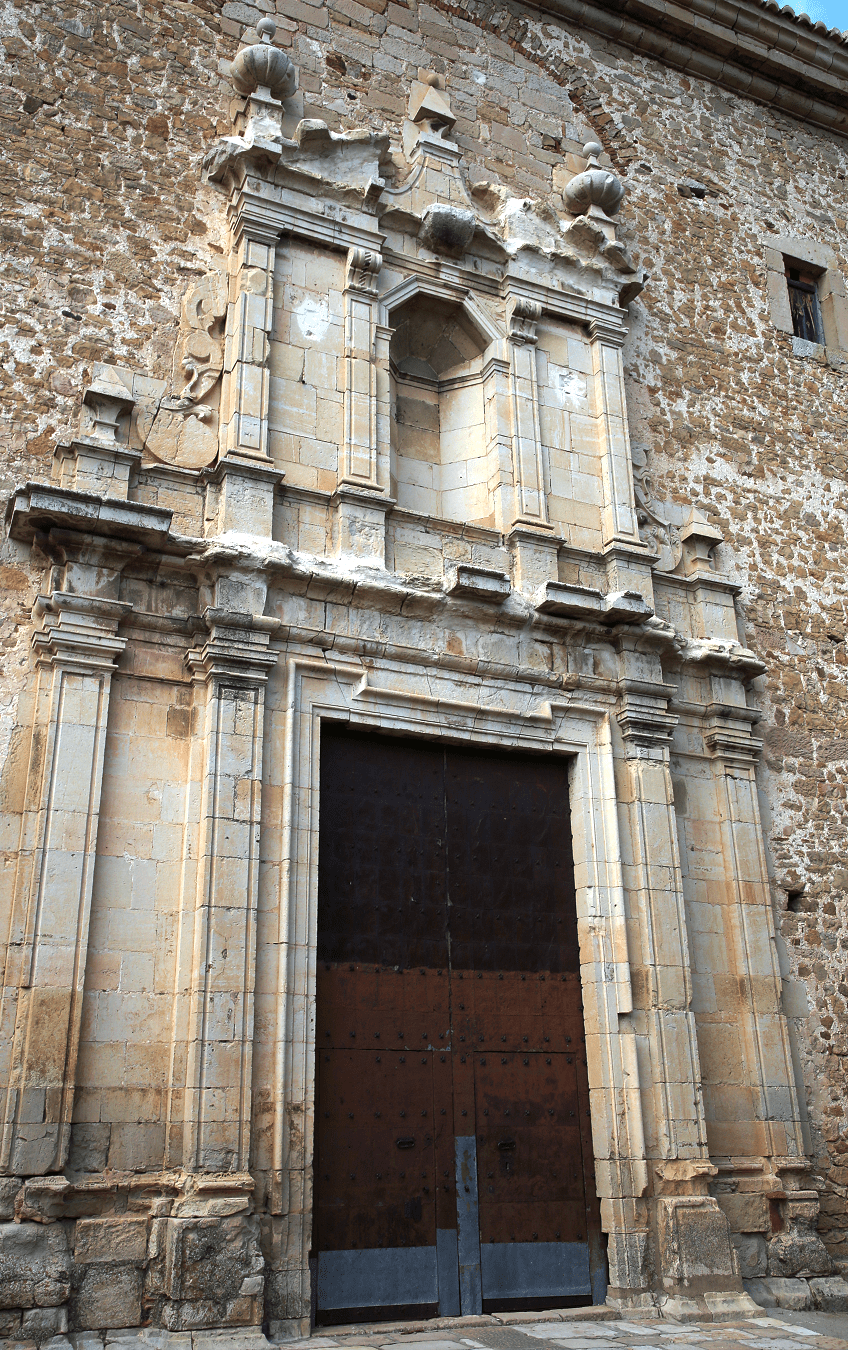 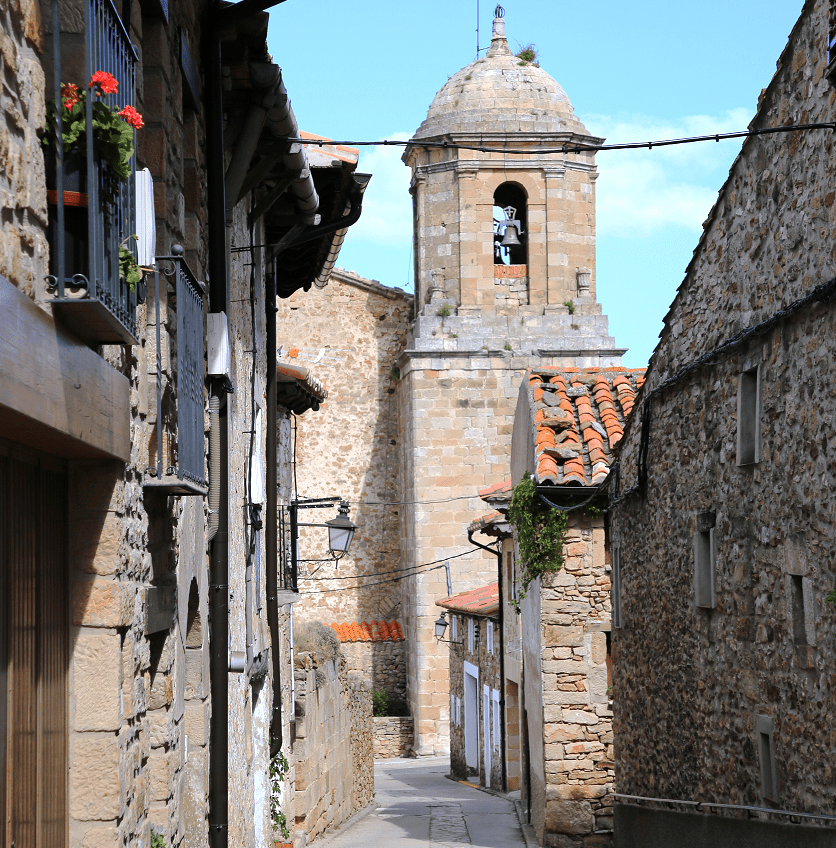 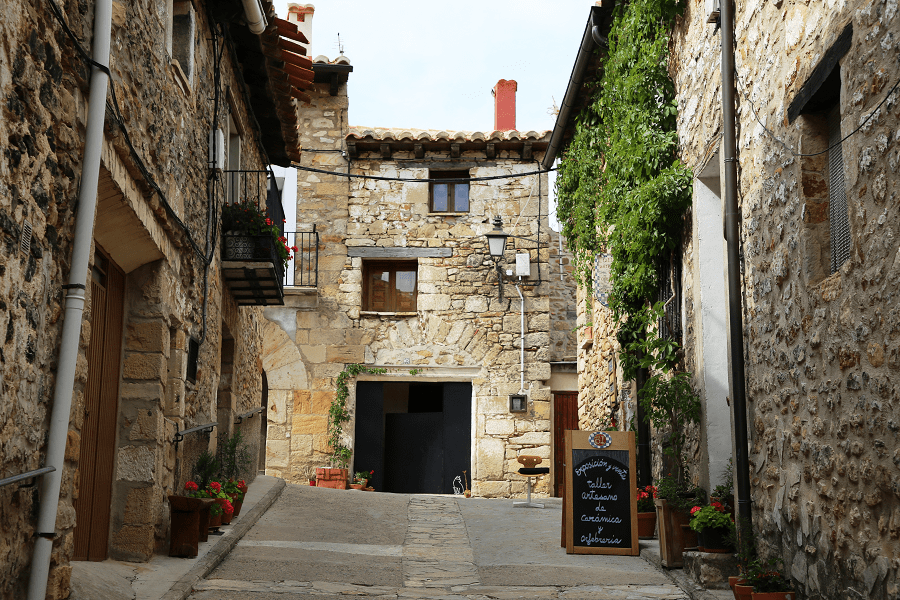