Getaria is a coastal town and a municipality located in the province of Gipuzkoa, in the autonomous community of Basque Country, in the north of Spain. Borders with Zarautz in the east. 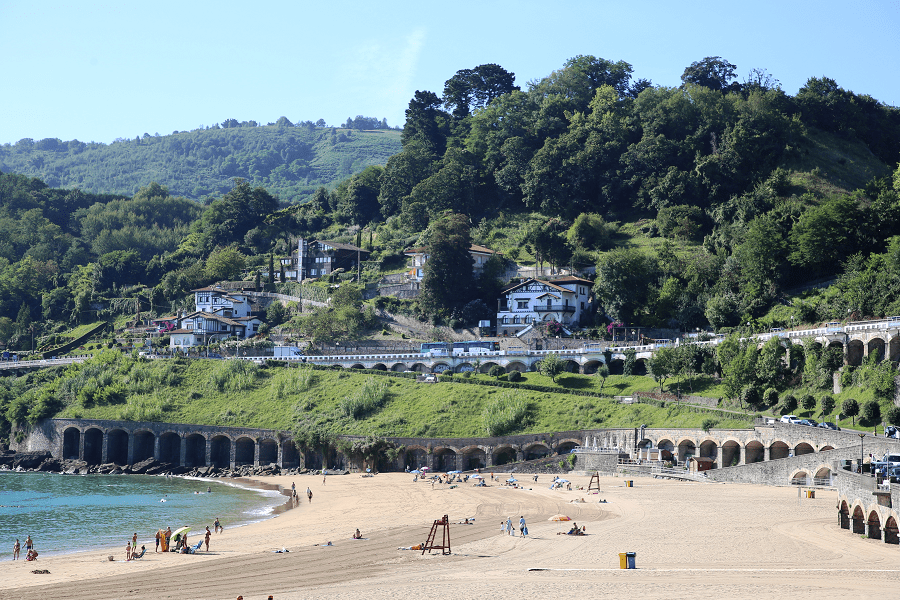 Guetaria stands out for the complex formed by its old town. The old town of Getaria is located between the Mount of San Antón and the port. 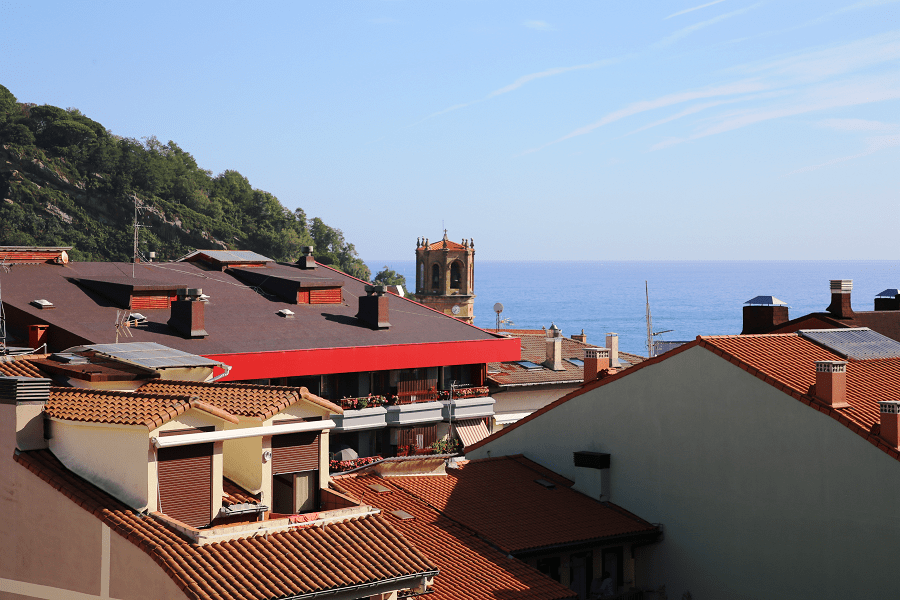 Among the monuments found in the old town, the Church of San Salvador and several stone tower-houses. Also worth noting is the typical character of its fishermen’s houses located on Calle Elcano, narrow houses with bright colors and wooden balconies. 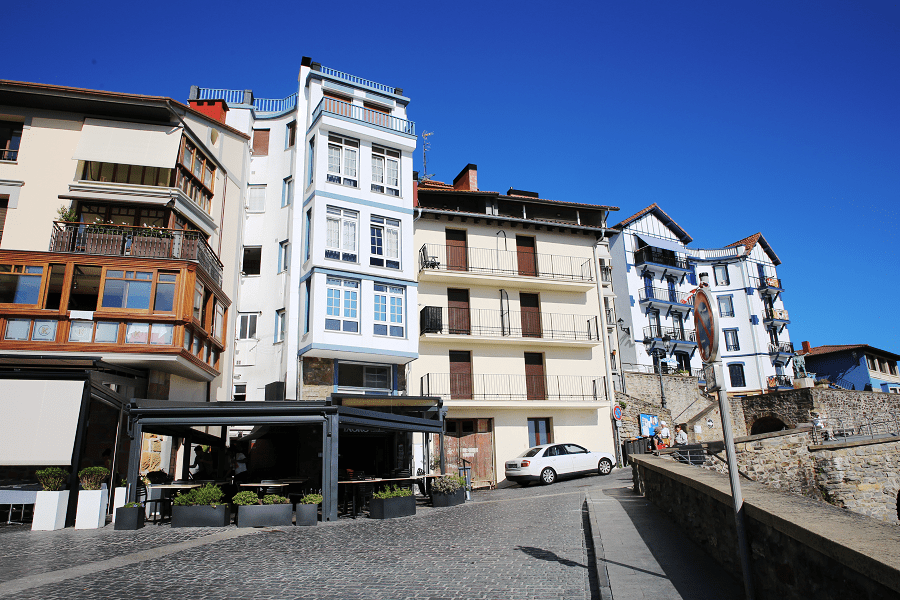 The church of San Salvador is a Gothic-style construction that has been declared a National Monument. It dates from at least the 14th century, although most of it was built between the 16th and 18th centuries and had to undergo numerous repairs during the 19th century due to the damage it suffered in the Carlist Wars. 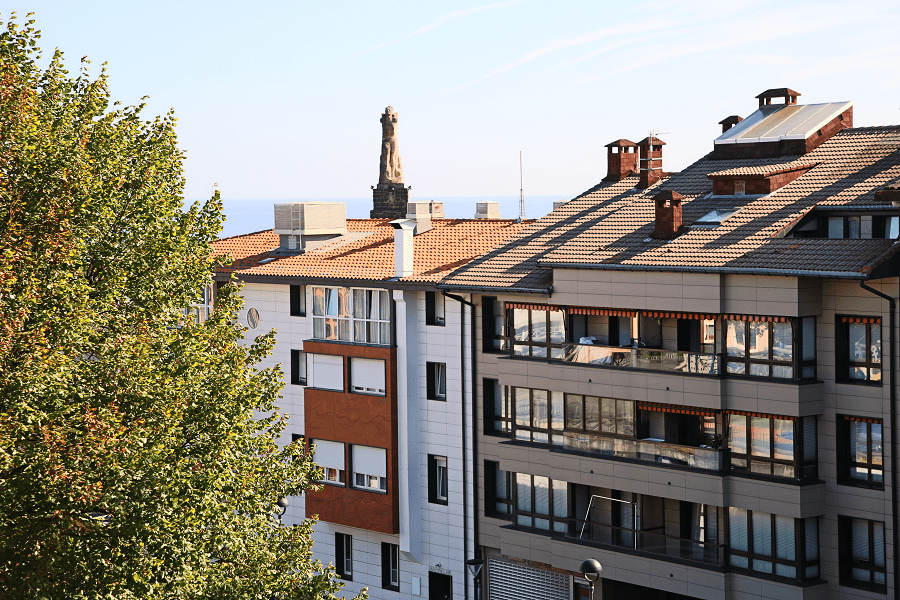 The first General Assemblies of Guipúzcoa were held in this church in 1397.

The temple consists of three naves, divided into three sections each. 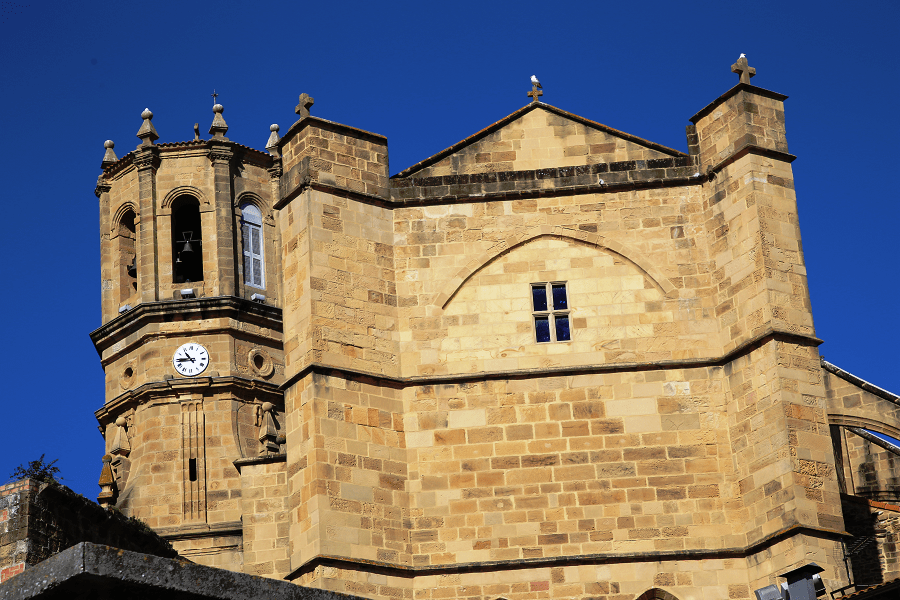 Asquizu Church is a church with a single nave covered with ribbed vaults. It is dedicated to Saint Martin.

Hermitage of San Prudencio (San Prudentzio Baseliza). Located in the neighborhood of the same name. Its Gothic façade stands out. 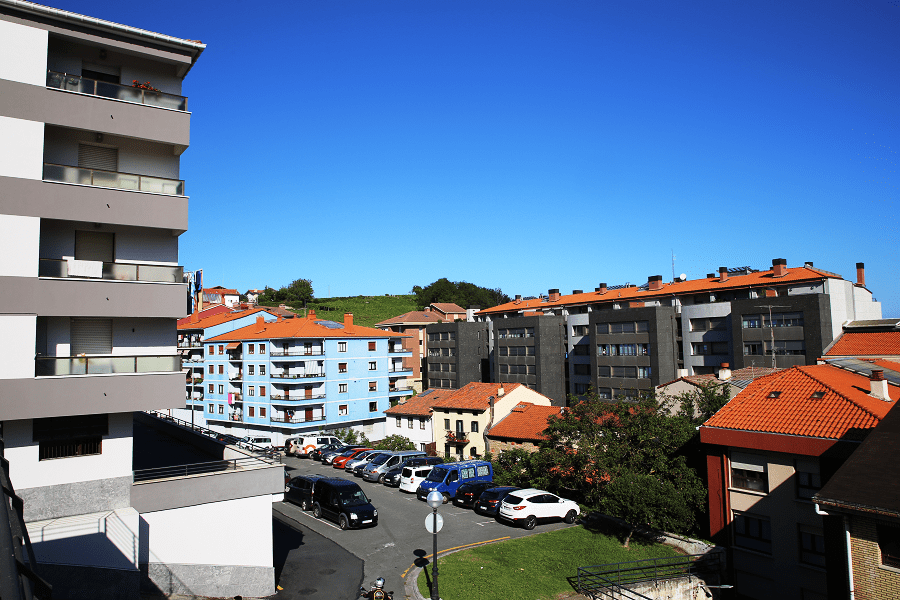 Chapel of Piety (Pietatearen Kapera). It is a fishermen’s chapel located in the Katrapona that passes under the church of San Salvador, going from the main street on the way to the port. It has an image of the Pietà dating from the 16th century. Barroeta Aldamar and his wife are buried in this chapel. 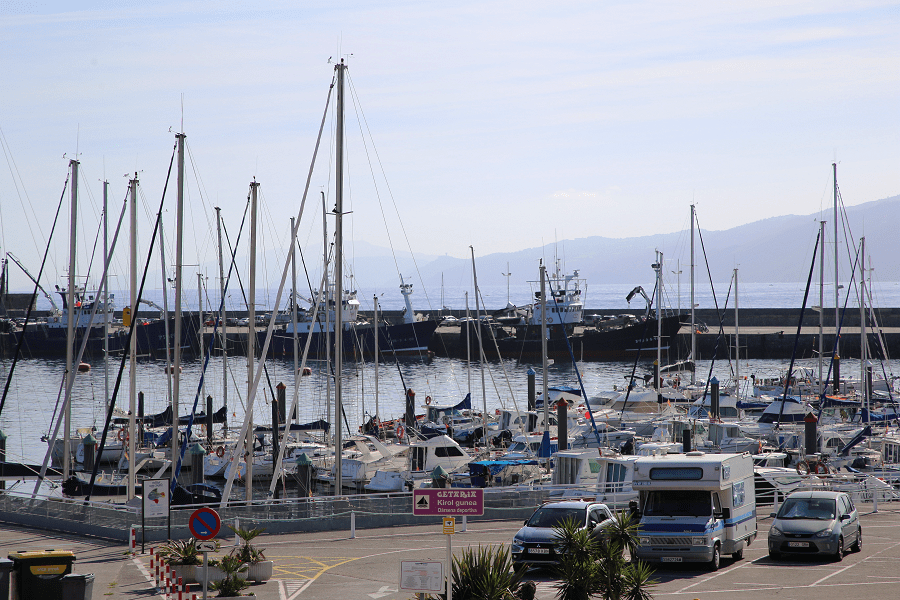 Hermitage of San Blas or San Andrés (San Blas edo San Andrés Baseliza). It is a modest shrine with an image of Saint Andrew holding the cross. The locals who live in the surrounding hamlets usually go in procession to the hermitage on the day of San Blas. 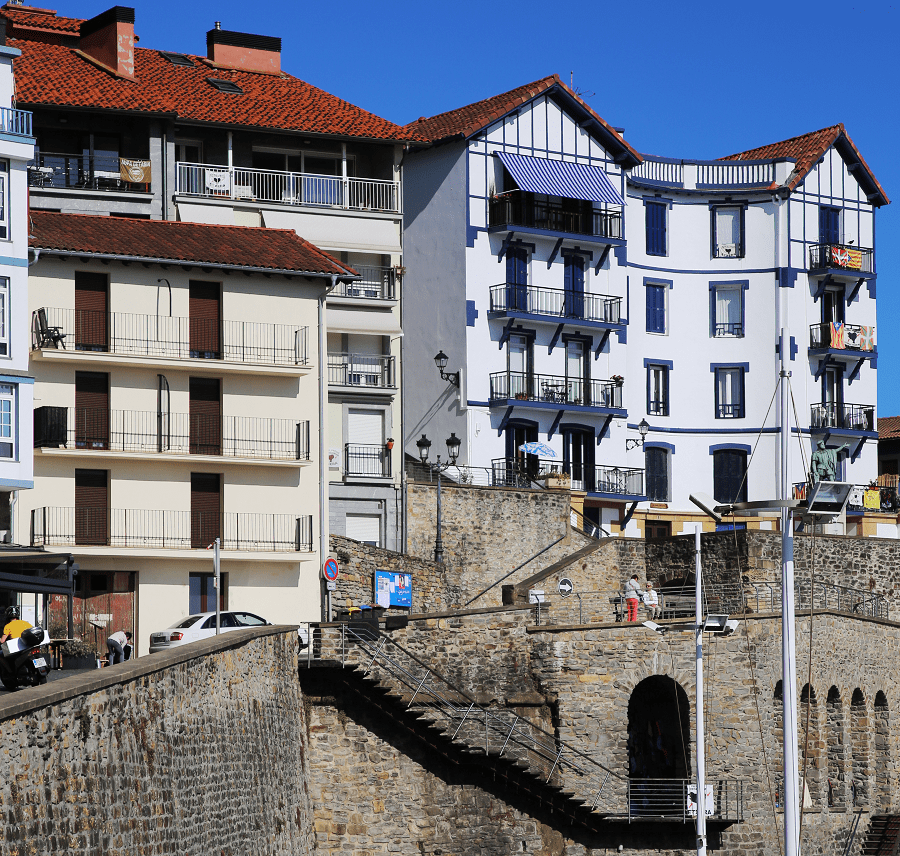 Balenciaga Museum. Inaugurated in 2011, this museum houses the work of the great master of 20th-century haute couture Cristóbal Balenciaga, born in Getaria in 1895. Modern building, attached to the Aldamar Palace, summer residence of the Marquises of Casa, houses in its interior dresses that marked an era, such as the wedding dress of Fabiola de Mora y Aragón, queen of Belgium. 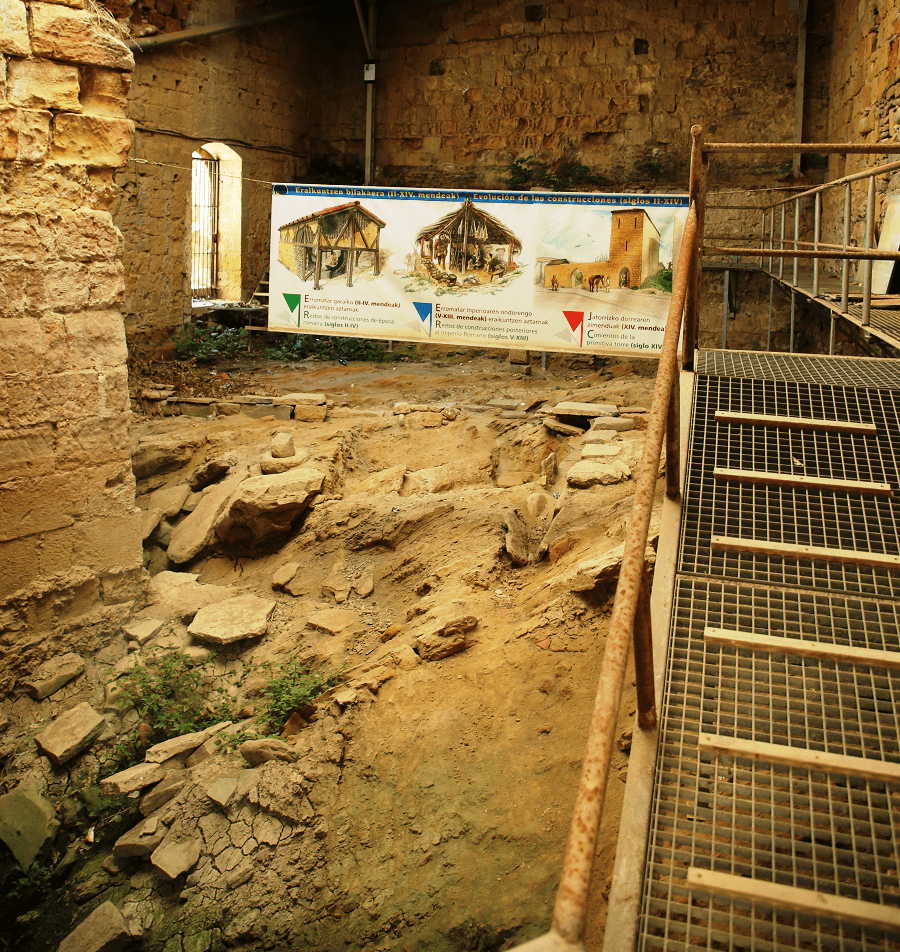 Monument to Juan Sebastian Elcano. It was built between 1922 and 1924 on the occasion of the IV centenary of Elcano’s return after his travel around the world. It is a project by the architects Azpiroz and Aguirre. Located at the entrance to the town, it is an architectural complex in the form of a mausoleum formed by a rectangular body with the appearance of a truncated pyramid. A statue in the shape of a ship’s figurehead by the sculptor Victorio Macho dominates the complex. Various friezes and inscriptions complete the set that includes a tomb with the names of all the men who completed the journey with Elcano. 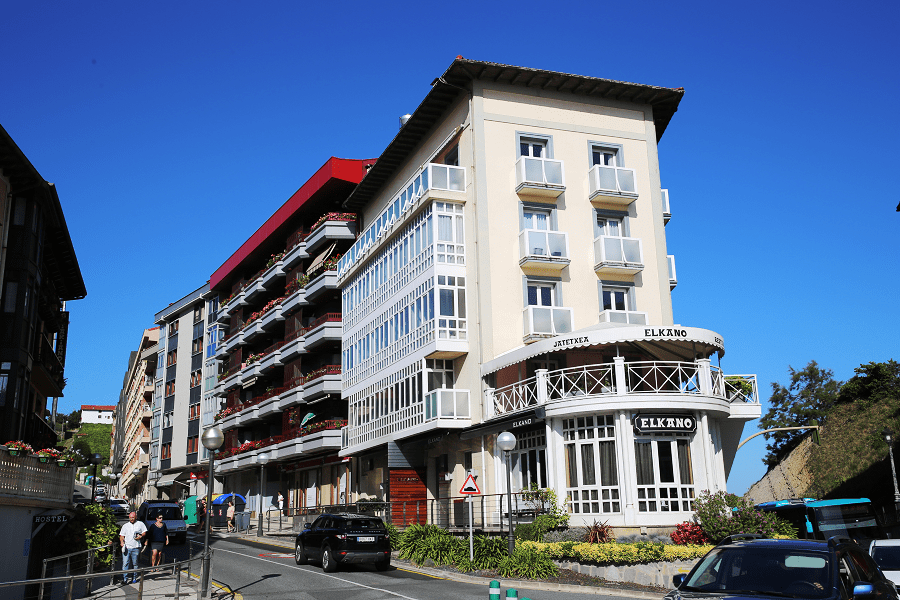 Juan Sebastián Elcano (1486/1487 – 4 August 1526) was a Castilian navigator of Basque origin best known for having completed the first circumnavigation of the Earth in the ship Victoria on the Magellan expedition to the Spice Islands. He received recognition for his achievement by the emperor Charles V with the coat of arms reading “primus circumdedisti me”. 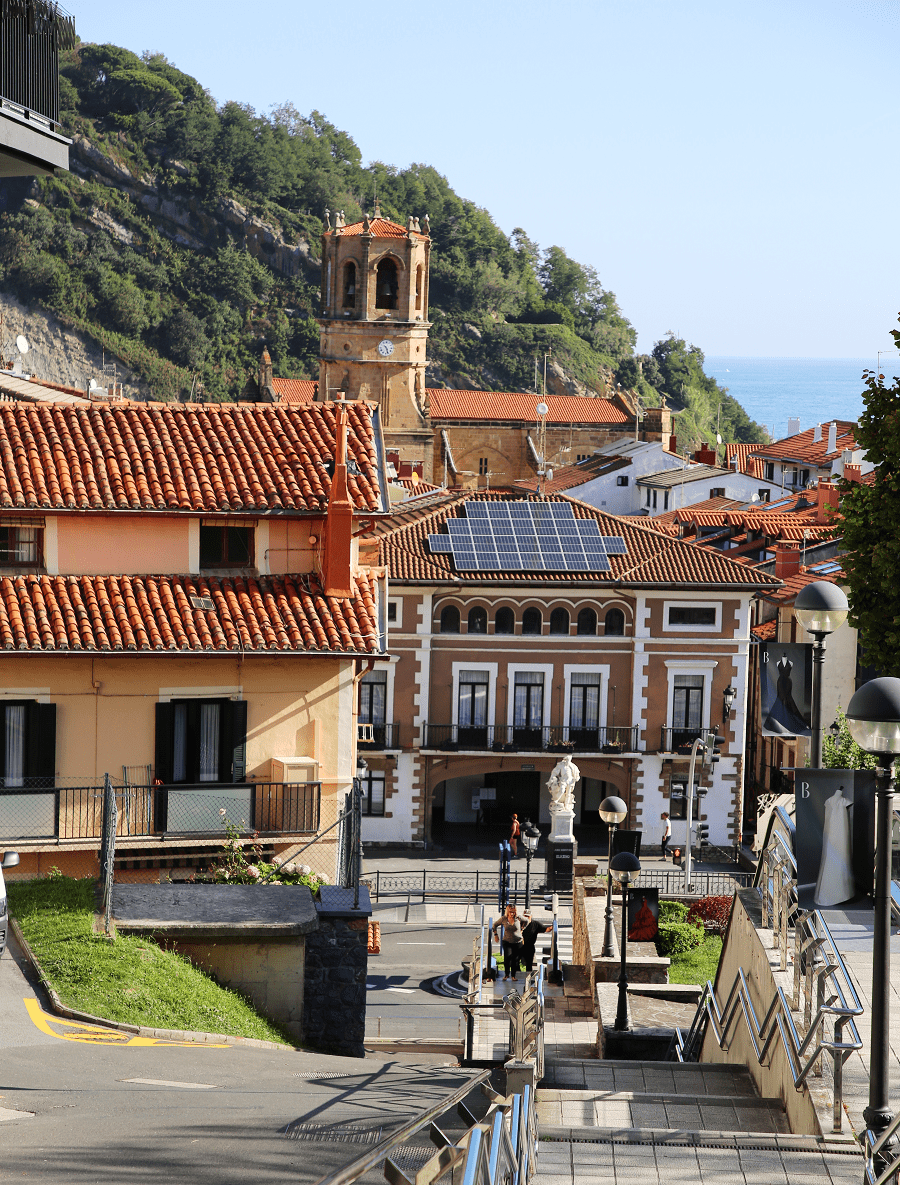 Following his success, the emperor entrusted him with another large expedition to the Spice Islands headed by a nobleman, García Jofre de Loaisa, which could not complete its goal. Elcano died on the Pacific Ocean during this venture. 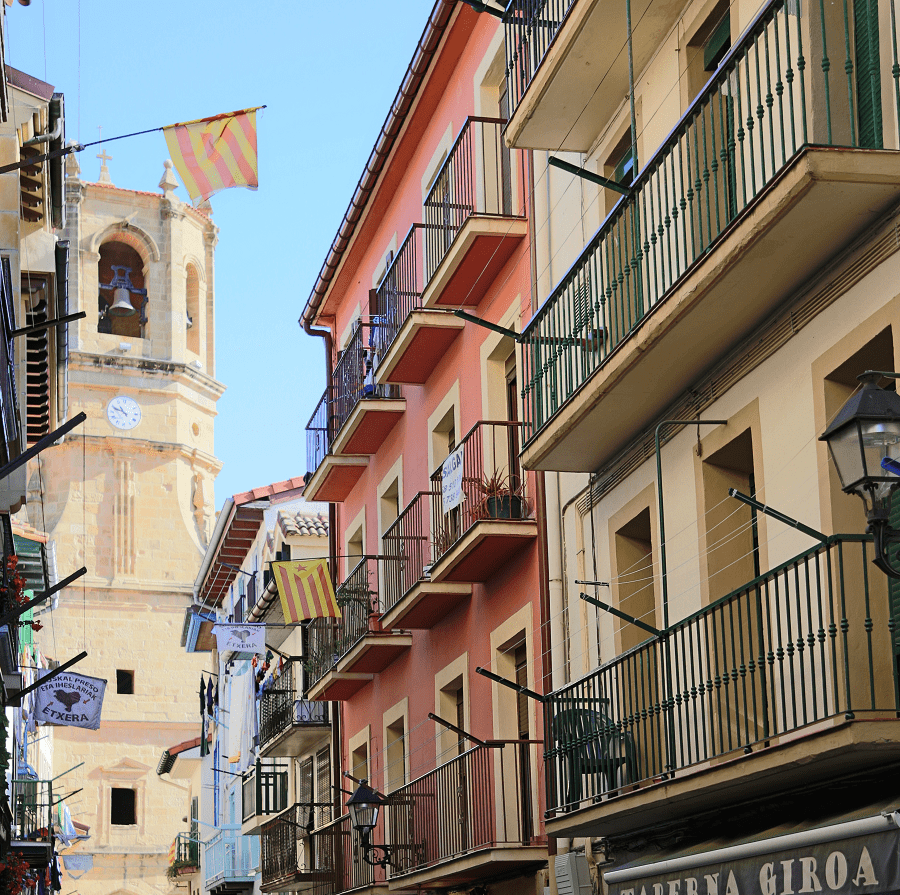 Statue of Juan Sebastián Elcano (in Plaza Elcano). Bronze work by the Aragonese sculptor Antonio Palao dating from 1861. For a certain time it was located in San Sebastián, although it returned to Guetaria in 1978.

There are two beaches in Getaria. The main one is that of Malkorbe. It has the advantage of being well sheltered. The second one is to the west and is mainly frequented by surfers. 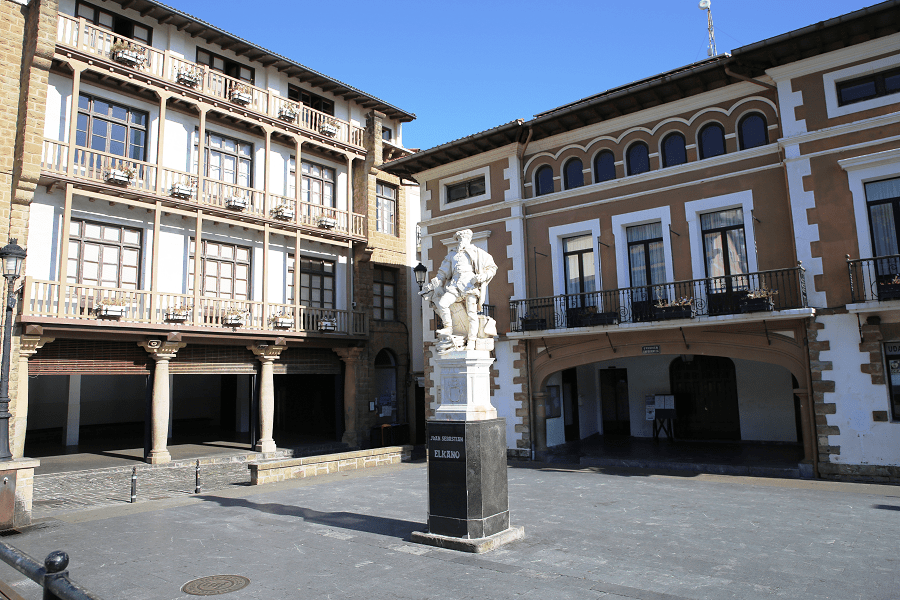 Getaria is also famous for its restaurants serving grilled fish and a white wine with a protected designation of origin which is cultivated in the surroundings of this coastal town and takes the name of Getariako Txakolina. 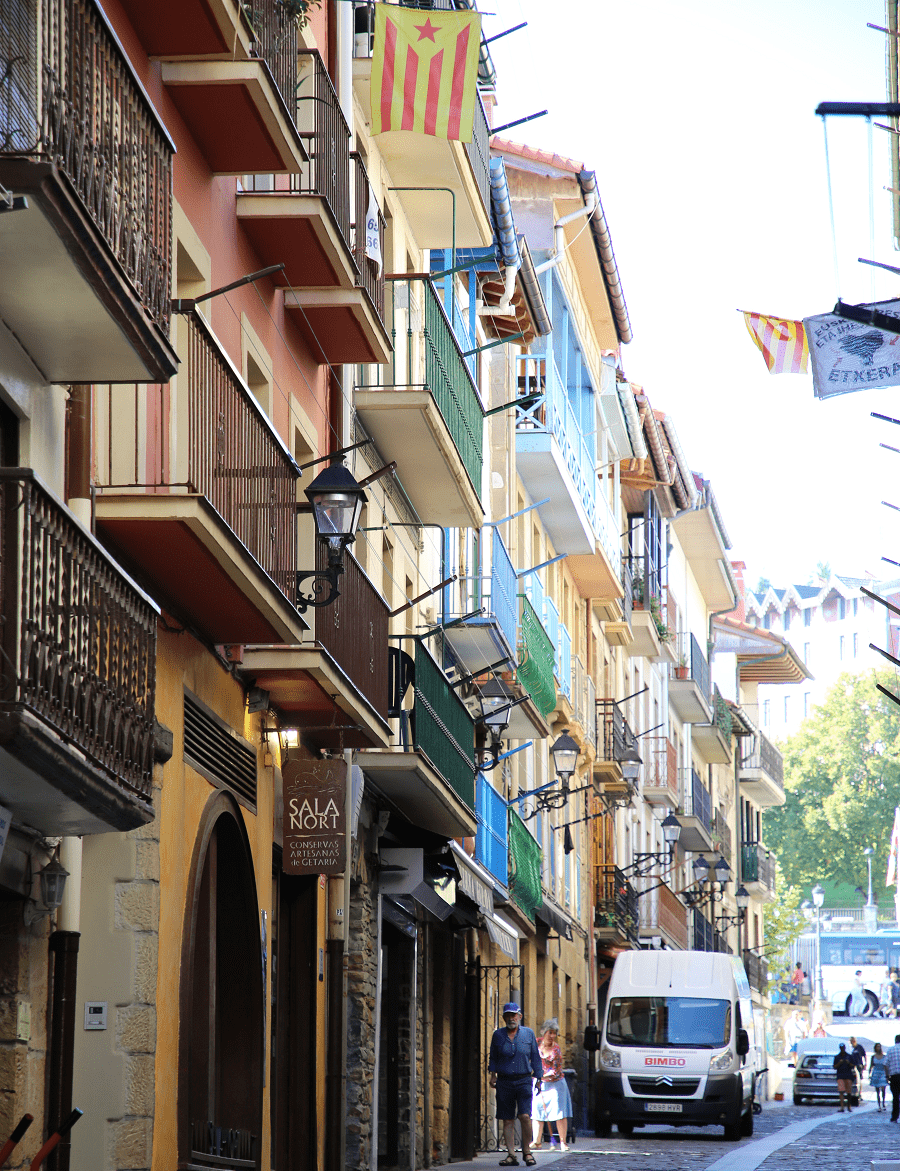 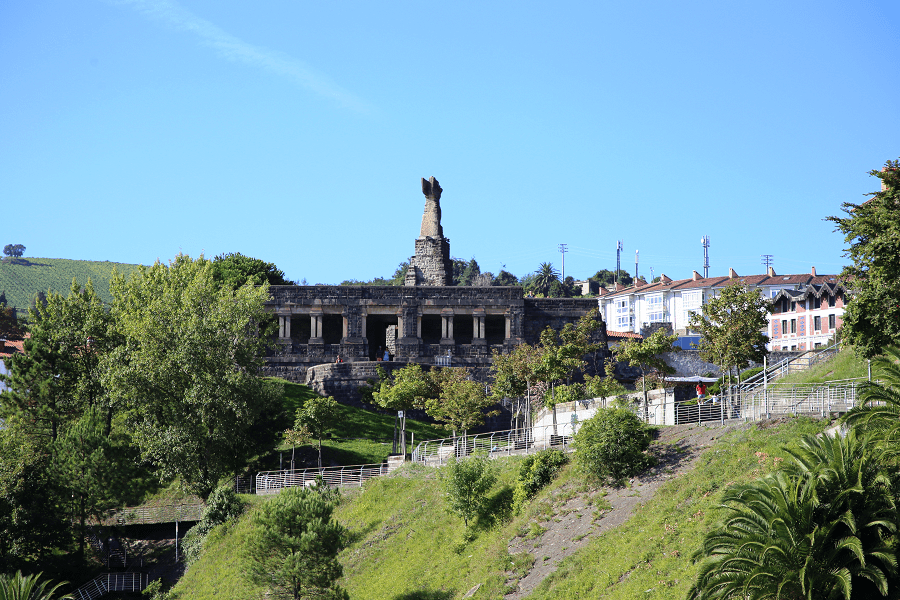 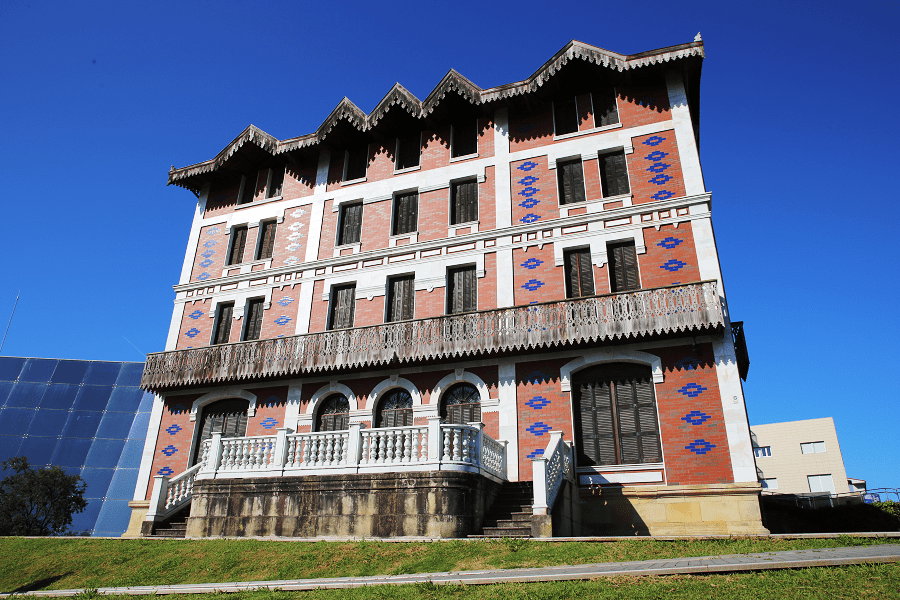