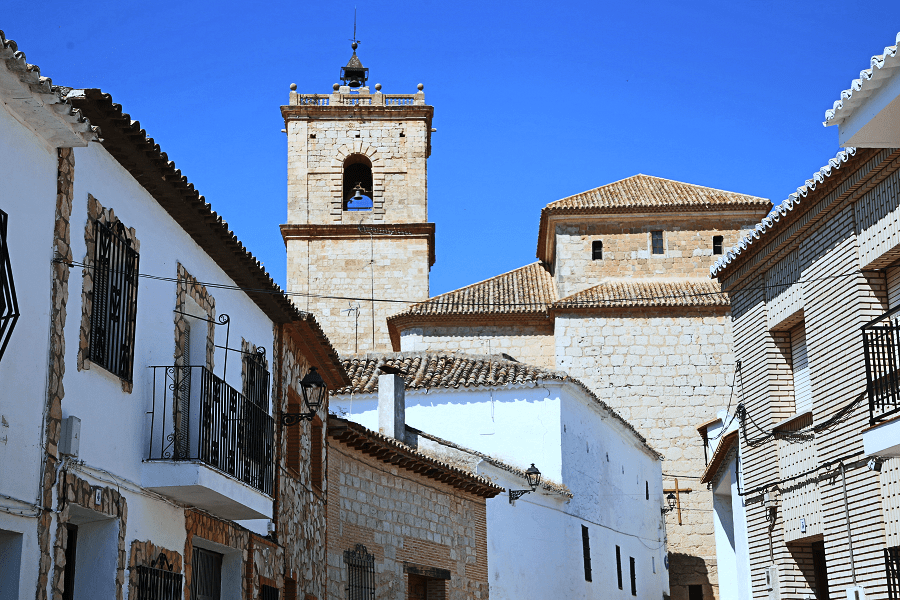 El Toboso is a municipality in the province of Toledo, in the autonomous community of Castilla-La Mancha (Spain).

Its urban configuration is the characteristic of this region, with its masonry and mud-brick buildings and its well-whitewashed walls. The houses, with wooden corridors and columns, have patios with a square or rectangular flat plan and the floor is almost always made of pebbles. 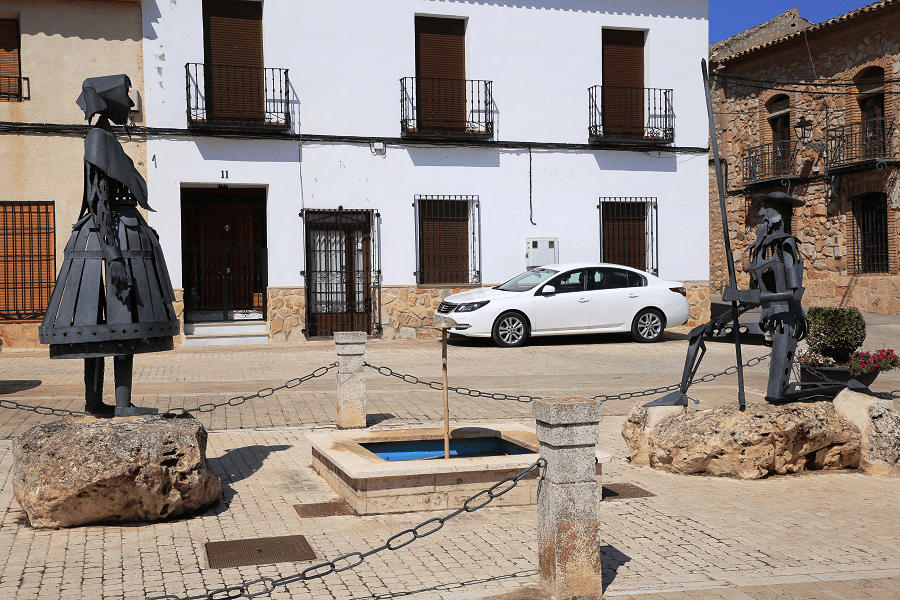 It is also the homeland of Dulcinea, a character from Don Quixote de la Mancha, the love of the illustrious knight of La Mancha.

The city is a part of the Don Quixote Route.

When the town of El Toboso was founded in 1278, immediately the Order of Knighthood of Santiago de la Espada erected an old religious building, of which some vestiges are still preserved. This building served as the first church on which the original parish of El Toboso was erected under the invocation of Nuestra Señora de las Angustias. 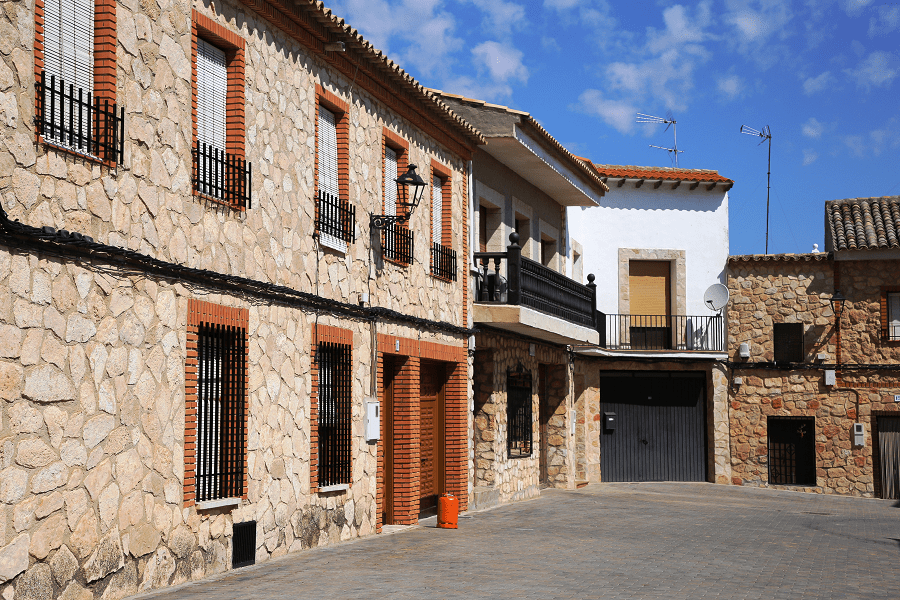 Nothing is known about their trajectory throughout the 14th and 15th centuries, but everything suggests that the people of Santiago conscientiously carried out arduous pastoral and religious work. There is news of the decision to decompose this old church to build the current parish church from 1511. In addition, with the elevation of the new temple, the parish was entrusted to the dedication and ownership of San Antonio Abad. 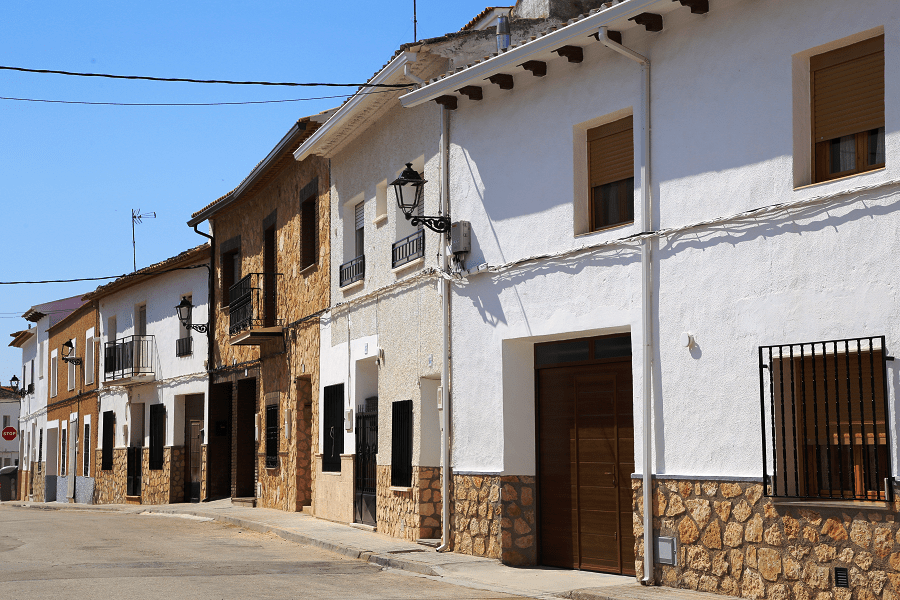 Monastery of the Immaculate and Saint Joseph. Contemplative Trinitarians

In 1660 Alejo Martínez Nieva y Morales founded this monastery, pledging the entire estate and funds from it so that Religious Poor Clares could come to inhabit it. After his death in 1662, Juan de Morales Martínez, a knight from Santiago and nephew of the founder, remained as the patron of the monastery with the obligation to finish the works begun by his uncle and obtained, on February 10, 1663, ecclesiastical license for this foundation of the convent of Santa Clara by the Prior of Uclés. 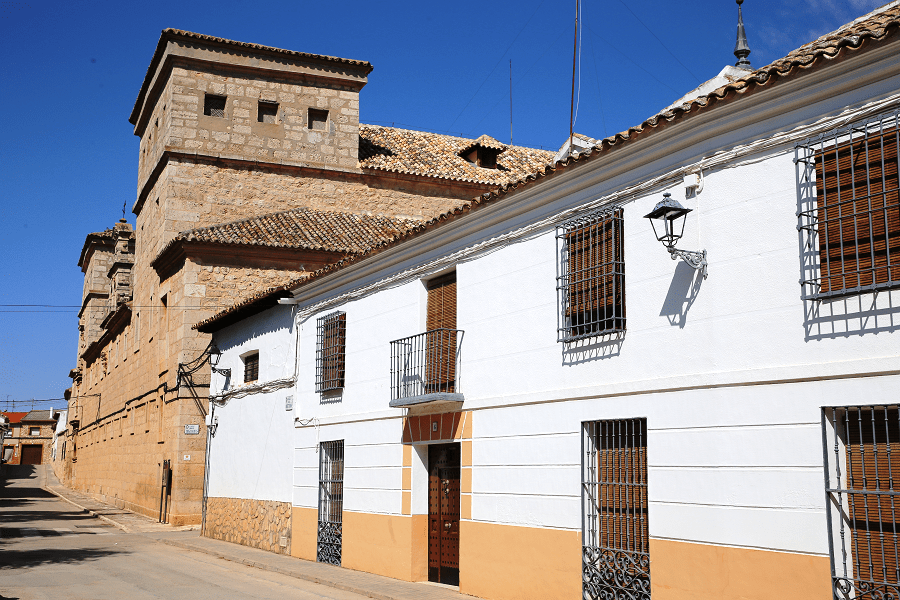 The origins of the current convent date back to 1515, when in El Toboso, next to the hermitage of San Benito, there was a house of pious women as a hermitage, which later, in 1546, would be converted and founded as Franciscan monastery by Antón Martínez, a natural clergyman of the town. In the Relations of Felipe II, from the year 1575, this place is already mentioned as a monastery of blessed women, subject to the Order of San Francisco, called La Sentencia and dedicated to the Conception of Our Lady. 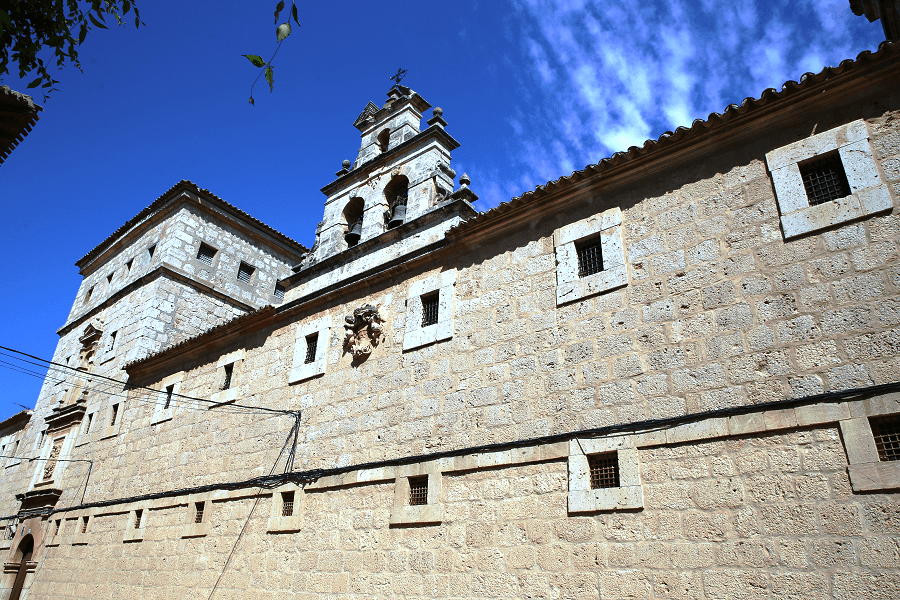 Covers of the primitive parish – Church of the Third Order

The old parish dedicated to the Virgen de las Angustias, of which only its old portal is preserved, was a small stone church made of solid stones and lime as corresponds to the defensive time of the 13th century, as described in the book of visits to El Toboso, in the year 1511. Later, this small church was dismantled to build the current parish temple. 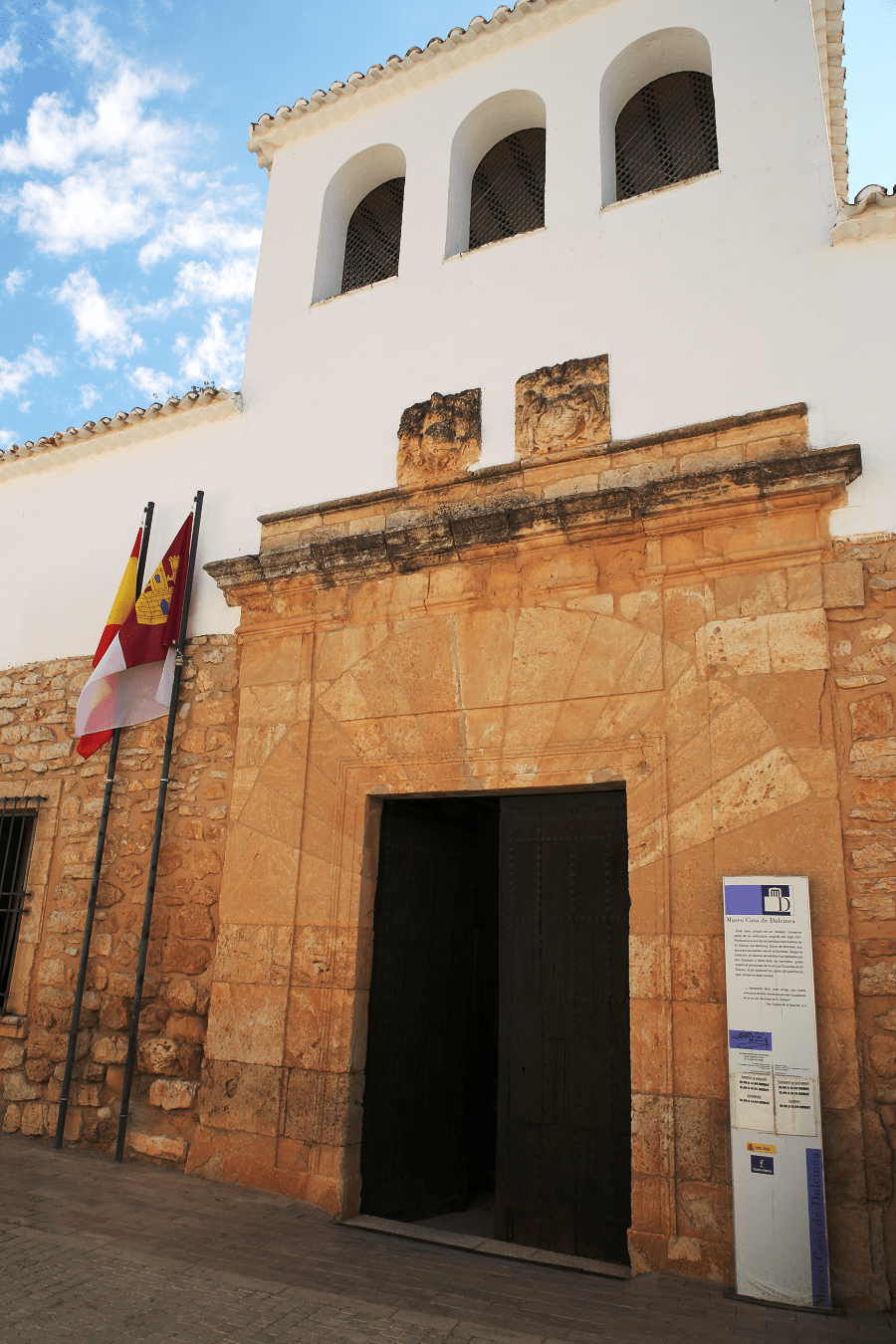 In what is now the Centro Cervantino, another church was built, called the Third Order, which was attached to interior patios or corralas. Only the cover is preserved, from the 17th century.

Both correspond to the last third of the 16th century. The second, also known as “House of Dogs” in reference to the two dogs that appear on the coat of arms of the door, belonged to the Order of San Juan who tried to establish their bases in El Toboso. And that of Santiago was the old House of Tercia or the Pósito in the first years of the founding of the town. 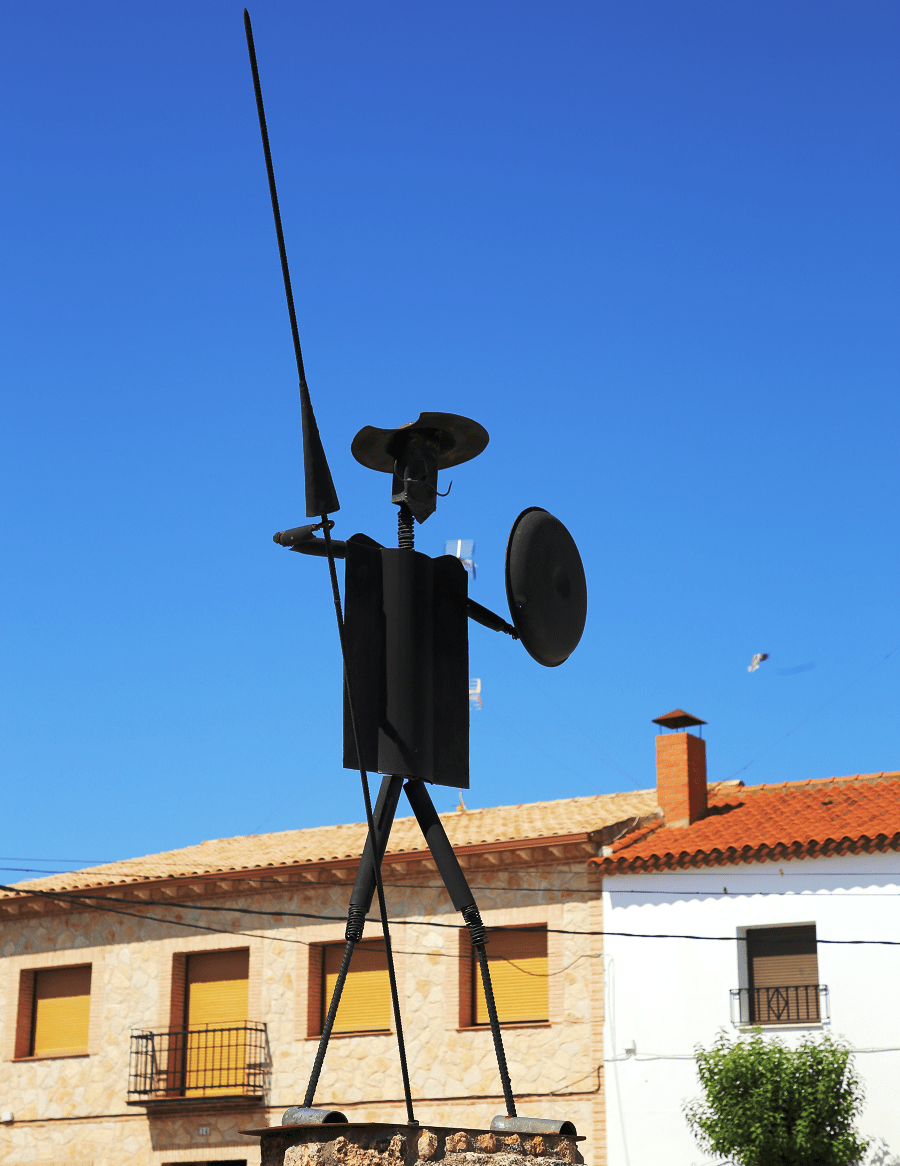 Here you can see a valuable collection of editions of Don Quixote in various languages, all of them gift from different intellectuals or from the world of politics, which are dedicated in handwriting to the town of El Toboso. As a curiosity you can see an edition given and dedicated by Hitler and another by the Argentine president Juan Domingo Perón. Other curious editions are the first to be published in Basque, in Celtic characters (from Ireland) and a manuscript adorned with illustrations.

It is a private collection located in a recently built house in the style of the 16th century, both owned by Mr. José L. Martín Mena. They are humorous illustrations on the theme of Don Quixote whose authors are almost all famous and recognized comedians. 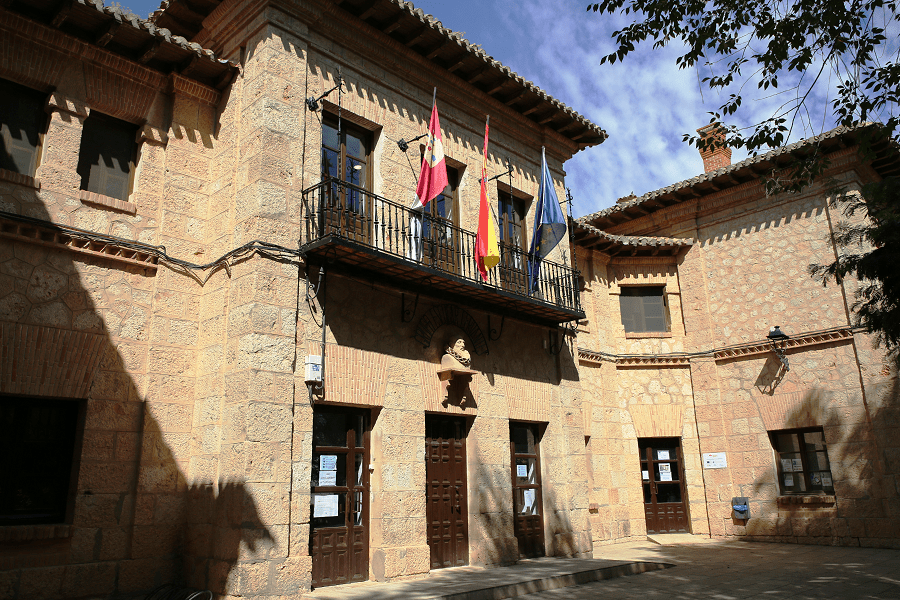 In the place there was the house of Doña Ana Martínez Zarco de Morales, the Dulcinea de Cervantes. It was rebuilt during the 1960s, achieving a good reproduction of the 16th century manchego house that it must have been. It has work units, a dovecote (which is visited from the inside and which is active) and a back garden, plus the usual units of a house. It has been furnished with items of that time.

The construction of wells, cisterns and drinking troughs in the 16th century was of vital importance, since this geographical area has little rainfall during the year. These were built both inside and outside the town, and served for both human and animal supply.

The curbs of the wells are of great beauty and quality of carving; they can have different shapes. Wells used to have a name, depending on where they were located. 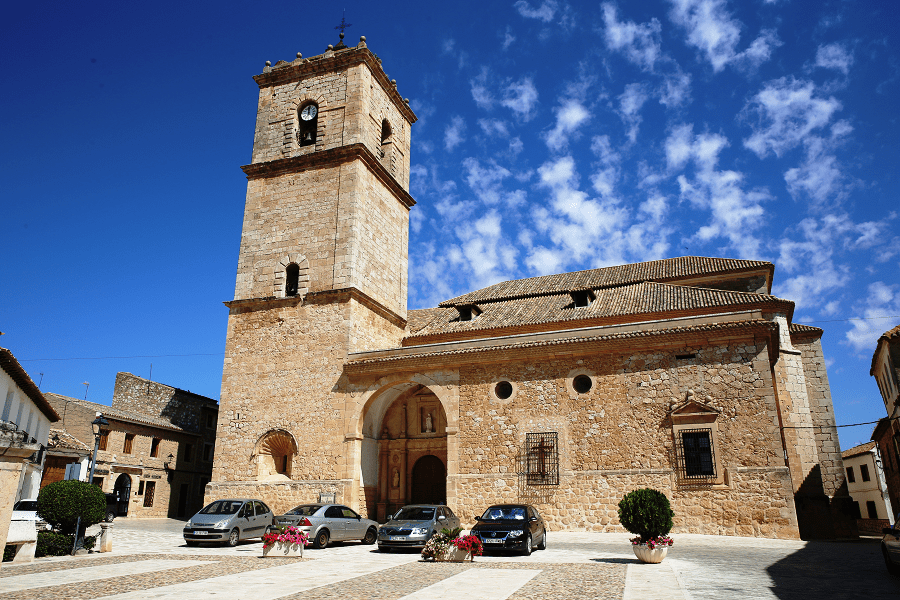