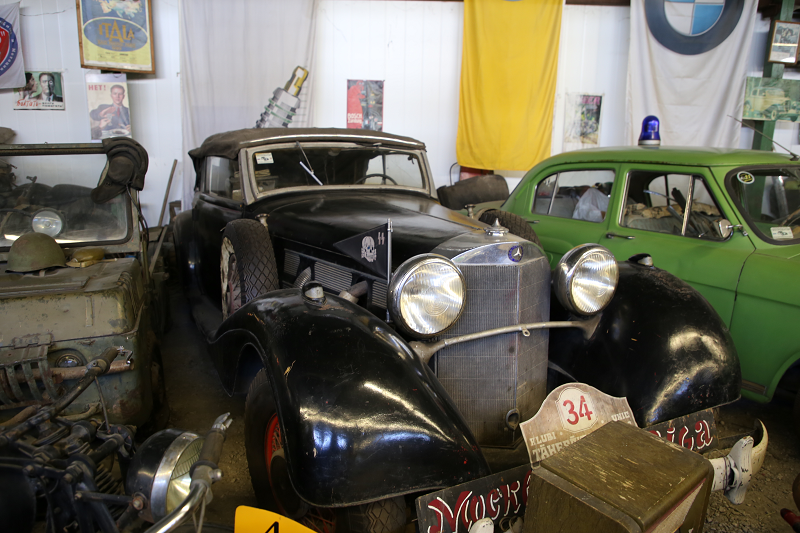 Cars of the Third Reich: this Mercedes-540 K model had been serving the German propaganda minister Joseph Goebbels from 1935 to 1938. The only Mercedes in the garages of Reich Chancellery of a cherry color (original). Since 1938 on this car Goebbels has been followed by his guard. After the war, the car served Nikolai Karatam (First Secretary of the Estonian Central Committee of the CPSU). Also the car took part in the movie “Chicherin” and “Variant Omega” TV series.