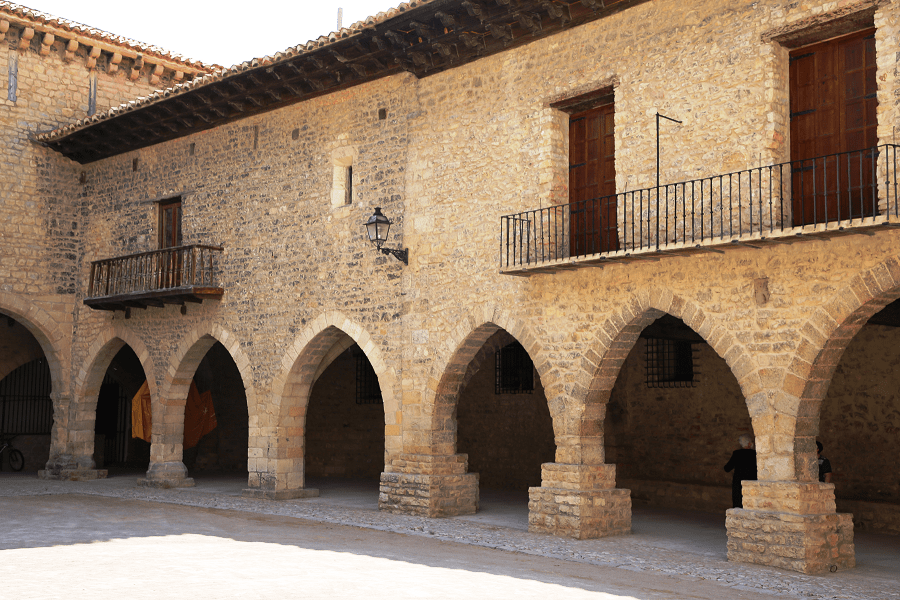 Cantavieja is a municipality and town in the province of Teruel, in the autonomous community of Aragon, Spain. 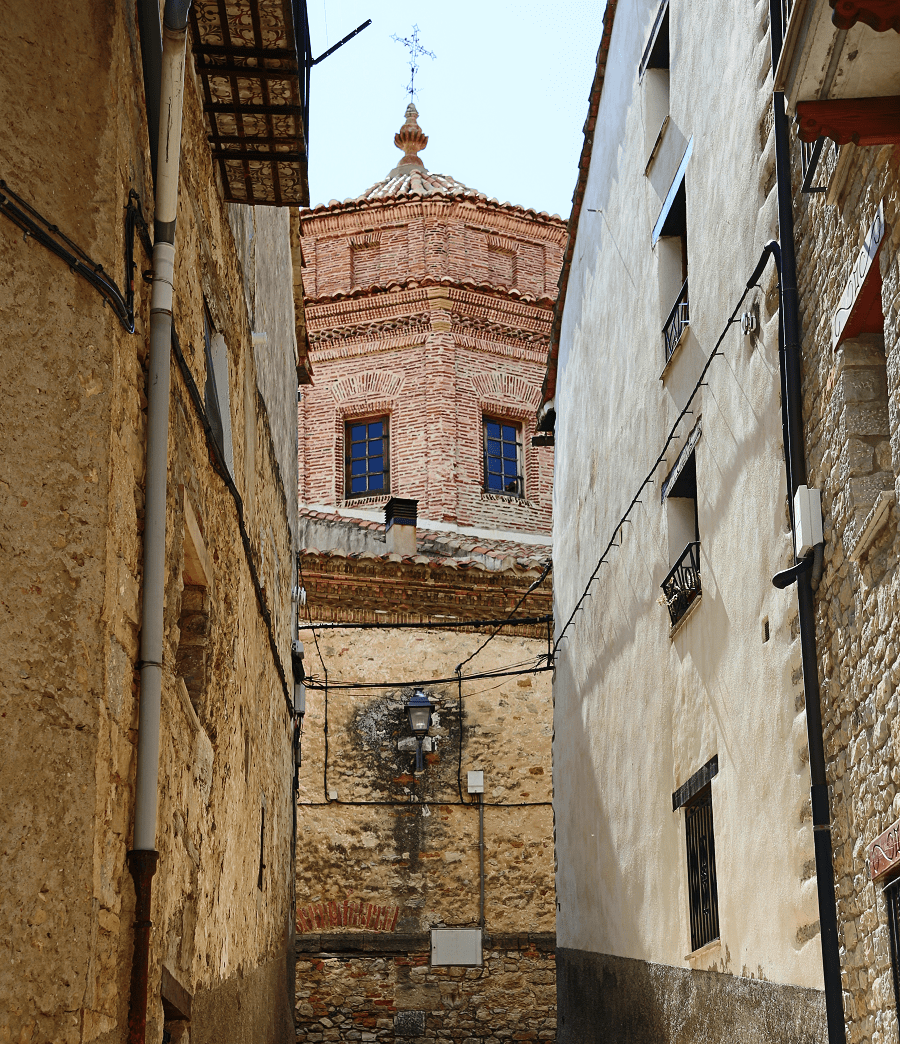 The old town of Cantavieja has a medieval structure and has been declared a historical-artistic site since 1981.

The arcaded square, dedicated to Christ the King, stands out, where the church and City Hall buildings stand. 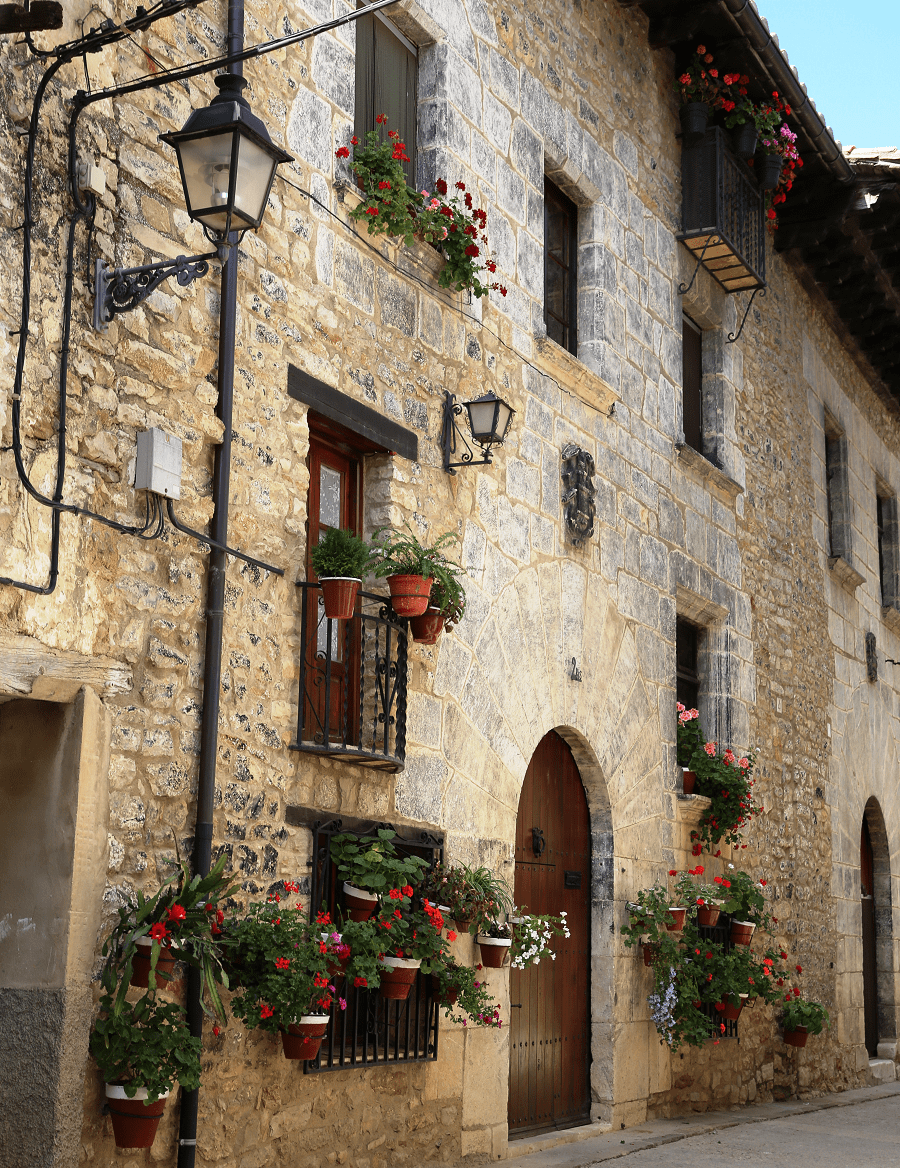 The Parish Church of the Assumption of Our Lady is a large baroque temple built in masonry. It has three naves, the central one being covered with a half-barrel vault with lunettes. The tower is at the foot and has two upper octagonal bodies with a pyramidal finish; in the lower sections, the passage of the street under the tower stands out. 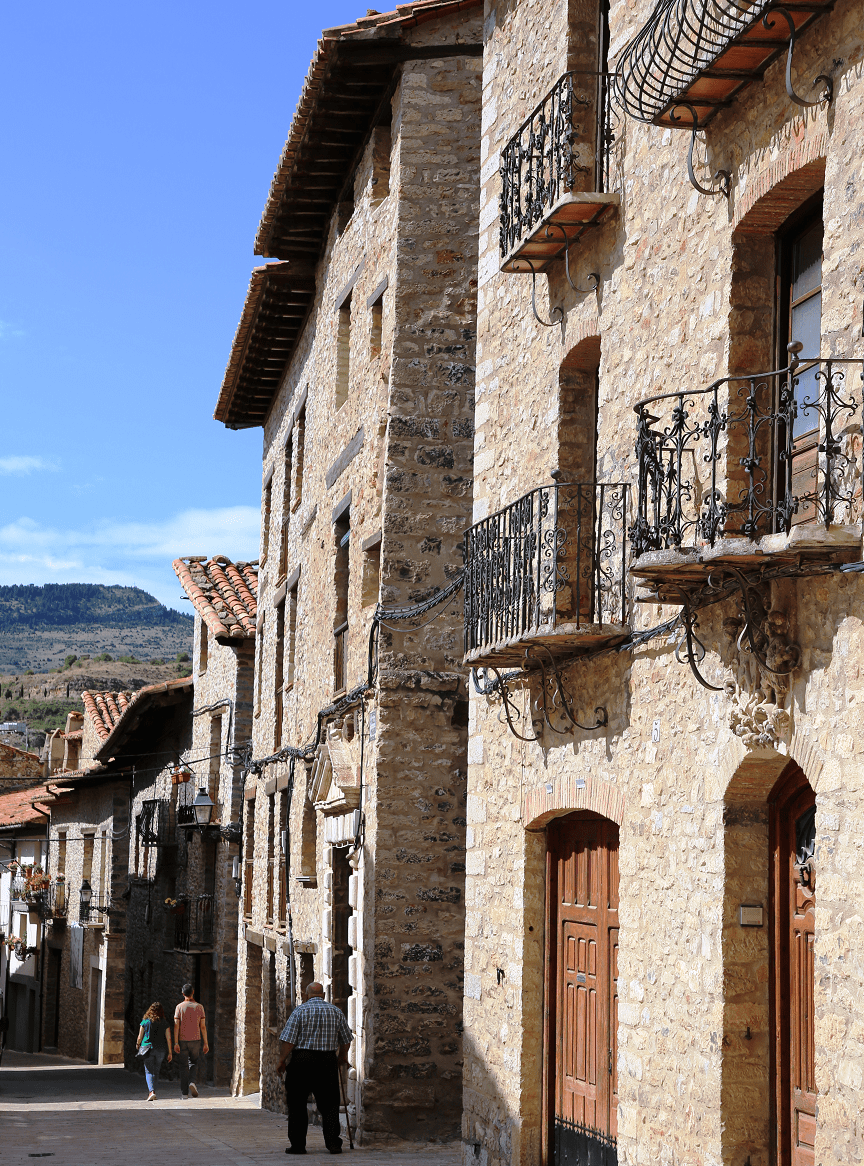 The church was enlarged between 1730 and 1745 on a previous medieval temple, of which only the tower and the side portal are preserved, integrated into the current temple. 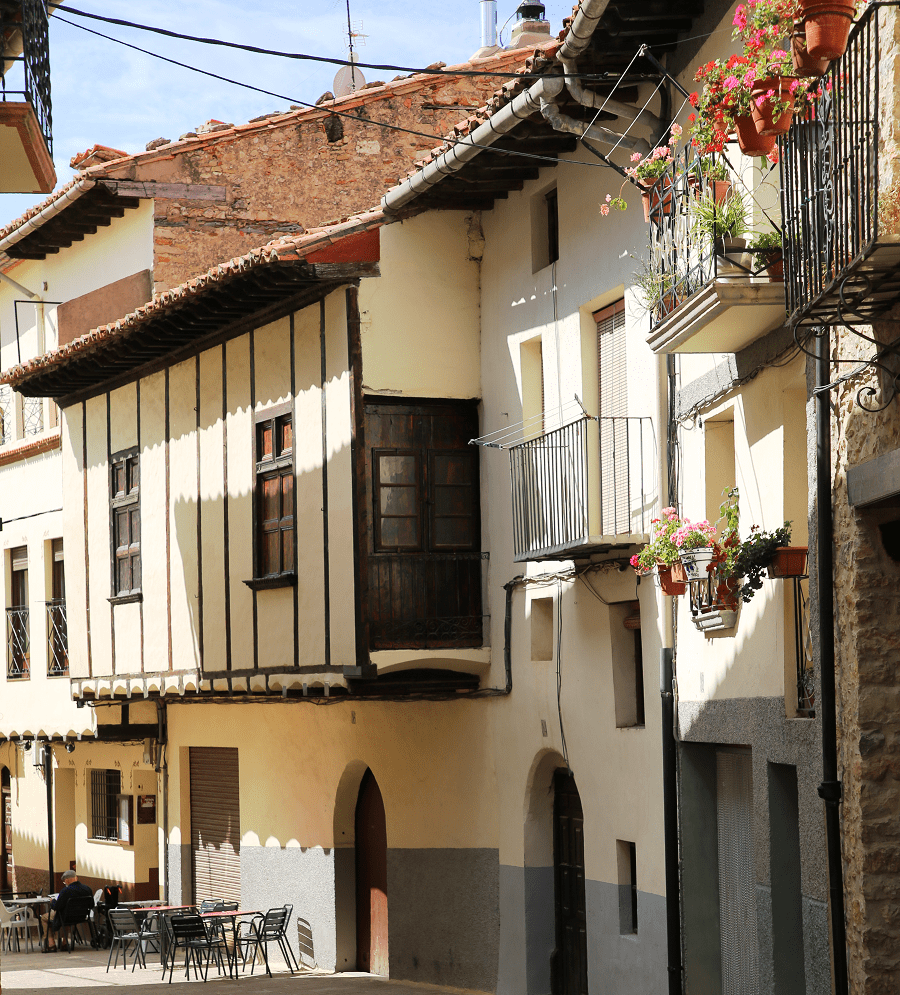 The church of San Miguel is a building built in the 15th century in the Levantine Gothic style. It consists of a single nave covered with a pointed ashlar vault. The portal opens onto an atrium formed by three pointed arches. The five-sided chevet is covered with a ribbed vault and contains numerous stonemason marks. 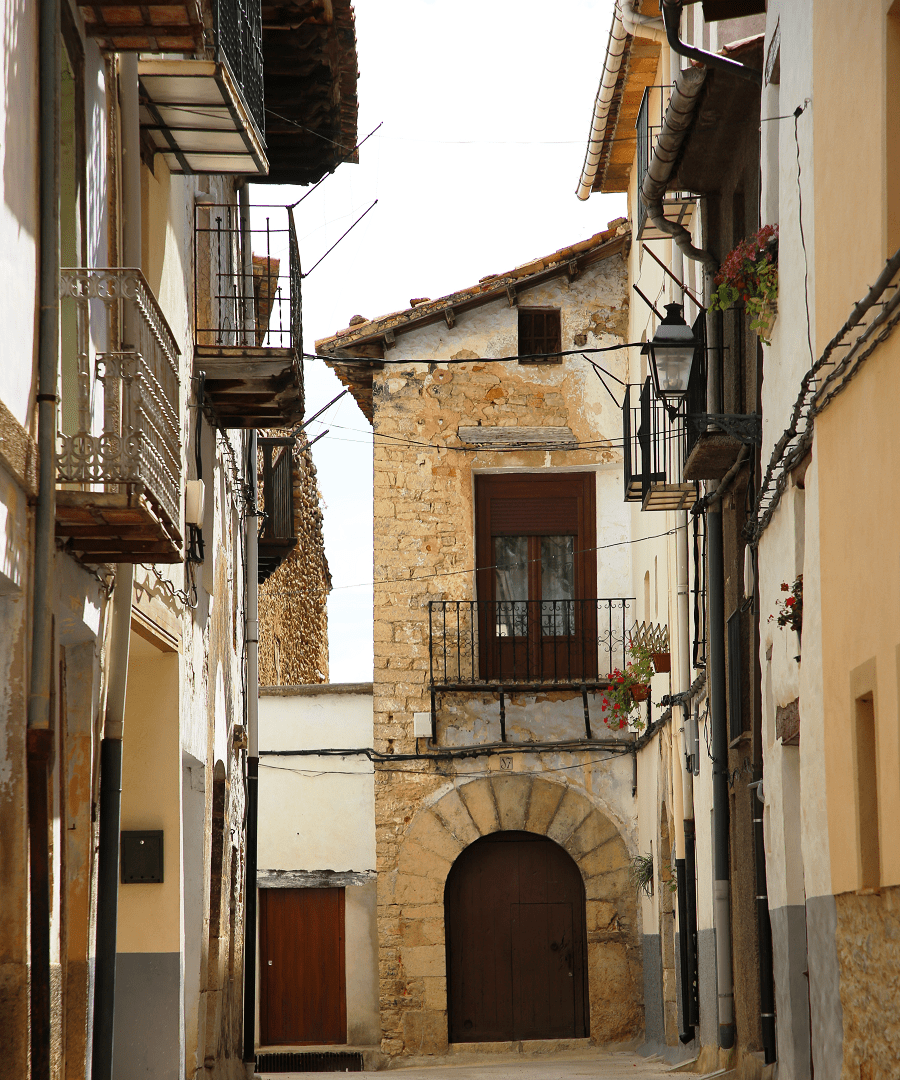 Inside, the alabaster tomb of Gonzalo de Funes, Bayle de Cantavieja, and Castellán de Amposta, made in 1415, stands out. According to some authors it may be the tomb of the last knight of the order. 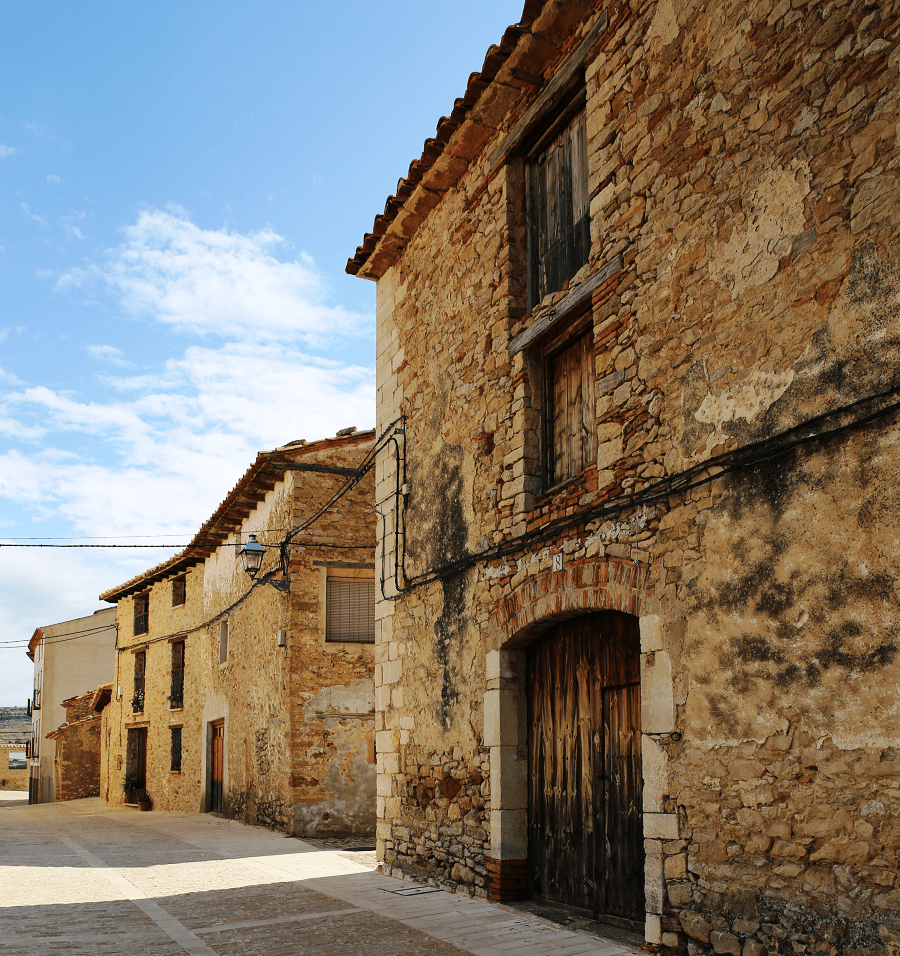 There are five hermitages in Cantavieja.

The oldest, that of San Juan del Barranco, was built around 1420 by order of Gonzalo de Funes; It has a typology of a single nave with a polygonal apse on five sides and is covered with a ribbed vault. 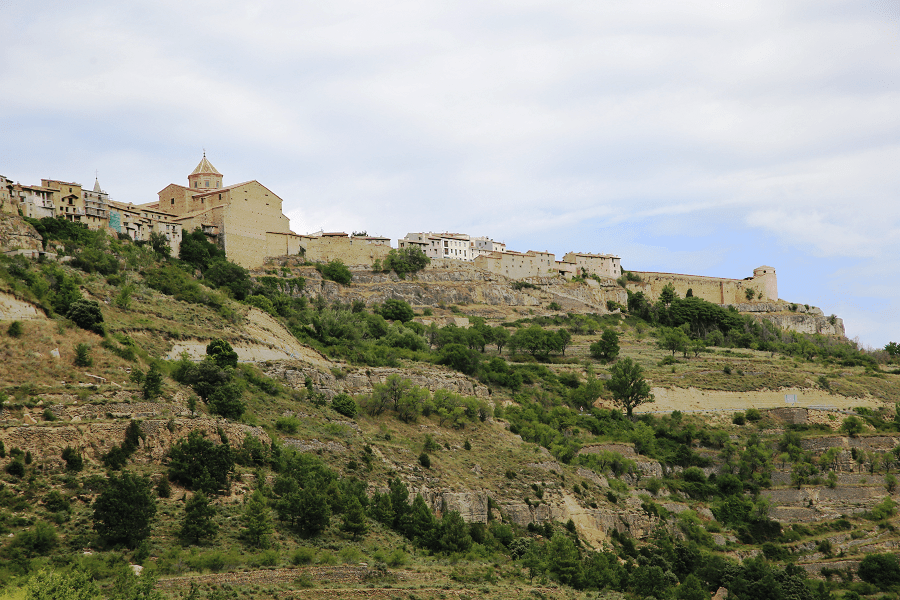 The Hermitage of the Virgen del Loreto, baroque from the 17th century, also has a single nave, divided into two sections by a semicircular arch. 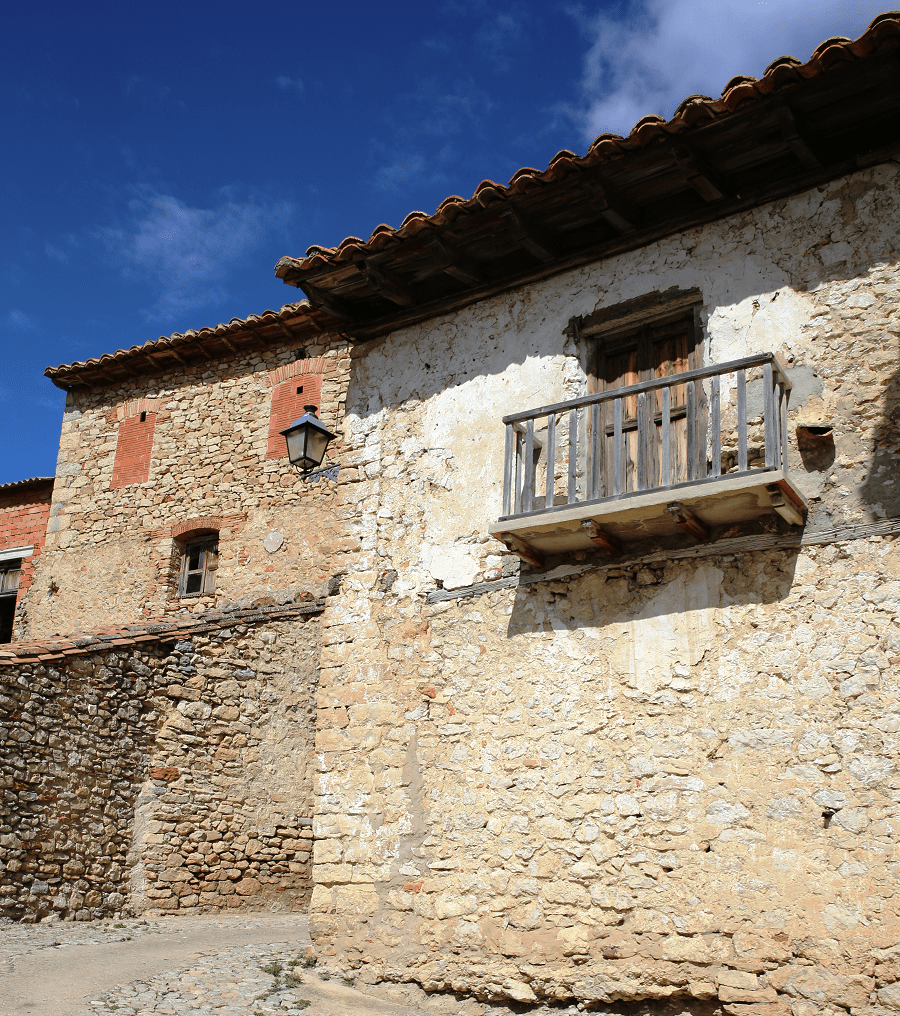 The other three hermitages are that of San Blas —built in 1850 after the destruction of the previous one during the Carlist Wars—, that of San Antonio and that of San Cristóbal. 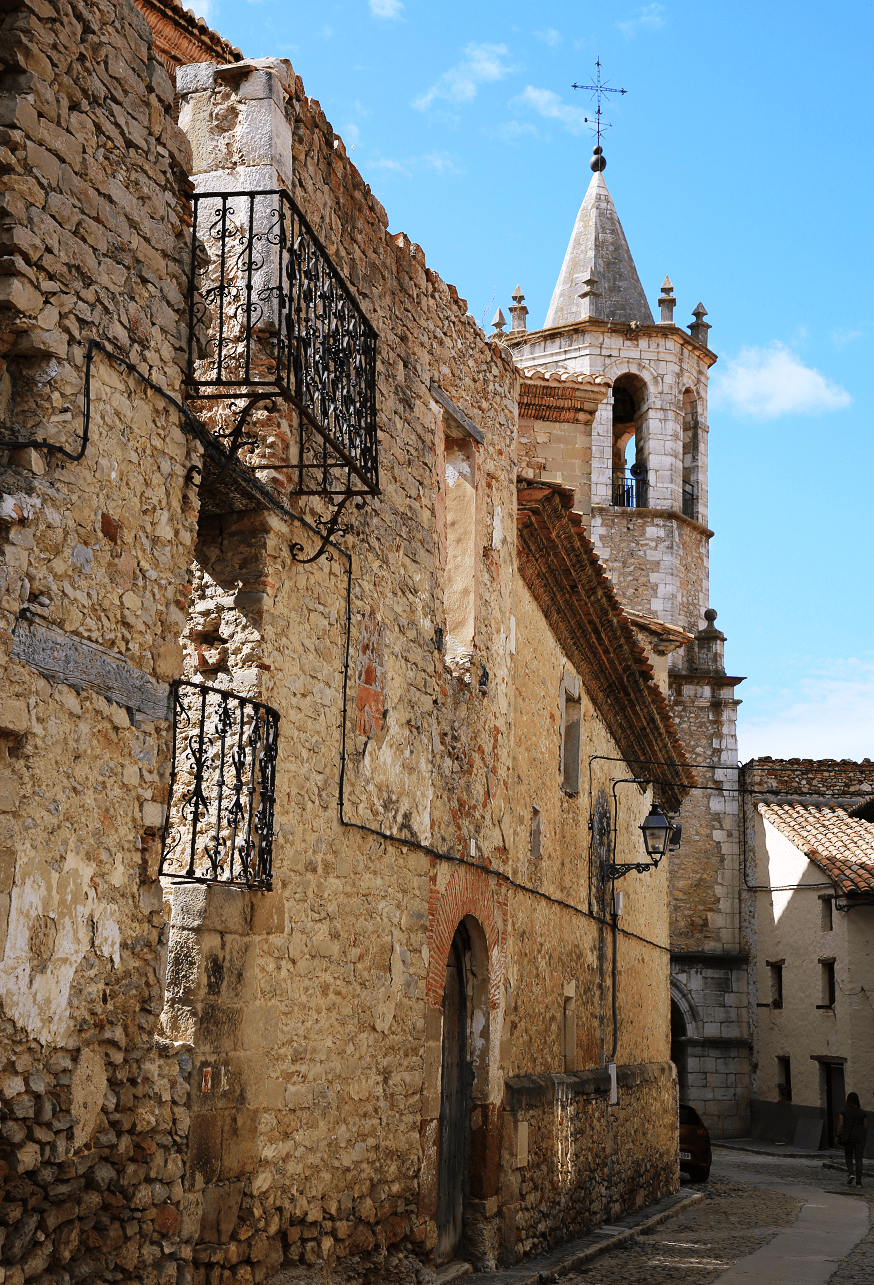 The remains of the medieval castle of Cantavieja, to the north of the town, are scarce, since it suffered significant damage during the Carlist Wars. However, extensive canvases of the outer enclosure formed by the masonry walls are still preserved. 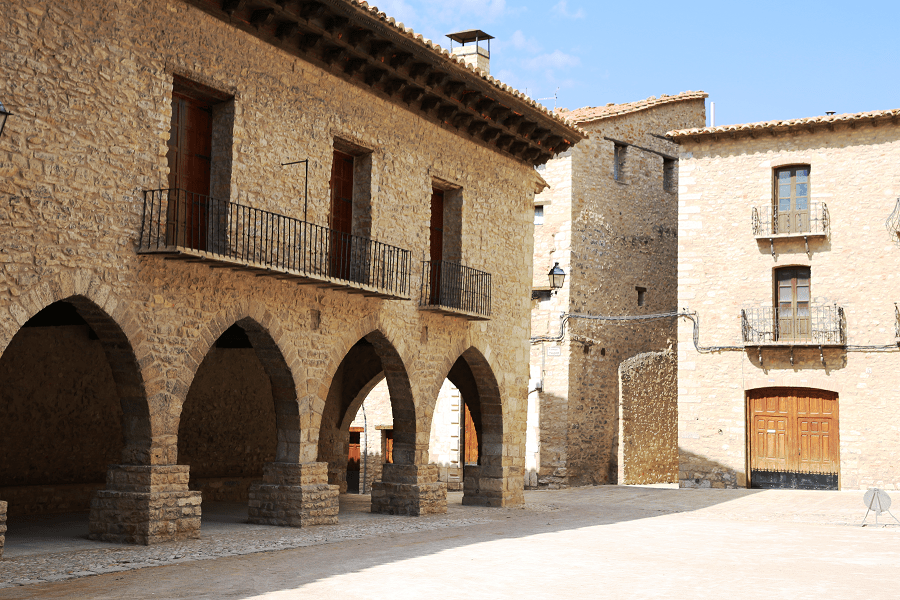 The Cantavieja Town Hall is a 16th-century construction of masonry and ashlar in the main areas. On the façade there is the Cantavieja coat of arms with a Latin inscription. The back of the building opens onto the wall. In its assembly hall there is a splendid wooden coffered ceiling. 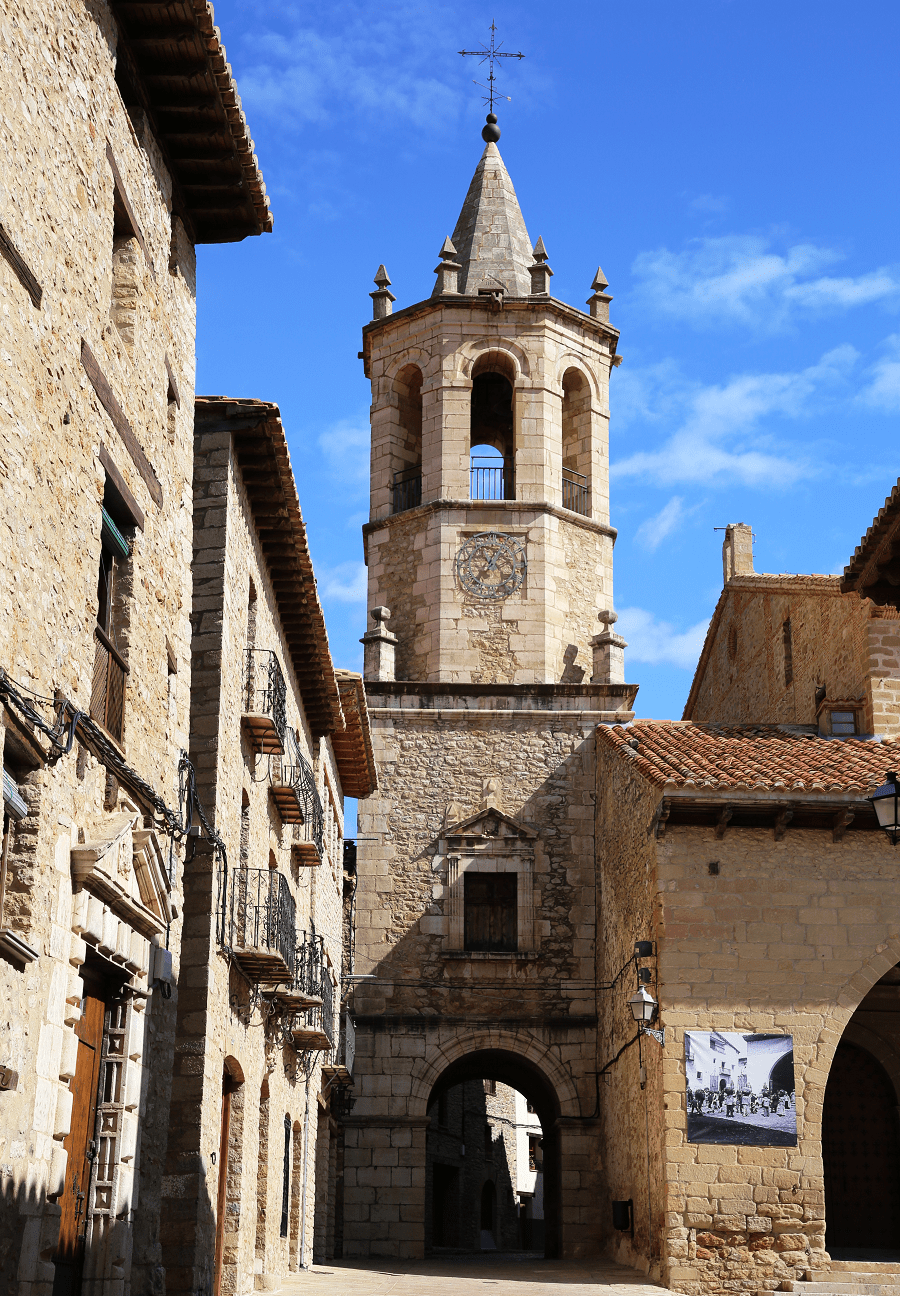 Attached to the Town Hall, is the Casa Bayle. Built in masonry and ashlar in the structural areas, it has three shields in the central voussoirs of the arch. The upper floor, on the façade facing the Plaza Mayor, has balconies with a wooden lintel and wrought iron railings. 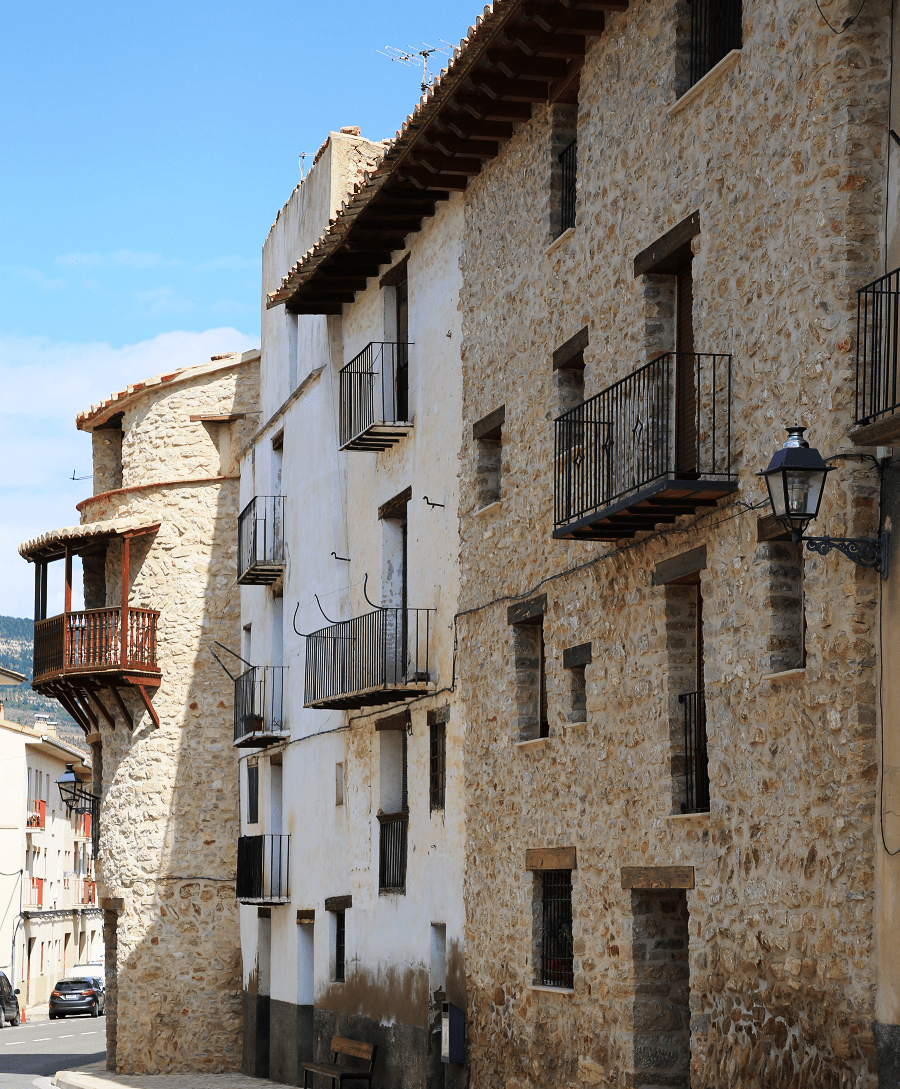 Another building of interest is the old Hospital de San Roque —adjacent to the church of San Miguel—, built in 1775 in whitewashed masonry. Near it, you can access the Mirador de El Portillo, located on the old wall. 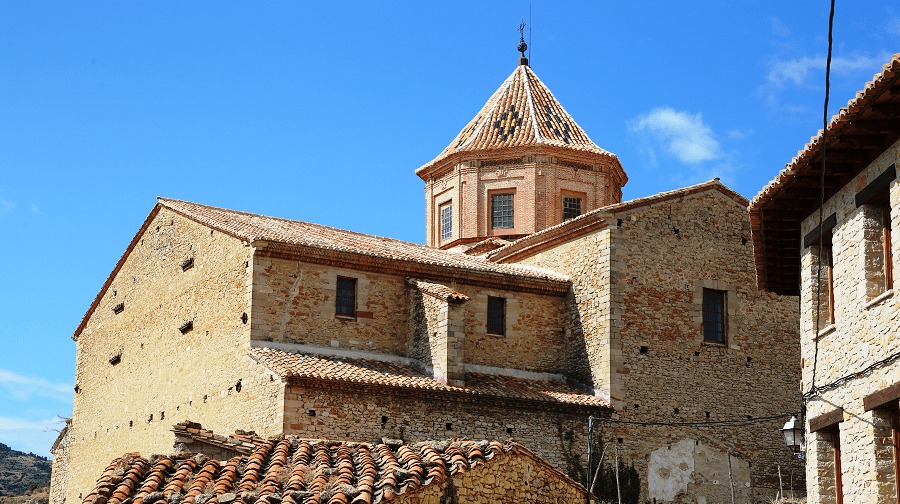