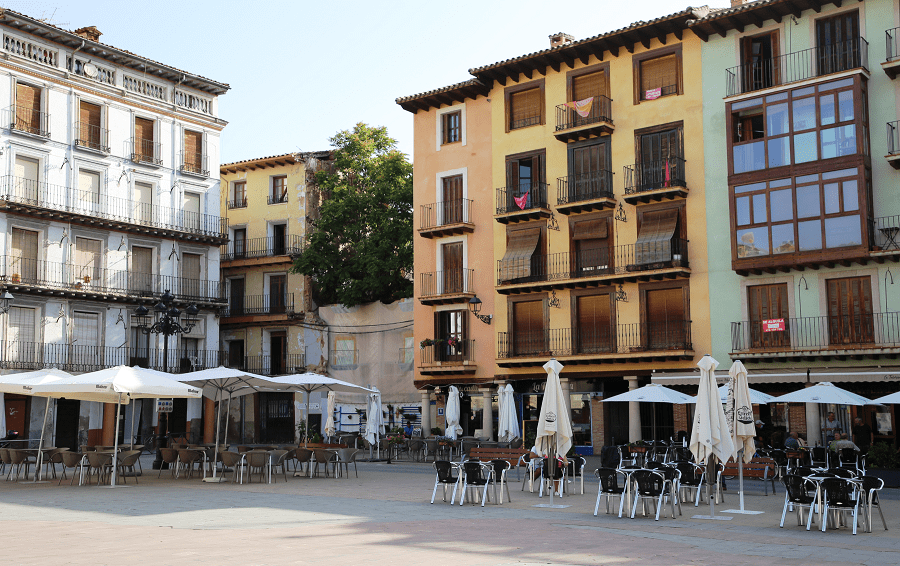 Calatayud is a municipality and a town in the province of Zaragoza, in Aragón, Spain, lying on the river Jalón, in the midst of the Sistema Ibérico mountain range. It is the second-largest town in the province after the capital, Zaragoza, and the largest town in Aragón other than the three provincial capitals. It is the seat of the comarca of Calatayud. 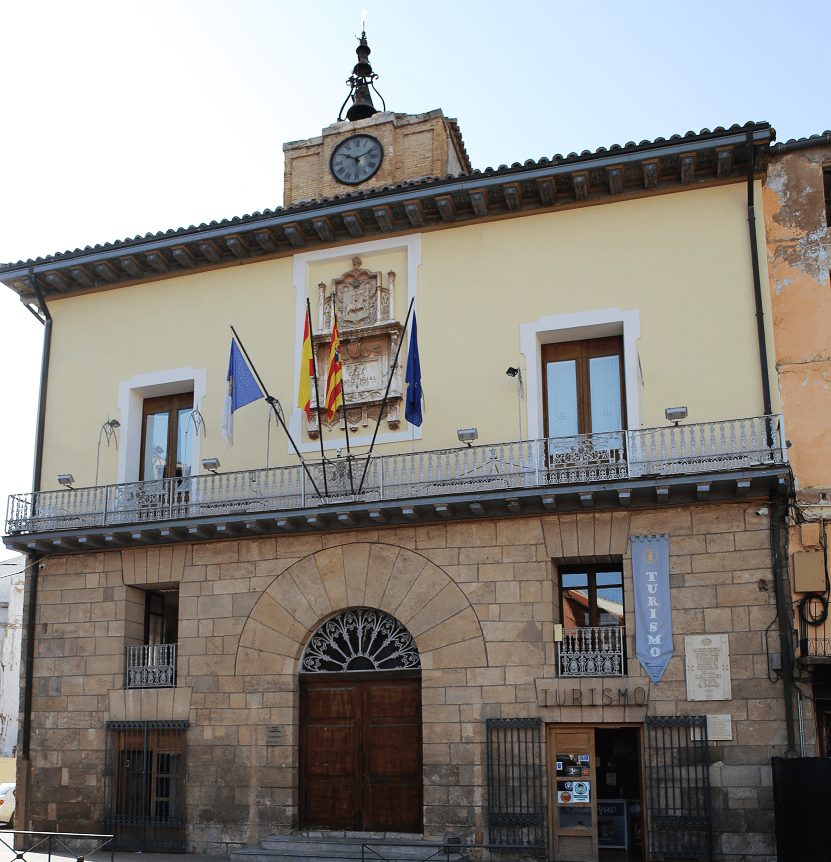 The fortified enclosure of the city from the Arab period stands out (castle, wall and gates). It comes from the 9th century, the oldest preserved fortified enclosure of the Arabs in the Iberian Peninsula. In the 8th century there was first a defensive nucleus built by Ayyub. In the 9th century it was expanded to face the Banu-Casi family of Zaragoza who wanted to take over the city. 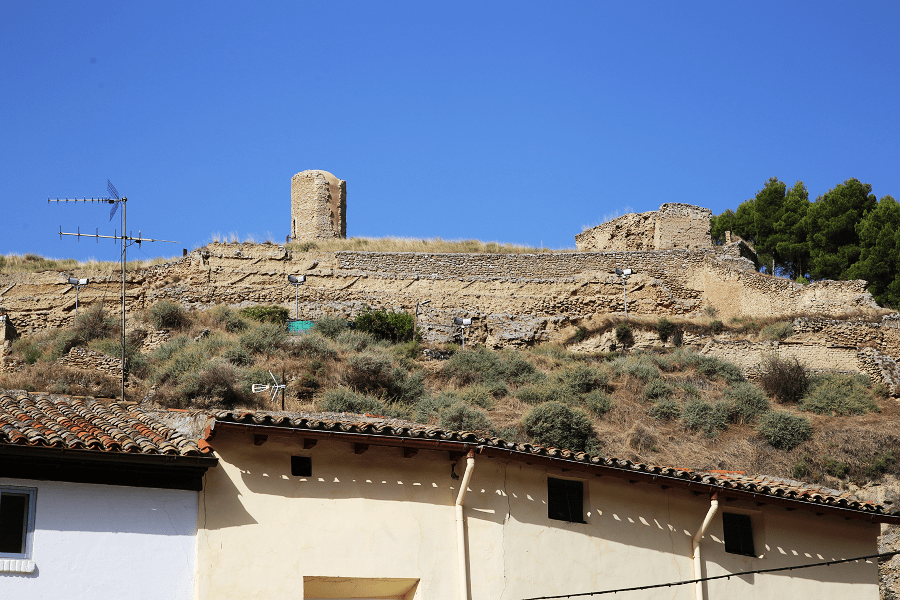 It includes five spots or castles, linked by walls that go down to the ravines and rise again. At the highest point is the Castillo Mayor or Ayyub and Torre Mocha. In the lower heights, Castillo de Doña Martina, Castillo del Reloj, Castillo de la Peña (very destroyed). 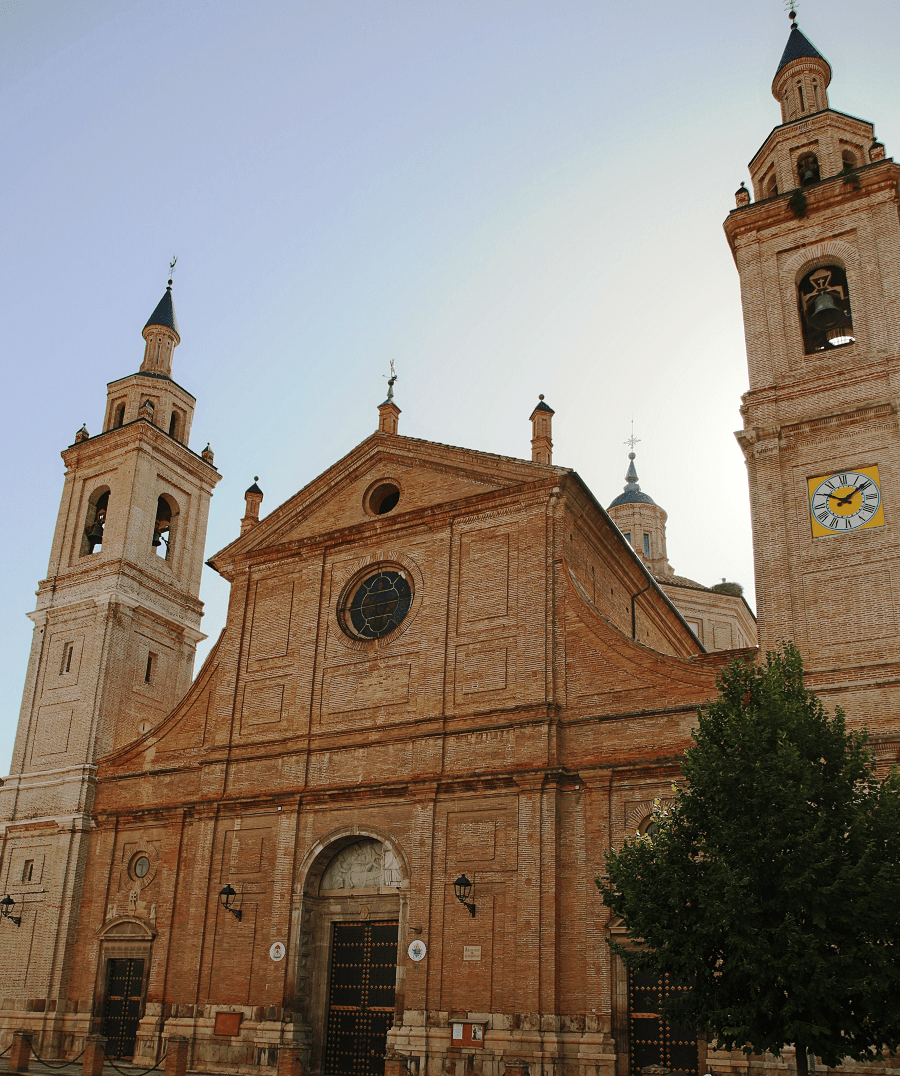 The collegiate church of Santa María la Mayor or La Colegiata de la Asunción de la Virgen de Calatayud is a Catholic parish church that was built on an old mosque from the year 1120. Being located in the middle of the medieval town , it was called Santa María de Mediavilla. 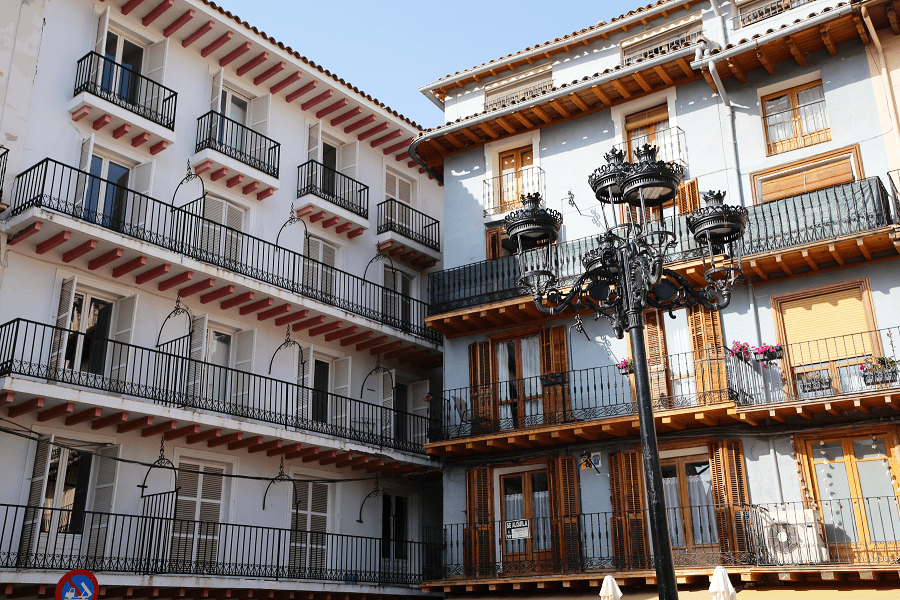 It is the main church in the city. In 2001, UNESCO declared it a World Heritage Site as part of the Mudejar Architecture of Aragon denomination. 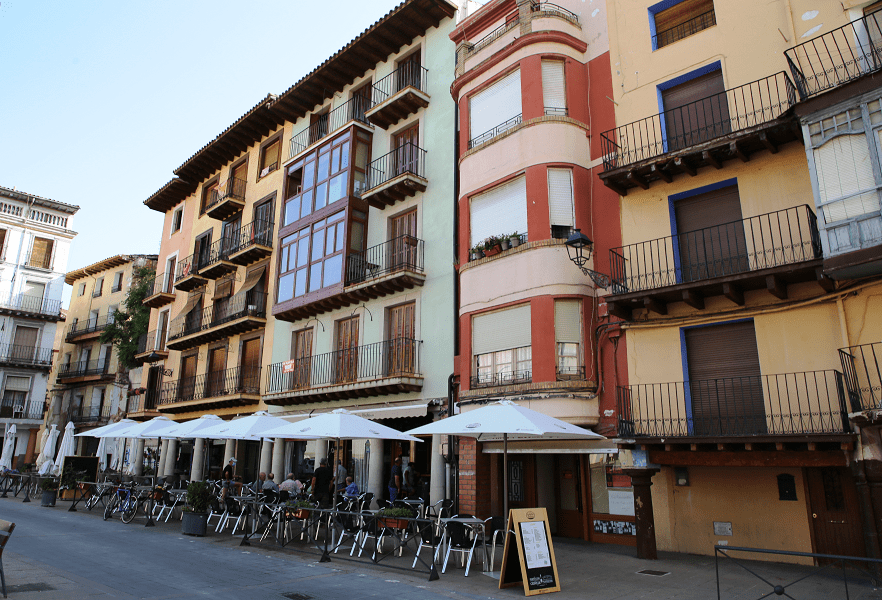 The current temple is from the early 17th century.

The tower is one of the main examples of the Aragonese Mudejar style. It is octagonal in shape, with buttresses on the edges. The slate spire is dated around 1770, and the bell bodies are from the 17th and 15th centuries. 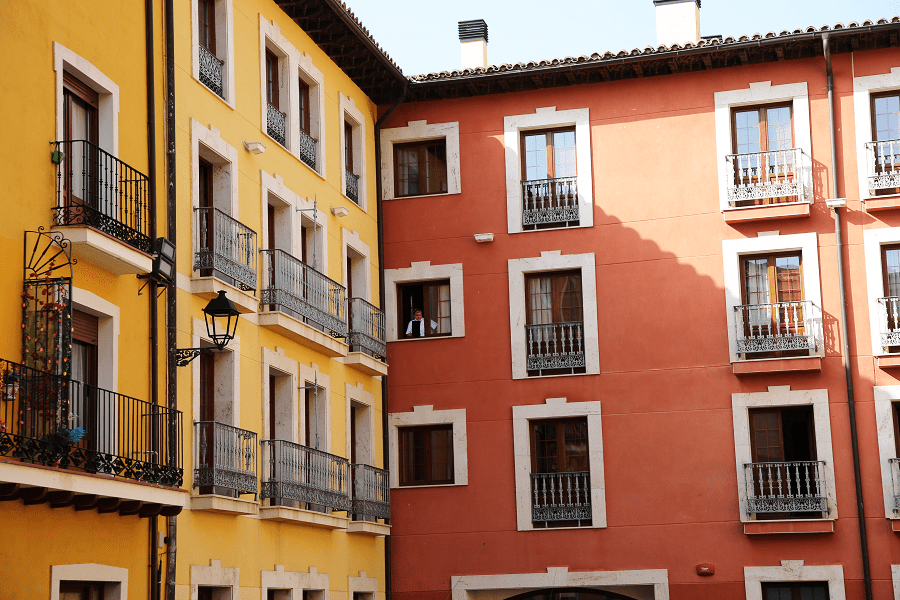 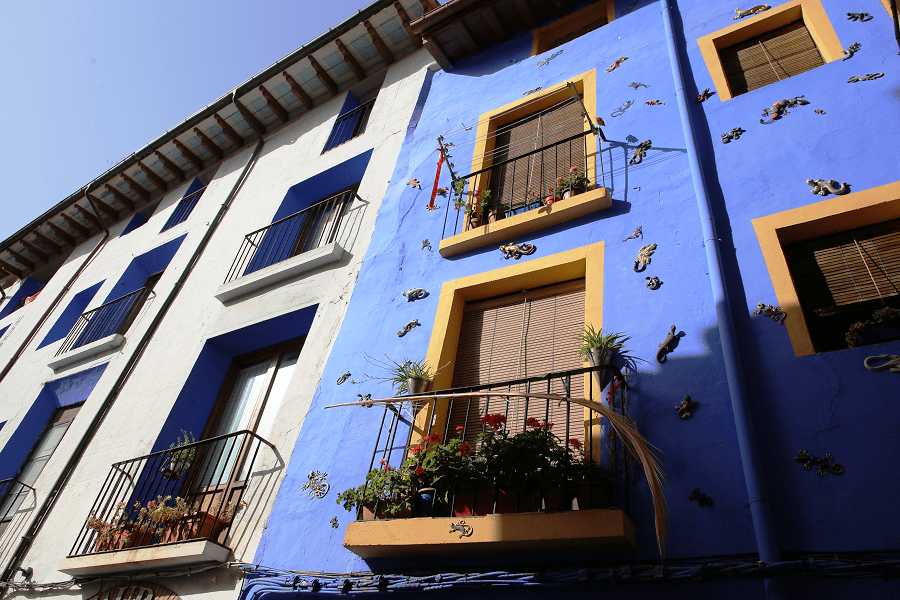 Church of San Pedro de los Francos was built in the 14th century, it maintains the Mudejar structure of three naves with high pillars, ribbed vaults and a triple apse. 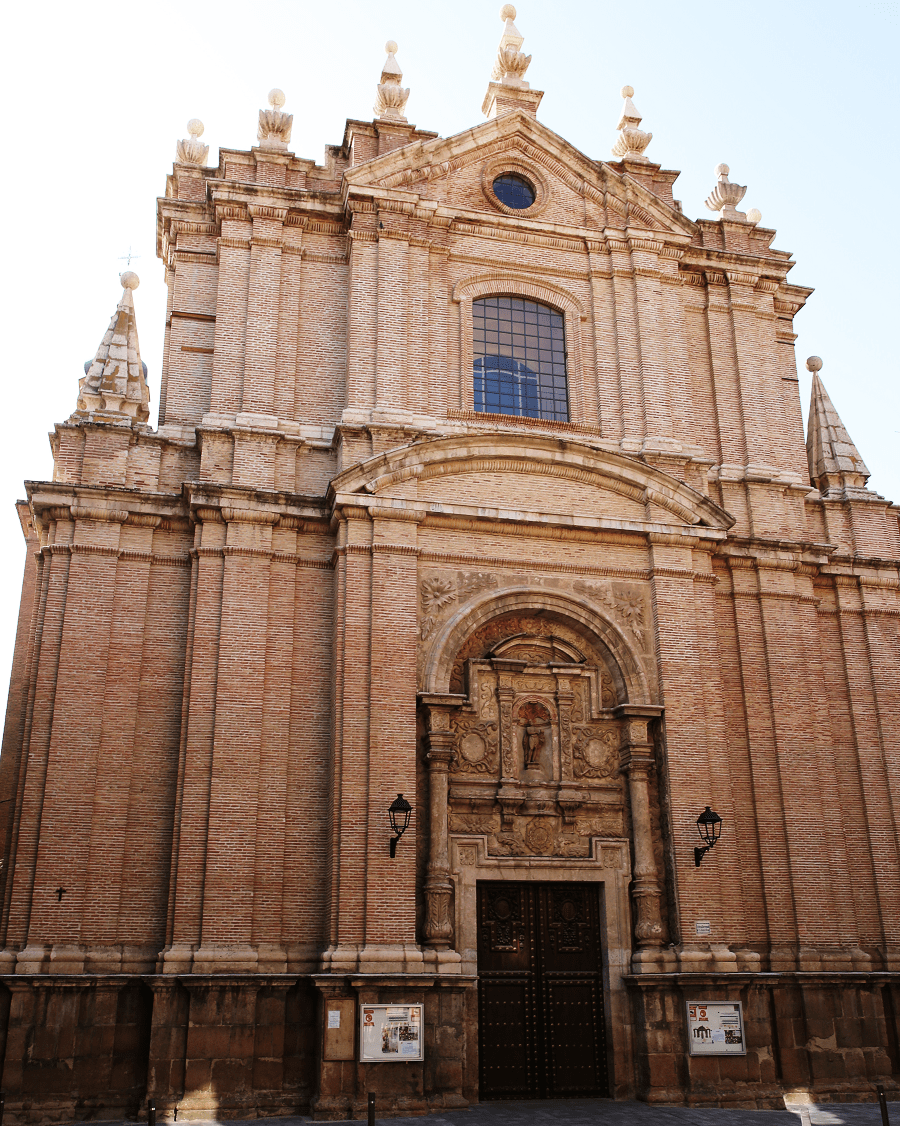 Sanctuary of the Virgen de la Peña is located on what was an old Arab castle on which after the reconquest a church-fortress was built. Remade in the 19th century after the French invasion in neoclassicism. 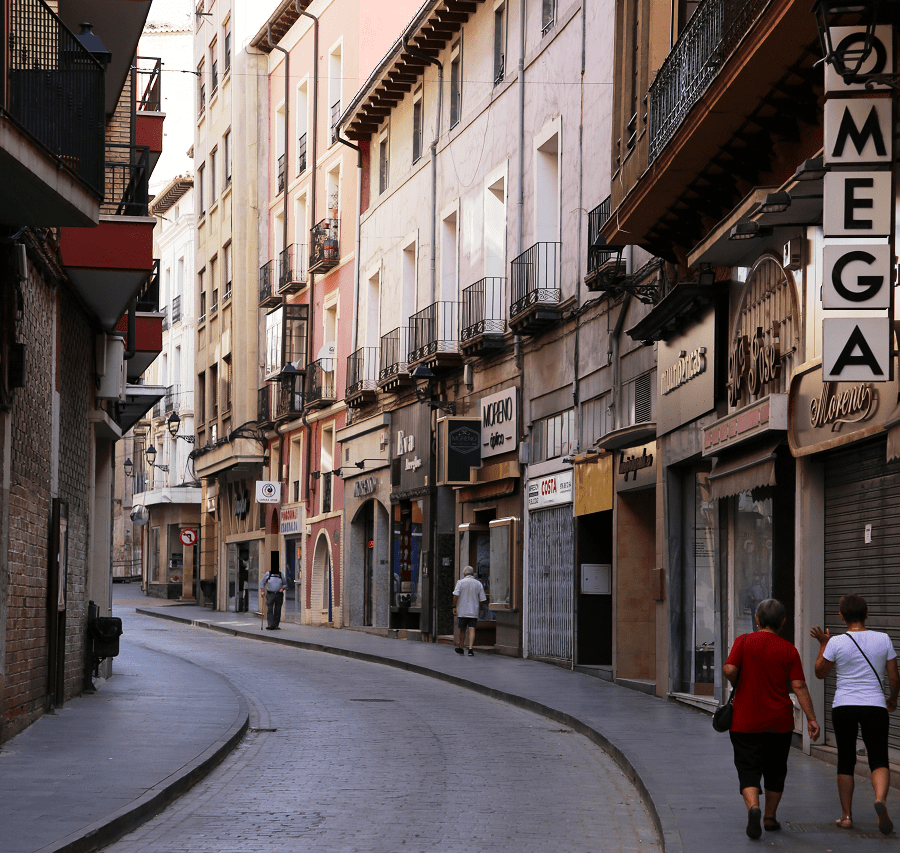 Hermitage of the Virgen de la Consolación, a synagogue from the Jewish period with a renovated interior. It contains interesting artistic works. 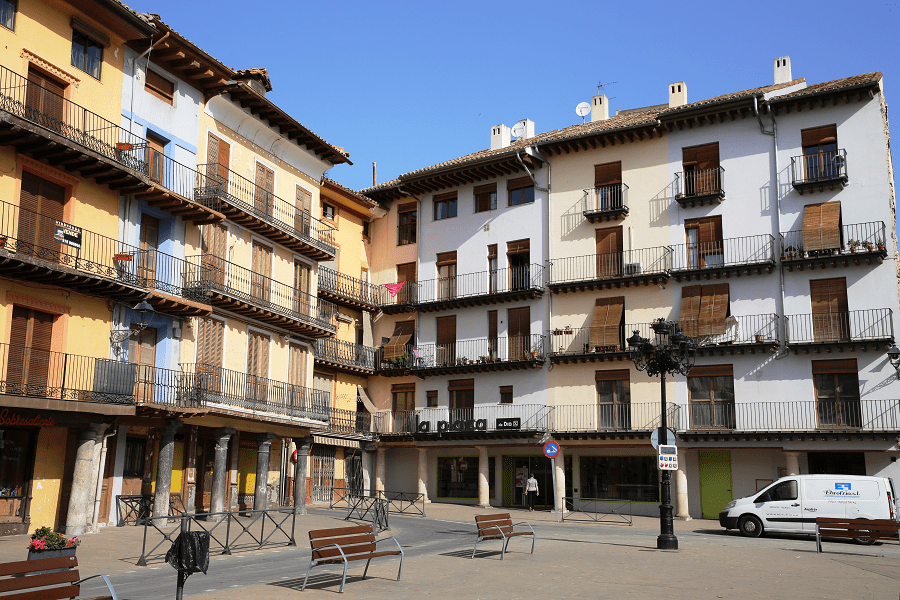 Puerta de Terrer, dates from the second half of the 16th century, with a cylindrical plan and adorned with the coats of arms of Calatayud. It houses the headquarters of the Bilbilitan Studies Center. 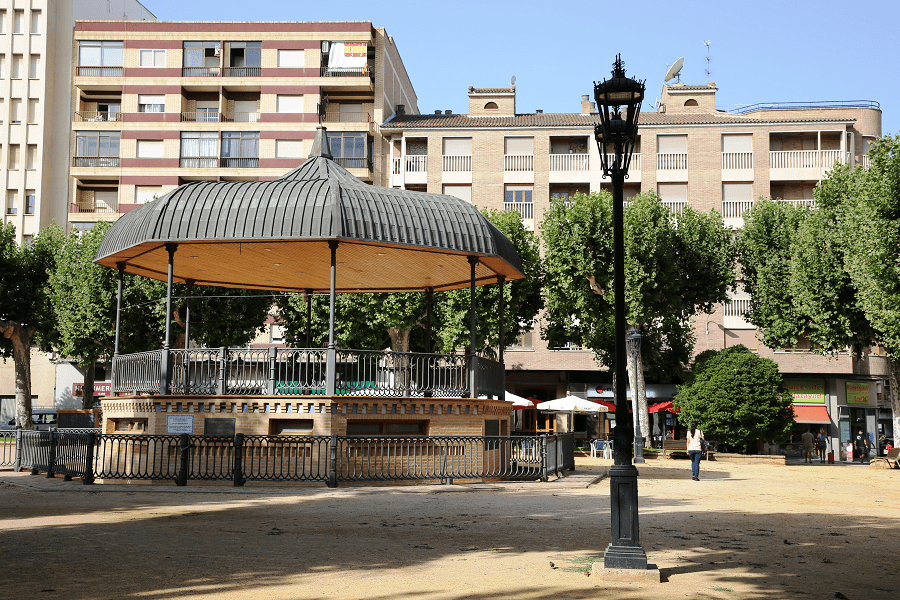 Puerta de Zaragoza, with a square plan, this gate was built in 1818.

Community Palace, a place where representatives of the Calatayud community met, during the 19th century it housed the headquarters of the province of Calatayud.

Calatayud bullring, a 19th century construction, also known as the Margarita arena, dates from 1877. It has the second largest capacity in Aragon. 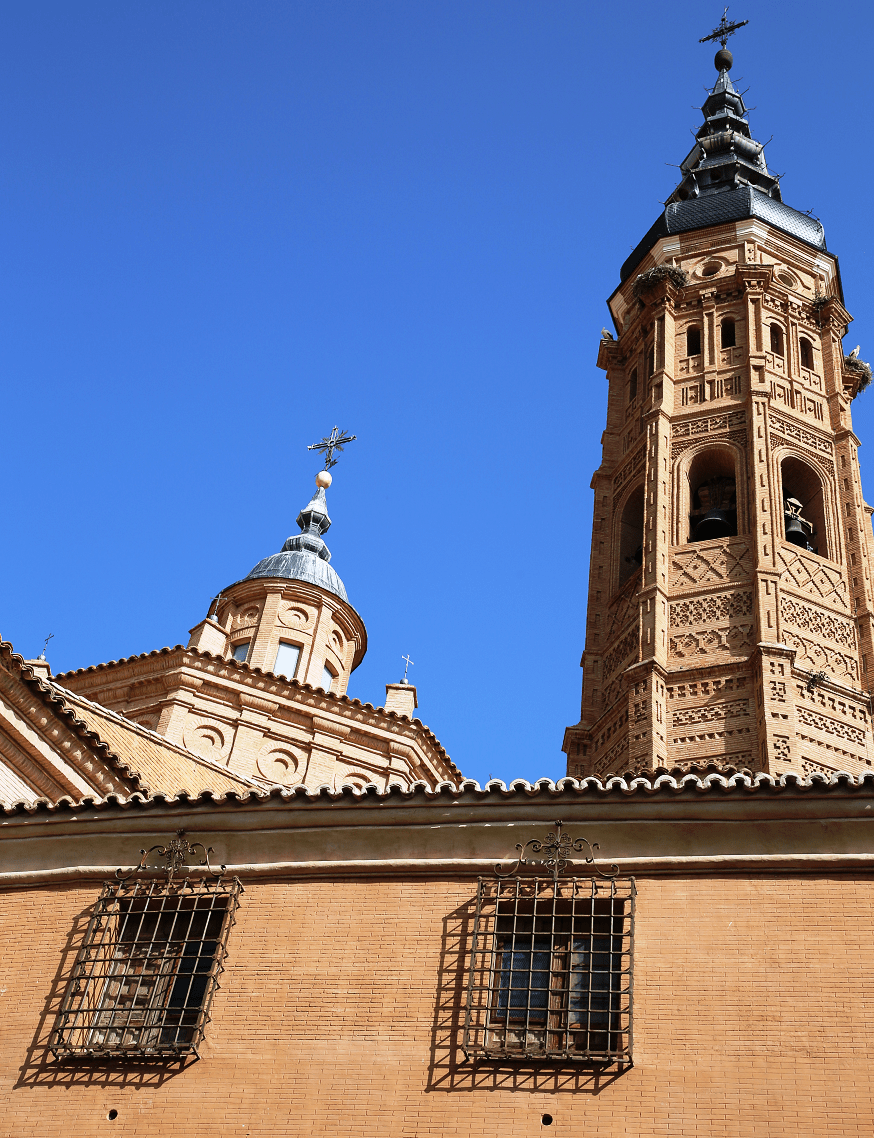 Azucarera Labradora, an old factory from 1899 declared a Listed Well of the Aragonese Cultural Heritage. 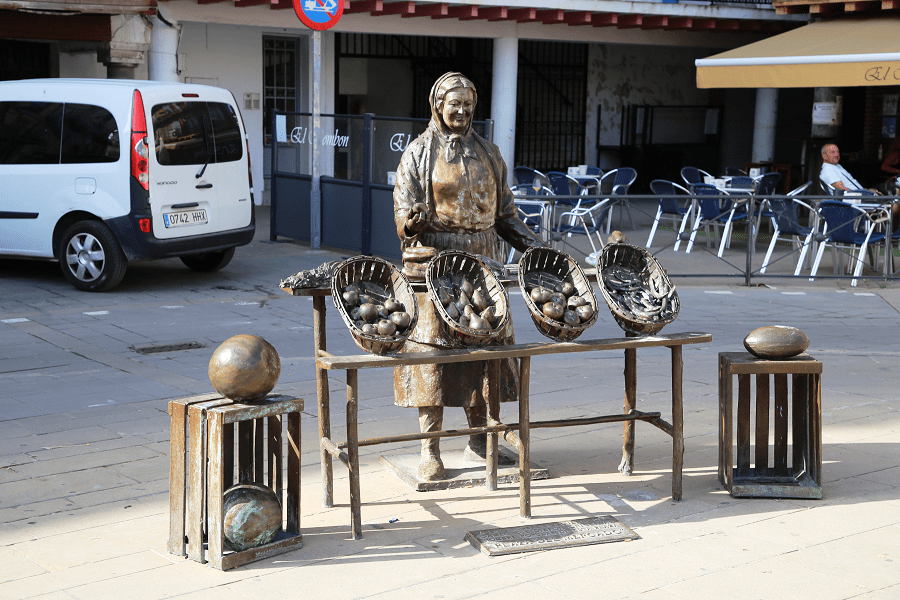 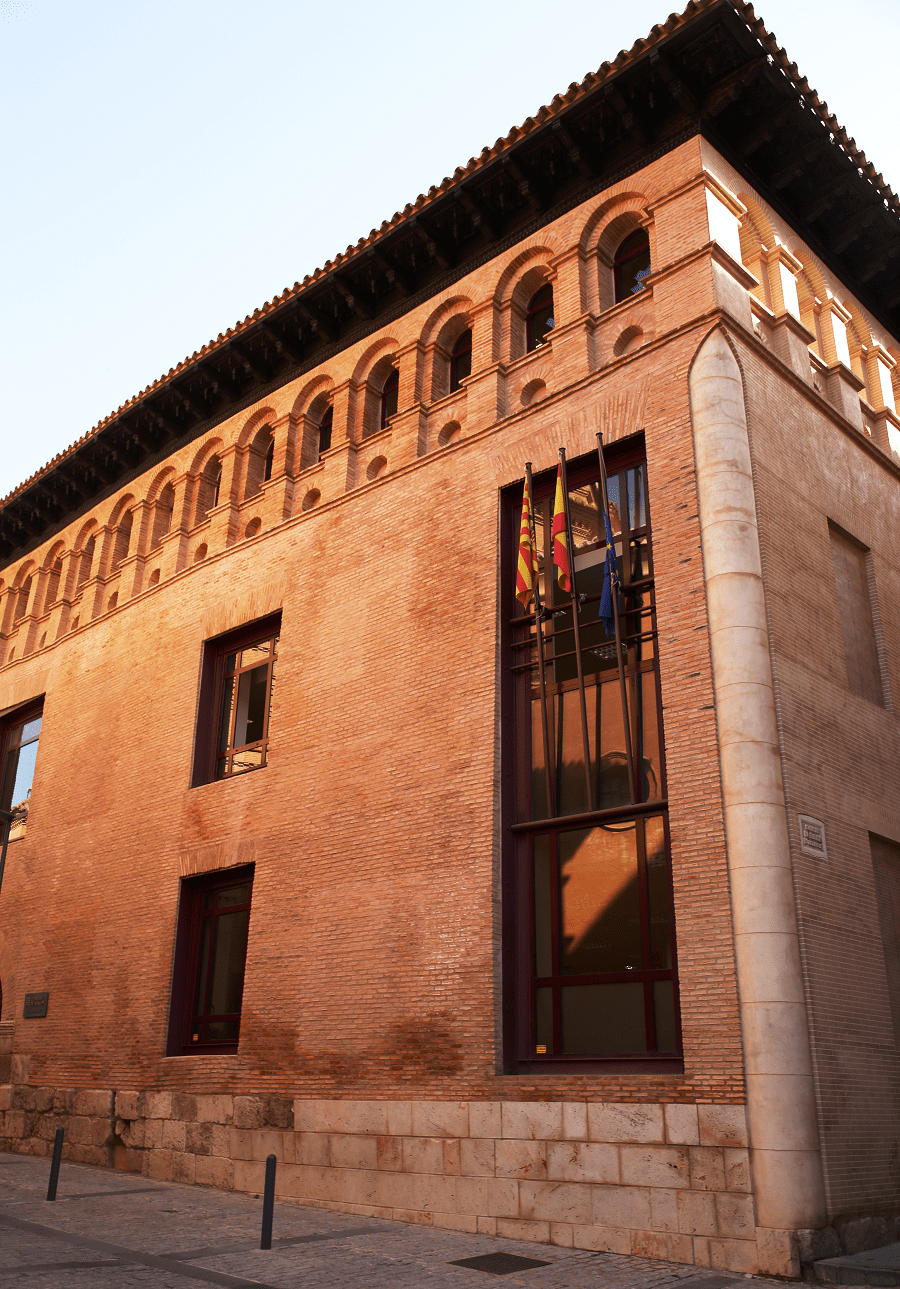 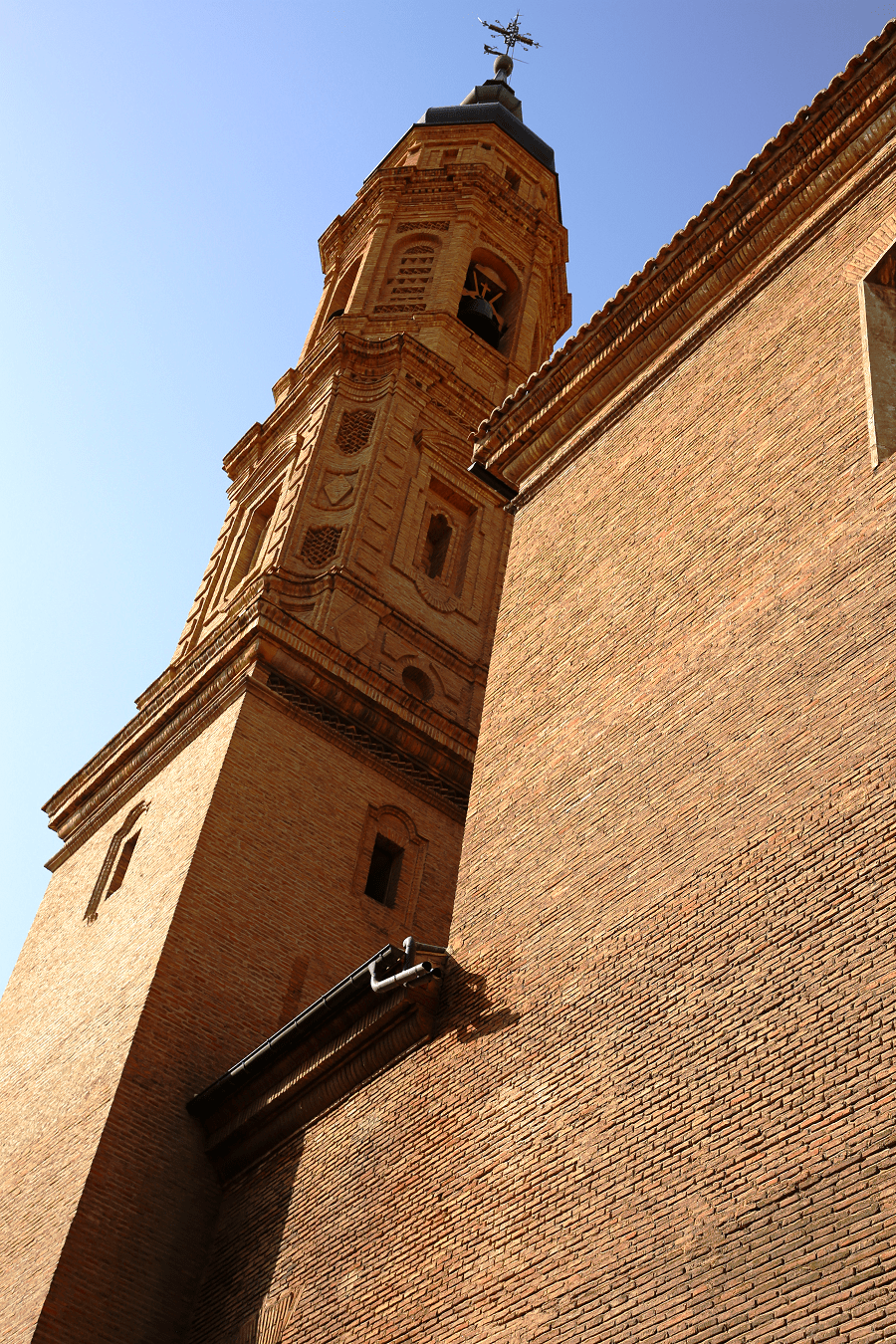