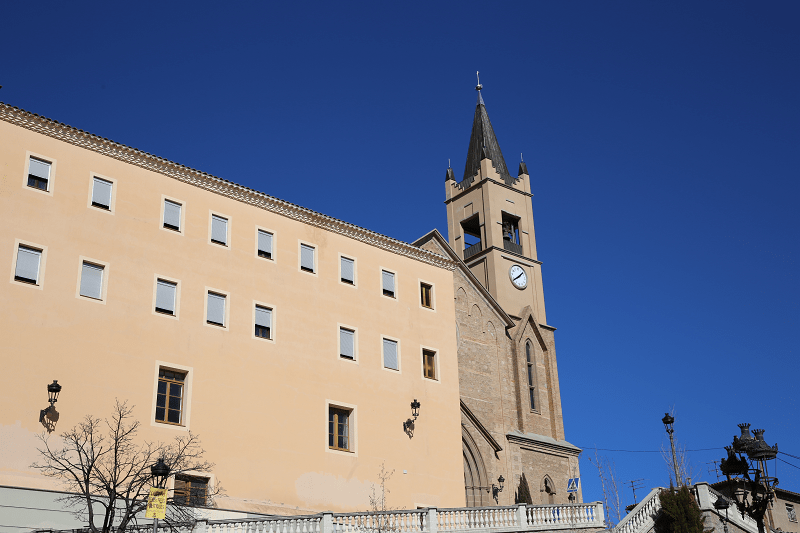 Berga (cat. Berga) is a city and municipality in Spain, central Catalonia, the capital of the Berguedà region and the former capital of the County of Berga. The city is in the middle of the Berguedà, at the foot of the Sierra de Queralt and facing the Llobregat valley. The municipality has an area of 22.54 km² and includes the old textile colony of Cal Rosal and Valldan. To the north and northeast, it borders Cercs, to the southeast with Olvan, to the south by Avià, to the southwest by Capolat and to the northwest by Castellar del Riu.

Berga, and its Valldan aggregate, enjoy a strategic and privileged position at the bottom of the first foothills of the Pre-Pyrenees, in a middle mountain resort, with forests, meadows, torrents and fountains, facing noon and protected from the inclement weather.

It is in the proximity of the river Llobregat, which means that it is on the edge of a natural corridor that connects the mountain terrain with the lower ones that finally lead to the Bages plain.

It is not surprising then, that in a place with these characteristics the prehistoric man lived steadily at times, and at others he would experience long seasons. 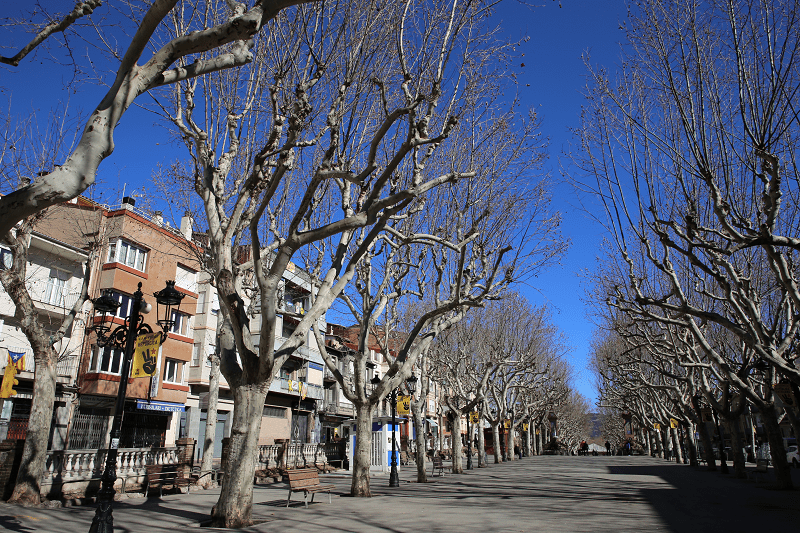 Berga derives its name from the Bergistani, an Iberian tribe which lived in the area before the Roman conquest. The Bergistani were first subdued by Hannibal in 218 BC. They rebelled twice against the Romans and were twice defeated; after their second uprising, much of the tribe was sold into slavery. Livy mentions their principal town, Castrum Bergium, which was probably the precursor of the present-day town of Berga.

Berga was ruled by viscounts in the Early Middle Ages and had its own counts from 988.

Berga was sold to king Peter II of Aragon in 1199. 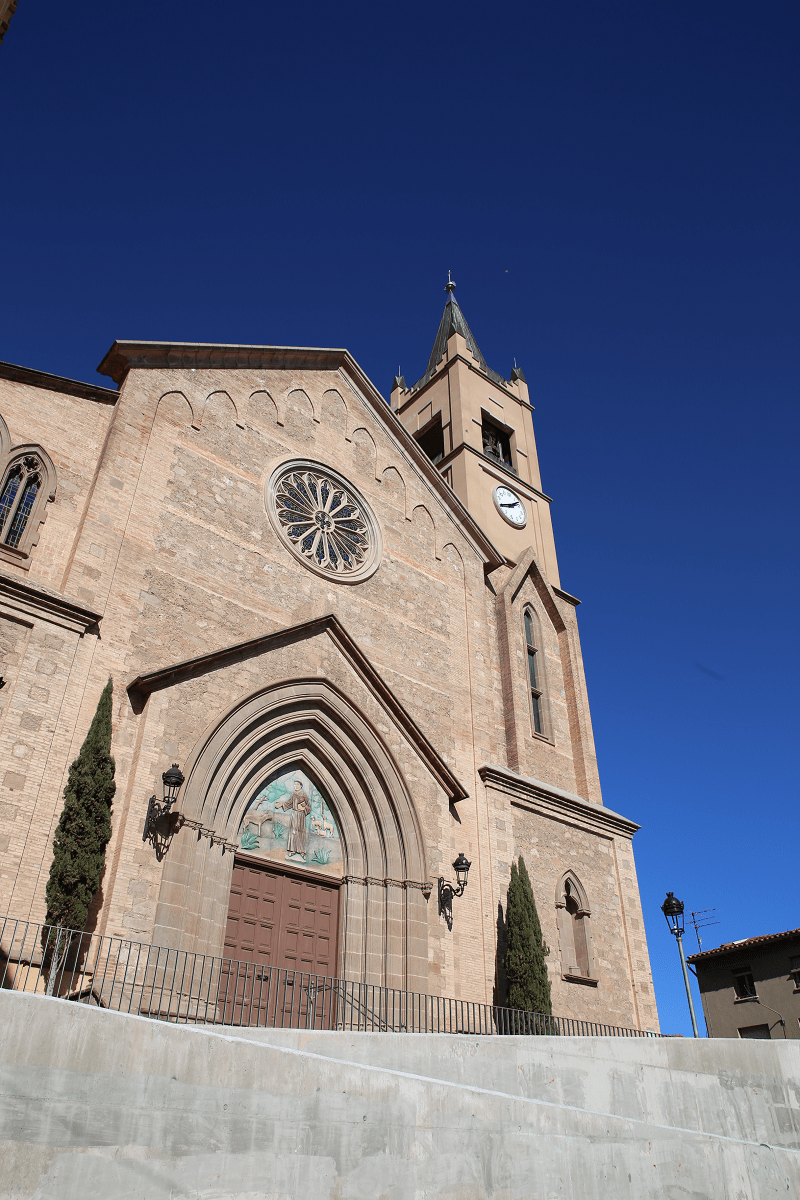 Interesting fact on Berga: Free Software Street. On July 3, 2010, the first street in the world named Free Software Street (Carrer del Programari Lliure) was inaugurated in Berga, in a ceremony attended by the founder of the free software movement, Richard Stallman. The initiative to dedicate this street to the movement was proposed by the promoters of the Free Software Conferences in Berguedà.

Historical heritage, travel attractions and what to see?

The Parochial Church of Santa Eulàlia, from the 17th century, is formed by a single nave with side chapels.

Church of Sant Joan de Berga, of Romanesque origins (13th century), heavily reformed in the Gothic period (15th century) and in the 18th century. Since 1983, it is an artistic historical monument.

Palau dels Peguera, which was the residence of the Peguera – the gentlemen of Berga. Nothing is preserved of its Romanesque origins, the current building is probably from the 14th century, with modifications from the 18th. Baron de Maldà lived here during the Peninsular War. 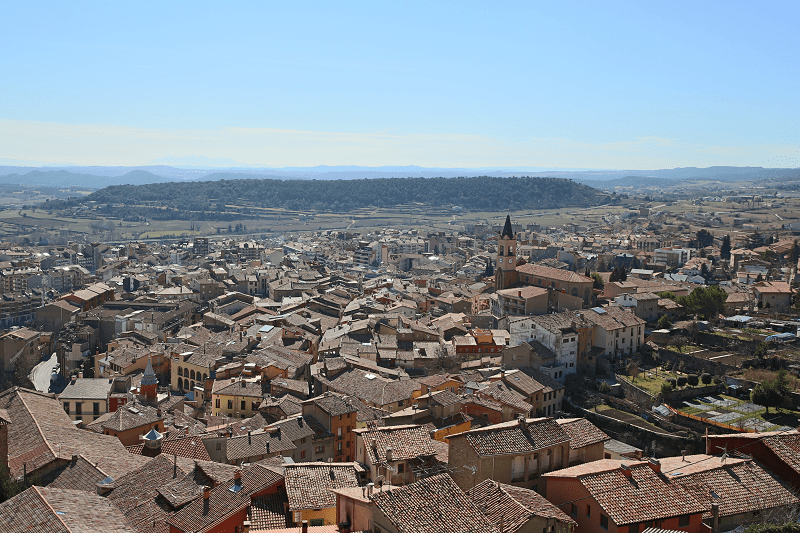 Torre de la Petita. On top of the Sierra de la Petita, built in the 19th century (1838) in the middle of the Carlist rule. Due to its strategic location, it was an important watch and defense tower. Demilitarized in 1868, it is one of the few military buildings left standing from the Carlist epoch.

Sant Ferran castle is a medieval fortress located in Berga that was transformed in the 17th century and used during the Carlist wars. It is included in the Inventory of the Architectural Heritage of Catalonia, and protected as a Cultural Asset of National Interest (Bé Cultural d’Interès Nacional).

Sant Pere square. Its medieval origin relates to the old Romanesque church of Sant Pere, demolished in the XVIII century to build the new one of Santa Eulàlia. It is the main space of the festivities of la Patum.[10] 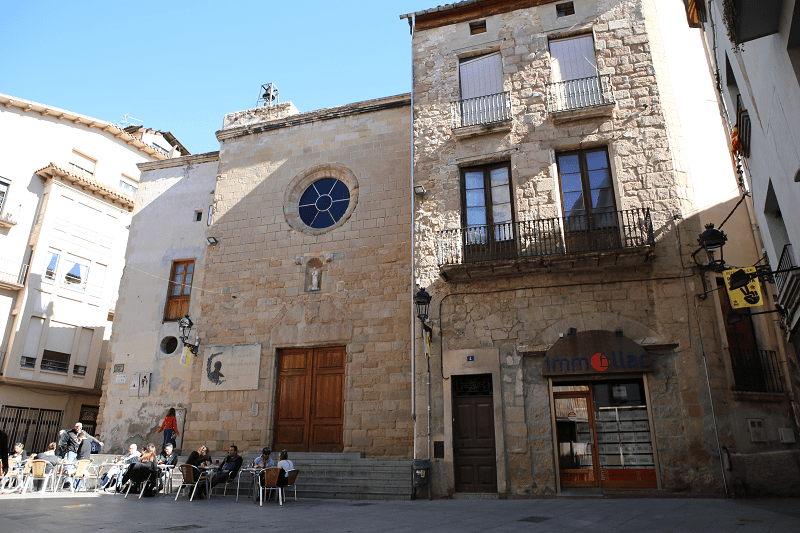 City Hall. On the square of Sant Pere. Designed by the architect Emili Porta in 1929 with a historicist façade of monumental intention.

Portal de Santa Magdalena. The only medieval city entrance door that is preserved.

Sanctuary of Our Lady of Queralt (cat. Santuari de la Mare de Déu de Queralt). It is from the 18th century with an Image of the Virgin from the 14th century.

Sant Quirze de Pedret, 9th century. Despite being in the Cercs territory, in 1959 an agreement was granted by the bishopric of Solsona, to the city council of Berga, for its restoration and conservation. Now religious worship is only performed on the day of its annual celebration, by the parish of Berga.

Municipal Museum. Ceramics, various objects from the Middle Ages, and prehistoric remains of the history of Berga.

Shopping in Berga is not a priority on the tourist program. Only on weekends city bazaars and fairs, which traditionally take place on weekends or on some public holidays in the main square, can be of tourist interest. At the fairs, in particular, you can come across exclusive products grown in the region. Among them are some well-known wine and cheese brands in Spain. 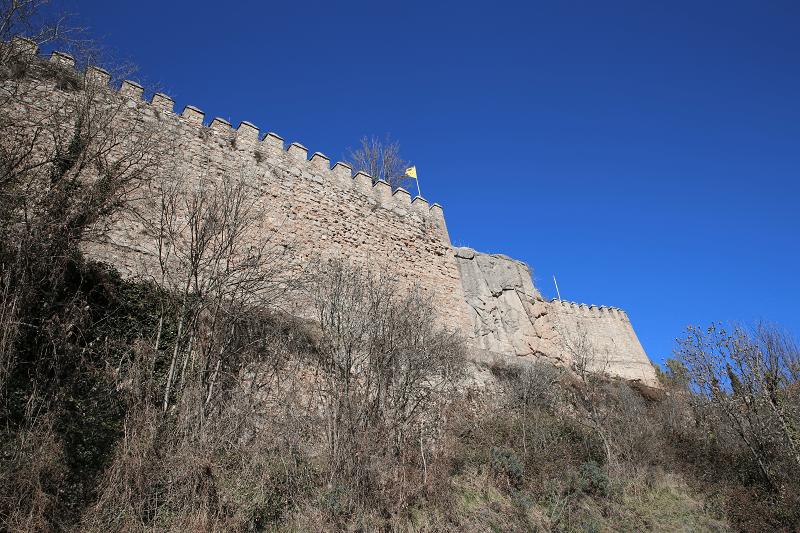 In the city there are more than 15 restaurants of a fairly high quality. Prices are cheaper than in Barcelona and Lleida. Mostly located within the borders of the Old Town. 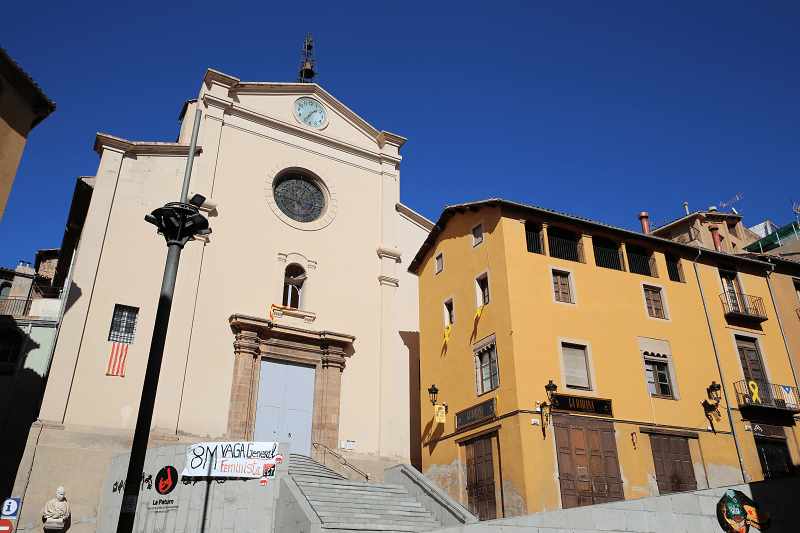