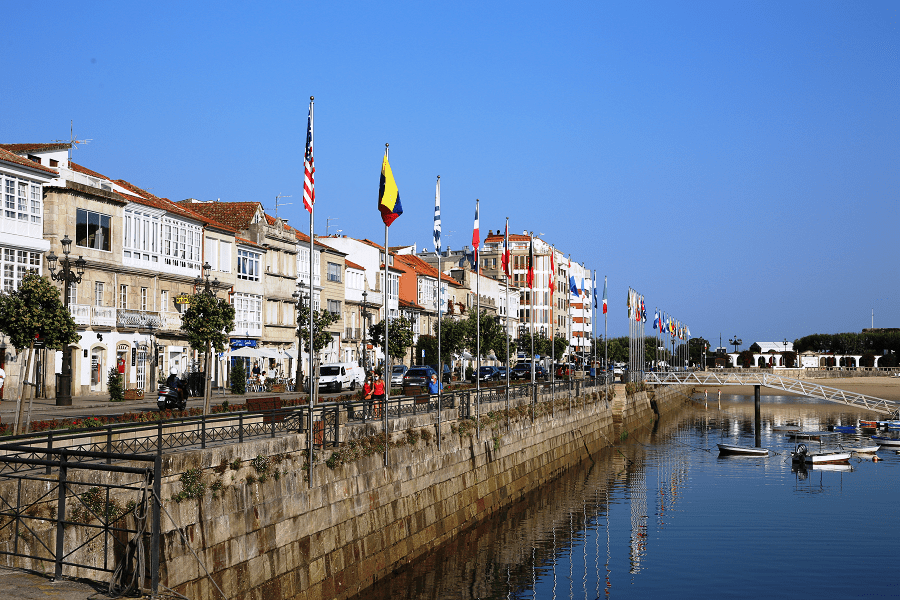 Baiona (Sp. Bayona) is a city and a municipality integrated in the Metropolitan Area of Vigo, belongs to the province of Pontevedra, in Galicia, Spain.

It has a great historical importance, since on March 1, 1493, the Pinta, one of the ships from Columbus’ voyage to the New World returned to Europe and arrived in Baiona, making the town’s port the first to receive news of the discovery of America. A replica of the ship can be visited, and the event is celebrated every year. 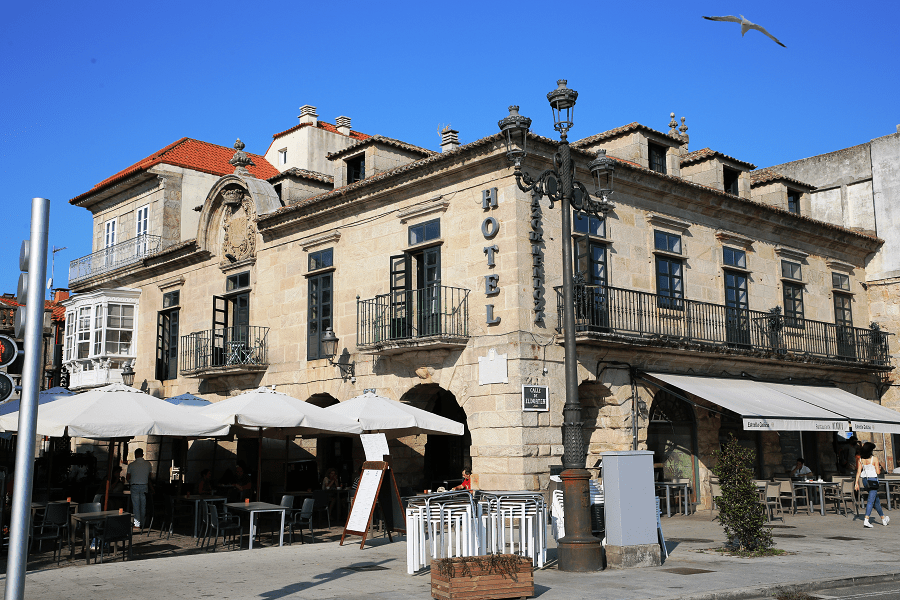 Since it is on the Portuguese Way path of the Camino de Santiago 30,000 hikers also visit every year. 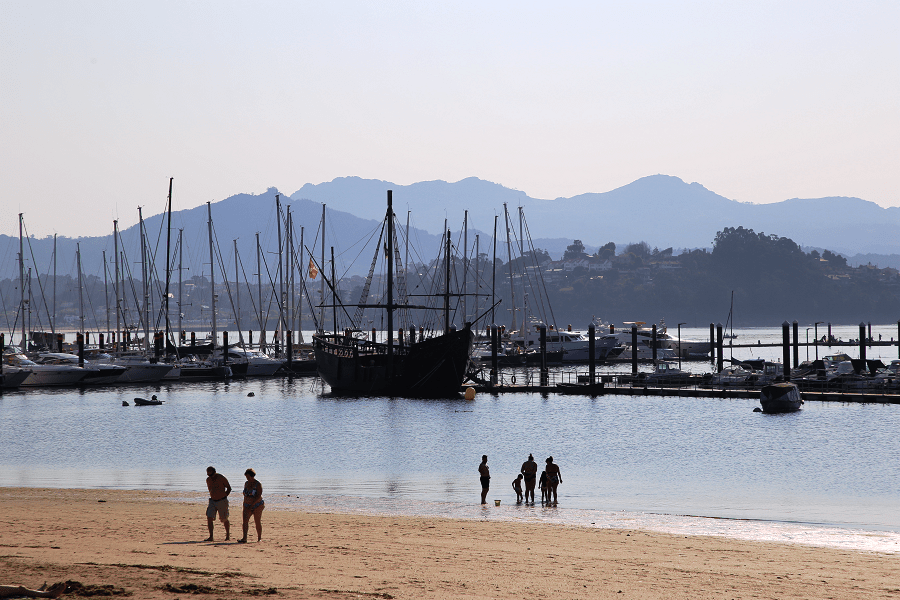 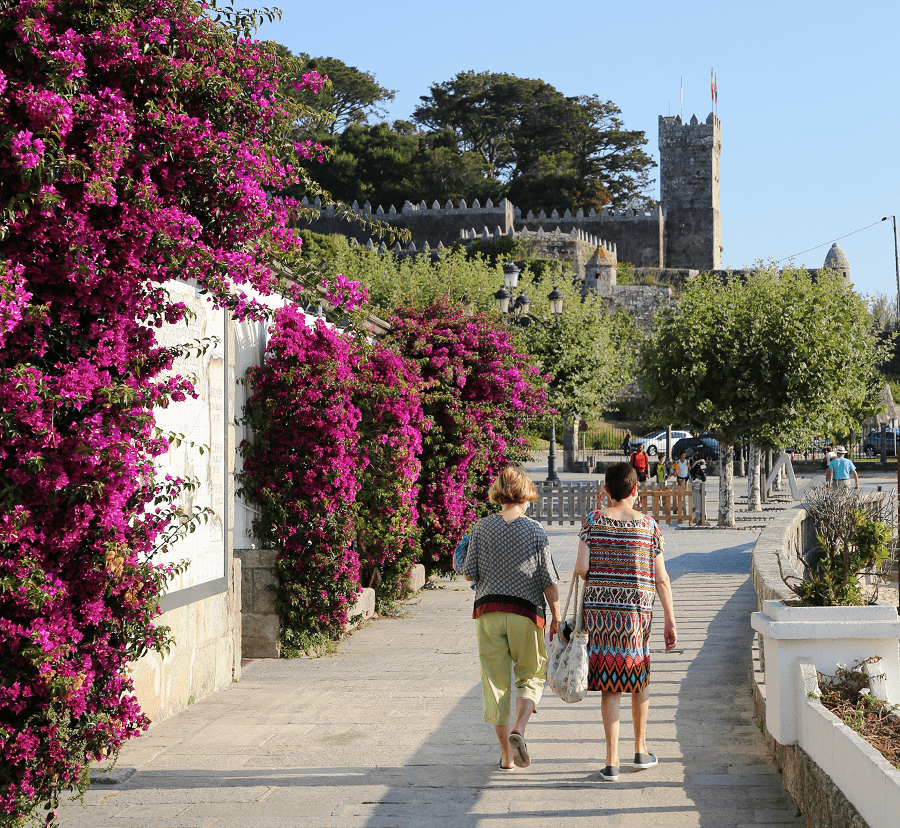 The old town of Baiona was declared a historical-artistic interest by the General Directorate of Heritage in 1993, coinciding with the celebration of the V Centenary of the Arrival. 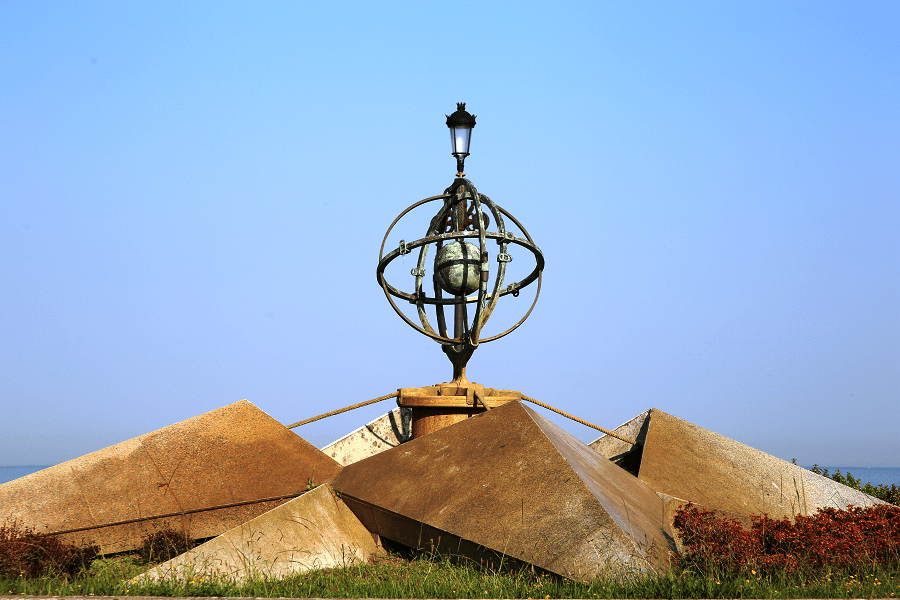 The Monterreal Castle or Baiona  Castle is a 12th century fortress, which was completed in the 16th century. It is also known as the Monte Boi fortress. Today it houses the Parador del Conde de Gondomar Hotel.

The castle is surrounded by a promenade, where on the one hand you can see the architecture of the castle and on the other the waves crashing against the rocks. 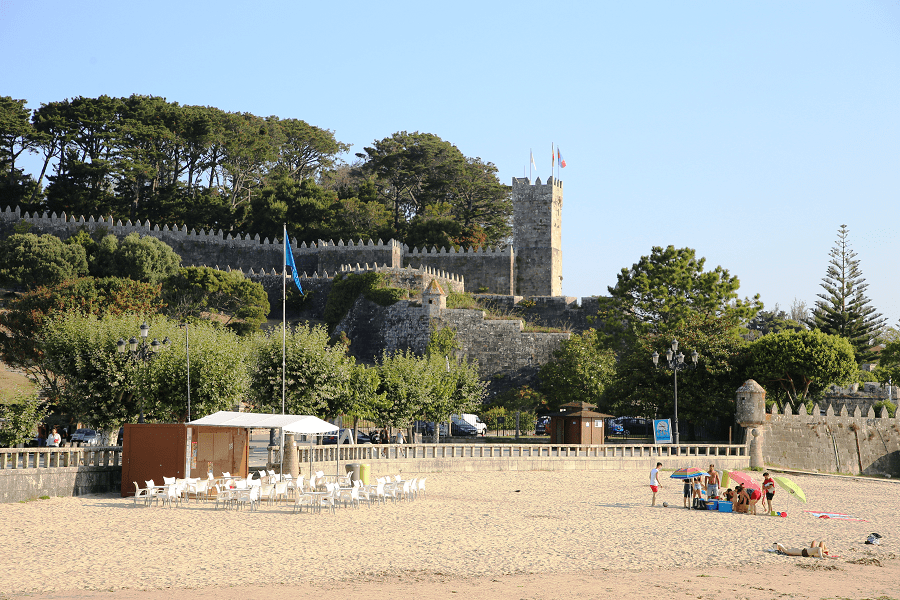 Monte Real was a strategic point on which the defense of the maritime territory of the Rías Bajas was formed over the centuries. The transformation of the fortress into a town was due to the Catholic Monarchs who granted the respective Puebla Charter, which made it possible for two hundred families to settle within the walls, enjoying the same privileges as the residents of Baiona. 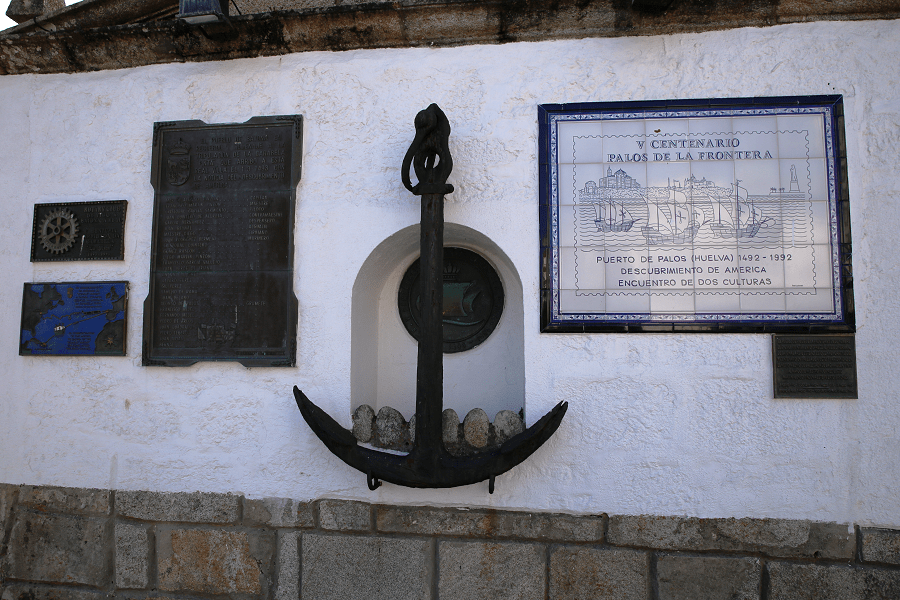 House Salgado (XVI). Various reforms undertaken throughout its history removed the original features of the building of the 16th century. The coat of arms itself is not preserved. It was known as the House of the Seven bonnets. 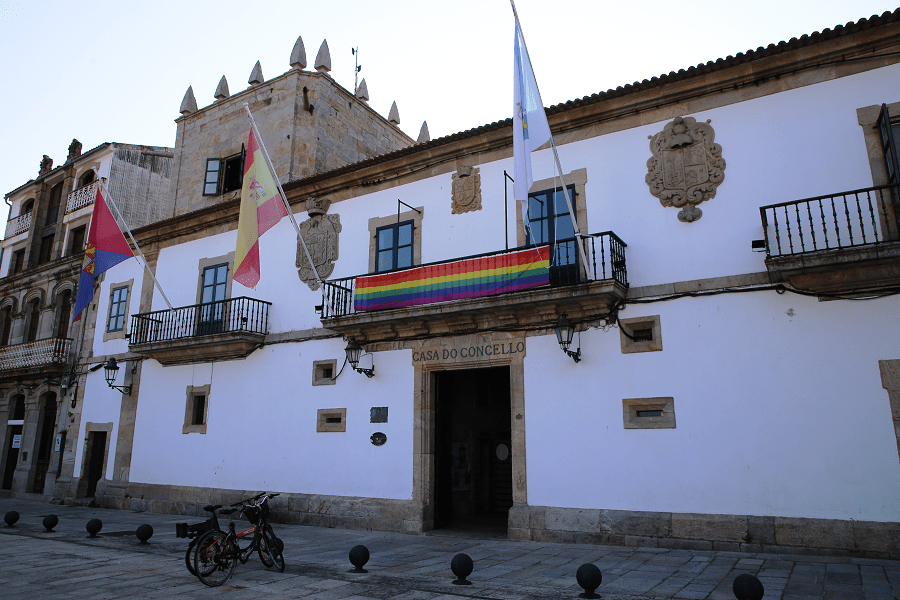 Domincas Convent (XVII) built in 1547 on another former building of the XIII century. It has a chapel, convent, orchard. The Baroque altarpiece of the high altar is dedicated to Our Lady of the Annunciation, Patroness of Baiona. 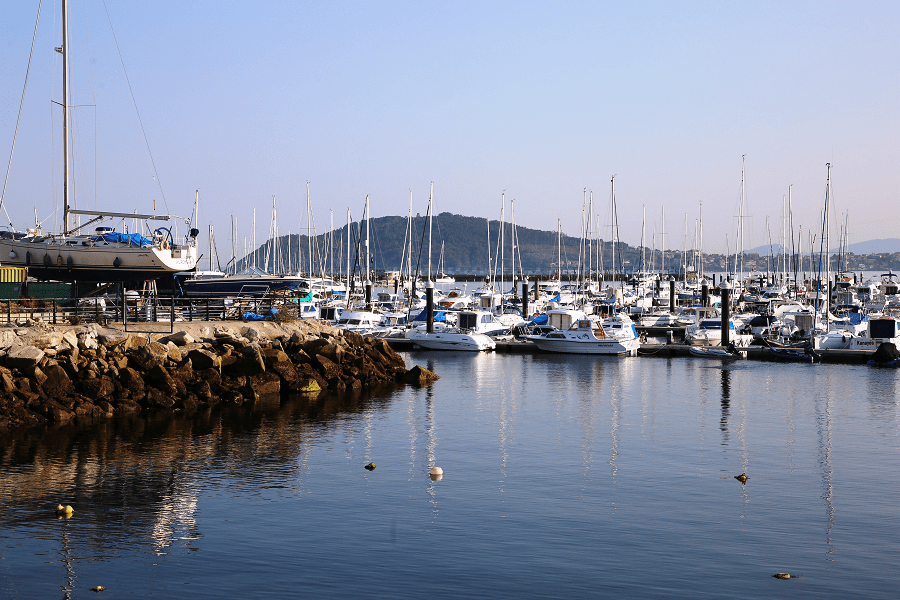 Collegiate Church (XII – XIV century). Data from the second half of the 12th century. It was reconstructed mostly in the 14th century. It has Romanesque style.

The Sanctuary Santa Liberata was built in 1709. 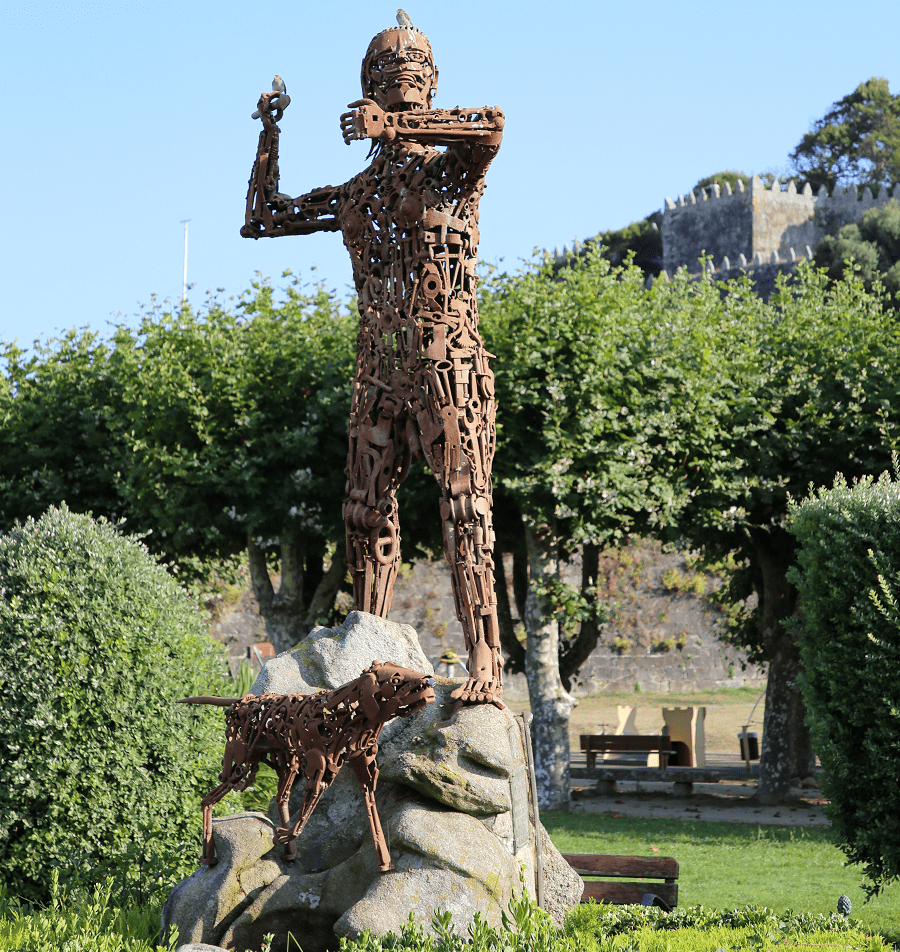 Casa del Dean Mendoza (XVIII) is one of the best preserved historic buildings in the Old Town. Today it is a hotel and restaurant. Built in 1768 by D. baionés Polycarp Mendoza, Dean of the Santiago Metropolitan Chapter. 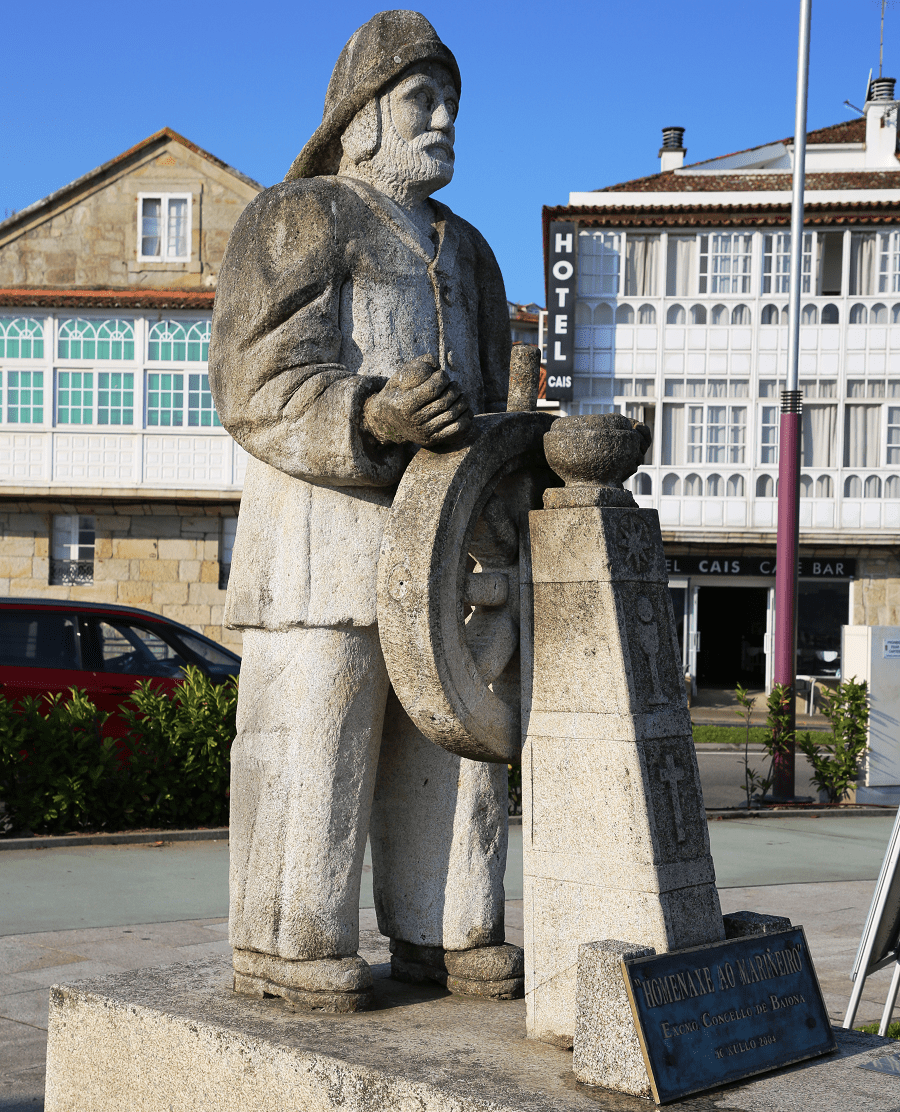 Praia dos Frades, small sandy and rocky beach next to a historic fortress named after monks that once swam there. 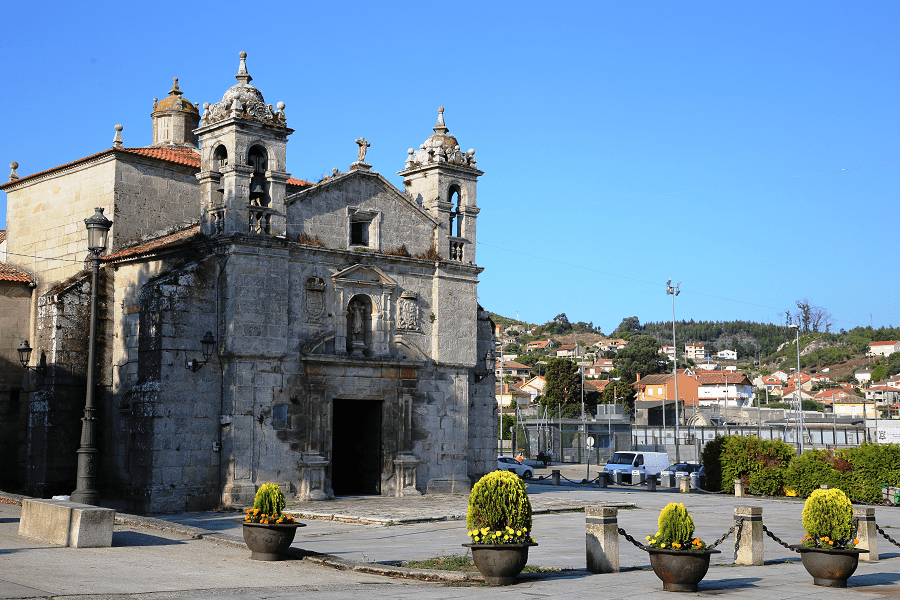 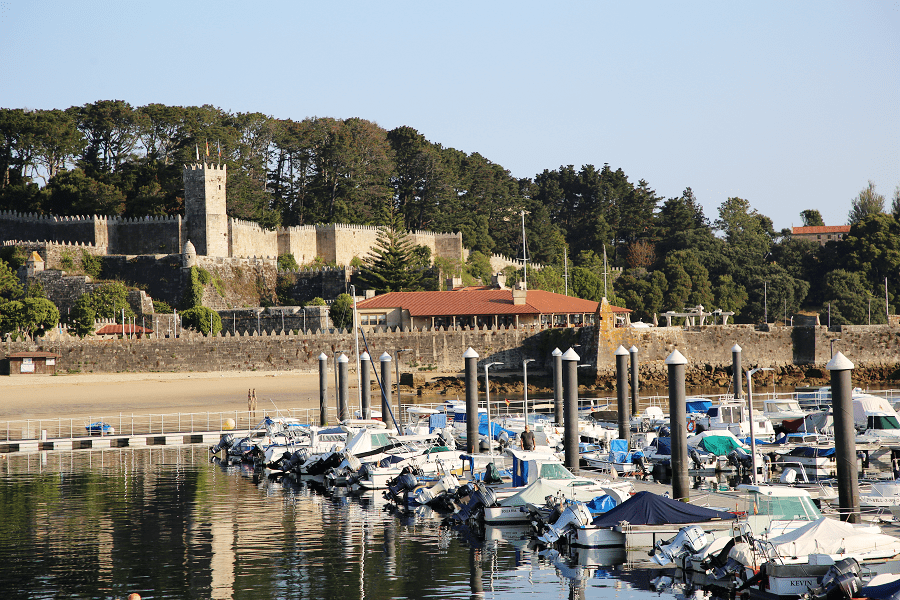 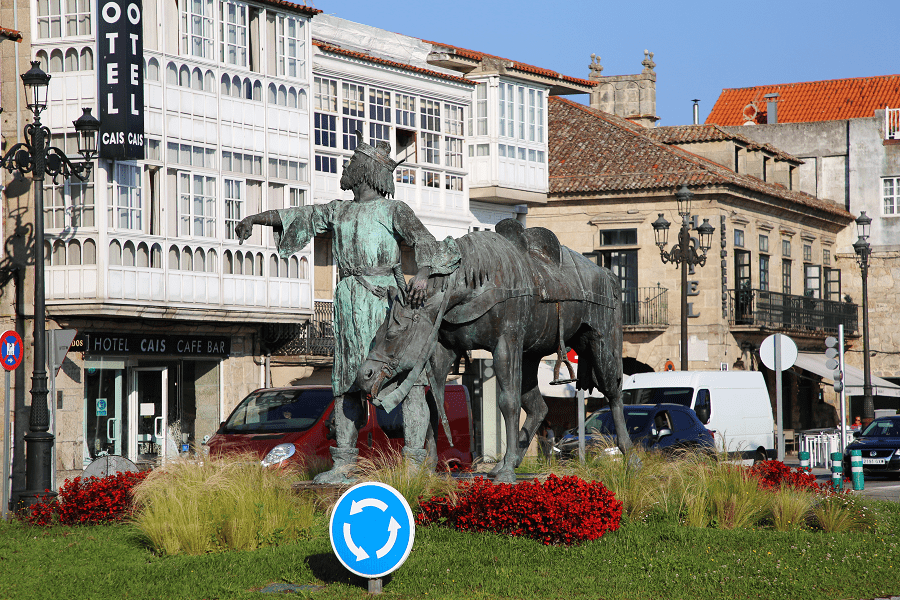 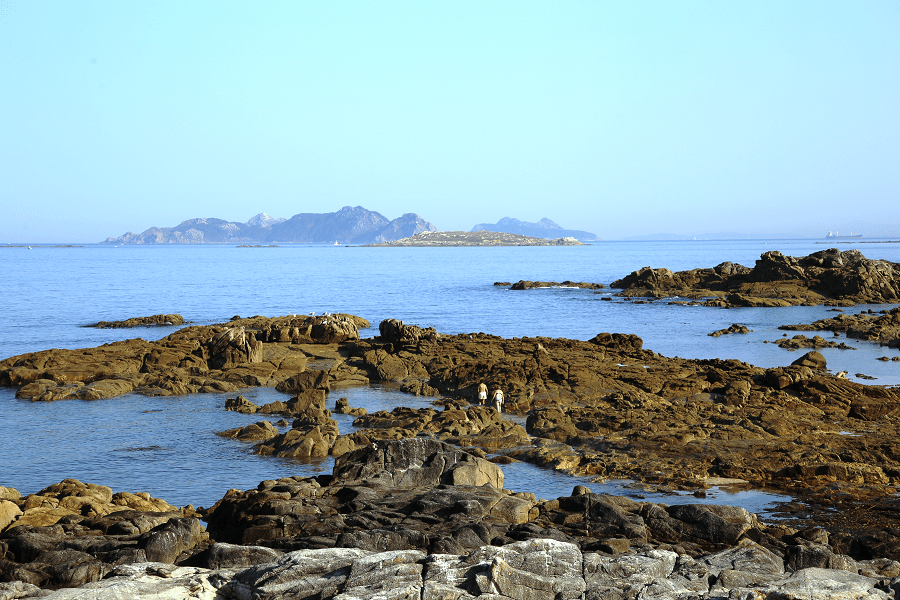