Ayora and its castle • All PYRENEES · France, Spain, Andorra 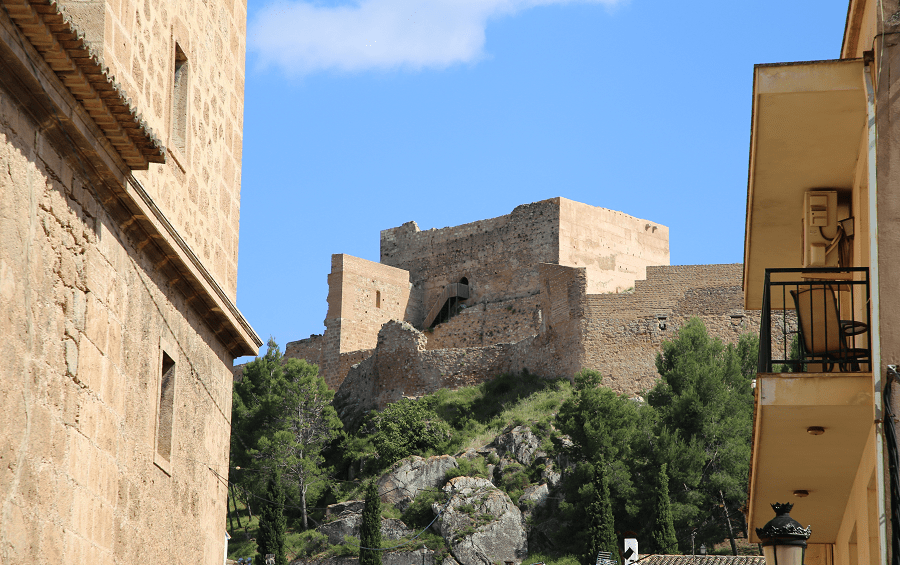 Its economy is based on agriculture and livestock. Today Ayora is the largest promoter of honey in the world.

The castle of Ayora is located at an elevation of 552 meters above sea level. Built possibly in the middle of the 13th century, after the Christian reconquest, at the site of the Arab ruins. The complex consisted of a four-storey palace-residence, two strongholds and a large keep, as well as other rooms for soldiers and servants, wells and gardens. The complex was surrounded by nearly a thousand meters of defensive walls and towers. 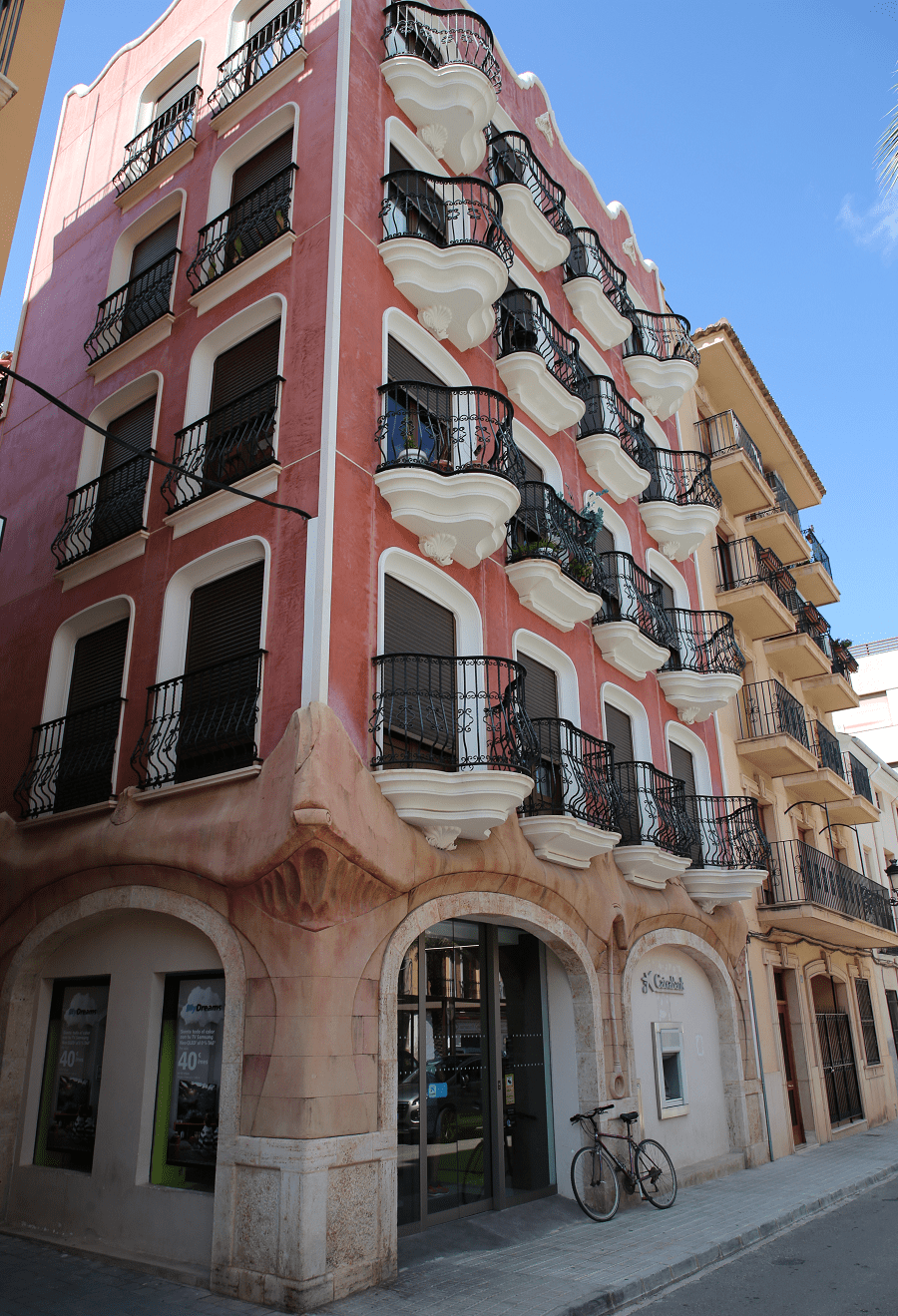 The castle was ruined by the troops of Felipe V in the War of the Spanish Succession, but its profile and large dimensions are still perceptible. Among its remains, the square-shaped keep, the false door, ordered to be built by the Marquesa de Zenete in the 16th century, on which was her coat of arms, as well as canvases, walls, buckets, moats and cisterns stands out.

The Parish Church of the Assumption of Our Lady is located in the center of Ayora, forming an almost complete block. It is a compendium of architecture between the 16th and 17th centuries, with a Renaissance and Mannerist style. It currently houses the parish archive and a museum of sacred art.

The church of Santa María La Mayor, also called the hermitage of San Blas in the municipality of Ayora, is a religious building built in the 13th century in a Gothic style which was expanded in the 15th century and renovated in the 18th century. 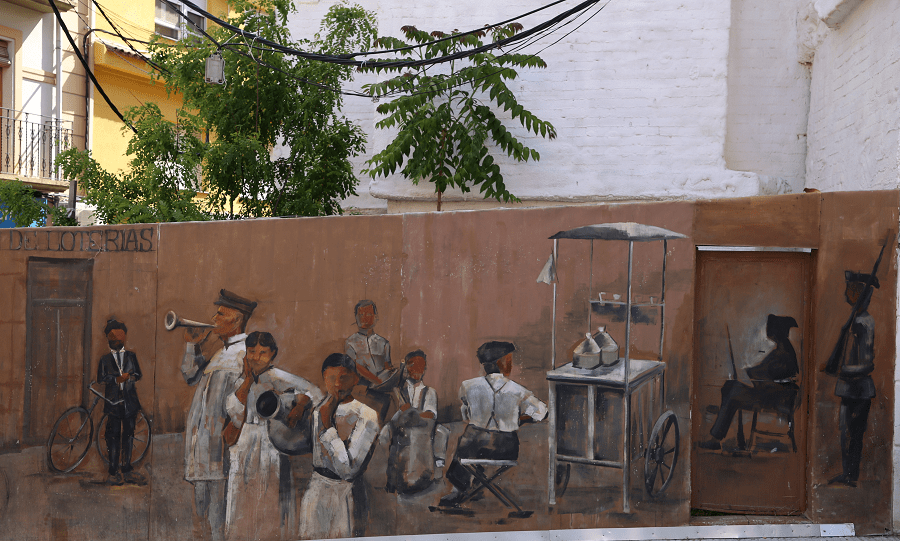 It has been declared a Site of Cultural Interest since September 28, 2007.

The Iberian settlement Castellar de Meca, whose period corresponds to the Iberian period (5th-2nd centuries BC), and also to bronze, Roman, Islamic, medieval, is located in the municipal area of Ayora.

It has been declared an Asset of Cultural Interest since June 3, 1931. 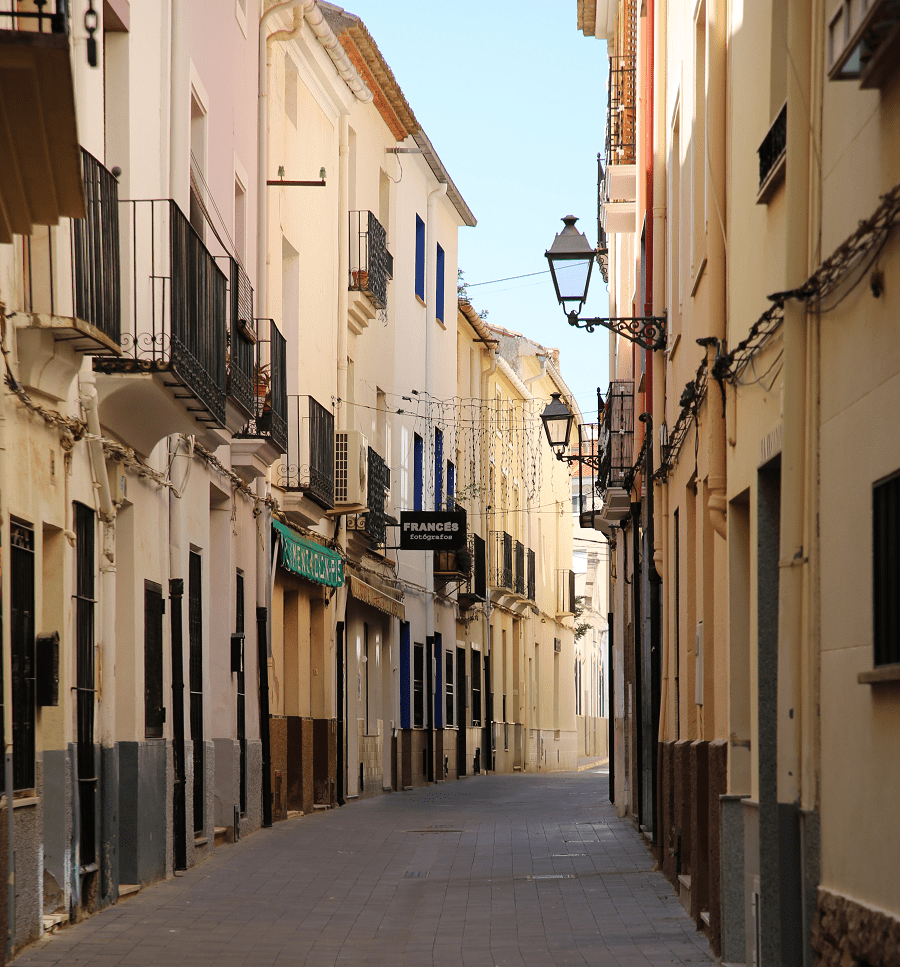 Sierra de Palomeras: Palomeras peak is located at 1258 meters above sea level, being the highest point in the region. On one of its faces, at a height of 1000 meters, you can enter to the cave Cueva Negra, which reaches a depth of approximately 200 meters, with wide galleries and an abundance of stalactites and stalagmites. 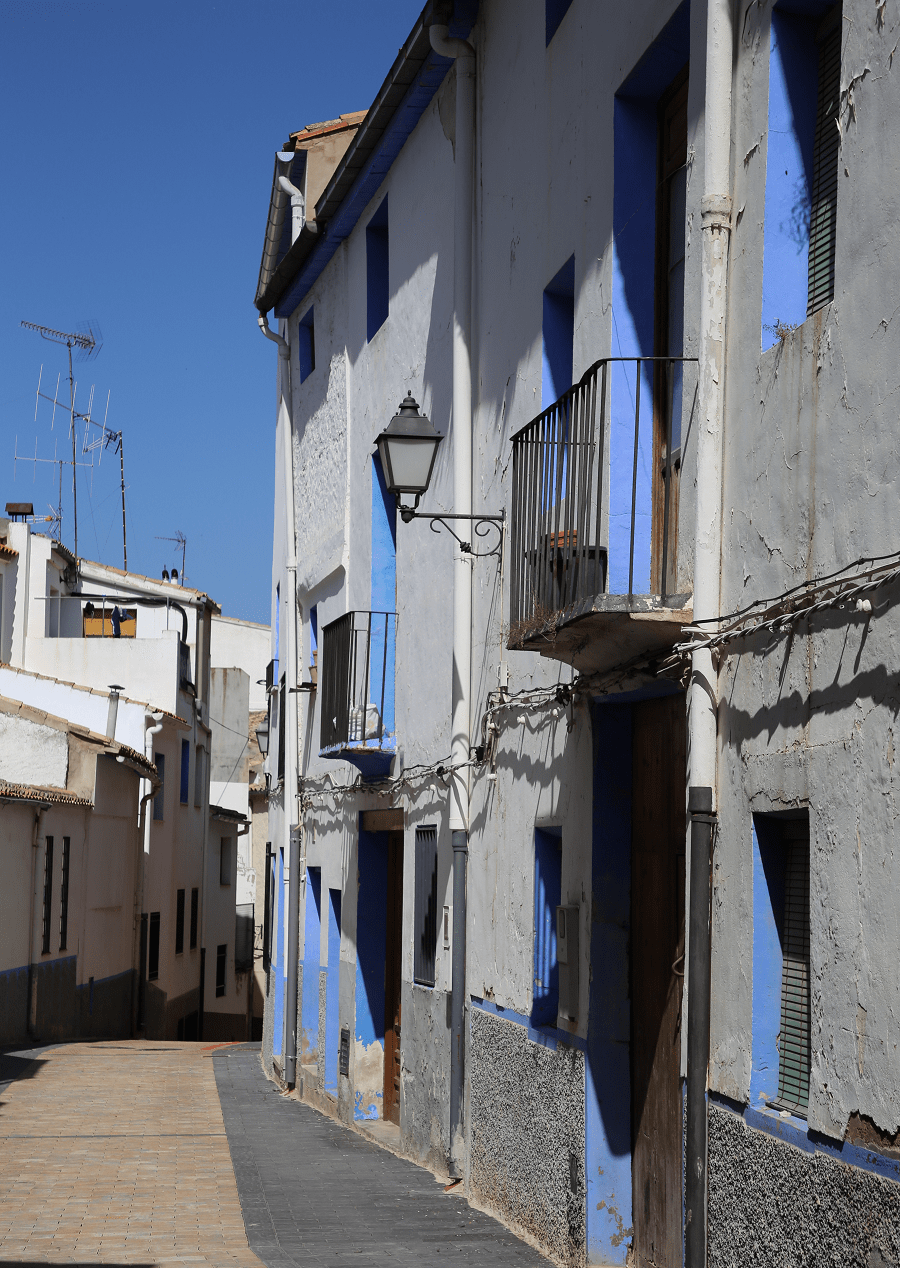 La Hunde: To the northeast of the municipality of Ayora, at the foot of the Sierra Palomera, at an altitude of 875 meters, there is one of the most important natural heritages in the Valencian Community. It is an extensive pine forest, very well cared for, there are spaces for camping and recreation areas. Its fauna variety stands out (genet, wild boar, golden eagle, Bonelli’s eagle, squirrels) and its plant variety (maples, ash trees, holm oaks, junipers, holm oaks and pines).

The Sierra de Ayora: To the east of Ayora is the mountain range, with approximately 20,000 ha. Raised at 1000 meters above sea level, it allows a bird’s eye view of the Ayora Valley and the Canal de Navarrés. This massif houses in its interior a multitude of natural enclaves (shelters, caves, rivers) interesting for its richness in terms of flora and fauna. 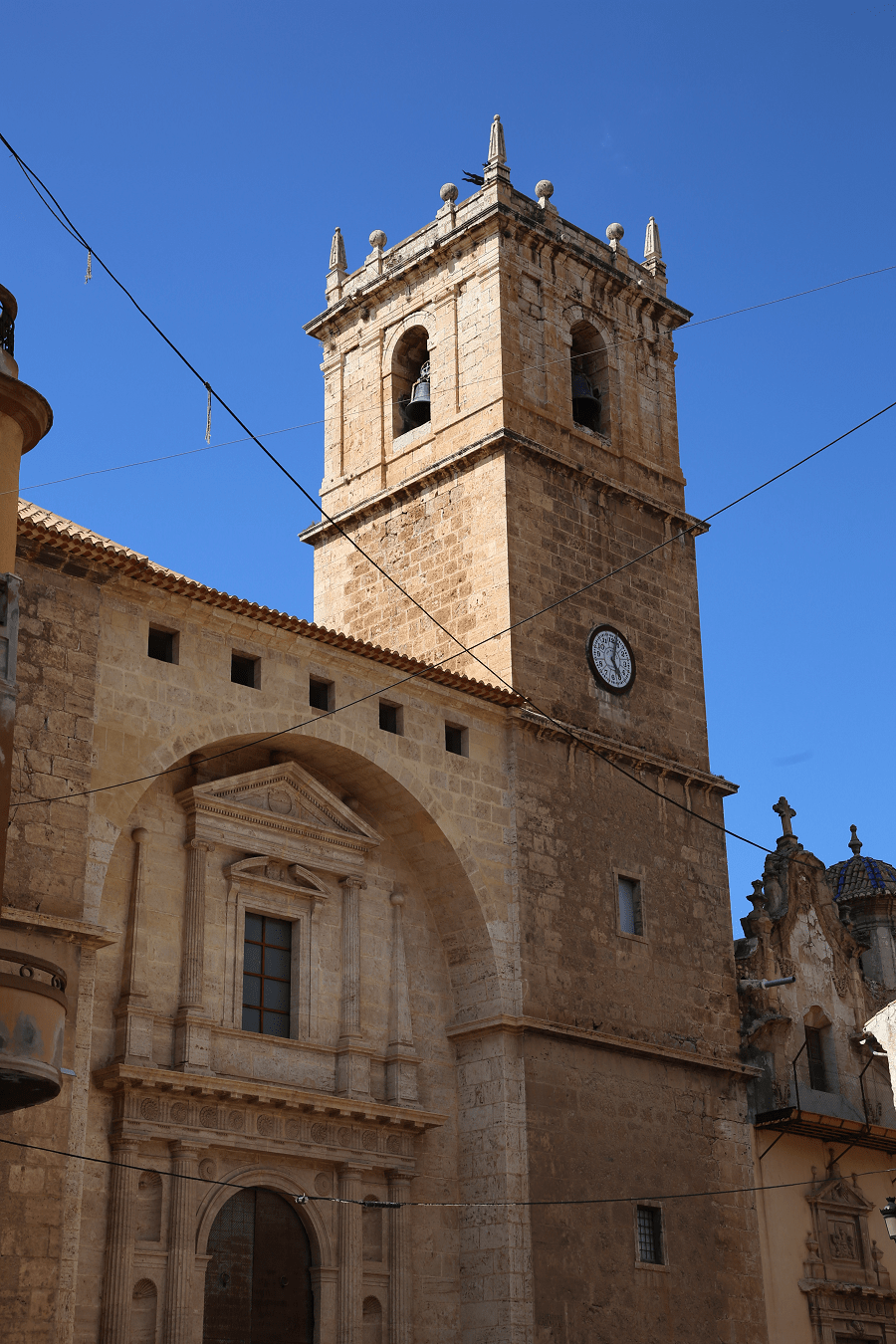 La Hoz: Natural area with abundant vegetation due to the humidity of the area. Various species of birds such as vultures can be found.

El Monte Mayor: Peak located approximately two kilometers from the town with a height of 1108 meters above sea level, it is characterized by the panoramic view, as well as by the hermitage built on its top, the object of pilgrimage.

Reconque River: River and its unique flora and fauna. 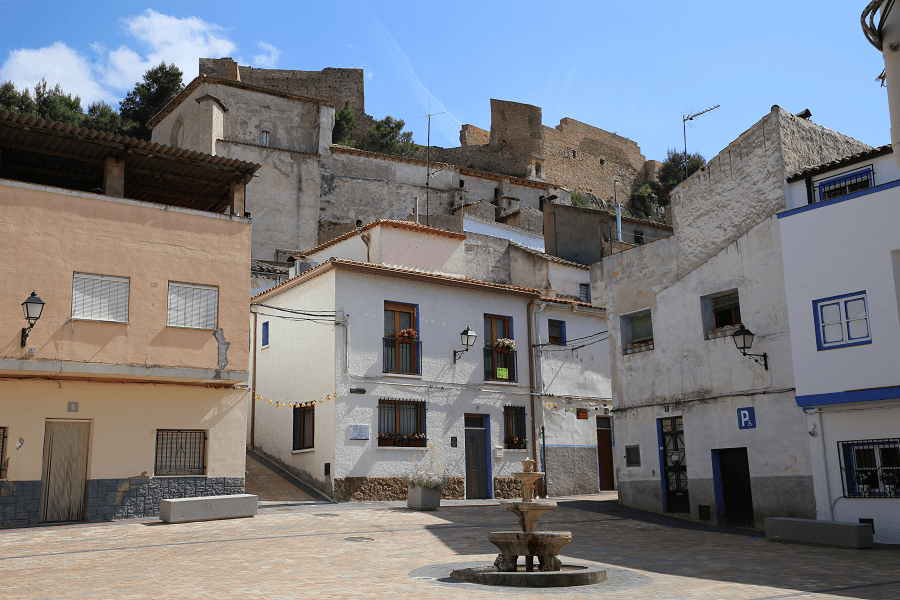 For passenger transport, the Monbus and Chambitos companies offer services to different destinations such as Valencia, Albacete, Almansa or Játiva.

The closest railway station is the Almansa station, located 21 kilometers away, belonging to the Madrid-Valencia line. It connects the city with Madrid, Valencia, Barcelona, Albacete, Ciudad Real, Jaén and Alicante.

The closest options are the airports of Valencia and Alicante-Elche, located 120 and 117 km away respectively. 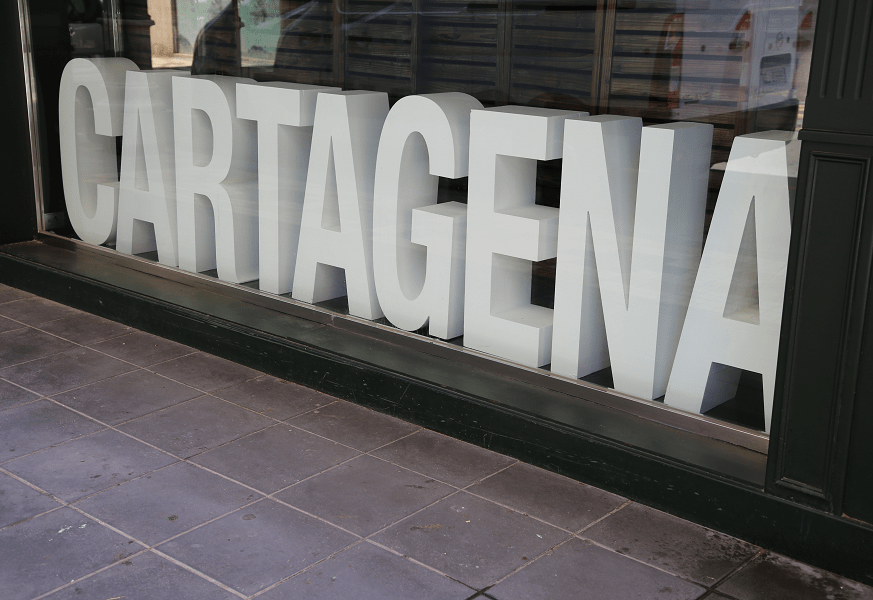 Cartagena and its heritage