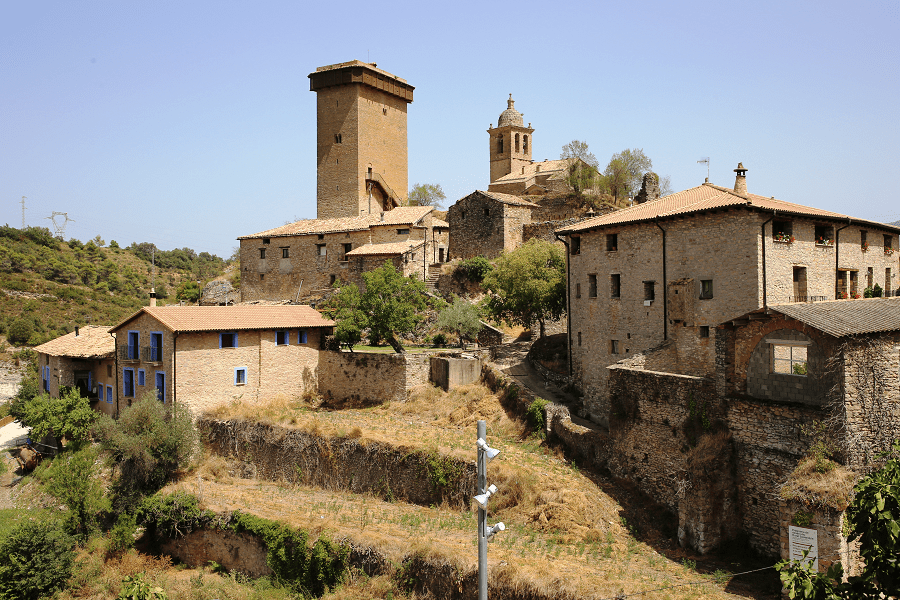 Abizanda is a municipality and a town located in the province of Huesca, Aragon, Pyrenees, Spain.

The Castle of Abizanda or Tower of Abizanda is is remarkably visible from the entrance to the town, which it dominates from above. It has been declared an Asset of Cultural Interest. 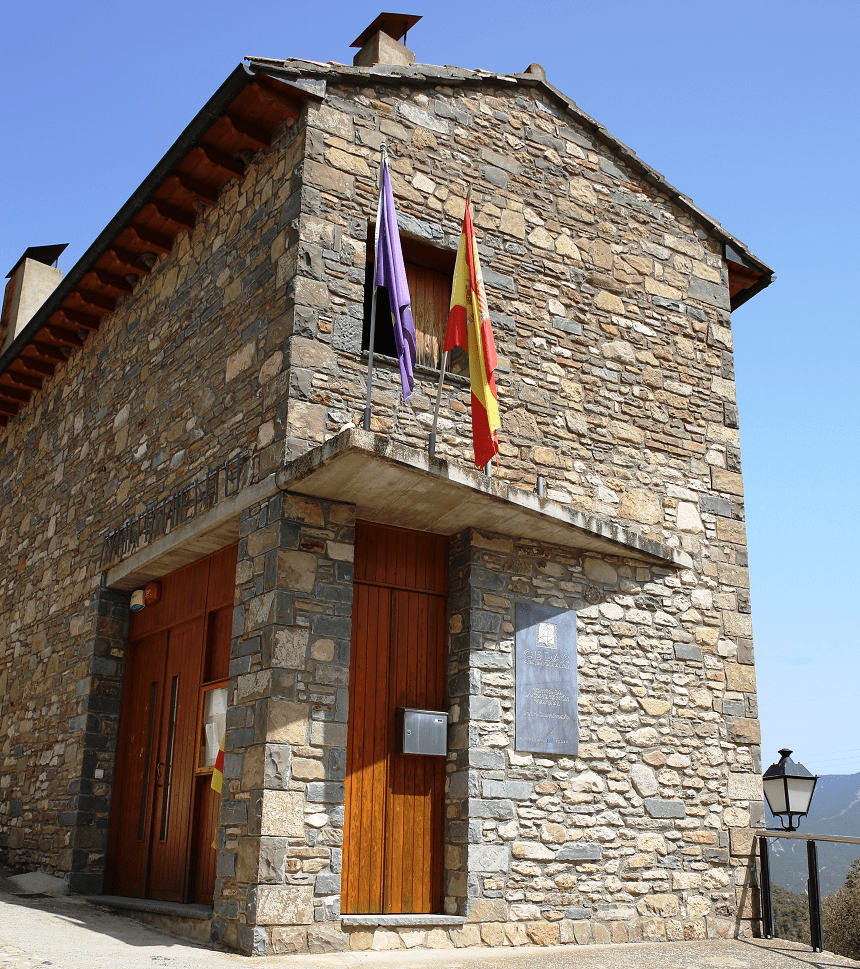 The castle of Abizanda has its origin in the periods of Sancho III el Mayor, specifically in 1023. He built a defensive line through towers and castles to control the border area in front of the territories of Muslim domination. The castle’s mission was to control both the Cinca valley area and the Isábena river basin. 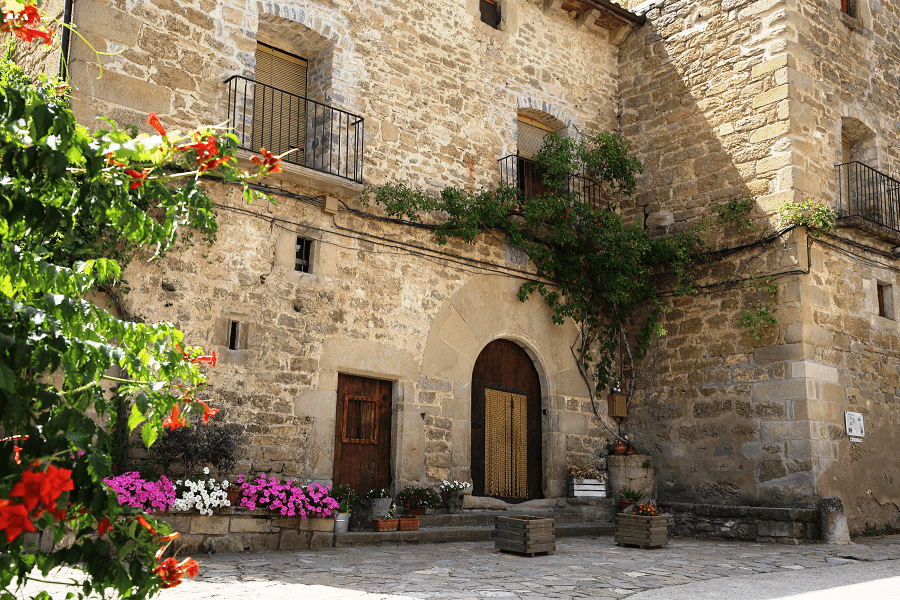 It is a fortified enclosure located in the upper part of the town whose best preserved element is the tower located at the north end. The enclosure is made up of the remains of various towers, bastions and a church, all enclosed by a wall. 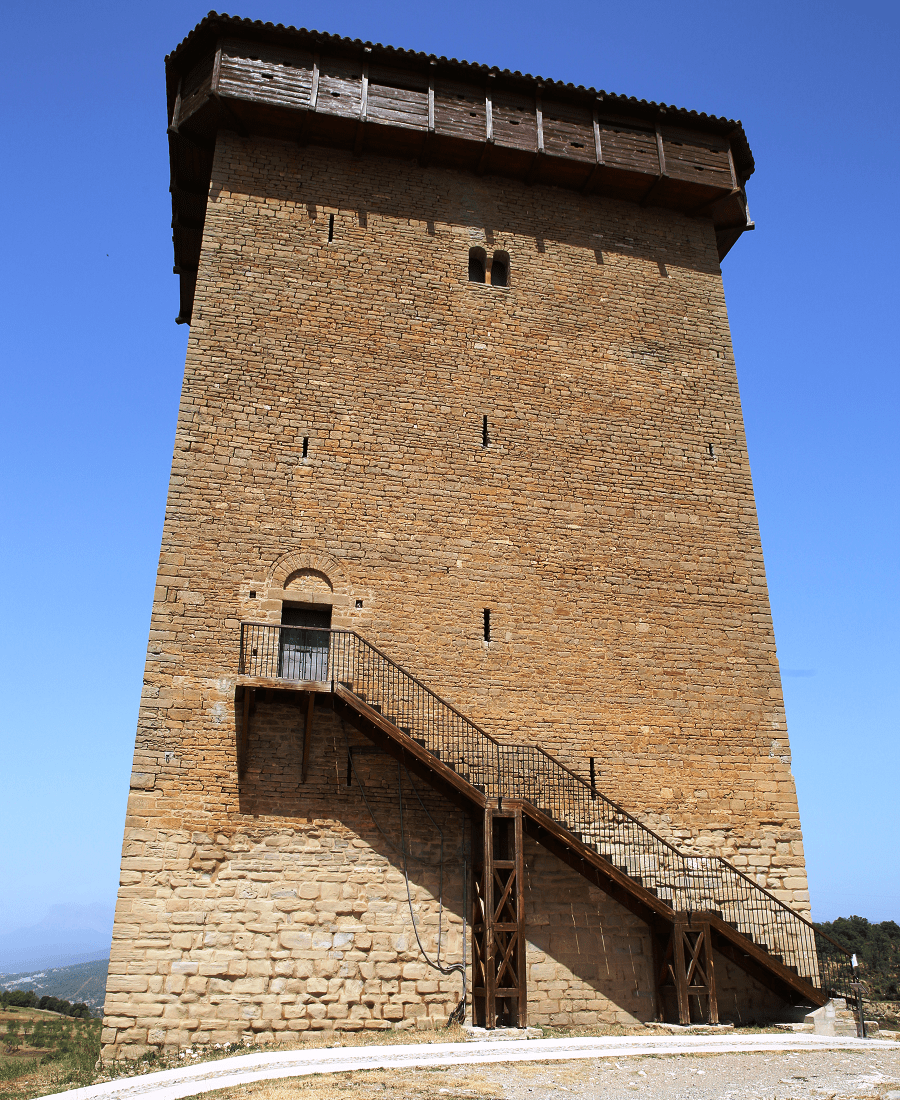 The Abizanda tower, 24 meters high, is one of the most spectacular in Alto Aragón. Its construction is associated with Lombard masters, in the oldest Romanesque style. It consisted of two construction phases. The first of them dates from the 10th century, destroyed in 1006 by Muslim troops. The second dates from the first half of the 11th century. The access door is 7 meters high. One of the most characteristic elements of the tower is the scaffold that runs along its entire perimeter on its fifth floor. 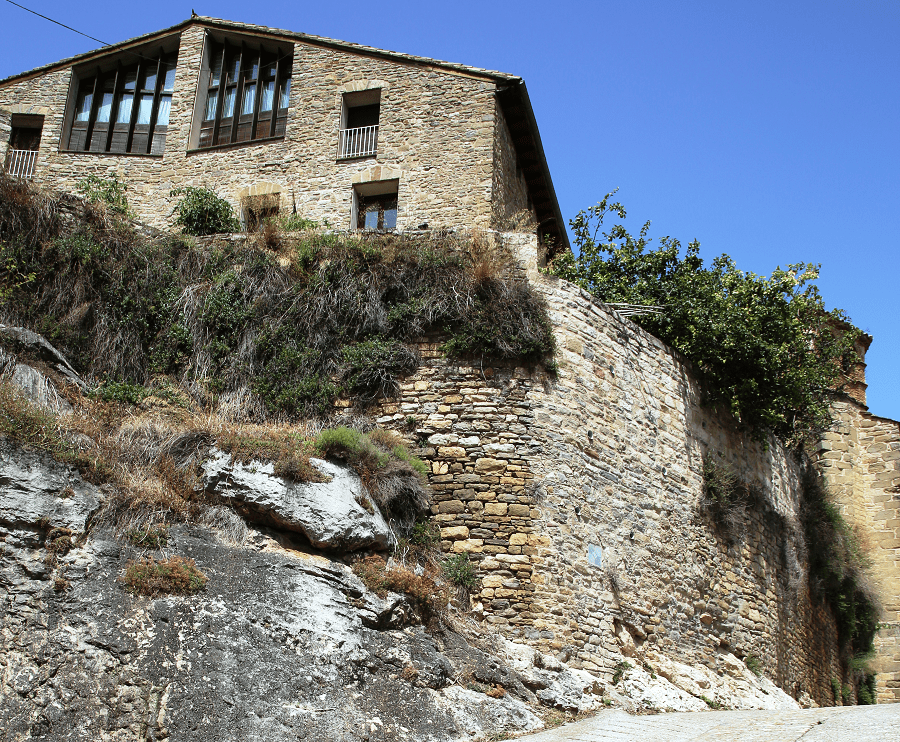 Magnificent examples of traditional architecture in the city also stand out, such as Casa Carlos or its beautiful well-fountain of Islamic origin. 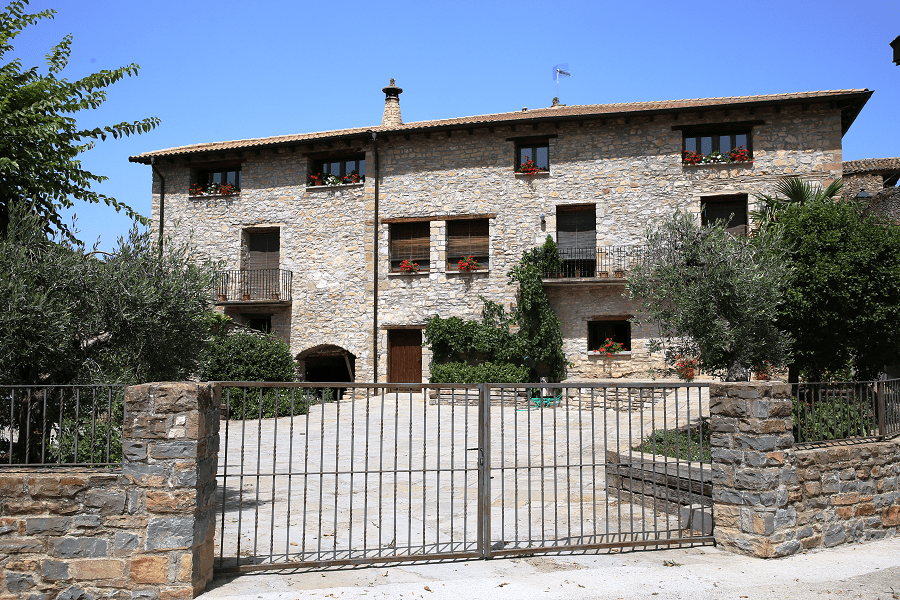 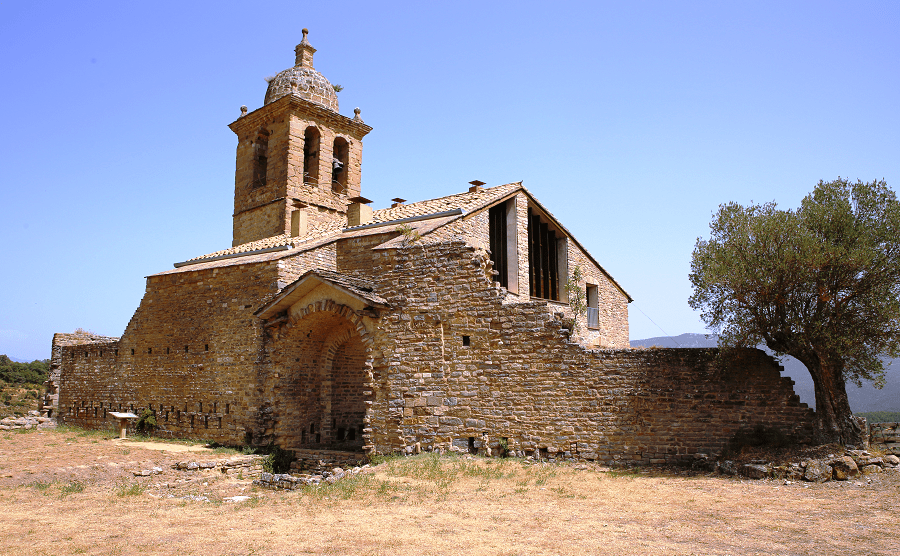