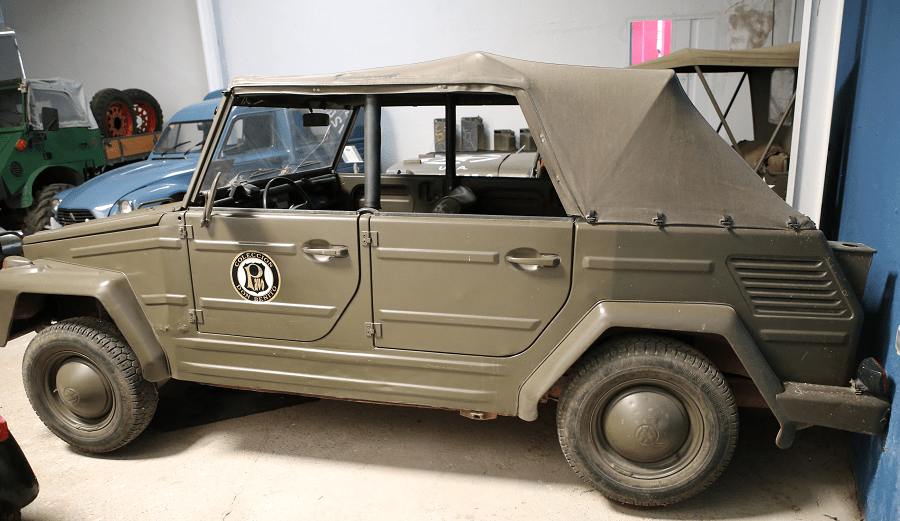 The Volkswagen Type 181 is a two-wheel drive, four-door, convertible, manufactured and marketed by Volkswagen from 1968 to 1983. Originally developed for the West German Army, the Type 181 also entered the civilian market as the Kurierwagen (“courier car”) in West Germany, the Trekker (RHD Type 182) in the United Kingdom, the Thing in the United States (1973–74), the Safari in Mexico and South America, and Pescaccia in Italy. Civilian sales ended after model year 1980. Kübelwagen is a German word, contracted from Kübelsitzwagen (literally: ‘bucket-seat car’) – originally military slang for doorless cross-country and field-cars, fitted with bucket seats, to prevent riders from falling out of the vehicle – became a household word similar in meaning to the english “jeep”. 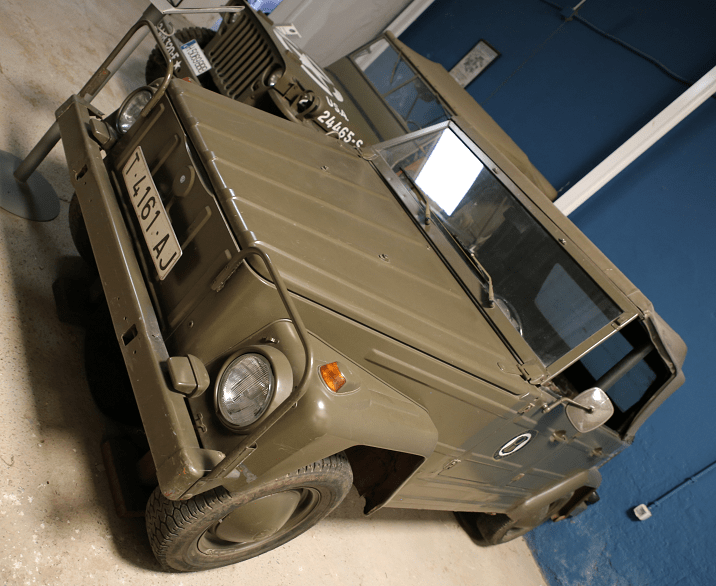