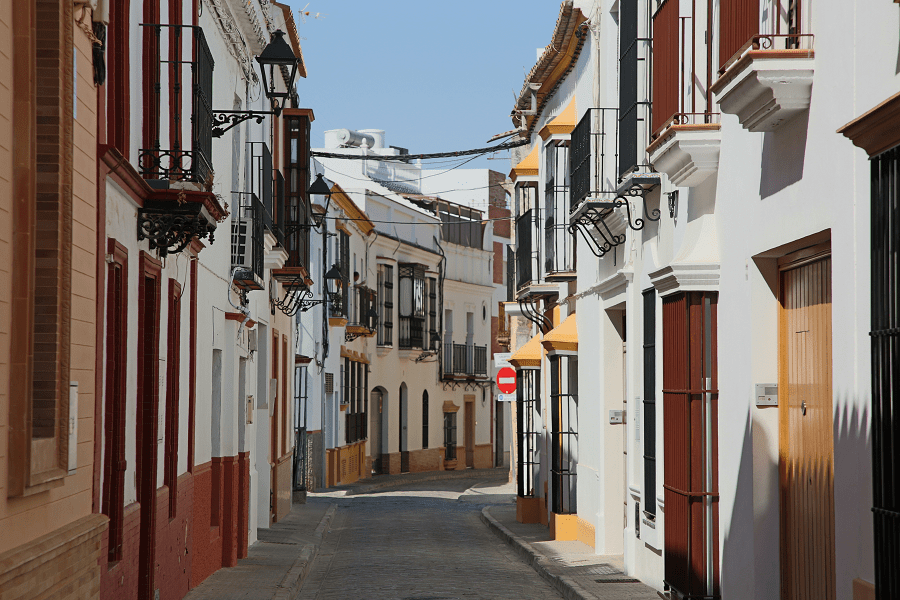 Utrera is a municipality and city in the province of Seville (Spain), in Andalusia. It is the 10th largest municipality in the autonomous community. Belonging to the agricultural region of La Campiña, it has a population of 50,962 inhabitants (INE 2020) and is the head of the homonymous judicial district. 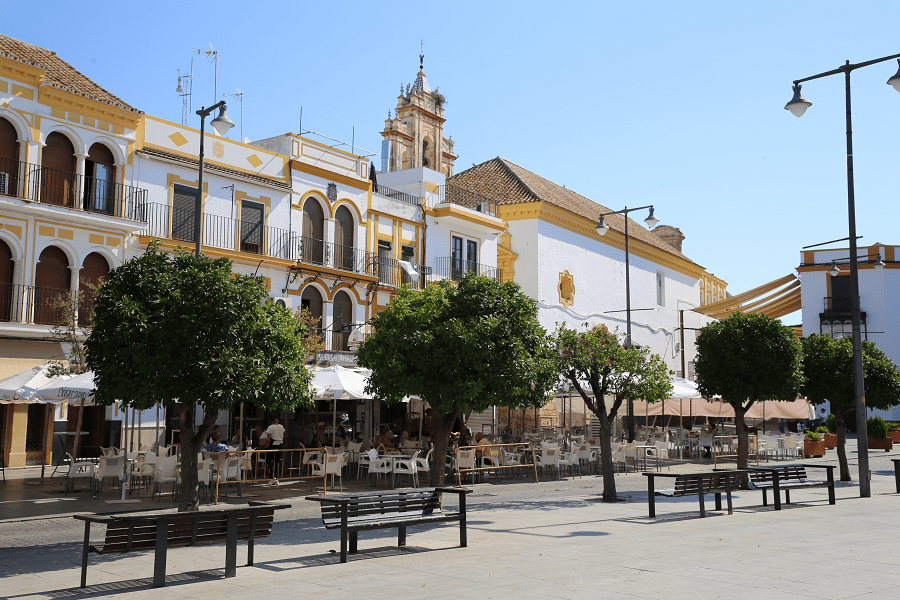 The historic center has been declared an Asset of Cultural Interest as a Historic-Artistic Site since 2002. The city is considered one of the historical cradles of flamenco, and a landmark in the origin of the fighting bull, with several ranches in its municipal area famous. 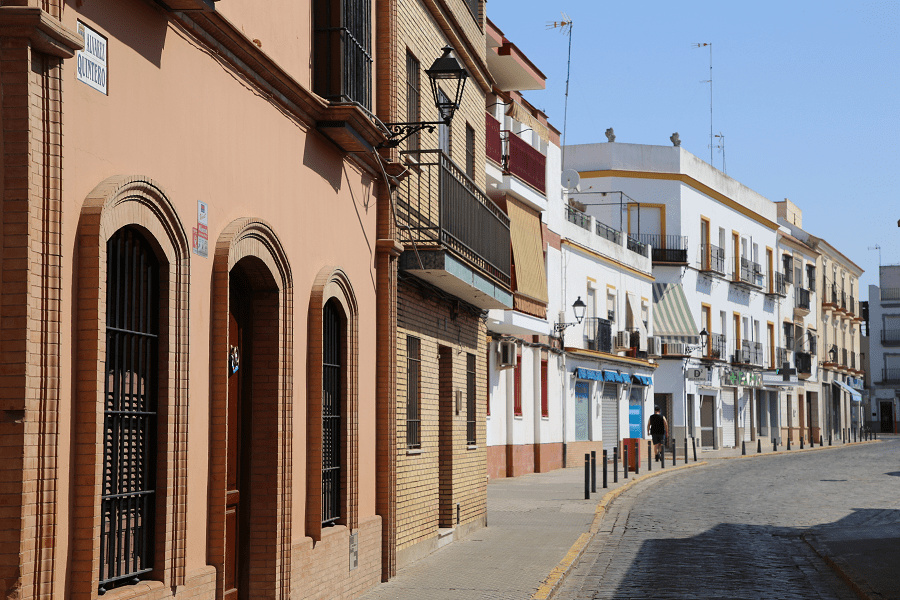 Church of Santa María de la Mesa has been declared an Asset of Cultural Interest as a Historic-Artistic Monument since 1979. It is part of the characteristic landscape of Utrera, since its tower, being the tallest building in the city, can be seen from any high point. It is a medieval temple that was reformed in 1401 and later in the 16th century, the portal of the feet and the transept belonging to this second phase. 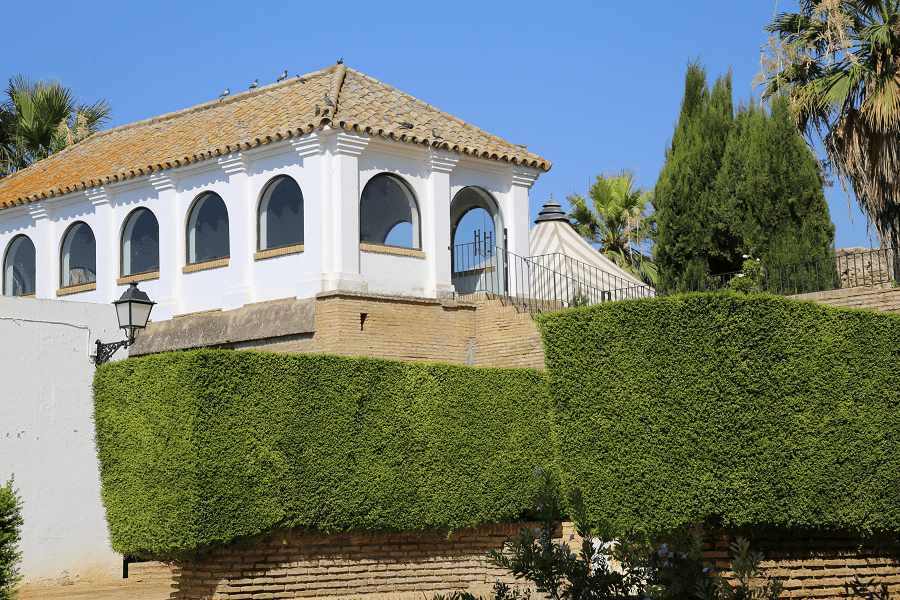 Church of Santiago is a parish church, and has been declared an Asset of Cultural Interest as a Historic-Artistic Monument since 1977. It is a 14th-century Gothic temple with a long history. It is located in the vicinity of the castle. Its hall-like plan is divided by fasciculated pillars and covered with ribbed vaults of great beauty. Later, the naves were completed with a Renaissance dome and Baroque and Neoclassical chapels. 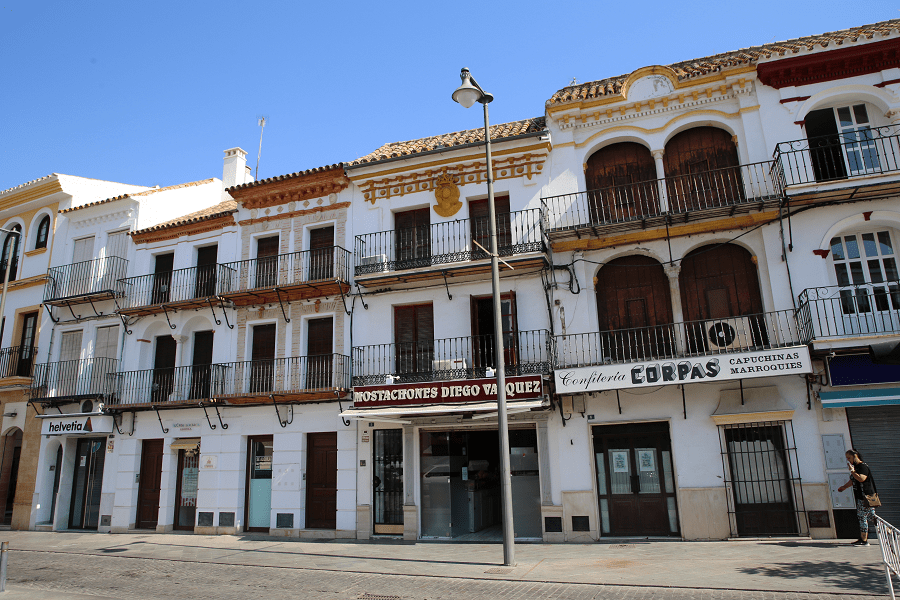 Convent of the Immaculate Conception was founded in 1577 by Francisco Álvarez de Bohórquez and his wife Catalina de Coria. In this cloistered convent are the nuns of the Discalced Carmelite order. 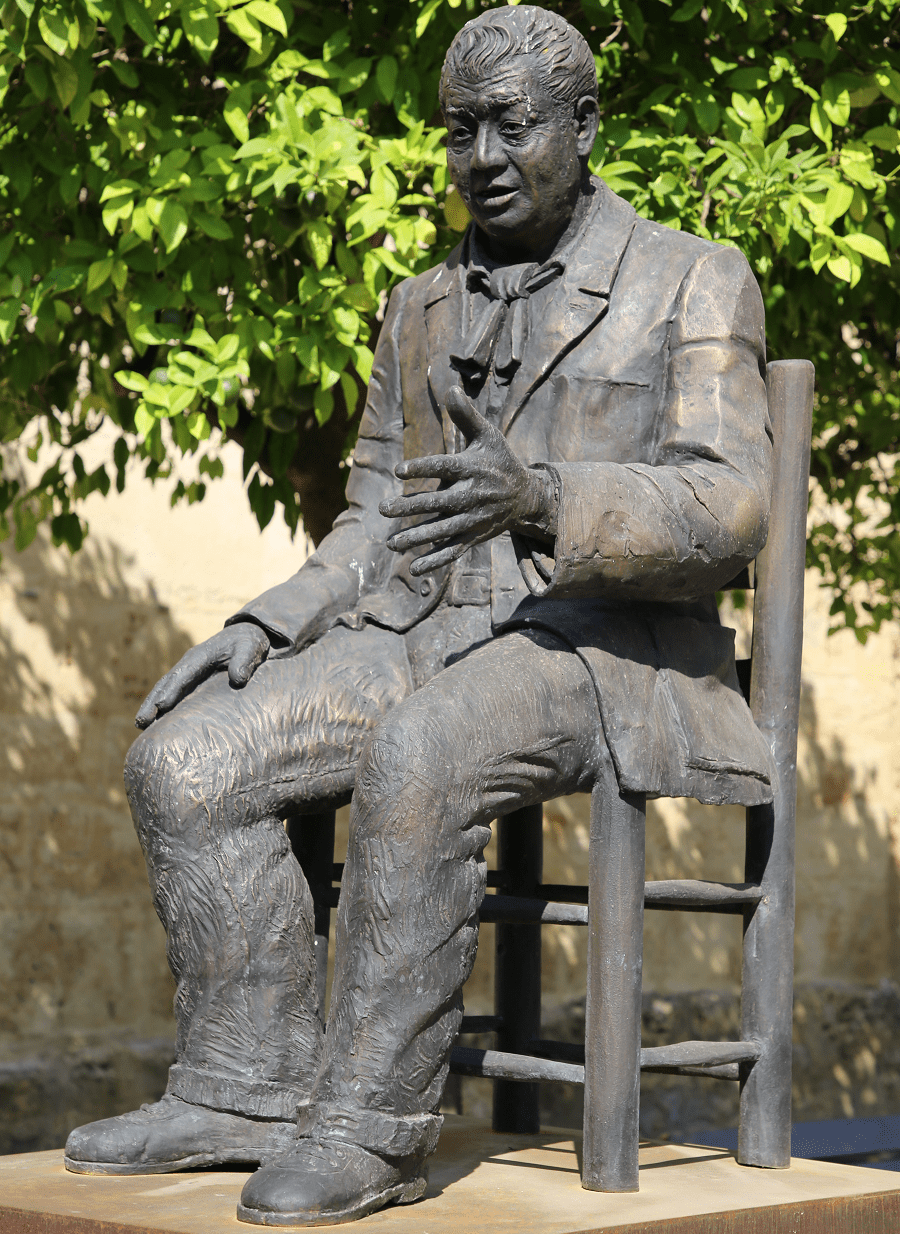 Convent of the Sisters of La Cruz and Capilla de los Dolores was built in the second quarter of the 18th century. The completion of its construction is dated 1747. The Sisters of the Cross reside in this convent. Attached to this convent is the Chapel of Los Dolores, whose elliptical plan is one of the few examples of this type in Sevillian Baroque architecture. 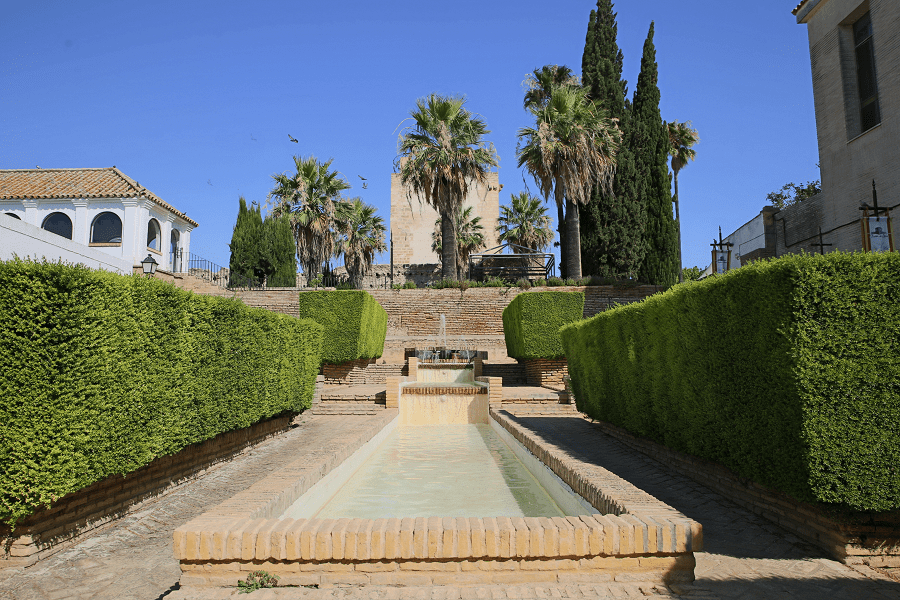 Hospital de la Santa Resurrección was founded in 1514 by Catalina de Perea, the widow of Lope Ponce de León. Since then, it has been renovated and enlarged several times, although the white marble colonnade with semicircular arches in the central courtyard and the polygonal-section brick pillars stand out.

The Utrera castle is located on a natural hill very close to the parish of Santiago el Mayor. It has been declared an Asset of Cultural Interest and a Historic-Artistic Monument since 1985. It was built by the Seville Council on the remains of an old Arab tower. It is cited in 1264 by Alfonso X the Wise. In 1368 it was destroyed by Muhammed V of Granada and later rebuilt in the late 14th century. Since the end of the 15th century it has remained abandoned at the end of the 20th century, in which a series of actions have been carried out aimed at its recovery for public use. Now its open for public. 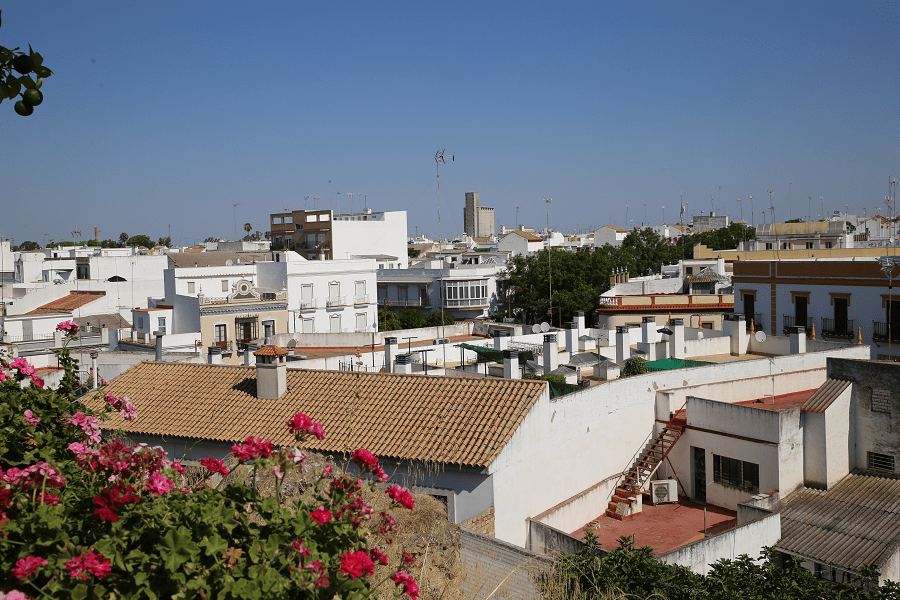 Casa Surga is a manor house in the Sevillian style, dated 1783, and composed of a main house and a labor house. It is currently in a dilapidated state and cannot be visited, due to abandonment and continuous looting. Prior to its deterioration, it had been declared a Site of Cultural Interest and a Historic-Artistic Monument in 1977.

Barracks house of the Civil Guard was declared an Asset of Cultural Interest and Historic-Artistic Monument in 1985. It is a Castilian-style construction made in 1577. Originally, it was a cavalry barracks, which was built by the Cabildo during the reign of Felipe II. Later it served as a barracks house for the Civil Guard. 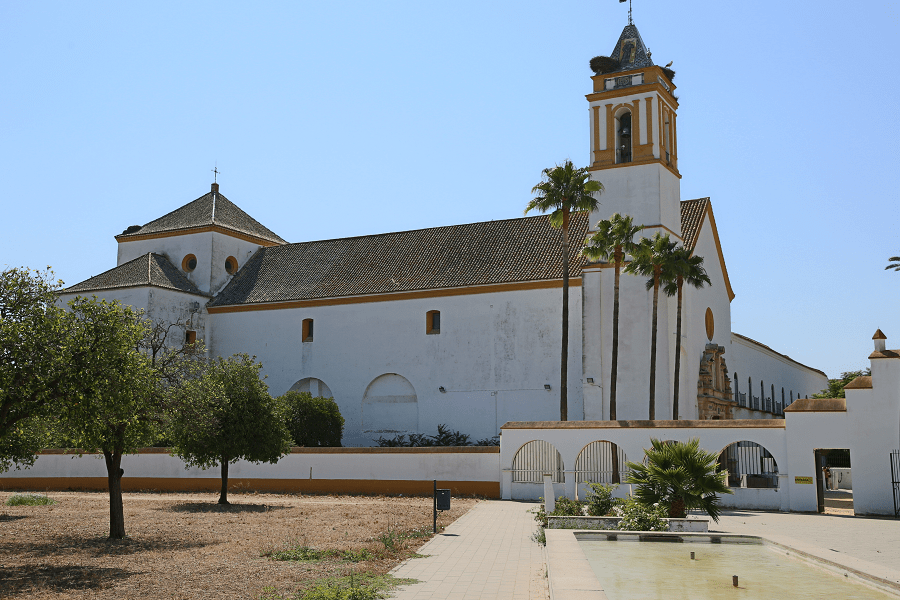 Town Hall or the old palace of the Counts of Vistahermosa is located in the Plaza de Gibaxa. Its rococo façade is from 1730. Inside its romantic and historicist rooms stand out. It is currently the headquarters of the Utrera City Council.

Enrique de la Cuadra Municipal Theater was built between September 1885 and January 1887, by order of Enrique de la Cuadra. The total cost of the works was 218,000 reales, a considerable amount for its time. It is a theater designed in the Italian style, with a very balanced distribution between the room for the public and the stage. 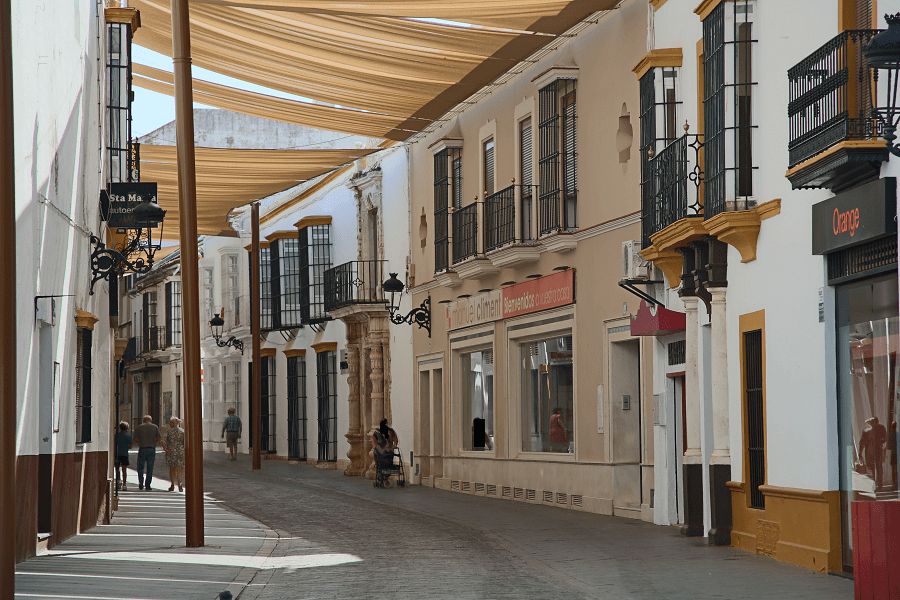 Utrera gastronomy is very varied, and includes many of the traditional dishes of Andalusian cuisine, such as gazpacho, caldereta and stews. Legumes, garden products, rice, meats and olive oil constitute the basis of the most representative cuisine of La Campiña. It is common to find meat stews among its typical dishes, such as the characteristic bull’s tail stew. Table olive pickles are a frequent appetizer or starter in the bars or restaurants. The gordal olive is a typical variety of the area, and is highly appreciated for its size and flavor. 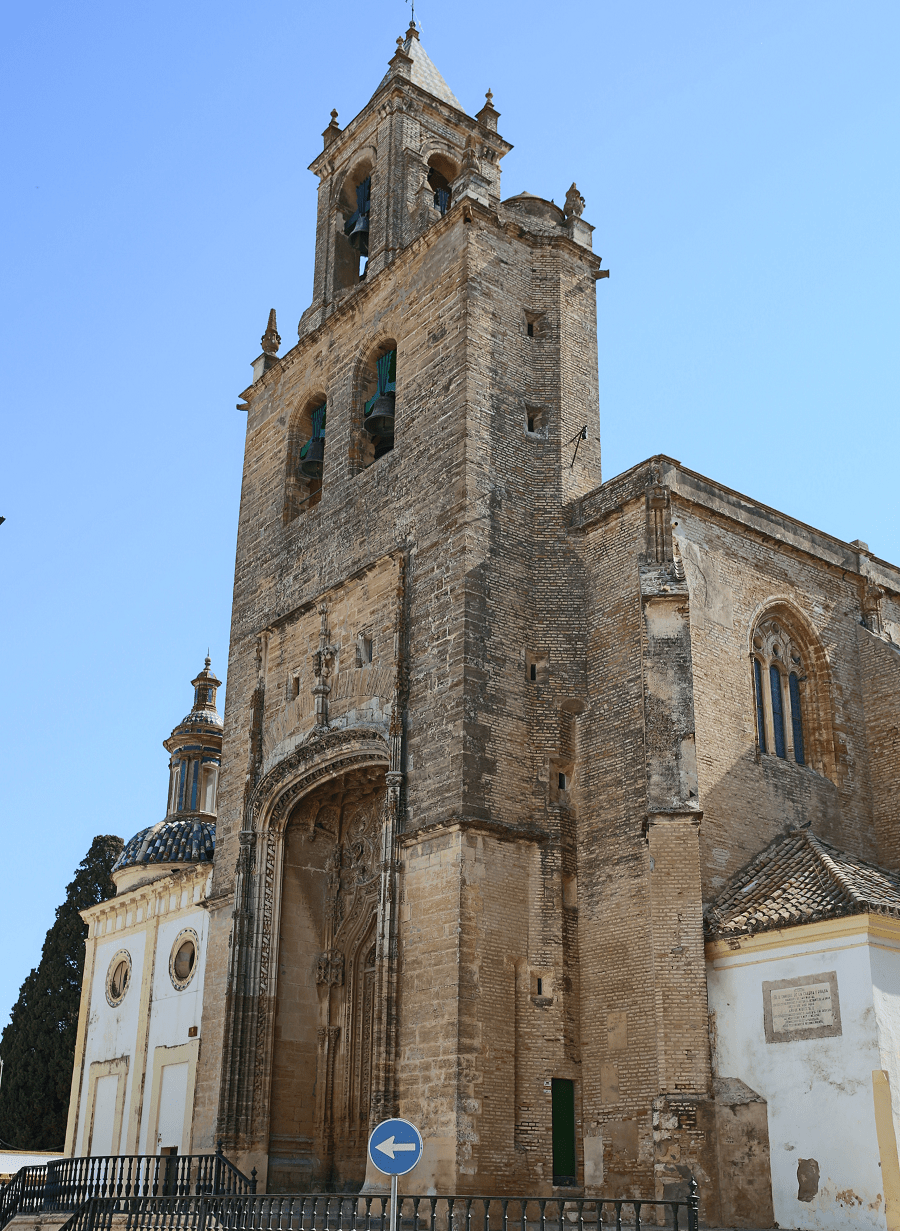 Procession of the Three Wise Men on 5 January. The Three Kings and characters from tales and movies are depicted on floats, from which sweets and trinkets are thrown to the children. On this day it is very typical to eat a cake called “roscón de Reyes”, which comes with a little gift inside. 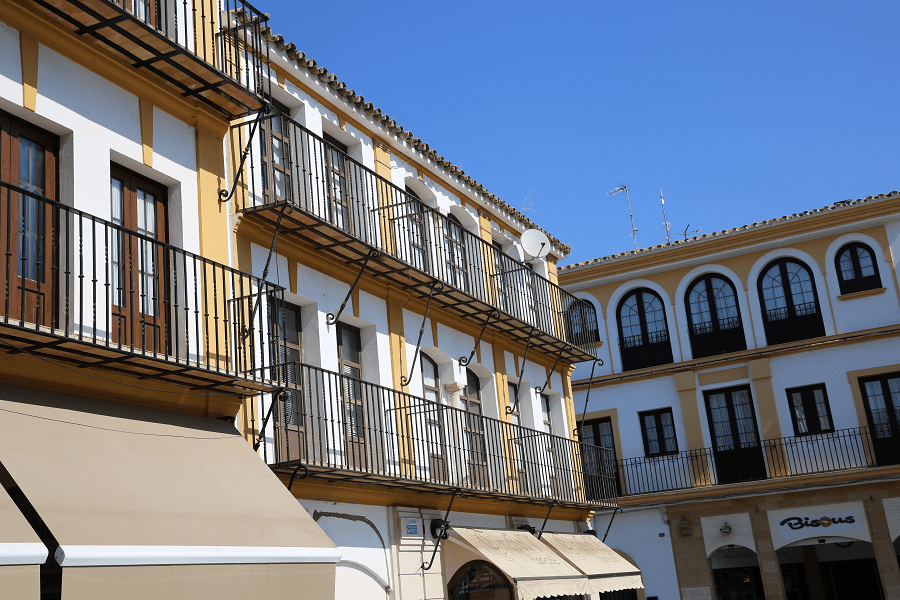 Carnival, celebrated at the end of February. There is a contest organized by city hall featuring elaborate dresses, and prizes are awarded to those judged the winners.

Andalusia Day & ‘Bicycle day on 28 February. Andalusia Day commemorates the day when Andalusia’s Statute of Autonomy was approved. Bicycle Day, in which groups of people ride around the city on bicycles, is celebrated the same day. There are raffles and performances after the ride.

Holy Week (Semana Santa). The different brotherhoods of Utrera walk through the city carrying images of Jesus Christ, the Virgin, and scenes of Christ’s Passion in procession from the churches. These are followed by musical bands and “nazarenos”, i.e., people doing penance and giving thanks for special events in their lives. It is similar to Seville’s Holy Week. 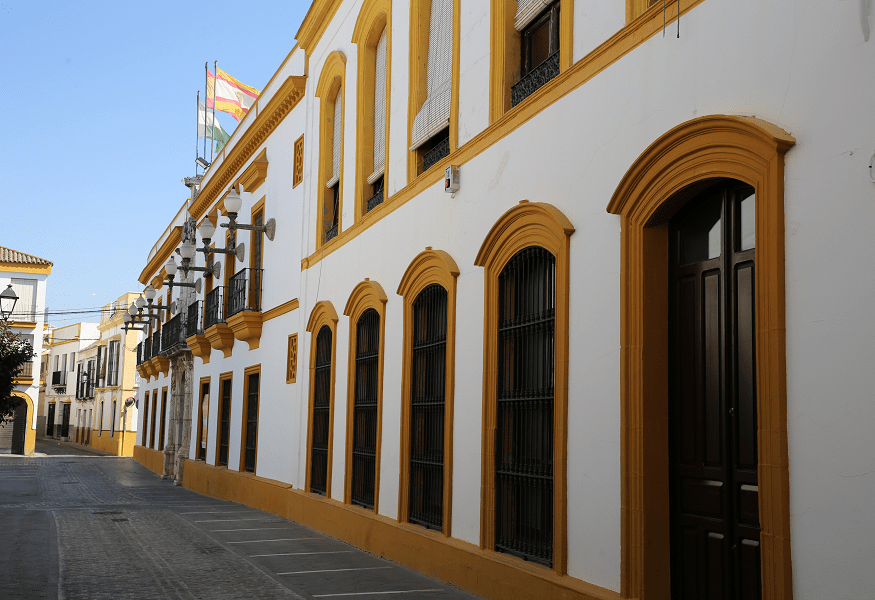 Tapas Fair, celebrated in March since 2000. Various tapas from all over Spain are prepared and served; these are sold at a low price and usually consumed with beer.

National Painting Contest “City of Utrera” in May. 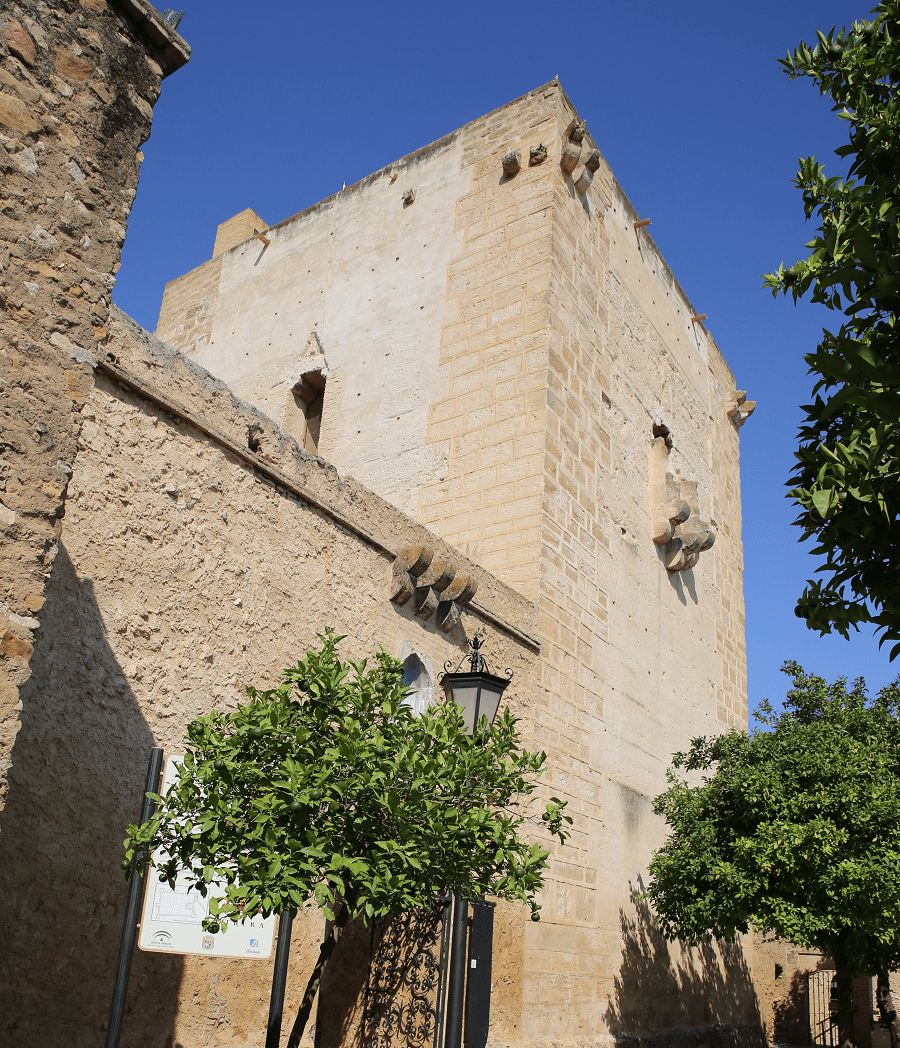