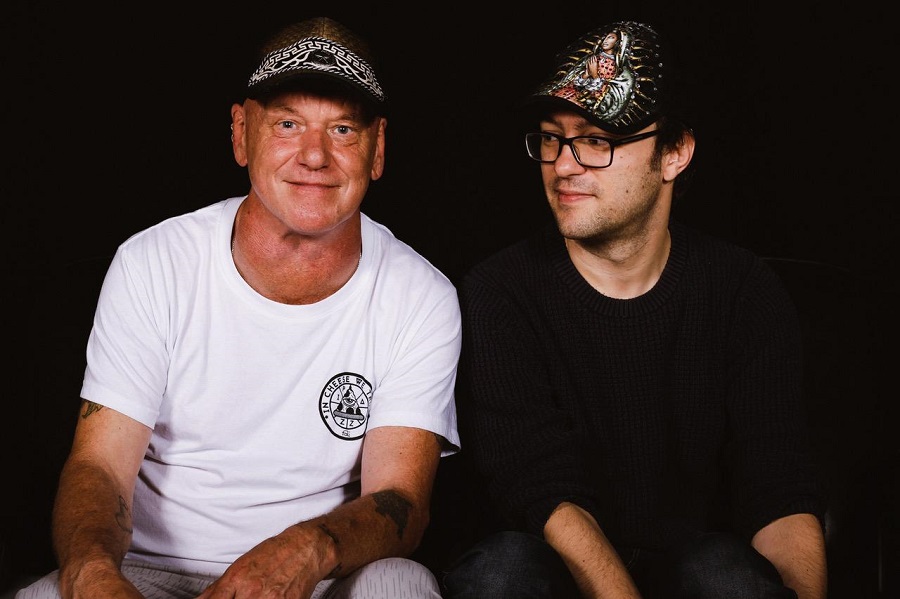 Alex Paterson talks about the musical vibe and hidden meanings of just released The Orb album, working with new band member, multicultural sounds of London, his business, tending to be a republican and other important matters

The Orb does not need any special introductions to the lovers of interesting and open-minded electronic music. Being originally formed in 1988 in London, by Alex Paterson and the member of legendary KLF Jimmy Cauty, throughout the years the bands line-up passed through dramatic changes and Alex Paterson remained as the only permanent member, the one and only captain of The Orb spaceship.

Having in their portfolio such highlights as an album with David Gilmore from Pink Floyd, collaborations with such dub legends like Lee Scratch Perry and Mad Professor, longest (40 min!) track that ever entered UK charts – “Blue Room”, a bunch of remixes for high-profile popstars like Dave Stewart, Erasure and 16th studio albums under the belt. Two days ago, The Orb released their seventeenth studio album called “Abolition of the Royal Familia”. According to Alex Paterson this is the best album The Orb have ever made—a landscape of music and pure, magical nonsense.

We got lucky to catch Alex Paterson on the day of the record release and to talk about the experience of working with the new The Orb member Michael Rendall on “Abolition of the Royal Familia”, some hidden messages that contains in the album, pandemic as best time for doing music, his side business with selling cannabis seeds online and other interesting things.

Hi Alex! Thank you for finding time for us. The new The Orb album “Abolition of the Royal Familia” was released two days ago. You have done it together with new The Orb member Michael Rendall. How was the experience of working with a new partner and band member on the creation of this piece?

There is actually a lot of more of history with Michael for me than doing only this last album. Michael, back in 2010 was the sound engineer of the album “Metallic Spheres”—a collaboration of The Orb with David Gilmour from Pink Floyd, and I was working with him on other various projects through the years as well.

After having an experiment of playing live together with Michael, I felt that it was brilliant and it was a completely different experience comparing to playing with my at that time partner in The Orb Thomas Fehlmann, Michael saw that I needed somebody who can take the control of the live while I can concentrate on my DJ skills. Thomas seemed to be aware that he might be too experienced for having the right sense of now. Michael is much younger and he has this sense; he also was a DJ, so he understands all my DJ needs. I always tried to be the frontman as a DJ and show different live musicians.

Seems that a lot of great live musicians took part in the creation of “Abolition of the Royal Familia”? The list of collaborations looks very impressive.

There are more different great musicians that took part in this album than in any other. It is just a landscape of music with so many ideas formulated. Think it is the best album we have ever made. So many great talented artists such as Martin “Youth” Glover, Roger Eno, Miquette Giraudy, David Harrow, Gauidi and many others worked on it. Actually, with Thomas, I didn’t have an opportunity to work with such a wide range of people; he preferred to work on music all alone at his studio in Berlin.

I am from London, which is a way bigger and more multicultural city than Berlin. You can catch so many sounds and music on the street—on my daily way to the supermarket I can hear a preacher, steel drums, somebody rapping on the corner. All of this sound variety really influenced the last album, you can definitely hear it there.

I’ve had a feeling after listening to the album that its sound and vibe is quite closer to the previous record that you released in 2018—”No Sounds Are Out Of Bounds”.

Yes, it is, thanks to Michael Rendal. He was the sound engineer for “No Sounds Are Out Of Bounds” and he did the job so well that it became one of the reasons why I asked him to join The Orb as a band member.

The names of The Orb’s albums and how they work together with humorous and trippy covers with twisted meanings is always very memorable. What kind of message do you put in such a provocative album name and cover like “Abolition of the Royal Familia”?

It doesn’t have any concrete message. In a usual way, it is nonsense, but it is pure magical nonsense. But there is an element of confrontation in the name, which shows me as one who tended to become a republican after many years of watching the Royal Family sucking the country’s blood. Royal Family has so much property that is not right for the main thing the world really needs now—the balance.

There are a lot of hidden meanings in all track titles on the album, if continue to talk about this antimonarchist ones—there is a track House of Narcotics which contains a reference to British Royal House as the organizer of an opium market, which leaded to war with China and was not a good idea at all …

There is a widely accepted conspiracy theory that says the British Royal Family is not only a decorative element on the political landscape for the respect of tradition, but it is still one of the strongest and standing behind the curtain powers in the world. What do you think about that?

1% of the population will be able to self-isolate themselves somewhere in the mountains, in the fresh air, with supplies. We just see now how this scenario can go perfectly. Actually, the last track on the album “Slave Till U Die No Matter What You Buy” that in some ways is my favourite one on the album because of its weirdness is mainly dedicated to this hall crazy situation that we are observing in the world now.

What are your general feelings about the coronavirus pandemic and what is the best way for an artist to be productive and up to the moment in this kind of circumstances?

Britain is on the first stage for lockdown now, it is not martial law, but it will make life not easy with limited supplies in the supermarket, total quarantine for old people and things like that.

But for anybody who is doing music it is just a perfect time to start to put it online. Everybody is online now, at home and bored. I am lucky in this situation to have a radio station — WNBC London — that I run with three friends of mine. We do broadcasts every day of week.

You had a UK tour in plan for promoting the album. Probably, it is postponed now because of the coronavirus situation.

Yes, it seems that all touring plans for this year are postponed now.

Are there some other projects that keep you busy at the moment besides The Orb and running the radio station?

I also do a band Chocolate Hills with Paul Conboy from Lisbon. We had an album last year, and we will have another album soon. Also, I’m reviving my old project OSS (the name literally means Oh Some Shit), which I do with my old musical partner Fil Le. Haven’t done anything with him for ages, and it’s good to start to work with him again. And I’m launching a label that will be called Orbs-cure.

And I just finished my book “Babble On An’ting”. It will be released somewhere in autumn. It’s a kind of memories about my growing up making way in music, my friends. And we have another The Orb in plans for next year

As I know, besides doing music you own and operate a business; you have a place in London called The Book and Record Bar, which is a perfect combination of a book, a record store and a bar with live music. How is everything going in this field?

Yes, I have this place in South London; it is also a home for our WNBC radio station. Everything is good with it. The place turns to be with a South London spirit as the one who was born in South London hospital and whose father is barred from South London cemetery. I can say that the South spirit is quite different to other areas in London, even in the way people walk and say hello to each other.

Also, as I know, you also have a parallel business—a web shop for selling cannabis seeds called Orb Seeds Shop. How this funny business is going and will be interesting to know—what is your role, do you personally invent new strains for marihuana consumers like The Paterson Strain?

I do this shop; we sell seeds online. You are the first to whom I say it—I’m just the face of the brand. I know the guy who does all the strains with his family, and that’s cool and good for me.

What are your general plans for the near future?

I have a lot of things to do in music with Chocolate Hill, which is the next The Orb album planned for next year. I also have my book release coming up as well. Hope that this situation with pandemic will get better soon and that finally The Orb will be able to go on a tour with the “Abolition of the Royal Familia” album.

We wish that it will happen as soon as possible and to be able to enjoy your wonderful show somewhere in the world. Thank you very much Alex for this interesting talk.