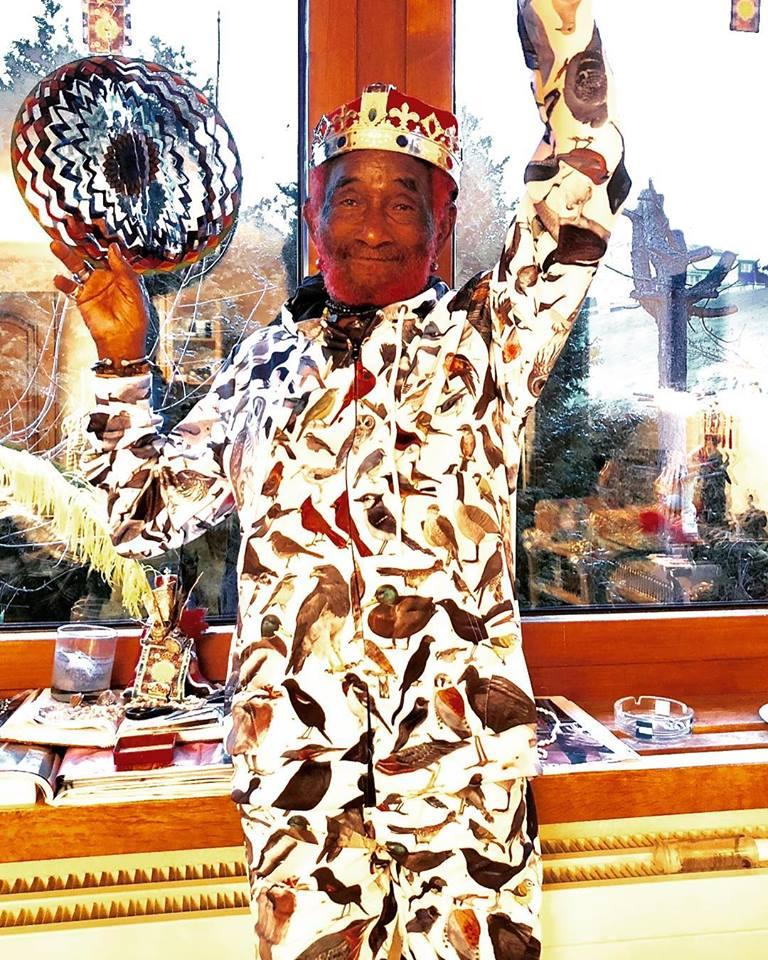 Lee Scratch Perry talks about his everlasting battle against vampires and cannibals, the power of shit, Bob Marley, his new music, Jesus Christ and the Holy Ghost

Talking with Lee Scratch Perry is always an unforgettable experience. It could be compared to a serious psychedelic trip with a deep dive in to fairytale world of a positively mad genius, full of personal mythology, sacral symbols and twisted fantasy. He likes to get people puzzled and stunned, forget about getting a standard answer to a normal question, you will never know where the stream of consciousness will bring you to but for sure it will be some unexpected place created by the imagination of this unique person.

Lee Scratch Perry is known as one of the most influential figures in modern music. The godfather of dub and reggae, the producer who opened Bob Marley’s talent to the world like many other reggae musicians, the colorful icon of the rasta culture, sound innovator and good magician – are just a few, but the most memorable credits for this charming man. He is known as a legendary artist and modern Jamaican sound inventor and has received awards such as the Grammy Awards for best reggae album and has also co-worked with The Clash, Beastie Boys, Moby, Paul McCartney, Keith Richards.

At his well-regarded age, Lee is always looking for fresh and inspiring collaborations and contemporary forms of musical expression. He describes himself as a human with no age that will live forever. And we can almost believe in it, when we see an 83 year old man full of creative energy, who manages to find a perfect balance between intensive studio sessions which led to releasing 4(!) studio albums in the last 2 years, alongside touring with his live shows all over the world, creating unique paintings and crazy customized clothes, and living a happy family life with his lovely wife Mireille that they spend between their Swiss and Jamaican houses. 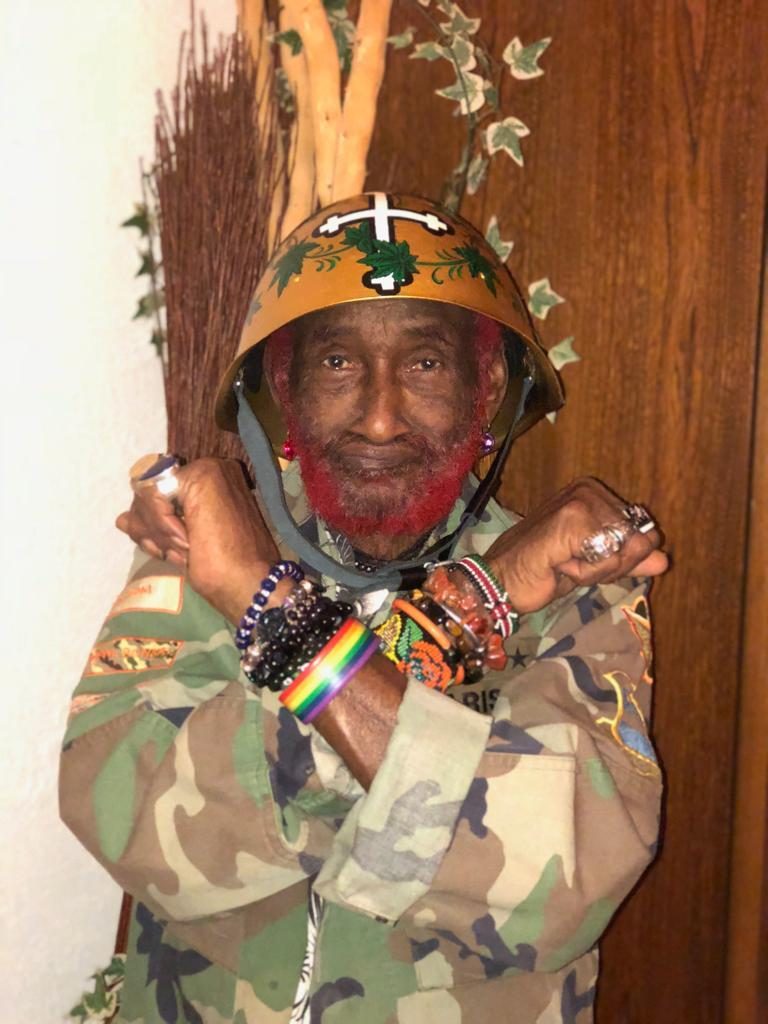 All Andorra was lucky enough to have a chance to chat with Lee Scratch Perry. We found him in a good mood in his Swiss house. Lee let us to his inner world and it was an intense journey in which we learned about Gods hammer and sickle, the power of shit, battles against vampires and cannibals, his musical plans, memories of Bob Marley and many other interesting things. His wife Mireille, who is also Lee’s manager, joined this varied conversation and helped to clarify some impressive plans for his future projects.

Hi Lee! Thank you for finding time to talk with us. It seems that you were really busy the last couple of years – you released a few albums and were touring around the globe very intensively. We’re sure that with your energy you are not going to stop. What are your musical plans for the near future?

So killing vampires is the main mission of your music?

To kill vampires, witches and evil bitches is the mission of my music. My mission is rain, my mission is thunder, my mission is fire with no mercy. My God is here to destroy confusion. My words are perfect, my words are not written, my words are dreams and my dreams conquer. And you know that the moon is black? The moon is not white or blue. And the black moon represents the Godfather who takes no arguments from blood suckers and evil witches. And shit will conquer. You know what is shit? You are given food to eat by Jesus Christ. If there would be no food to eat, there will be no shit. Shit is perfect, shit is the cure, it’s a Holy Ghost and I believe in Jesus Christ and the Holy Ghost.

And what are the new musical projects you are working on at the moment that will help to complete this mission?

I like this new afrobeat stuff like Akon. If you talk about Jamaican artists, I would love to work with Alkaline and Tommy Lee Sparta.

It’s great that you are really focused on what is going on in the musical world.

Besides music, you do a lot of painting and also you are known for your brilliant, eccentric look and unique style of your customized, handmade clothes. Do you maybe have some plans to do something that is connected with these aspects of your creativity – exhibitions of your art, launching a fashion brand?

Marley had a secret, he had a special mission from God to make Jamaica famous worldwide and to show people that the “Sun is shining” which means that there is hope. He died after he had done this mission and many others will die this way and don’t ask me why. After Marley died I understood who he was, he understood me absolutely. And people who understand me are like angels. He is the best thing that happened in my life, there will be nobody like him. And I am an example, you can see fire blazing from my head, and I am ice-cold, ice-cold blazing fire. I’m talking with you from Iceland.

You travel with your shows all around the world, do you have some favorite places to perform?

I can travel everywhere in my boots. Do you see me walking in the sky?

Lee, hold on! I want to clarify some questions that Lee didn’t answer properly. About plans for exhibitions, there will be a new exhibition of Lee’s art in New York’s Swiss institute on April 20. And his next album is coming out in April.

About the customized clothes that Lee creates – we are looking forward to doing an LSP fashion line, but we can’t do all the production alone, it’s too complicated. At the moment we are talking with a few companies about a partnership in launching this fashion line with these fantastic hats and boots that Lee creates. Lee really want to produce.. 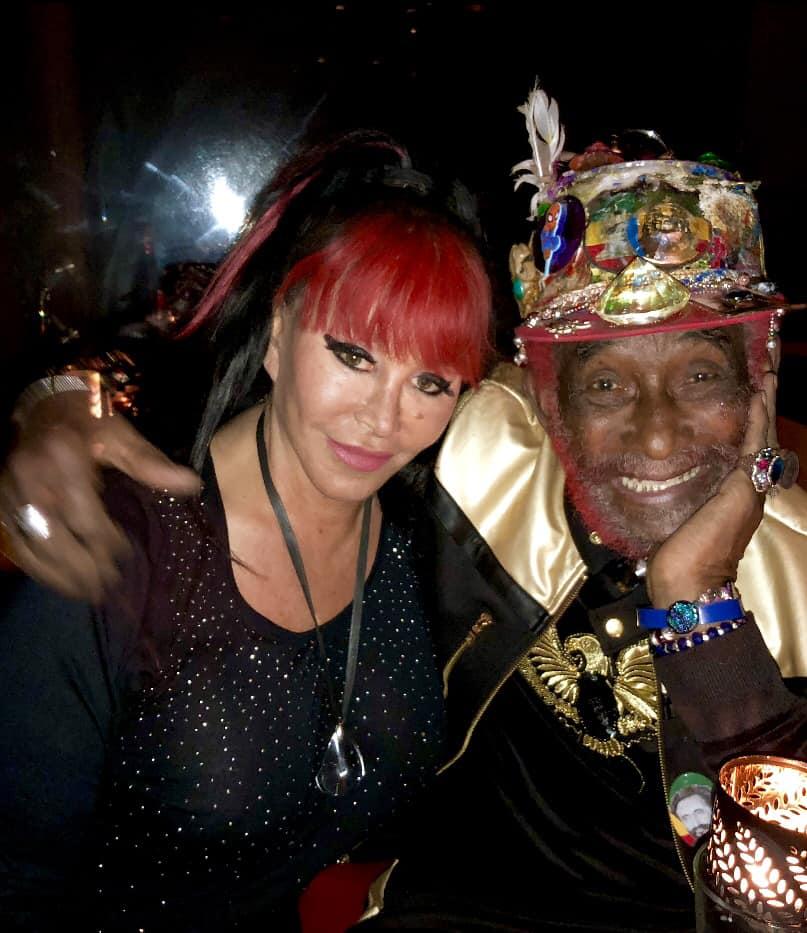 Mireille: No, produce a fashion line! If Lee wants to call it shit, it’s no problem. Lee likes to talk about shit, which he calls something else. I don’t like to talk about these things, I have other things to think about, I’m too holy for it and I believe in Jesus Christ. He likes to fight with me with this shit topic because he knows that I don’t like it. Lee likes to talk in parables, I like to talk straight. I am also a spirit that Lee needs to fight with, Lee always needs somebody to fight with to be in shape and I give him this opportunity, but I’m still always on his side.

I think you guys are a fantastic couple with a very harmonic relationship. Thank you for this fantastic interview.

Lee: I’m glad you people are still alive. And you know that the reality of God is nature? And shit is nature, that’s why I love Holy Shit.

Thank you very much Lee for the interesting talk.