The battle near Talamanca castle was the last one won by the Catalan army against the Bourbon army • All PYRENEES · France, Spain, Andorra 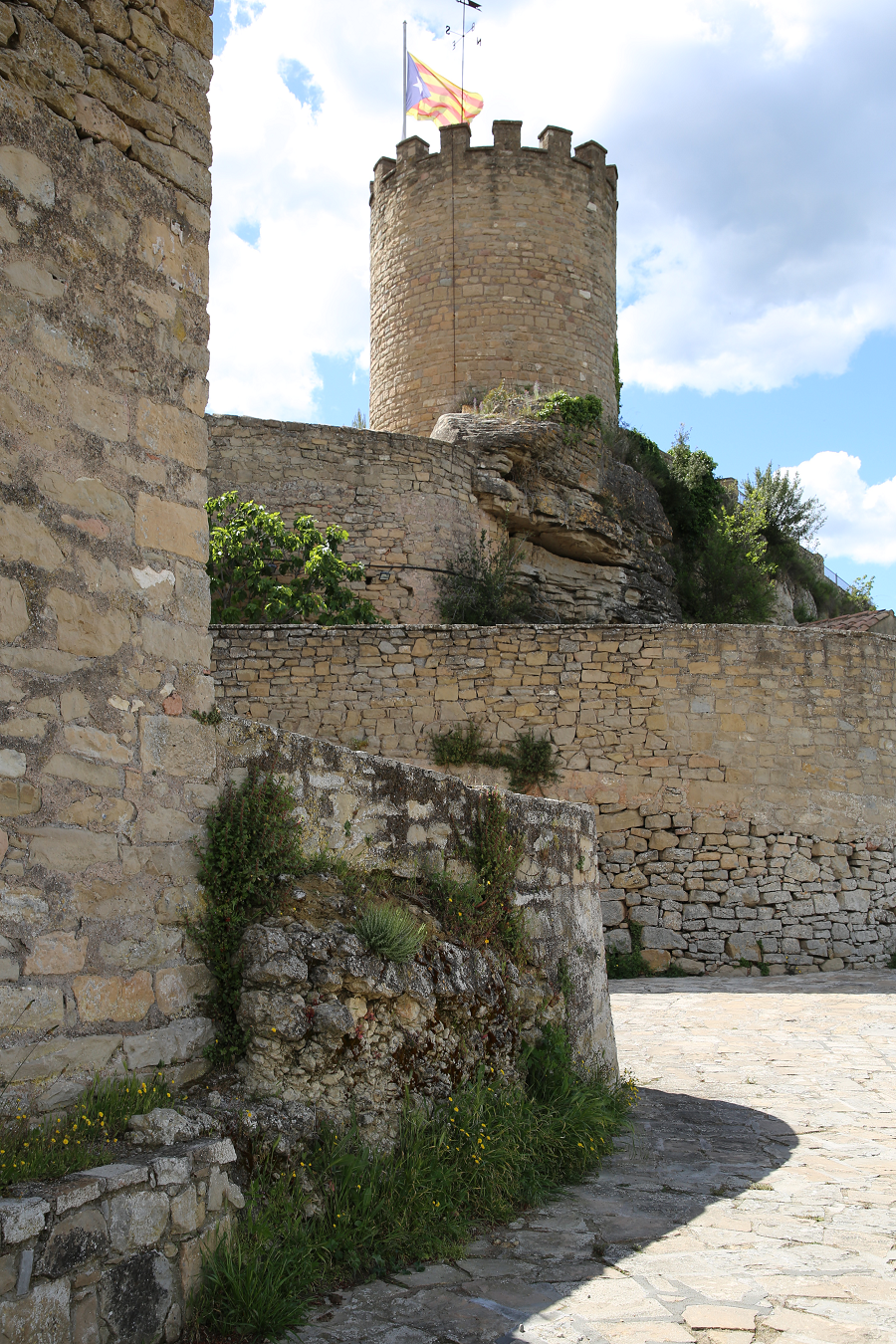 Talamanca Castle (cat. El Castell de Talamanca) is a Romanesque castle located in the old town of Talamanca (Bages), Barcelona province, Catalonia, Spain. Talamanca is a village located in Sant Llorenç del Munt, between the Bages and the Vallès Occidental. This castle, dating from the 10th century, is an element of reference in the area. It is a work declared a cultural asset of national interest.

Of the old castle of Talamanca remain only a part of a tower, that has been restored and modified, and some remains of walls on the rock where the tower stands. The tower presents a circular form crowned with battlements that responds to the old structure. 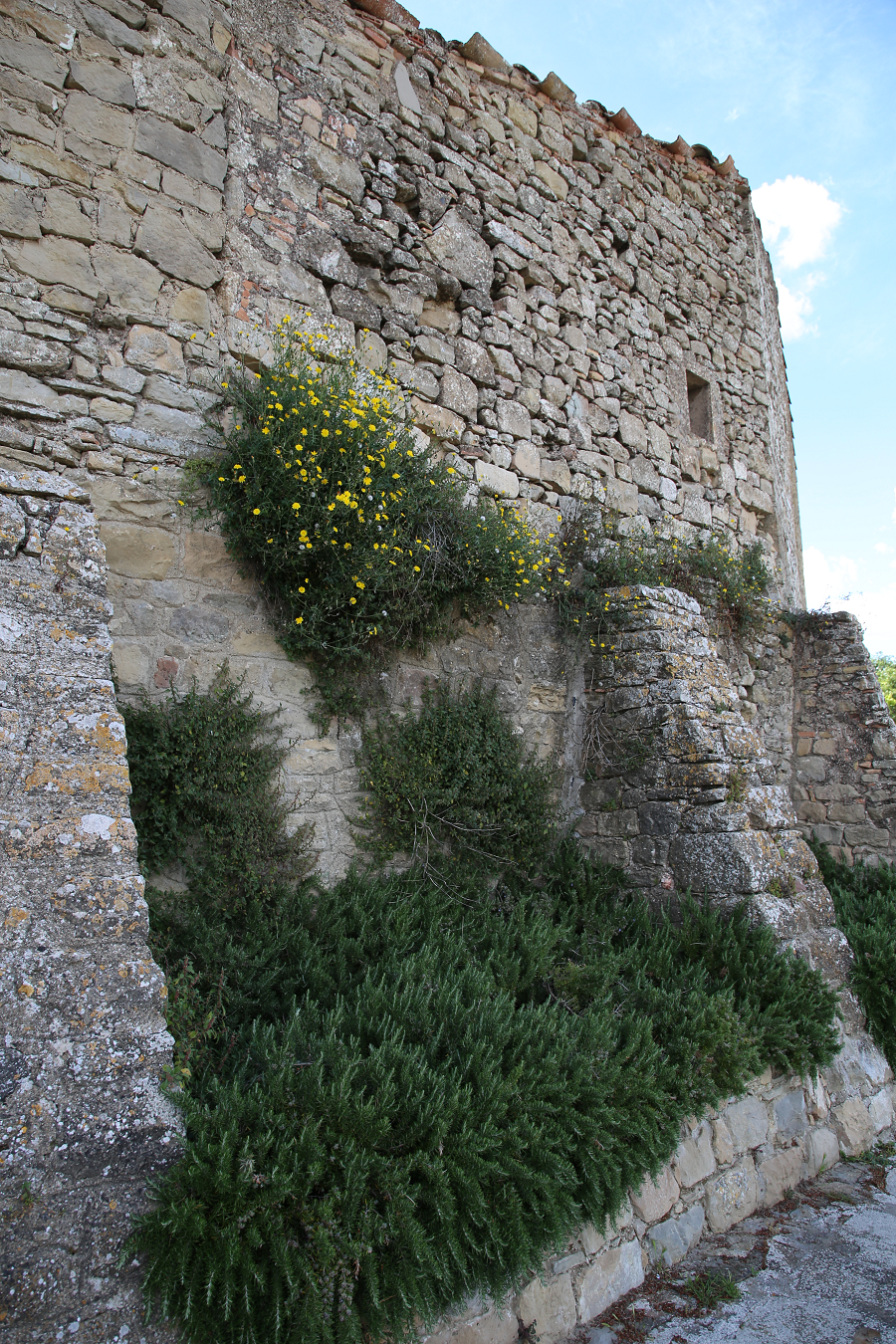 Under the tower and the rock stands a well-known building with the name of the castle, strongly walled. The castle building was built by the Marquess of Castellbell in the 18th century. To raise it, materials were taken from the walls and windows that remained from the old castle, which had been destroyed during the Succession War. 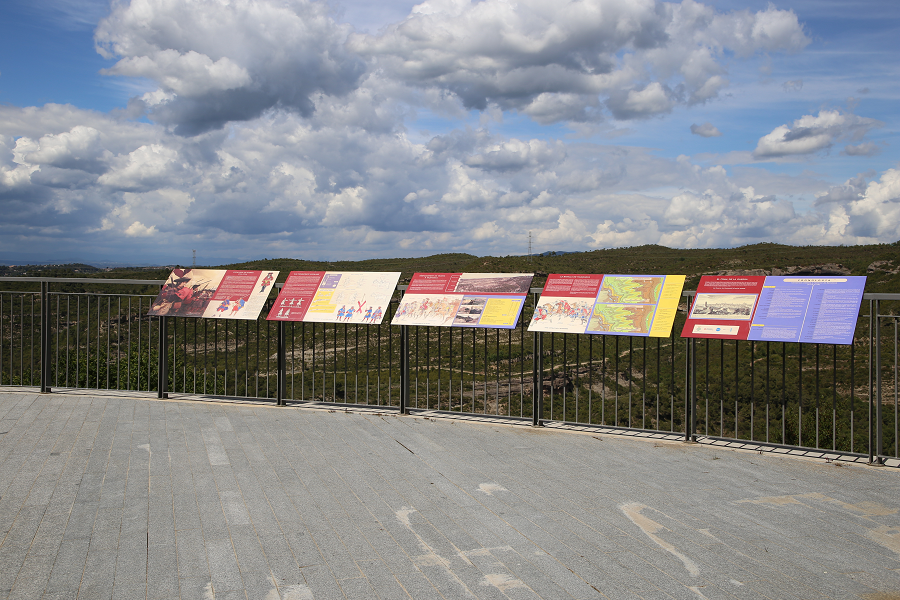 The viewpoint of Talamanca, located at the foot of the castle, is a complete panoramic view of the land where the battle near the Talamanca stream occurred. The views are magnificent and allow to distinguish perfectly the areas occupied by each of the armies, on either side of the Talamanca stream. Further on, extending up to two kilometers in a mountainous area, there is the space where most of the fighting took place and where the Mussarra house is located, the place where the Bourbon troops settled. At the viewpoint there is a monument in memory of the Catalan army that fought in the Battle of Talamanca and information panels with description of the events. 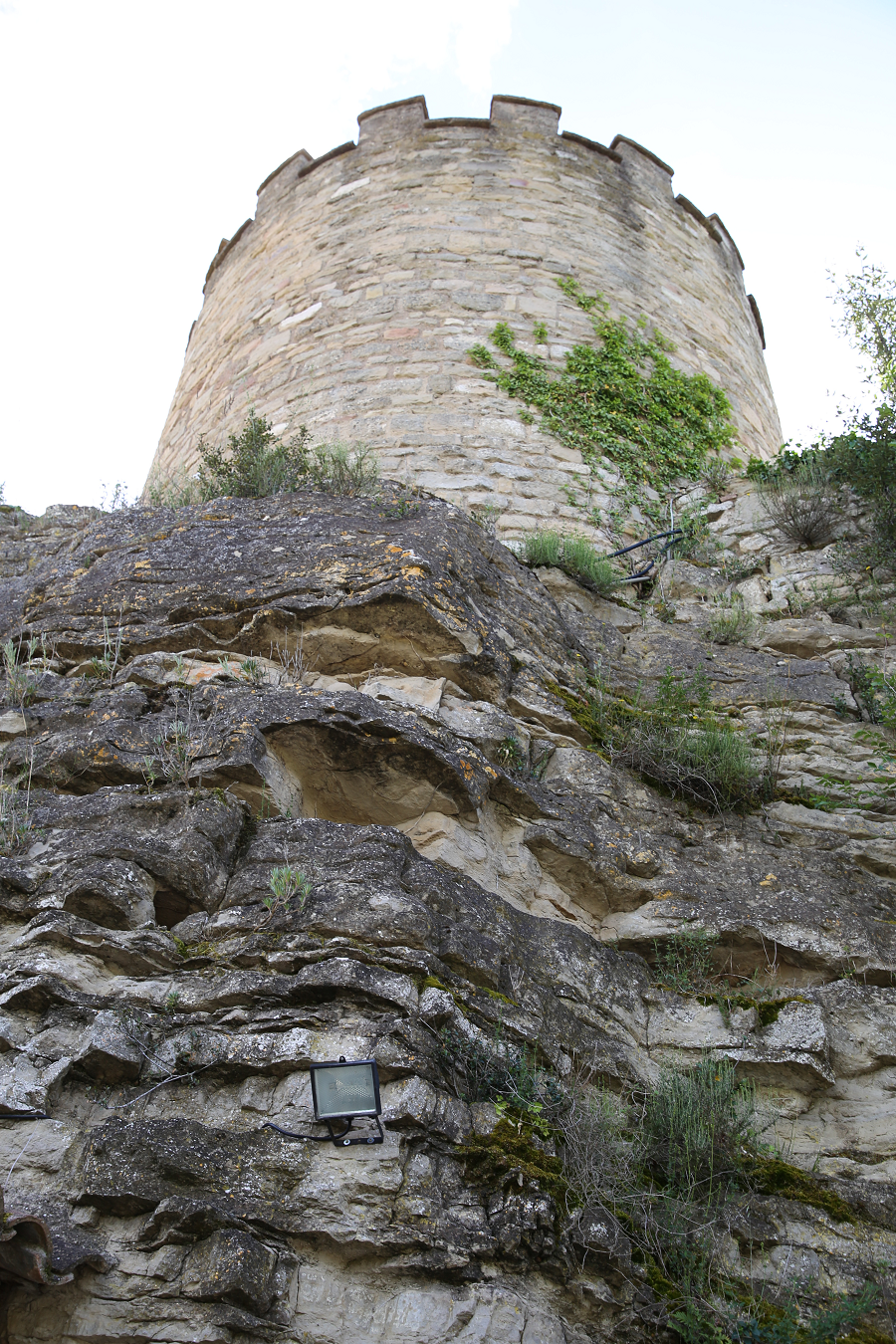 We have records of the castle of Talamanca from 967 when Count Sala, founder of the Monastery of Sant Benet de Bages, gave land and buildings to the castle of Talamanca. The castle of Talamanca appears mentioned in 1086 in the sacramental testament of Ramon Folc, viscount of Cardona, as a family property, that Folc left to Ermessenda de Cardona and his brother the viscount Folc II. It was part of the network of castles aimed at the defense of colonists who repopulated the lands conquered from the Saracens. 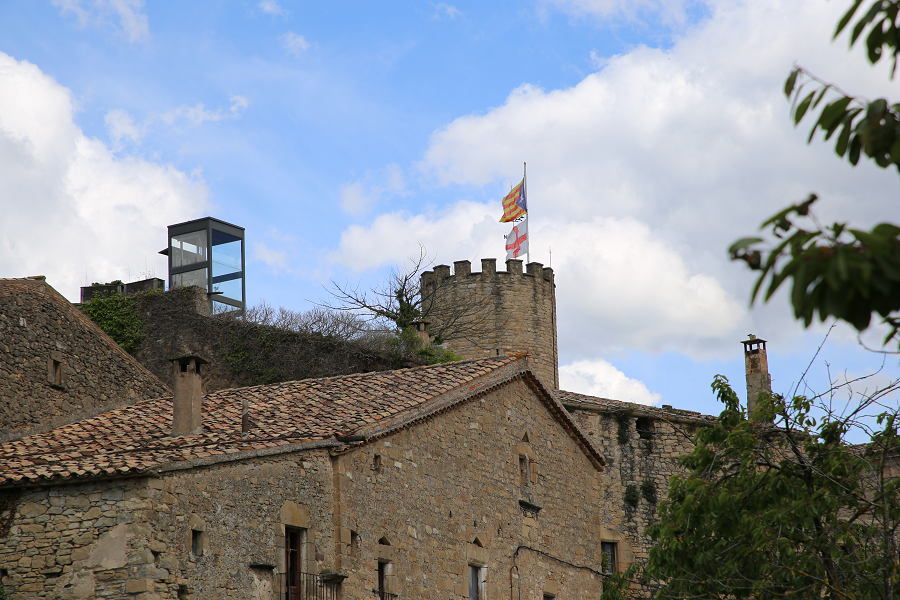 In the 12th century, the Saracen threat faded, but the process of feudalisation led to disputes between castellans for the control of the castle, taken on by several lineages: Cardona, Talamanca, the Castellbell. The existence of the Talamanca family, as castellans of the territory is confirmed in several documents. It seems that a certain Guillem de Talamanca married with Dolça de Santa Coloma, thus introducing this last name. In 1288, Berenguer de Talamanca was the lord of the castle. The only parts conserved from the time of the Talamanca as masters of the castle are the round tower with battlements, refurbished and modified, and remains of walls that surround the main building, restored after being destroyed in the 18th century, during the retaliation of Philip V against those who participated in the War of Succession in Catalonia. 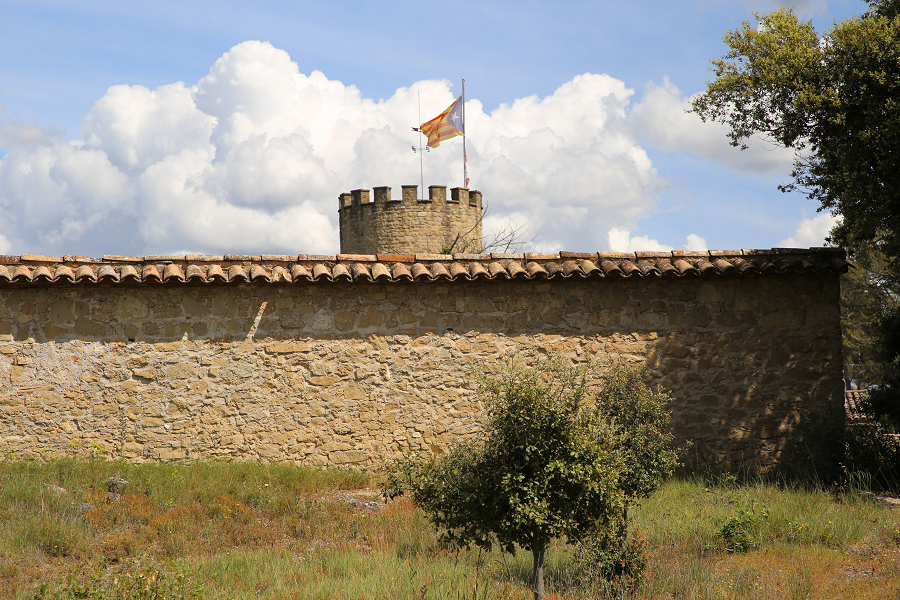 The Castle of Talamanca was the protagonist in one of the most important episodes of the War of Succession in Catalonia. In 1714 the Austrian troops of the Catalan army, of the interior, led by the Marquess of Poal, used the castle as an operational base on several occasions. On August 13, 1714, a large Bourbon army of approximately 3500 troops, under the orders of the field marshal count of Montemar, reached the foot of Talamanca Castle, where Antoni Desvalls Vergós met Marquess of Poal, and his army. 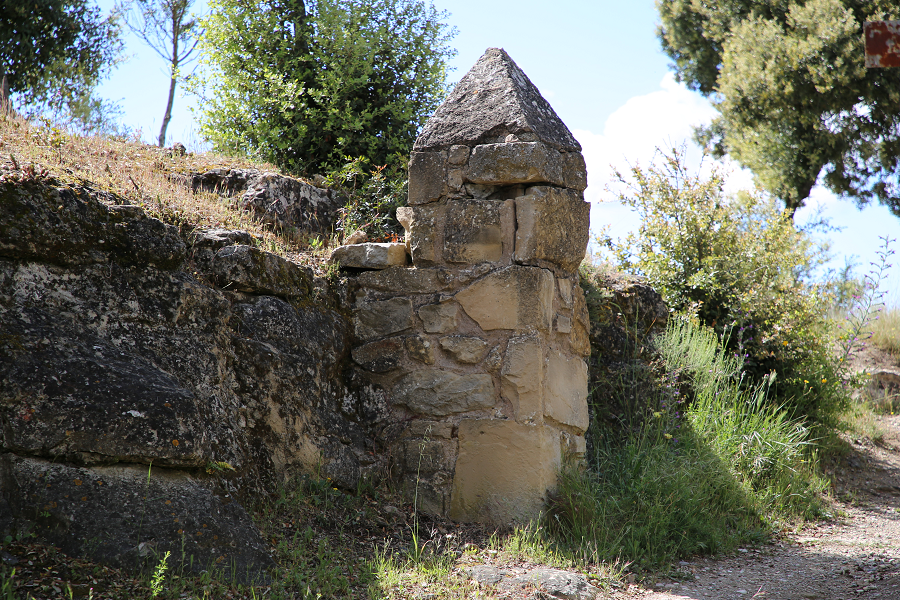 The Mussarra house was the chosen place to install the Bourbon camp. The Bourbon army led by field marshal José Carrillo de Albornoz Montiel, the count of Montemar, headed towards the stream of Talamanca, where a tough battle between the Catalan and Bourbon army took place. In this battle they Catalan army was the victorious one. Next, the Catalans pursued the Bourbon troops retreatig in the direction of Sant Llorenç Savall. The withdrawal was not easy, since the Bourbon army was attacked by the Spanish troops and attacked and shot by riflemen of the Poal mountain. 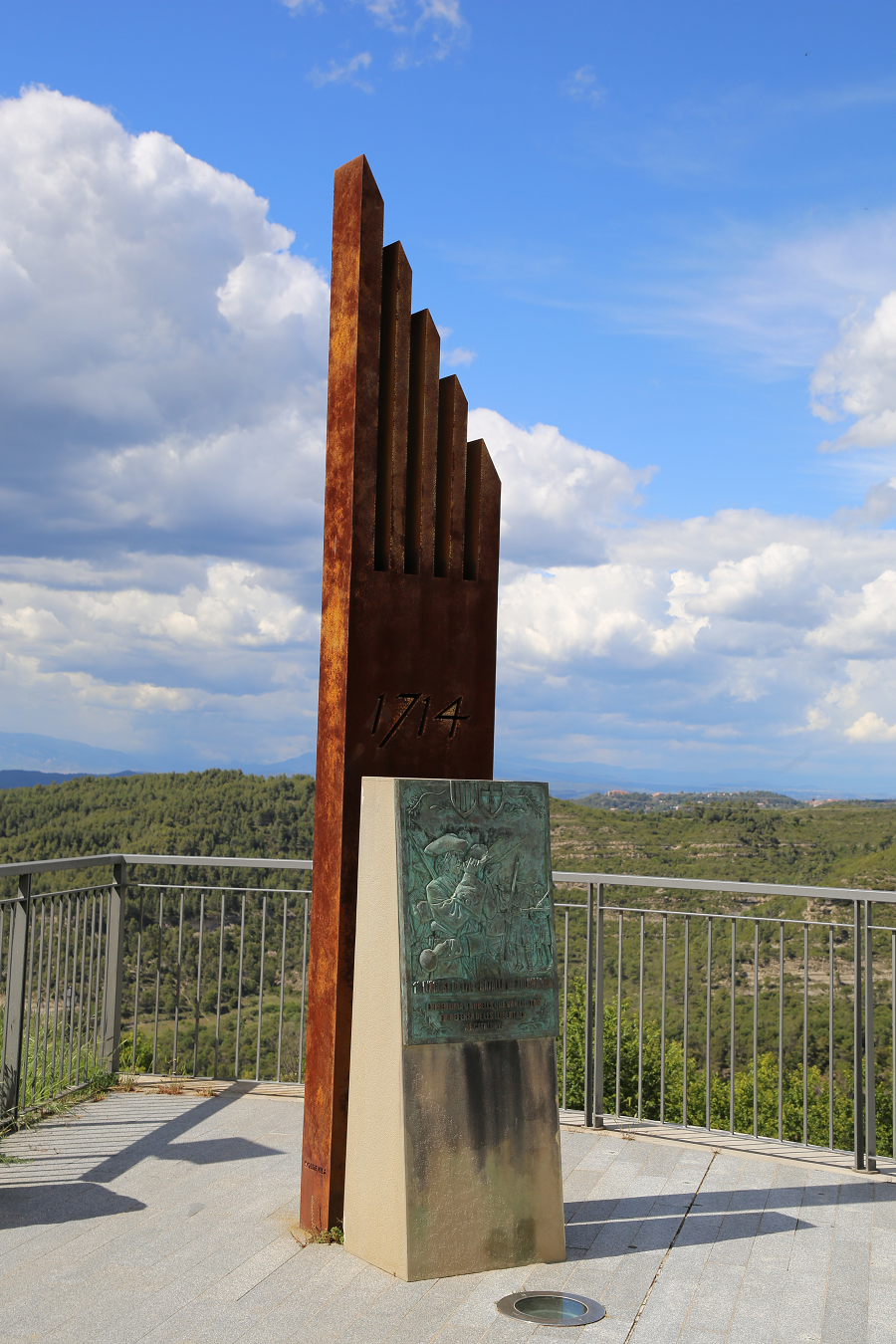 Talamanca was a strategic area for its location, it was in an uprooted area and its views were very favorable for capturing the enemies. In addition, it was an area that was well connected with other towns. The army of the Marquis de Poal had its base in Cardona. The Marquis had 2,500 combatants, while his enemies surpassed 3,500. As a result, the bloody and savage fighting left 680 casualties, between wounded and dead. The Bourbon army would not easily forget the defeat of Talamanca.

The castle was dismantled almost entirely, in accordance with the demolition orders against all the Catalan castles and houses dictated by Philip V as a retaliation for the Succession War. It was partially reconstructed in the 18th century, although it’s stones served to build the house known as El castell or El castell del Marqués (by reference to the marques family of Castellbell), and served as a farmhouse for the cultivation of the castle lands. 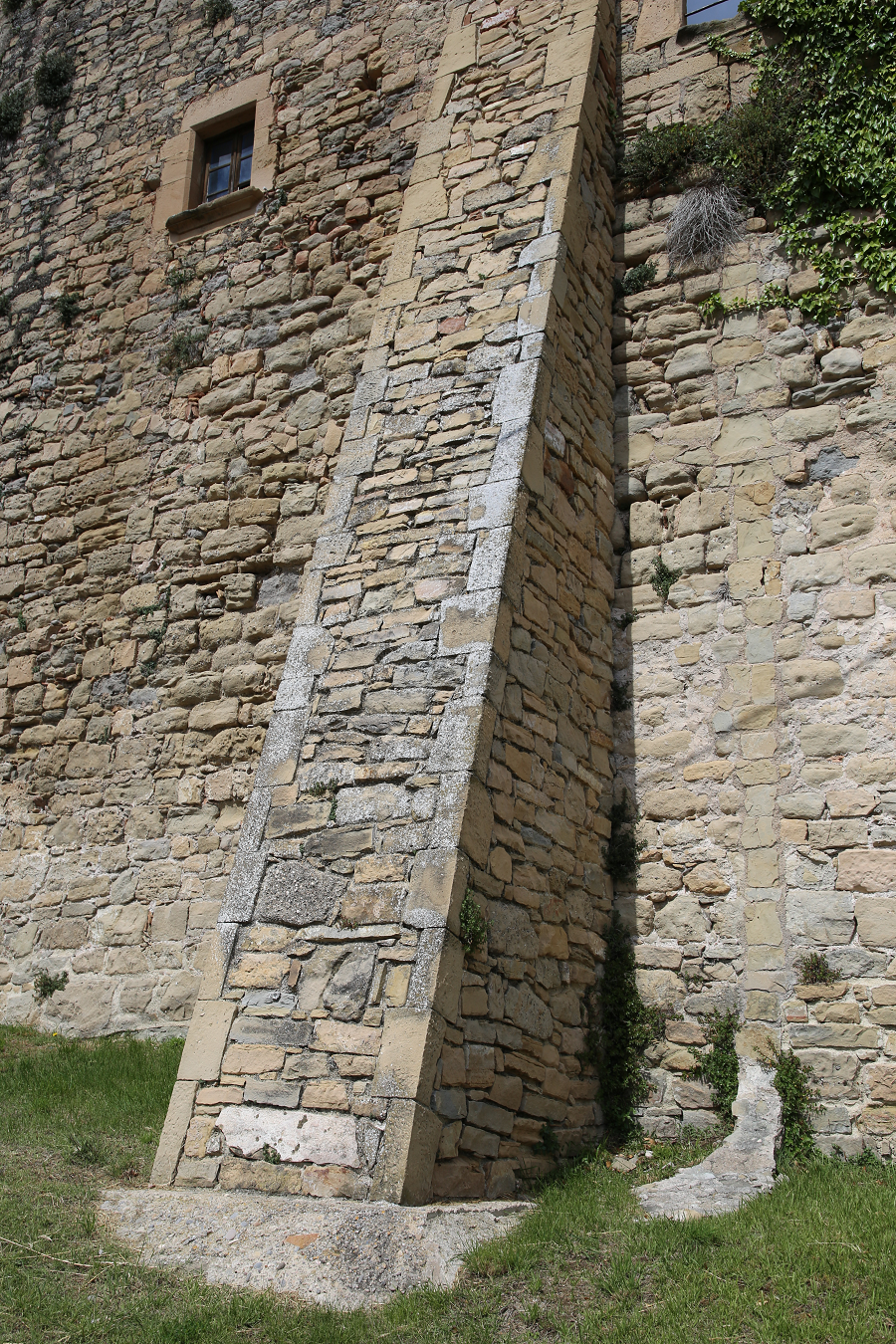 Philip V in the Nueva Planta decrees ordered that castles, which had shown pro-Austrian resistance, to be demolished. The Castle of Talamanca was included on the list. For this reason, in the 18th century the castle was almost completely reconstructed. From the original castle, only the tower and part of the wall are preserved.

The excavations that were made in 2008 allowed to recover data and corroborate the historical events of 1714. Many of the findings can be seen in the Castle Interpretation Center.