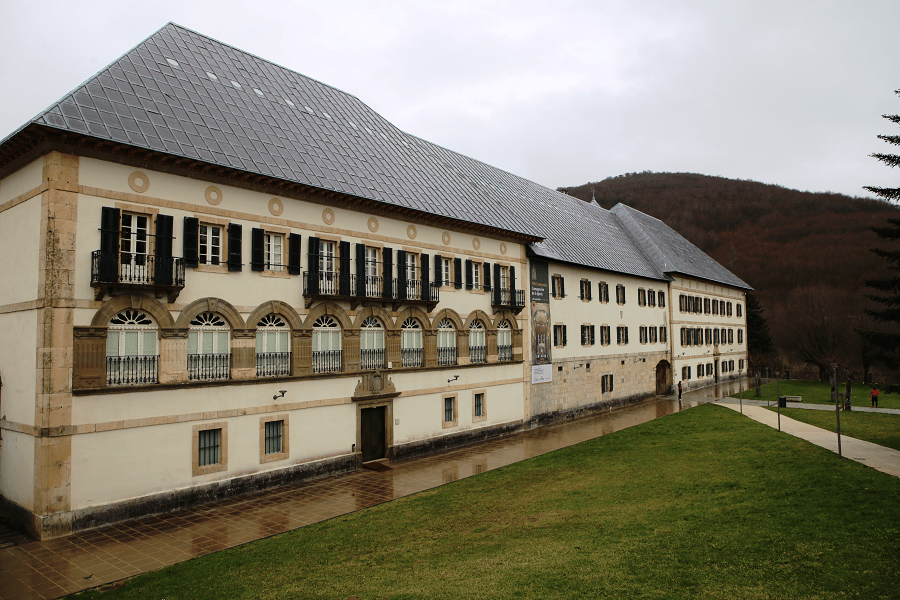 Roncesvalles is a small village and municipality in Navarre, northern Spain, Pyrenees.

Roncesvalles is famous in history and legend for the death of Roland in 778, during the battle of Roncevaux Pass, when Charlemagne’s rear guard was destroyed by Basque tribes. 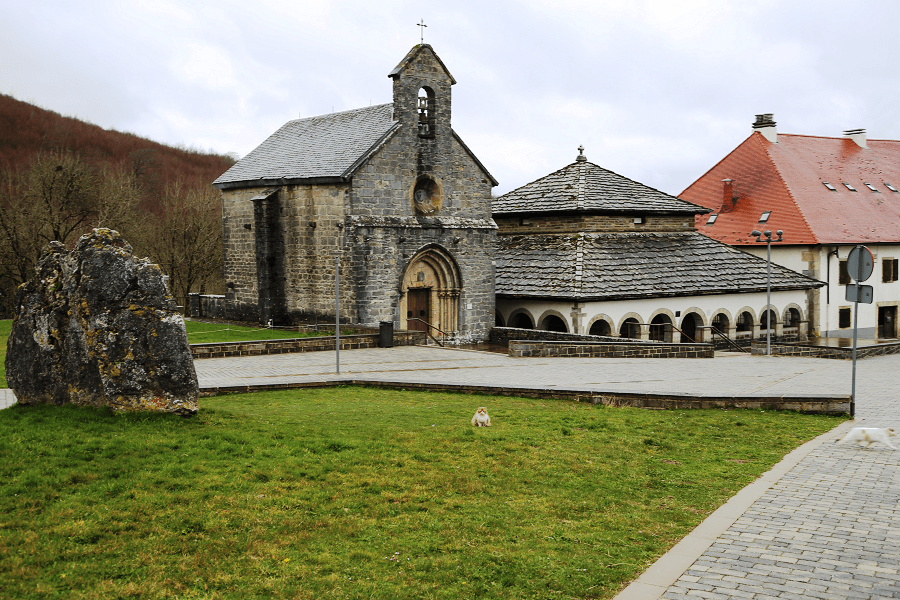 When a party of horsemen from the Kingdom of Navarre arrived at the Duchy of Burgundy in 1439 to negotiate Prince Charles of Navarre’s marriage to Agnes of Cleves, the Duke of Burgundy’s niece, the prior of Roncesvalles was their chief ambassador. He was described as a “noble knight”. 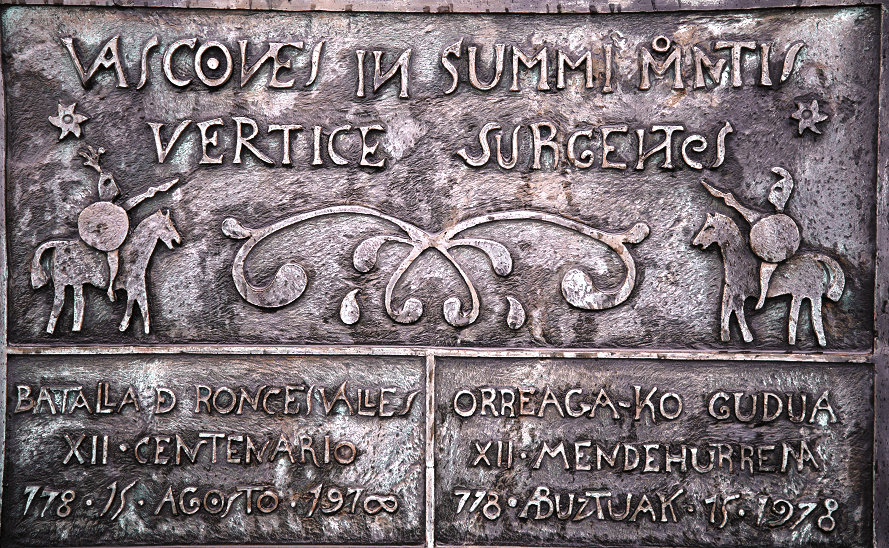 The small collegiate church contains several curious relics associated with Roland. The battle is said to have been fought in the valley known as Valcarlos, which is now occupied by a hamlet bearing the same name, and in the adjoining pass of Ibañeta (Roncevaux Pass). Both of these are traversed by the main road leading north from Roncesvalles to Saint-Jean-Pied-de-Port, in the French Basque Country. 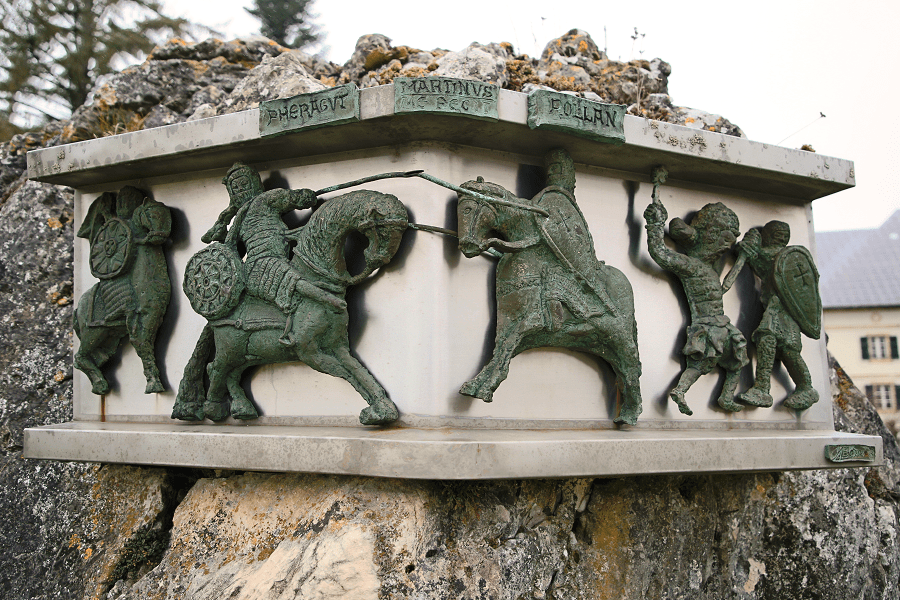 The Hospital founded by the Bishop of Pamplona Sancho de Larrosa, with the collaboration of the King of Aragon and Pamplona Alfonso Sánchez (better known as Alfonso I the Battler) and thus following the tradition of his father King Sancho Ramírez, I of Aragon and V of Pamplona and that of his stepbrother Pedro I of Aragon and of Pamplona to promote and protect the path of the saint along with some nobles. The Popes took it from the beginning under the protection of him. Since its foundation, it has been governed by a Chapter of regular canons of San Agustín. In 1984 it became dependent on the Archbishopric of Pamplona. The Prior continues to hold the medieval title of Grand Abbot of Cologne. 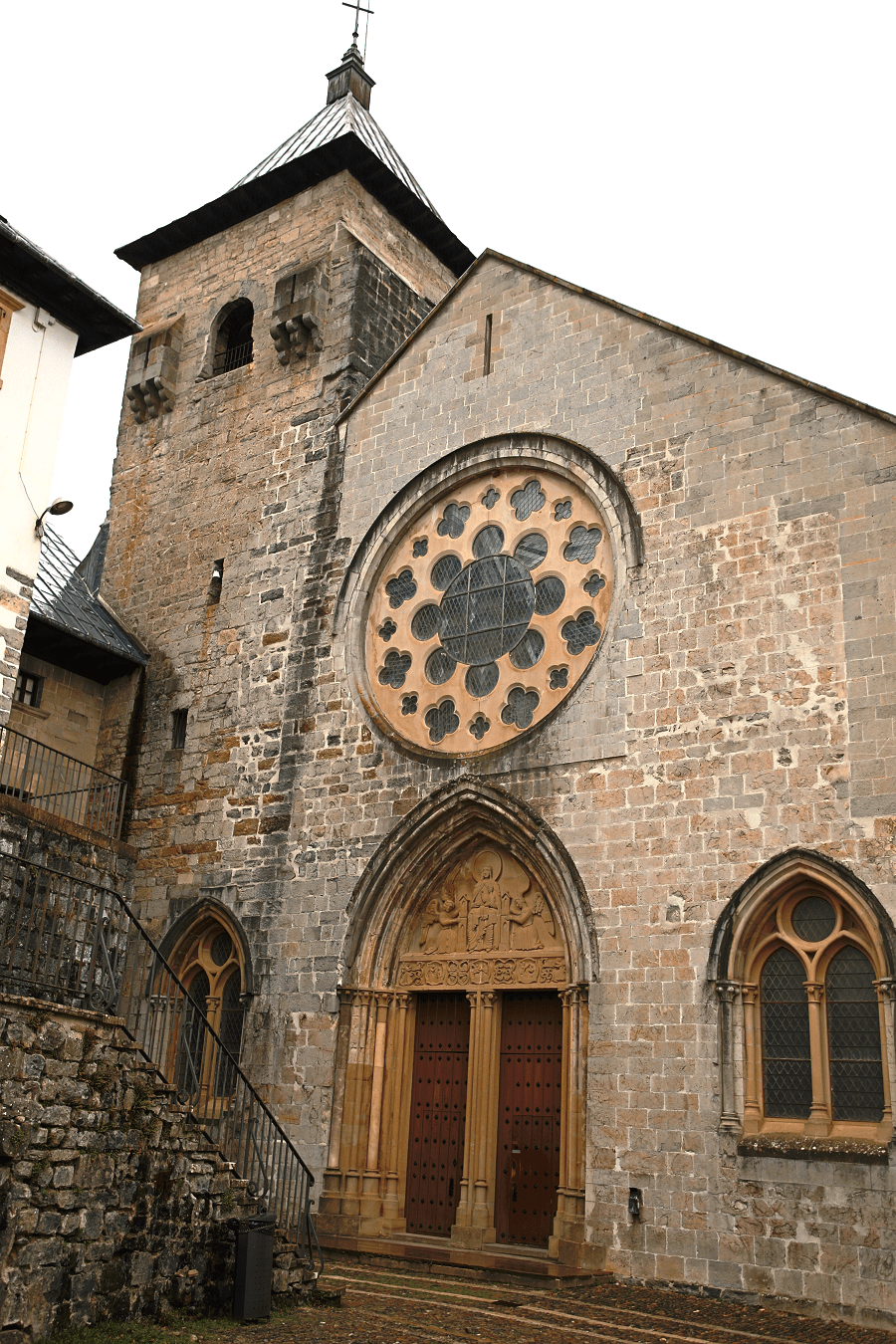 It dates back to the 12th century, which is why it is considered the oldest building in Roncesvalles. 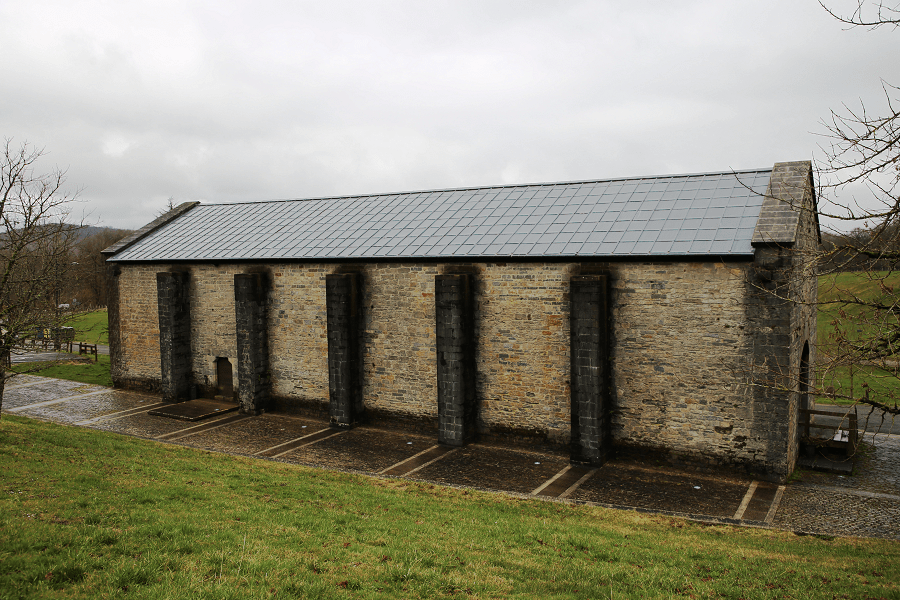 Church of Santiago or of the Pilgrims

Small Gothic church from the 13th century, located next to the Chapel. It is a simple factory with a rectangular floor plan with two sections that include the straight chancel and a simple ribbed vault. Inside there is a figure of the Apostle Santiago. 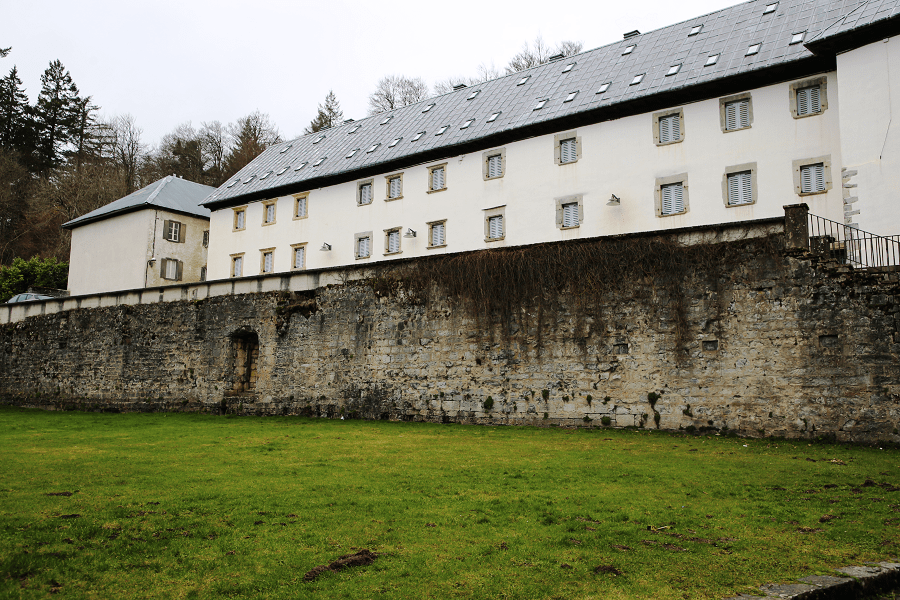 Church of the Royal Collegiate Church of Santa María

The collegiate church of Santa María is the most luxurious factory in Roncesvalles and the best Navarrese example of Gothic, not only French, but of the purest Gothic similar to that seen in the Parisian region known as the Ile de France. It houses a beautiful image of the Virgin from the 14th century. 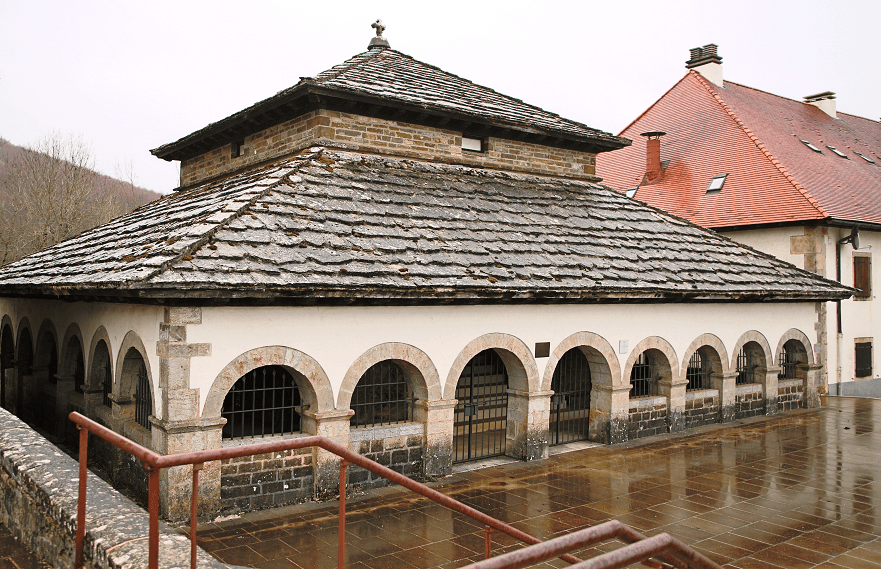 Since the Middle Ages, this collegiate church of Santa María de Orreaga/Roncesvalles has been a favorite resting place for Catholic pilgrims along the French Way path, the most popular variant of the Way of St. James, since it is the first place to have a rest after crossing the French Pyrenees. The church, a former pilgrim’s hospice, was built at the end of the twelfth and beginning of the thirteenth centuries. The oldest building is the Chapel of Sancti Spiritus, or “Charlemagne’s Silo” built in Romanesque style in the 12th century.

Every year thousands of pilgrims begin their way to Santiago de Compostela at Roncesvalles. 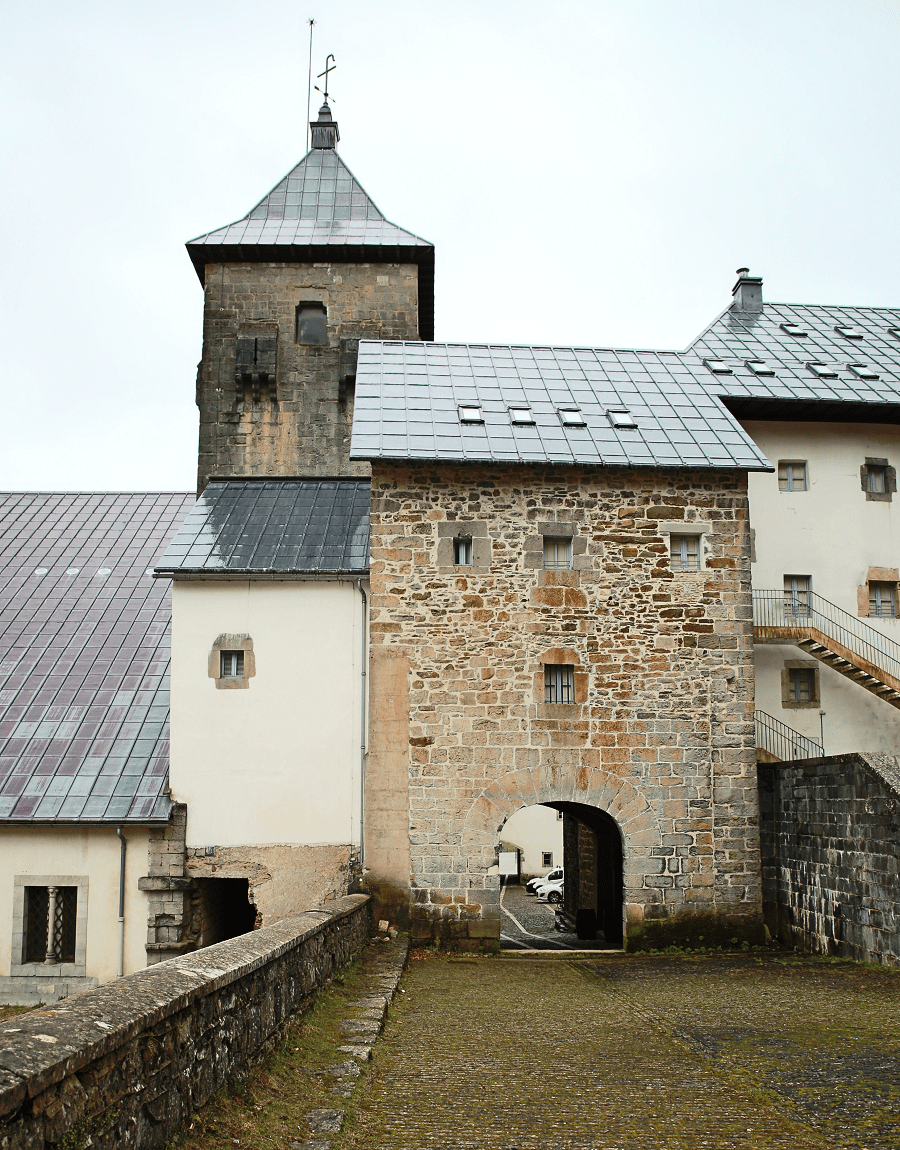 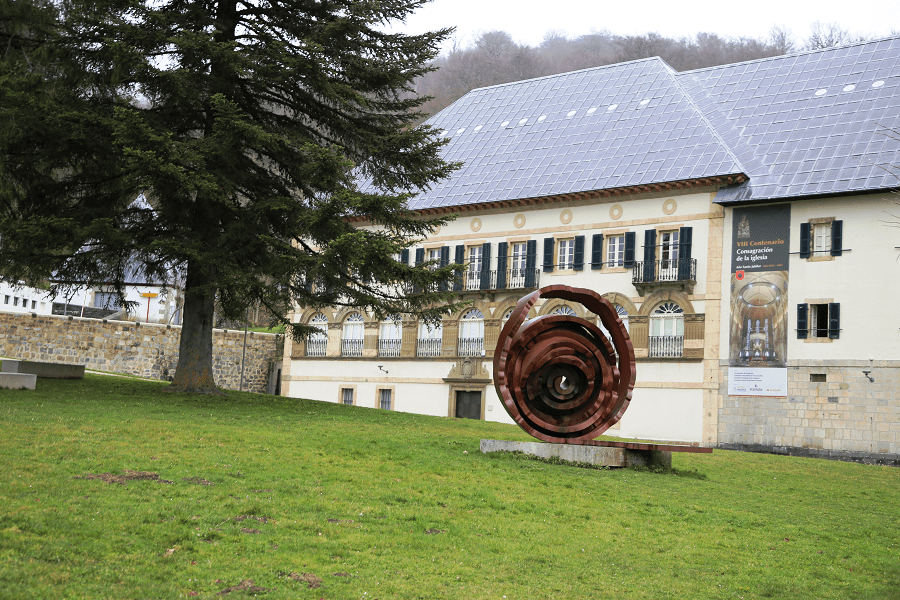 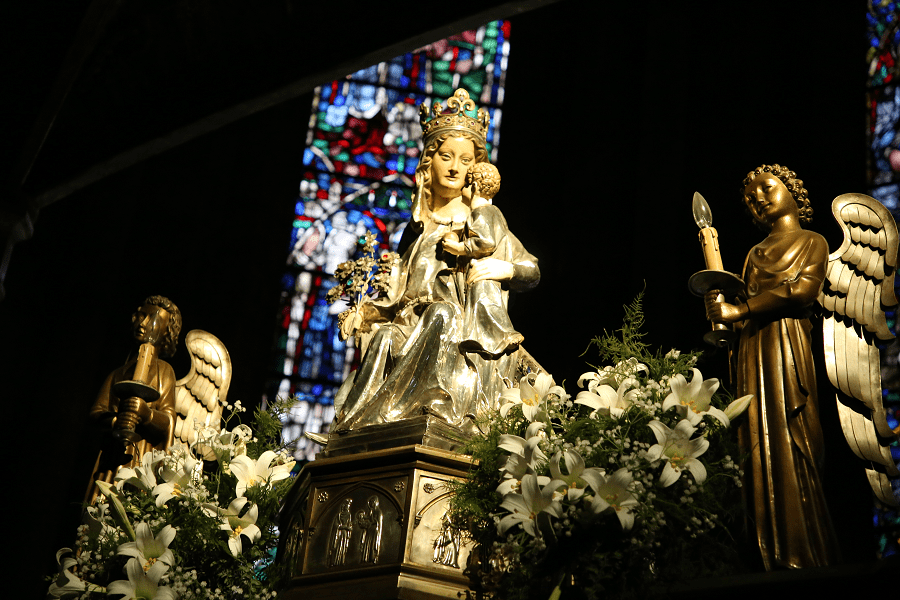