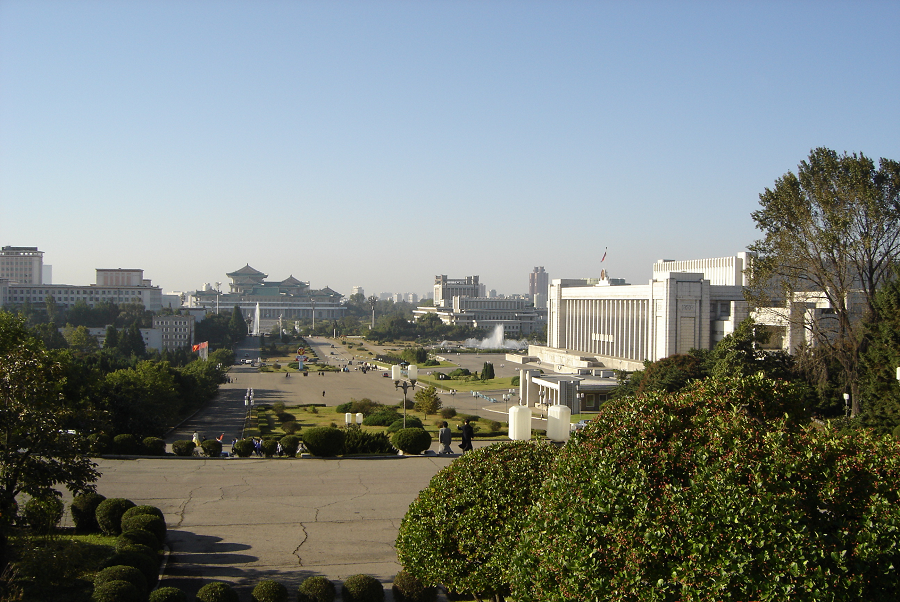 The city was removed from the province of Pyongan Namdo In 1946 and received a direct subordination city status – the administrative status of the province level. 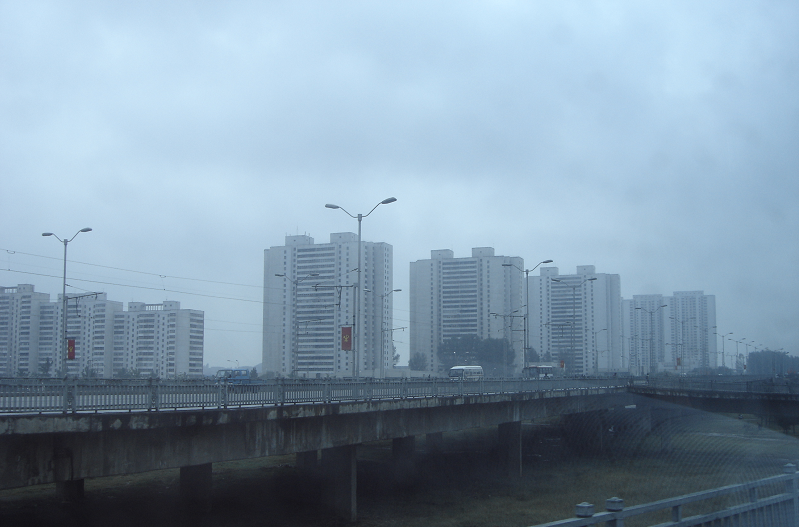 The city was badly damaged during the Korean War (1950-1953) and subsequently was almost completely rebuilt. The new layout presumed wider streets, a large number of monuments, and monumental structures. The city architecture is much like Soviet-style architecture. 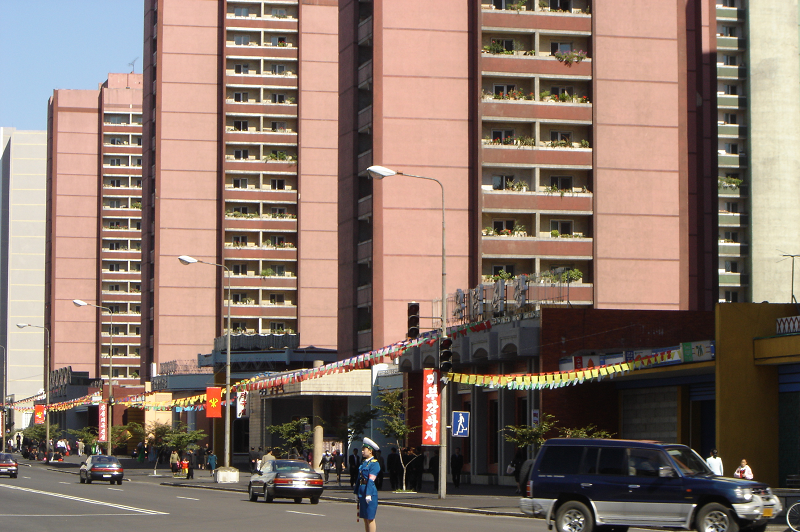 The city’s tallest building is the Ryugyong Hotel with a height of 332 m (105 floors), the total area of which is 360 thousand m². This hotel construction begun in 1987 and suspended in the 90s, has been ongoing since 2008 with the foreign companies’ participation. 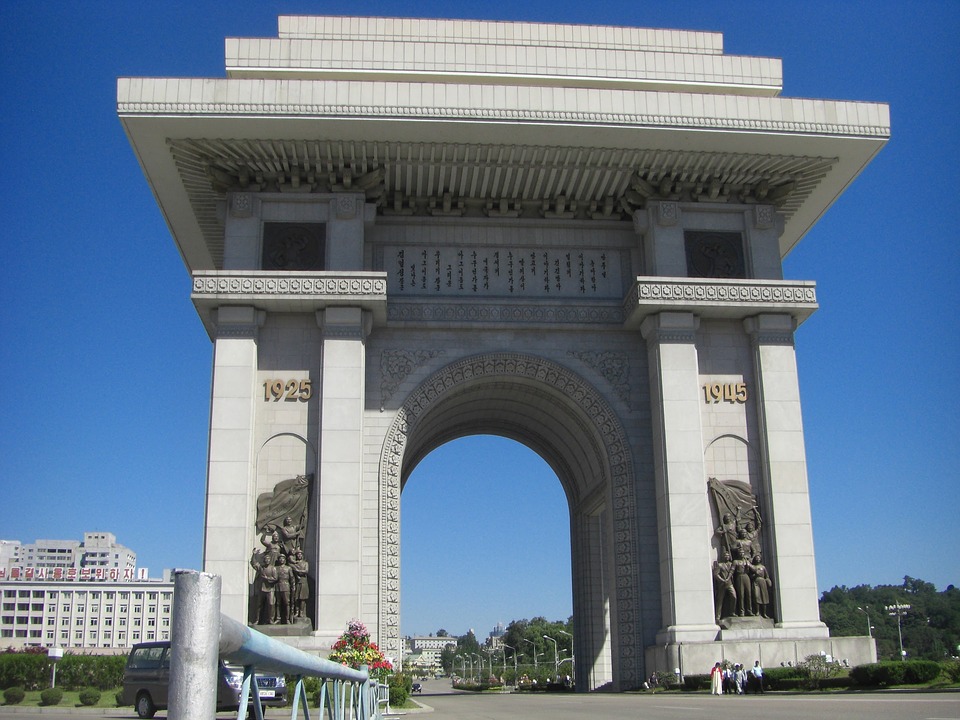 The Chollima Monument (lit: “The Horse of a Thousand Li”) was unveiled on Chilson Mungari Street on April 15th, 1961, on the occasion of the 49th anniversary of Kim Il Sung, it according to the sculptors, symbolizes the people’s will for epochal achievements in the field of building socialism, the movement “the pace of Chollima ”to their homeland prosperity. The height is 46 meters, the height of the sculpture itself is 14 meters. A worker holding a Red Letter from the Central Committee of the Labor Party of Korea, and a peasant woman mounted the horse. The horse’s front hooves are directed toward the sky, while the rear hooves, as it were, are repelled from the clouds. 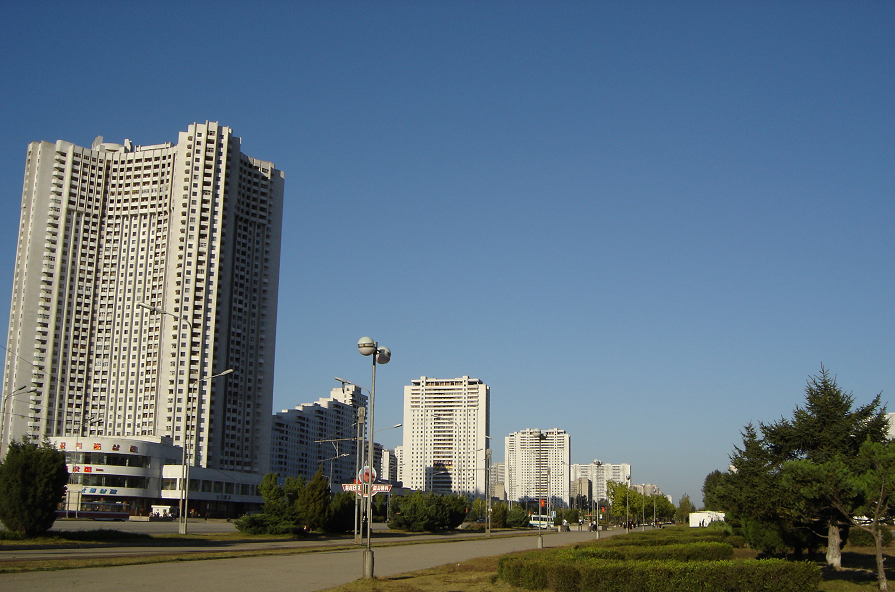 The Arc de Triomphe was opened on the occasion of the 70th anniversary of Kim Il Sung in April 1982. Gate height is 60 meters, width is 52.5 meters. The arch height is 27 meters, the width is 18.6 meters. The words “Songs about the commander Kim Il Sung” and the dates “1925” and “1945”, denoting the year “Kim Il Sung entered the Motherland revival path” and the year of his “triumphant return to the Motherland” after its liberation from the Japanese (August 15th, 1945), are carved on the gate. 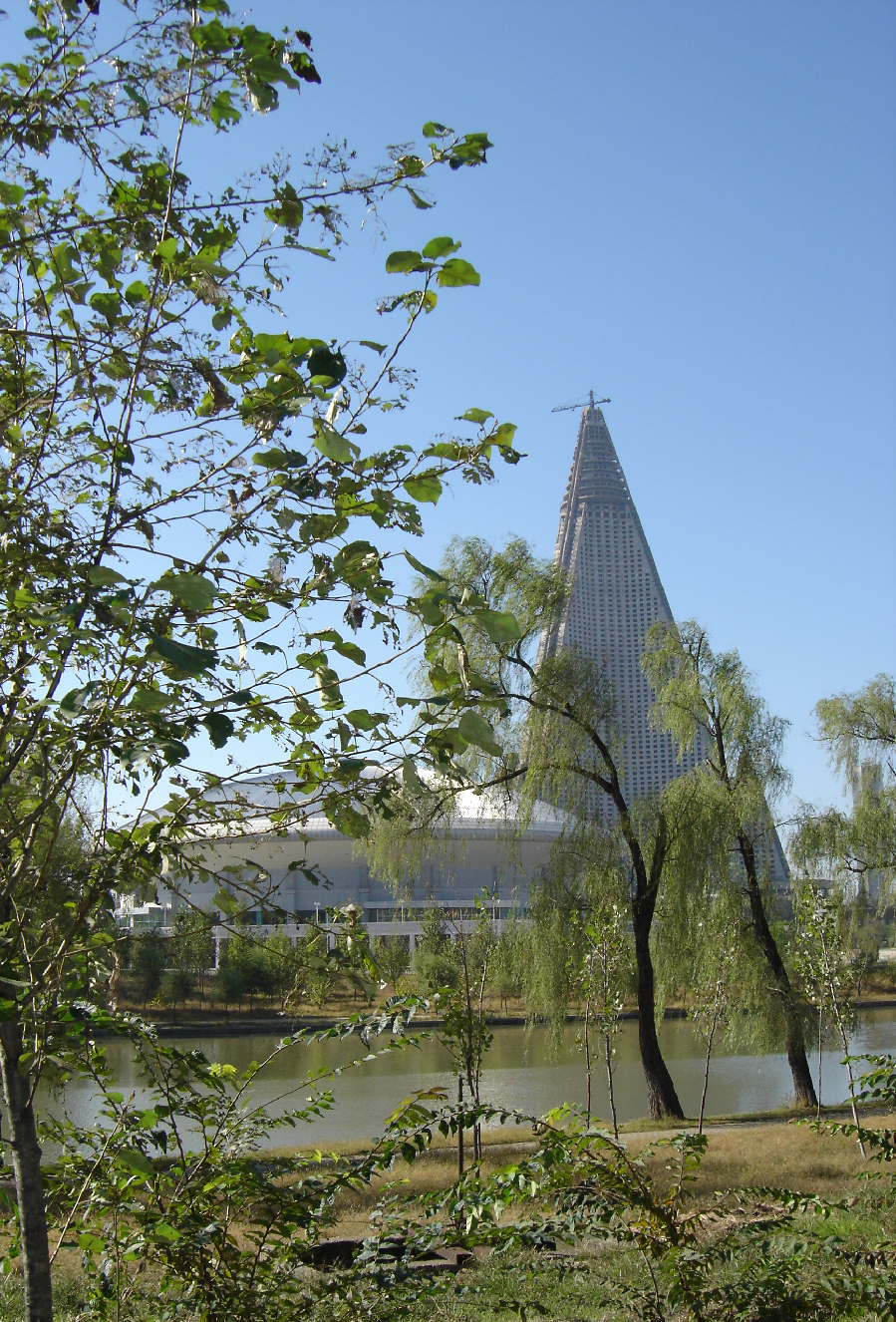 The Juche Idea Monument (170 meters height) was also opened on the banks of the Tedongan River on the occasion of the Kim Il Sung 70th anniversary. There are gold letters folded into the”Juche” word on the monument front and back There is a 20-meter-high torch at the pillar top, which symbolizes the “great and unfading triumph of Juche ideas.” 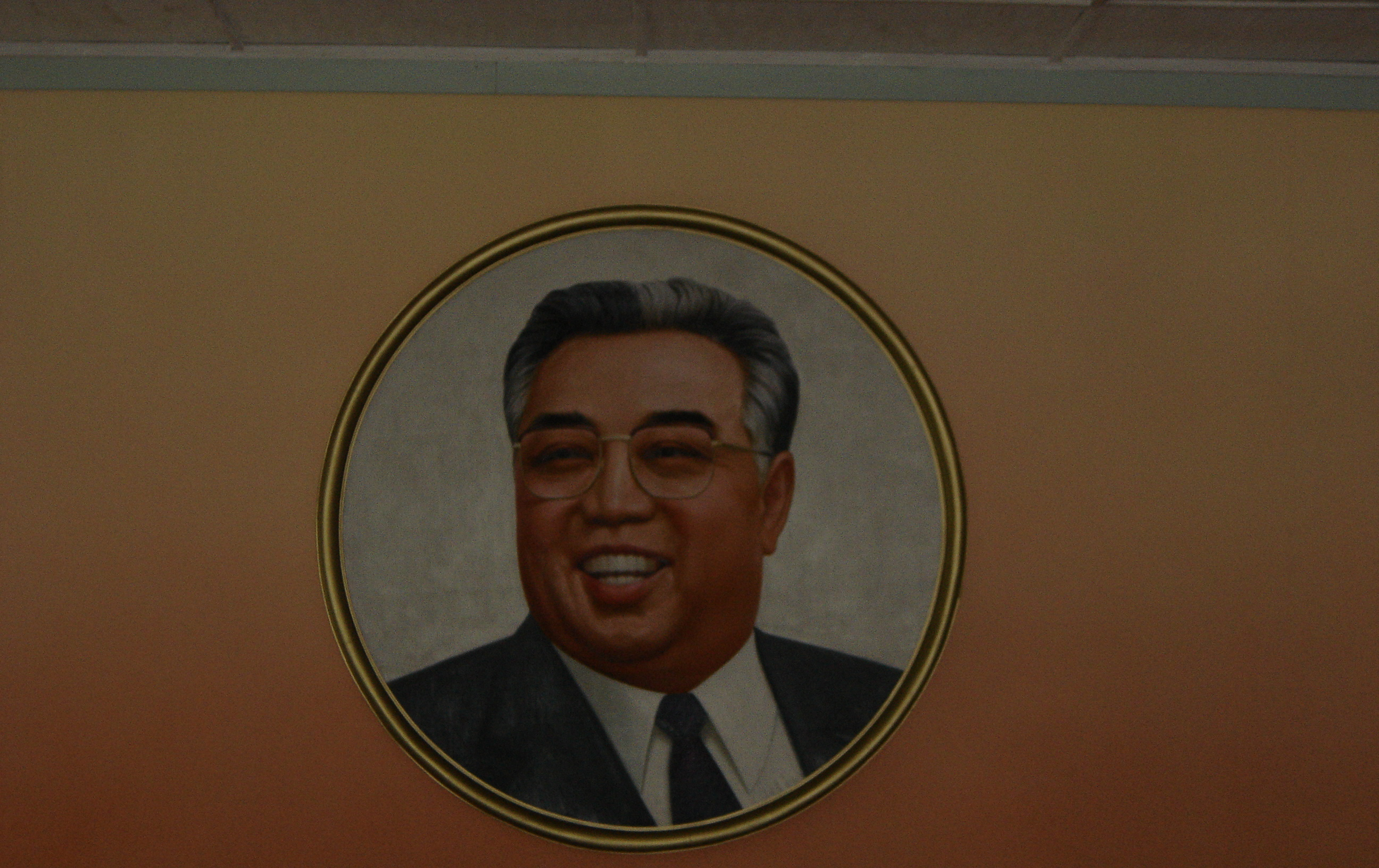 A fire is simulated in the dark using the backlight. There is a 30-meter sculpture group in front of the pillar: a worker with a hammer, a peasant woman with a sickle, and an intellectual with a brush. The crossed hammer, sickle, and brush are the Korean Labor Party emblem. On the backside of the pedestal in the niche is a wall, assembled from more than two hundred marble and granite slabs, sent by the heads of many countries of the world and well-known political figures. 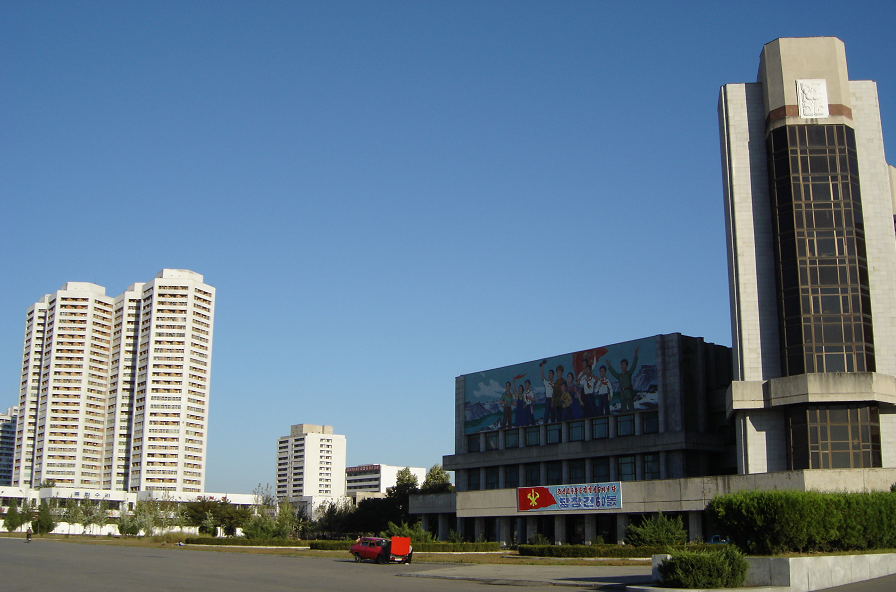 One of the most famous Pyongyang places is Kim Il Sung Square. There are parades of the Korean People’s Army, demonstrations, mass gymnastics and dance performances on public holidays here. 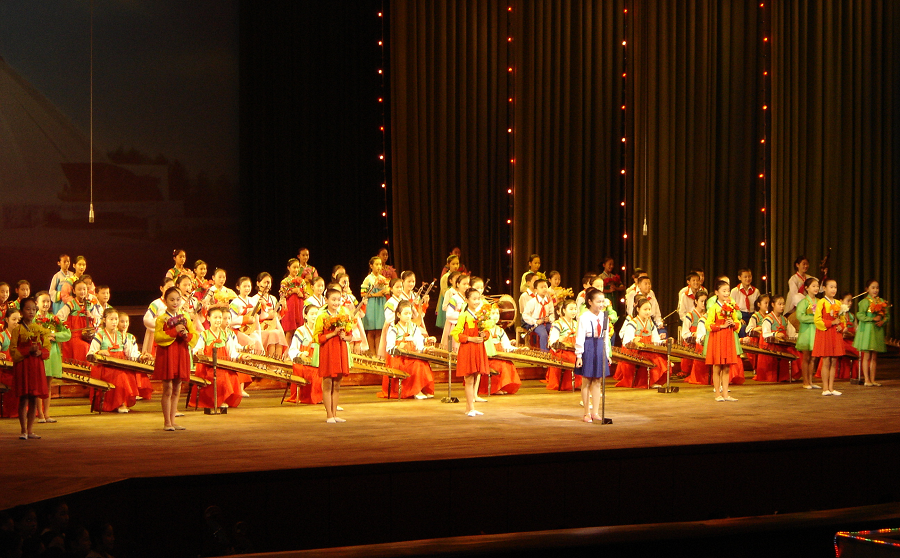 There is a monumental sculptural ensemble in the very center of Pyongyang, on the Mansu hill (where the Pyongyang fortress used to be), the so-called “Big Monument”, best known for its Kim Il Sung 70-meter sculpture. Opened in April 1972 to mark the sixtieth anniversary of the leader. It is curious that the standing Kim Il Sung points his hand “to a brighter tomorrow”, south, towards Seoul. Behind the bronze statue is the Korean Revolution Museum, opened in the same year, on the wall of which is a huge mosaic panel of Pektusan Mount. Its length is 70 meters, its height is about 13. The panel symbolizes revolutionary traditions since there was the Command Headquarters on Pektu Mount, located on the border with China, where Kim Il Sung lived and worked during the years of the anti-Japanese struggle according to legend. 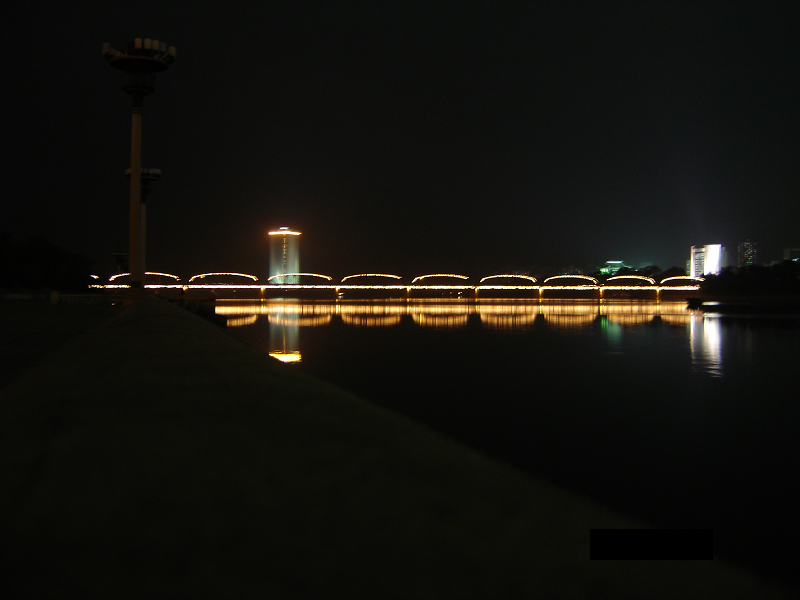 In 2012, the “Big Monument” underwent a major overhaul. The Kim Il Sung statue was “dressed up” from a french and an overcoat into a suit with a tie and civil coat, his expression changed from calm to smiling, glasses appeared. The updated monument represents the aged Kim Il Sung. On the left hand of the Kim Il Sung statue, a new monument appeared a little smaller – his late son Kim Jong Il statue, also laughing cheerfully. The grand opening took place on April 13th, 2012, on the Kim Il Sung birthday eve, one of the most important holidays in the DPRK. 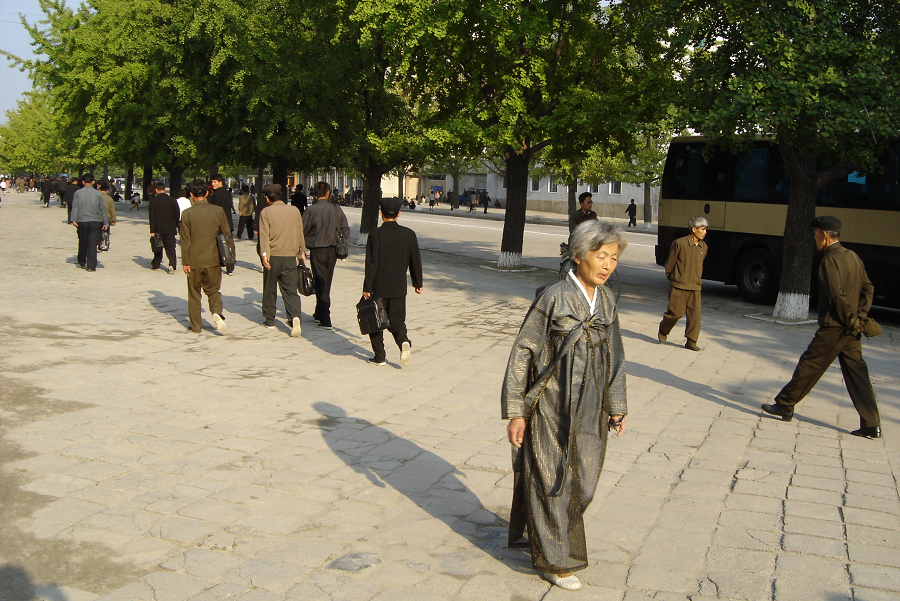 A parade and rally dedicated to the 70th anniversary of the Korean People’s Army founding took place at Kim Il Sung Square in Pyongyang, the capital of the DPRK on February 8th, 2018 a day before the official opening ceremony of the Olympic Games in South Korea. 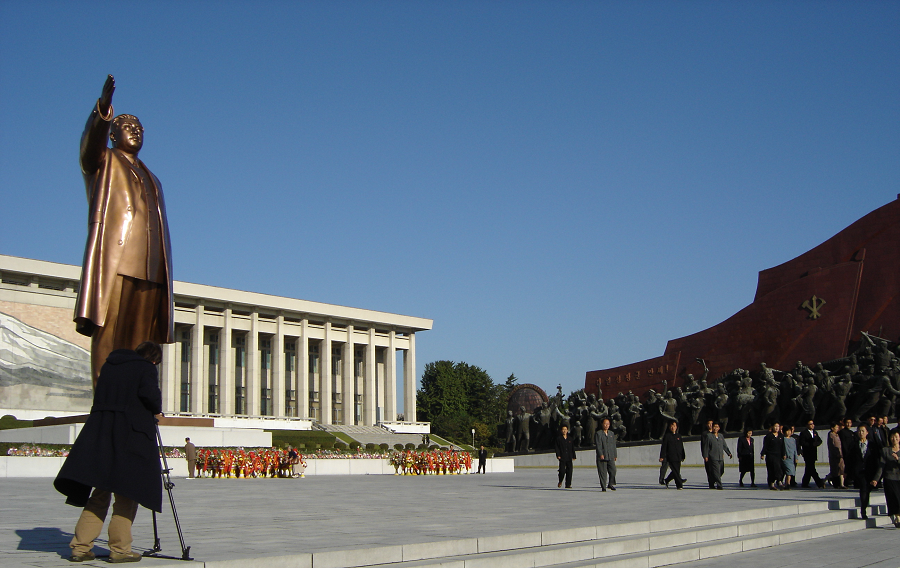 Pyongyang has several Towers of Immortality also, obelisks erected in memory of Kim Il Sung and Kim Jong Il throughout North Korea and beyond. Monuments are located on Kumson, Seungri, Sesallim, and Kwangbok streets.

Other famous architectural sights of Pyongyang are the Monument to the Labor Party of Korea Founding, the Liberation Monument, built after World War II, and the Reunification Arch. 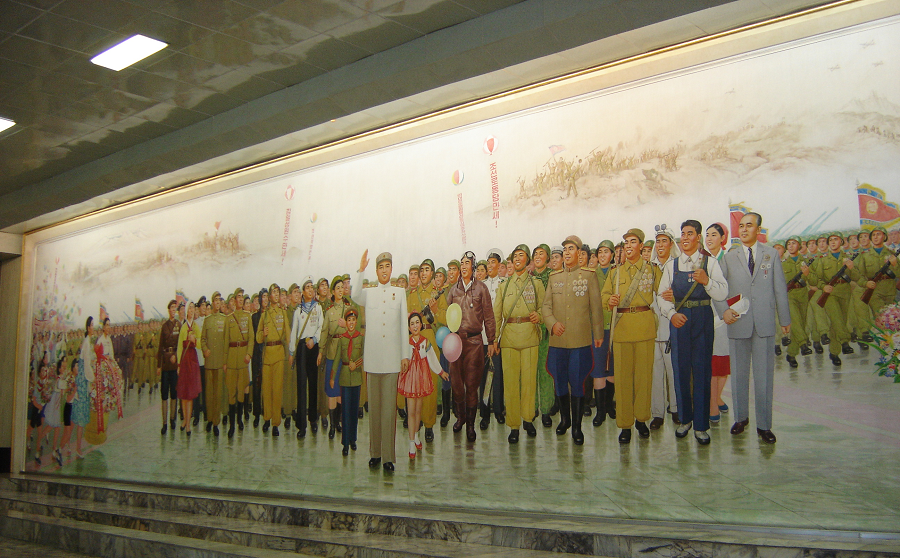 There are several cultural institutions in the city. One can note among them: 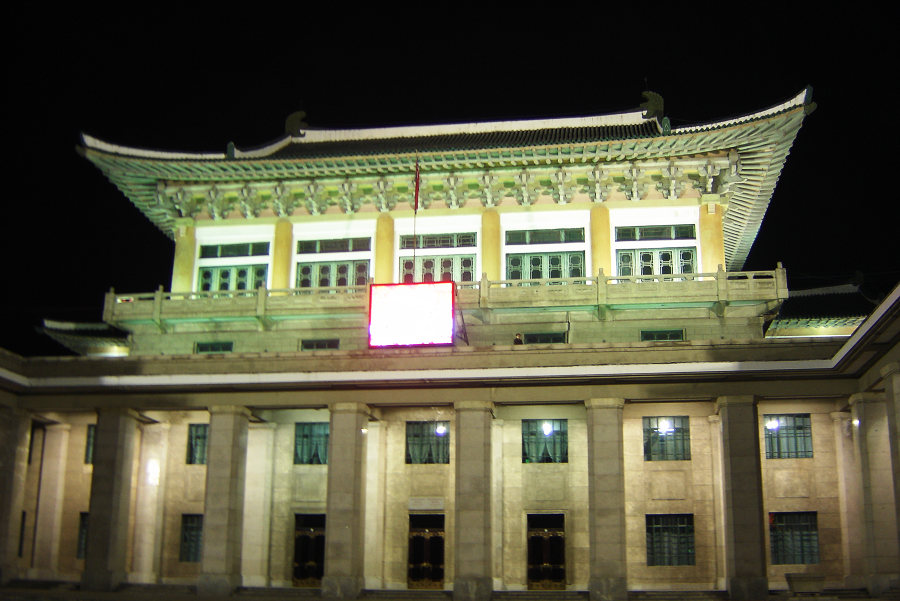 Historically, Korean cuisine has evolved through centuries of social and political change. Originating from ancient agricultural and nomadic traditions in southern Manchuria and the Korean Peninsula, it has gone through a complex interaction of the natural environment and different cultural trends. Rice dishes and kimchi are staple Korean foods. In a traditional meal, they accompany both side dishes (panch’an) and main courses like juk, pulgogi or noodles. Soju liquor is the best-known traditional Korean spirit. 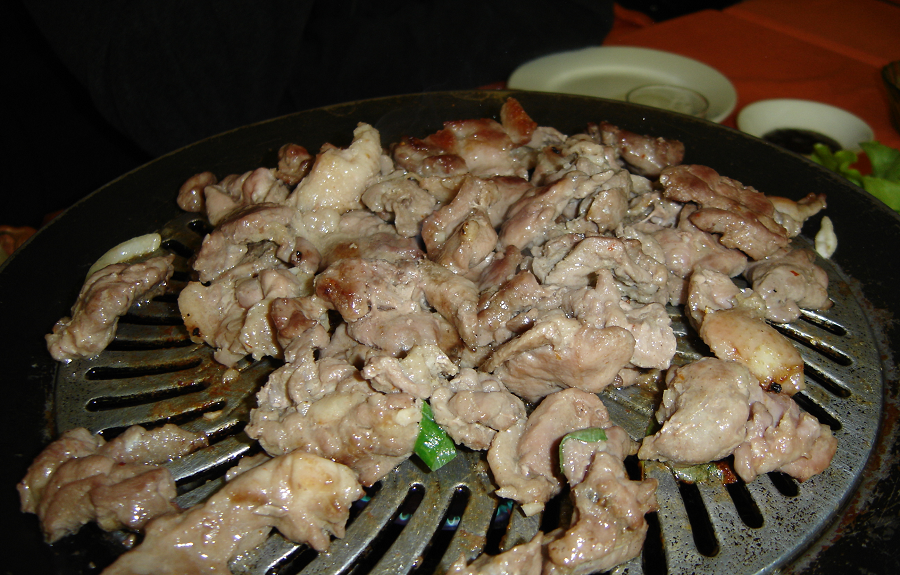 The Korean Demilitarized Zone (DMZ; Chosŏn’gŭl/Hangul: 한반도 비무장 지대; Hanja: 韓半島非武裝地帶) is a strip of land running across the Korean Peninsula. It is established by the provisions of the Korean Armistice Agreement to serve as a buffer zone between North Korea and South Korea. The demilitarized zone (DMZ) is a border barrier that divides the Korean Peninsula roughly in half. It was created by agreement between North Korea, China and the United Nations Command in 1953. The DMZ is 250 kilometres (160 miles) long, and about 4 kilometres (2.5 miles) wide.

Within the DMZ is a meeting point between the two nations in the small Joint Security Area (JSA) near the western end of the zone, where negotiations take place. There have been various incidents in and around the DMZ, with military and civilian casualties on both sides. 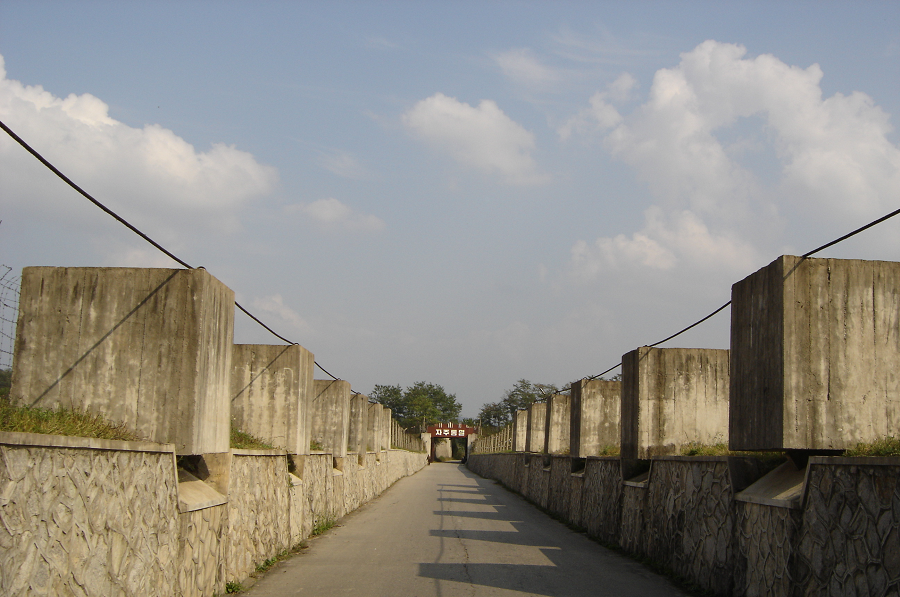