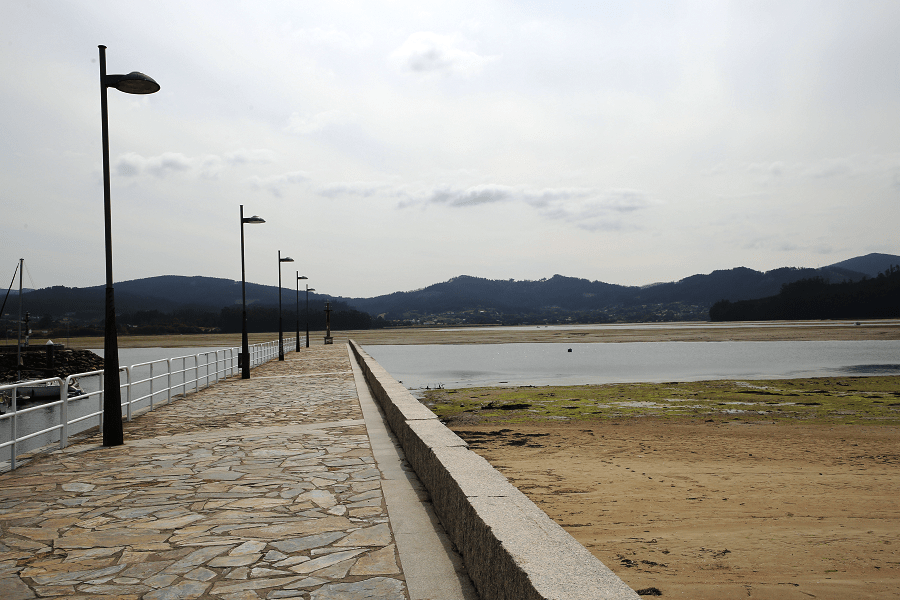 Ortigueira is a city, parish and municipality in the province of La Coruña, Galicia, Spain.

It is situated in the northern coast of the Rías Altas of the Atlantic resorts of Spain. 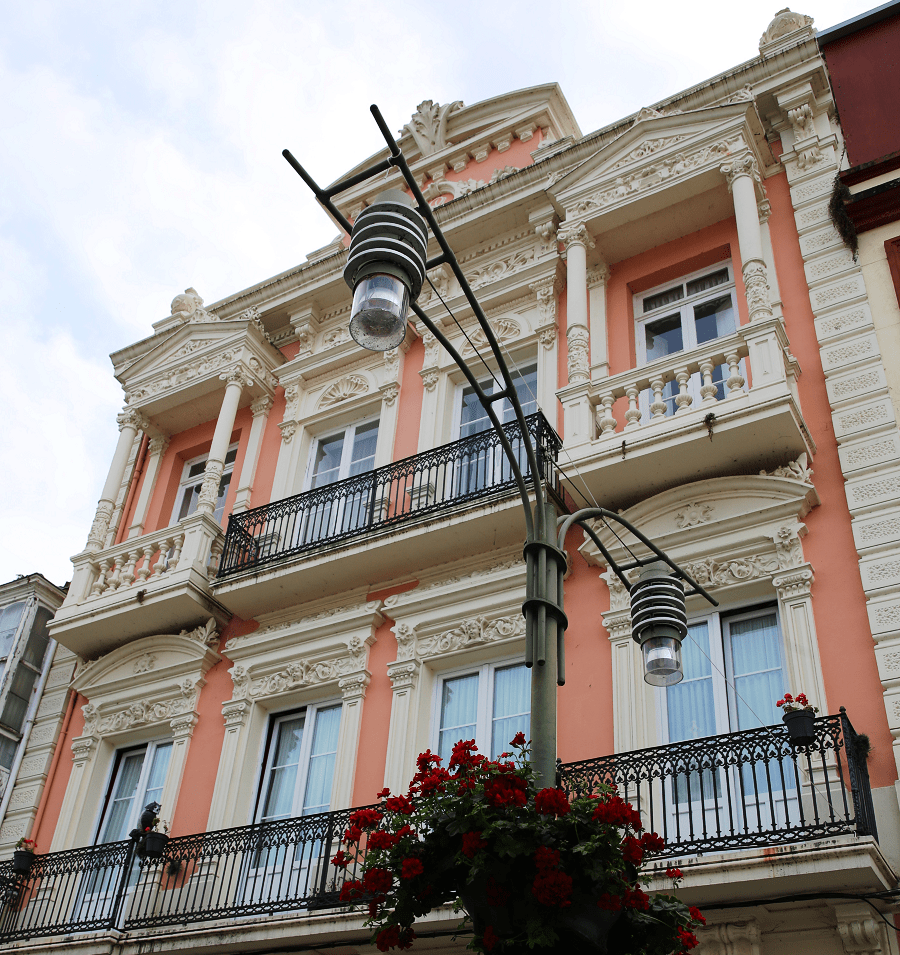 The ex-convent of Santo Domingo, the construction began in 1302, is one of the most representative buildings of the town and currently houses the church, the seat of the municipal government and the Teatro de la Beneficencia, built in 1850. The theater is famous for its frescoes made in 1892 by Vicente Martínez that are in good condition after a deep restoration carried out in the 1990s. 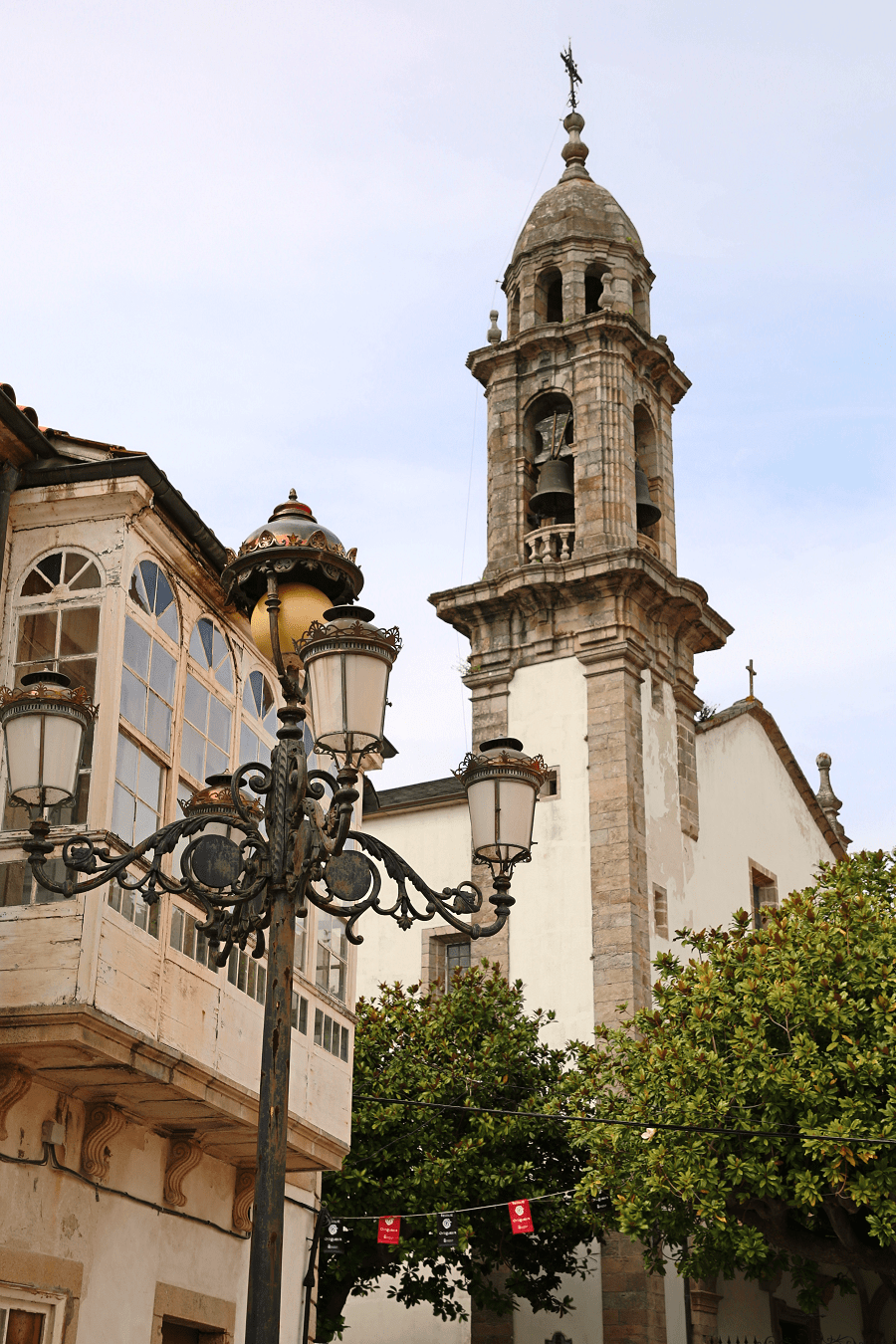 Other historical buildings in the municipality are the school group, built in 1909 by the modernist architect Julio Galán and which today is the seat of the municipal library; the old market in Plaza de Isabel II, built in 1917, and the parish church, from 1848. 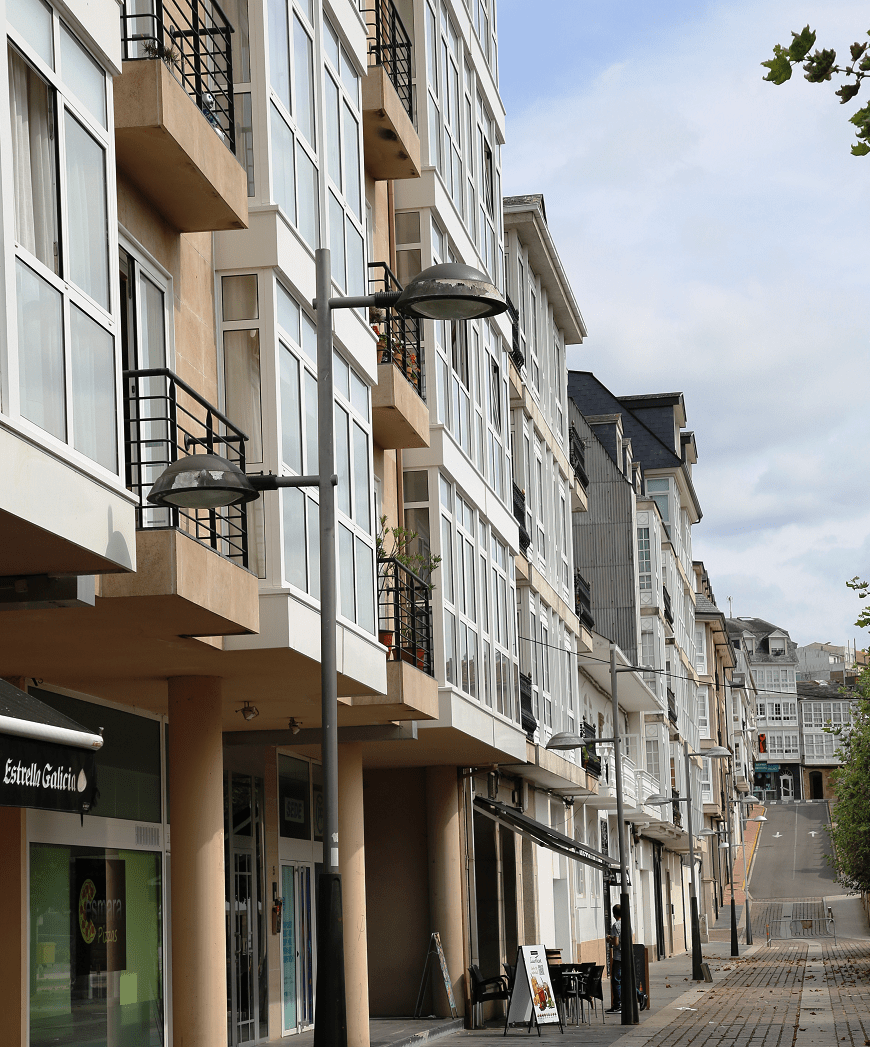 There are also several Indian mansions, built by emigrants in America (especially in Cuba and Argentina) during the early twentieth century. 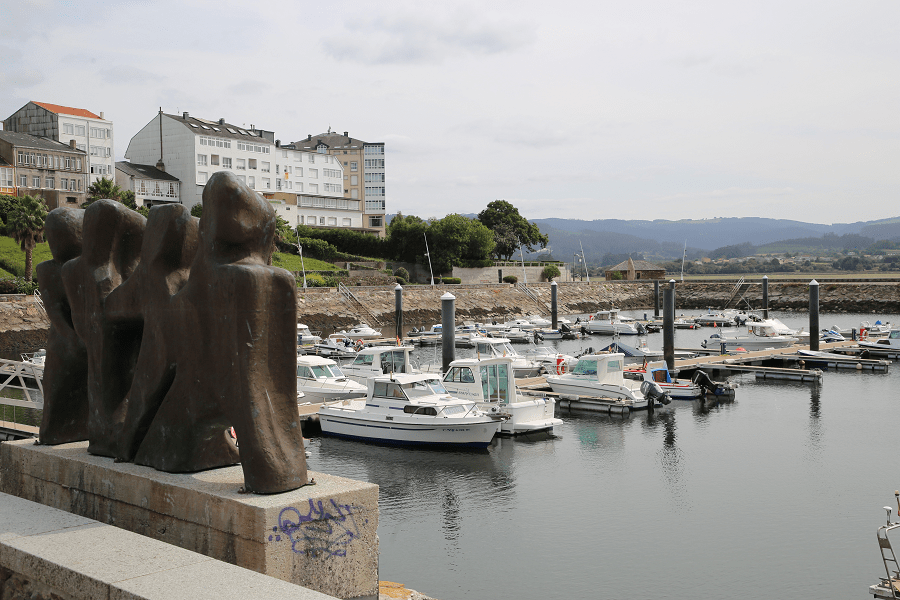 Among the pazos (palaces), the one of Brandariz stands out, which belonged to the Ponce de León family and where the writer Elena Quiroga set her novel Viento del Norte, with which she won the Nadal Prize in 1950; that of Riomayor (Senra), of the Barreiros (San Claudio), of Rasamonde (Espasante), of O Souto (Mera) and of Abasteira (Senra). 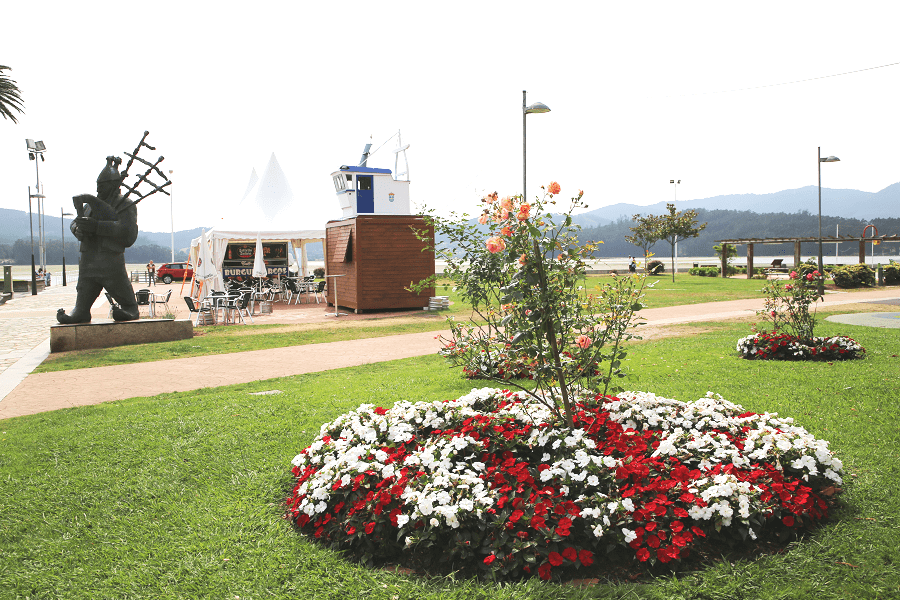 Until 2017, the headquarters of the Ortegalia Foundation, today extinct, was had housed in the old building of the Ortegano Casino (built in 1925).

In the parish of San Adrián de Veiga there is the castle of O Casón, dating from the Middle Ages and whose remains are barely preserved. 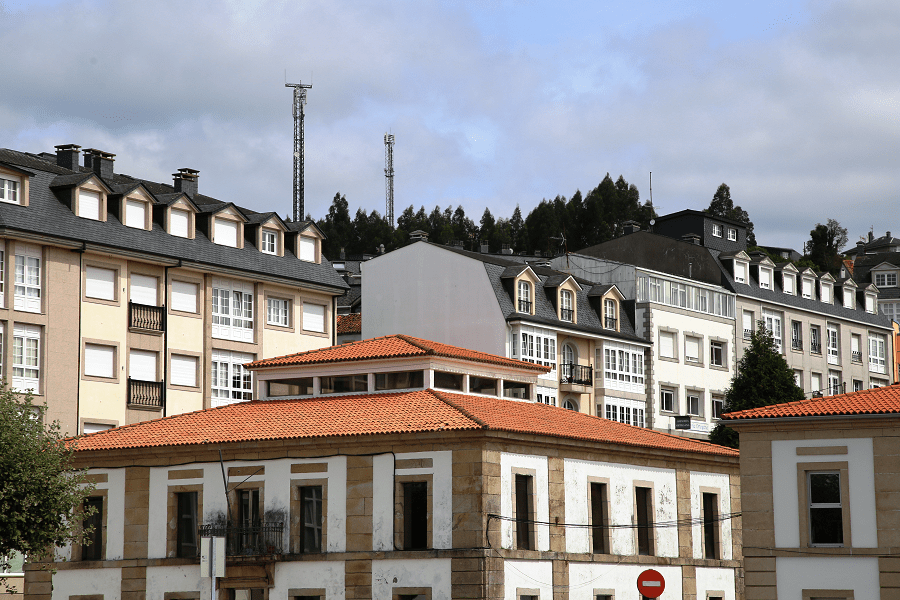 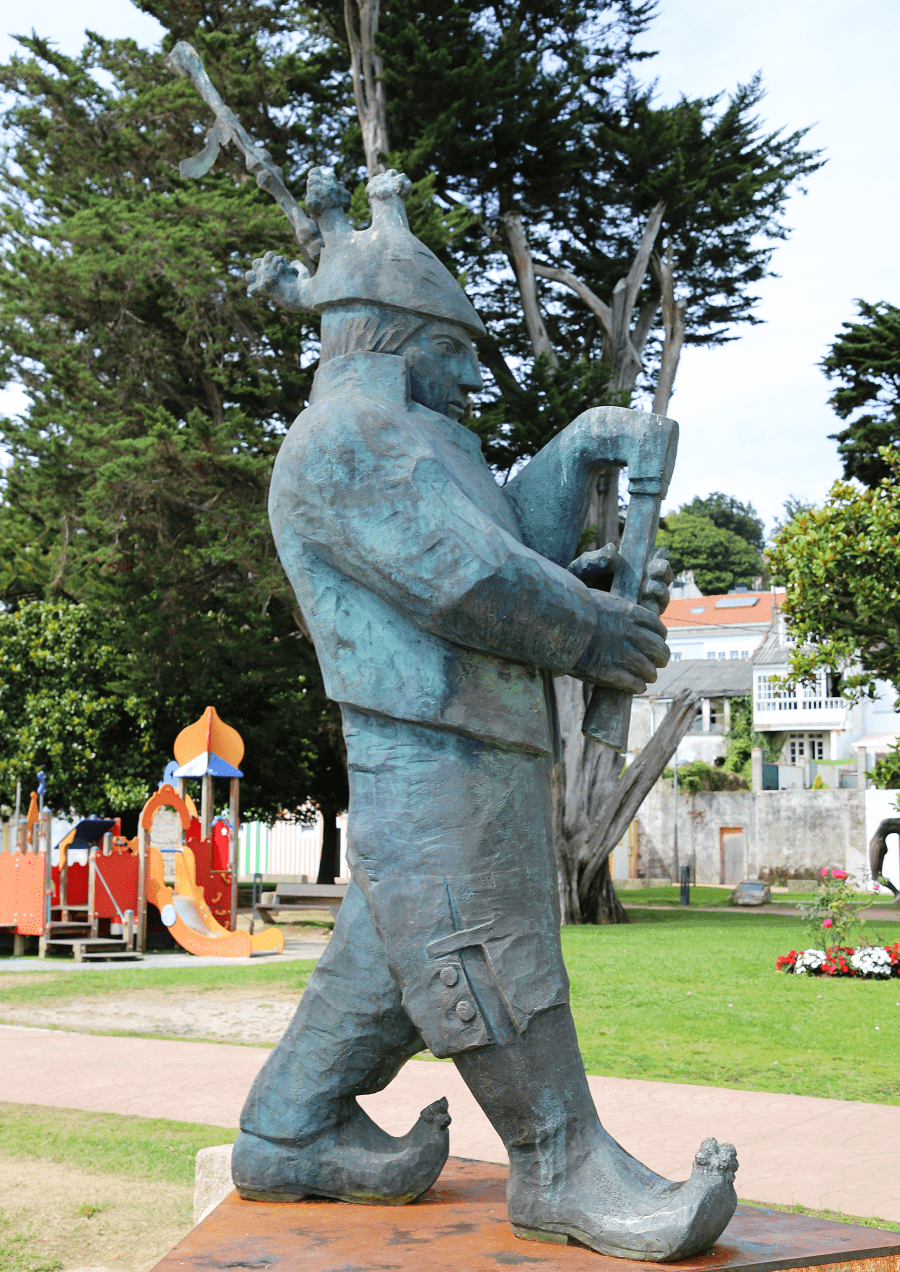 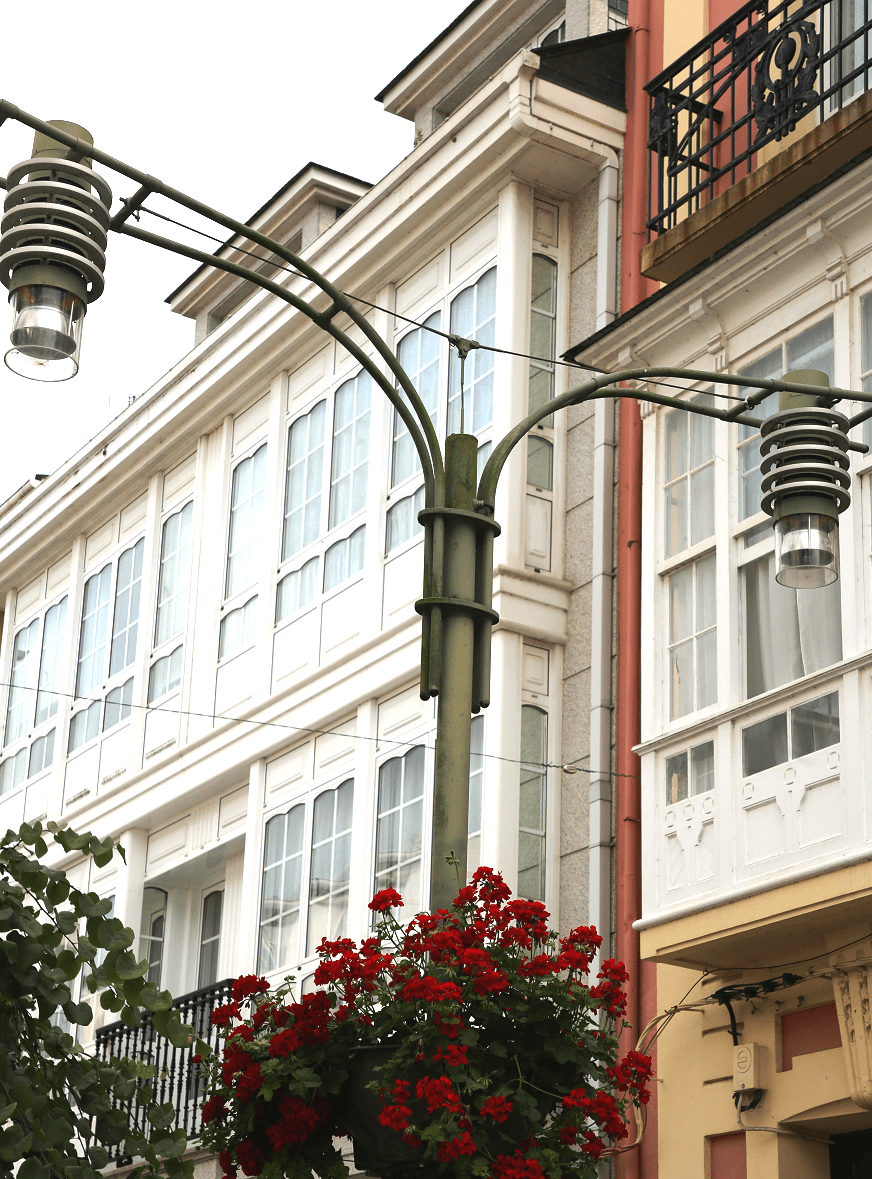 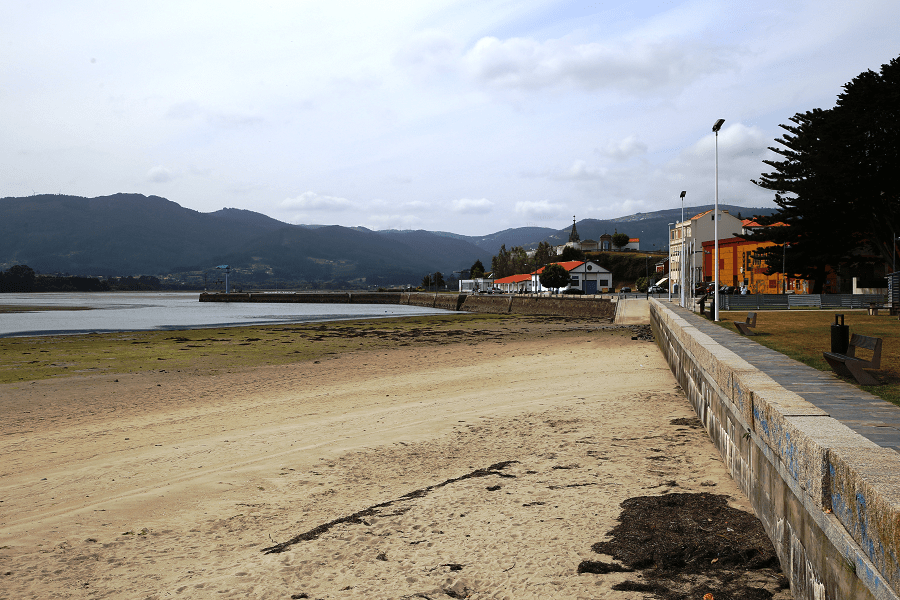 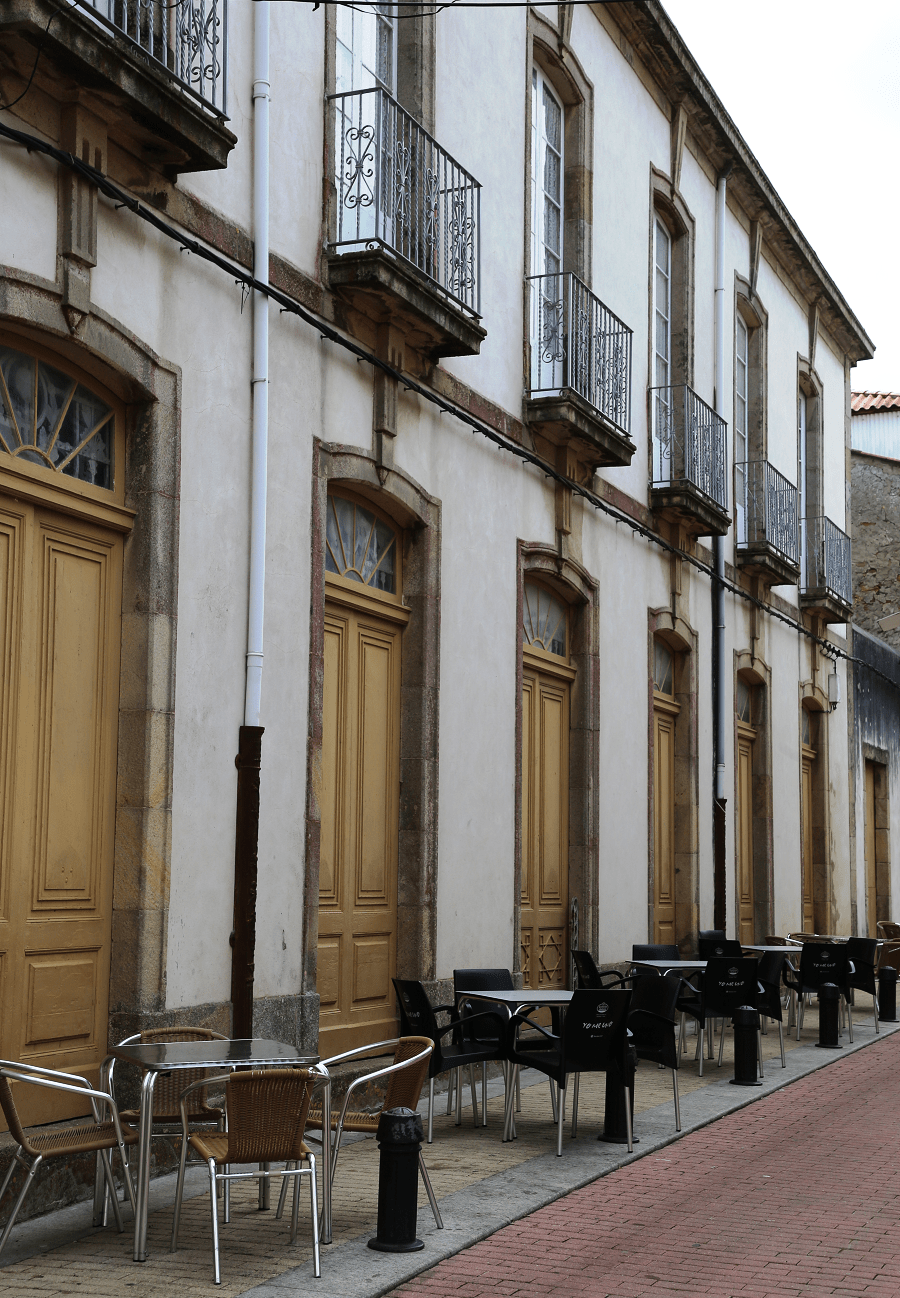