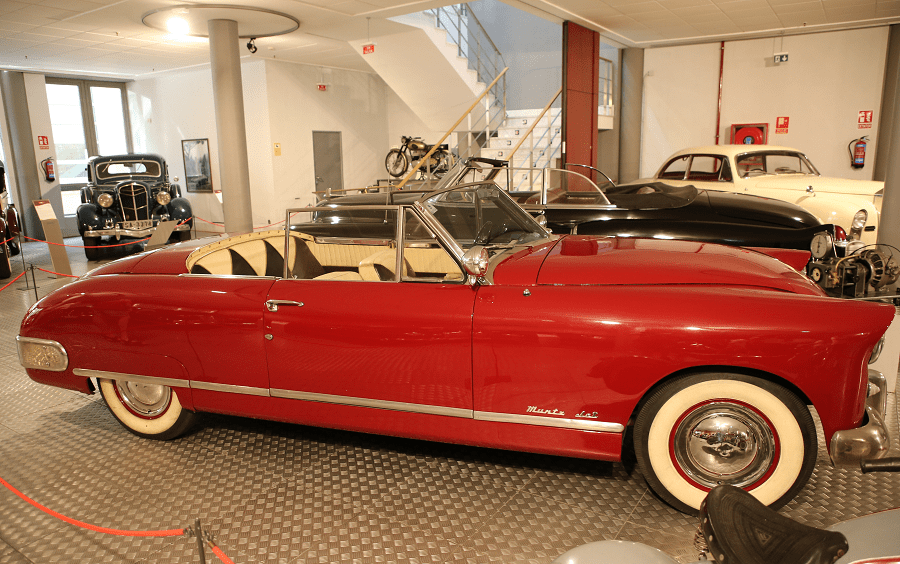 Muntz Jet 52 M from 1952, 205 HP, max. speed 190 km/h. The Muntz Jet is a two-door hardtop convertible built by the Muntz Car Company in the United States between approximately 1949 and 1954. It is sometimes credited as the first personal luxury car. Developed from the Kurtis Sport Car (KSC) that was designed by Frank Kurtis, it was produced and marketed by Earl “Madman” Muntz. 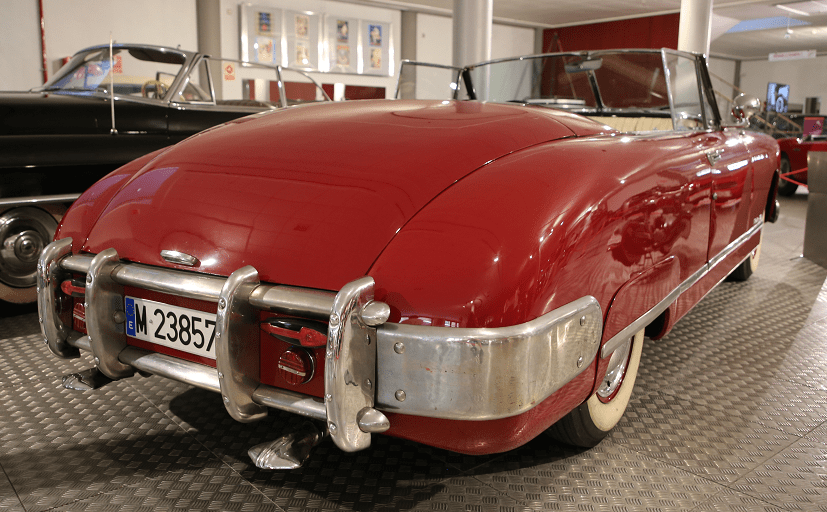 The car was powered by one of two V8 engines, either a 160 hp (120 kW) Cadillac engine or a 160 hp (120 kW) Lincoln engine, and it was equipped with either a General Motors Hydramatic automatic transmission or a three-speed Borg-Warner manual transmission. The Jet was streamlined, featured numerous luxury appointments, and was equipped with safety features that were not standard on most cars of its day, including a padded dashboard and seat belts. 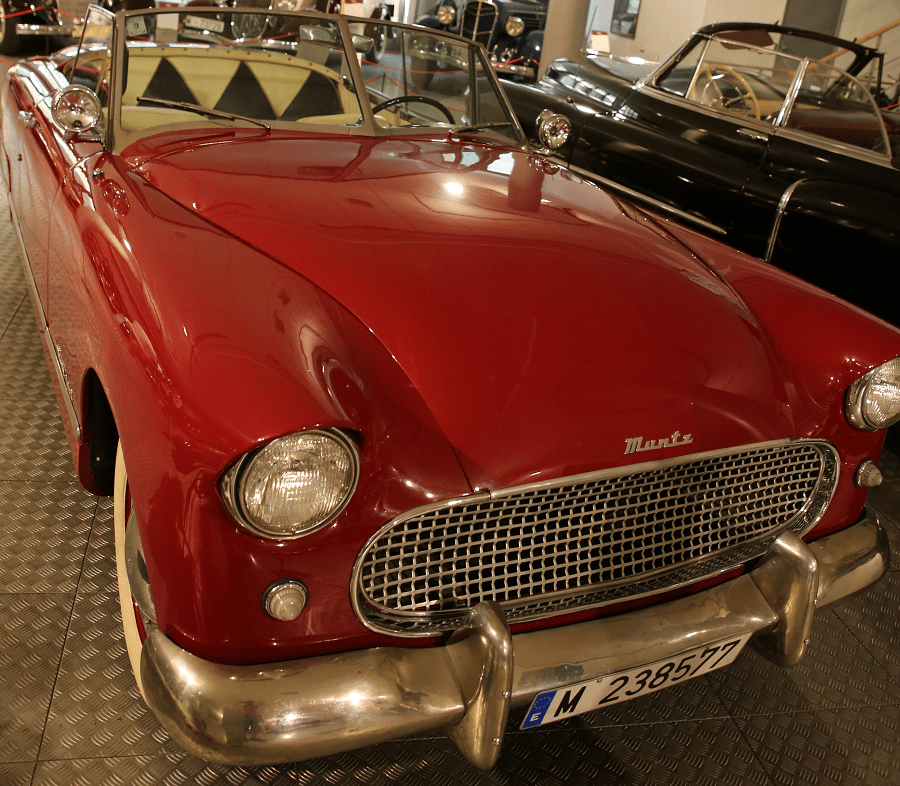