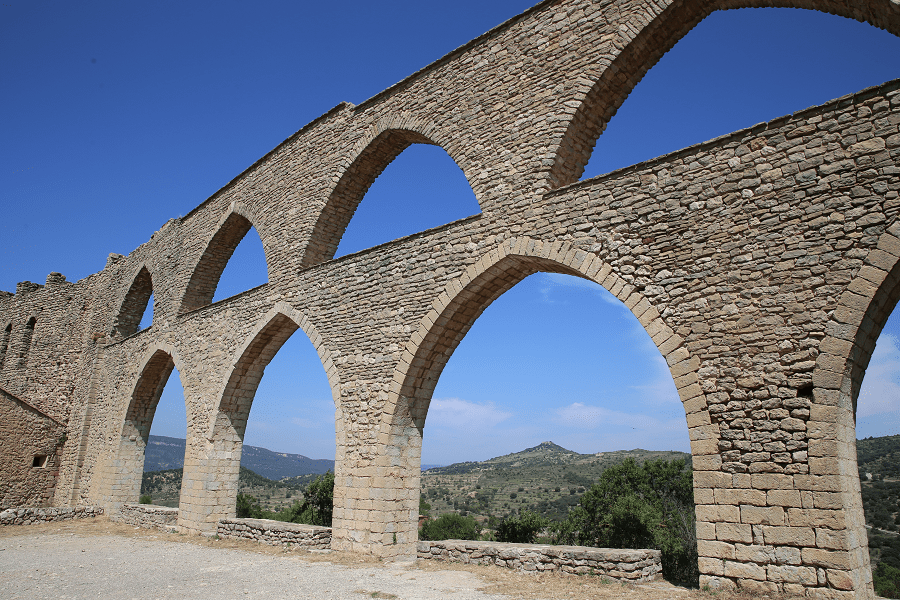 Morella is an ancient walled city located on a hill-top in the province of Castellón, Valencian Community, Spain. The town is the capital and administrative centre of the comarca of Els Ports, in the historic Maestrat (Maestrazgo) region.

Since 2013 the city is a member of The Most Beautiful Towns of Spain association. 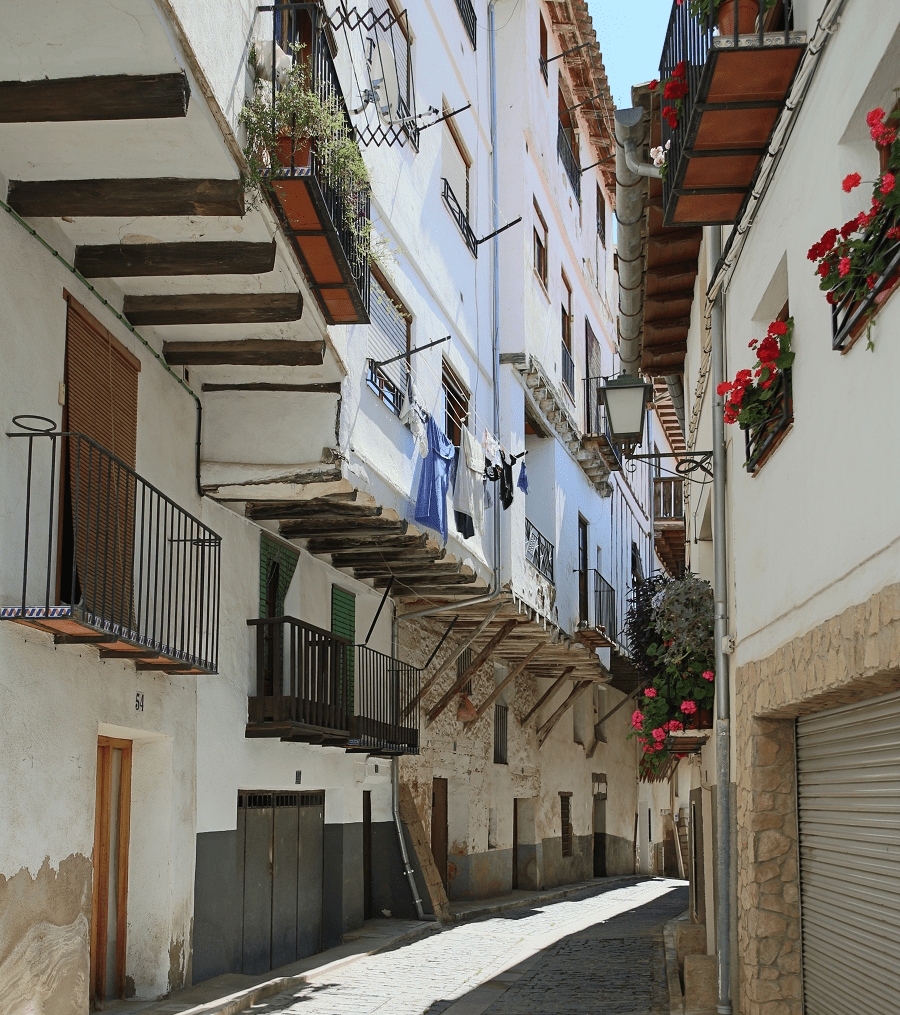 Church of Santa Maria. The Archpriest Church of Santa María is a Gothic construction. Inside, at the back of the choir, you can see the Pórtico de la Gloria carved in the form of a frieze. The unique spiral staircase that leads up to the choir, the main altar, its three rose windows with original stained glass windows from the Valencian School from the 14th century, a painting of the head of Our Lady of Suffrage, from Sassoferrato (17th century) and Francisco Turull’s organ are some of his jewels. 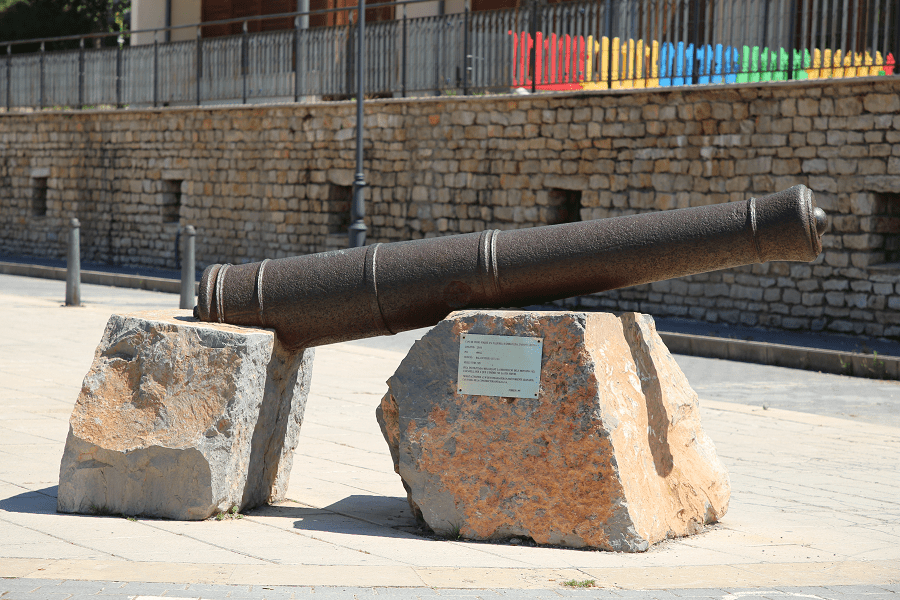 Convent of San Francisco. Its construction began in 1272, finishing first the rooms, refectory and cloisters. Later the construction of the church began. It is a clear example of Valencian Gothic. The gabled wooden roof must have been completed in 1387, as well as a choir with a very stretched arch and a wooden floor. It was completed in 1390, the year in which it was solemnly consecrated by Bishop Hugo de Lupia. The most significant part of the complex is the Chapter House, where there is a fresco painting, which represents the Dance of Death from the 15th century. 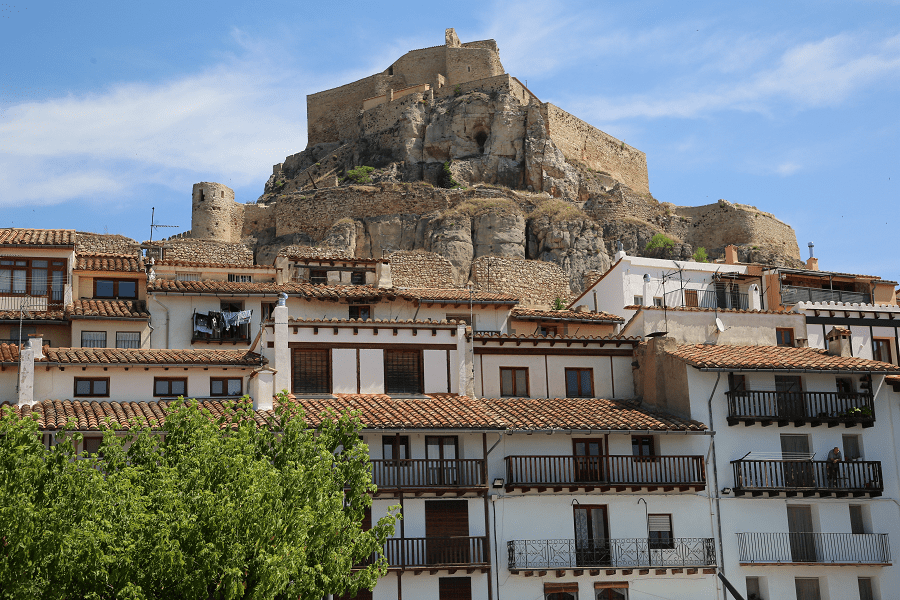 Church of San Nicolás, in the late Romanesque style, is now an exhibition hall.

Hermitage of Santa Llúcia i Sant Llacer. The brotherhood of Sant Llacer, founded in 1280, built this hermitage in 1286.

Sanctuary of the Virgin of Vallivana.

Morella Castle, built on the top of the rock, consists of the main square (1,070 m²), the governor’s palace, the cistern, the Pardala tower, Cacho prison, remains of royal palaces, homage towers, and official pavilions, where different forms of civilization and cultures have passed. Declared a Historic-Artistic Monument by the Decree of June 3, 1931. 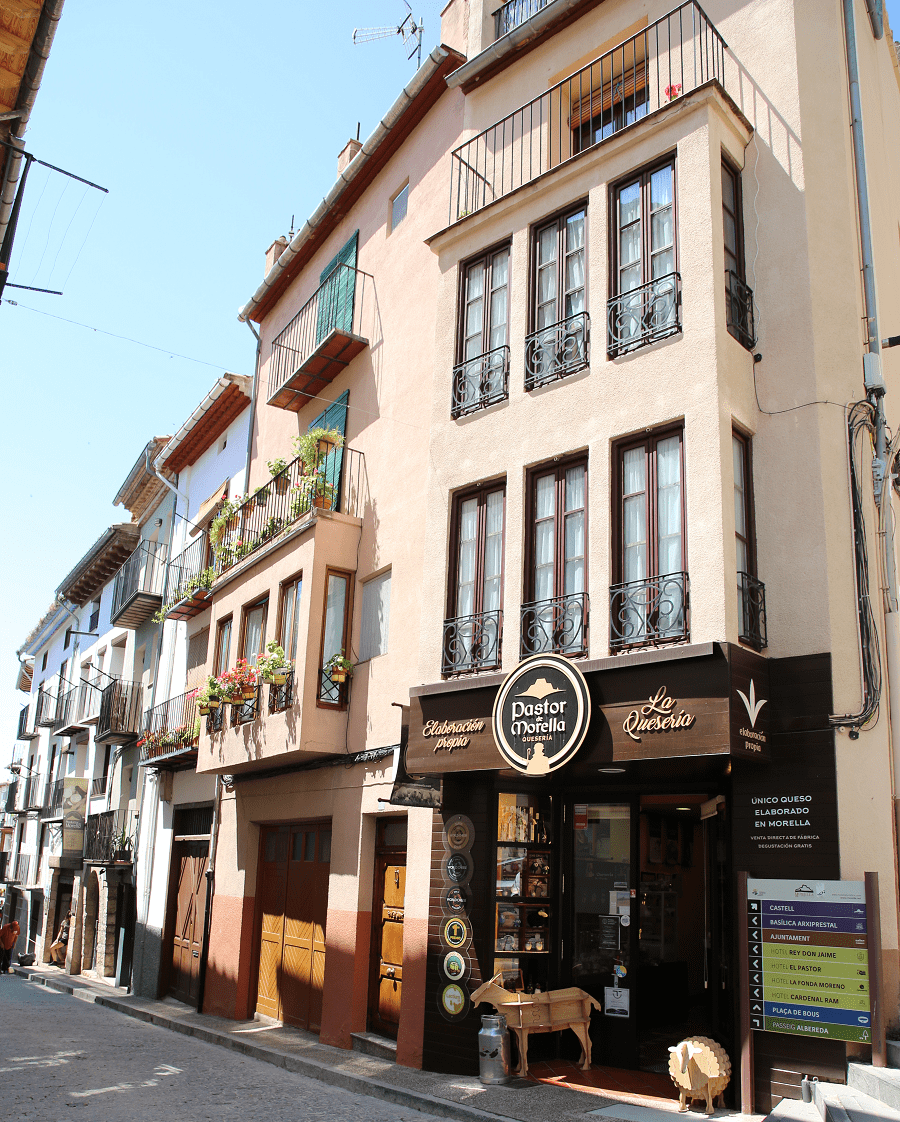 Visigoth settlement from the 7th century. It is one of the most important sites of this time in the entire Mediterranean arc, said the directors of the excavation, Ramiro Pérez and José Manuel de Antonio. 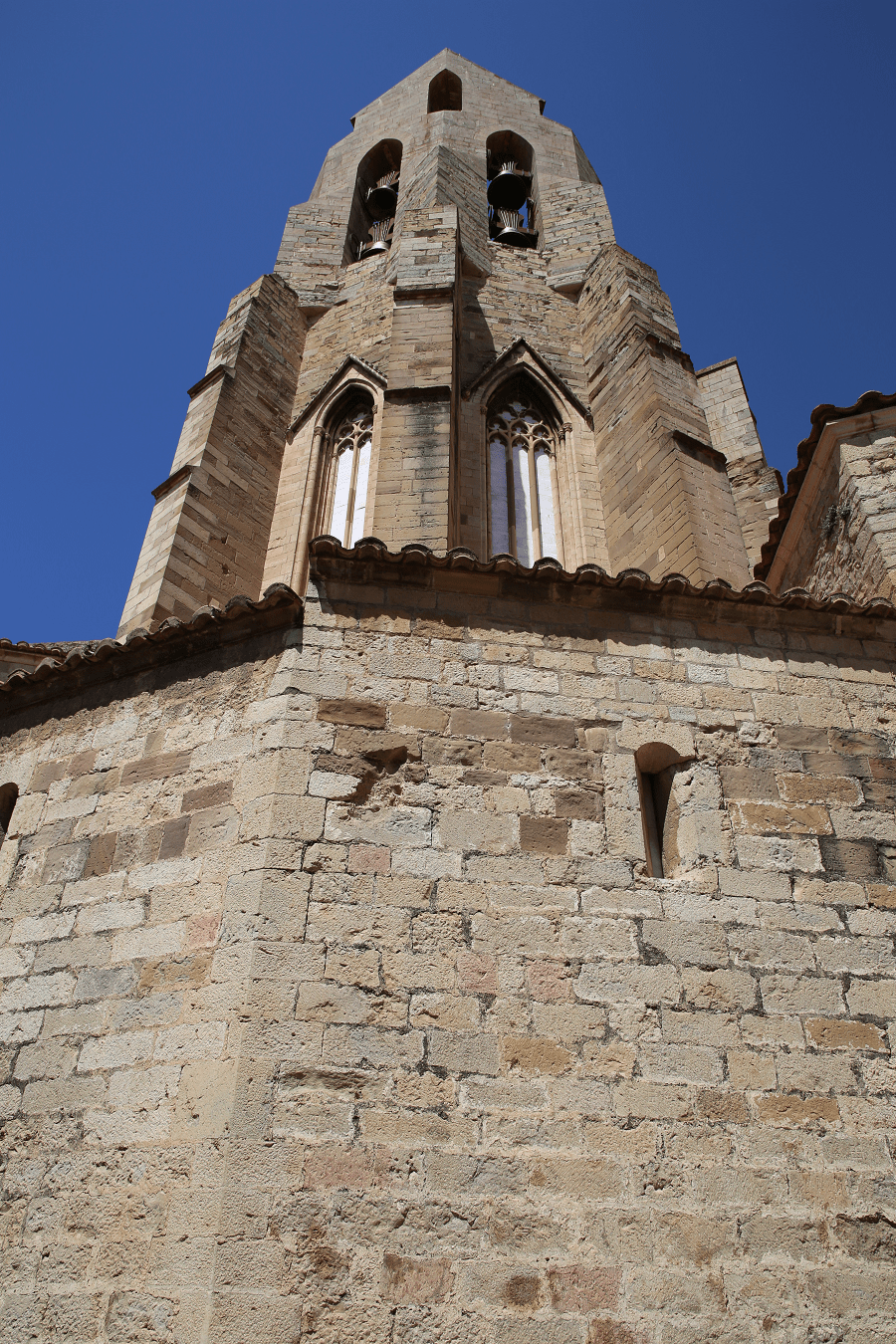 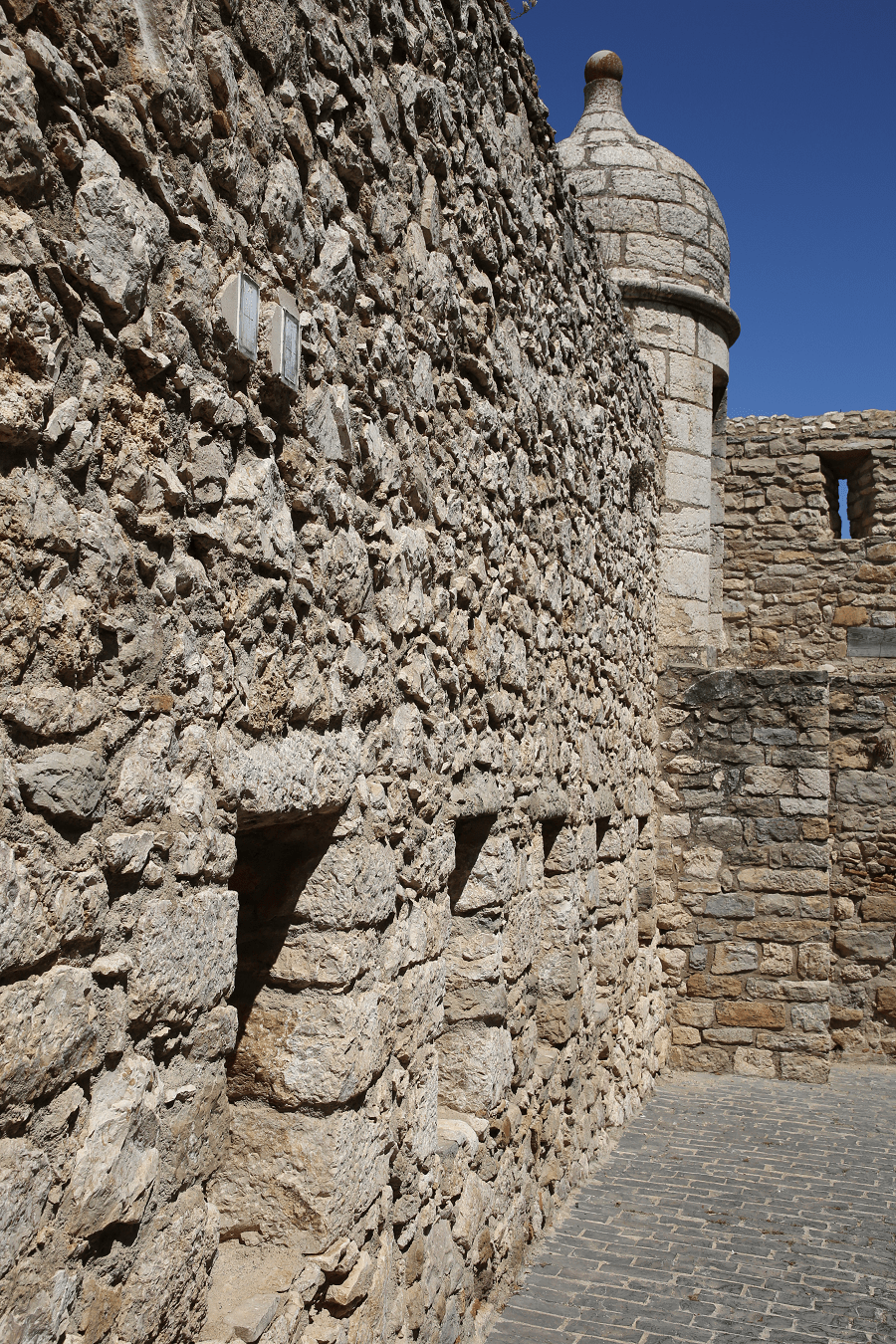 Aqueduct of Santa Lucía. It is a considerable work of Gothic civil engineering from the 14th century, through which the waters of the “Vinatxos” and “Aljub” fountains flowed towards the “Font Vella” of Morella. 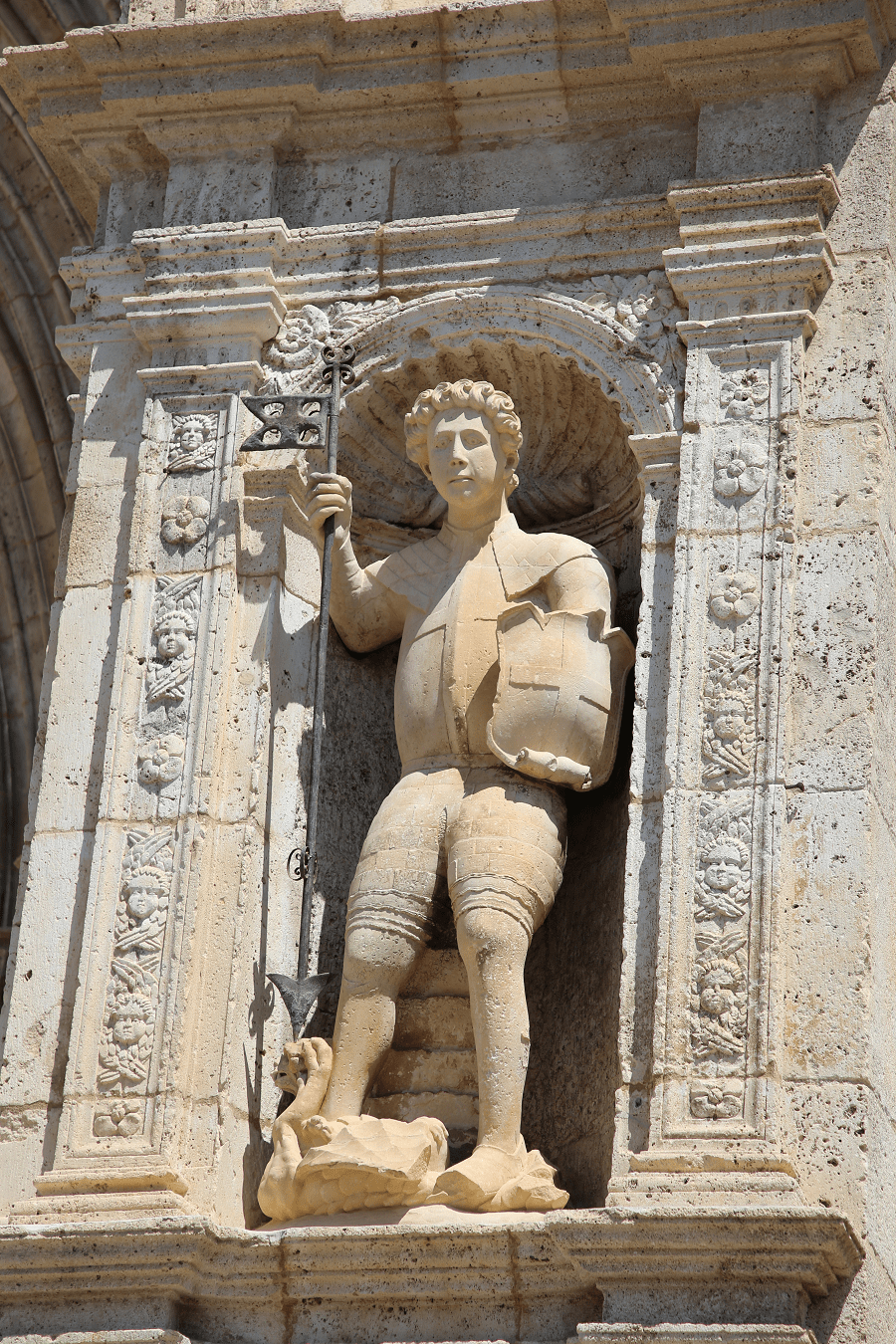 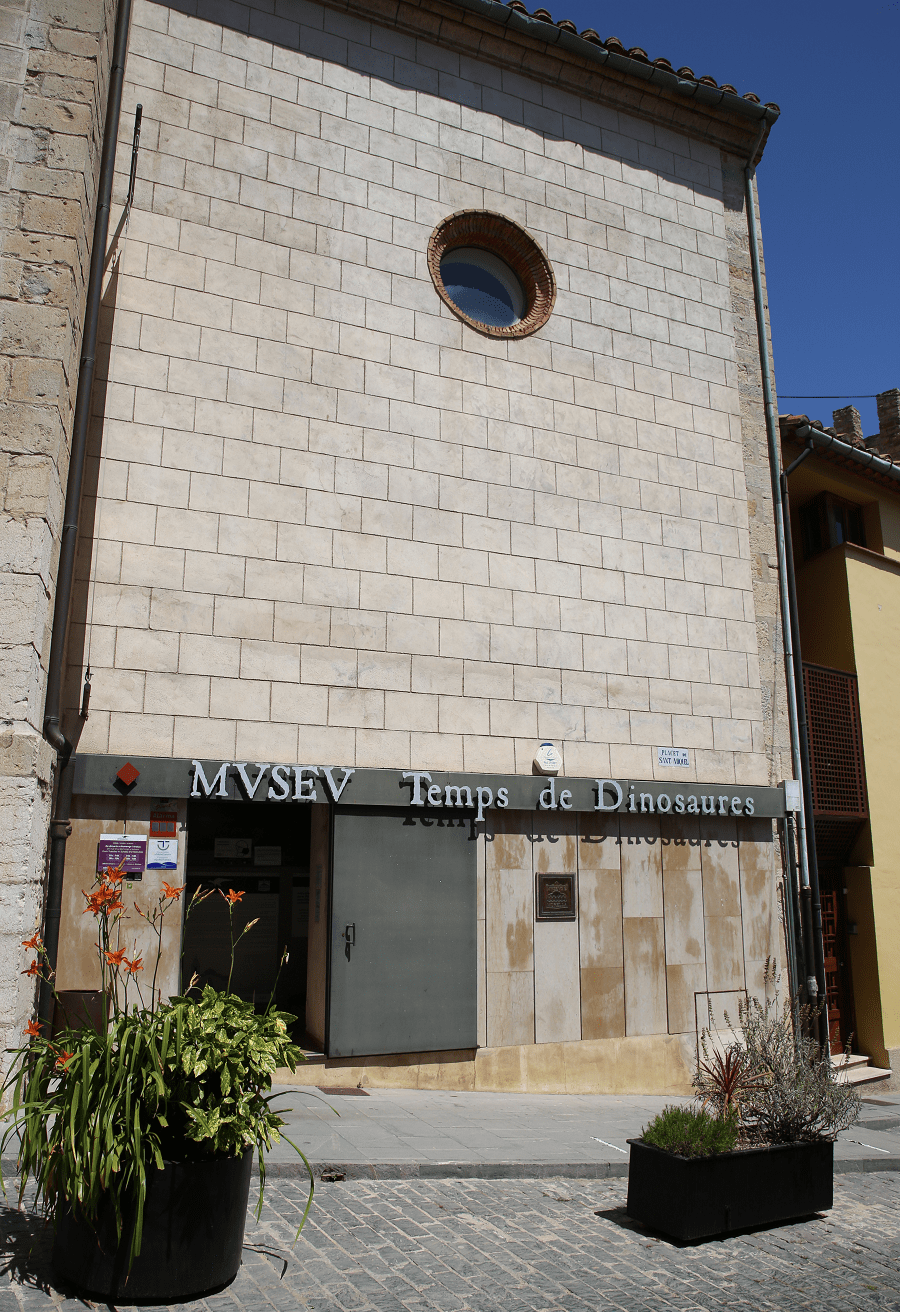 Camino del Cid. Given the historical link of the town with the figure of the Cid Campeador, Morella is part of this tourist route, precisely with a ring called “Morella Ring”. This section has its epicenter in the town of Castellón. 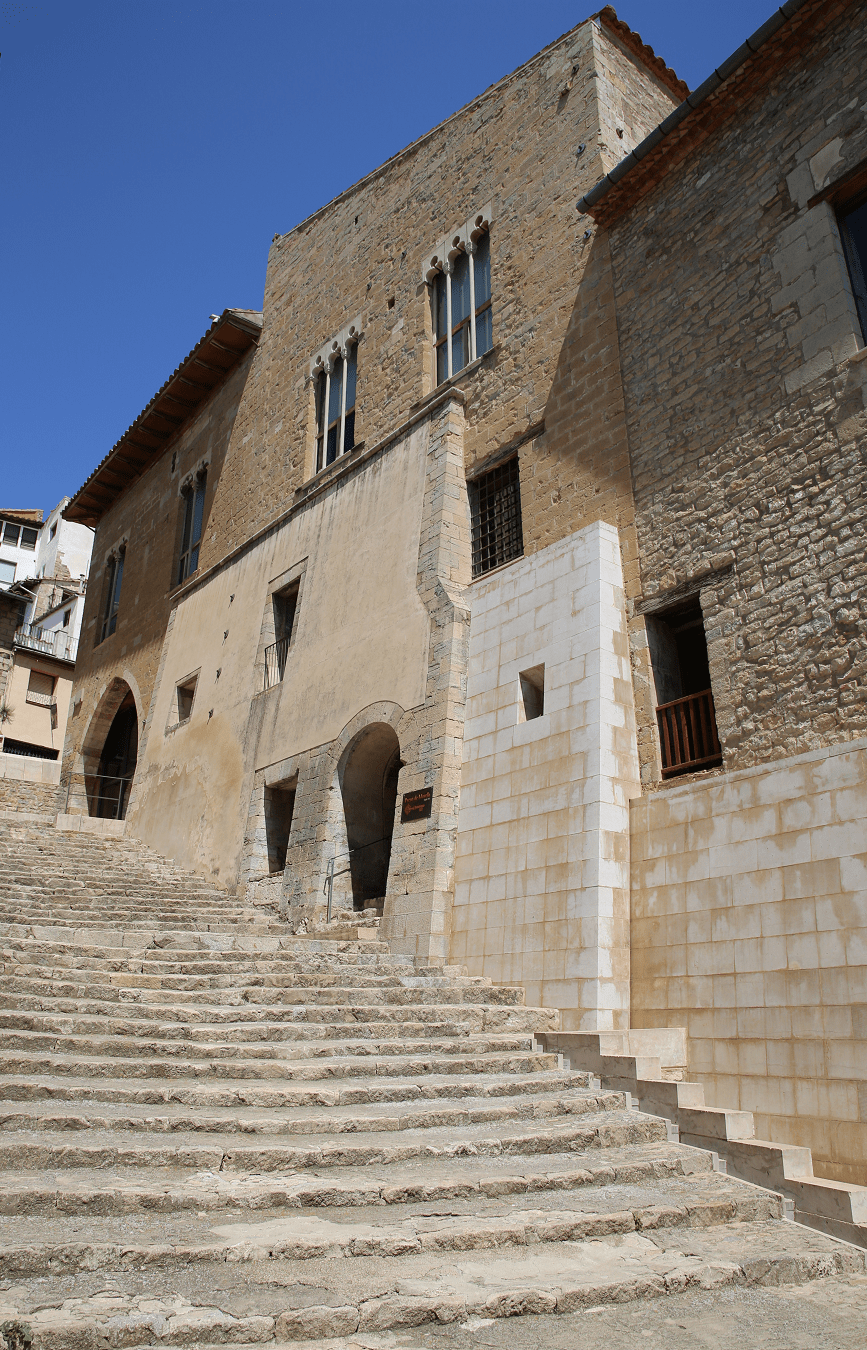 Prehistoric remains in the area include cave paintings in Galeria del Roure, in Morella la Vella, famous for the oldest known depiction of archery combat. These paintings date from 7,200 to 7,400 years ago. 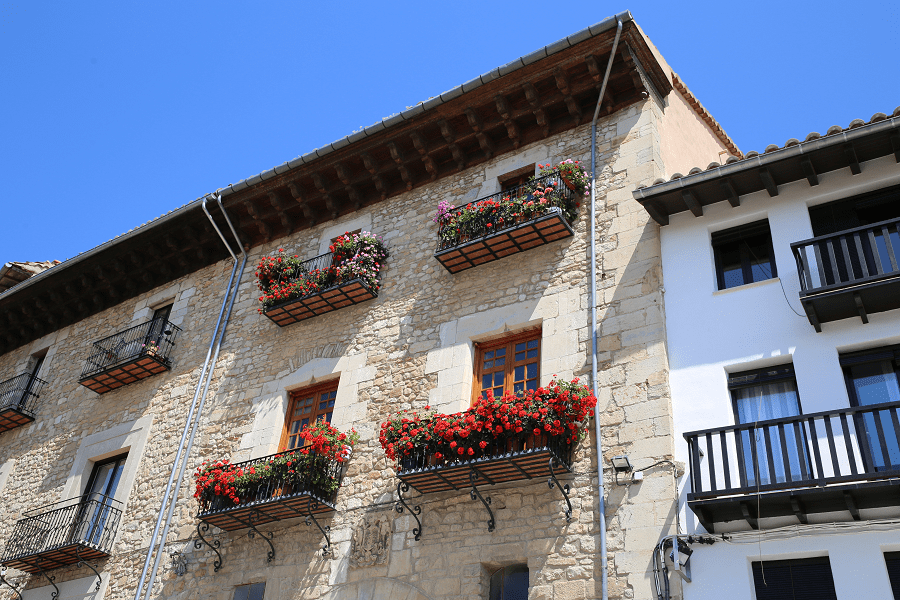 The ancient Greeks established a treasury at Morella, but then the area became the scene of conflict between the Carthaginians and the Roman Empire during the Punic Wars. Eventually the town was Romanized and became part of the province of Tarragona. The Visigoths populated the city in two different epochs, there are ruins of a Visigoth village in the site of Mas Sabater-Cantera de la Parreta de Morella. There are the remains of a building from the 7th century A.D., which according to the archaeologists could have been twelve meters high and maybe it was a noble building or maybe of religious use according to Ramiro Pérez, one of the directors of the excavation. 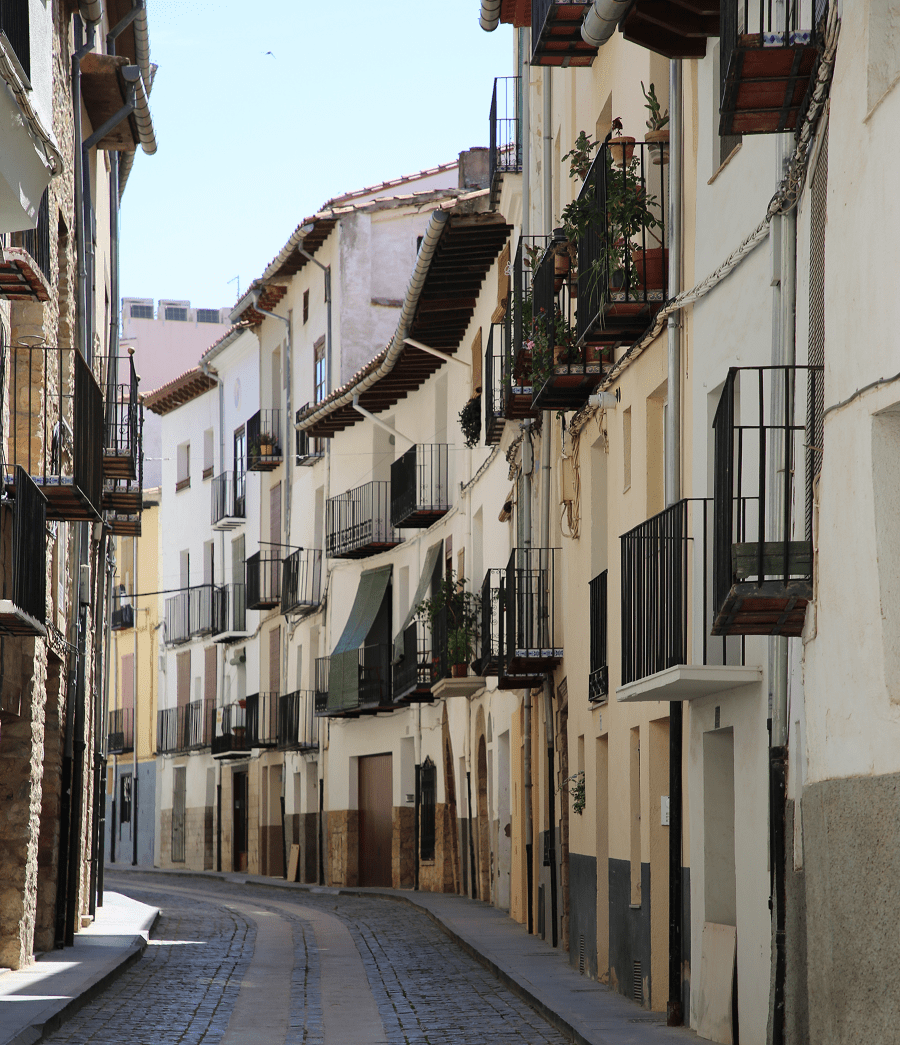 Morella, characterized by the textile industry, has been and is the commercial center of its region, so it can be said that the service sector predominates in its economy, currently driven by tourism, both internal and external. While agriculture and livestock (swine and poultry) and the collection and marketing of the black truffle complement its economic activity.

The existence of a sector for curing sausages, hams and cheeses, both goat and sheep, typical of the region, is traditional.

A benchmark in the region’s textile industry is the Giner factory, where the entire process was carried out, from obtaining animal wool to making the fabric. It is believed that it began its activities around 1870 and its peak period was from 1870 to 1900, eventually employing hundreds of workers, many of whom lived in the houses set up in the factory itself. Decline began in 1917 and the company was legally dissolved in 1926.

In the last decade, due to favorable wind circulation conditions, a large number of wind farms have been developed that generate renewable electricity, both in the municipality and in the rest of the Els Ports region. 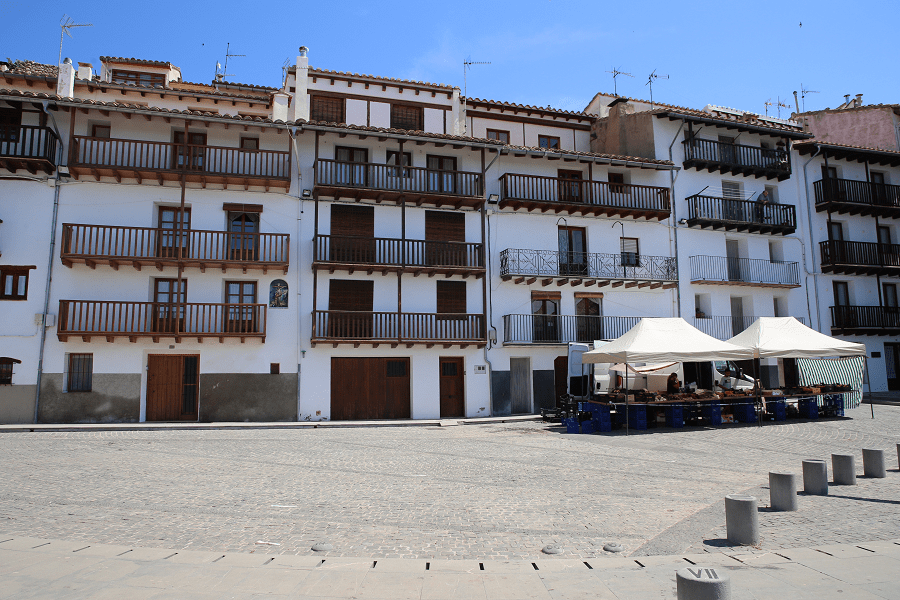 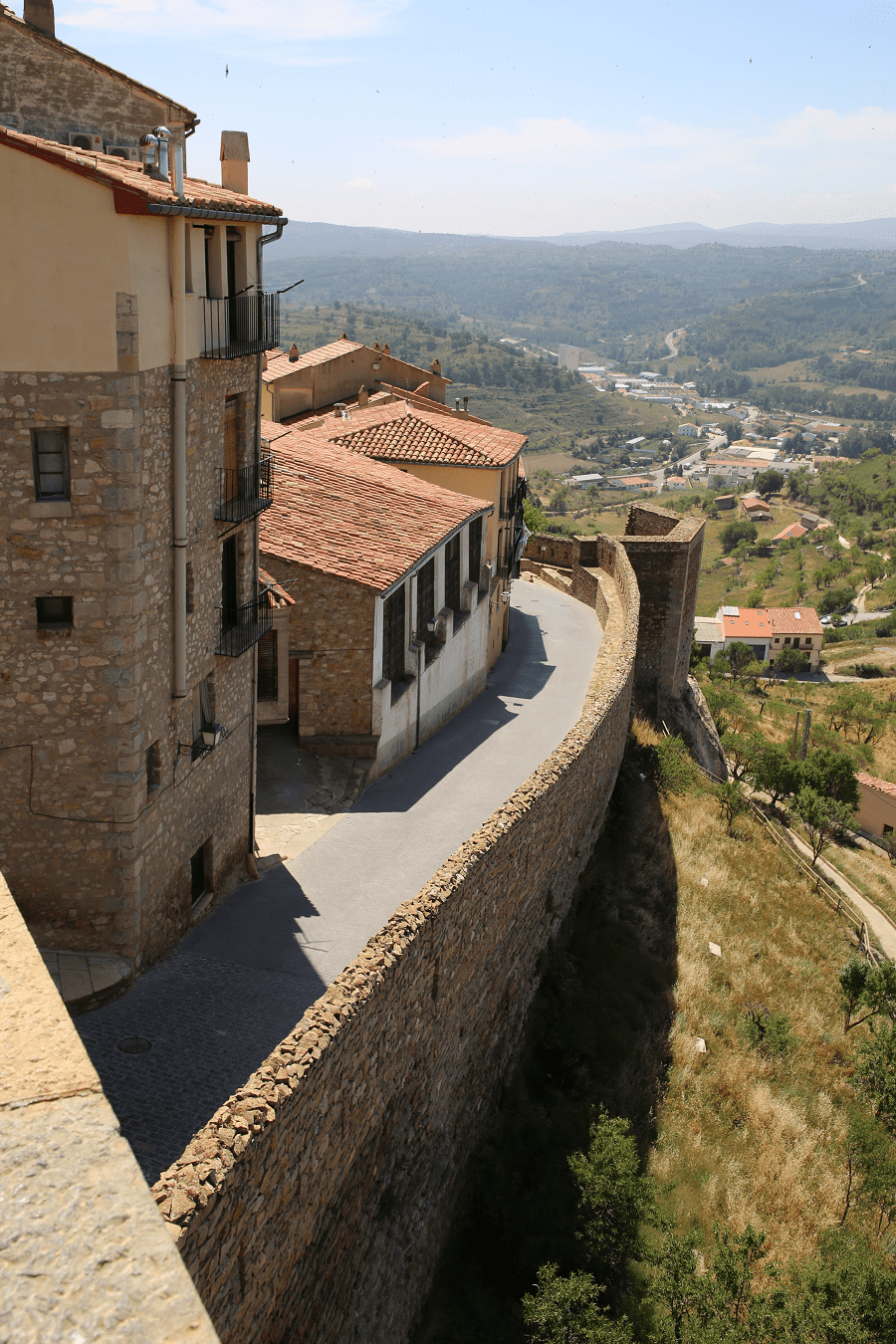 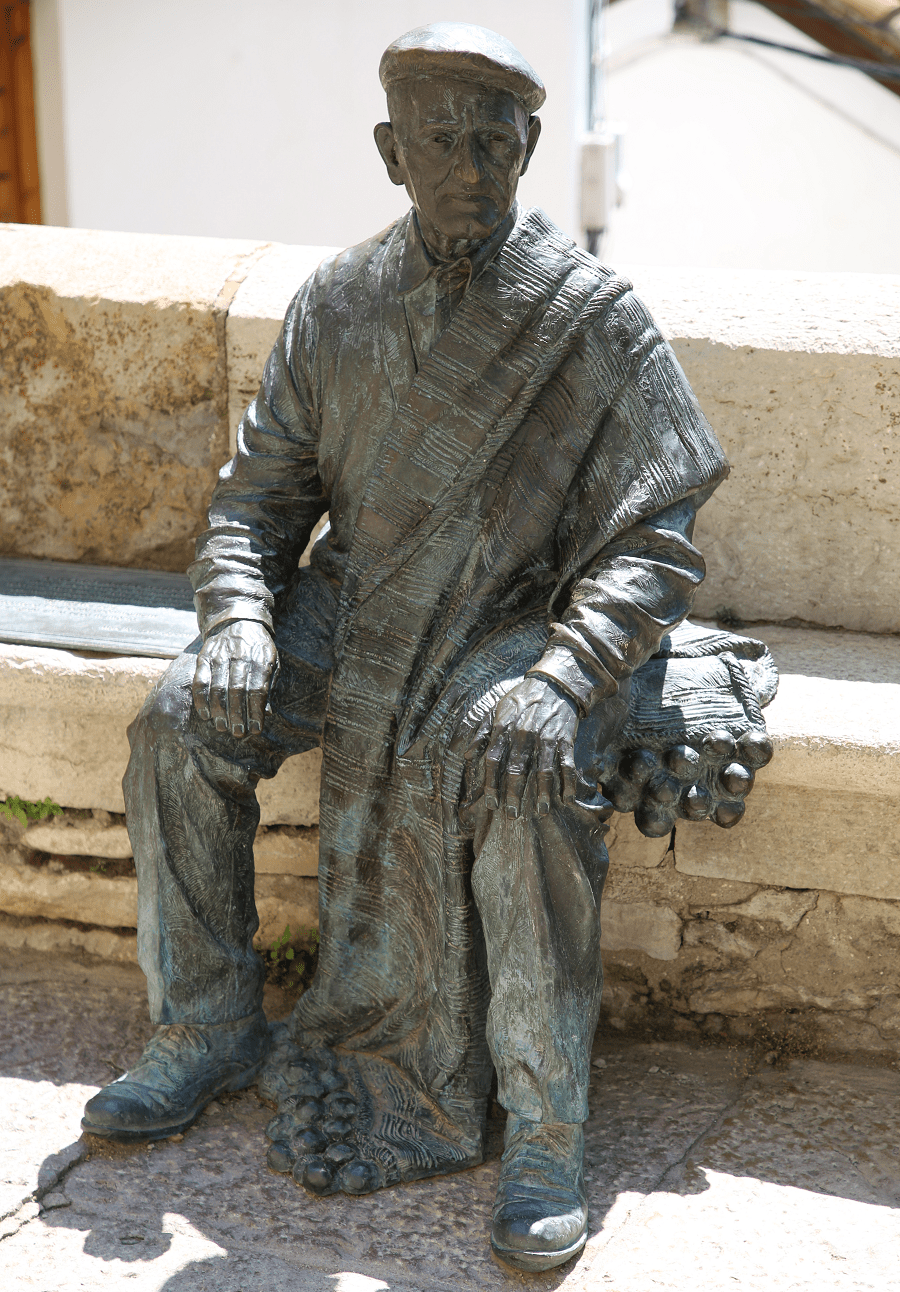 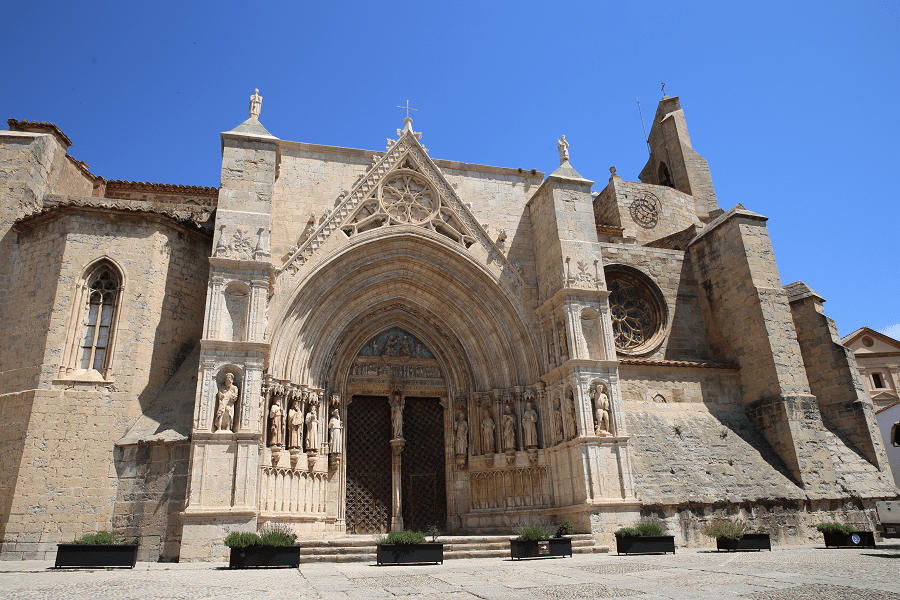