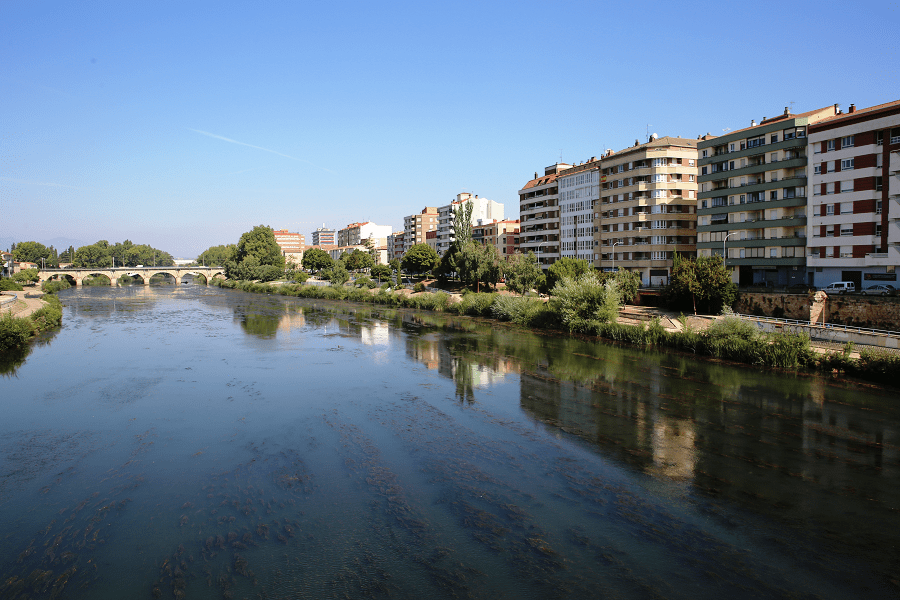 Despite the existence of settlements in the area since the Iron Age, the first mention of Miranda de Ebro in history occurred in the year 757. Alfonso VI granted the town an important charter in 1099.

The arrival of the railway in 1862 marked the beginning of the industrial revolution in the city. The junction of the lines from Madrid to Irun and Castejón to Bilbao was at Miranda railway station, making it the most important rail junction in northern Spain. 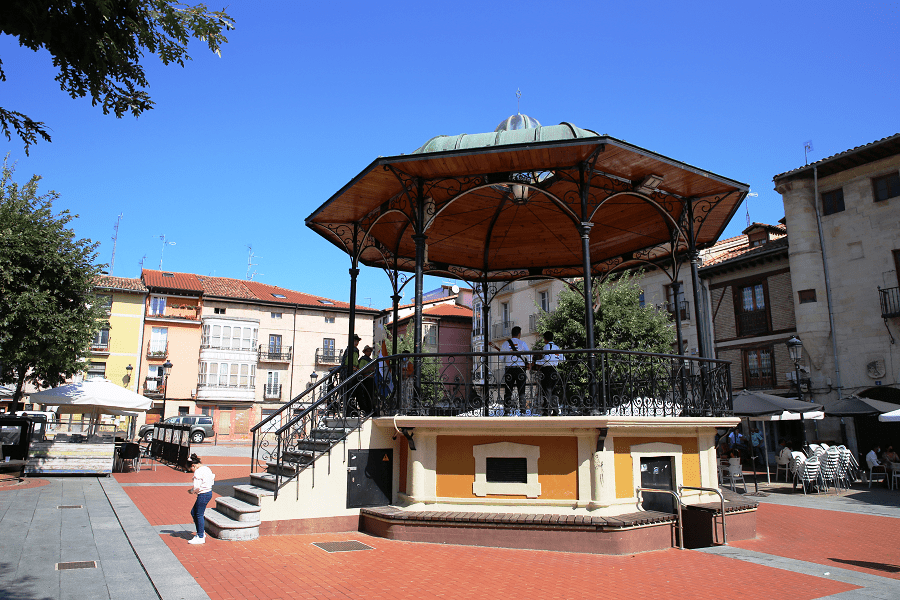 The castle of Miranda de Ebro is located on Picota hill, in the heart of the old helmet of the city. It is positioned about 500 metres above sea level and offers great views of the city and the mountains that surround it.

The origins of the castle of Miranda de Ebro date from 15 October 1358, when Tello of Castille asked the bishopric of Calahorra for the land to construct a castle at the top of the hill of La Picota, a place that was at that time occupied by the church of Santa Maria. Nevertheless, the construction did not begin until 1449, when Pedro Sarmiento occupied the church. Construction was delayed until 1485 and were directed by the expert stonecutter Juan Guas. 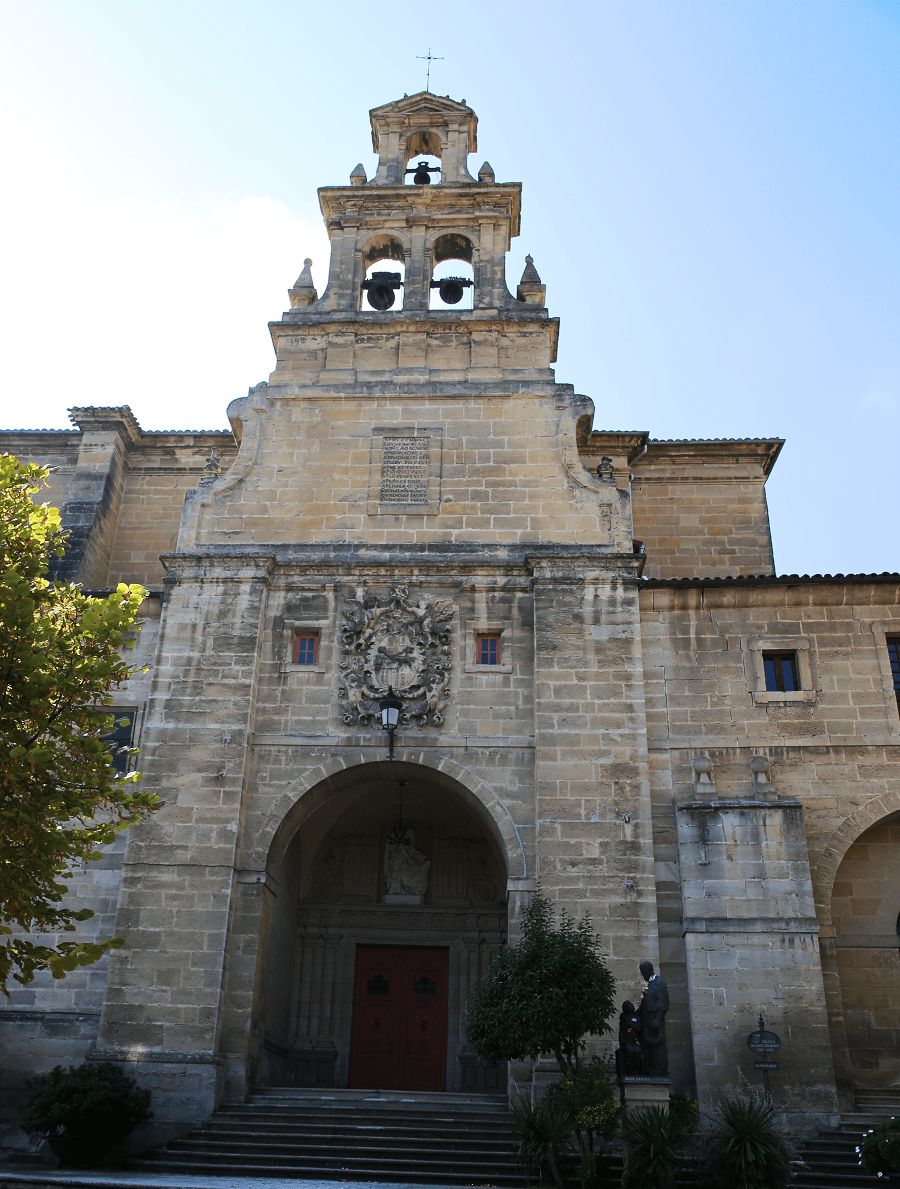 The castle plan had trapezoidal form, with four or five vertices.

Today only the north wall is visible, between the King’s Battery and the Queen’s Battery. Also preserved, though hidden by vegetation, is the East-West wall and a circular tower in the southwestern edge, which was probably crenellated. The entrance to the fortification was through a barbican: a small defensive system that consisted of a series of entrance halls before the front door. It also had a pit on the west side that looks towards the rest of the hill of the Picota.

The castle was constructed of ashlar masonry stone, or at least the external walls, while the rest was completed with rubble. 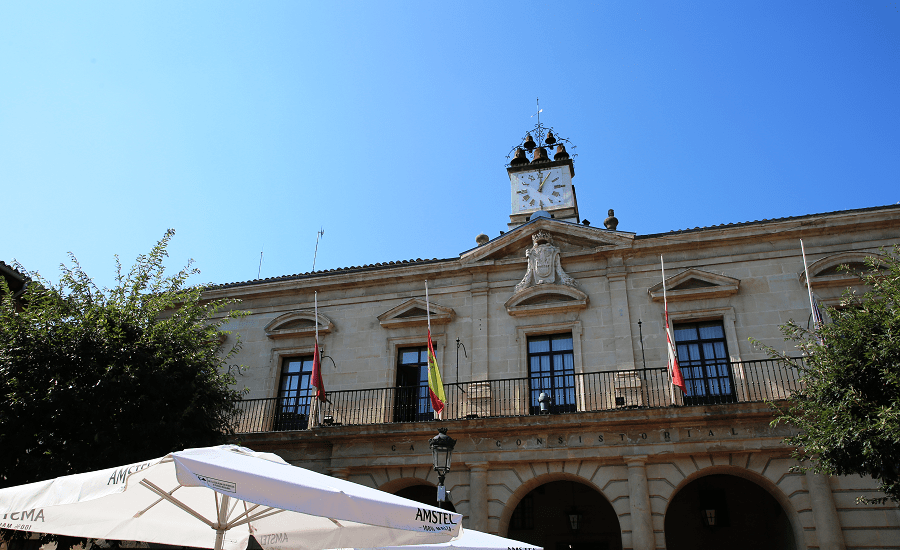 The project for the town hall and prison was drafted by Francisco Alejo de Aranguren, who directed the work together with Santos Ángel de Ochandátegui. In March 1778, the modified project was presented by the hand of the architect Ventura Rodríguez, who introduced the criteria of the Royal Academy of Fine Arts of San Fernando. In that same year the work began, although the practical management was carried out by Javier Ignacio de Echeverría and Domingo de Urizar. The works were completed in May 1788, although the inauguration did not take place until August 19 of that year. 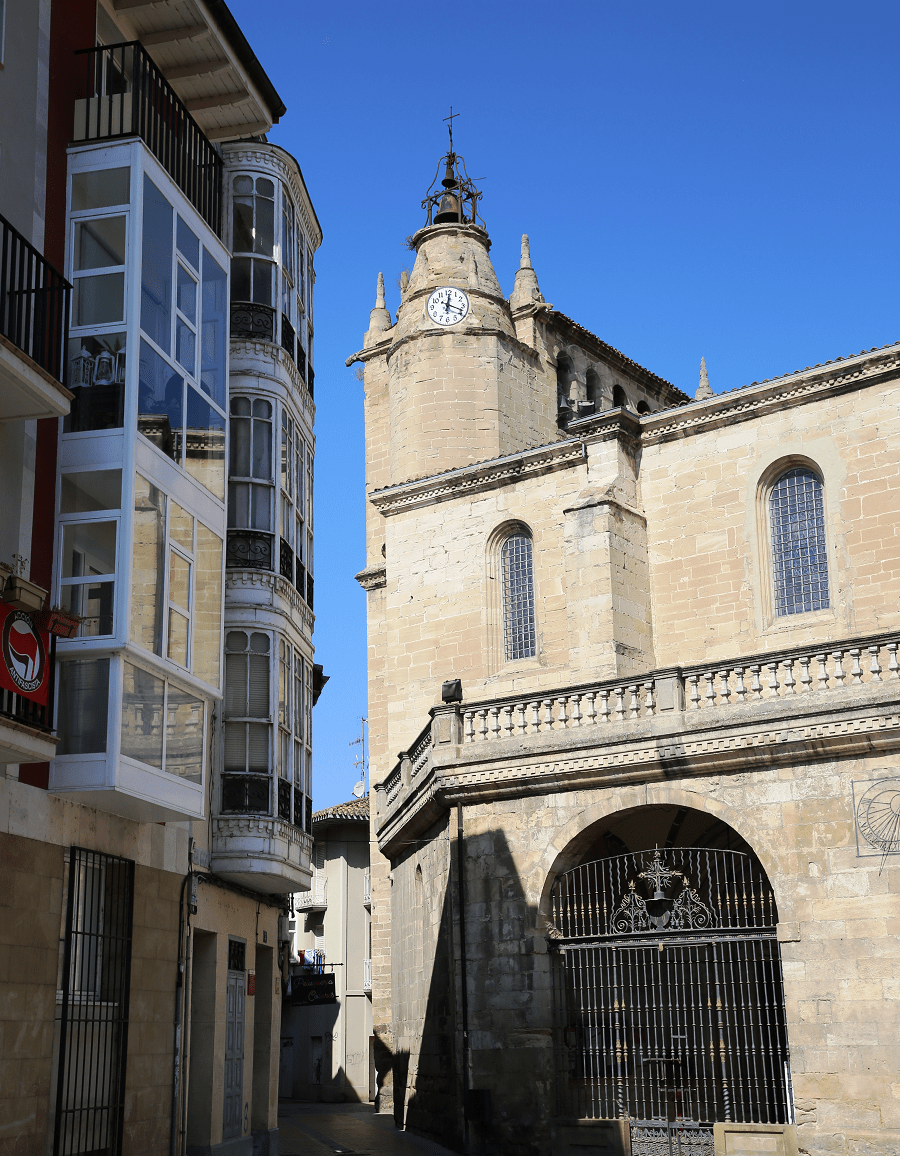 The Apollo Theater (also Teatro Salón Apolo) is the main theater of Miranda de Ebro. It is located in the historic center of the city, next to the church of Santa María. Built in 1921 and in a state of ruin since 1987, it was rehabilitated and reopened in 2015.

Where the theater is today, there was a recreational society and a small palace that burned to the ground on December 28, 1918. The owner of the estate, Doña Dolores Ángel-Zorrilla de Velasco, decided to build a new building dedicated to leisure. The new building was designed in 1920 by Fermín Álamo, an architect from La Rioja, and it was inaugurated on October 4, 1921. 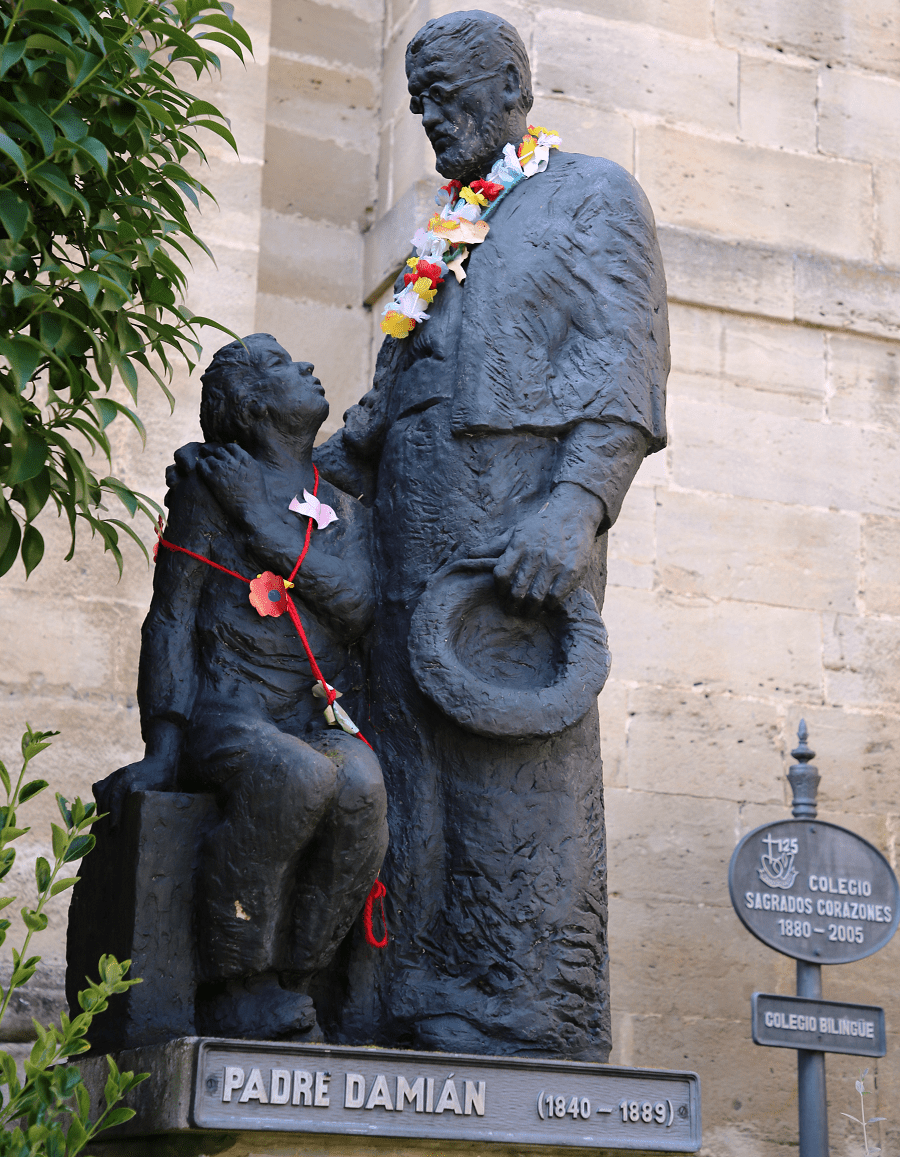 The stage has an area of 147 square metres, and the room has a capacity of 473 spectators distributed between the stalls and the boxes. It was built in the Italian style.

It is a case of Neoclassical architecture.

The Carlos III bridge is a bridge that crosses the Ebro river, between Aquende and Allende. It is situated between the so-called “English” or “iron” and “French” bridges. The original Miranda bridge was destroyed by a very strong flood in 1775. It was a strategic point in the north of the country. 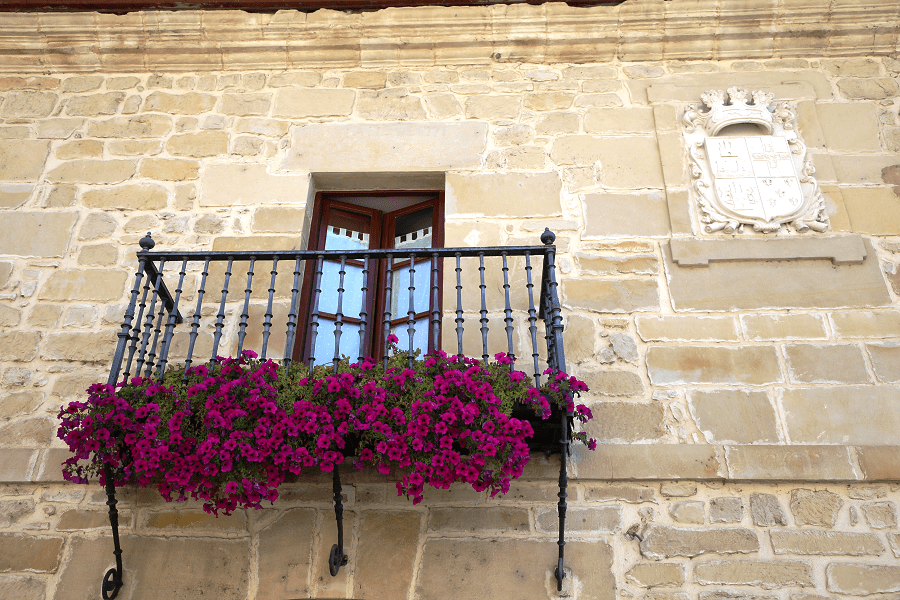 Next to the bridge, on the Allende shore, is the church of the Holy Spirit (until the Spanish Civil War it was called the church of San Nicolás), a beautiful example of Romanesque art declared a Historic-Artistic Monument.

The National Highway I passed through this bridge until 1953.

The Church of the Holy Spirit, historically known as the Church of San Nicolás (until the Spanish Civil War), is a temple of Catholic worship and predominantly Romanesque style located in Miranda de Ebro, declared a Historic-Artistic Monument of national interest on June 3, 1931,

San Nicolás was seriously damaged in a fire caused during the civil war in 1936; after remaining closed for 36 years, the temple was rehabilitated and reopened for worship in 1972 under the new invocation of the Holy Spirit, since that of Saint Nicholas had been awarded to a new temple built nearby in 1945. The apse, badly damaged by pollution and meteorological agents, was cleaned and restored in 2003. 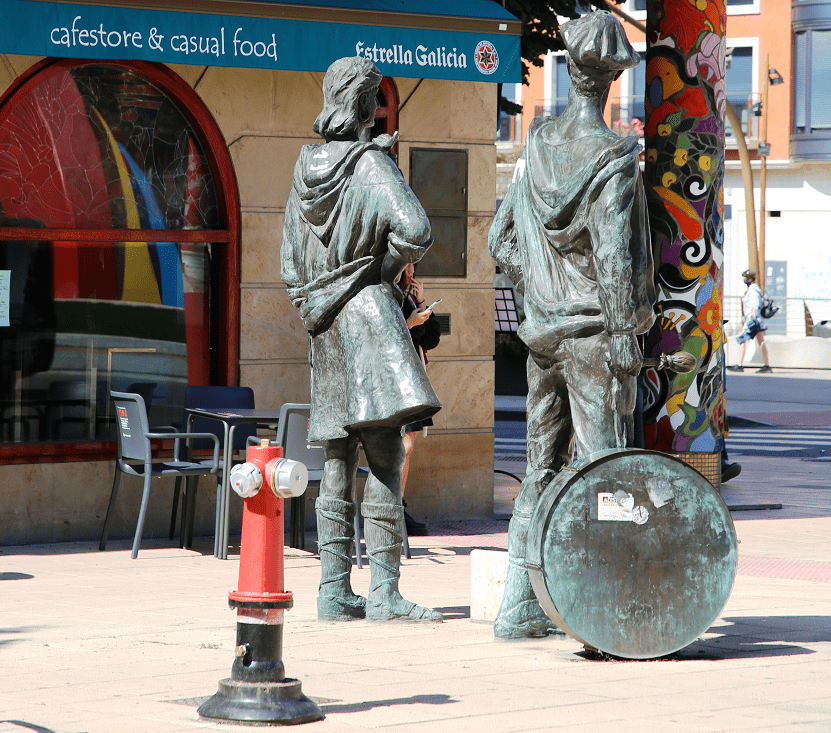 The church of Santa María, or Santa María de Altamira is a Catholic temple built in the 16th century in Renaissance style with elements of late Gothic art. It is located in the heart of the historic center of the city next to the Apolo Theater and stands out for its robustness, which gives it a fortress-like appearance. The bell tower and the choir are elements built in the mid-16th century.

The Church of the Sacred Hearts is a Catholic temple that dates back to the 16th century and is located in the old Convent of San Francisco. It is a temple built in a Renaissance and Baroque style, where the belfry stands out on the front of the church. 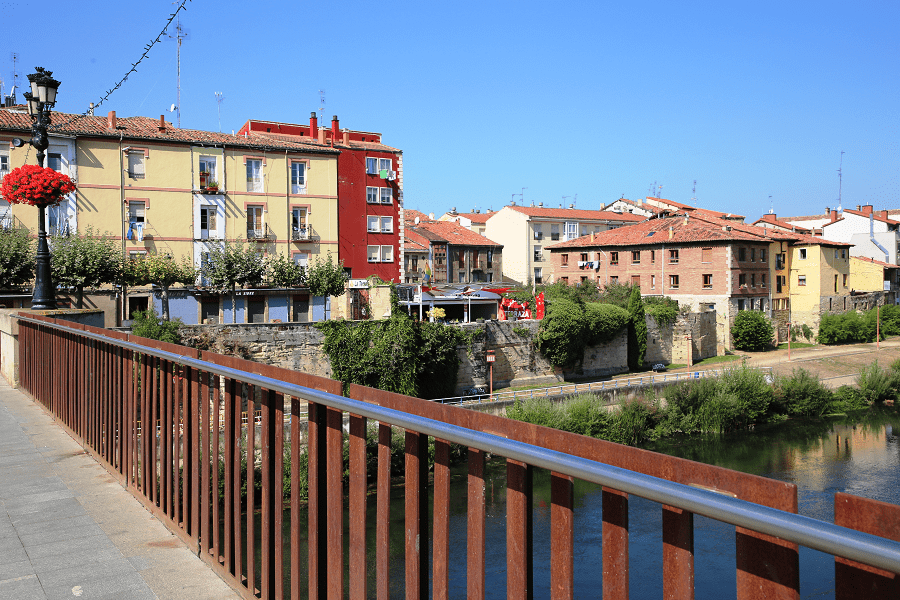 The Church of San Juan Bautista, commonly known as the Church of San Juan, is an ancient temple of Catholic worship and predominantly Gothic style. Declared a National Historic-Artistic Monument on April 17, 1982. Its current state is ruin. Currently, remains of the original temple, 19th century mansions and modern elements are mixed.

The Camino de Santiago has as its most famous route the so-called French Way, but this in turn is made up of many other routes, among which is the so-called Bayonne Route or Basque Jacobean Route, which crosses the town of Miranda de Ebro. 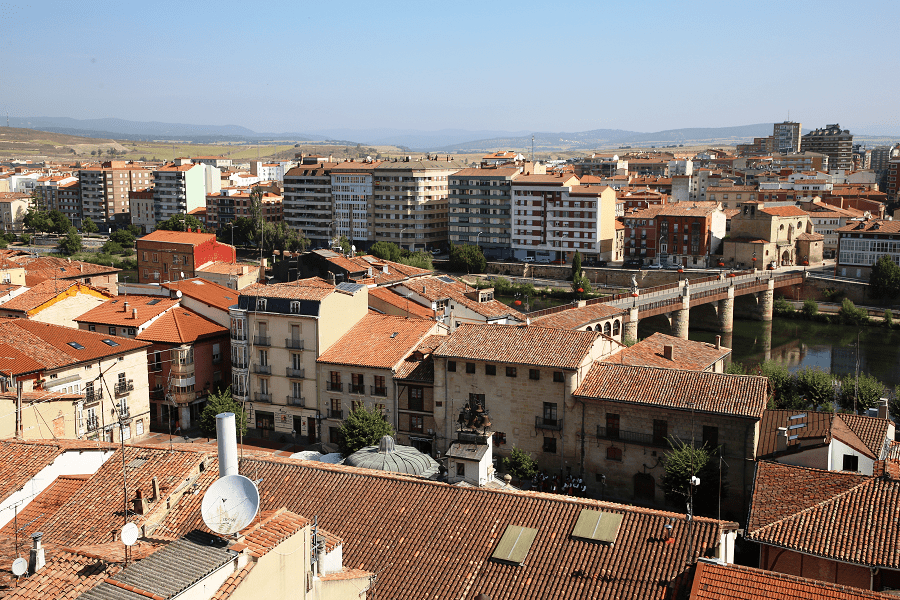 Although Miranda de Ebro has no airport of its own, Vitoria Airport is located only 35 kilometres away in Vitoria, which can be reached in under half an hour by the A-1 highway.

Other airports near the city include Bilbao Airport, Burgos Airport, and Logroño-Agoncillo Airport.

The Miranda de Ebro railway station is considered first class within the national rankings. Two lines, Madrid–Hendaye railway and Casetas–Bilbao railway, converge there. Since December 2007 the city has been connected to the main provincial capitals by the high-speed Alvia service. 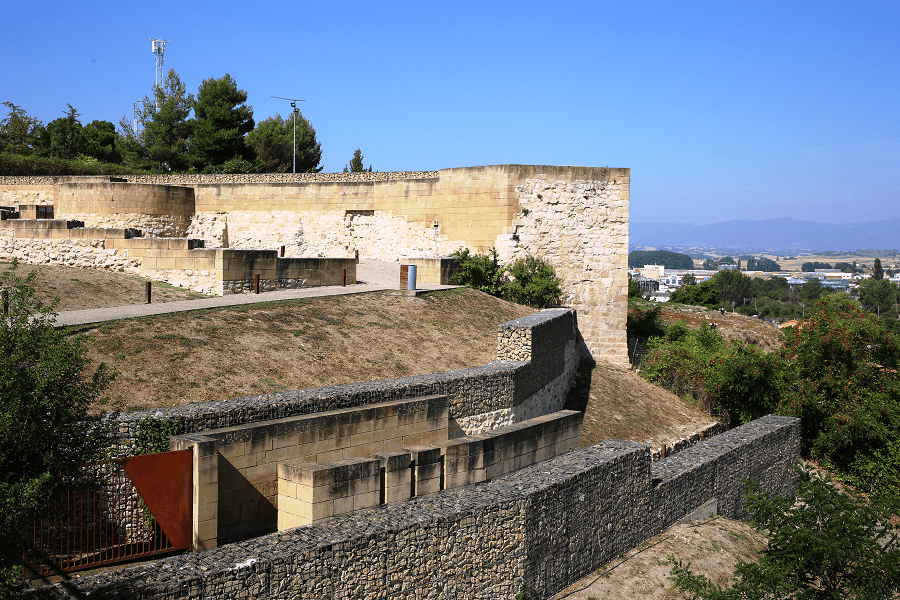 It also possesses an important distribution hub in its Merchandise Classification and numerous RENFE shops. The ADIF command post, which is in charge of traffic control for the whole of northern Spain, is located in Miranda’s railway facilities. 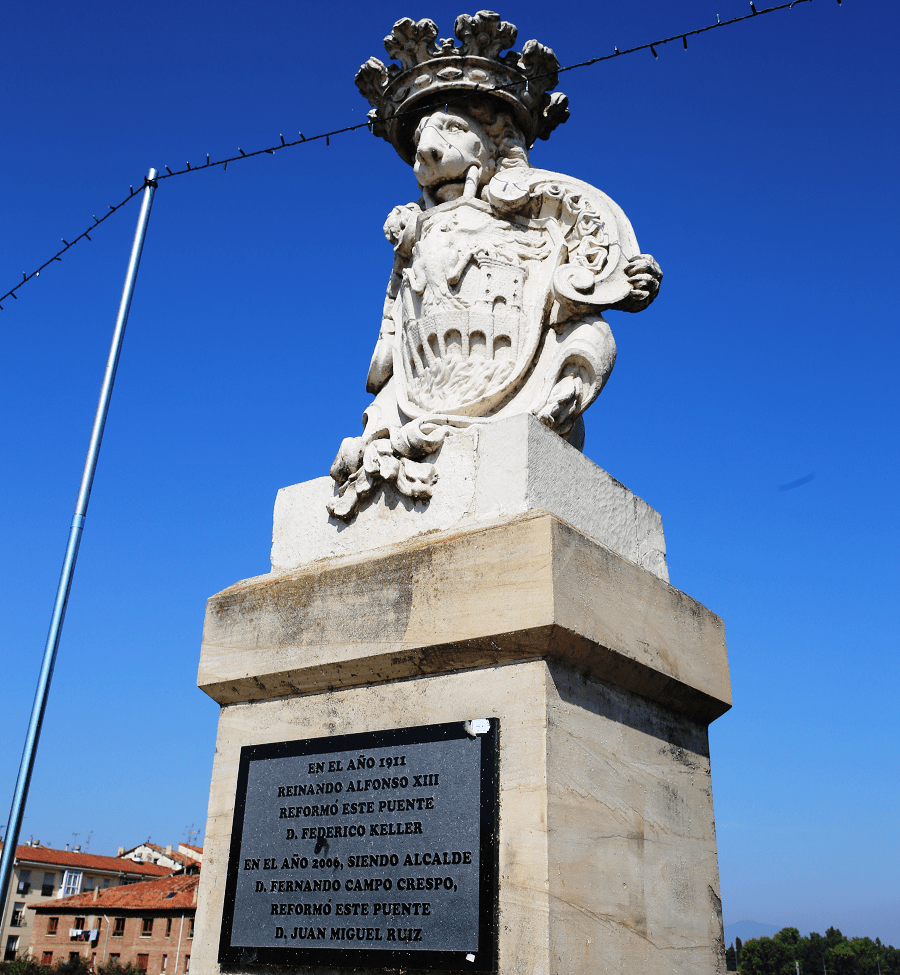 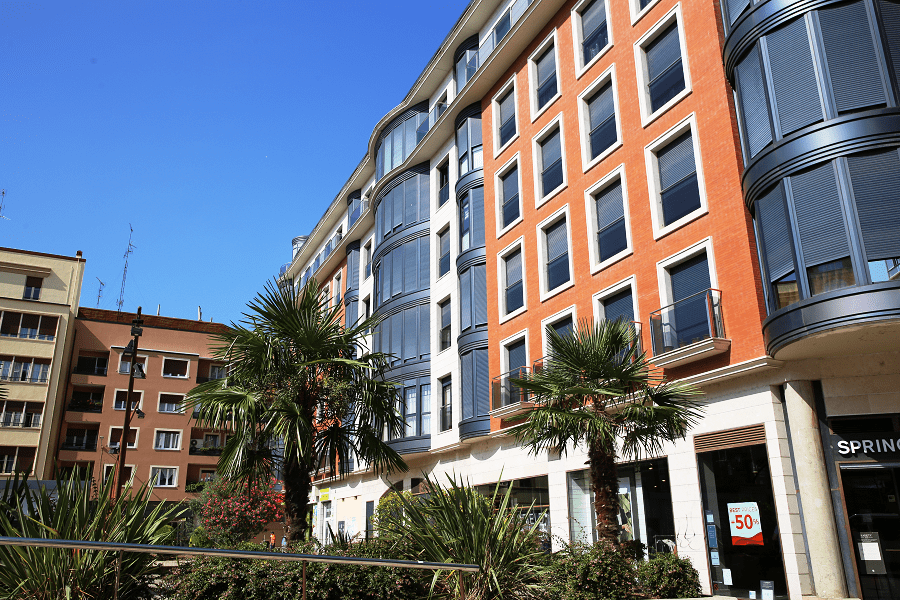