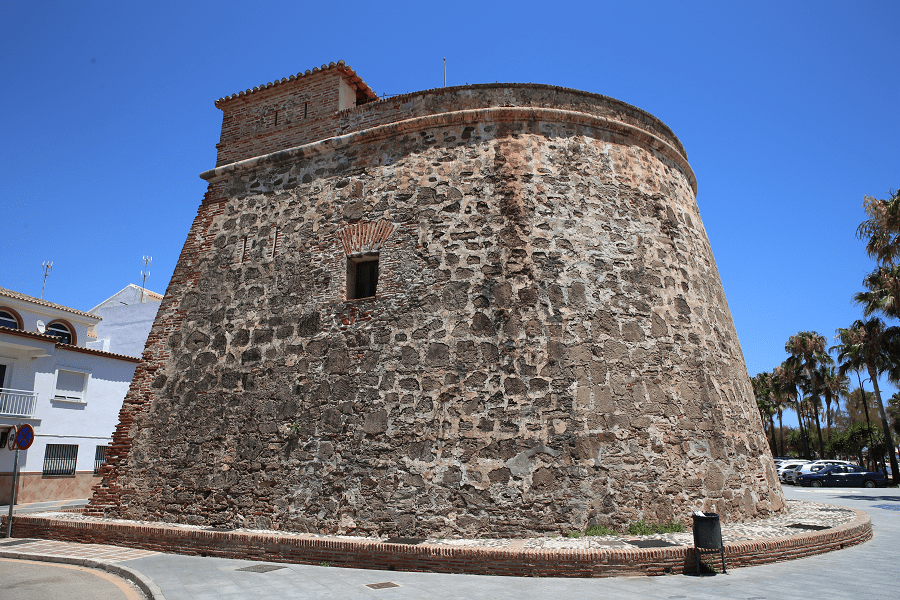 La Cala de Mijas forms part of the Municipality of Mijas in the province of Málaga, Andalusia, southern Spain.

La Cala is located in the coastal zone of the municipality, and except a few rocks is practically urbanized within a 12 kilometres radius. It sits between the limits of Fuengirola to the east, and Marbella to the west.

La Cala de Mijas was an agricultural and small, typically Andalusian white-washed fishing village, until the beginning of the Spanish tourist boom in the 1960s. 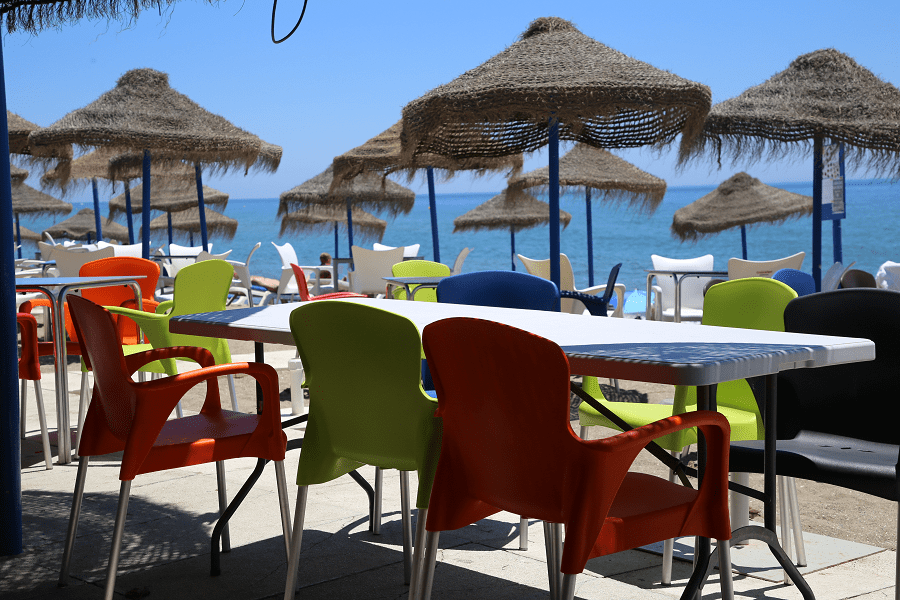 Historically it has been a place of defence, fortified with four towers along the coast Mediterranean coast of Andalusia, whose function was to give notice of the presence of enemy ships to the garrisons of Fuengirola, Benalmádena and Marbella. This was one of the places where the Berbers attacked. The towers are:

The Torre de Calahonda or Calahorra is a watchtower of Arabic origin synonymous with albarrana and which means isolated tower. It has been declared an Asset of Cultural Interest. It has a conical shape and a height of more than 10 meters. Built in masonry during the 16th century, it is part of the coastal surveillance system of the Spanish Mediterranean coast, which is made up of a chain of watchtowers, beacons, watchtowers and artillery towers, as well as castles. 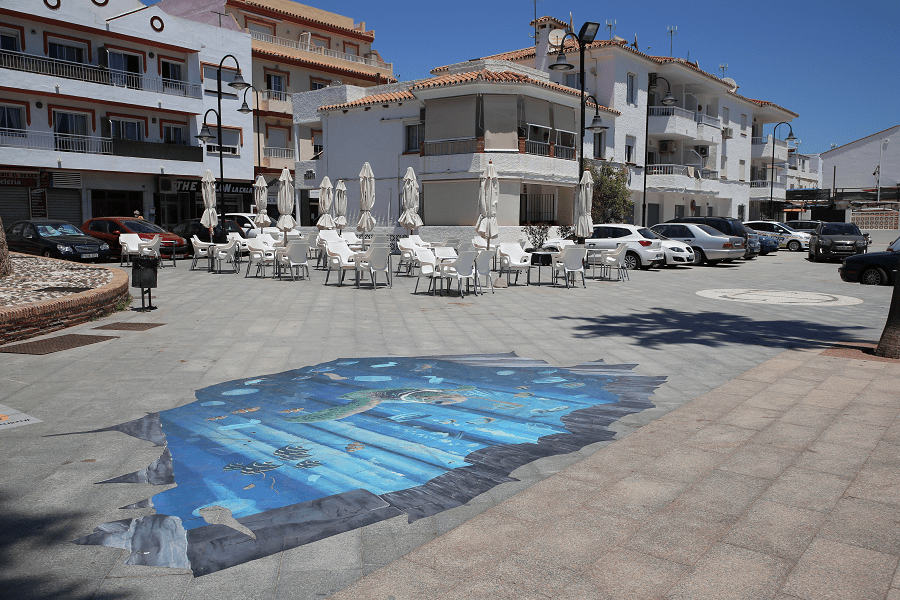 The new tower of La Cala del Moral, also called the Penta Pesetos tower and the Pesetas tower – is one of the towers that make up the defensive line of the Andalusian Mediterranean coast. It is probably the most modern tower on the Malaga coast, since it was built at the beginning of the 19th century, for customs surveillance purposes, according to some authors, although others affirm that it is an earlier work. It has a conical shape and a height of more than 10 meters. Its construction is made of masonry and it has been declared a Site of Cultural Interest.

The Battery Tower of La Cala del Moral or Old Tower of La Cala del Moral is a watchtower or artillery tower located in the town of La Cala de Mijas. It should not be confused with the town of La Cala del Moral, in the eastern part of the same province. It is a tower with a long half-circle plan and two spurs on the back. Built in the 18th century, its construction is made of masonry. The internal layout is made up of two floors and a roof terrace, the main room is located on the upper floor. The tower is part of the fortification line of the Andalusian Mediterranean coastline and like other similar towers it has been declared an Asset of Cultural Interest. 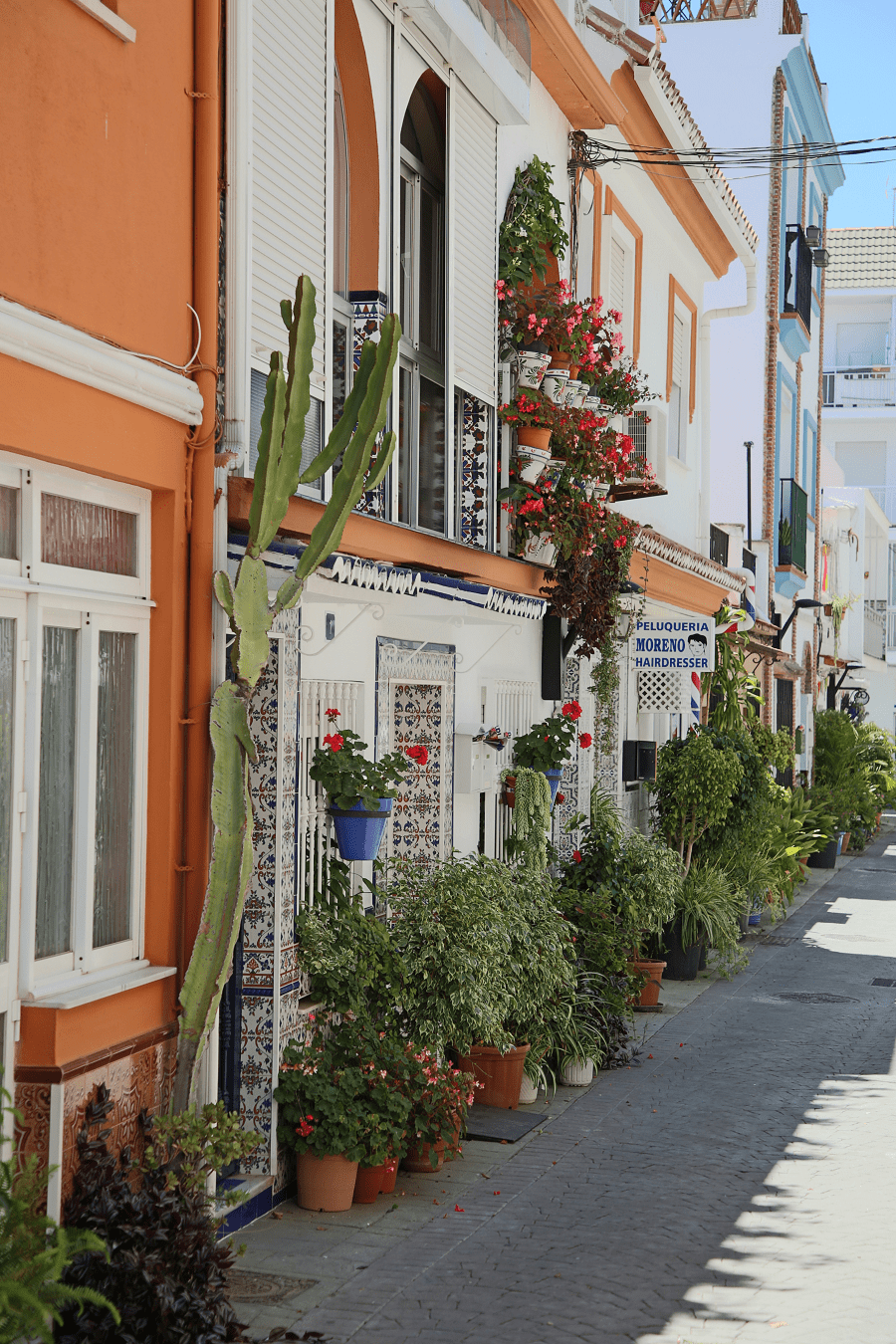 The Torre de Calaburras is a watchtower or beacon located at Punta de Calaburras, built in masonry, the tower is cylindrical in shape and exceeds 13 meters in height and 8 meters in diameter at its base. It belongs to a series of similar coastal beacons built at the beginning of the 16th century, which were part of the surveillance and defensive system of the coast of the old Kingdom of Granada. The tower was declared a Site of Cultural Interest in 1985. 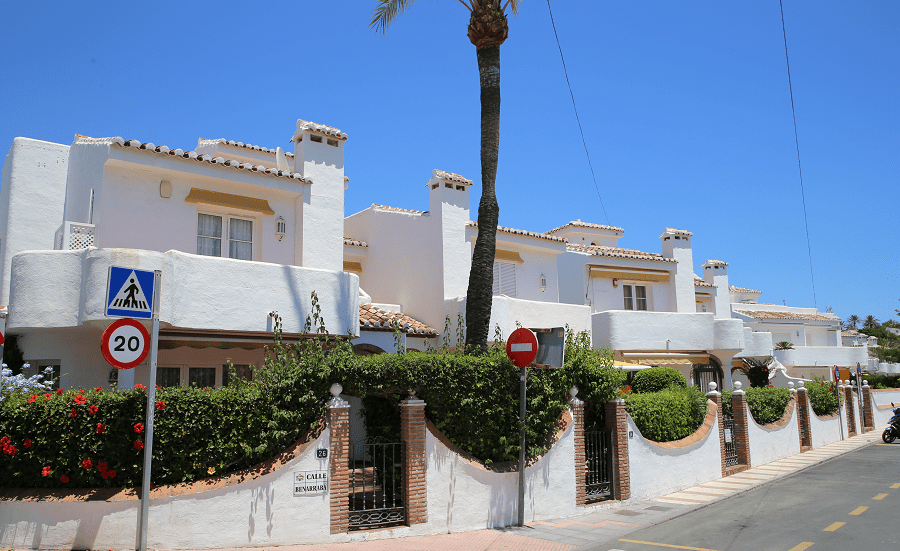 Its proximity to Fuengirola and Marbella make this place a more than recommendable tourist destination all year round. In Mijas, not only will we find fantastic beaches, but also great places where one can taste the best typical dishes in Malaga, specially if we decide to visit the village up in the higher area of Mijas. Down on the coast we’ll be able to try out the famous fried fish in one of the many beach bars or restaurants by the sea. 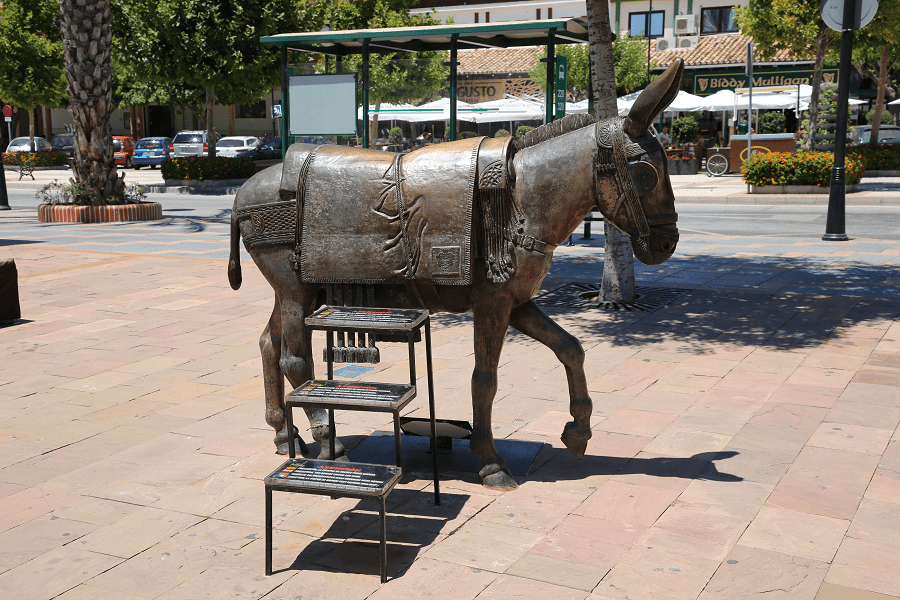 Calahonda. Its golden sand and crystal clear water make this beach the ideal place for a great day on the beach, whether it’s on your own or with the whole family. It has all the necessary services like showers, rubbish bins, sunbeds to hire, first aid, etc.

Cabo Rocoso (rocky cape). Beautiful landscape around this greyish sandy beach situated by the Cala Moral tower in La Cala de Mijas. The Cabo Rocoso beach has many services, such as a cleaning service that maintains this beach spotless every day of the summer; it also has sunbeds to hire. 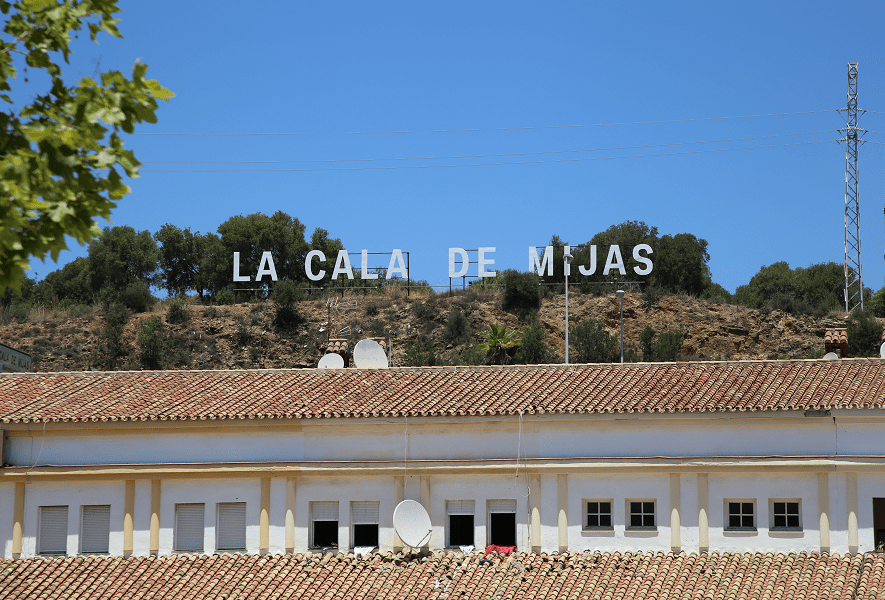 El Bombo beach. Dark sand and clean water that’s ideal for snorkelling. El Bombo beach has rubbish bins, sunbeds to hire, a nearby bus stop, easy access to and from the motorway, possibility of water sport rentals and beach bars, amongst other services. 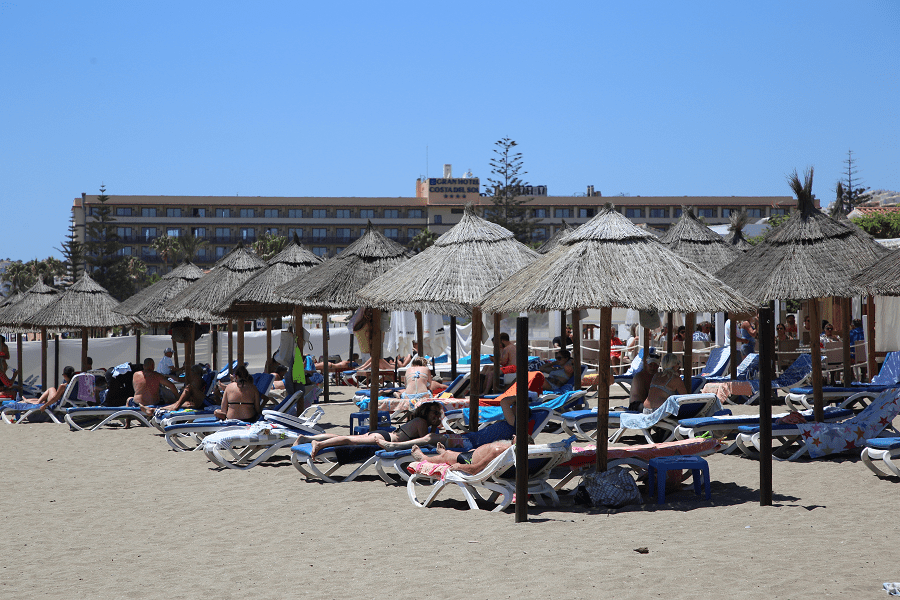 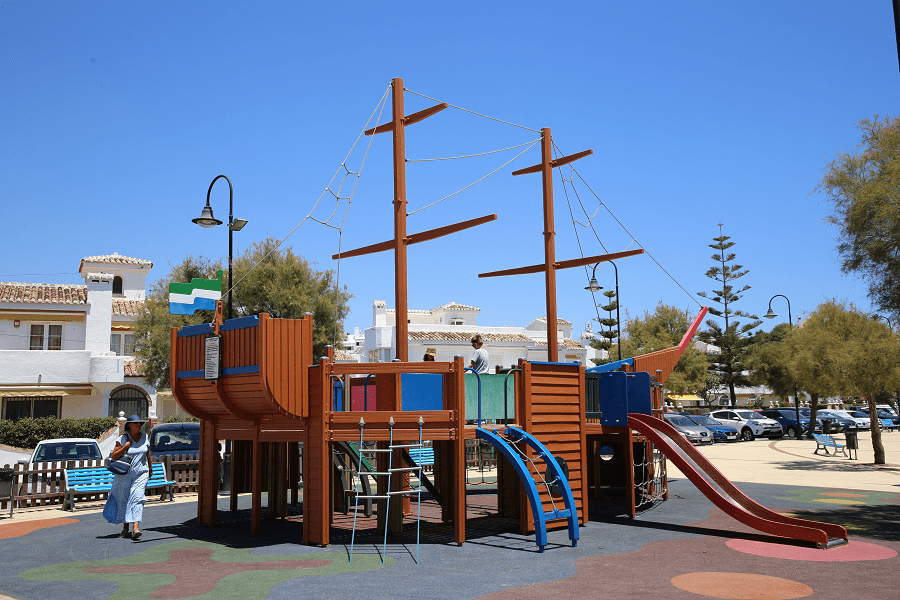